After a prolonged pre-season, the K League finally returns this Friday when champions Jeonbuk Hyundai Motors play host to FA Cup holders Suwon Samsung Bluewings. In a match that will put two of the division's rivals up against one another, expectations are high for this 2020 curtain-raiser. K League United's Head of Editorial Matthew Binns previews the encounter.

Unlike most teams, both Jeonbuk Hyundai Motors and Suwon Samsung Bluewings have played two rounds of competitive football earlier this year in the AFC Champions League group stages prior to the competition's postponement. Jeonbuk first welcomed J.League champions Yokohama F. Marinos to Jeonju back in February, with the visitors catching the Korean title holders off-guard with their high-pressing and fast counter-attacking playing style. Yokohama left with all three points after going 2-0 up before debutant and AFC U23 champion Cho Gue-seung pulled one back for his new side. The hosts also lost two players to red cards during the match but were spared further embarrassment thanks to the efforts of midfielder Takahiro Kunimoto and goalkeeper Song Beom-keun.

The North Jeolla team then headed down under to face A-League champions Sydney FC at the start of March, coming away with a 2-2 draw. Jeonbuk were able to take the lead through an own goal but were quickly pegged back before an unfortunate red card for Choi Bo-kyung saw Sydney earn a penalty and take the lead. The Korean side did not give in, however, and when winger Murilo saw his shot hit the post in the 90th minute, Han Kyo-won was there to level for the Green Warriors.

Mid-February saw Suwon Bluewings host J.League Emperor's Cup holders Vissel Kobe in a closely contested affair. Despite boasting the likes of Andres Iniesta, the Japanese side were unable to break Suwon's resolve for the majority of the proceedings. However, the Bluewings were eventually undone in the final minute by the visitors, leaving them with nothing to show for their efforts.

Suwon's Champions League campaign continued in early March when they travelled to Malaysia to face Johor Darul Ta'zim. The Malaysian champions made it difficult for their Korean visitors, taking the lead from the penalty spot after thirteen minutes. The Bluewings did pull level, however, through an effort from the player of the round Terry Antonis. Despite this, the home side were able to take the lead once more in the 71st minute meaning that Suwon are already left facing an upward struggle to progress in their AFC Champions League campaign.

In recent seasons Jeonbuk have tended to have the upper hand over their Suwon rivals, winning two and drawing one of their three meetings in 2019. Interestingly, Suwon will be afforded the chance to go above Jeonbuk if they win this match, which would make it the first time since April 12th, 2014 that they have been able to look down on the Green Warriors in the table. In those last six years, these two sides have played 22 league matches with Suwon winning on just three occasions. The last of these victories came on the final day of the 2017 campaign where the Bluewings were able to put a dampener of Jeonbuk's title celebrations, winning 3-2.

This rivalry has also been notorious for disciplinary issues in the past, with the fixture seeing eleven red cards over the course of the aforementioned 22 matches, the most recent of which was when these sides last played back in September. However, the hope is for a cleaner encounter this Friday evening.

In their recent pre-season friendlies, Jeonbuk Hyundai Motors manager José Morais has been employing a 4-3-3 formation, starting with the recently signed Lars Veldwijk upfront with wingers Murilo and Han Kwo-won to the left and right respectively. In the most recent friendly, the central three midfielders featured young defensive midfielder Lee Soo-bin, Son Jun-ho and reigning K League 1 MVP Kim Bo-kyung. Newly signed centre-back Koo Ja-ryong has also been afforded a starting berth in these matches which could indicate that he is set to play against his former club. Interestingly, the recently signed Takahiro Kunimoto has not featured in the club's last two friendlies against Chungnam Asan and Daejeon Hana Citizen, perhaps pointing to some doubts over his fitness ahead of this Friday's opener.

Suwon Samsung Bluewings' manager Lee Lim-saeng has also been experimenting in the off-season, employing a 3-4-3 formation featuring a front three combination of Han Eui-kwon, Kim Min-woo and last year's golden boot winner Adam Taggart. Across the midfield, Suwon have been playing Hong Chul, Ko Seung-beom, Terry Antonis and Myeong Jun-jae, with captain Yeom Ki-hoon absent from their recent two friendlies. It is also expected that Canadian centre-back Doneil Henry, signed from Vancouver Whitecaps during the winter window, is to make his league debut in this match. 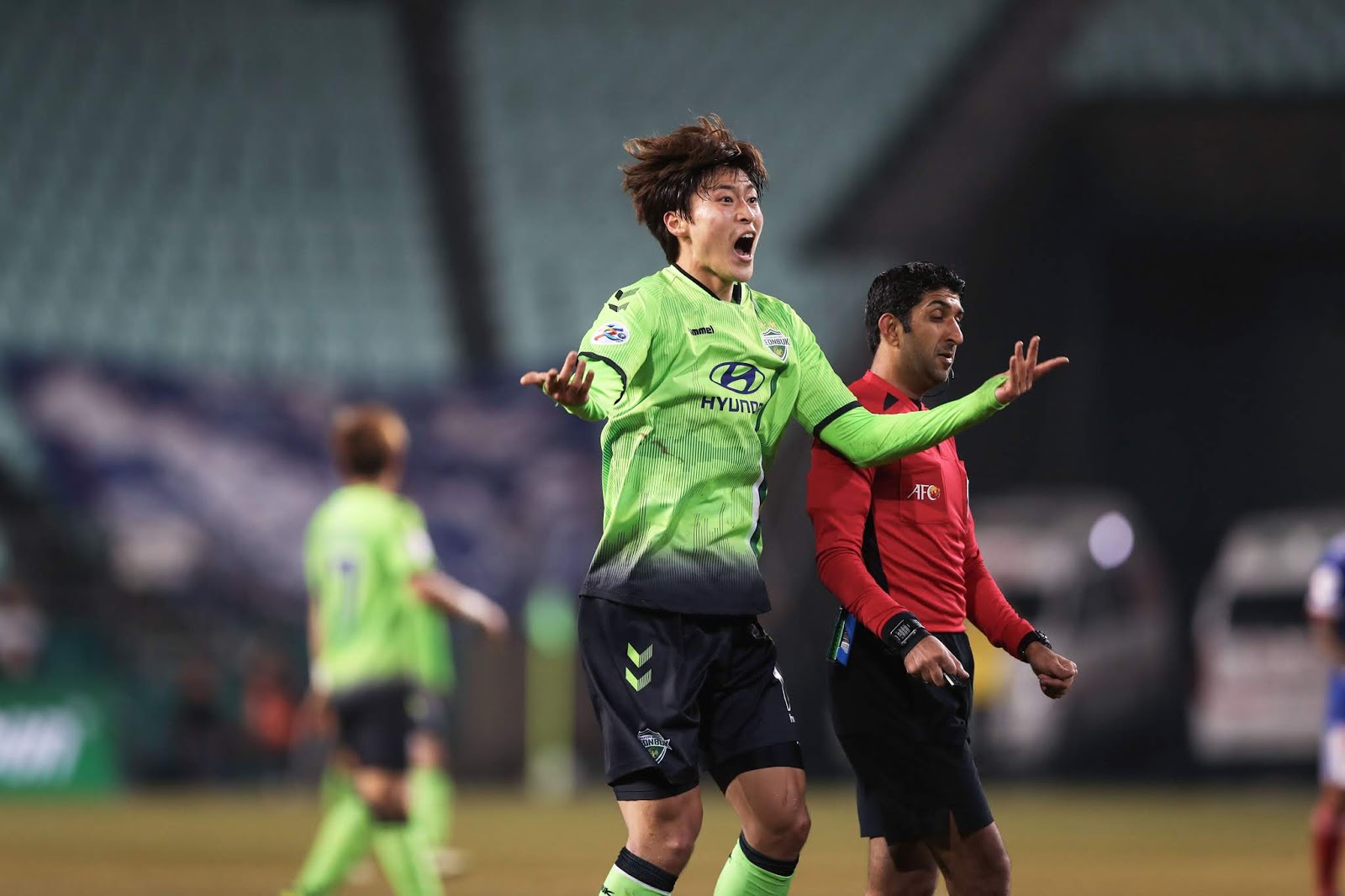 While he is not predicted to start, Jeonbuk's recently signed striker Cho Gue-seung is expected to feature for some part of proceedings after some encouraging showings in their AFC Champions League matches. Cho's first professional season last year with K League 2 outfit FC Anyang caught the eye of many as he racked up 14 goals in 33 appearances, cementing a spot in Kim Hak-bum's U-23 Korea side for the Asian Championships last January. With South Korea winning that tournament, and Cho scoring along the way, champions Jeonbuk swooped in for the youngster and are hoping he can now replicate his form in the top flight.

[Read: AFC U23 Champions in the K League] 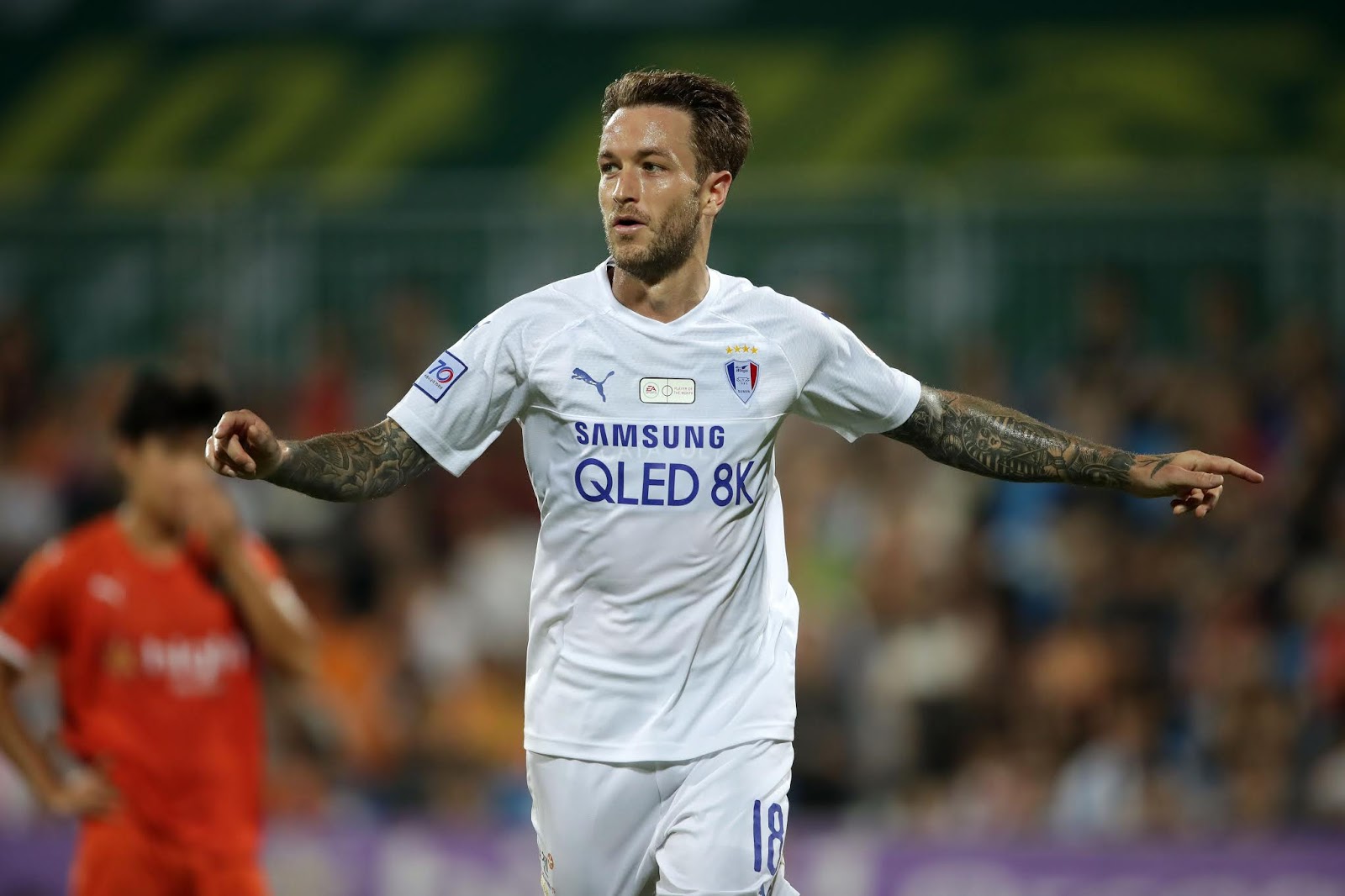 For Suwon, all eyes should remain focused on Adam Taggart. The Australian striker had one of the best seasons of his career in 2019, claiming the K League golden boot at a canter with 20 goals and working himself back into the Australian national team setup in the process. Having been unsuccessful in finding the net in Suwon's two Champions League outings this year, Taggart has been finding his form in pre-season, scoring three times in Suwon's recent friendlies which could see him hit the ground running on Friday.

After a longer than expected pre-season, both of these sides should be fit and raring to go come Friday evening. History suggests Jeonbuk should have the upper-hand but they will know full well not to underestimate their rivals. The champions are naturally expected to be favourites for this clash, however. Regardless, both teams have strengthened in the off-season, particularly Jeonbuk, which should make for an entertaining affair for all.

This match will be available worldwide with English commentary on the K League's official YouTube and Twitter accounts. Kick-off is at 7pm KST, Friday 8th May.