Reigning champions Jeonbuk Hyundai Motors play host to table-toppers Ulsan Hyundai in the penultimate match before the K League 1 divides into two ahead of the final phase of games. With just five points separating the sides, the Green Warriors know they need to arrest their poor recent form to find a result and stop Ulsan from gaining a significant advantage but Ulsan head to Jeonju fired up with the title in their sights, potentially making for one enticing clash this Tuesday evening. K League United's Head of Editorial Matthew Binns previews the encounter.

Jeonbuk Hyundai Motors extended their winless run to three matches with a hard-fought draw against Gwangju FC. It proved an entertaining affair for the neutral fan with the Yellows taking the lead within three minutes thanks to a delicately lobbed shot from Eom Won-sang before the Green Warriors levelled seven minutes later through a Han Kyo-won rebound header. Jeonbuk then took the lead thanks to an own goal when backtracking Gwangju captain Yeo Reum turned Lee Yong's low cross into his own net. However, Gwangju restored parity before half-time when Hong Joon-ho was allowed too much time to tap in Lim Min-hyeok's free-kick.

The hosts restored their lead fifteen minutes of the second half thanks once more to Eom Won-sang. The youthful winger burst free at pace on goal to slot calmly beyond Jeonbuk 'keeper Song Beom-keun. However, the North Jeolla side were able to find an equaliser through Brazilian striker Gustavo moments later. Both sides had opportunities to snatch the points, with Gustavo's close-range bicycle kick being easily saved and Gwangju striker Felipe's injury-time header hitting the post but, in the end, both sides were forced to settle for a draw.

With news of Jeonbuk dropping points once more hours earlier, Ulsan Hyundai kicked off their match with Daegu FC knowing that a win would see them extend their lead at the top of the K League 1 table to seven points. However, Daegu were far improved from recent weeks and looked to challenge their opponents. Ulsan eventually took the lead thanks to an own goal from Kim Jae-woo after Kim turned in Park Jeong-in's square ball across the box. However, Daegu rallied and, despite striker Dejan being denied by a fantastic save from former Daegu 'keeper Jo Hyun-woo, were eventually able to level things from the penalty spot after Won Du-jae was deemed to have fouled Park Han-bin in the area. August player of the month Cesinha calmly converted. There were few further chances for either side with a draw proving to be the most fitting result.

Jeonbuk have held the advantage over the Hornagi in recent meetings, with Ulsan last winning a clash between the pair back in May 2019, claiming a 2-1 victory. However, the last time they ran out winners in Jeonju stretches back to August 2017 where Lee Jong-ho claimed the only goal of the match.

Jeonbuk are still the only side to inflict a loss upon Ulsan this season, defeating them 2-0 back in Round 9. Ulsan centre-back Kim kee-hee saw red early on for his foul on Kim Bo-kyung, allowing Jeonbuk to make the most of the man advantage. Han Kyo-won opened the scoring before Takahiro Kunimoto closed it in the dying moment of injury time.

Jeonbuk are close to a full bill of health heading into this clash although Son Jun-ho's exclusion from the squad in the previous round does lead to some concern over his availability. There are also question marks hovering over certain areas of the team after going winless in their last three. The search for Kim Jin-su's replacement with the role having been shifted between Choi Chul-soon and Lee Ju-young so far, with Choi starting there against Gwangju and the most likely to feature here. José Morais continues to have a dilemma when it comes to fielding a U22 player, with Cho Kyu-sung being his preferred choice of the youngsters available, yet unable to rely on him as the main striker. Cho was fielded on the left-wing against Gwangju and Morais may see this as the best option in order to select his preferred striker Gustavo.

Kim Do-hoon is expected to make few changes from the side that drew to Daegu at the weekend. Yoon Bit-garam and Shin Jin-ho are predicted to return to the creative midfield spots whilst centre-back Dave Bulthuis is likely to replace Kim Kee-hee. Hong Chul is also likely to return to the starting eleven, replacing Park Joo-ho at left-back. Doubts remain over the availability of Kim In-sung, however, who has been out of the last three matchday squads.

Can Ulsan hold their nerve? 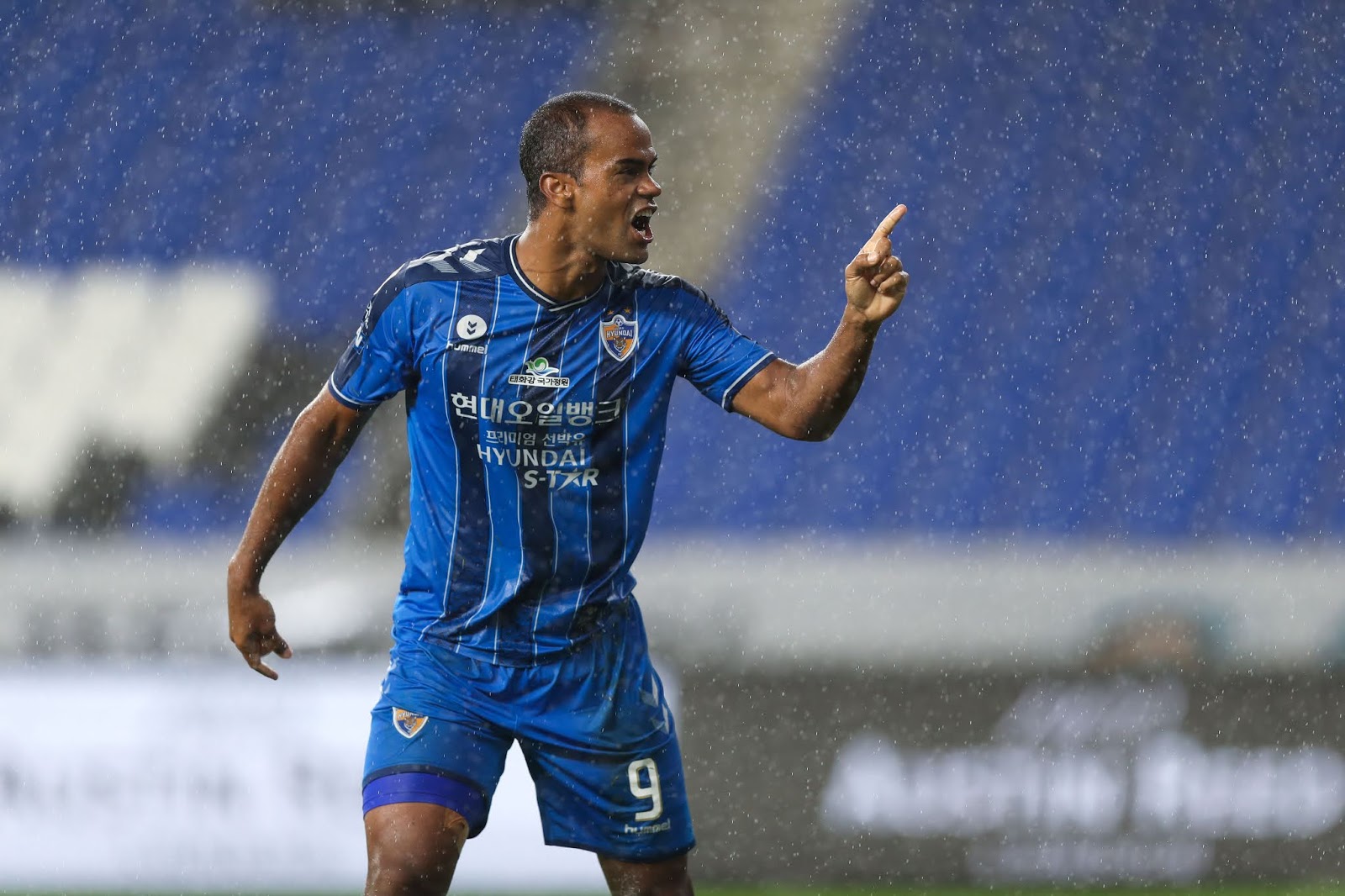 After the disappointing final day collapse at the end of last season, handing the title to Jeonbuk whilst losing substantially to their East Coast Derby rivals Pohang Steelers in the process, manager Kim Do-hoon has done well to rally and rebuild his side into the most formidable force in Korea at present. That said, they still need to show they can overcome Jeonbuk, a side that has continued to show their champion-pedigree and hold their nerve when the pressure is at its highest. It is telling that Ulsan's only defeat of this season remains their 2-0 loss to the Green Warriors and the Horangi will undoubtedly want to set the record straight on Tuesday evening. Overcoming Jeonbuk would not only hand them a significant advantage in the title race, extending their lead to eight points, but would also perhaps help them push through the mental block that has seemed to have blighted them in recent seasons. This is Ulsan's moment to shine. The question is whether they will seize this opportunity.

If Ulsan are to find any joy on Tuesday, it may well come from targeting Jeonbuk's left-back position. While all of Jeonbuk's woes cannot be pinned fully on one departure, the exit of Kim Jin-su three rounds prior has seen them lose one of their most talented individuals while leaving a void that the club has struggled to fill. Not only that, Kim also added to Jeonbuk's attacking dynamic, assisting and creating chances with his crossing ability. Without him, not only the champions have looked more exposed defensively, they have looked far blunter in attack. With the Korean transfer window closed, Jeonbuk's backup options Lee Ju-young and Choi Chul-soon are now set to prove themselves across three competitions. However, with Ulsan's Lee Chung-yong set to be attacking this position when these sides meet, it could prove the key to the Green Warriors undoing.

Form suggests that this should fall firmly in favour of the visitors yet Jeonbuk's track record of finding results when the stakes are at the highest once again makes this too difficult to call. Regardless, Tuesday night is set to see perhaps the biggest game of the season so far with fans and neutrals alike hoping that it can live up to its lofty billing.