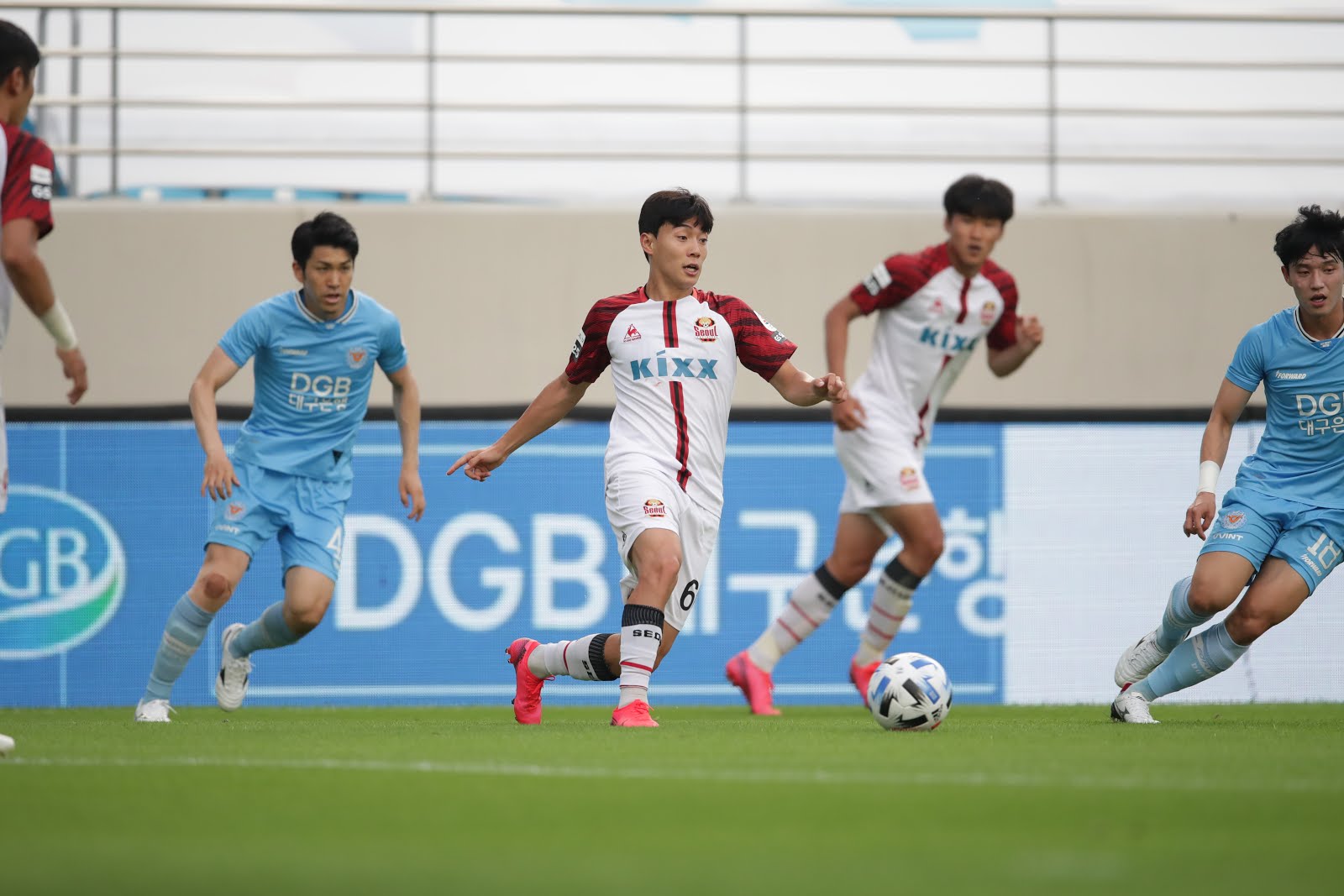 With five teams still vying for the sixth and final spot in the top half before the league splits, Round 22 of the Hana 1Q K League 1 season may be the best yet! K League United Editor in Chief Ryan Walters highlights the match, team, and player to watch this Sunday.

Regular Season: 12 teams play each other twice for a total of 22 games each. The league then splits into Final Round A and B.

Final Round A: 1st-6th placed teams play each other once over five game weeks to determine the league champion and AFC Champions League places (1st-3rd in league).


Match of the Round 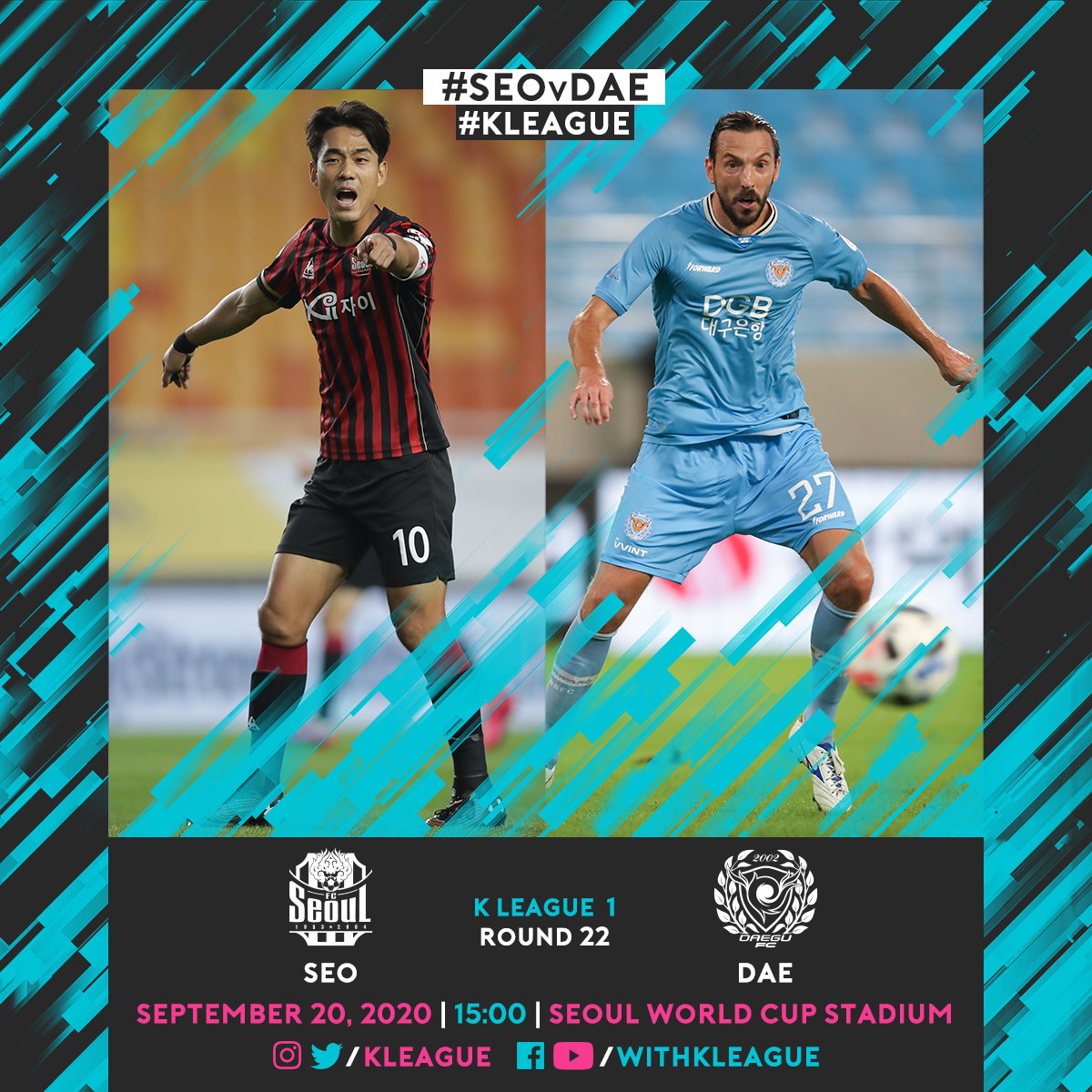 Following a 1-0 Gyeongin Derby loss midweek, FC Seoul return home to face Daegu FC in a match they must win to finish in Final Round A. After an encouraging three match winning streak in August, the capital club have taken full points just once in five encounters; the 2-1 victory over relegation-threatened Suwon Samsung Bluewings in Round 20. An individual moment of brilliance from Han Seung-gyu was the difference that night, and with Ki Sung-yueng removing himself from the Incheon match due to a muscle injury, Seoul will need to lean on the Jeonbuk Hyundai Motors loanee heavily again this weekend. A hefty responsibility for the 23-year-old considering Seoul have been held scoreless in three of their previous five matches and were thumped 6-0 by Daegu in Round 6, but as Han Seung-gyu has showed time and again this season, he's well capable of surprises.


Fifth-placed Daegu FC enter the match in a considerably different state having finally ended their six match winless streak with a 3-2 victory over Seongnam FC last time out. The win was enough to guarantee them a spot in Final Round A, and got their push for AFC Champions League qualification back on track. With Sangju Sangmu automatically relegated this season, a fourth place finish would be enough for the Sky Blues to return to international football in 2021. A win this weekend could see that gap shrink to just two points with a head-to-head against fourth-placed Pohang looming post-split.

One man set to play a key role in all of this is veteran Dejan Damjanović whose brace against Seongnam put him just three goals away from the 200 mark in K League. It was the second time this season the Montenegrin bagged a brace, and should he push that one goal farther this weekend for a hat-trick, he could net his 200th goal against the team he earned his legendary status with. Hear his thoughts on the match and much more in the latest episode of the K League United Podcast. 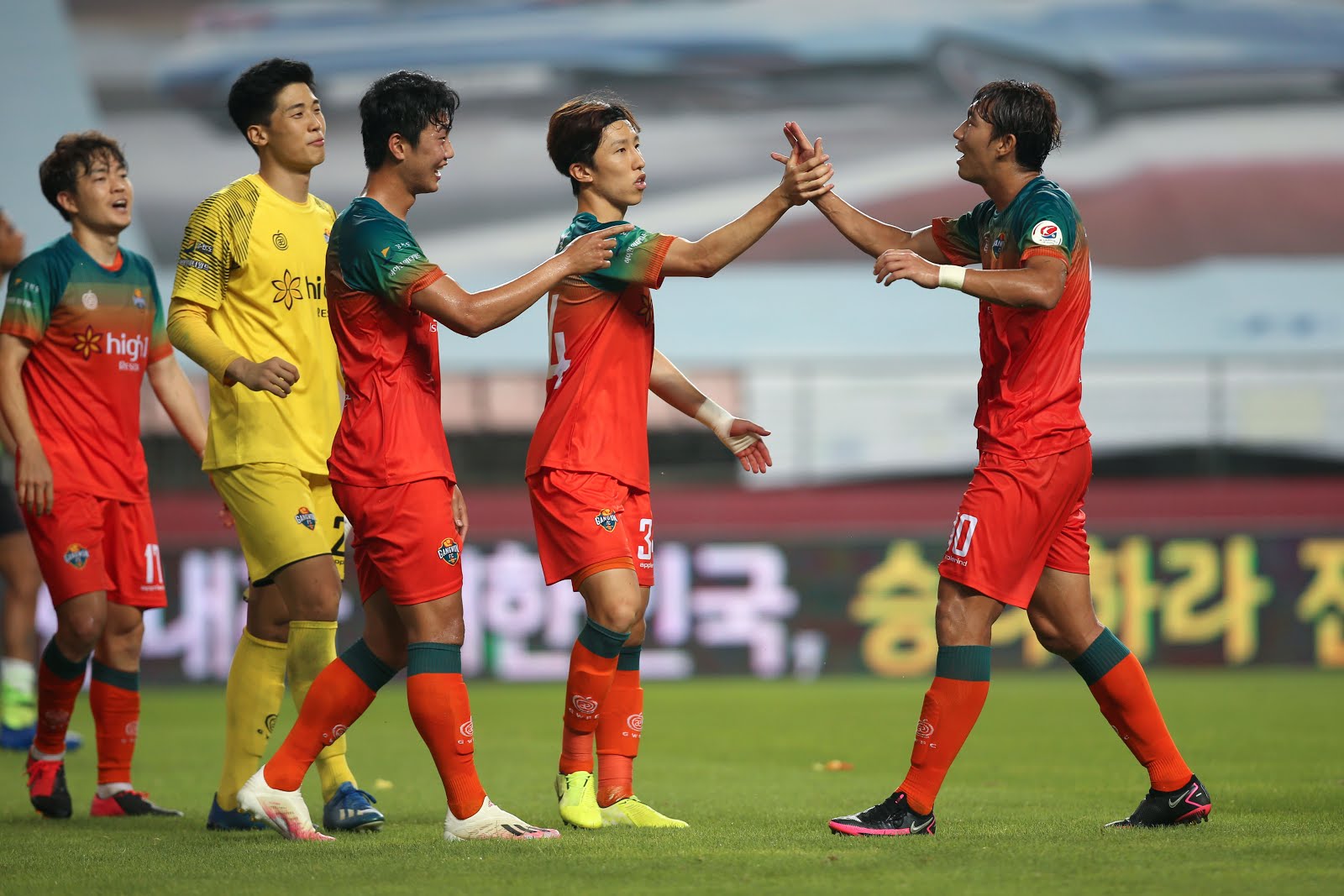 For all of their flaws (of which there are plenty), Gangwon FC rarely fails to entertain. Whether it's Cho Jae-wan capturing the world's attention, or being on the wrong side of a 4-2 thriller, Gangwon have given K League fans plenty of highlights this season. Lee Yeong-jae's match winner against Busan last time out not only further cemented the club as must-watch, but it also set them up to defend their Final Round A position in Round 22 instead of attempting to claw their way into the top half as so many teams below them now need to.

Gangwon have their possession-based, attack-minded, and entertaining brand of football to thank for setting them up so well this weekend. While they are currently tied on points with FC Seoul, they have a superior goals scored record (the tie breaker in K League 1) with 26 to Seoul's 19. Gwangju have also netted 26 times this season, but are two points behind Gangwon on 22.

Put more simply: win and you're in. Squaring off against a struggling Suwon side that have scored just twice in five matches, this should be a doable task for Kim Byung-soo's men. Just don't expect it to be easy nor without drama.


Player of the Round 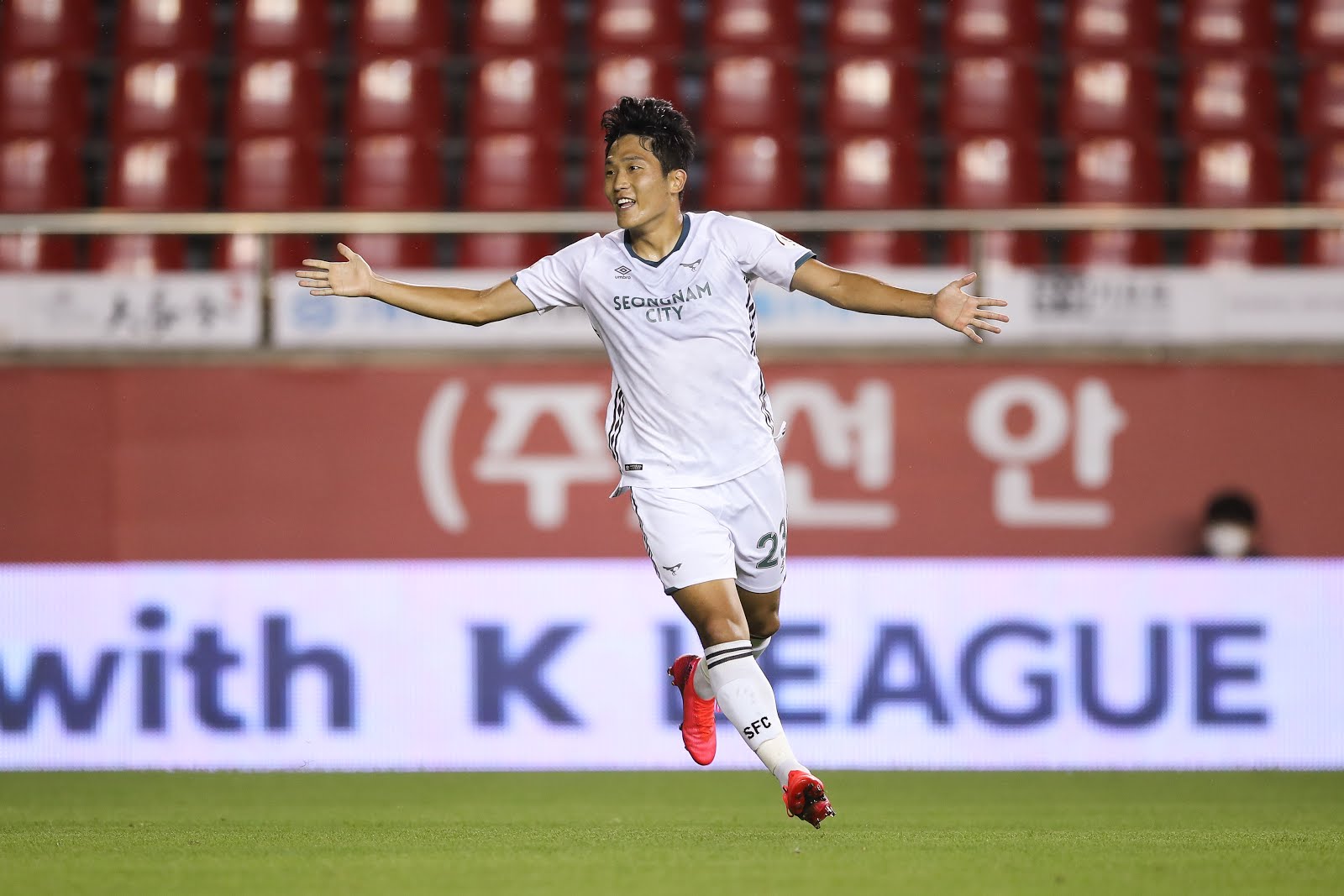 With another highlight reel goal last time out, Na Sang-ho has well and truly found his feet back in K-League after a fruitless stint with with J1 League's FC Tokyo. Still just 24-years-old, Na is far from finished developing his game, and has taken significant strides at a club continually punching above its weight this season. His five goals in 13 appearances leads the Magpies, and has provided the attacking threat previously missing from Seongnam's otherwise well-rounded approach.

Unfortunately for him and his teammates, three of Na Sang-ho's goals have come in losing efforts, and they remain just short of the top half with few others stepping up. If the results are to change, he will have to shoulder even more of the burden himself. This weekend's match against an adept Gwangju side that recently drew against Ulsan and Jeonbuk provides the perfect opportunity for Na to make the transition from promising young talent to polished match decider. 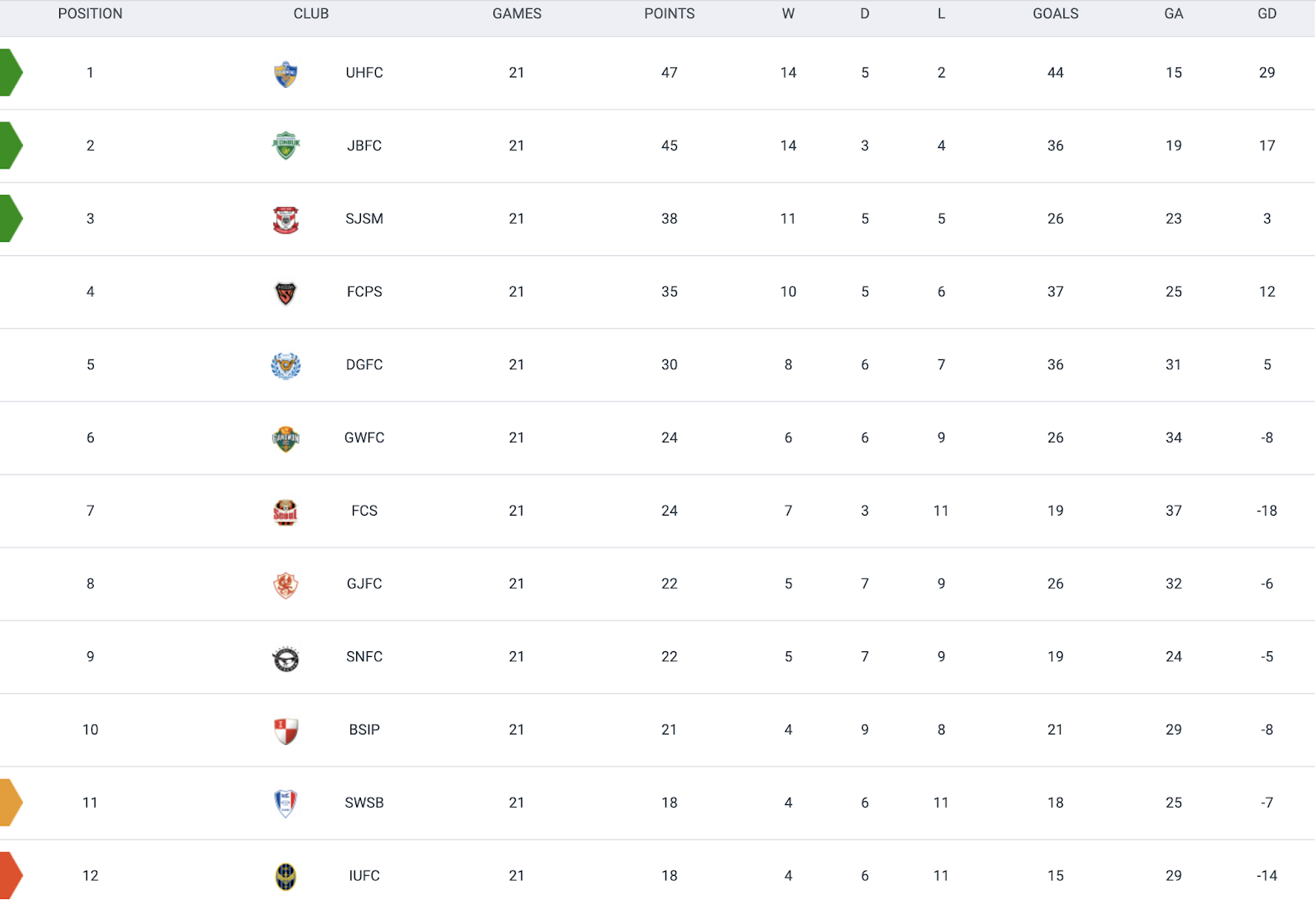 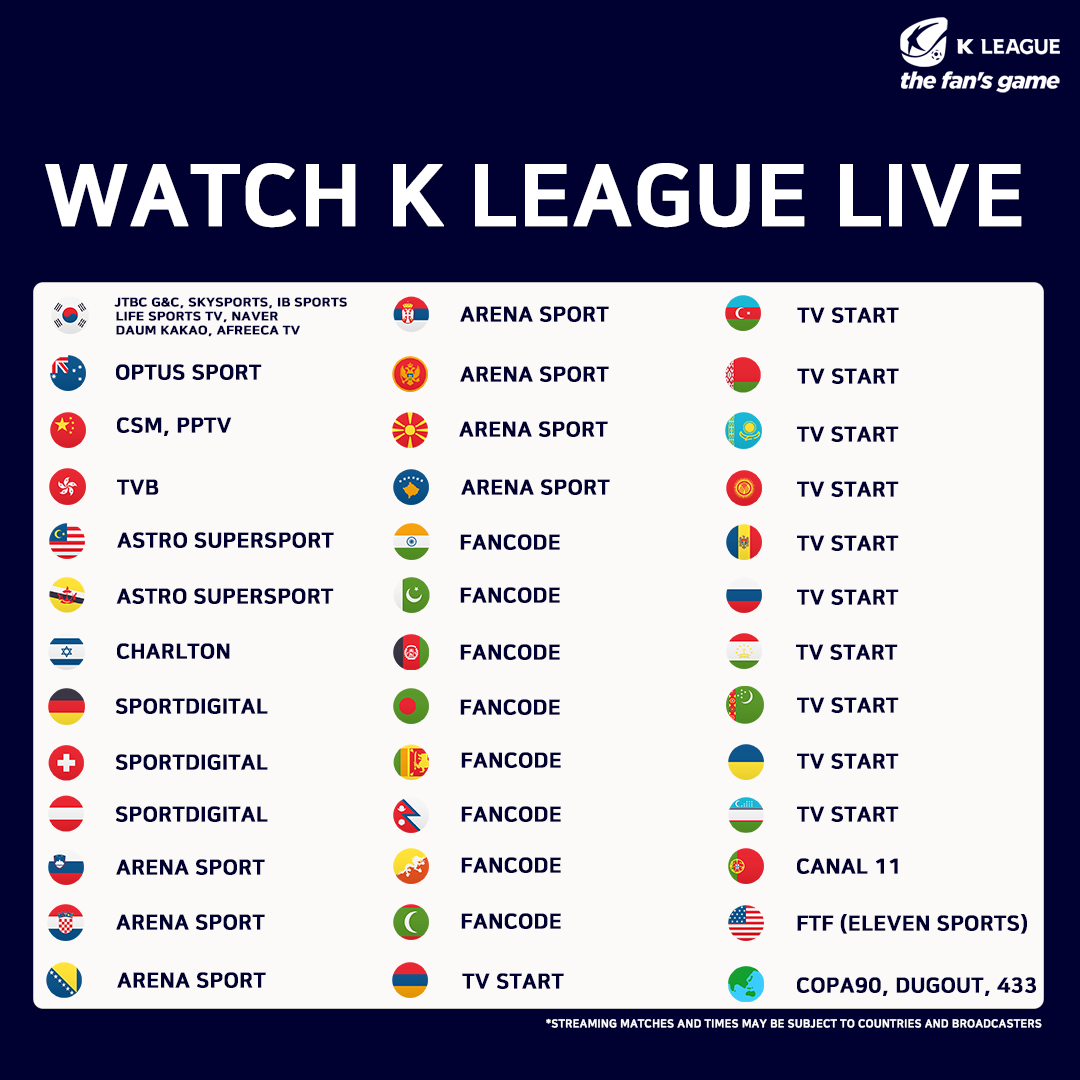