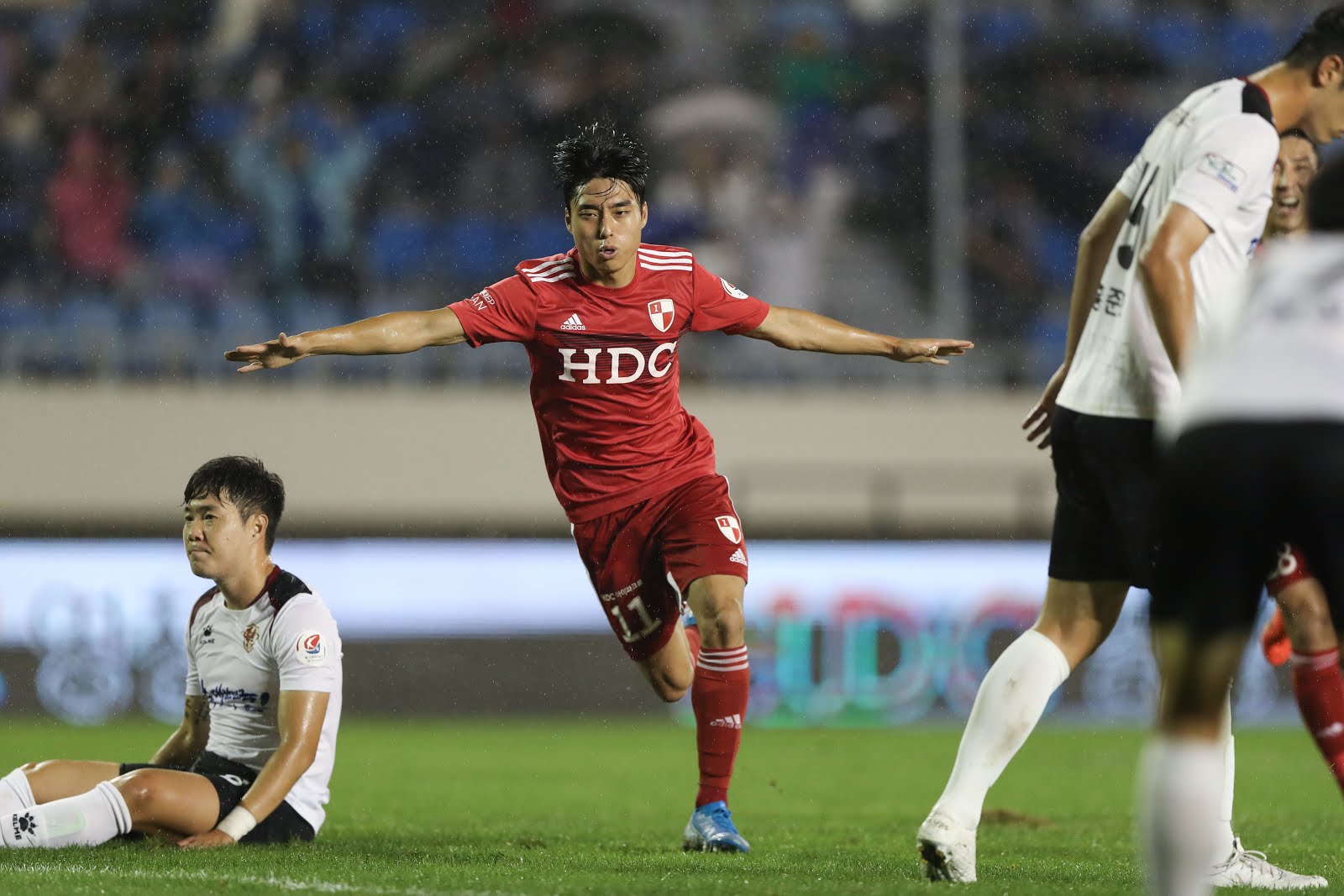 Korea Republic claimed their first AFC U23 Championship title in Thailand this January with a squad almost entirely comprised of K League talent. As they prepare to continue their club careers this season, Ryan Walters takes a look at every domestic-based player on the roster and what to expect from them in 2020.

Already a two time K League champion, Song Bum-keun is between the sticks for perennial favorites Jeonbuk once again this season. Much like his team, Song is likely focusing on the AFC Champions League (ACL) this season as it's one of the few trophies this 22-year-old has yet to add to his collection. Should he have the Golden Glove worthy season many expect of him, he could become part of the senior national team and may well earn the big money move overseas Jo Hyeon-woo was expected to make last year.

With Noh Dong-geon the unquestioned starter for Suwon and 28-year-old veteran Yang Hyung-mo the backup option, An Chan-gi appears set for another season of learning from those ahead of him in the depth chart. However, with Suwon's return to ACL, the club finds themselves fighting on three fronts and An could get a chance to start an early round FA Cup match should he do well in training.

The man who headed home Korea Republic's U23 Championship winner returns to Daegu with lofty expectations. Having already logged over 2,000 minutes in his first season with the club, Jeong will be depended upon to solidify a backline that can no longer rely on the shot-stopping talents of Jo Hyeon-woo behind them following the keeper's move to Ulsan. Bringing two seasons of ACL experience along with his time in Thailand this winter, the 194cm center back seems up for the challenge.

Much like his international and domestic teammate, Jeong Tae-wook, Kim Jae-woo looks set to play a big role for Daegu FC this season. After logging nearly 2,000 minutes for Bucheon 1995 in K League 2 last season, the former SV Horn defender earned a spot on the U23 roster and made the most of it in limited minutes. Part of the squad that shut out China PR and held former champs Uzbekistan to a lone goal in Thailand, Kim is now set to make his K League 1 debut and will need to hit the ground running to keep Daegu where they want to be in the league table.

Yoon was a regular for manager Choi Yong-soo last season logging over 2,000 minutes as part of a rather stingy defense. Still just 21 years of age, expect more of the same this year as he ensures FC Seoul meets their U22 player quota. However, this shouldn't suggest he's there simply to make up numbers. Already positionally sound for someone his age, look for him to work on his abilities moving forward under Choi's preferred three-man backline.

One of few Jeonnam players remaining after the club cleared house this winter, Lee is part of manager Jeon Kyeong-jun's youth movement. Having logged over 1,500 minutes in a porous defense the previous two seasons and now over the age limit for the U22 quota, Lee will need to use his experience to step into a more prominent role this year. K2 will be closely contested again this season, but with the vastly improved organization Jeon put in place at the end of 2019 and Park Jun-hyuk in net behind him, Lee You-hyeon appears ready to step up.

The young man that captained the U23s to success in Thailand maintains the weight of responsibility as one of the focal points of another ambitious project: reinvigorating Seoul E-Land. Undoubtedly persuaded to join the 2019 K League 2 wooden spoon recipients by manager Chung Jung-yong – who led Korea Republic to the U20 World Cup Final – Lee is well primed for a strong season. His loan to E-Land marks the second stint away from his parent club Ulsan Hyundai after spending last season with J2 League side V-Varen Nagasaki. Playing closer to home and with a team that could surprise in K League 2, this season serves as an opportunity for the youngster to show he's ready to break into Ulsan's lineup in 2021.

The youngest member of the Championship team, Kim Tae-hyeon joins his U23 captain in Seoul this season. While Daejeon Hana Citizen didn't live up to expectations last year, a then 18-year-old logging 10 starts and nearly 1,000 minutes says a lot about where he already is as a pro. Under the leadership of Chung Jung-yong and with several other ambitious youth prospects around him, Kim Tae-hyeon should continue his growth as a pro this season and may well break the 1,500 minute mark.

Already five years into his professional career at just 22-years-old, Kim Jin-kyu is set to make his return to K League 1 with the only club he's ever known. An integral part of Busan's promotion push, Kim logged over 2,000 minutes in back to back seasons and chipped in 11 goals over the stretch as well. Given the lack of a proven K League 1 goal-scorer on Busan's roster, 2020 would be an ideal season for the young midfielder to increase his attacking output.

No stranger to big matches, Jeong Seung-won already has winners medals from AFC U23 and the FA Cup to add to his K League 1 and ACL experience. An essential cog in the machine that was Daegu FC last season, Jeong is set to play a vital role for the club this season as they attempt to remain successful despite losing manager André Gaspar and longtime keeper Cho Hyun-woo. His calm under pressure, transition play, and ability to hit key passes will be essential for Daegu to play on the counter once again this year.

A U20 World Cup finalist and K League 2 title winner in his first professional season, Um Won-sang is now poised to see if he can help keep his club in the top flight. Finding minutes in K League 1 when he struggled for them in K League 2 may be a bit of an undertaking, but with the U22 quota in effect and not many on the roster to take that spot from him, Um will likely see the field more for Gwangju this season.

After featuring in all 36 matches and logging over 3,000 minutes for Gwangju FC in 2018, Kim Dong-hyeon's 2019 with Seongnam FC marked something of a setback. While he was plying his trade in a higher division, he wasn't able to get anywhere near the productivity of the season before. Trusted by U23 manager Kim Hak-bum to start some of Korea's most pivotal matches, including the final against Saudi Arabia, Kim Dong-hyeon will hope to build the success in Thailand into a rebounding domestic campaign.

Kim Jin-ya joins a crowded and extremely talented FC Seoul midfield already boasting full national teamers Go Yo-han and Ju Se-jong. A year after establishing himself as a standout defensive mid with Incheon United, Jin-ya is set to compete with fellow youngsters Han Chan-hee and 2018 Young Player of the Year Han Seung-gyu for minutes in the middle of the park. With the majority of the aforementioned midfielders likely to roam farther up the field, Kim Jin-ya's opportunities are most likely to come as a defensive mid in manager Choi Yong-soo's preferred 3-5-2.

Reportedly on the move to MLS' Vancouver Whitecaps to join countryman Hwang In-beom, the 22-year-old midfielder is at a crucial spot in his career. He's no longer eligible for the U22 quota in K League this season and may see a dip in minutes because of it. However, it's a risk to leave the developmental opportunities at Ulsan and move abroad at such a young age. That said, his ability to separate from defenders and calm in possession would suggest he's ready for a step up. Will be interesting to see where he lands.

The AFC U23 MVP is set to play his first professional season on Korean soil after a three year stint in the Japanese second division with Avispa Fukuoka. With US international Mix Diskerud and 2019 K League 1 MVP Kim Bo-kyung parting ways with the club, and Lee Dong-gyeong close to an exit, this seems a prime season for Won to step into a prominent midfield role. Yoon Bit-garam has also been brought in to supplement the team's losses and Won should thrive playing alongside the veteran.

FC Anyang was the surprise package of K League 2 last year in large part because of its rookies Cho Kyu-sung and Maeng Seong-ung. While Cho made the move to Jeonbuk, Maeng remains on a new look Anyang side that will be depending on him to keep things consistent in the midfield as they sort out what an entirely new attack will look like in 2020.

It's back to K League 2 for Kang Yoon-seong after just one season in the first division with Jeju last year. That should not, however, seem like bad news for a player who is still developing and had his strongest season in the second division in 2018. Given the wealth of talent Jeju have this year, Kang is well primed not only to learn from the veterans the club has brought in, but to continue to get meaningful minutes in what's expected to be a promotion push.

The reigning K League 2 MVP is well primed for his first season in the top flight after a stellar 2019. After two decent seasons with Busan, Lee Dong-jun burst onto the scene last year racking up over 3,000 minutes and netting 13 goals on a team with plenty of other scoring options. On top of his fine league form, Lee showed a depth to his game in Thailand coming on as a super sub and making an instant impact with a match winner against China. His performance last year has clearly given him the confidence to compete at a higher level; now it's time to see if that can last an entire season in K League 1.

Much like Daegu FC itself, Kim Dae-won has been on a steady rise in recent years. 400 minutes in 2017 turned into three goals and 1,500 minutes in 2018, which lead to nearly 3,000 minutes and four goals in his 2019 campaign. The Sky Blues will need that trend to continue this year as they look to push into ACL contention, something they barely missed out on last season largely due to a lack of goals. Having netted the match winner against Australia in Thailand and scoring against Melbourne Victory and Guangzhou Evergrande in ACL, Kim has shown he's not shy on the big stage. It's just a matter of how frequently he can find joy this season.

Used somewhat sparingly in the U23 tournament, Cho Kyu-seong was a steady and at times unstoppable force in his rookie campaign for FC Anyang last season. His 14 goals led the team and were enough to earn him a move to Jeonbuk where it appears he will take on as many minutes as he's ready for. The club brought in Lars Veldwijk to carry most of the attacking burden, but Cho is still likely to see the field often getting the U22 minutes Song Bum-keun occupied a year ago. With just one season under his belt, it's yet to be proven if Cho can consistently score in the first division, but it would seem he'll at least be given the chance.

The only outfield player to appear in all six of Korea's U23 matches, Oh Se-hun picked up his international career where he left it after a breakout U20 World Cup. Scoring a match winning brace on his birthday against Uzbekistan gave Korea top spot in Group C and was the highlight of his tournament on paper. However, watching his hold up play and off the ball movement through all six matches showed a maturity and understanding well beyond his 21 years. With the likes of Jeon Se-jin, Lee Keun-ho, and Moon Seon-min providing service to him at Sangju this season, expect far more than the seven goals he netted for Asan last year.