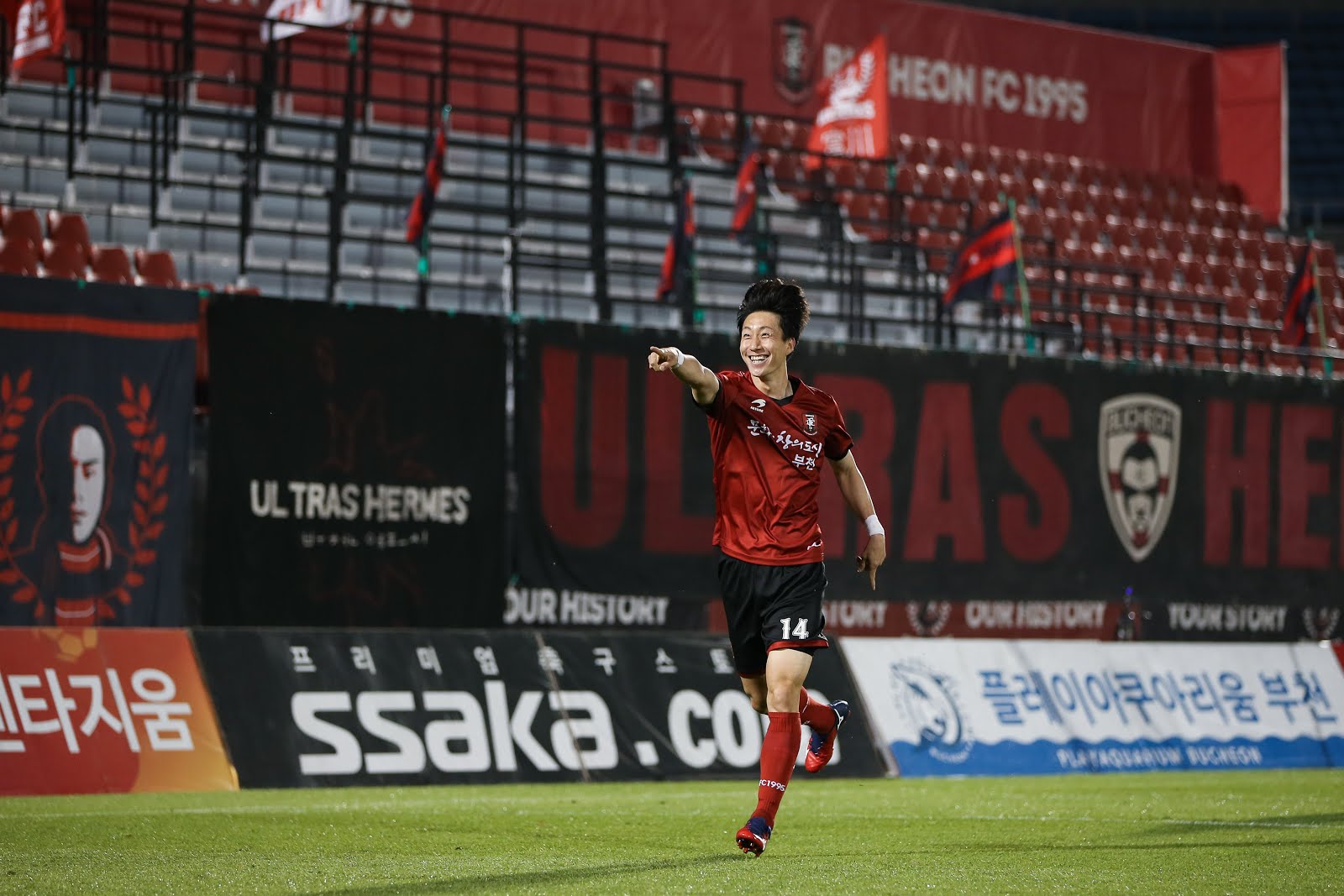 Round 10 of the 2020 Hana 1Q K League 2 campaign sees teams facing each other for the second time with a much better understanding of how they want to play, and more importantly how their opposition is likely to set up. K League United's Ryan Walters previews all five matches on the slate this weekend.

Two teams looking to bounce back from losses last time out square off in Changwon this Saturday as Gyeongnam FC host Seoul E-Land. The Reds enter the match winless in four in all competitions and still struggling to sort things out defensively. They've conceded six in their previous two matches, and have held just one clean sheet all season. Meanwhile, Seoul have scored in each of their away matches and put two past Gyeongnam in the reverse fixture back in May. Coming off of two frustrating losses in a row, look for the Leopards to keep things even in the first half and ramp up the attack in the second half.

Suwon FC welcome Chungnam Asan to town this weekend looking to continue their winning streak. Suwon have won four straight and five of their previous six in all competitions outscoring their opponents an astounding 20-5. Granted 10 of those 20 came in their shutout victory against lowly Hyochang FC, but doubling up your opposition 10-5 is still pretty good; especially when considering one of those opponents was Incheon United from K League 1. Striker An Byong-jun will unquestionably be the focus of Chungnam's defense this Saturday as the North Korean continues to find the back of the net and stay on top of the Golden Boot race. Something that should greatly concern Asan manager Park Dong-hyuk since his side the league's second worst defense with 15 conceded in just 9 matches. They have been much better of late with Jeju United the only team to score more than once against them in the Owls' previous eight matches. If they can keep that up, it should be much closer than the 5-0 result the last time these teams met.

The second installment of K League's newest rivalry kicks off this Saturday as Jeju United host Bucheon 1995 for the first time ever. Both teams come into the weekend having won last time out. For Jeju, they extended the fantastic run of form that has seen them rocket up the table all the way to second getting their seventh win in eight matches in all competitions with a 2-1 result against FC Anyang. Bucheon, on the other hand, ended a four match winless streak that included an FA Cup loss to K4 side Ulsan Citizen last time out. The surprising 1-0 victory came over Daejeon Hana Citizen and could be the spark that gets Bucheon back into contention for top spot. Especially if they can follow it up with a win against the division's hottest team and their arch nemesis. It was a very narrow 1-0 win for the Islanders last time these teams faced off, so there's plenty to suggest Bucheon could pull off back to back upsets.

FC Anyang and Jeonnam Dragons are set to square off for just the sixth time in history with the teams heading in opposite directions in the league table. Anyang have now hit bottom having gone five straight without a win in the league. Frustratingly for the Violets, each of their previous matches have been extremely close losing by a lone goal against promotion hopefuls Suwon and Jeju, and drawing the other three matches. Despite their record, it seems Anyang are just a player (or even a moment) or two away from making a march up the table. The visiting Dragons will be hoping that march doesn't start this weekend as they come in red hot having won back-to-back matches 4-0. The eight goal outpouring is the highest total in consecutive matches for Jeonnam since 2018 and would seem to suggest they have figured out their attack at long last. Another multiple goal performance win this weekend would certainly set the Dragons up for the looming FA Cup showdown with Northern Jeolla rivals Jeonbuk in the FA Cup on the 15th.

In a rare third meeting of 2020, Ansan Greeners host Daejeon Hana Citizen this Sunday night. The sides have met twice already this year, once in the league, and once in FA Cup. Both times Daejeon came away winners and kept Ansan off the board. Having failed to score for just the second time this season in their 1-0 loss at Bucheon last time out, Daejeon will be looking to immediately bounce back and close the gap that has opened between them and league leaders Suwon. Look for the majority of the attack to go through André Luis as it has all season, especially considering the Brazilian already has a match winner against Ansan this year. Slowing him down will be a priority for Ansan, but simply scoring a goal should be the priority. The Green Wolves have been held scoreless four times already in this young season, and once in the FA Cup. Kim Ryun-do's brace against Seoul E-Land in Round 6 made him the only Greener with multiple goals this season. Regardless of who it is, they will need someone to step up in a big way if they're to break their winless streak this Sunday.