After the second month of action, K League has continued to entertain fans around the world and increased its global brand. The July newsletter, provided by K League United, looks at the Player of the Month for June, the Gatorade G Moment, a new international partnership and more. 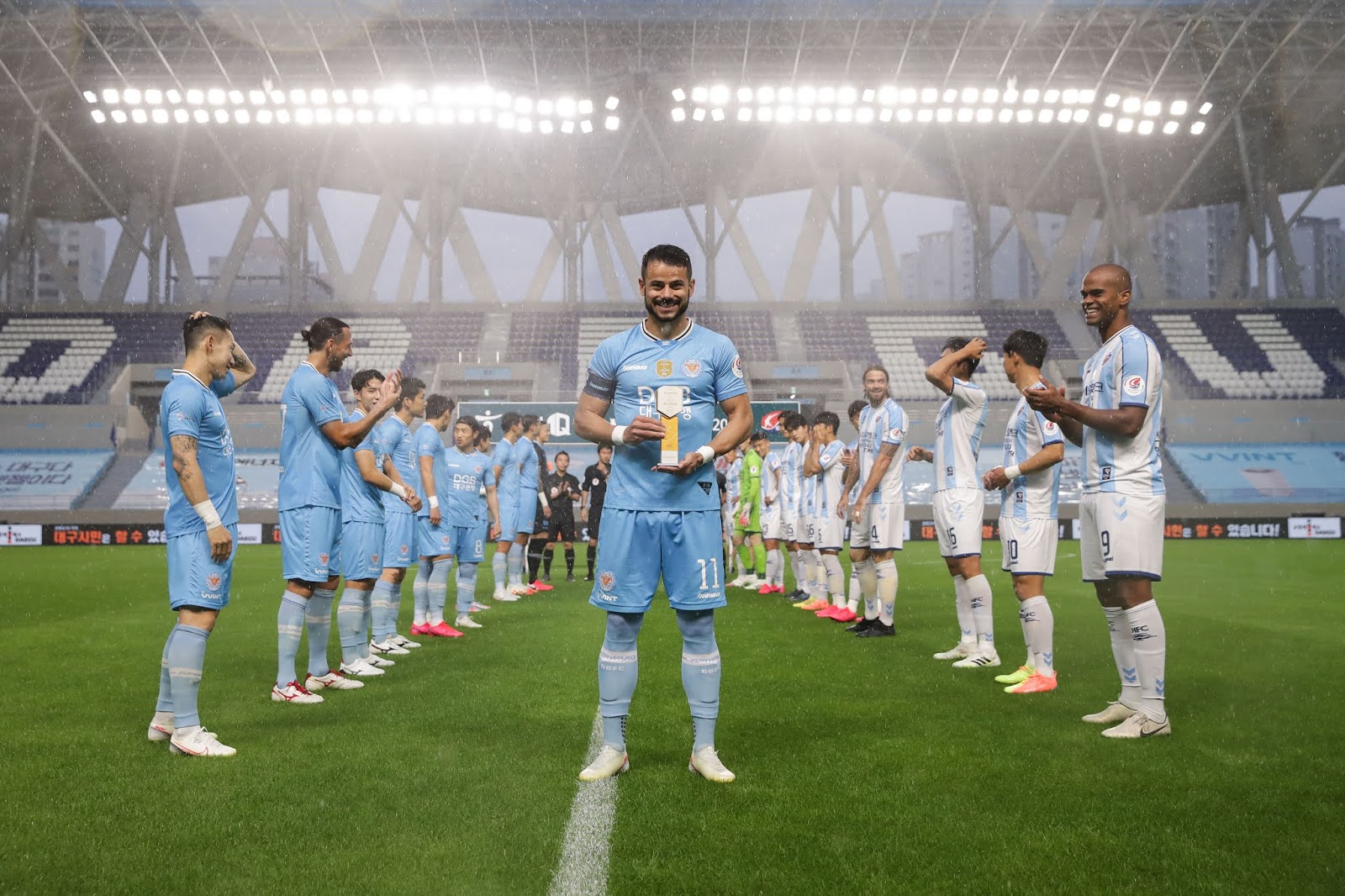 Daegu FC's attacking maestro Cesinha lifted the EA Sports Player of the Month award for June after captaining his side to a month unbeaten, scoring five goals and assisting four in the process. Last season saw Cesinha's on-field performances earn him an MVP nomination and it seems the player has already set his sights on going one step further in 2020. 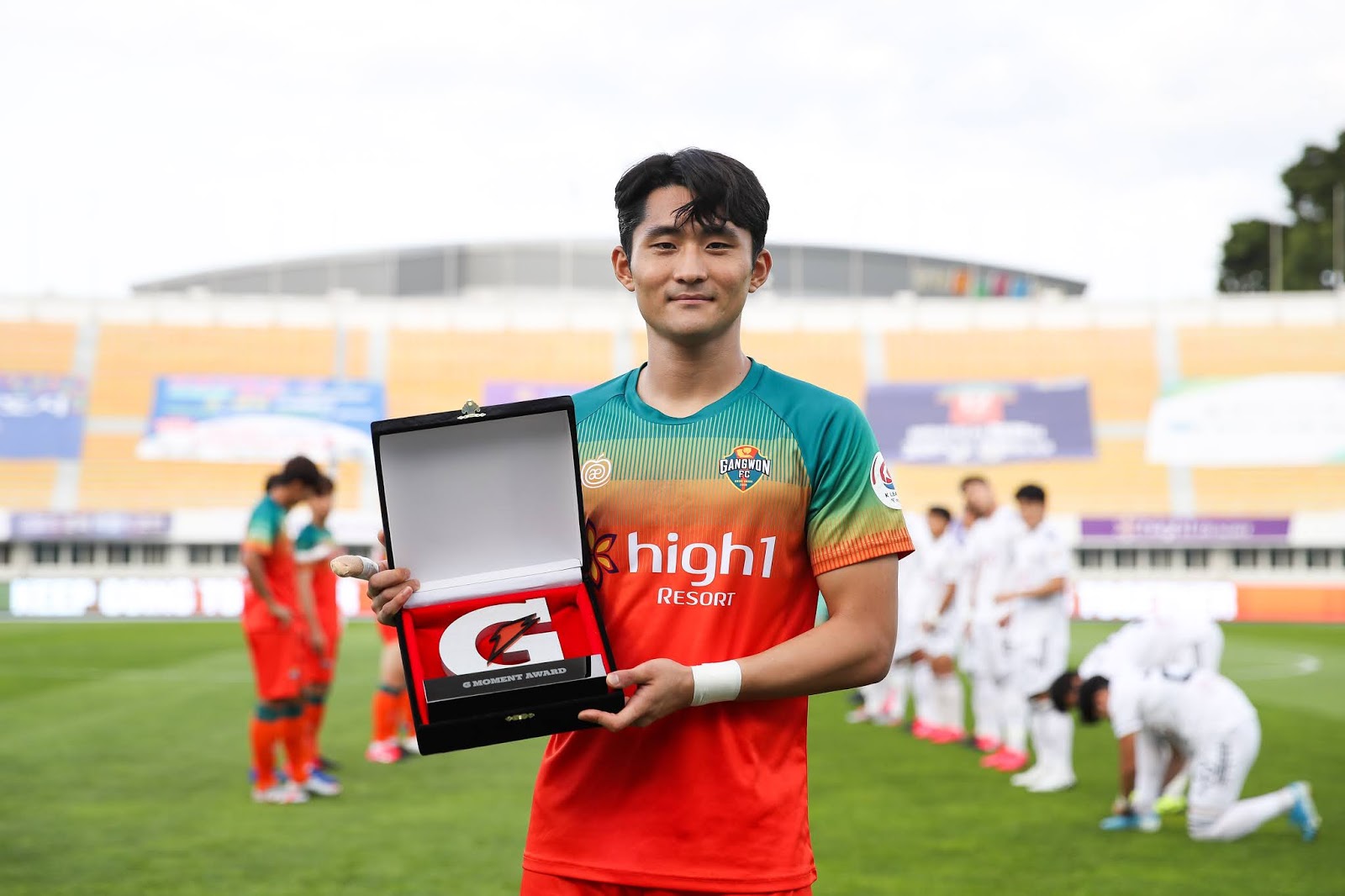 The first Gatorade G Moment Award of the season, voted for by supporters, was handed to Gangwon FC's Cho Jae-wan for his superb pirouetted backheel against FC Seoul to give his side the lead in the opening round of fixtures. The goal has earned international acclaim with the clip being widely shared and viewed across social media, garnering over 350,000 views on Twitter alone. 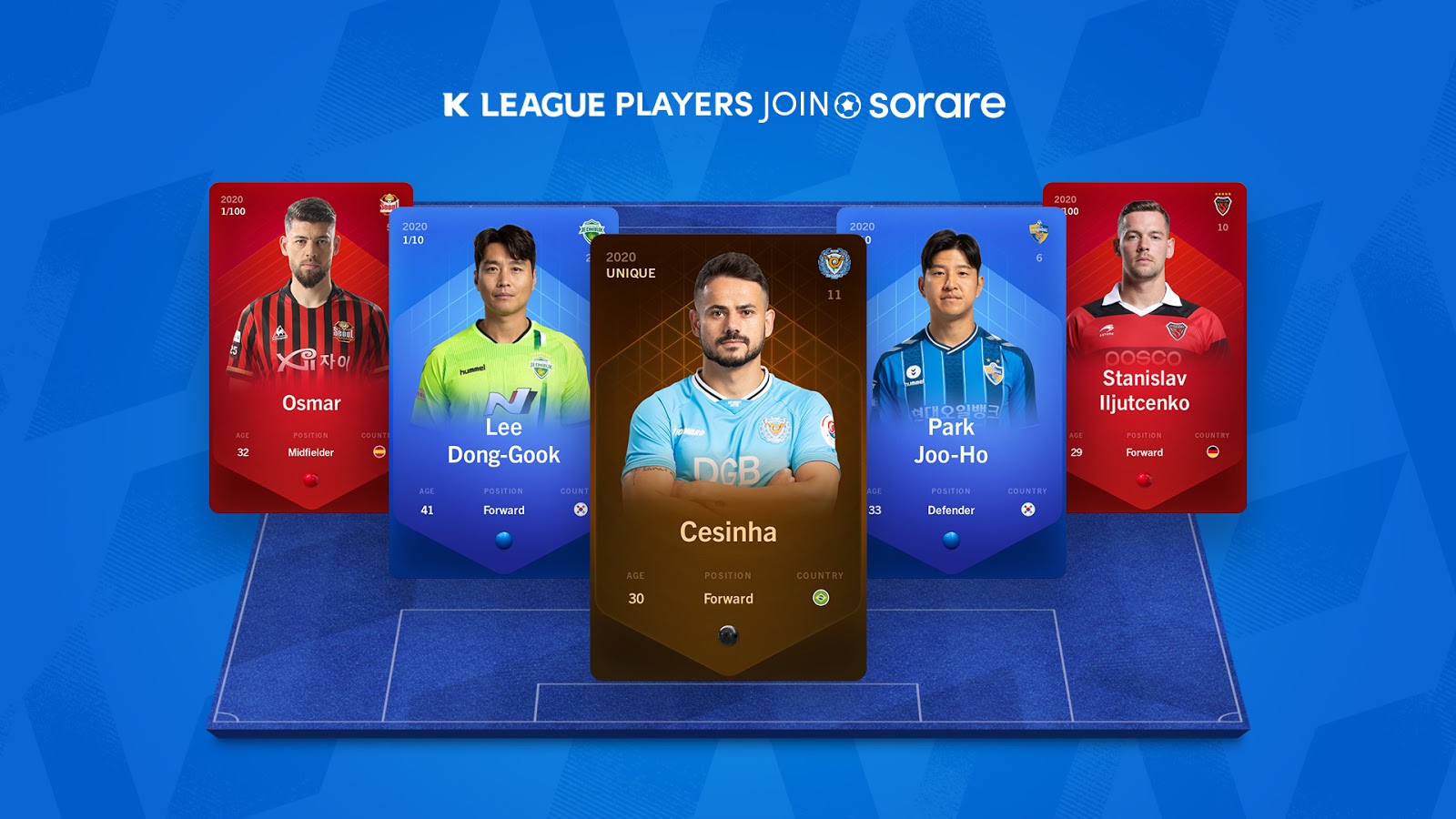 K League is proud to announce its partnership with Sorare, a fantasy football game that allows users to play with official blockchain cards and earn prizes on a weekly basis. Supported by over 40 clubs worldwide, Sorare users collect and trade unique blockchain cards of their favourite players to assemble a fantasy team of five and earn points based on players' performances each weekend. With K League now broadcasting matches around the world, Sorare users can now look to collect their favourite K League footballers such as Cesinha, Lee Dong-gook, Osmar and more, and become even more familiar with Korean football. 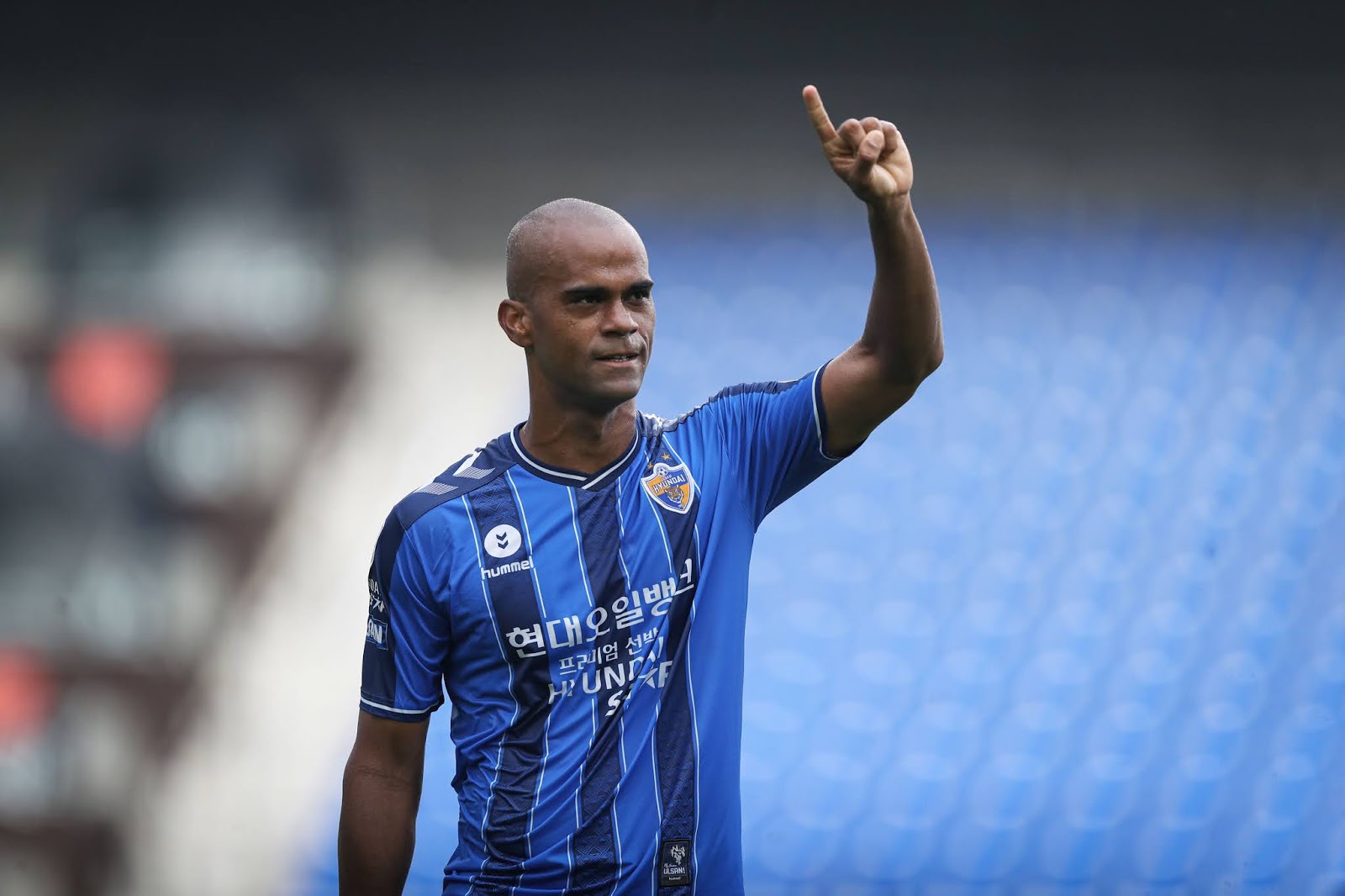 The battle at the top continued throughout June with Jeonbuk Hyundai Motors holding off Ulsan by a single point ahead of their meeting at the end of the month where Jeonbuk were able to run out 2-0 victors in Ulsan and extend their lead at the summit. Elsewhere, Sangju Sangmu and Daegu FC have been enjoying fine form and sit in third and fourth place respectively. Further down, newly promoted sides Busan IPark and Gwangju FC were both finally able to pick up their first victories, moving away from the threat of relegation and into mid-table.

There have also plenty of goals to focus on once more. May's Player of the Month Júnior Negrão continued his scoring form into June for Ulsan Hyundai, grabbing goals in four of the five matches played during the month to keep him ahead at the top of the Golden Boot race. Elsewhere, the aforementioned Cesinha picked himself up five goals to bring himself into contention while Pohang Steelers striker Stanislav Iljutcenko picked up three more to keep himself in joint-second.

Speaking to K League United at the start of June about his impressive goalscoring form, Ulsan's Júnior was quick to defer praise to his teammates saying, "Every player can score. We have a lot of quality players and a lot of good players this season. I need them all the time".  When asked about the mindset required to maintain such a level, the striker said "The first thing is to have fun. With football, for me, if I don't have fun, I'd retire. That's the mindset I try to say to all the players. Just have fun and try to enjoy the game." 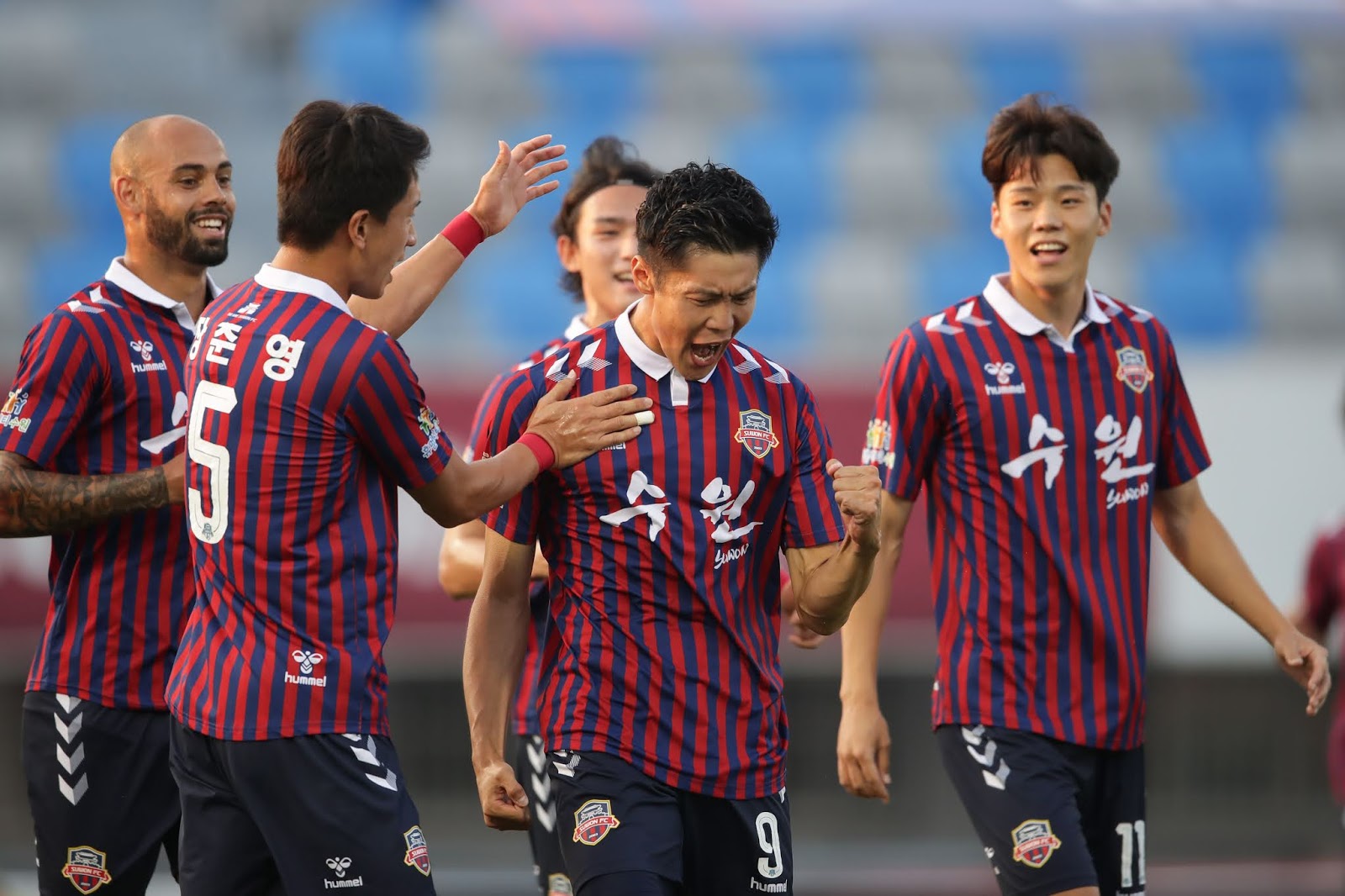 Below the first tier, the action has also been highly competitive as teams continue in their plight for promotion. Suwon FC lead the charge having also scored by far the most goals in the division. Despite this, two defeats in the middle of June for Suwon have kept things tight for now. Jeju United, Bucheon FC 1995, and Daejeon Hana Citizen have all maintained the chase and sit within a win away from dethroning Suwon at the summit. Elsewhere, Seoul E-Land also had a June to remember, winning three of their four matches, including a dramatic late comeback victory over Bucheon FC 1995 after initially trailing by two goals.

In terms of goalscorers, Suwon FC's An Byung-jun has slowed down from his explosive start in May where he scored six goals, only picking up one throughout June. Elsewhere Daejeon Hana Citizen's André Luis has also picked up one goal for the month, meaning he remains in second place in the scoring charts for now. Seoul's Leandro doubled his tally from May with two more goals in June plus an assist while his teammate, striker Richard Sukuta-Pasu also got off the mark with two goals for his new club.