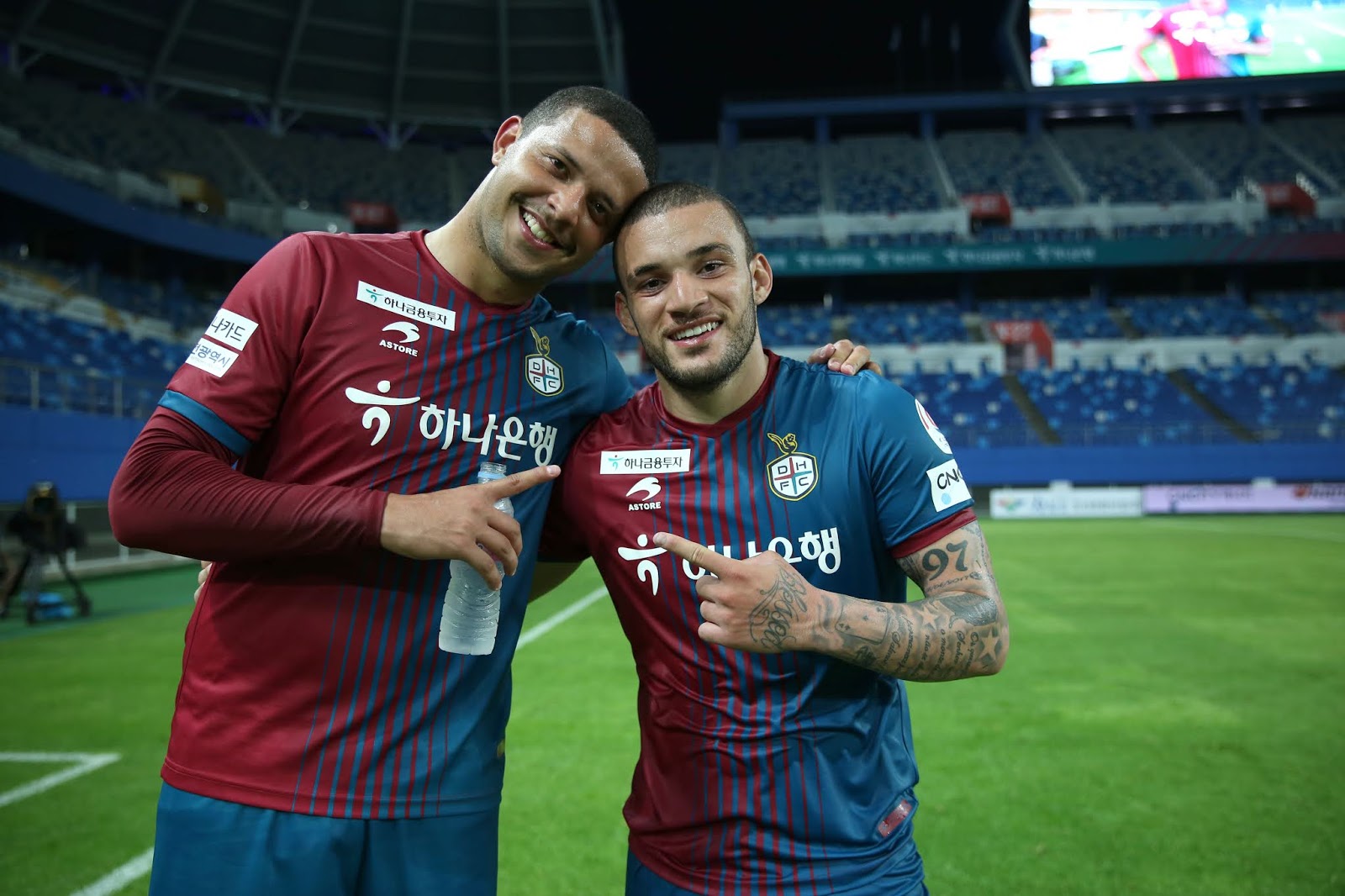 The coming weekend of fixtures in K League 2 sees all teams matched up with fairly equal opposition. Saturday night sees Jeonnam Dragons at home to Bucheon FC 1995 and Jeju United making their first trip to Jamsil to face Seoul E-Land. Sunday sees Chungnam Asan FC hoping to extend their three match unbeaten run in the league against FC Anyang at home, while the matchup of the round takes place at Purple Arena where Suwon FC will be the visitors. The slate rounds out on Monday evening with Ansan Greeners hosting Gyeongnam FC. Branko Belan previews all five matches.

Jeonnam will be hoping for a goal or two as they were unable to find the back of the net last time out against FC Anyang.  They did win the first matchup of the season between the sides earlier this season as a Julian Kristoffersen header was the difference.  Bucheon did not play last weekend as a result of heavy fog on the island and in fact, have not played a match since the beginning of the month when they beat Daejeon Hana Citizen by a single goal.  Placing in the table should not be a major concern for either side, as only five points currently separate the top six teams in the division.  Expect a tight affair with both sides looking to lock down defensively and attempt to hit on the counter.

Jeonnam played in the FA Cup in midweek and took defending K League 1 champions Jeonbuk Hyundai Motors to extra time, so there is likely to be a few changes to the side for the weekend.

Seoul E-Land and Jeju United have already become very well acquainted this season. They opened the season against each other in a match which ended in a 1-1 draw, with Joo Min-kyu converting from the penalty spot in the first half and Won Ki-jong finding an equalizer for the Leopards in the second. The two also squared off in the third round of the FA Cup with the islanders prevailing in extra time after coming back from a two goal deficit. It has the potential to be another nailbiter that goes down to the final whistle.

Jeju played their Round of 16 match in the FA Cup against Suwon Samsung Bluewings and the match went to extra time, so Nam Ki-il will have to put some extra consideration into his starting eleven for the weekend.  There is a lot on the line in this one, so preparation will be key.

Chungnam Asan FC will be looking to extend their three-match unbeaten streak in the league when they host FC Anyang on Sunday evening. Philip Hellquist has scored in each of the team's last two matches and is becoming a dependable attacking option now that he is fully healed from injury. Lee Ki-hyun has started in each of the past three matches for the Owls and could get the call again. Anyang have struggled to secure results from winning positions this season, but they did get their second clean sheet of the season last time out against Jeonnam Dragons. If the men up front can be a factor, they may be able to get something out of the match.

It's second hosting first at the Purple Arena on Sunday evening as Daejeon Hana Citizen welcome Suwon FC.  Both teams bowed out in the FA Cup in midweek, so it will be interesting to see how they will rebound when they meet this weekend.

On paper, it's a difficult match to call. An Byong-jun scored his ninth goal of the season last week against Chungnam Asan, but the league leaders were held to a draw in the end.  Daejeon has the likes of Brazilian Andre Luis in their ranks, and he also scored last week against Ansan Greeners in a 2-0 win.

Daejeon could have a bit of an edge though, as they won the only head to head matchup between the sides on the first matchday of the season, when Park Yong-ji's second-half injury time strike sealed all three points for the Purples.  They were on the road that night, but home field advantage could tilt the match in their direction yet again.

When the teams met earlier in the season, it finished 2-1 to Gyeongnam thanks to a 78th minute winner from Park Ki-dong.  They have met five times overall, with the Changwon-based side winning three of those matches.  Gyeongnam have scored eleven goals in five matches against the Green Wolves and put three past them in three consecutive matches during their promotion season in 2017 which saw them make the jump to the top flight.

Gyeongnam have struggled for form lately, but might a trip away be the thing to cure their ills?  With the table as tight as it is, this is as good a weekend as any for them to pick up much-needed points and keep themselves in the conversation for at least a playoff spot.  Or will the Green Wolves spring a surprise?