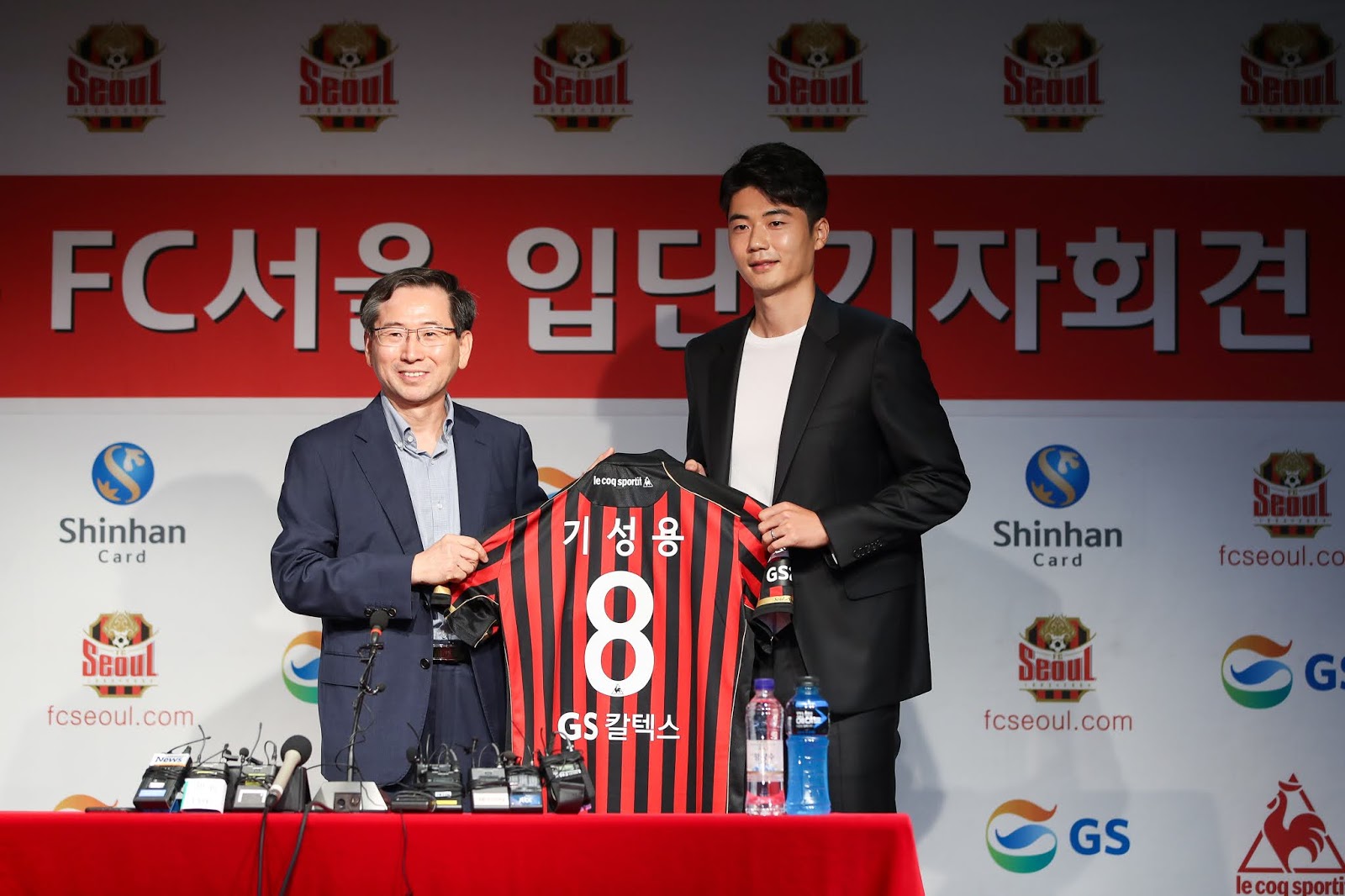 On Wednesday 22nd July 2020 at Seoul World Cup Stadium, FC Seoul officially unveiled Ki Sung-yueng to the nation's media. The former Korean National Team captain has put pen to paper on a three-and-a-half year contract and says that it was the right time to return to K League.

K League Return
Over the last year of my footballing life I wasn’t afforded many opportunities to play. There were injuries too that stopped me from playing but they weren’t as serious as some people may have thought. Because of COVID-19 there have been delays in me getting treatment. But by August, after I have joined the team properly, I won’t be 100%, but little by little I can make contributions on the pitch. But I will need time to return to fitness and get my match sharpness back, this is something that can’t be done hurriedly. A slow, cautious approach is needed I think.

I'm returning to Korea after being abroad for 11 years, inside my mind I always dreamed about returning to the K League someday and it was just a matter of time. But, once I am fit I am confident of being able to put in good performances. I thought that now was a good time to come back so I can contribute to the team during this period and I want to show the fans that during my time away I have grown as a player.
[READ: Ki Sung-yueng Returns to K League]
Motivation
For the last year I haven’t been myself. I was frustrated and went through a hard time because I wasn’t playing much. When I was in Spain I thought a lot and the realisation came to me that I have lived a very busy life. Now I have the time to look back,  I’ve had time to recharge. Of course, it would have been great to have been able to stay in Europe for a little bit longer and finish my career there but you never know how life will turn out. I experienced things that others haven’t had the opportunities to and so I can be content with what I achieved. Lately, my mannerisms have been different, my motivation dropped too. When I thought about it, my motivation was to return to K League. When I first left to play overseas I was worried about what I could achieve but I am content with what I was able to do. Returning to K League I feel is going to be my second prime, I know the expectations are big.

Even when I was in Spain I was watching K League a lot. Because Jeonbuk and Ulsan have lots of good players they are teams who are playing on a different level. Watching (Lee) Chung-yong at Ulsan, I get a sense that the players are enjoying their football. I watched a lot of FC Seoul, too. The players just need confidence as they seem to be lacking it a bit. In my opinion there isn’t a huge gap. If you concentrate and focus on the game the difference isn’t really that great. Aside from Jeonbuk and Ulsan, of course Seoul can improve.
FC Seoul
Whatever I can do for the team is the most important so back in January we spoke on the phone about what kind of role I can have and what sort of help I can bring to the team. In terms of positions, there are many which I can play in but it’s which one I can perform the best in. I am looking forward to playing alongside Ju Se-jong, who I played with at the 2018 World Cup.

I’ve not properly joined the team yet so I can’t say for sure (about what this team can achieve). But it is evident that the players have it in them to bounce back. If the mood among the players isn’t too good then it can be difficult. I want to help the players here as much as possible and from this point on FC Seoul can go on and do great things, I believe the team can challenge and I want to help with that.
FC Seoul Then vs. Now
There were a lot of star players and it was a team that challenged for the title so it’s a shame that this isn’t really the case at the moment (challenging for titles). I haven’t fully joined training with the rest of the players yet but a title-challenging team is something that I hope we can have. Because you are representing Seoul you have to set a good example for K League. Once I can start to train with the players I am sure that we will start to improve. I believe that the front office will lead this club into becoming a title-challenging team again.
[READ: July 2020 K League Newsletter]
Current Fitness
The last time I played until full time was against Liverpool in April last year. I have never had this much time away from playing regularly before in my career.. You lose that match sharpness if you don’t play and, after an injury, time is needed to get back to 100%. But when that will be for me I cannot say at this moment. But what’s important is that I am confident that I can help the team. It is not a big injury but if you push things too much then niggling injuries can pop up here and there. Of course I want to play but I also need to get back to fitness. 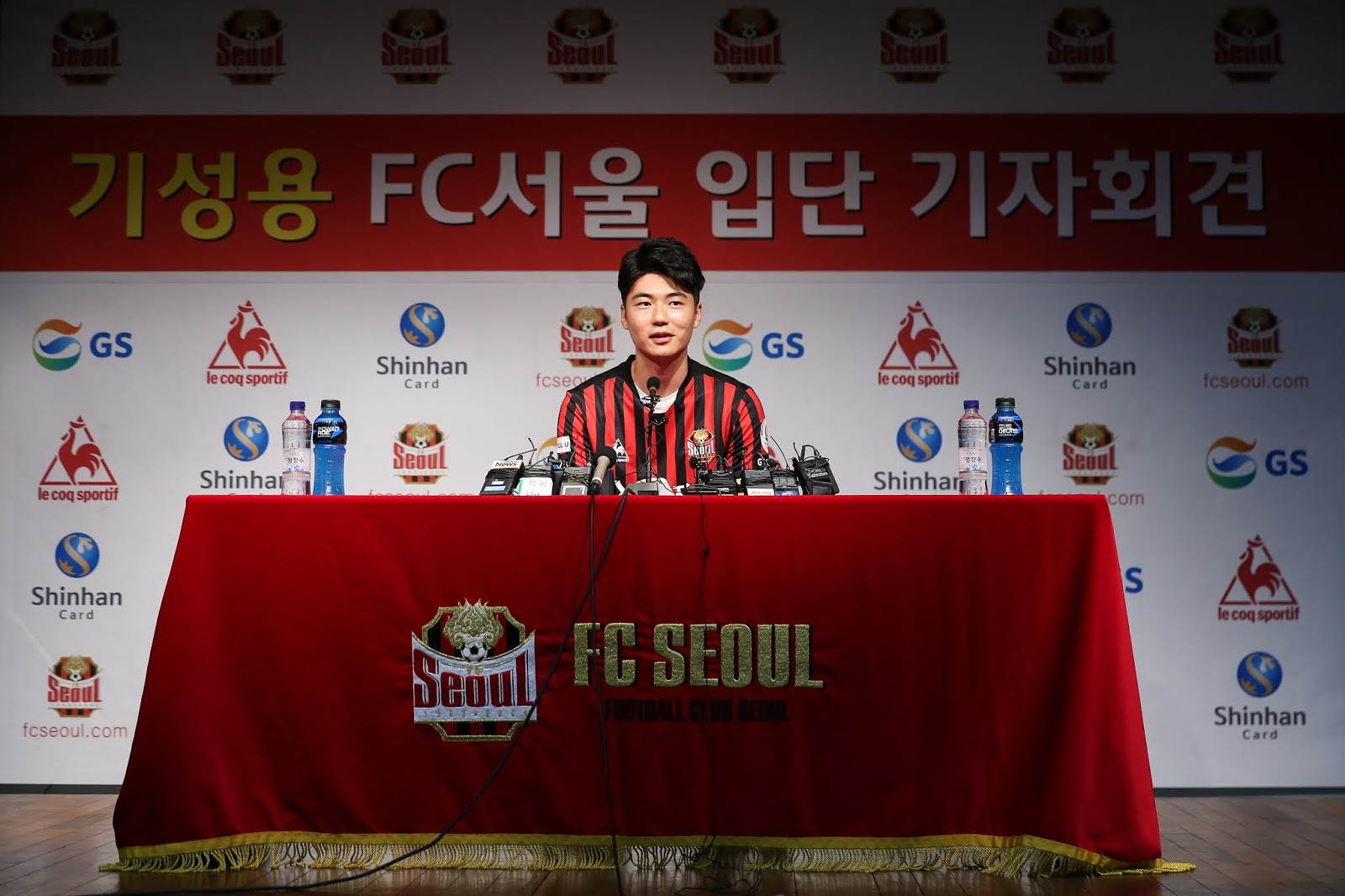 Contact with Lee Chung-yong?
I have been speaking to (Lee) Chung-yong and it’s a pity that we aren’t going to be on the same team. Whilst we were growing up together we wanted to finish our careers and make good memories together. It’s a shame that this isn’t the case and (Lee) Chung-yong also said it was a pity. I want to be starting games but because my current condition is not yet known I don’t know whether we’ll be able to face each other when Seoul play Ulsan on August 30th. In the UK too we went up against each other, they were good memories, but it will be quite strange to play against him again.
Other Korean Stars to Return?
Because he has a contract I am not sure if Koo Cha-cheol will come back but we speak all the time about how we want to finish our careers. We are getting older now so we talk more and more about these kinds of things. Because he is someone who loves K League too I think he would consider it when his contract is up. But it’s not just (Koo) Ja-cheol, but all the Korean players overseas will have similar considerations.
Return to National Team?
It's a sensitive topic. I have no worries if my fitness is back to normal. But I played for the national team for 10 years and whilst it was a great responsibility to shoulder, it also was an absolute honour. But because I am getting older, I would have to ask myself whether I can perform better than some of the younger players; it is not an easy choice. If I could be of help then I would have to think about it. The national team is doing well and making progress and so at the moment I am just concentrating on club football. I haven’t had any thoughts about a return in that regard.
Paul Neat
Managing Editor
info@kleagueunited.com