With both sides having not won in their last three league outings, FC Seoul travel south to Jeonju to face a Jeonbuk Hyundai Motors desperate not to lose further ground to Ulsan Hyundai in the K League 1 title race. With the capital club struggling themselves and in need of arresting their disappointing form, Sunday's clash between these two rivals should prove enticing encounter. K League United's Head of Editorial Matthew Binns previews the match.

Jeonbuk Hyundai Motors manager José Morais opted to rotate his squad after FA Cup action midweek in the hope that his side could pick up a much-needed win to keep pace with league leaders Ulsan Hyundai. Incheon United, on the other, selected their strongest squad available as they continued in search of their first win of the season. They got off to a flying start when Ji Eon-ak, having been handed plenty of space by the Jeonbuk defence, fired a rasping shot from the edge of the area to give the hosts an unlikely lead on six minutes. With the champions now on the backfoot, Incheon spent most of the proceedings withstanding pressure and looking to pick off their opponents on the counter.

The home side came within 12 minutes of an improbable victory, yet they were unable to sustain Jeonbuk's pressure and eventually caved when Lee Seung-gi converted from just within the edge of the area to pull things level. Despite late attempts from both teams, a draw seemed a fair result but will be concerning for the Green Warriors as they slipped to three points behind Ulsan in the table.

FC Seoul looked to end their run of one win in nine when they played host to a high-flying Pohang Steelers side at Seoul World Cup Stadium. It would be the home side that would take the initial lead just after 35 minutes. Osmar picked up the ball in central midfield and played a lob through ball out to Cho Young-wook who in turn lobbed it first time over onrushing goalkeeper Kang Hyeon-mu.

The Steelers would have to wait until the second half to get themselves on the scoresheet. Stanislav Iljutcenko finished a fine attacking move in the 52nd minute before scoring his ninth from the penalty spot ten minutes later to give the visitors the lead. Cho Young-wook came close to grabbing an equaliser in the 69th minute when he saw his shot deflected onto the post off his own teammate but Seoul were unable to bring things level and eventually Pohang winger Manul Palacios sealed the three points in injury time, running into the box, pulling the ball back from an incoming tackle, and then converting beyond the 'keeper.

This will be the 83rd meeting between these two sides, with Jeonbuk edging the number of victories 32-30. Earlier this season, Jeonbuk ran out convincing 4-1 victors in Seoul with Han Kyo-won, Lee Seung-gi and Lee Dong-gook getting themselves on the scoresheet for the visitors. However, the last time they met in Jeonju, FC Seoul came close to picking up their first win in North Jeolla since 2016, taking a first-half lead through Hwang Hyun-soo before Jeonbuk captain Lee Dong-gook found an equaliser with five minutes to spare.

The home side welcome left-back Kim Jin-su into the fold once more after sitting out of the last two league matches through suspension. However, doubts remain over the fitness of striker Lee Dong-gook who has been absent for the last three games and it will likely see youngster Cho Kyu-sung lead the line once more. Midfielders Han Kyo-won, Lee Seung-gi and Son Jun-ho have arguably been three of Jeonbuk's biggest contributors this season and will likely feature in a five-man midfield along with the technically-talented Takahiro Kunimoto and last year's MVP Kim Bo-kyung.

Jeonbuk also have two new signings they will likely introduce into proceedings on Sunday, with former SC Corinthians striker Gustavo and Reading winger Modou Barrow being unveiled earlier this week. It is likely though that any appearance they do make will be from the bench for this encounter as they become familiar with their new surroundings.

As for FC Seoul, they announced the signing of Ki Sung-yueng to the club to much media attention earlier this week. Ki left the capital for Europe 11 years ago for stints at Celtic, Swansea and Newcastle and now the 31 year-old has come back to K League to bolster the ranks of his former club. However, Ki is not expected to feature this weekend as he returns to match fitness. In regards to other injuries, Seoul will likely remain without Adriano who is struggling with fitness issues and did not feature against Pohang, as well as Hwang Hyun-soo is near to recovery but remains doubtful for the weekend.

FC Seoul will also be without defender Kim Nam-jun who is suspended for this weekend's encounter as well as loanee and attacking midfielder Han Seung-gyu who is unable to face his parent club. It will likely see youngster Kim Ju-sung come in to replace Kim Nam-jun. With a U22 player being utilised in defence, manager Choi Yong-soo could then opt to replace 21-year-old Cho Young-wook upfront with the experience of Park Chu-young, despite Cho's two exquisite goals in his last three league matches.

Will the new signings be on show? 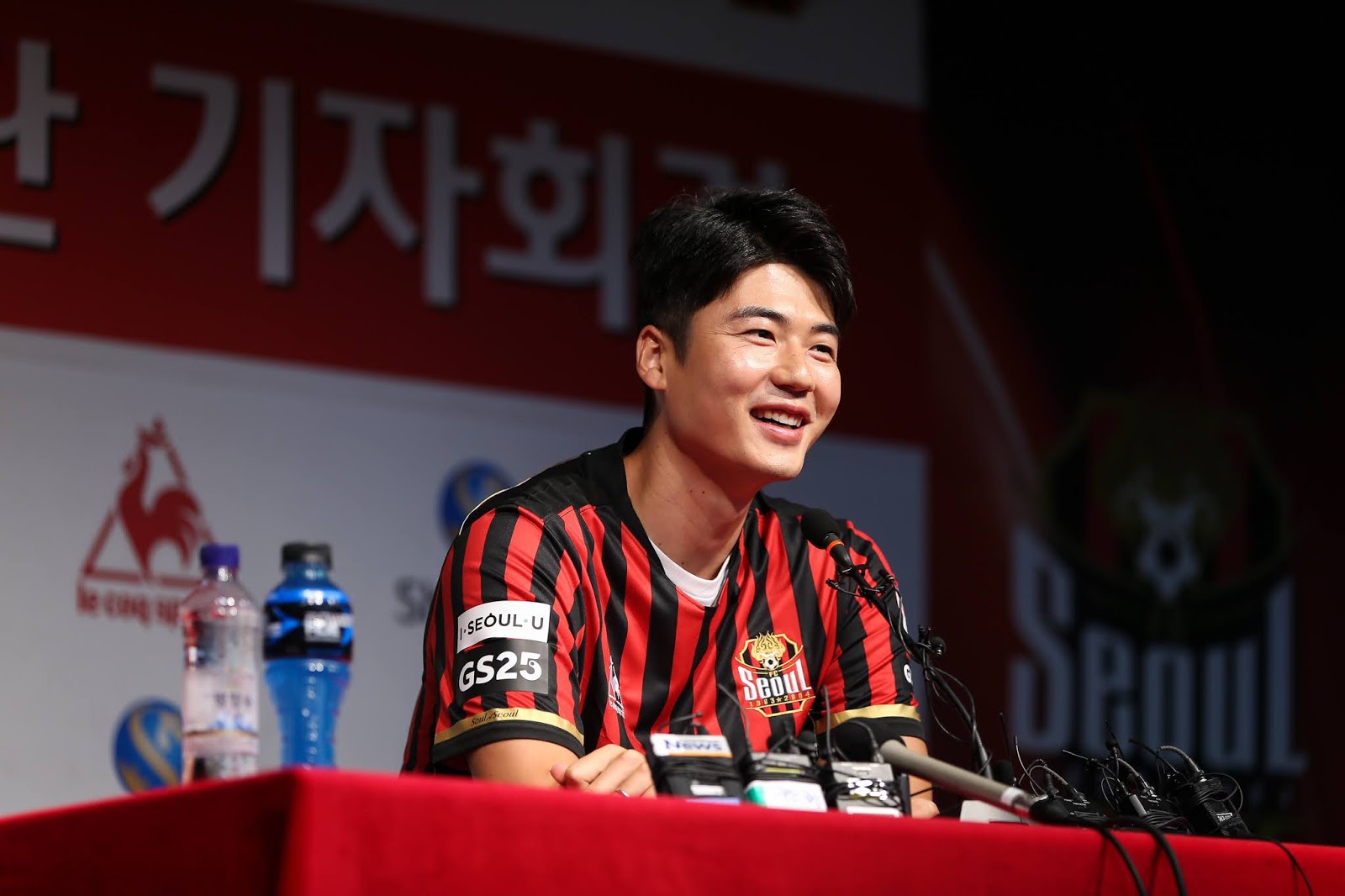 After his unveiling this week, attention will understandably be focused on whether Ki Sung-yueng makes his return to FC Seoul but, speaking in a press conference on Wednesday, the former Korean National Team captain indicated his debut for his former club might not be until August as he returns to match fitness. That said, FC Seoul could really use his presence right now and even his transfer alone could provide a much-needed boost in morale and optimism.

However, FC Seoul have not been the only side making announcements this week, with Jeonbuk signing winger Modou Barrow from English Championship side Reading and SC Corinthians striker Gustavo. While Han Kyo-won has been in fine form down the right flank this season, Jeonbuk's left-wing has seen constant rotation, particularly after the departure of Ricardo Lopes in the winter. Barrow comes into the club after three years at Reading but also experience at Swansea City, Blackburn Rovers and Nottingham Forest. He scored fourteen goals over 63 appearances for the Royals and made eleven assists but spent last season on loan at Turkish Süper Lig side Denizlispor. There he made 23 appearances, scoring on three occasions and assisting twice. Jeonbuk will undoubtedly be hoping to utilise the player's pace and directness to pose questions of oppositions' defences, starting with the league's leakiest in FC Seoul.

Gustavo meanwhile is set to replace Lars Veldwijk in attack who departed the club last week for K League 2 leaders Suwon FC. Nicknamed 'Gustagol', the Brazilian striker's second stint at SC Corinthians in 2019 saw his score 14 goals in 54 games across all competitions in a year saw the club win the Campeonato Paulista. The season prior, the forward also managed to win the Brazilian Serie B playing for Fortaleza, scoring 30 goals in 45 appearances. With Jeonbuk's attackers struggling to find the net this season, manager José Morais will be hoping Gustavo can help drive his side back to the K League summit.

Both teams desperately require victories for their own respective aims. Jeonbuk run the risk of losing ground on an Ulsan Hyundai side that have looked unstoppable at this times this season whereas FC Seoul have been a stark contrast from the team that finished third last season and a result in Jeonju could kick them back into gear. However, given the anticipated squad rotation for Seoul, and their performances against their North Jeolla rivals in the last four seasons, it is difficult to look past the Green Warriors getting the job done on Sunday evening.