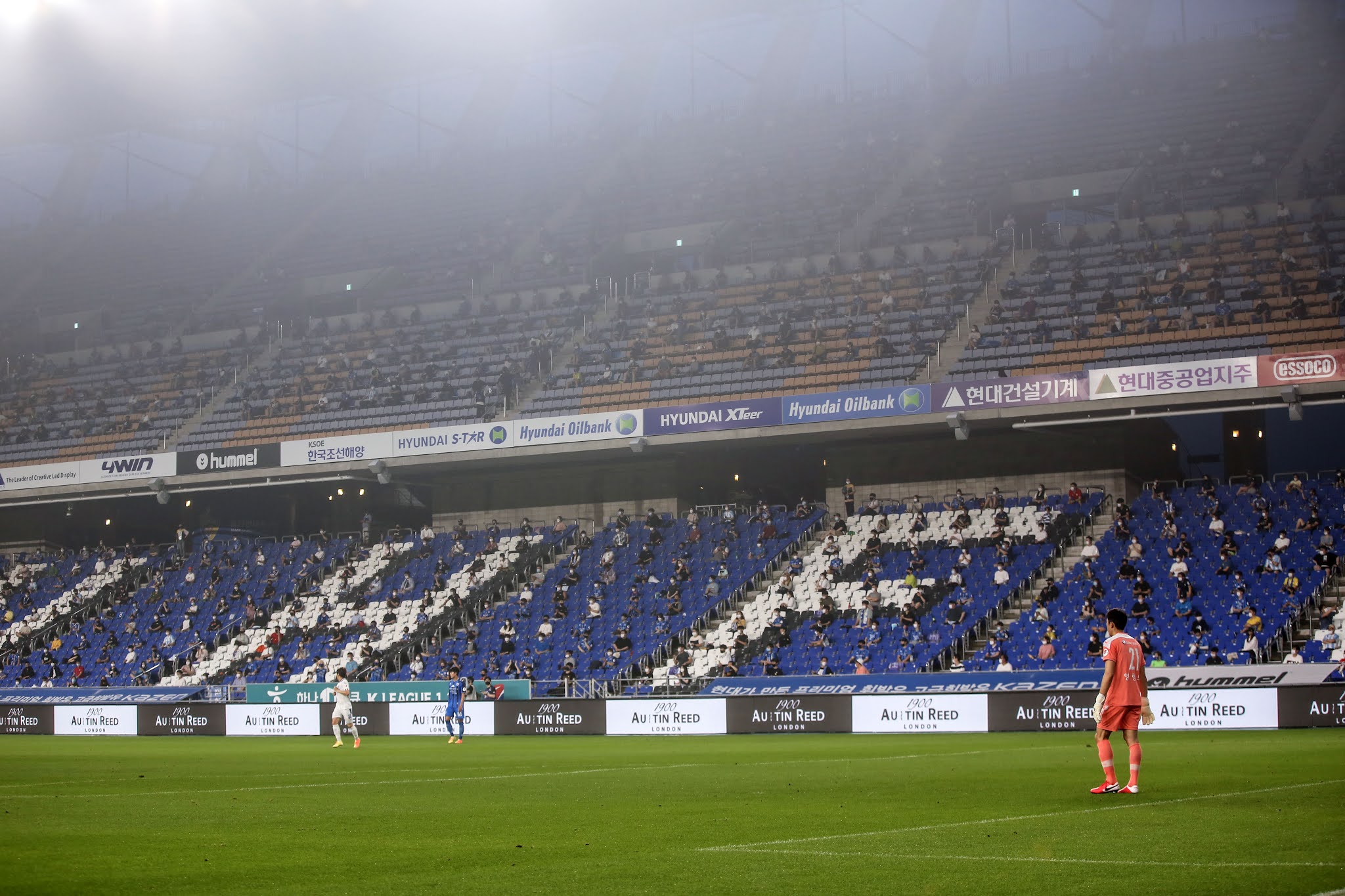 The 2020 Hana 1Q K League season enters its final full month with an enthralling title race in both divisions, fans back in the stands, and international stars shining bright. K League United highlights the best of the previous month in the official October Newsletter. 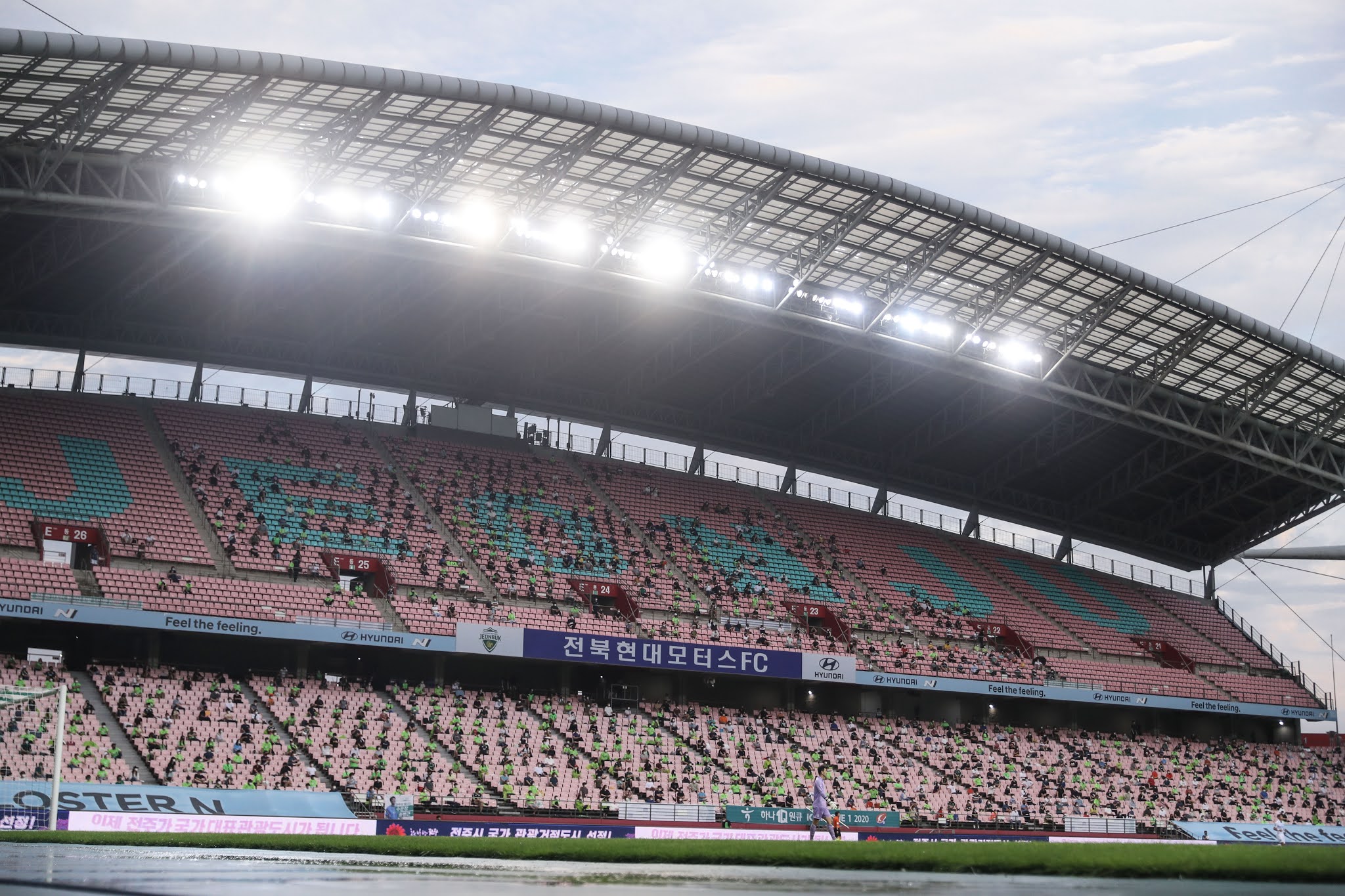 As of Friday, October 16th fans will be permitted back into stadiums across Korea for K League 1 Round 25 and K League 2 Round 24. Attendances will be capped at 25% capacity with strict social distancing and virus prevention measures in place throughout the stadiums. The additional measure of having tickets available exclusively online has also been put in place with assigned seating to ensure safe distances between spectators.
Clubs are permitted to open sections of their stadiums previously designated for away fans, but only home supporters will be allowed entry. Fans must wear masks, are not permitted to shout or chant, and must adhere to the guidelines laid out in the K League's COVID-19 prevention manual.
In May and August this year K League players, staff, and officials were tested for COVID-19 and all results came back negative on both occasions. Moving forward, the K League along with each individual club is committed to its common goal of operating a safe league and will continue to implement thorough quarantine rules in accordance with the manual. 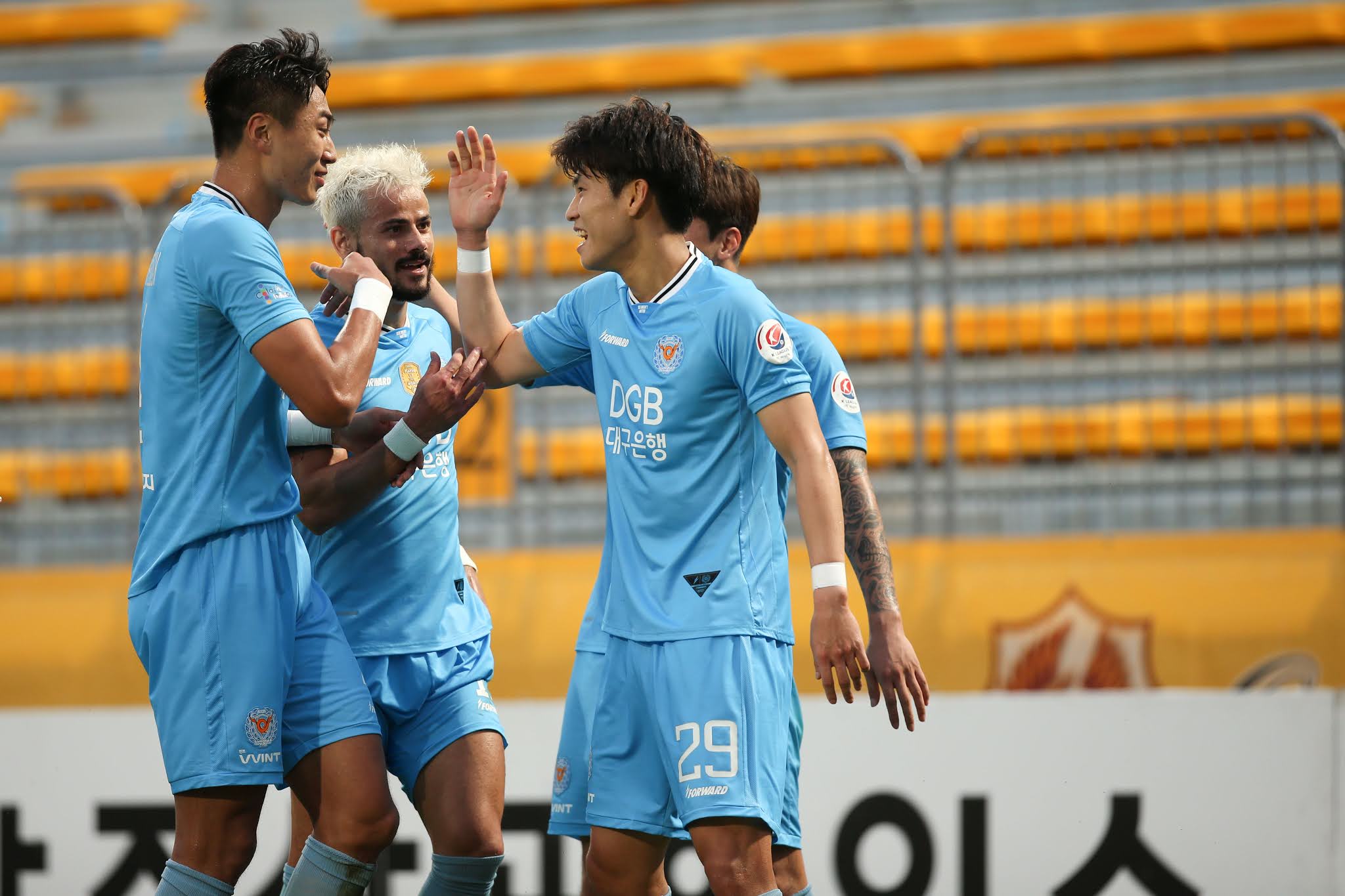 Daegu FC's Ryu Jae-moon punched the Sky Blues' return ticket to international football with his 69th minute match winner against Gwangju FC in Round 24. The three points guaranteed at least fifth place for Daegu this season and with Sangju Sangmu facing automatic relegation due to their relocation, Daegu are set to make their return to AFC Champions League in 2021.
Entering the competition for just the second time in club history, Daegu join Ulsan Hyundai, Jeonbuk Hyundai Motors, and Pohang Steelers as the K League representatives in the tournament. While Ulsan and Jeonbuk have been mainstays in the contest, three time champions Pohang are making their long awaited return having last played international football in the 2016 edition and bowing out in the group stage. Based on current standings, Pohang and Daegu are set to enter ACL 2021 in the playoff stage while Ulsan and Jeonbuk will join in the group stage.

Dejan Damjanović: "everybody knows I want to be number one in ACL history." 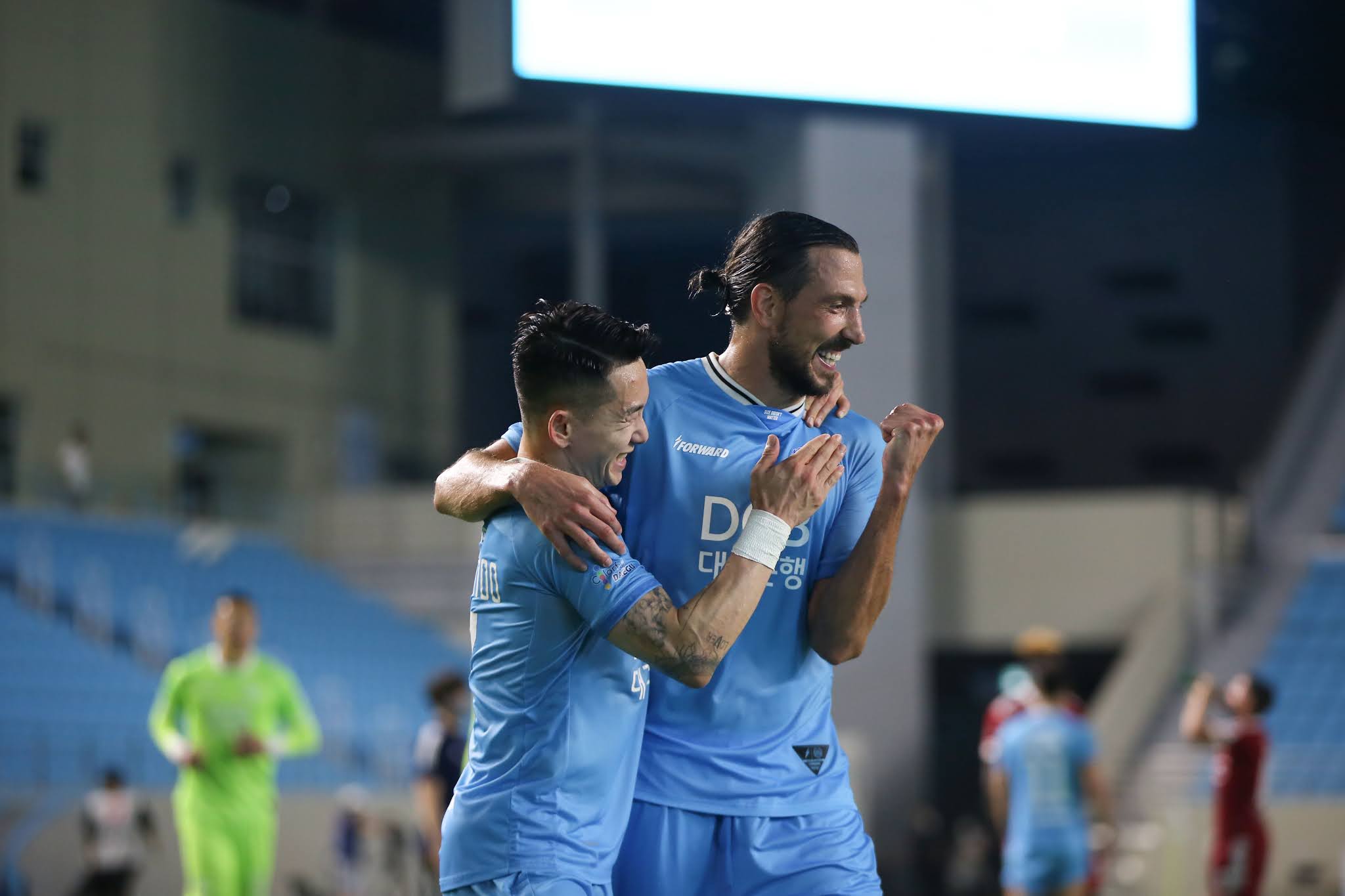 Three goals. Dejan Damjanović is now just three goals away from the 200 mark in K League after bagging a brace against Seongnam FC to help Daegu FC pick up three points and get them back into ACL. Despite his historic 200th in the domestic league being so close, the veteran striker also has eyes on international records as well. Speaking with K League United, Damjanović said "my main focus now is to go to ACL."
Having represented FC Seoul, Beijing Guoan, and Suwon Samsung Bluewings, the Montenegrin has accumulated 36 goals across the years in the competition. An extraordinary feat that has him just one shy of Lee Dong-gook's record mark of 37.
"Everybody knows I want to be number one in ACL history. I think I can do that. I’m sure I will do that if we play next year. I’m sure we’re going to be a really really big surprise in ACL if we can keep the squad and play like this next year. Believe me."

Mugoša Moves Mountains as September Player of the Month 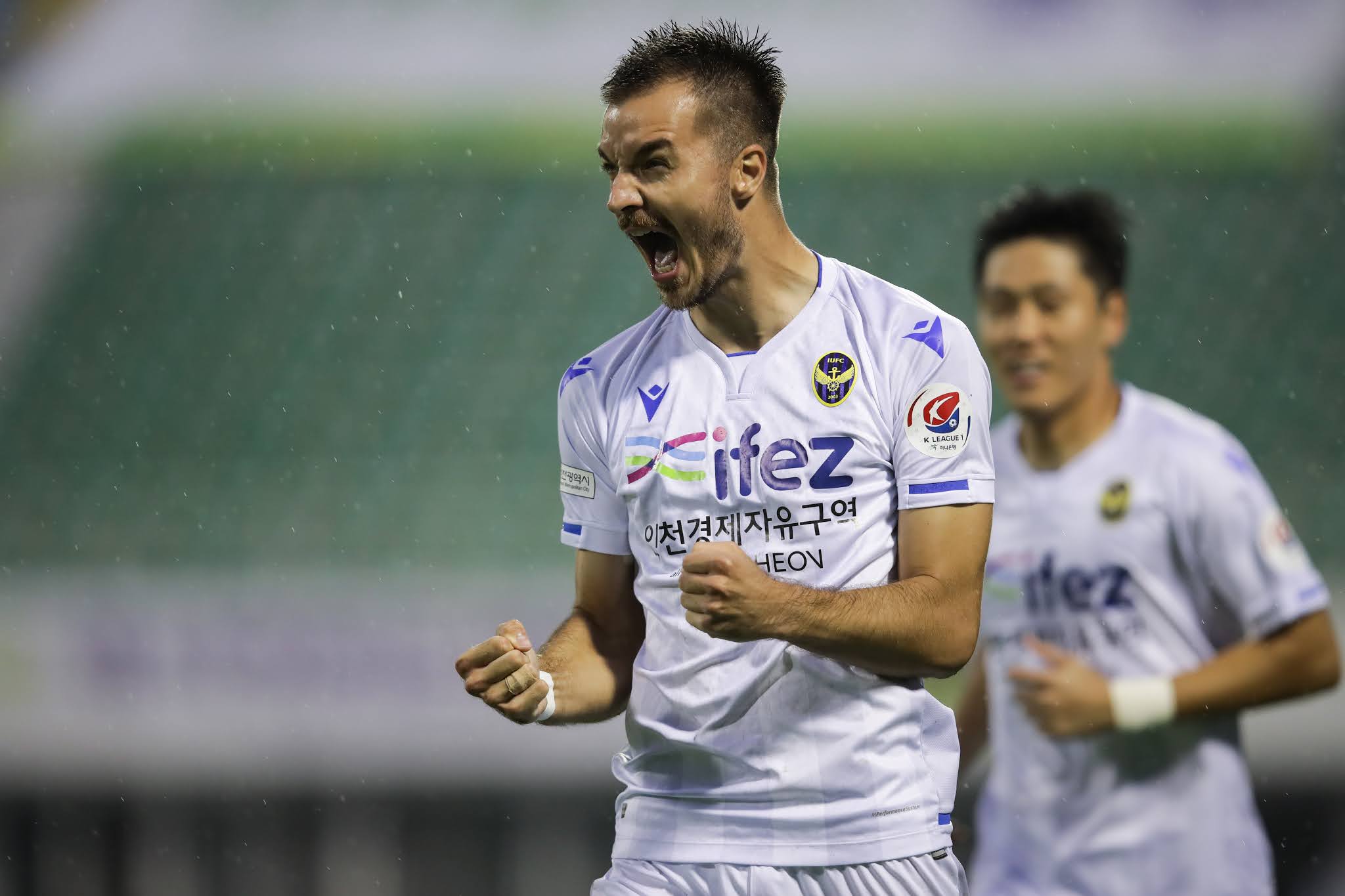 Incheon United lifted themselves off the bottom of the K League 1 table for the first time since Round 4 last month thanks in large part to marvelous performances from Stefan Mugoša. The Montenegrin striker helped his side accumulate 10 extremely vital points netting two hat tricks and chipping in an assist as well. In total, Mugoša was directly involved in seven of the 10 goals Incheon scored in September to bring their season total to 21. A mark that may pay dividends at season's end with goals scored, not goal difference, being the tie-breaker in K League 1.
The only player outside of Pohang represented in the voting, Mugoša picked up the majority of the votes combined from K League's performance evaluation committee, fan voting, and FIFA Online 4 players.
[LISTEN: K League United Podcast Interview with Stefan Mugoša] 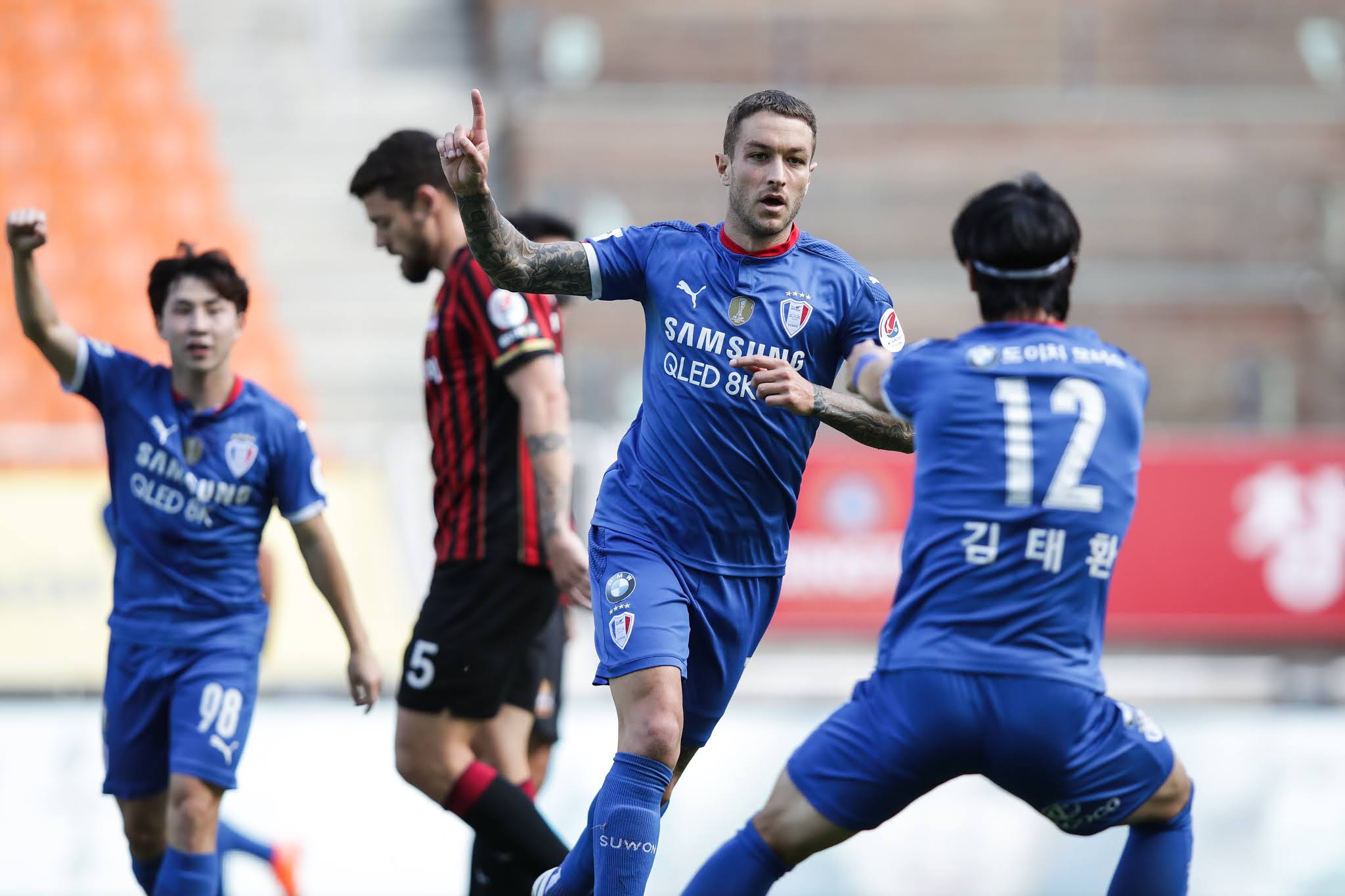 Australian international Adam Taggart bagged three of his eight goals this season in a single match with none more impressive than his first. Deftly chipping a Kim Tae-hwan cross by a defender and back to himself, Taggart spun and blasted home the opening goal in the third and final Super Match of the 2020 season.
Not done yet, the Socceroo striker went on to score two more to complete his hat trick and give Suwon Samsung Bluewings their first league victory over their bitter rivals since the 2015 season. The goals, and the confidence and ability to hit them has Taggart and his team in fine form as they further distance themselves from the relegation battle and prepare for the resumption of their AFC Champions League campaign in November.