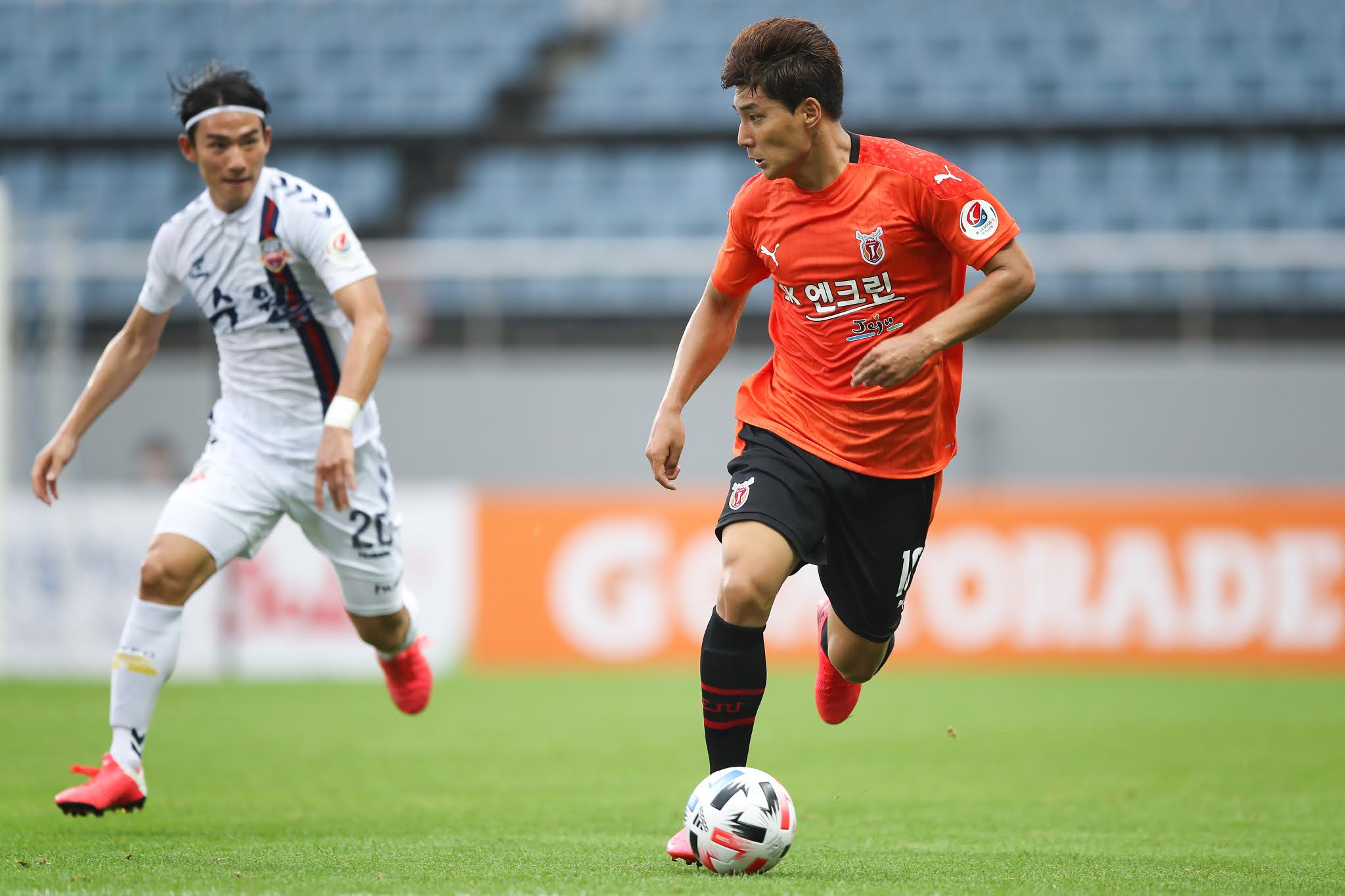 The top two collide in K League 2 this weekend, the race for the playoffs is as tight as ever and the battle to avoid last place is now between no fewer than four teams. Plenty to play for heading into Hana 1Q K League 2 Round 25. A guide to the match of the round as well as team and player to watch over the weekend. 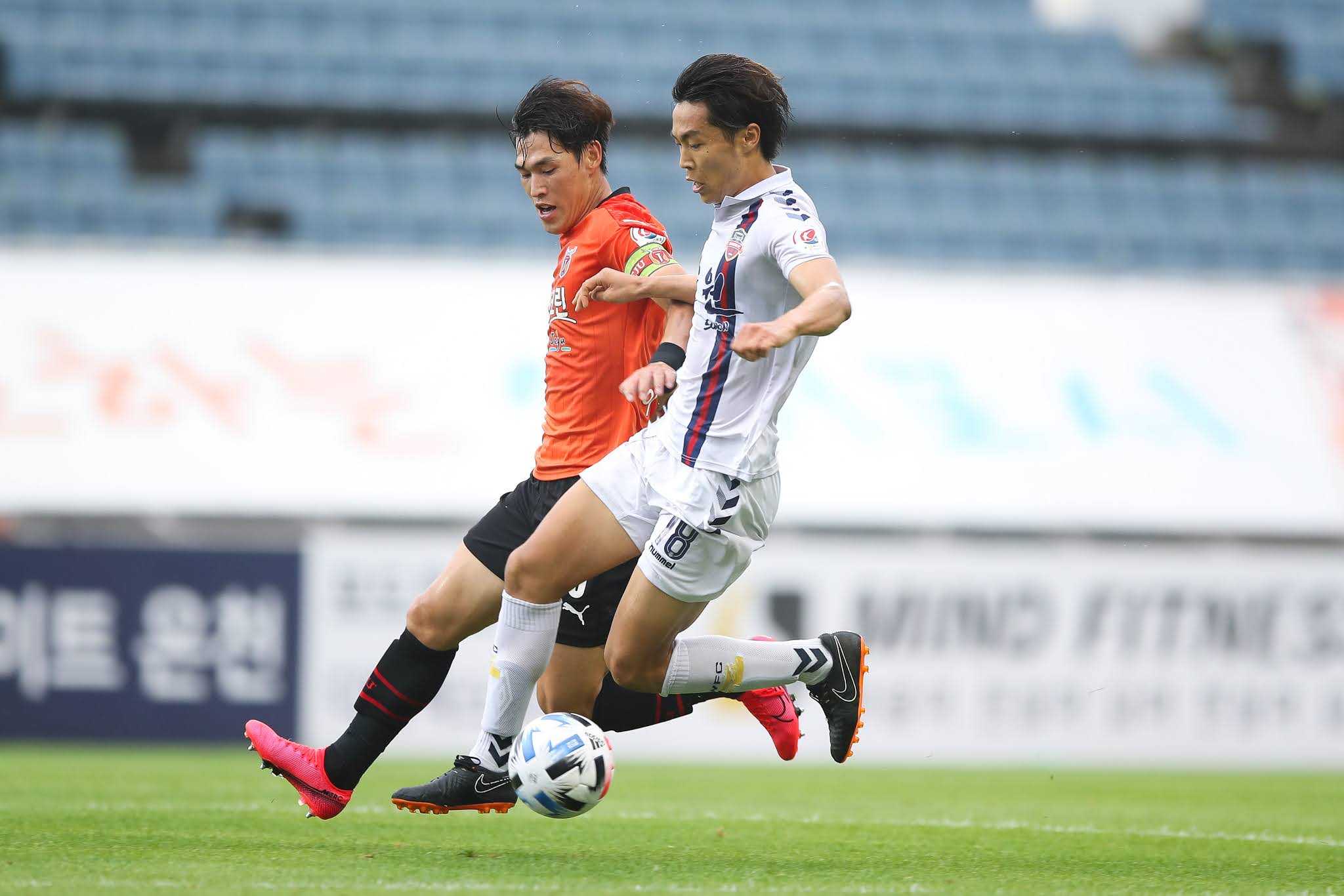 The top two collide in K League 2 this Saturday when league leaders Jeju United host second placed Suwon FC on the island. With three points separating the two teams heading into this huge clash, a win for either side will have a huge say in where the second tier title goes come the end of the season. A win for Jeju would all-but seal it, while a win for Kim Do-kyun's Suwon would draw the teams level on points heading into the last two matches of the season. However, Suwon have a superior goals-scored tally, the second tie breaker in K League behind points. Thus, the permutations are simple: a win for Jeju would then mean the Islanders need just a point from their remaining two matches of the season to earn promotion and the title. A win for Suwon would move them top of the league on goals scored with two matches to play.

Jeju are on a run of 13 games unbeaten with nine wins. Suwon's defeat to Jeonnam Dragons last time out was their first in 10 and came after a run of six straight victories. The most recent meeting in August ended in a 1-1 draw but the first encounter between the two teams, which took place in Jeju, ended in a 1-0 United win. 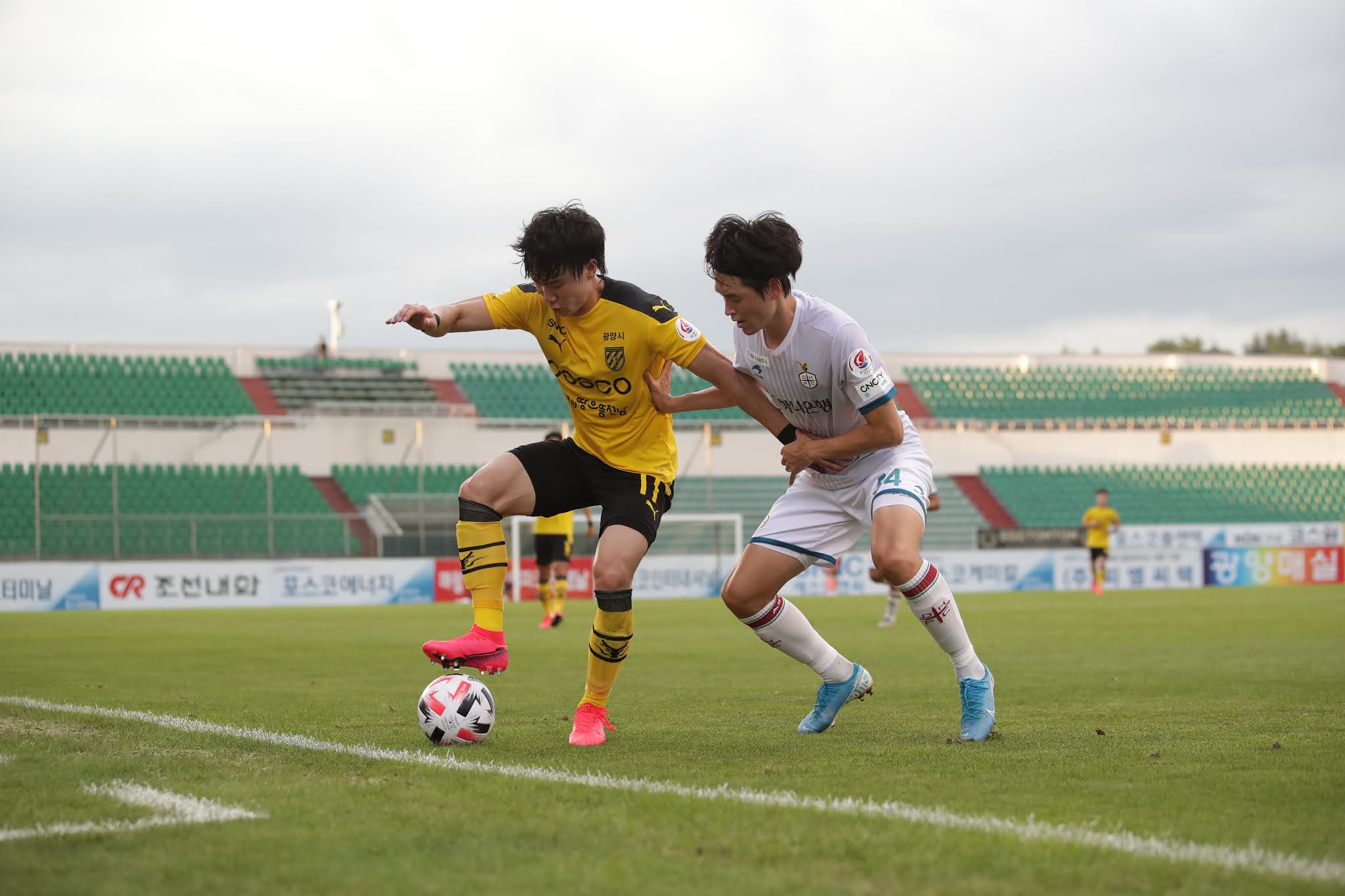 Jeonnam Dragons find themselves in the dizzy heights of third place, thanks in large to back-to-back wins and the last gasp win over automatic promotion-chasing Suwon FC last time out. In doing so, the Dragons broke character somewhat by scoring four goals, something the South Jeolla Province side hadn't done all season. In fact, Jeon Kyung-jun's men had scored no more than two goals in a match throughout the whole campaign up until last Sundayu. Goals have come at a premium at both ends of the pitch as the Dragons can brag of having one of the stingiest defences in the division.
But, up next for Jeonnam is the visit of Daejeon Hana Citizen, a team with rather contrasting fortunes. Under caretaker manager Cho Min-gook, the Purples have picked up just one win and have lost their last three on the bounce. Such form has seen Daejeon slip to sixth place and out of the playoff positions. However, with how tight the race for the top four is again this term, a win against Jeonnam would put them back in the mix. 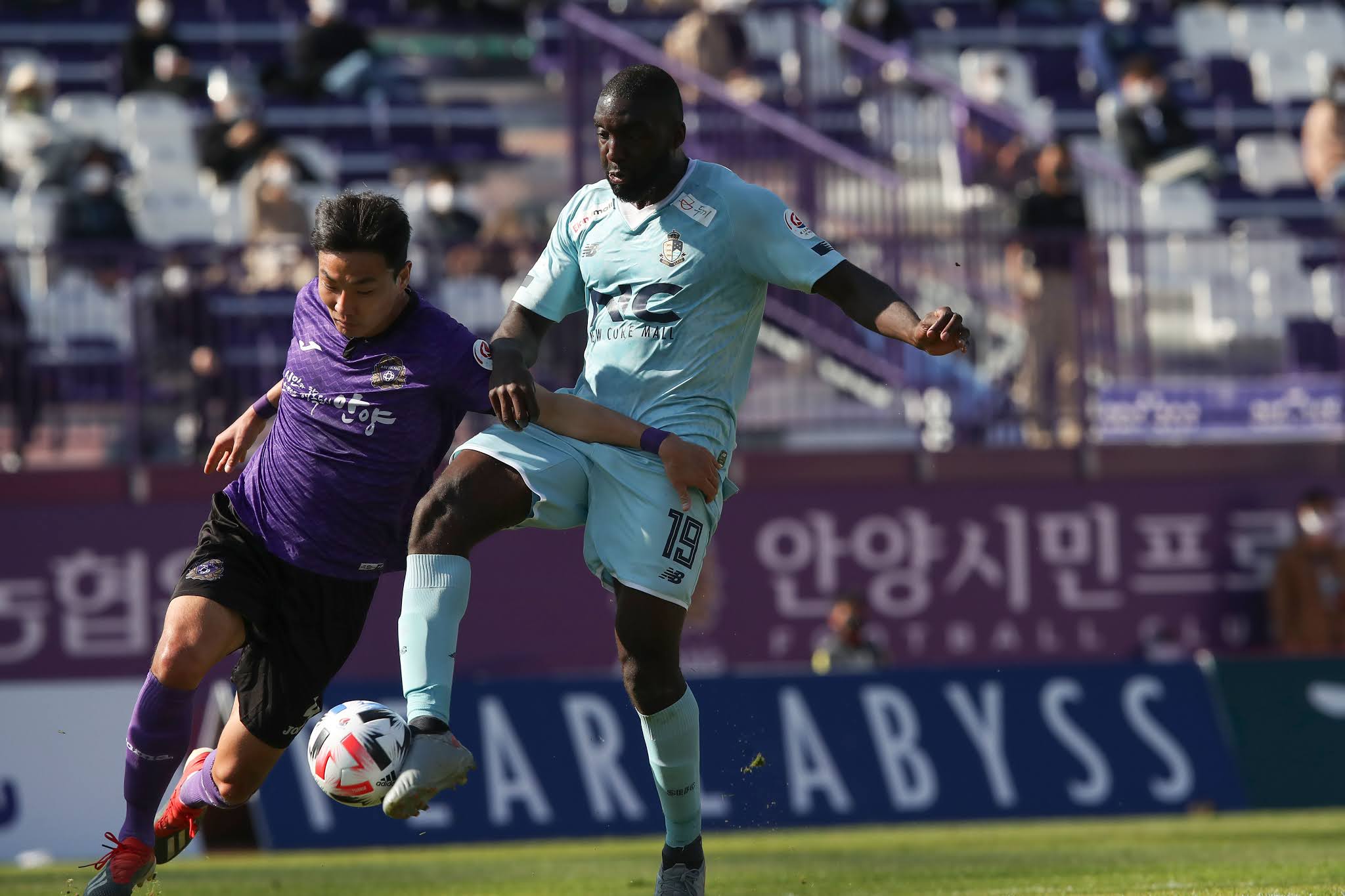 Seoul E-Land forward Richard Sukuta-Pasu was back on the score sheet last time out, bagging the Leopards' opener in a 1-1 draw with FC Anyang. Sukuta-Pasu ranks in the top 10 for the number of shots made in K League 2 this season, is third for headed shots, eighth for shots from open play and is also in the top 10 for touches in the penalty area. The goal against Anyang was the 30-year-old's first seven matches but with the playoffs seemingly on the horizon for the Leopards, the Jamsil faithful will be hoping their German attacker can have a huge say in the run-in starting with the trip to Ansan Greeners this Sunday.
[LINK: Fans Return to K League Stadiums] 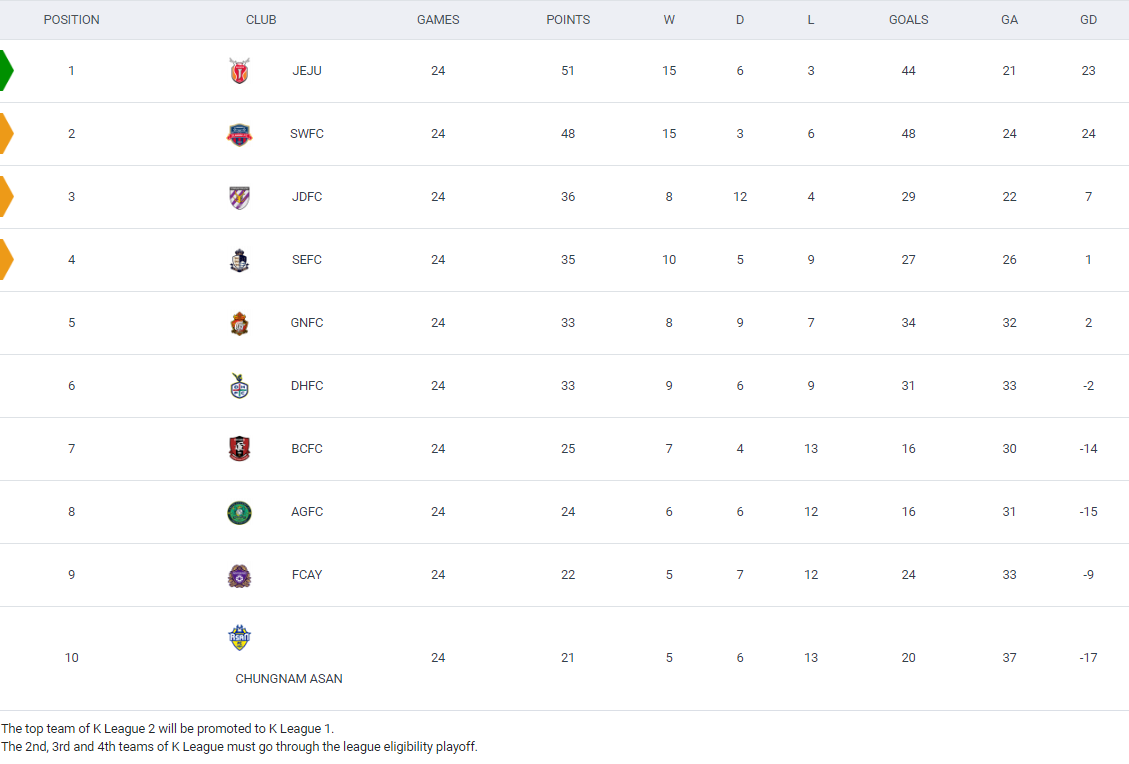