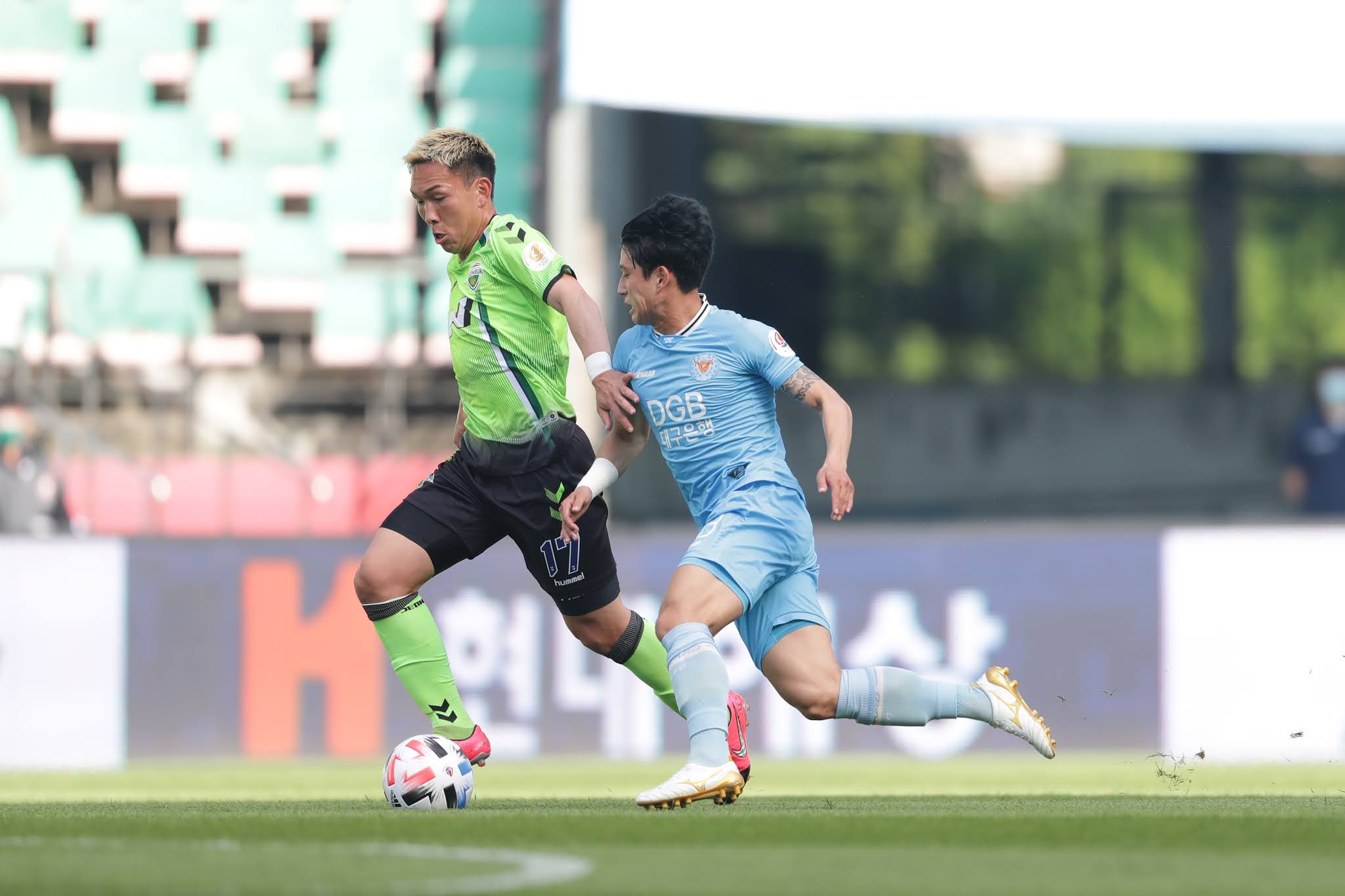 The final match day of the 2020 Hana 1Q K League 1 season has drama aplenty at both ends of the table with Jeonbuk Hyundai Motors and Ulsan Hyundai vying for the title and no less than three teams fighting to stave off relegation. K League United's Ryan Walters previews the match, team, and player to watch in Round 27. 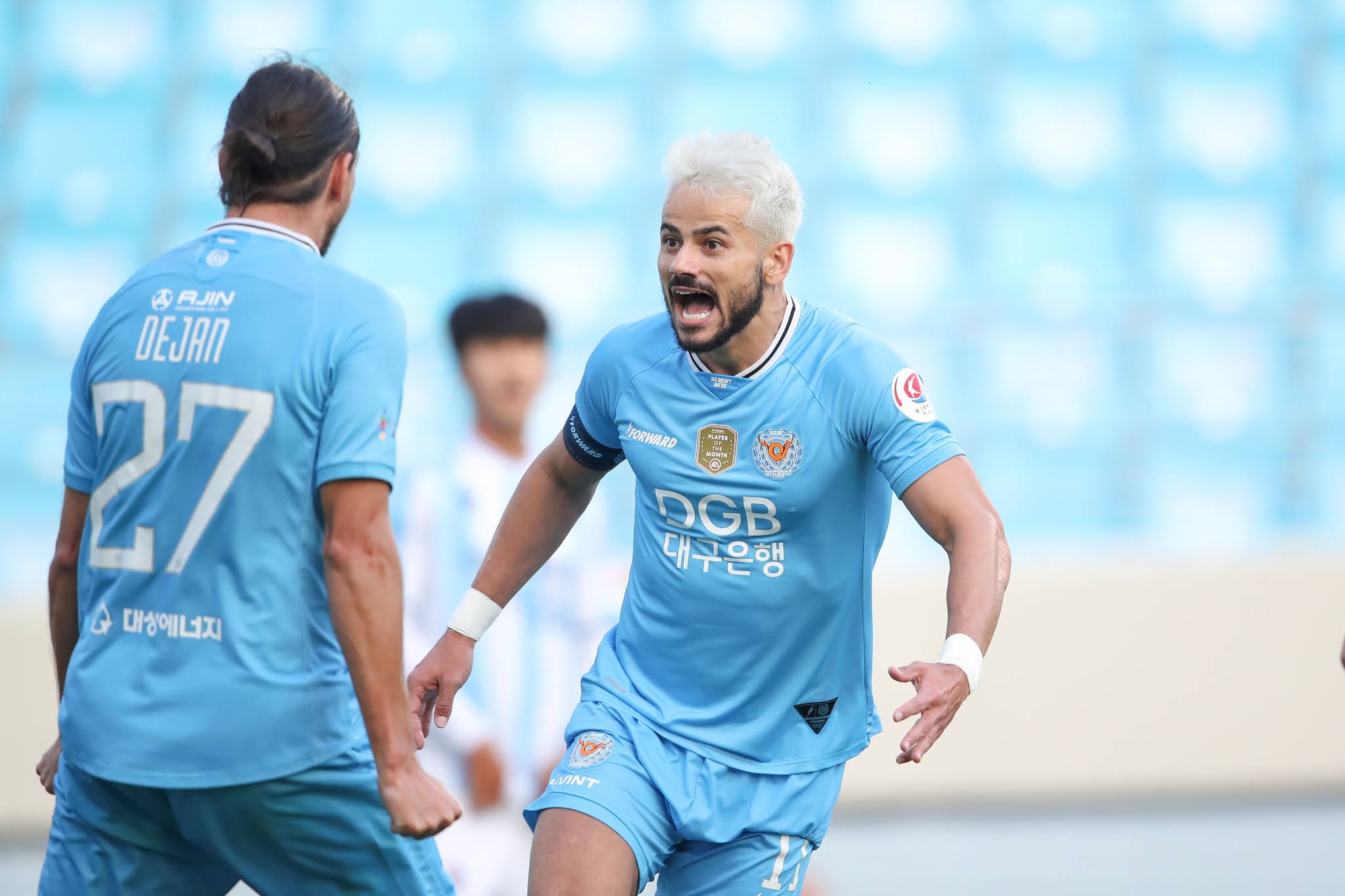 History has its eyes on Jeonju this Sunday as defending champions Jeonbuk Hyundai Motors host high-flying Daegu FC. After seeing off Ulsan Hyundai for the third time in 2020, Jeonbuk merely need a point to secure their record fourth straight K League title this weekend. They would not only become the first club to win four in a row, but would also surpass Seongnam FC as the winningest side in league history with their eight title. Having already beaten Daegu 2-0 on two separate occasions this year, the stage seems set for another trophy celebration in Jeonju.
However, this is not the same Sky Blues side Jeonbuk last faced in August. Most notably, they have MVP candidate Cesinha back in the lineup and in fine form. In a match that had no real affect on the league table and nothing more than bragging rights on the line, Daegu put in their best post-split performance beating a red-hot Pohang Steelers side 3-2 last time out. Rising to the occasion, Cesinha put in a man of the match performance completing his brace in the 86th minute to nullify Stanislav Iljutcenko's leveler just one minute earlier. Dejan Damjanović also netted in the match bringing his K League goal total up to an astounding 198. The Montenegrin striker was a part of the FC Seoul squad that spoiled Jeonbuk's party on the final day in 2016 to lift the title, and surely would love nothing more than to bag a brace and repeat the feat again this season. 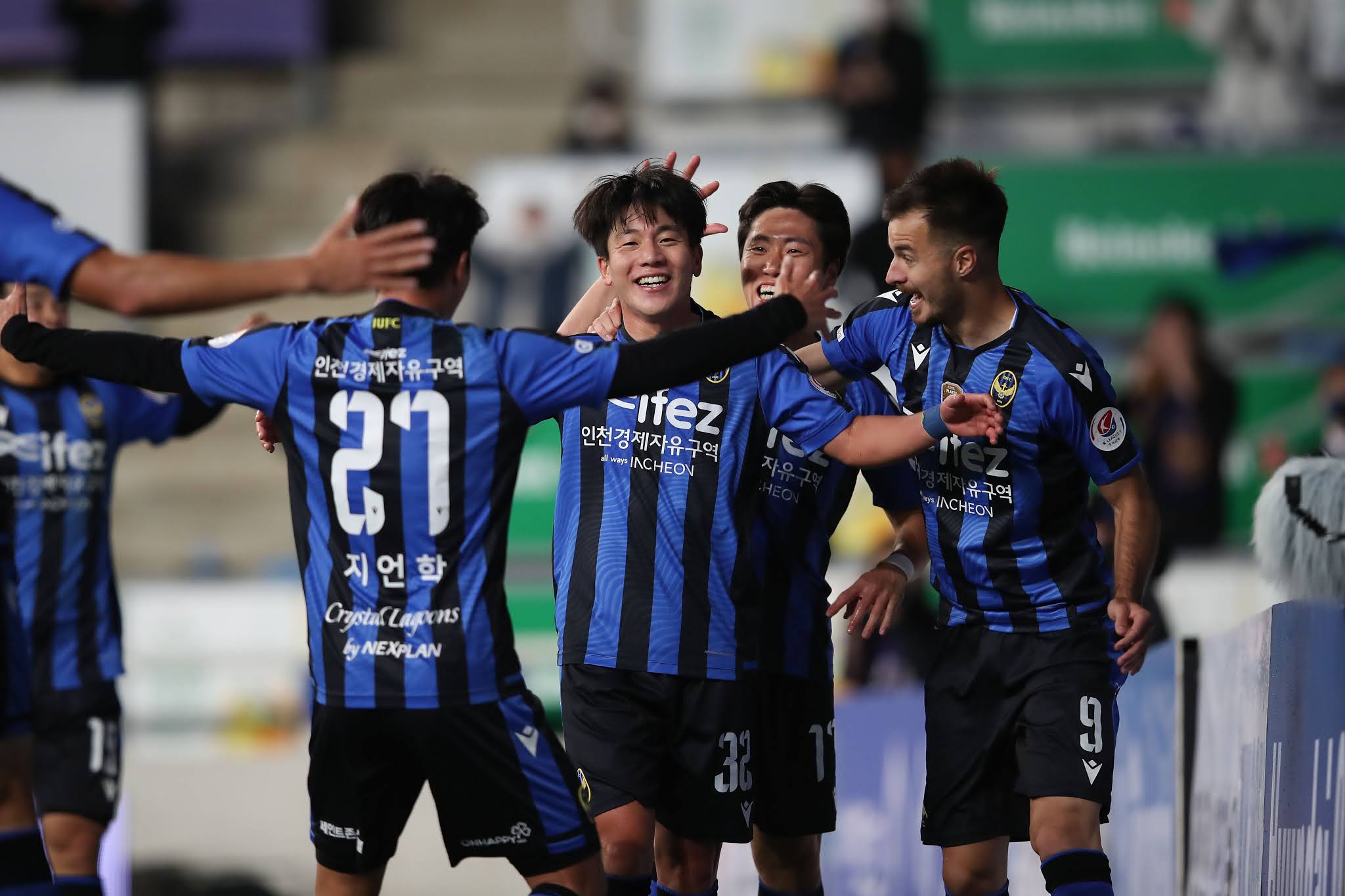 Following a wildly entertaining come-from-behind victory over fellow relegation threatened Busan IPark last time out, Incheon United are flying high heading into the third and final Gyeongin Derby of 2020. Second half goals from Kim Dae-jung and Jung Dong-yun less than a minute apart sent the Incheon faithful into a frenzy last Saturday. Their efforts combined with some goal line heroics from Lee Tae-hui and Rashid Mahazi was enough to secure three essential points for the Mariners as they continue to defy the drop. The win kept Incheon just one point behind 11th placed Seongnam FC and 10th placed Busan IPark, who are set to square off this Saturday.
With their nearest relegation rivals facing each other, a win would be enough to secure K League 1 football for Incheon in 2021. A draw also leaves several possibilities open, but it gets a bit complicated as that would require a winner in Seongnam and could come dow to goals scored where Incheon currently have the edge on the Magpies, but are level with Busan. Keeping all of that in mind, manager Cho Sung-hwan's team talk should be a simple one: just win. Having already beaten Seoul 1-0 this season, Incheon know they are capable of completing the greatest of escapes, it's just a matter of going out and doing it. 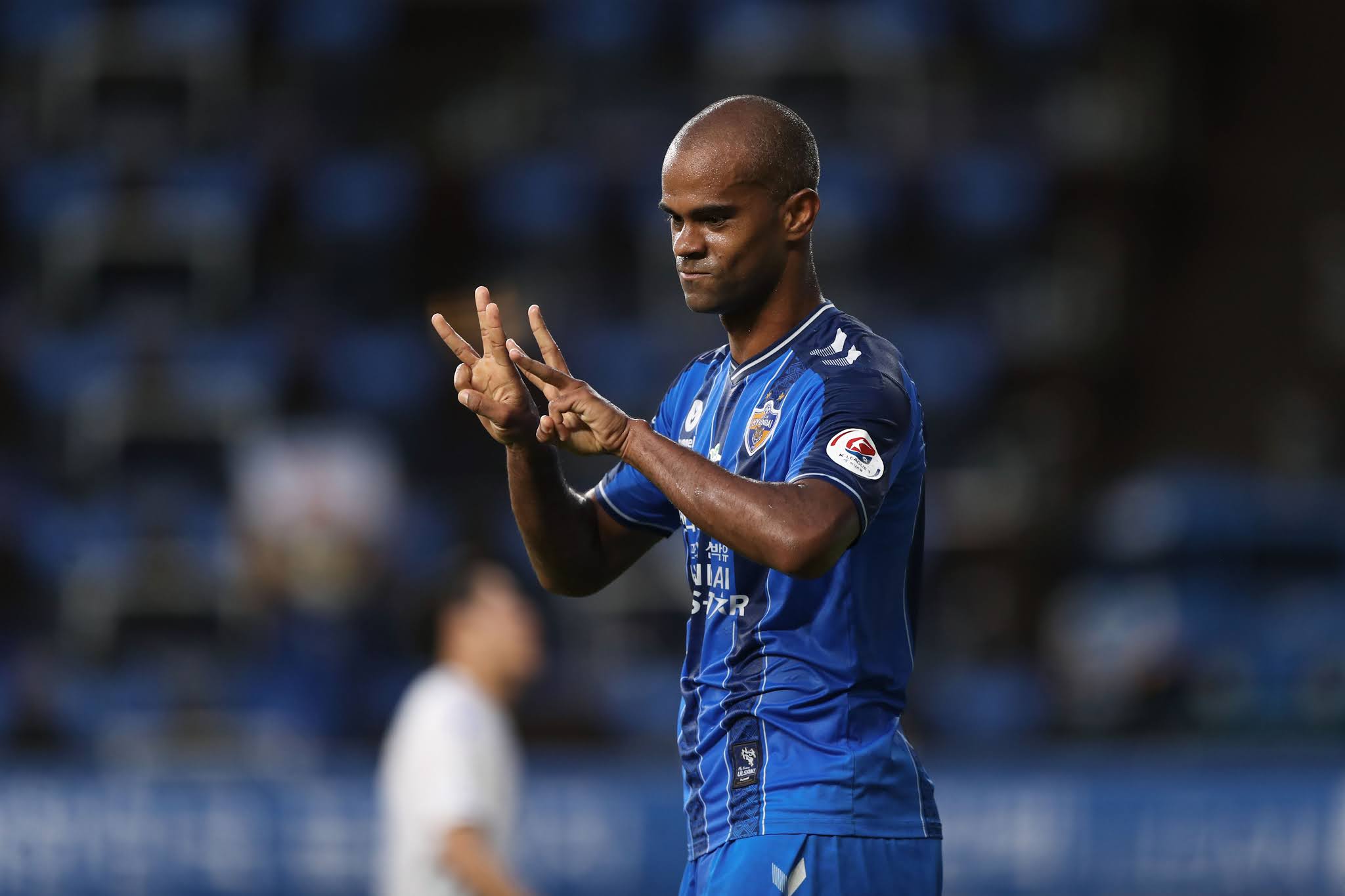 The league's top scorer needs to put in an MVP-worthy effort this Sunday if Ulsan's to have a chance of lifting the trophy. With 25 goals in 26 games, Júnior already has the best goals to games ratio in league history and is likely to take home some individual silverware for his efforts. However, it may ring slightly hollow if the Horangi are unable to claim the K League or FA Cup title. To have even a chance of the former, they must do something they have yet to manage this season: beat Gwangju FC.
The Yellows may have lost four straight in Final A, but their previous two encounters with Ulsan ended 1-1 and they kept Júnior off the board in their first match this season. He did manage to find the back of the net in their Round 19 clash, but it wasn't enough to see off a stubborn Gwangju side. Should history repeat itself again this weekend, even a Jeonbuk loss wouldn't be enough to give Ulsan their first title in 15 years. To avoid that, Ulsan need their talismanic striker to be at his game-changing best. 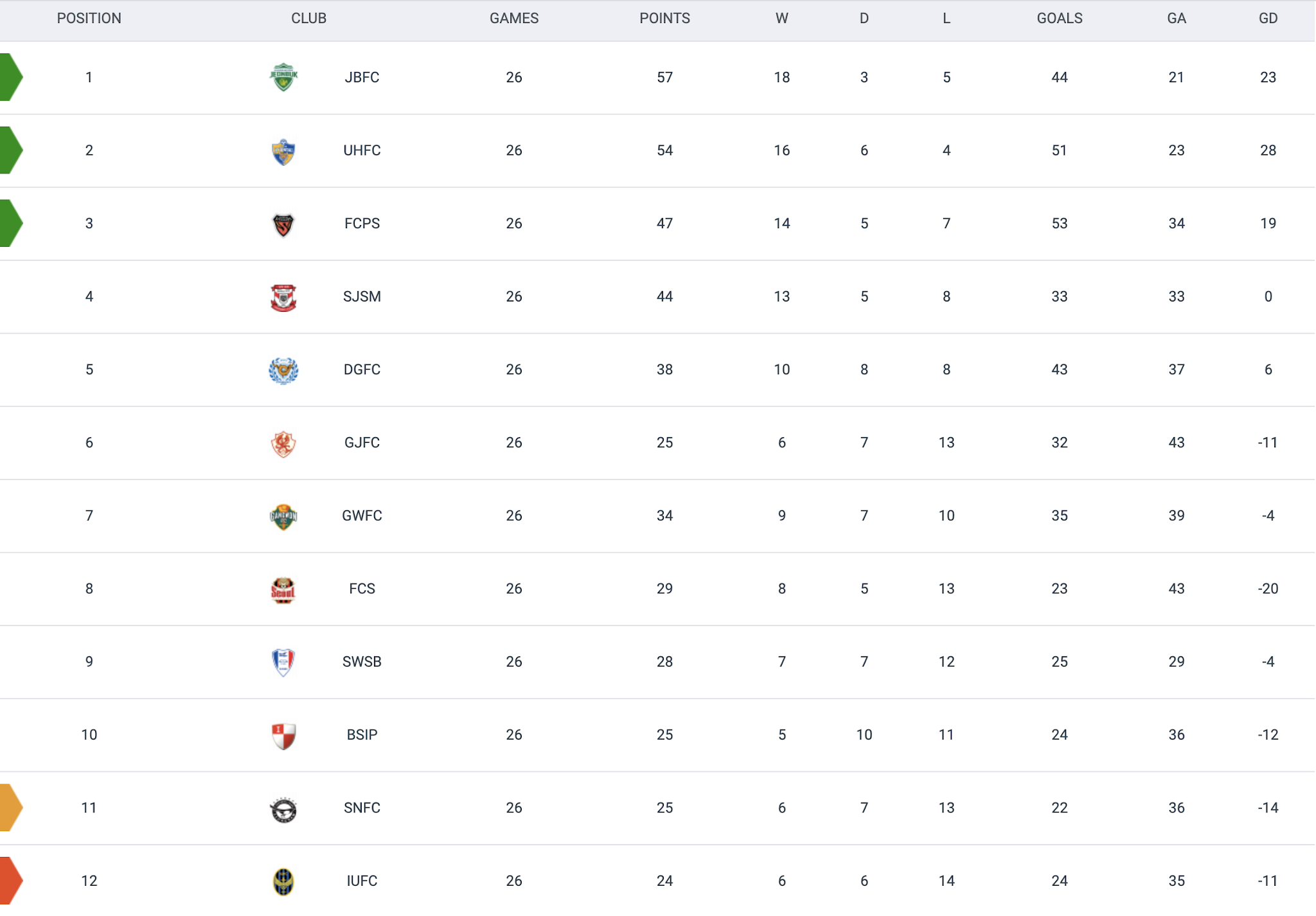