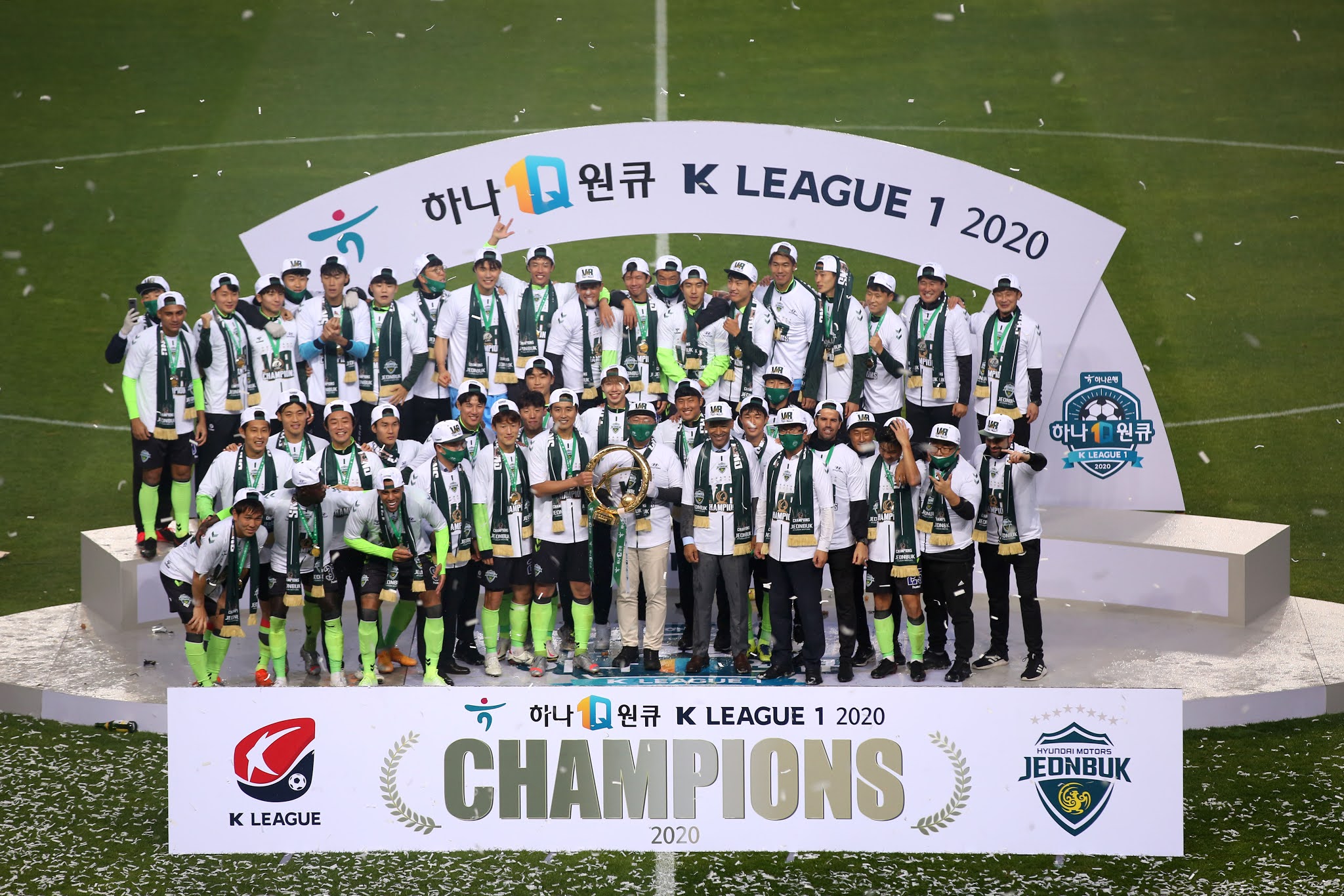 Jeonbuk Hyundai Motors lifted the K League trophy for the fourth consecutive year thanks to a brace from Cho Gue-seung. Lee Dong-gook bid farewell to league action in Jeonju, captaining Jose Morais' side to the title by defeating a spirited Daegu side and condemning rivals Ulsan Hyundai to second place.

A 1-0 victory away at fellow title challengers Ulsan meant that a point would be sufficient for Jeonbuk to retain the title. After controlling possession but failing to really test Daegu keeper Choi Young-eun, Modou Barrow slipped in Choi Chul-soon down the left whose cross to the back post found a grateful Cho Gue-seung to head home. Cho made things more comfortable for the hosts at the break taking his time to fire a second in off the post on 41 minutes.
Daegu did not give up the ghost in the second half with Kim Dae-won introduced from the bench and Cesinha firing just wide on the hour mark. As home fans anticipated an Lee Dong-gook parting gift in the form of a goal, Daegu continued to search for a way back into the game but couldn't get past a stubborn Jeonbuk back line.
[READ: 2020 K League 1 Award Nominees]

41-year-old Lee Dong-gook received a rapturous reception both on 20 minutes and when applauding his adoring fans at the end of the game. While he would have liked to have notched a memorable final K League goal, Lee spearheaded a dominant Jeonbuk performance flanked by Modou Barrow and youngster Cho Gue-seung.
Lee had a couple of opportunities to add a fifth goal to his tally this season, notably flicking a header off target from Choi Chul-soon's in-swinging cross and seeing a shot from just inside the box well blocked. 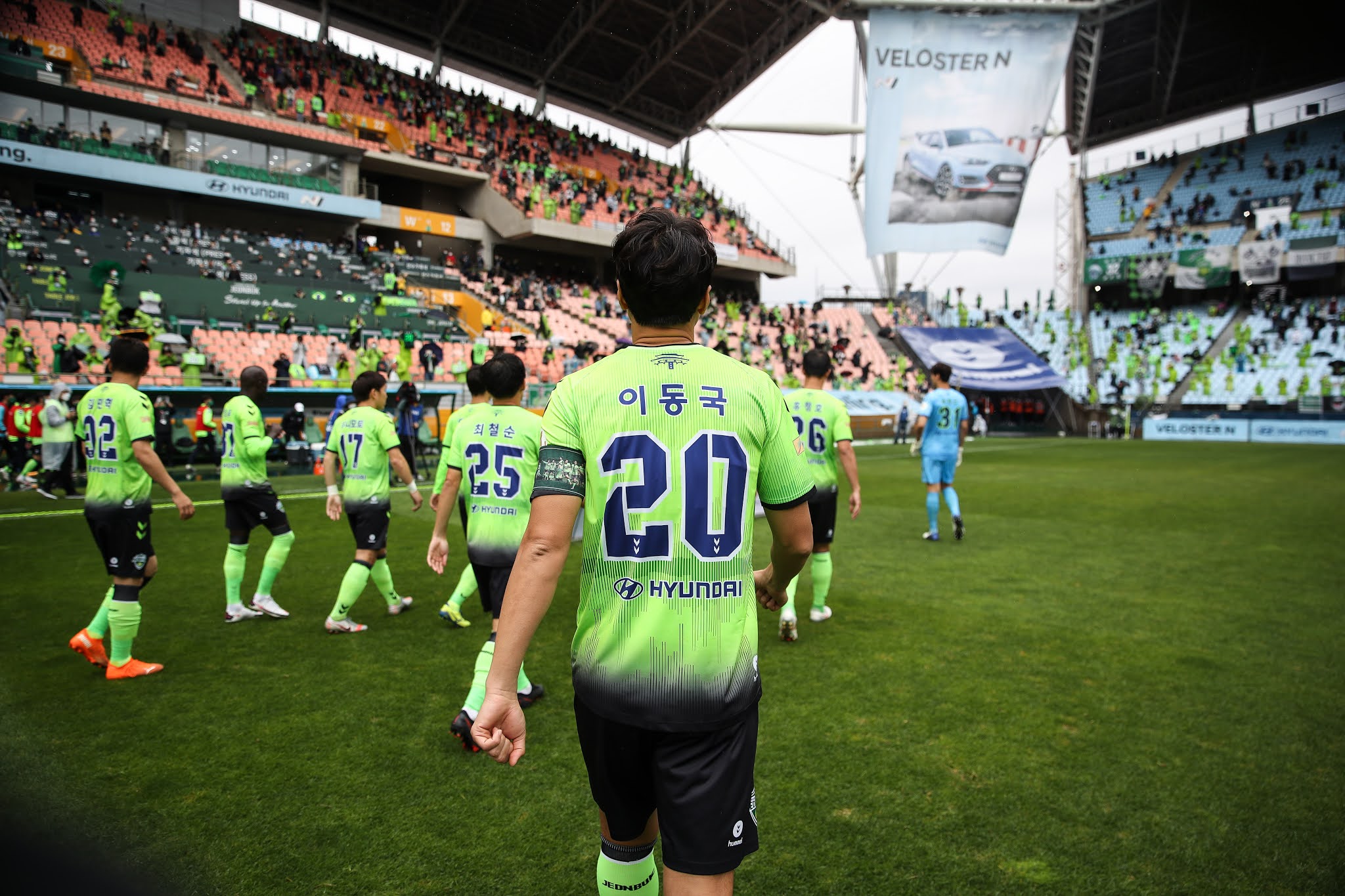 In another memorable title race between Jeonbuk and Ulsan, the Jeollabukdo-based side once again came out on top by a narrow margin. Kim Do-hoon's Ulsan will look to last weekend's home defeat to the retaining champions as an opportunity missed. The Horangi's 2-0 win over Gwangju may have put pressure on Jose Morais side had Cho Gue-seung not already put them in a commanding position.
Peter Hampshire
K League United Assistant Editor