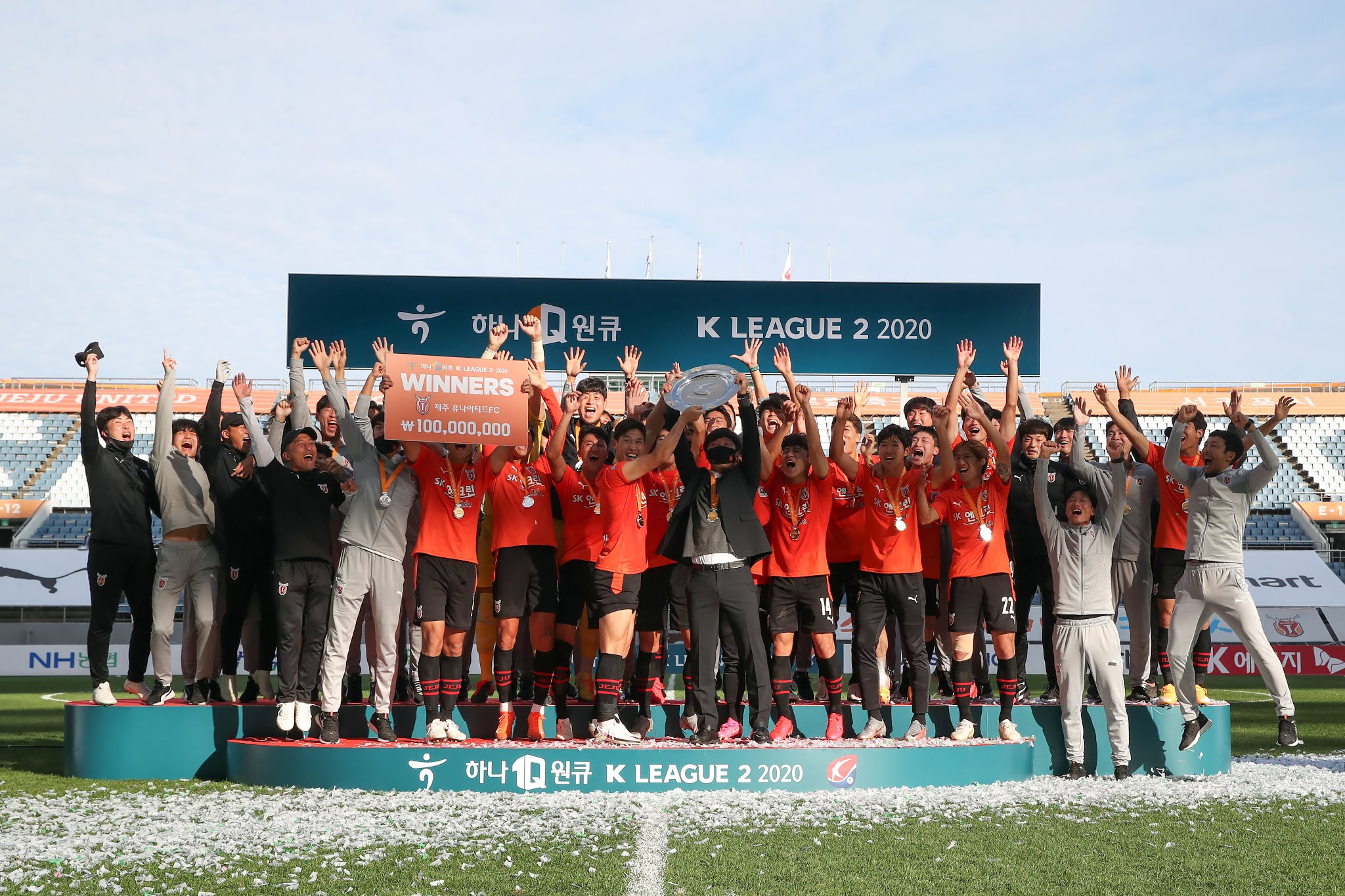 With one match to spare, Jeju United win the 2020 Hana 1Q K League 2 championship. It is the first piece of silverware won by Jeju and a third promotion for manager Kim Nam-il.

With a 3-2 win over Seoul E-Land on Sunday, Jeju United clinched the K League 2 title and an instant return to the top flight.

Nam Ki-il side went top of the league for the final time in Round 20 and all-but sealed promotion with a 2-0 win over second place Suwon FC in Round 25.

The Islanders are now on a 15-match unbeaten run with 11 victories with one match of the season remaining and have the meanest defense in the division, having conceded just 23 goals, and the second most potent attack with 49 goals scored.

Jeju United are well-represented at this year's K League Awards, too, as no fewer than 12 players as well as manager Nam Ki-il have been nominated.