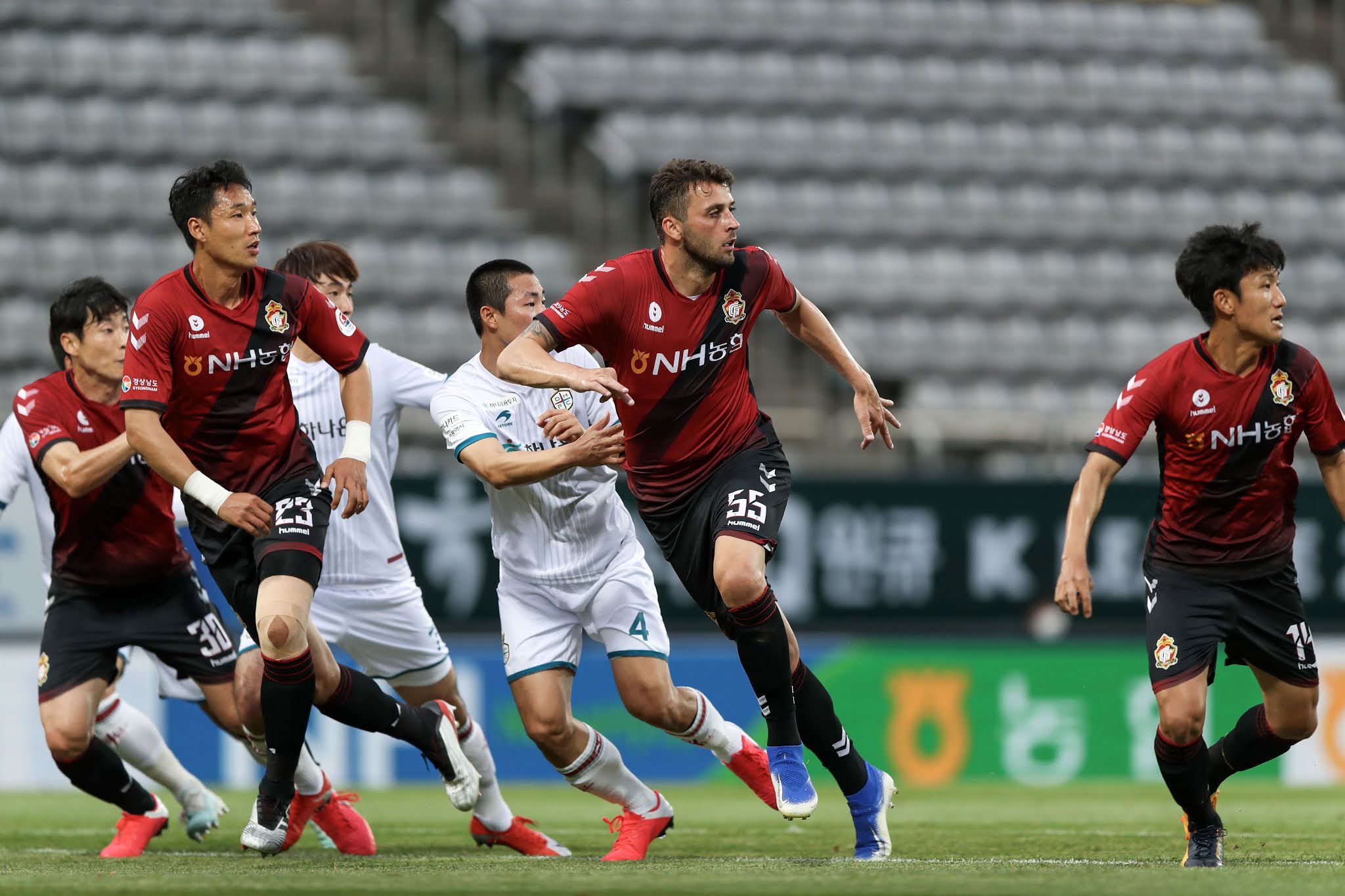 After seven months of action, the playoff race has gone down to the wire in the 2020 K League 2. Suwon Fc has already booked their place in the playoff final, finishing second overall in the league. However, the final two places are still all to play for. It is only fitting that the four teams in contention will play each other on the last day of the regular season. Jeonnam Dragons will travel up to the capital to face off with Seoul E-Land. At the same time, Gyeongnam will welcome Daejeon Hana Citizen to Changwon. Only two teams can book their place in Wednesday's Playoff Semi-final. Michael Redmond previews this one.

Matches of the Round 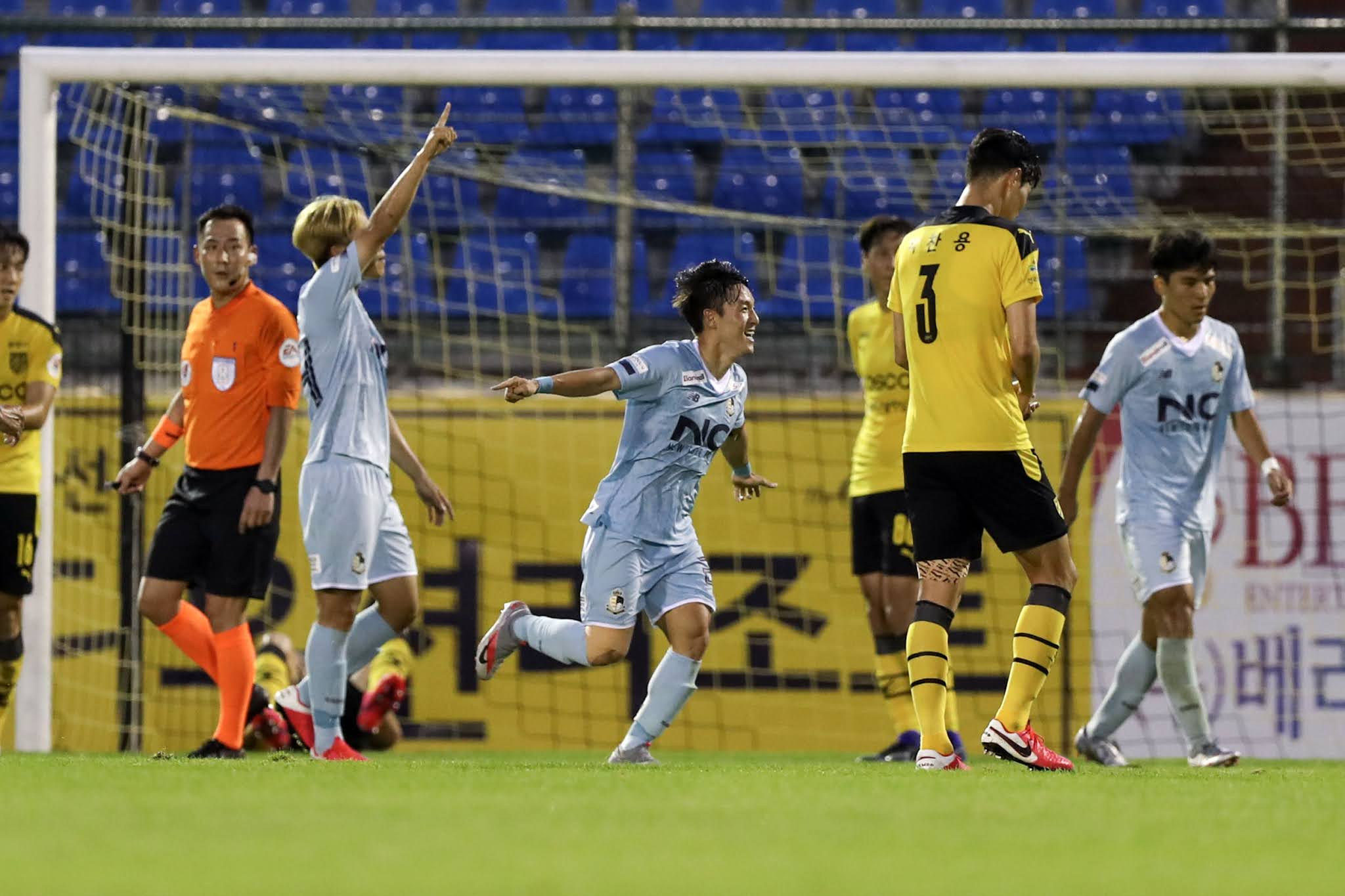 Only three points separate 3rd and 6th place in the league but in Seoul and Jeonnam's case, it is only one point which differentiates the two.  Jeonnam will make the journey to Seoul for the second time this season, after a stalemate earlier on in the year. Seoul has slightly better form leading into this one with three wins, one draw and one loss. Compared with Jeonnam's two wins, two draws, and one loss. Seoul also claimed victory the last time the two met. A 2-1 victory in Gwangyang was a heavy factor to how they have managed to stay in the playoffs for so long.

Seoul would only need a draw in this one, as long as Daejeon win or draw their game against Gyeongnam. For Jeonnam, they have to win to get into the playoffs. Jeonnam are the lowest-scoring team within the four fighting for the last two spots and they are facing off against the second-best defence amongst the four. Jeonnam are not known for scoring goals as they are a more defensive side. They will hope for a repeat of their game against Suwon three rounds prior, when they put four goals past the 2nd placed side. For Seoul, they are shaking off a 3-2 loss against the champions and newly K League 1 promoted side Jeju United. The Leopards went three goals down before bringing it back to 3-2. 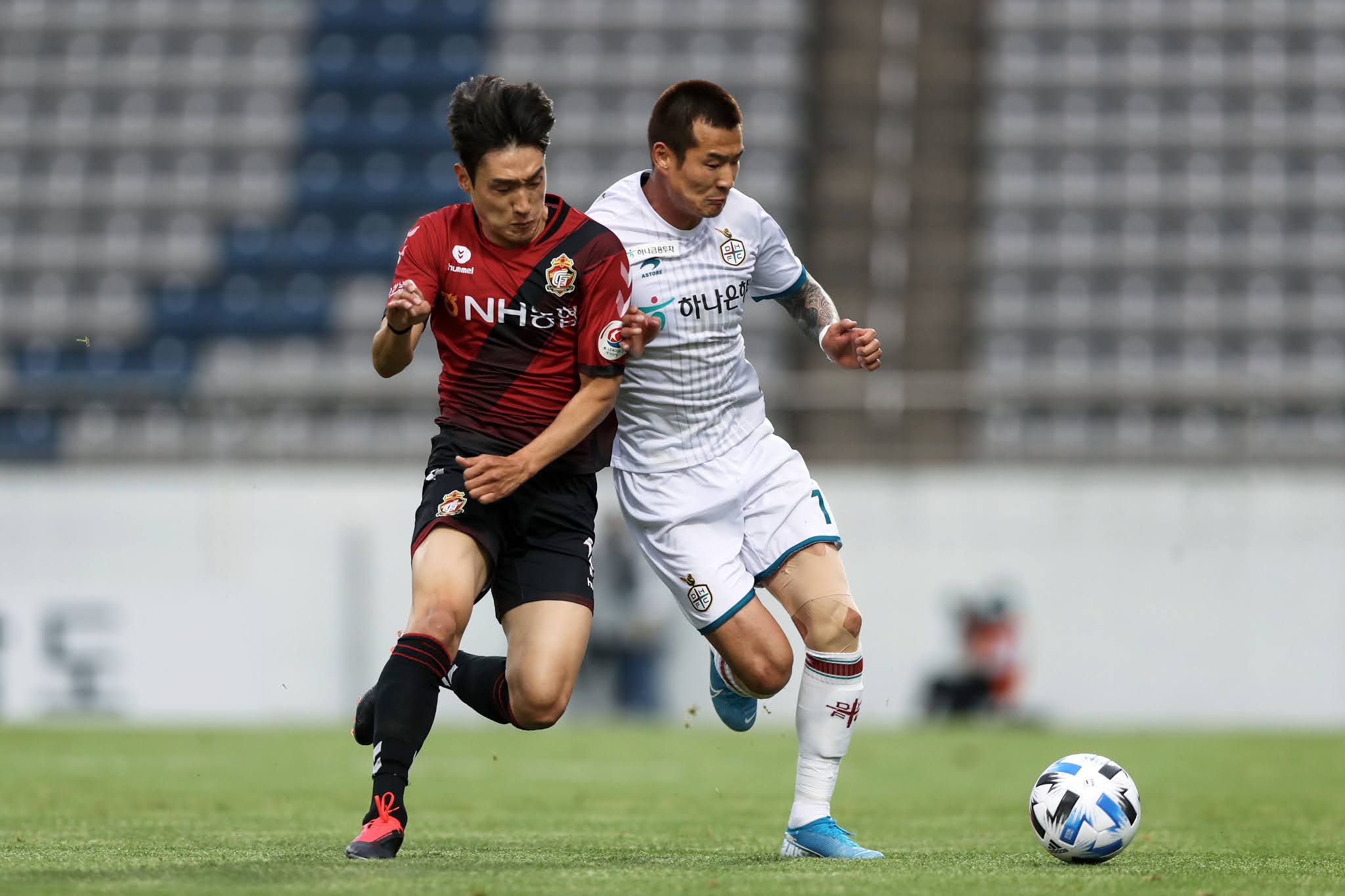 Daejeon Hana Citizen returned after their two-week hiatus in the K League. They saw off  FC Anyang 3-0 in the Daejeon World Cup Stadium.  Daejeon will only have three rest days to recover before their trip down to Changwon to face off with Gyeongnam. Gyeongnam are still in with a shot of the playoffs.  They need to beat Daejeon to leapfrog into 3rd place. It will then be the outcome in the capital, to see if they manage to keep hold of the home venue advantage.

Gyeongnam fell short in the last round 2-1 to Suwon FC and have been having a pattern of win one week and lose the next in recent results. The former K League 1 side were looking to bounce straight back into the top tier, along with Jeju United. The side has failed to really set the league alight like the Islanders have. The fans may have expected more from the side in their first season back in the second division. Both Daejeon and Gyeongnam have had rollercoaster seasons. Daejeon have really failed to find the form they had earlier on in the season.

For Gyeongnam's case they had some fine form in August, winning four games in a row. Apart from that, their wins have come a little few and far between. Recording nine wins, nine draws, and eight losses. This game could be a late push for promotion for either side, or it could be the final call in their up and down season. 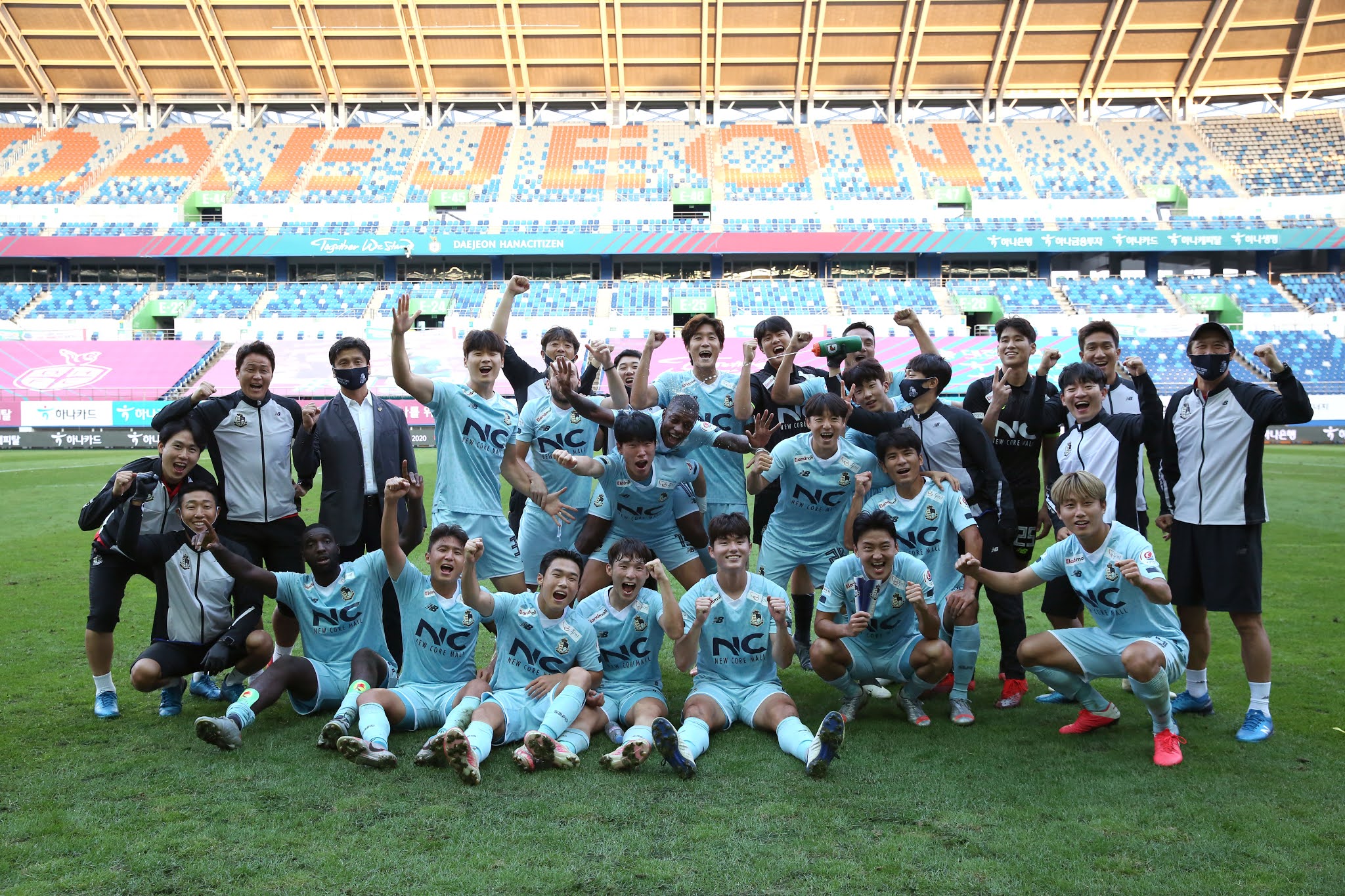 Every side who are in the running for the Playoffs have had experience in the top flight of Korean football, apart from one. Seoul E-Land played their inaugural season back in 2015, when they bowed out of the first playoff game against Suwon FC. Seoul have never reached such heights since. In the past two seasons, the Leopards have finished last in the K League 2 and things looked bleak. However, this year has been a transformation for Seoul. They brought in established manager Chung Jung-yong and young exciting players.
Seoul have a chance now more than ever to finally push themselves into the top flight. Seoul E-Land fans have never experienced the K League 1 and they are eager to see what it has installed. Due to this year's playoff not including a promotion/ relegation game with the 11th placed K League 1 side. There will be only three games on their road to glory. Can Seoul top off a remarkable year and reach the promised lands of the K League 1?
[READ: Seoul E-Land: All or Nothing?]

Players of the Round 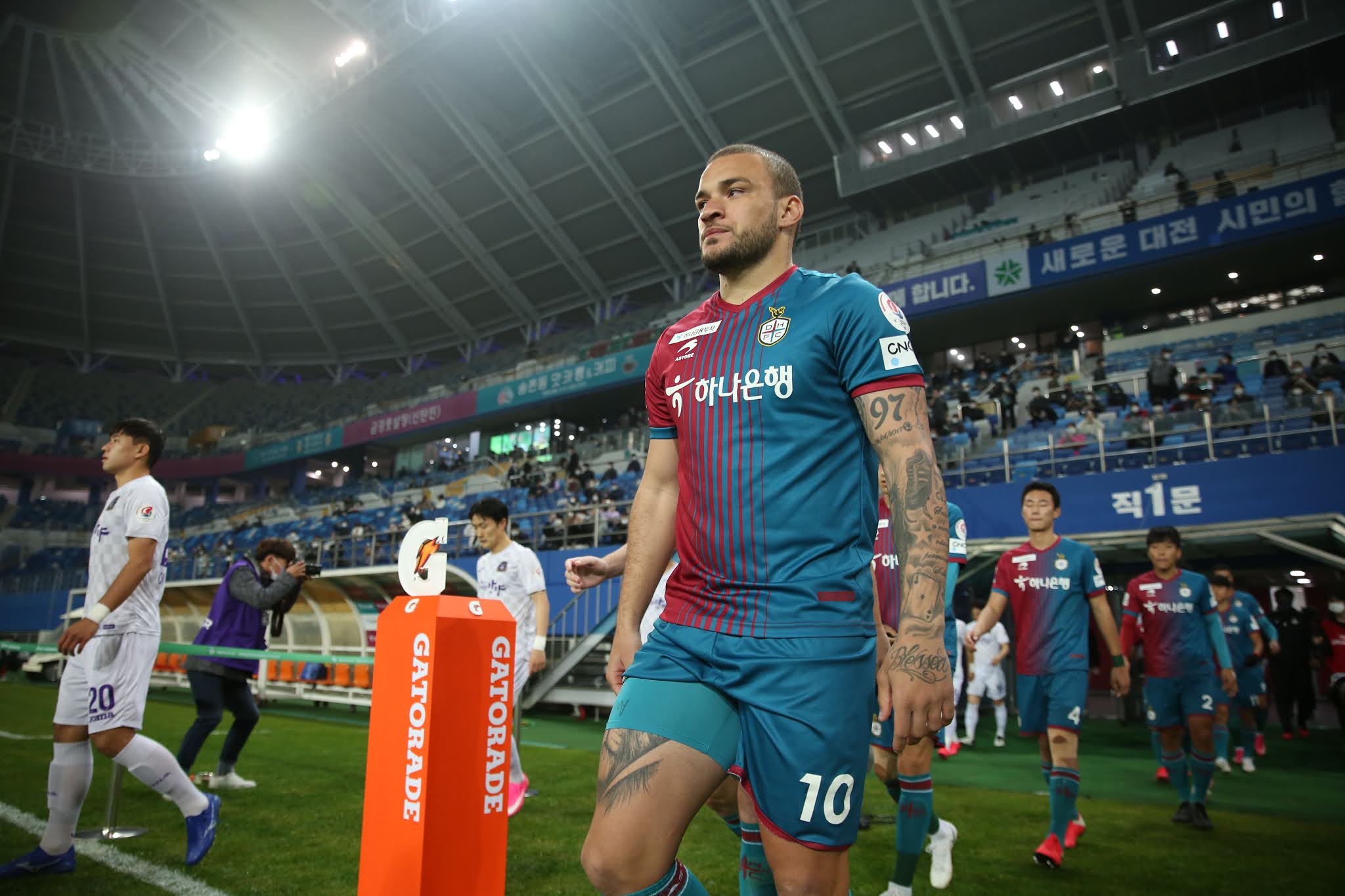 The Brazilian attacker has been part in parcel the reason why Daejeon are in the position they are now in the 2020 K League 2. Luis has a keen eye for goal, scoring 14 goals this year. He is a threat up top which has contributed to almost half of the team's goals this year. Luis is a strong attack-minded player who will not be afraid to run against Gyeongnam's defence. Gyeongnam have conceded 37 goals so far this year, and they will have to put a good performance in to stop that growing further.
Seoul E-Land - Leandro 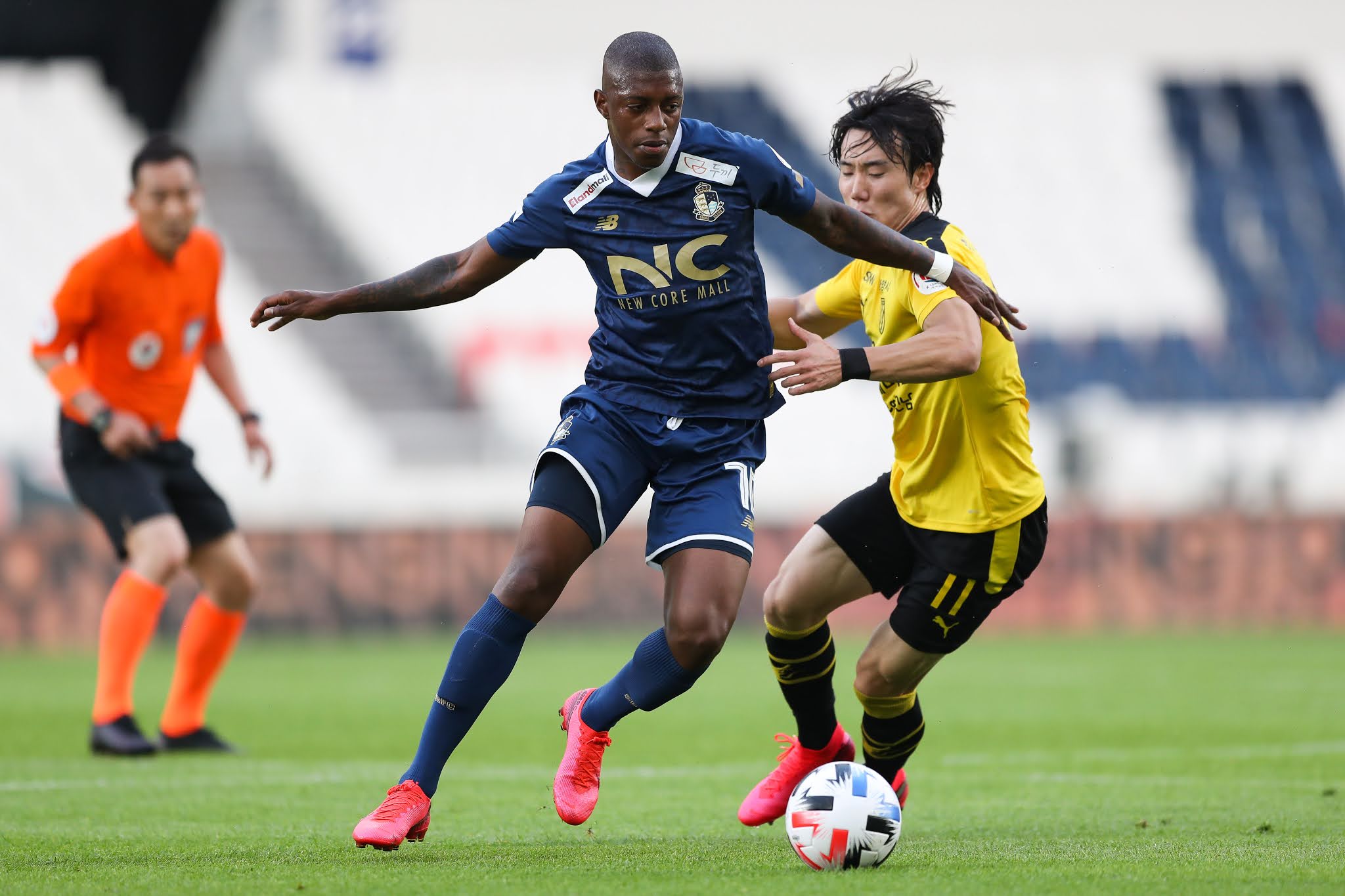 Leandro has been exceptional for the Leopards this year. The fast-paced Brazilian uses his pace against the teams of the K League 2. He has scored many a goal throughout the year which due to his pace alone, lead him one on one with the goalkeeper. Leandro is on nine goals this season and will love to increase that number before the potential playoffs. Leandro also puts himself into dangerous positions which confuse defenders. In doing so, he gives space for other Seoul E-Land players to move in and score. Leandro has also assisted five goals this season.
Jeonnam Dragons - Hwang Ki-wook 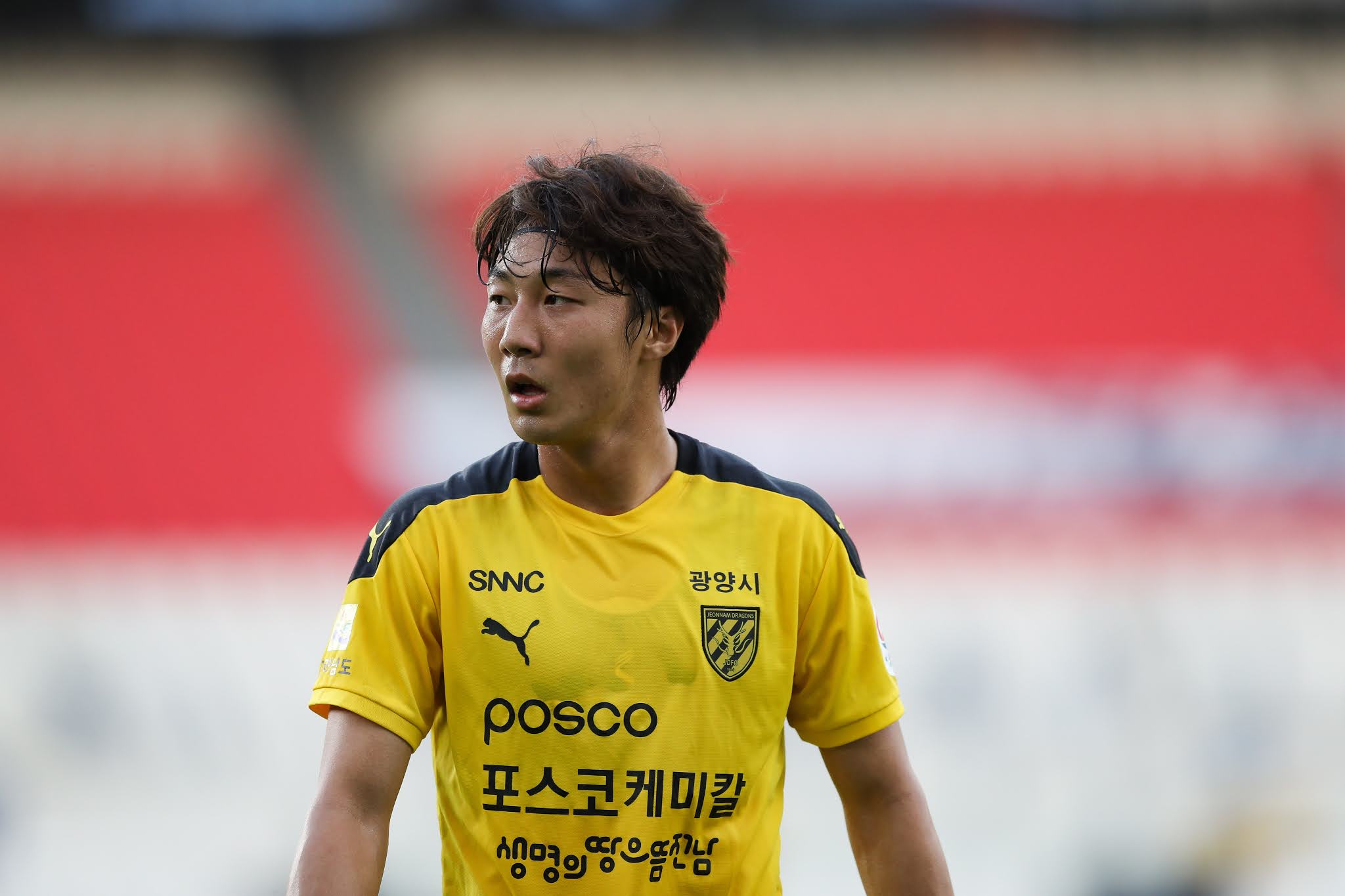 The 24-year-old Korean has had brought K League 1 experience back into this Jeonnam Dragons side this year. The former FC Seoul player has played all but one game this year in the league and also has three goals to his name. Hwang Ki-wook does have a slight discipline issue which he needs to watch out for. He already has seven yellow cards to his name, the most in the club this year.  The midfielder could be the key to distributing the ball around the park on Saturday for the Dragons.
Gyeongnam FC - Baek Sung-dong 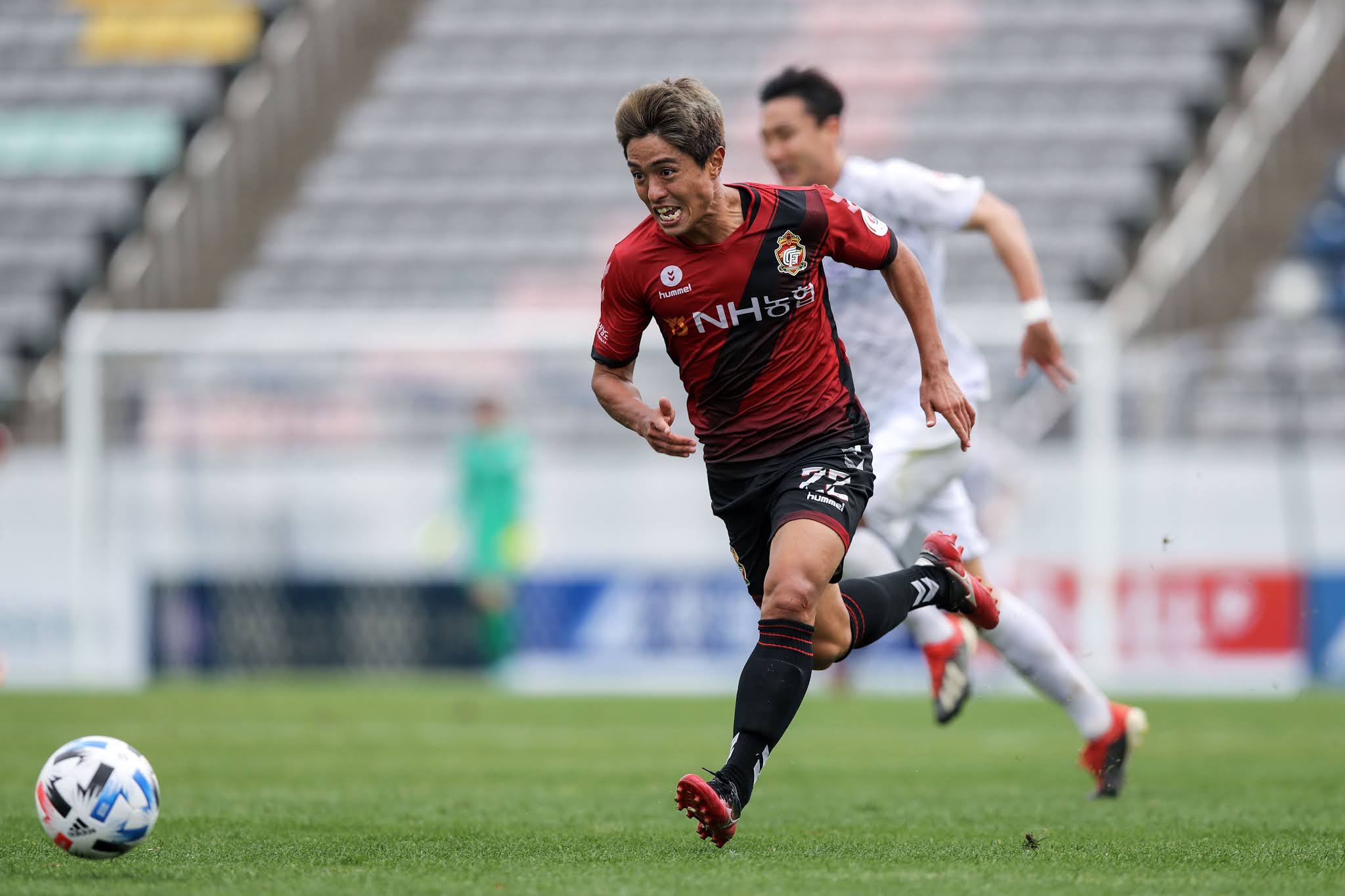 The 29-year-old has recorded his best goal-scoring season in his career in 2020 with nine goals so far for Gyeongnam. Baek Sung-dong brings experience into the club, with Gyeongnam being the fifth team of his career and second in Korea. The midfielder spent last year with Suwon FC, recording seven goals. Sung-dong has scored first in five of those goals. Gyeongnam will look for his partnership with Hwang Il-su to cause some problems for Daejeon Hana Citizen on Saturday afternoon.
[READ: 2020 November K League Newsletter]