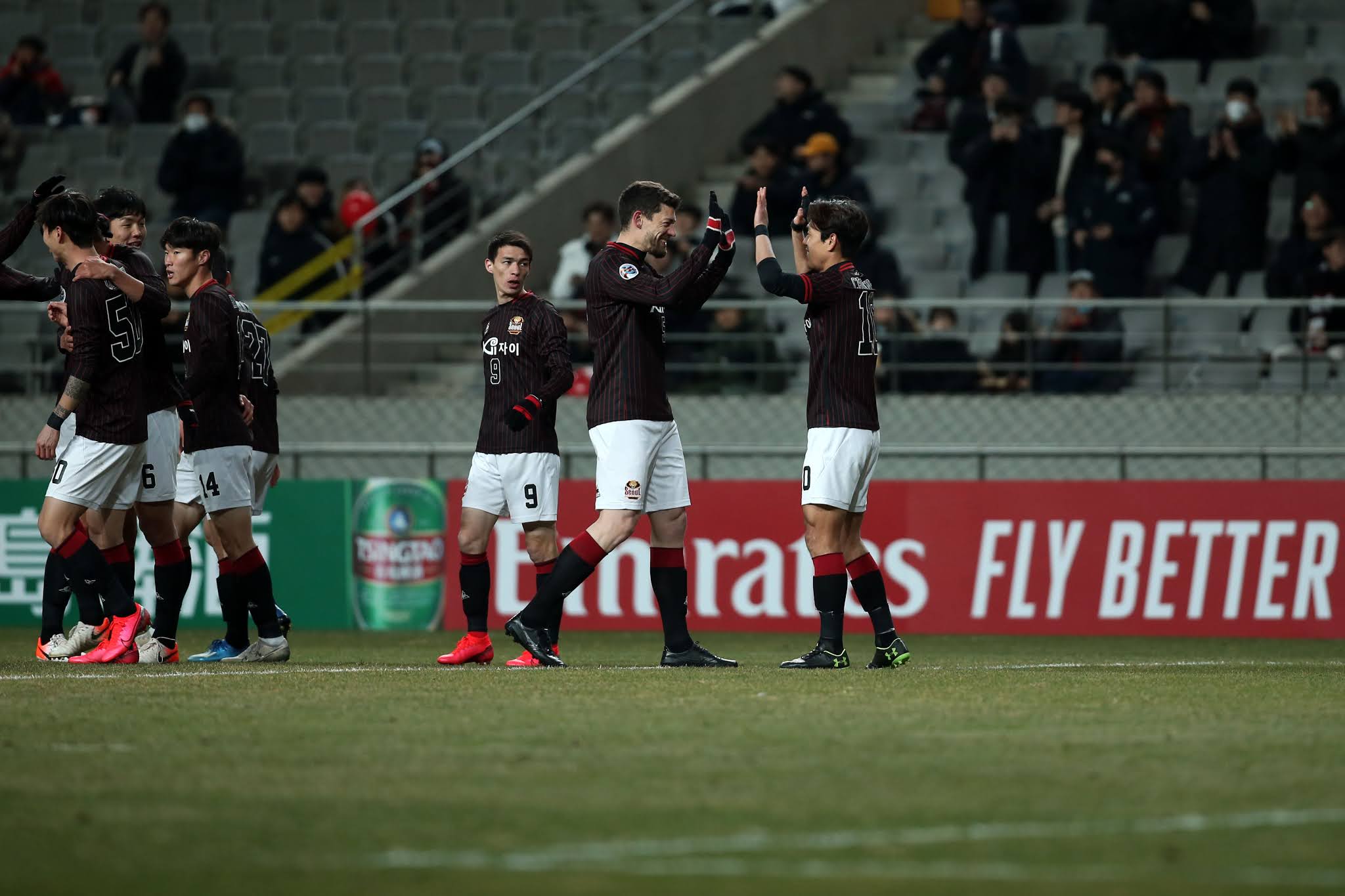 Back in February FC Seoul picked up a 1-0 win over A-League outfit Melbourne Victory and so head to Qatar joint-top of Group E.  The capital club take on CSL side Beijing Guoan  in their opening 'Doha bubble' match before back-to-back games with Thai League 1 side Chiangrai United. Lee Won-jun's men will then wrap up the group phase with the return fixture with Melbourne Victory.

The double with Chiangrai United will be the first ever meetings between the two teams. The last time Seoul came up against Thai League opposition was in 2016, beating Buriram United twice and scoring eight goals in the process. Before that was 2013 and also against Buriram, registering two draws. Seoul have only met Melbourne Victory once before however, the 1-0 win earlier in the year. The capital club have met A-League opposition on eight previous occasions prior to this season, winning three, drawing three and losing twice. Interestingly, Seoul's last six matches against an Australian team have been against Western Sydney Wanders having met them in 2014, 2015 and 2017.

The 2020 K League campaign saw Seoul finish ninth after a brief flirtation with the relegation battle. Seoul are on a third caretaker manager of the season, fourth overall, and will be without some important first team players. Injury prevents Ikromjon Alibaev, Ki Sung-yueng, Go Yo-han, and Adriano from travelling to Qatar while Ju Se-jong and Yoon Jong-gyu will remain in Korea as a precaution following the COVID-19 outbreak amongst the Korean National Team squad.

Seoul will, however, be looking to reach the ACL knockout stages for the first time since 2016. In the nine times which Seoul have entered the competition, the capital club have reached the knockouts eight times and even finished as runners up in 2013. 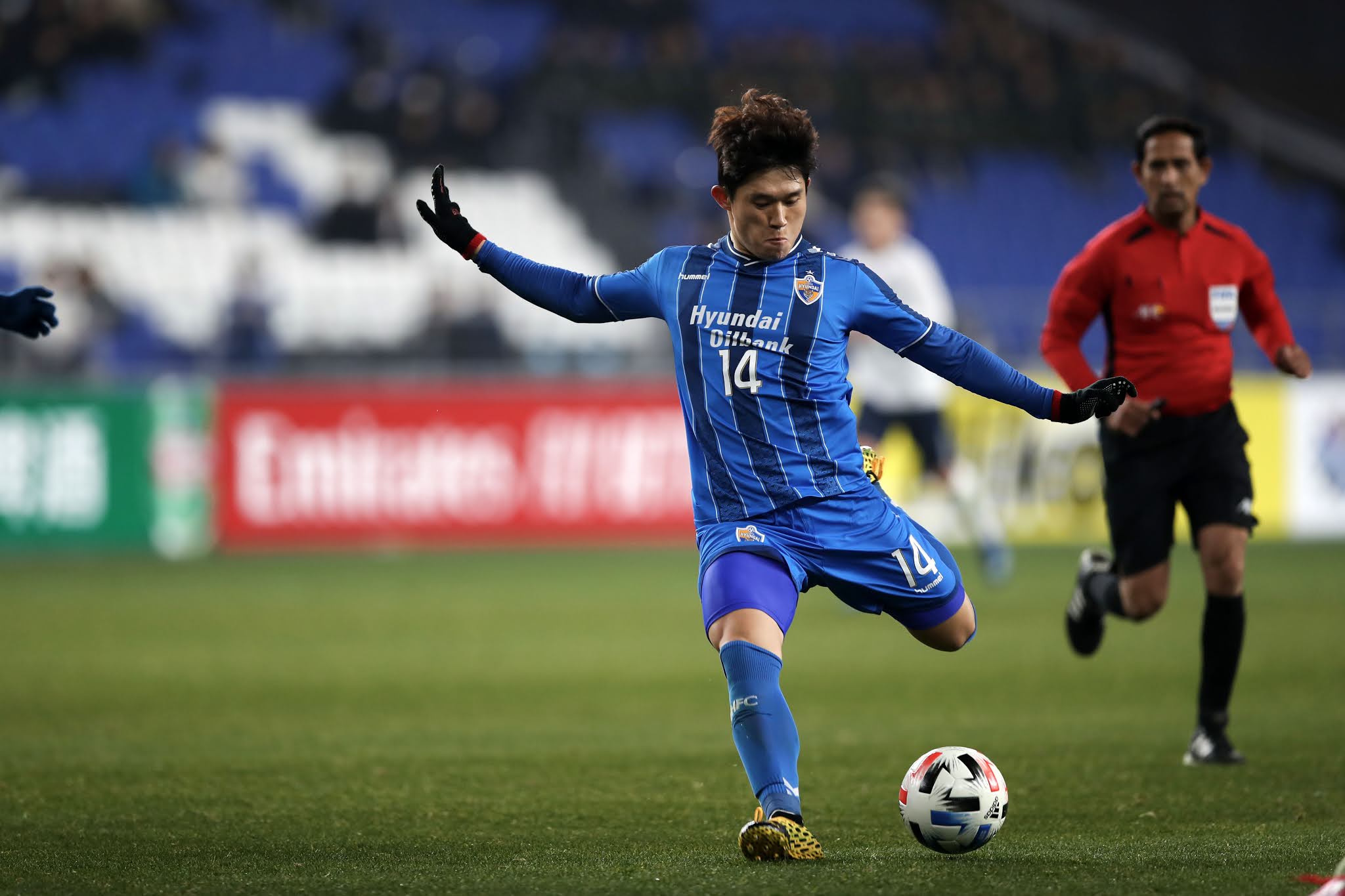 Ulsan Hyundai come into the Asian Champions League looking for one final shot at redemption in 2020. It's been another frustrating year for the Tigers as they finished runners-up in both the K League 1 and the FA Cup.

Kim Do-hoon's side will feel they have a decent shot at glory in Doha though -- they boast one of the most potent attacks in the K League, spearheaded by their prolific Brazilian striker Júnior Negrão. The 33 year-old had another outstanding season, averaging just under a goal a game in the league. Couple that with a sturdy defense and reliable midfielders like Lee Chung-yong and Yoon Bit-garam, and it's easy to see why Ulsan fancy their chances over in Qatar.

Their Group F opponents are ACL debutants Perth Glory of the A-League, Shanghai Shenhua of the Chinese Super League, and FC Tokyo of J1 League. The Horangi managed just one game before the suspension of the competition -- a 1-1 draw with the side from the Japanese capital. There are some good omens for Ulsan in this group though -- manager Kim Do-hoon has been successful in leading his team out of the group stages in the last two ACL campaigns, winning five, drawing five and losing just twice in the process. And while they have never faced Perth Glory before, Ulsan are unbeaten in six against Australian opposition. Shanghai Shenhua perhaps represent the biggest challenge as they feature former Horangi favourite Kim Shin-wook in their ranks, although the giant striker has been side-lined through injury since August. Finally, the last time Ulsan were drawn in a group with FC Tokyo was in 2012 - the year the Horangi went on to lift their one and only Asian Champions League title - Kim Do-hoon, and Ulsan's fans, will be hoping history repeats itself this year. 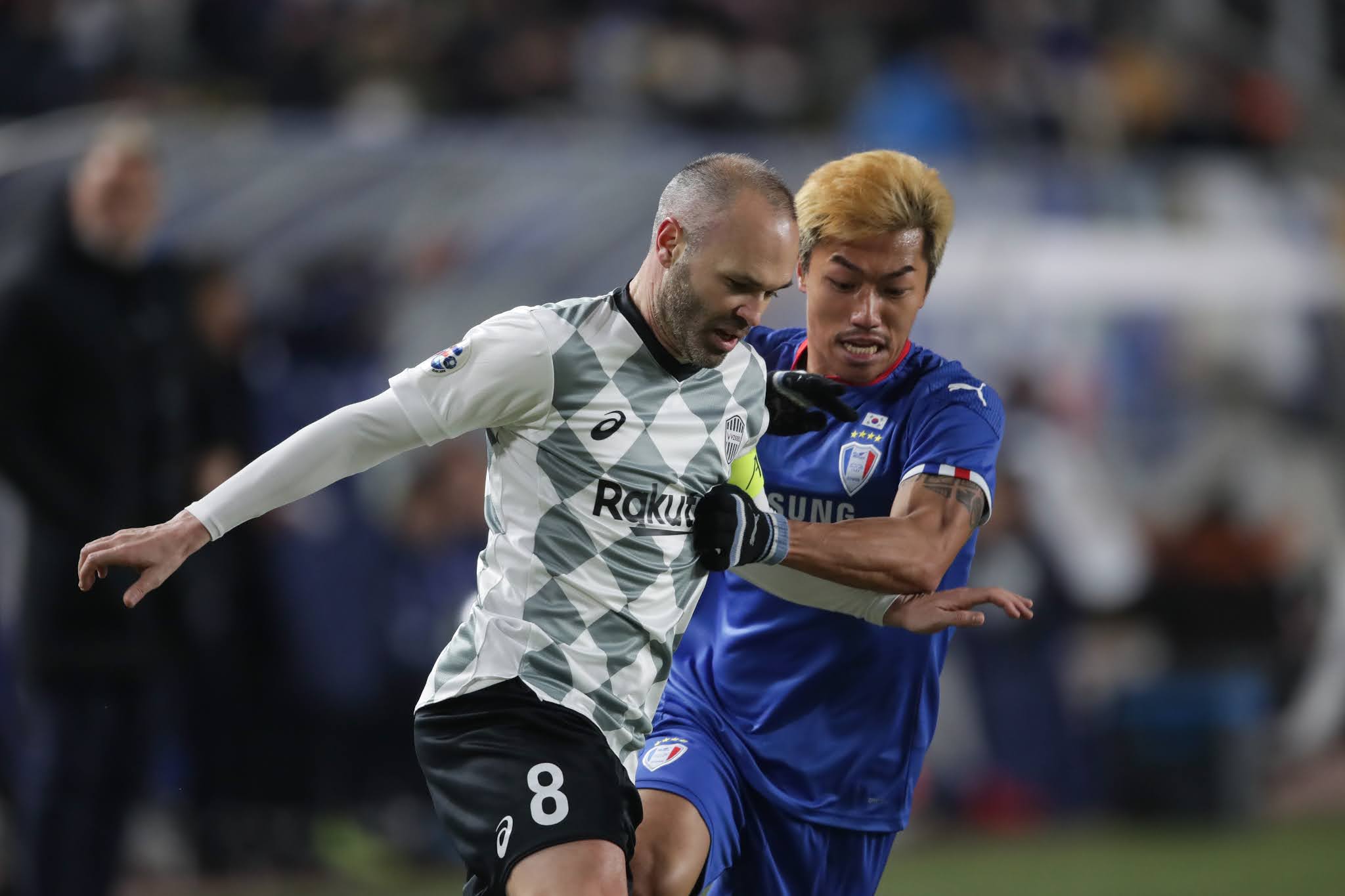 Suwon Samsung Bluewings finished 8th with 31 points from 27 games in the 2020 K League 1 season. Park Kun-ha took over from Lee Lim-saeng’s replacement Ju Seung-jin, and ensured Suwon survived the relegation scare in the end. The AFC Champions League remains their final opportunity to win some silverware.

The Bluewings will face a stern test after being drawn in Group G alongside 2019 Chinese Super League champions Guangzhou Evergrande and 2019 Emperor’s Cup winners of Japan in Vissel Kobe. Notably, the other side in the group Johor Darul Ta’zim have withdrawn from the tournament after failing to get clearance from Malaysia’s National Security Council to travel to Qatar.

Before the pandemic disrupted the functioning of ACL eight months ago, Suwon had lost both their games against Vissel Kobe and Johor Darul Ta’azim, respectively. However, after the Malaysian champions’ withdrawal, that 2-1 defeat is nullified, meaning they have only the 1-0 loss to Vissel Kobe against their name. As such, they now face back-to-back games against Guangzhou Evergrande before another meeting with Vissel Kobe as they aim to open their account in ACL 2020.

The Bluewings are undefeated in their previous three meetings against Guangzhou, with two matches ending in a stalemate and Suwon winning on one occasion. Suwon have faced Kobe just once previously, in this season’s early ACL meeting at the Suwon World Cup Stadium in February. Suwon looked set to grind out a point until Kyogo Furuhashi broke the home side’s hearts with a well-taken 90th-minute winner. 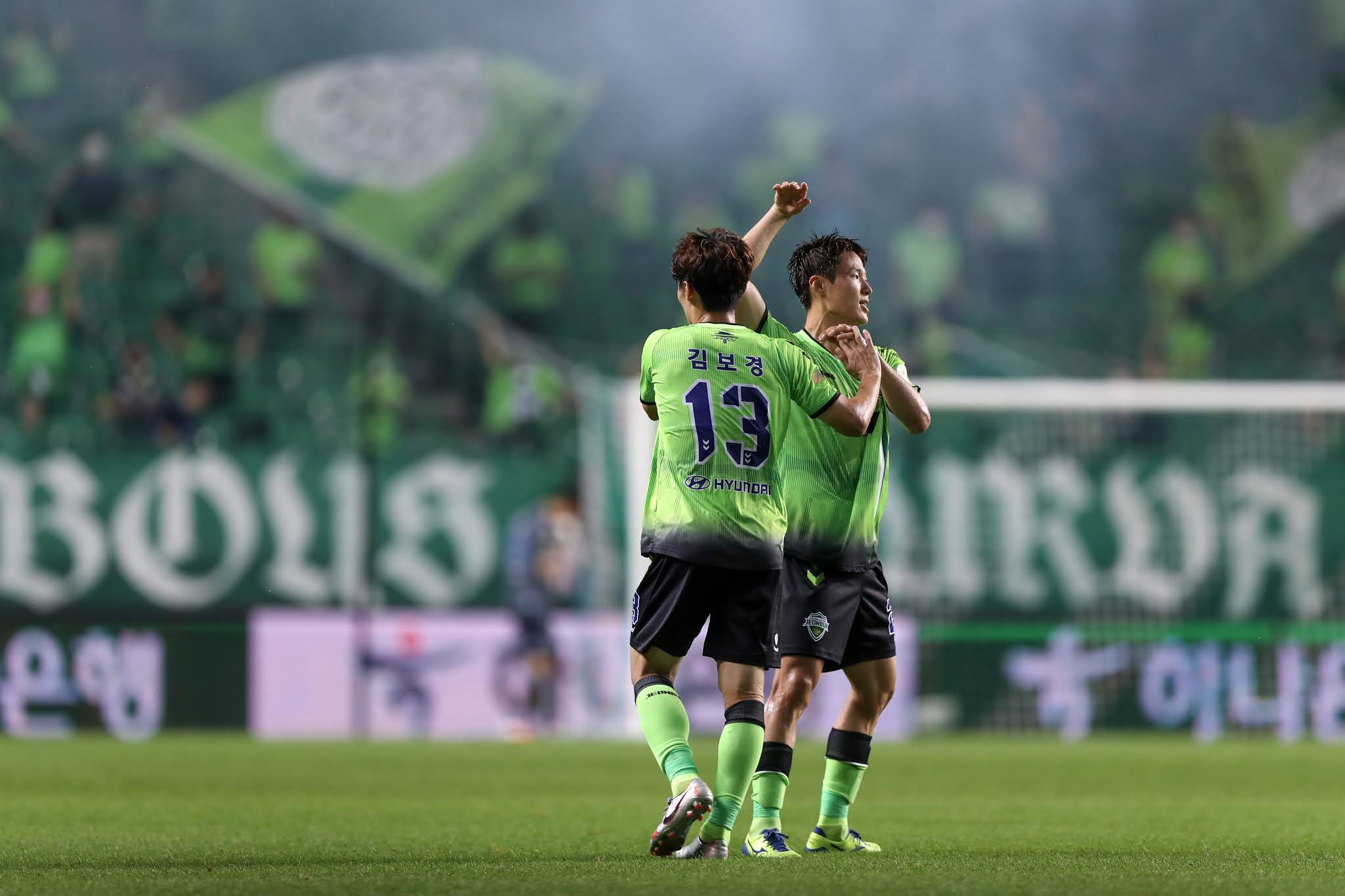 After claiming both the K League and FA Cup titles in quick succession in the last few weeks, Jeonbuk Hyundai Motors set their sights towards the continent and the prospect of an unprecedented 'treble' trophy haul. However, their task will not be straightforward as they contend in a group with J.League champions Yokohama F. Marinos, A-League title holders Sydney FC and Chinese Super League heavyweights Shanghai SIPG.

While Jeonbuk do have a strong record against J.League sides in the past, winning six of the last seven encounters, Yokohama F. Marinos came into this competition after a stunning domestic campaign that drew international plaudits. The North Jeolla side have fared better against Australian opposition, having never lost to an A-League outfit. They will be wary of Shanghai SIPG, however, having been knocked out of the competition to them on penalties last season in the Round of 16. With the CSL side now boasting former Jeonbuk star Ricardo Lopes in amongst their ranks in addition to Brazilian internationals Hulk and Oscar, Jeonbuk will know the threat they could pose.

Prior to the competition's postponement, the Green Warriors were only able to claim a point from meetings with Yokohama and Sydney, meaning that they return to action this Sunday against Shanghai SIPG needing to hit the ground running if they are to stand a chance of progressing to the knockout stages. Having had a full season to fine-tune their side though, José Morais will believe his Jeonbuk side are heading into this competition in fine form and will be hoping to be crowned Champions of Asia once more after last lifting the trophy in 2016.