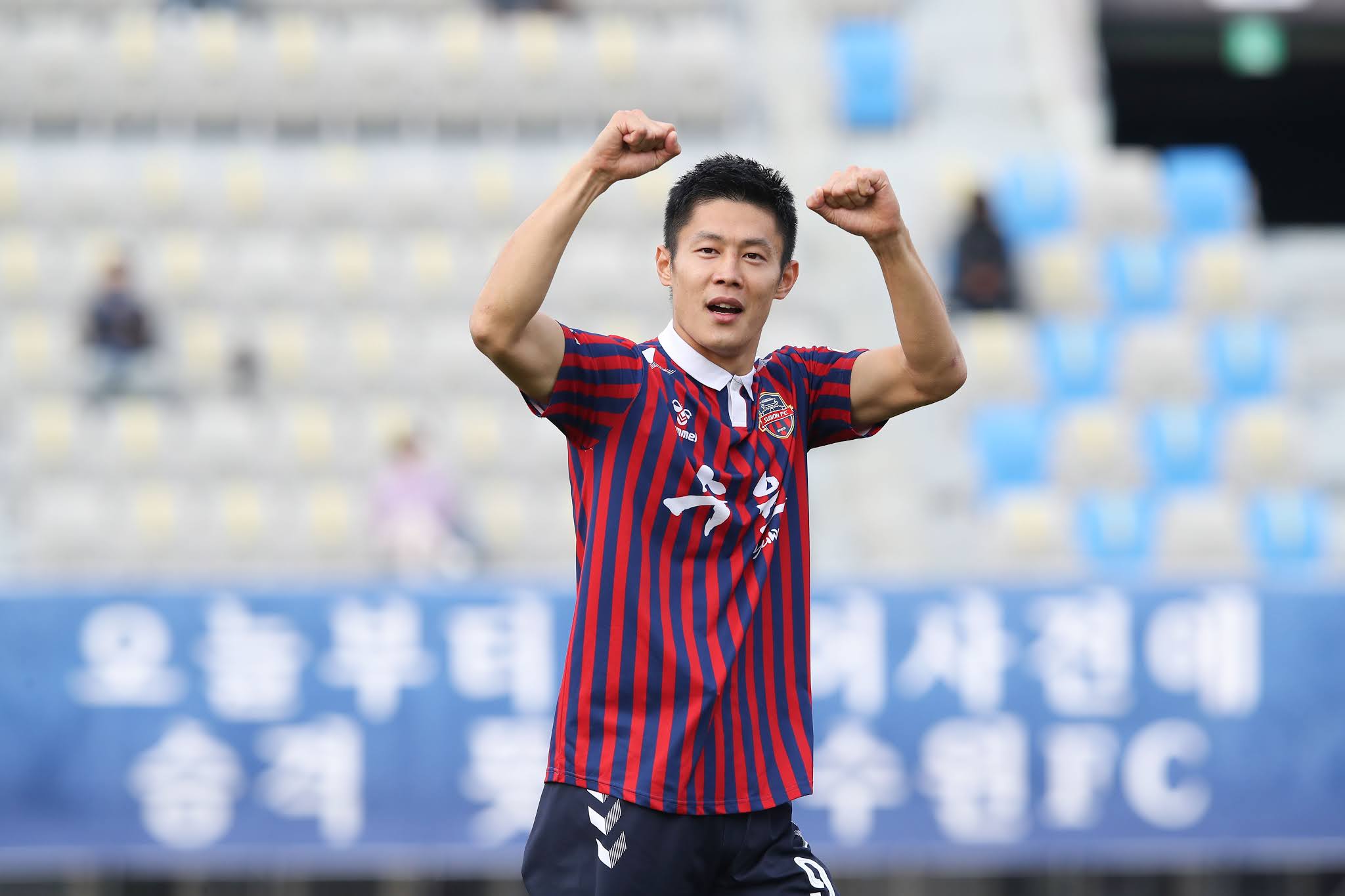 Suwon FC have won promotion to K League 1 after overcoming Gyeongnam FC in the 2020 Hana 1Q K League 2 Playoff Final. An An Byong-jun spot kick deep into time added earned Suwon a draw and a return to the top tier for the first time in five years.

At a snowy Castle Park, Suwon FC earned promotion back to K League 1 thanks to a 100th minute penalty.

Kim Do-kyun's men only needed a draw meaning that the game was on a knife edge throughout, even after Choi Jun had given Gyeongnam the lead in the first half.

Heading into the dying embers, Suwon were awarded a penalty after a VAR review showed that Jung Seon-ho was fouled in the box by Kim Hyeong-won.

Deep into time added on and beyond, An Byong-jun stepped up and fired past Gyeongnam goalkeeper Son Jung-hyun.

Kim Do-kyun, in his first season as a K League manager, guided Suwon FC to second in K League 2, six points behind champions Jeju United but 15 points clear of Gyeongnam.

Suwon were in good form heading into Sunday's final, losing just twice in 15 matches since August.

The Gyeonggi Province side were the league's highest scorers with 52 goals and were able to boast of the league's third meanest defence having conceded just 28 in 27 games.

Striker An Byong-jun ended the campaign as the second tier's top scorer with 20 goals, 21 including the penalty in Sunday's final.

Suwon joined K League in 2013 and achieved promotion two years later under the leadership of Cho Duk-je only to be relegated that same season.