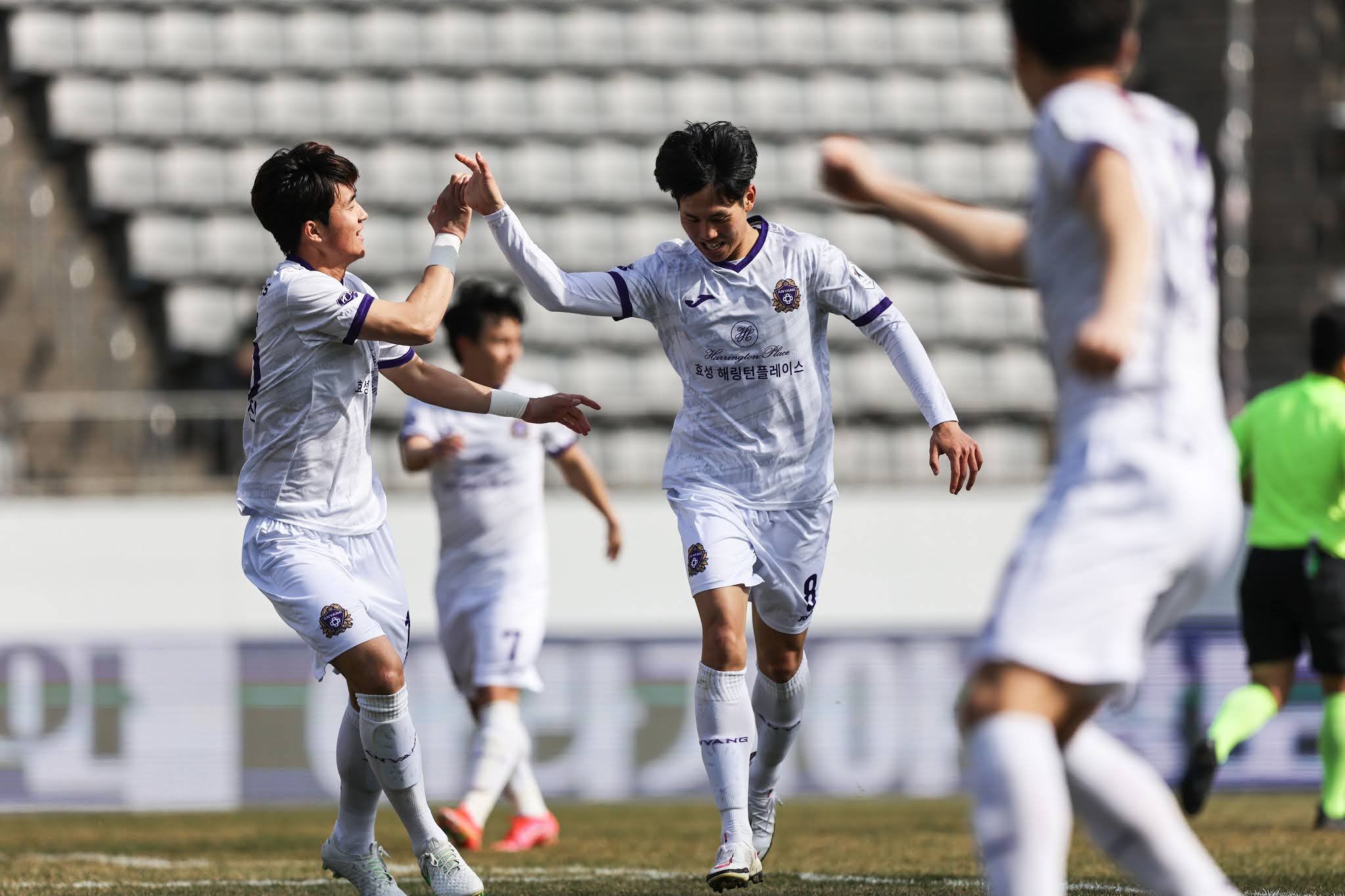 There were fascinating contests around the country last weekend with FC Anyang, Daejeon Hana Citizen and Seoul E-Land the first to register three points in the 2021 Hana 1 Q K League 2 season. This week looks no different with a hotly-contested derby the pick of the bunch, while elsewhere Gyeongnam FC and Busan IPark look to avoid consecutive defeats. Peter Hampshire suggests which match, team and player to look out for in Round 2. 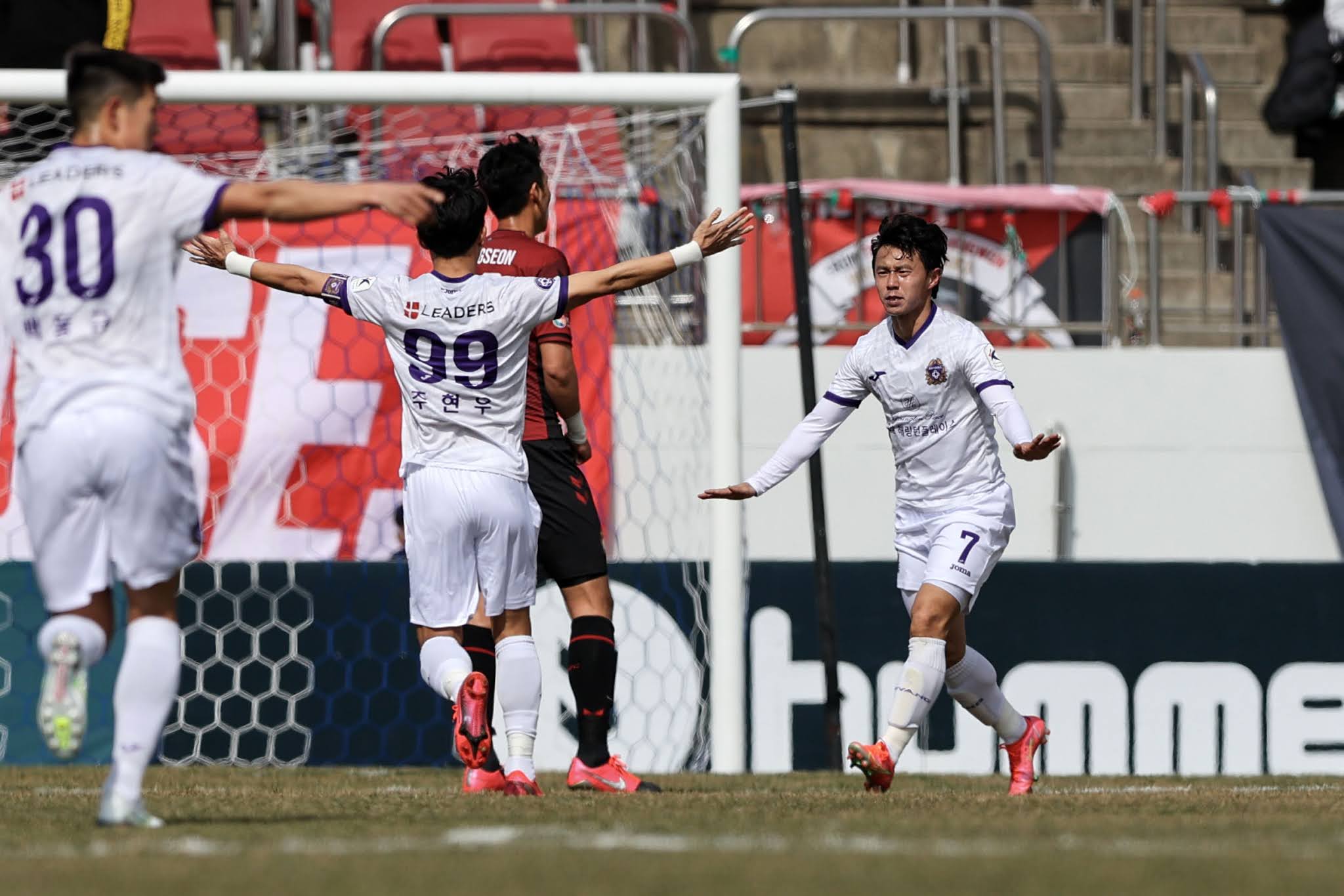 Shim Dong-woon netted the first goal of K League 2021 last weekend, opening the scoring for FC Anyang in the season opener in Changwon. Defeating highly-fancied Gyeongnam FC 2-1 on the road is a fantastic start for Lee Woo-hyung's side who entertain neighbours Ansan Greeners this weekend in a fixture they have historically had plenty of joy in.
Dubbed the #Line4Derby because of the club's shared access on the subway system, the Violets have won five out of seven of the last meetings at their Anyang Stadium. Maeng Seong-ung doubled Lee's side's advantage last time out and forms an enviable duo down the middle of the park with Nilson Junior.
[READ: Derbies of K League 2 in 2021]
Ansan took six points from their rivals last season as all the matches finished with a 1-0 score line. Kim Gil-sik's side may also be buoyed by their efforts in Round 1 as the Greeners took a point at home to K League 2 newcomers Gimcheon Sangmu. Kim Ryun-do is a familiar foe that Anyang will be wary of, a regular threat at this level having won the K2 title with Asan in 2018.
Look out for Lim Jae-hyuk as one of the more promising youngsters in the division, with the forward arriving from Daegu over the winter and featuring from the bench against Gimcheon. Ansan's Lee Jun-hee and Cardoso de Campos Anderson both featured in K League 2's 'Best 11' for Round 1 on the right. 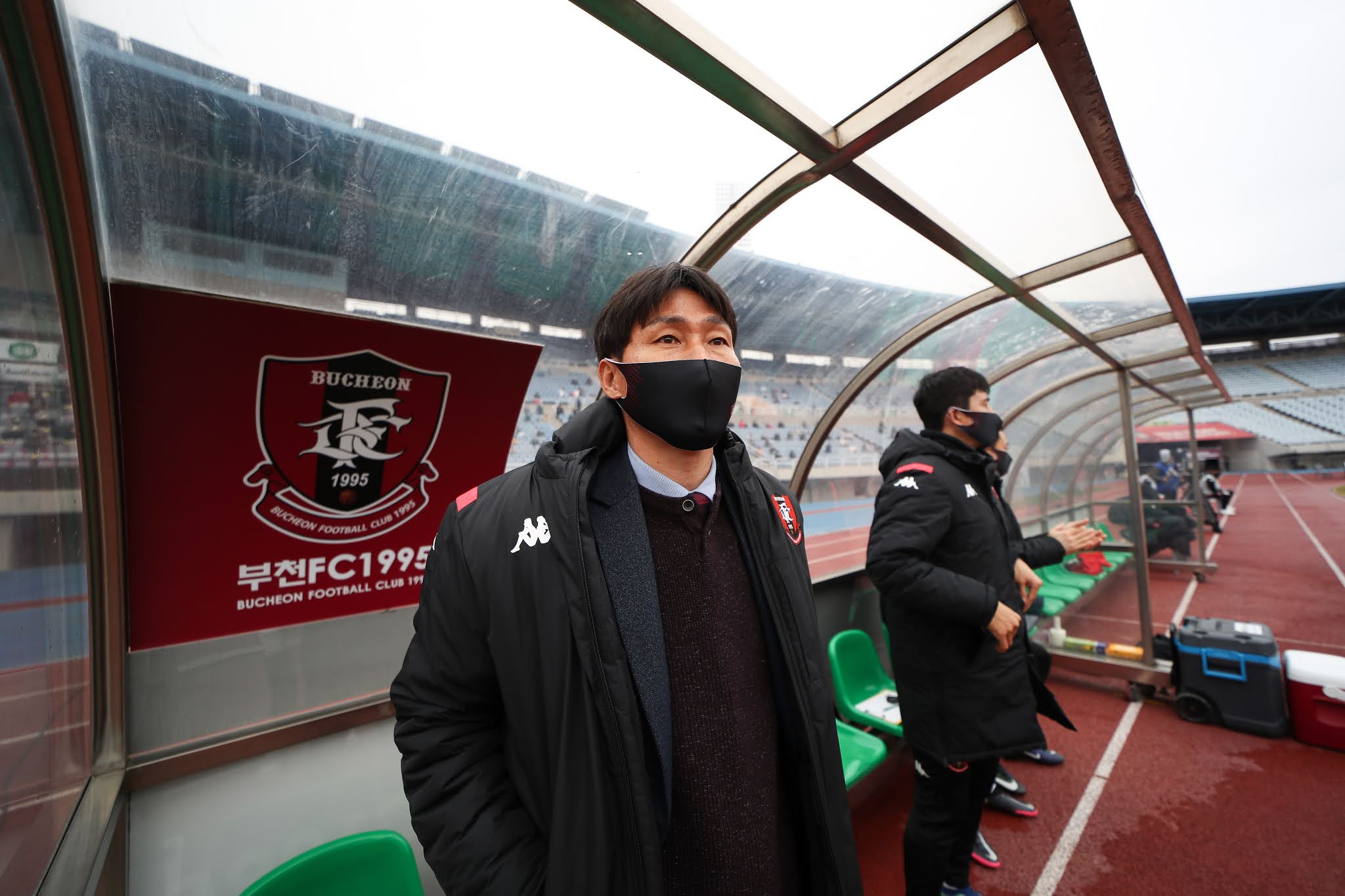 Bucheon looked to have salvaged a point last time out at home to Daejeon but eventually succumbed to Edinho's last-minute winner assisted by 21-year-old Shin Sang-eun. Defeat saw an end to six consecutive opening day victories for the Reds. This week they travel to Chungnam Asan in the early kick off on Saturday.
They may be without William Barbio this season who scored a stoppage time winner at Asan on their last visit, however, Lee Young-min does have Busan IPark legend Han Ji-ho at his disposal who adds to defenders Park Jun-hui and Kim Jeung-ho as winter arrivals. Park Chang-jun may be pushing for a start having scored coming off the bench last time out on his debut. 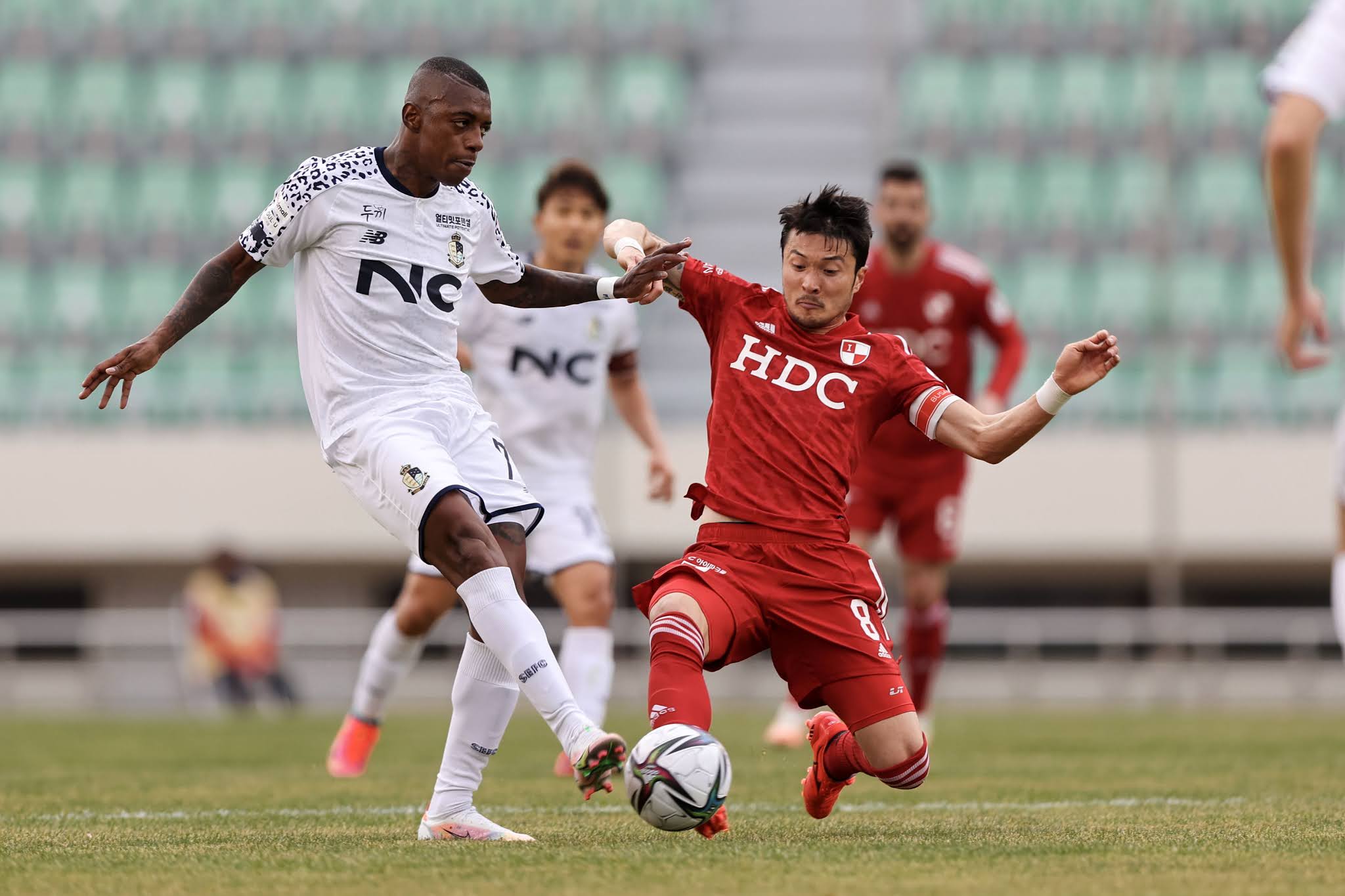 Leandro formed part of K League 2's 'Best Team' as an integral part of Seoul E-Land's 3-0 victory at the Gudeok. Holding Busan IPark in an even first half, the Leopards took control in the second with winger Leandro instrumental and claiming two assists. Fellow Seoul midfielder Jang Yun-ho also impressed and complimented the direct trickery of Leandro who looks to emulate the 10 goals he scored in his debut K League season.
[READ: 2021 K League 2 Foreign Players]
Leandro operates mainly on the left and completed more passes at Busan than in any other previous match in his E-Land career. Winning 58% of his duels on the pitch, the second highest of his time in Seoul, shows that the Brazilian is raring to go this season. 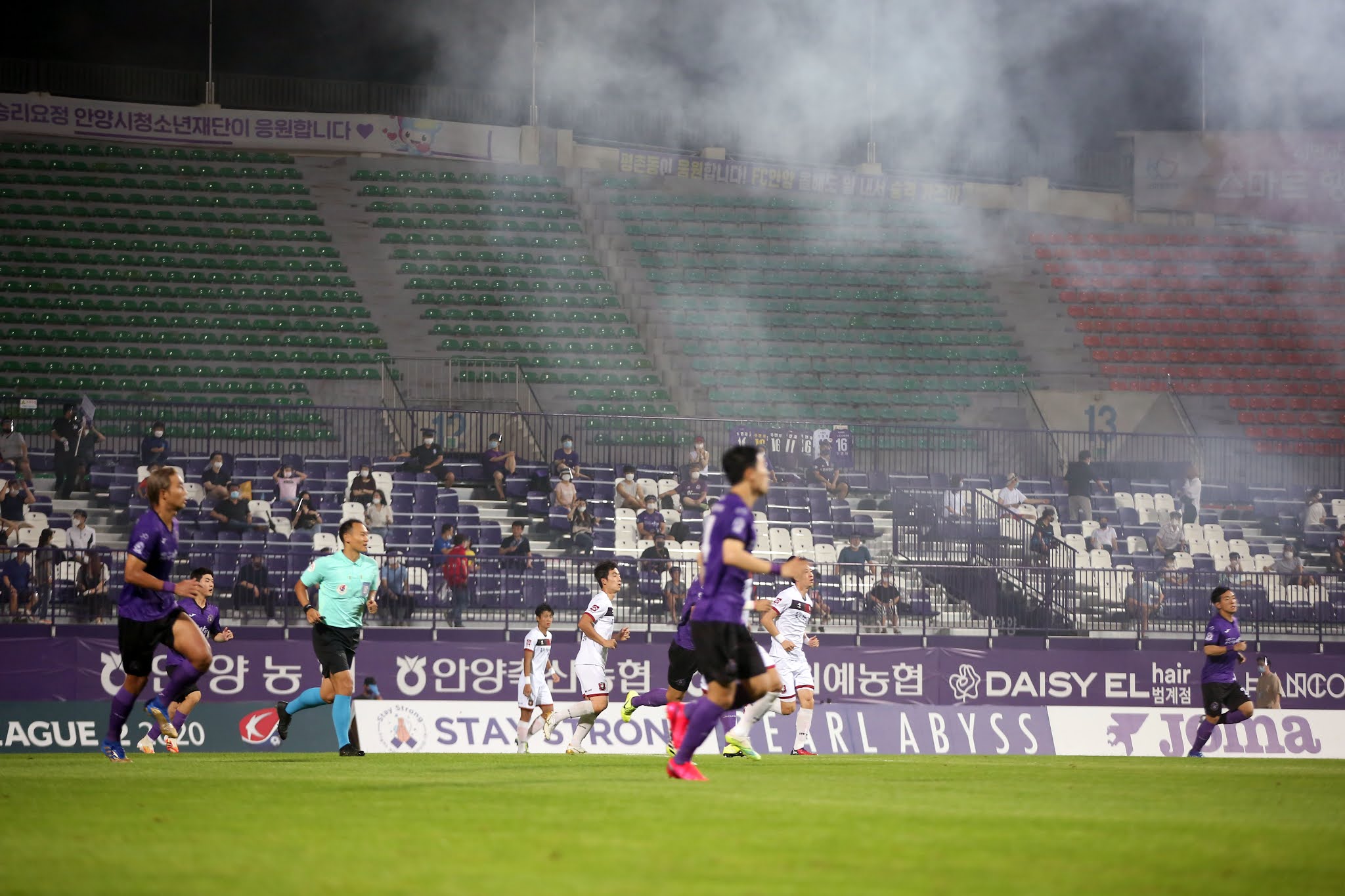