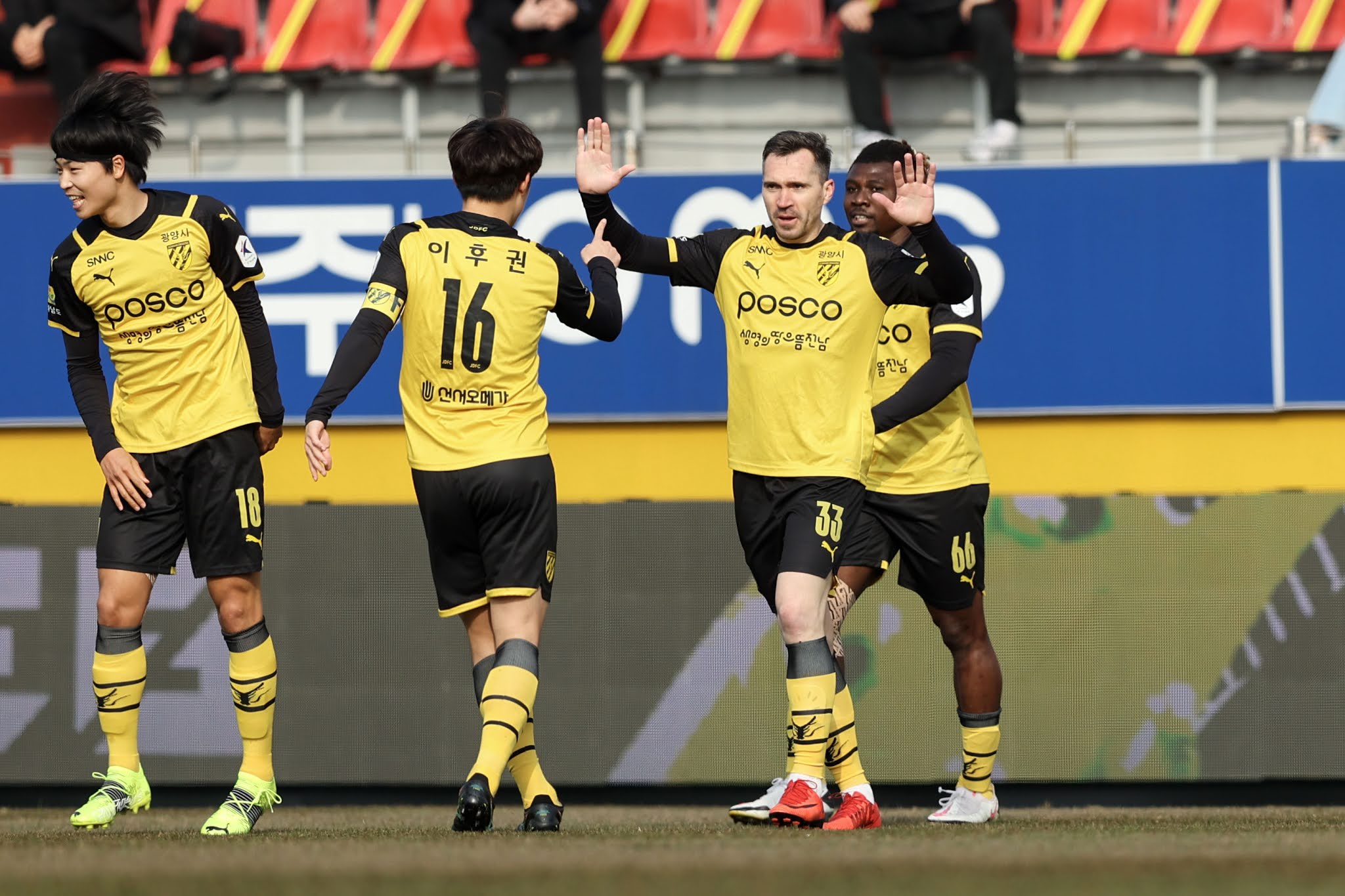 Heading into Round 3 of Hana 1 Q K League 2 Seoul E-Land sit top of the pile, hitting seven goals without reply so far in a highly competitive start to the season. The only two other sides remain unbeaten in Ansan Greeners and Jeonnam Dragons, with Gyeongnam looking for their first points of 2021 at Ansan this weekend. 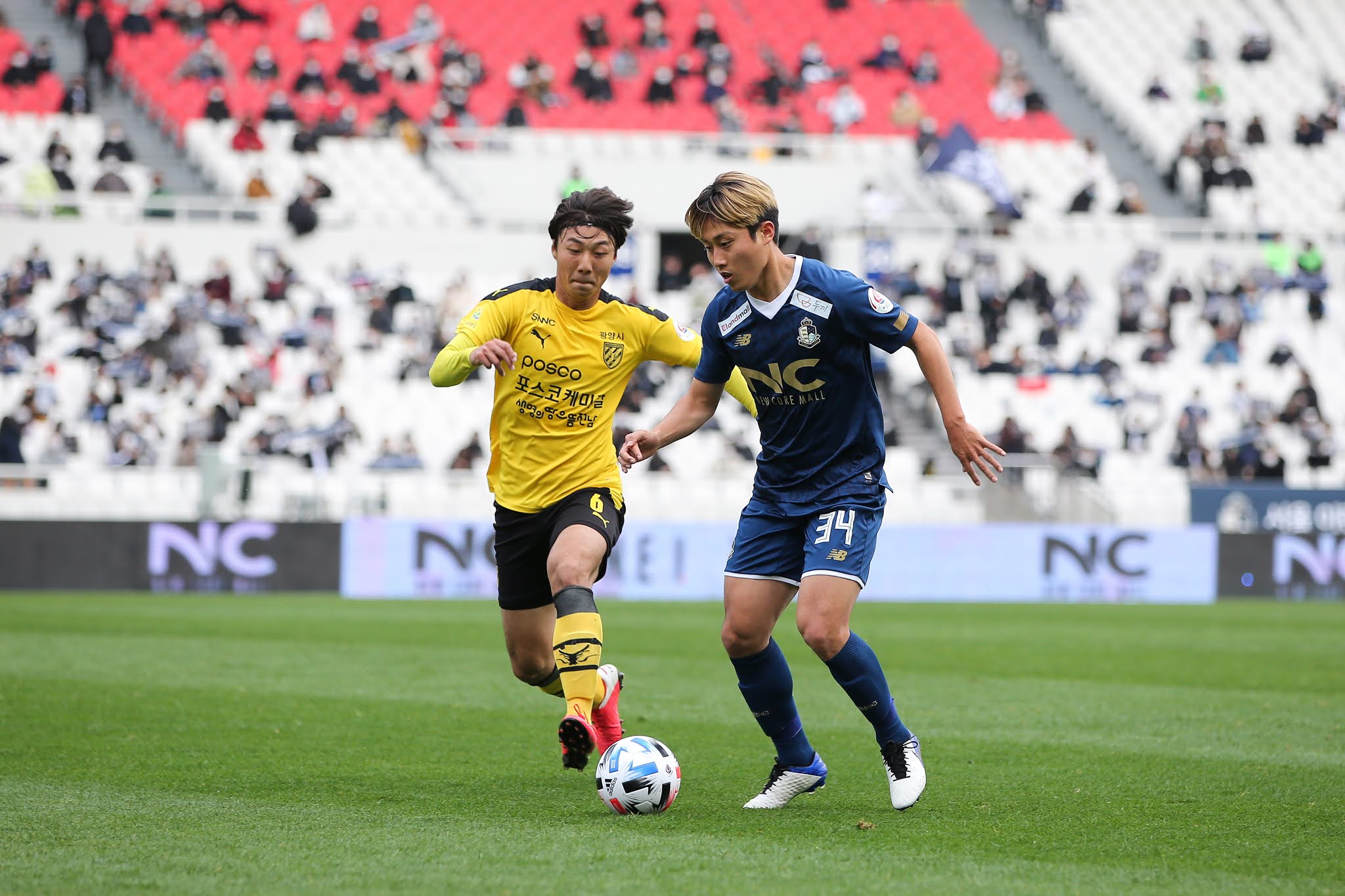 The immovable object taking on the unstoppable force as Jeonnam Dragons make the trip to the capital to take on Seoul E-Land this Sunday. Jeonnam are just one of two clubs in the division so far which is yet to concede a single goal, the other being Seoul E-Land. The Dragons had one of the most resolute defences in the division last year, conceding just 25 and only two more than the division's meanest defence Jeju United. Under Jeon Kyung-jun, Jeonnam look set to be just as difficult to beat in 2021.
However, the South Jeolla side come up against a free-scoring Seoul E-Land which has scored no fewer than seven goals in two games after displacing the two sides tipped for promotion this season in Busan IPark and Gimcheon Sangmu. Overall, there have been seven meetings between the two sides since Seoul E-Land's inception in 2015, Seoul have two wins, Jeonnam one while the remaining four matches ended in stalemates. The goal tally is almost even too with the Leopards scoring seven, the Dragons six.
[READ: More K League Milestones in 2021] 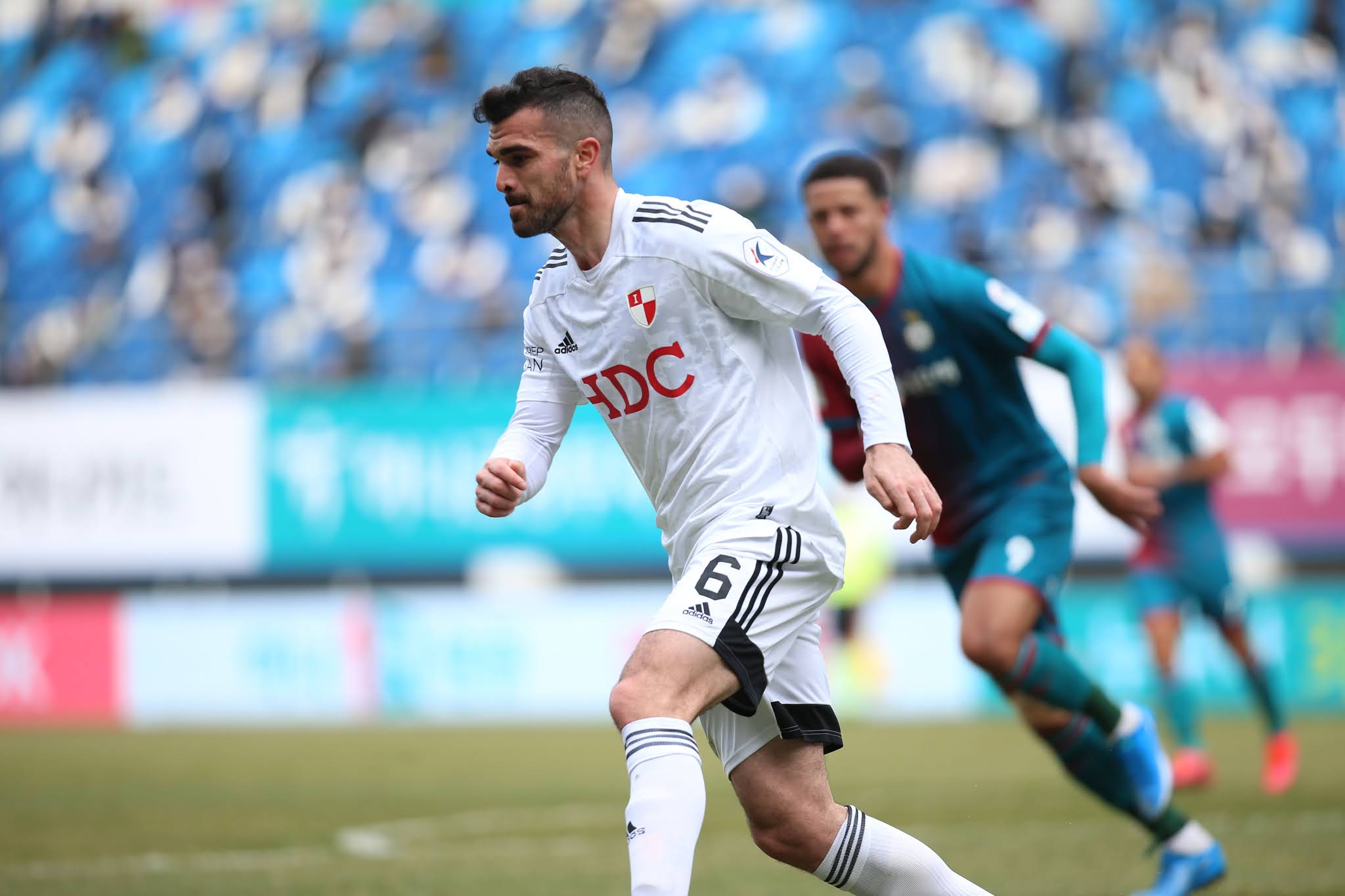 Ricardo Peres picked up his first win as Busan IPark boss last time out, securing a 2-1 victory over fellow promotion hopefuls Daejeon Hana Citizen. A hugely important result considering what happened on opening day when the Royals fell to a 3-0 loss at home to Seoul E-Land. This week, Busan travel north to Chungcheong Province once again but to take on Chungnam Asan - a side still searching for their first win of the new campaign. The Owls lost to Bucheon last week to a 90th minute Park Chang-jun strike, this after a goalless draw against Jeonnam Dragons on opening day. IPark have shown their intent thus far in trying to work their way into the box having recorded the most touches in the 18-yard area. The Royals have also made the most through passes in the division from the opening two matches. 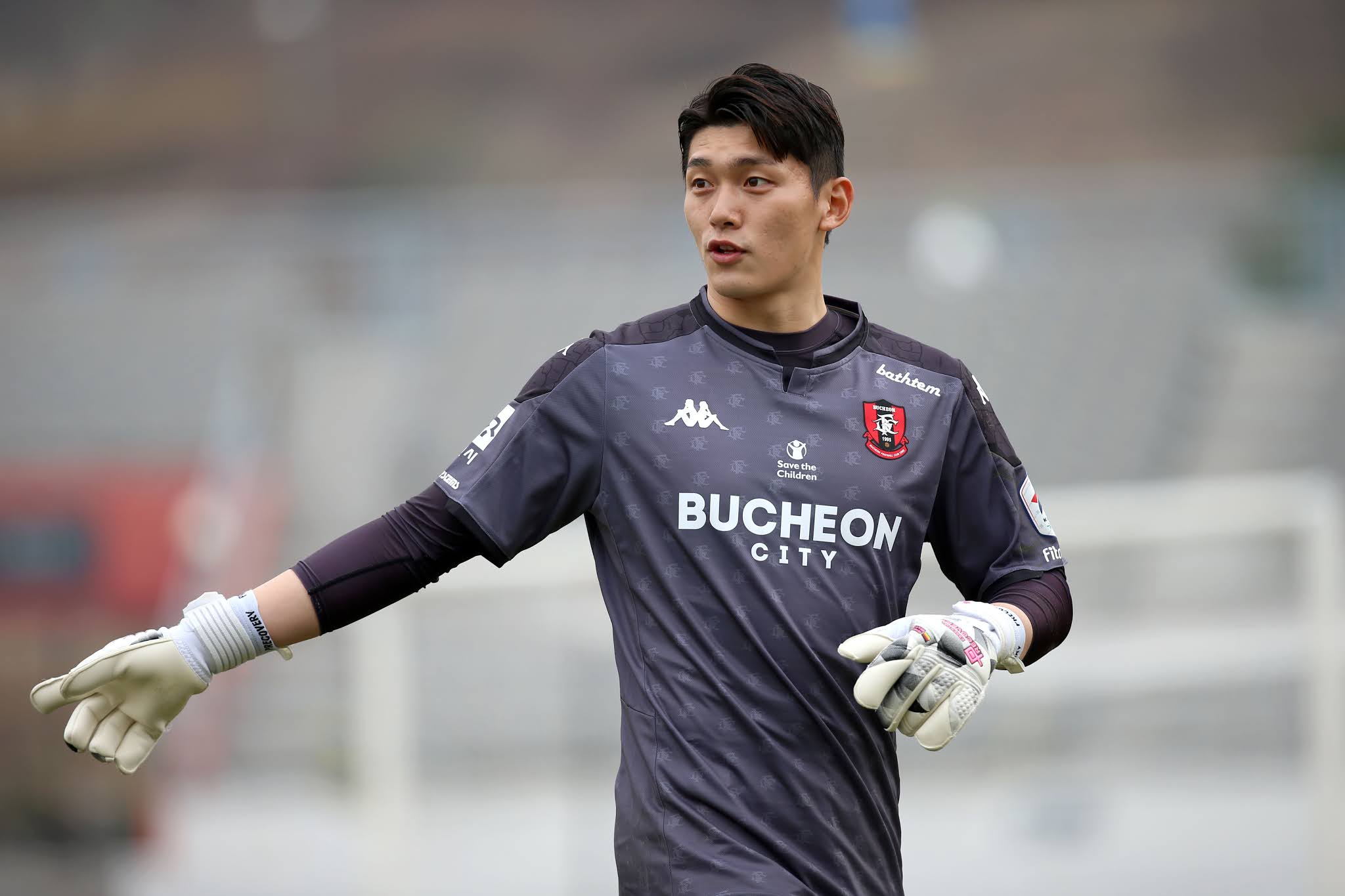 Signed from Seongnam FC in the winter, 24-year-old keeper Jeon Jong-hyeok has enjoyed quite the start at new club Bucheon. Saving a penalty on the opening weekend against Daejeon Hana Citizen's Edinho, Jeon repeated the feat as he kept a clean sheet to ensure Bucheon picked up their first three points of the season. Denying Park Se-jin of Chungnam Asan in the first half, Jeon watched on with glee as Park Chang-jun netted his second in consecutive games in the 92nd-minute. Jeon played four times for the Magpies in K League 1 last season, keeping two clean sheets and looks a shrewd signing for the Reds. 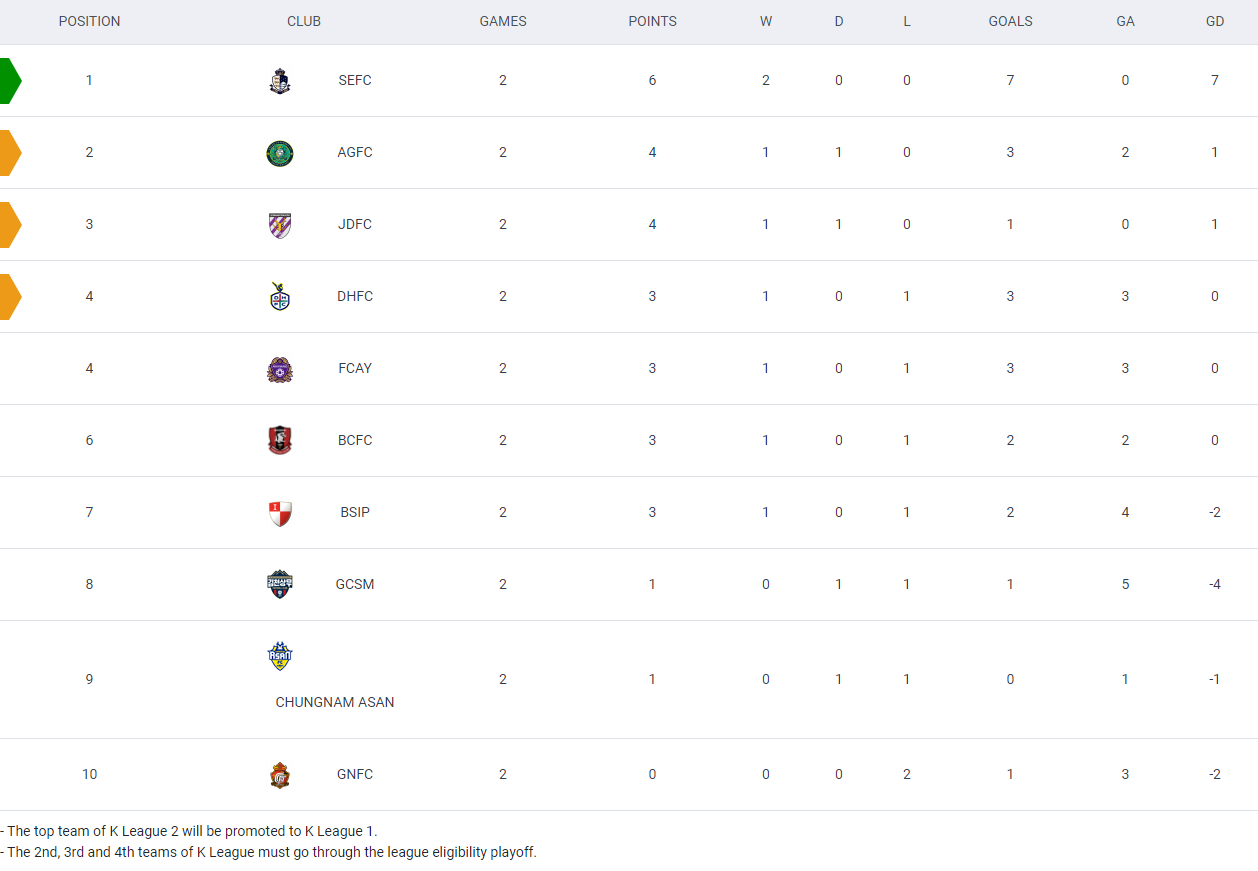 No suspensions in K League 2 for Round 3 but Bucheon FC 1995's Park Ha-bean returns after being sent off on opening day against Daejeon Hana Citizen. 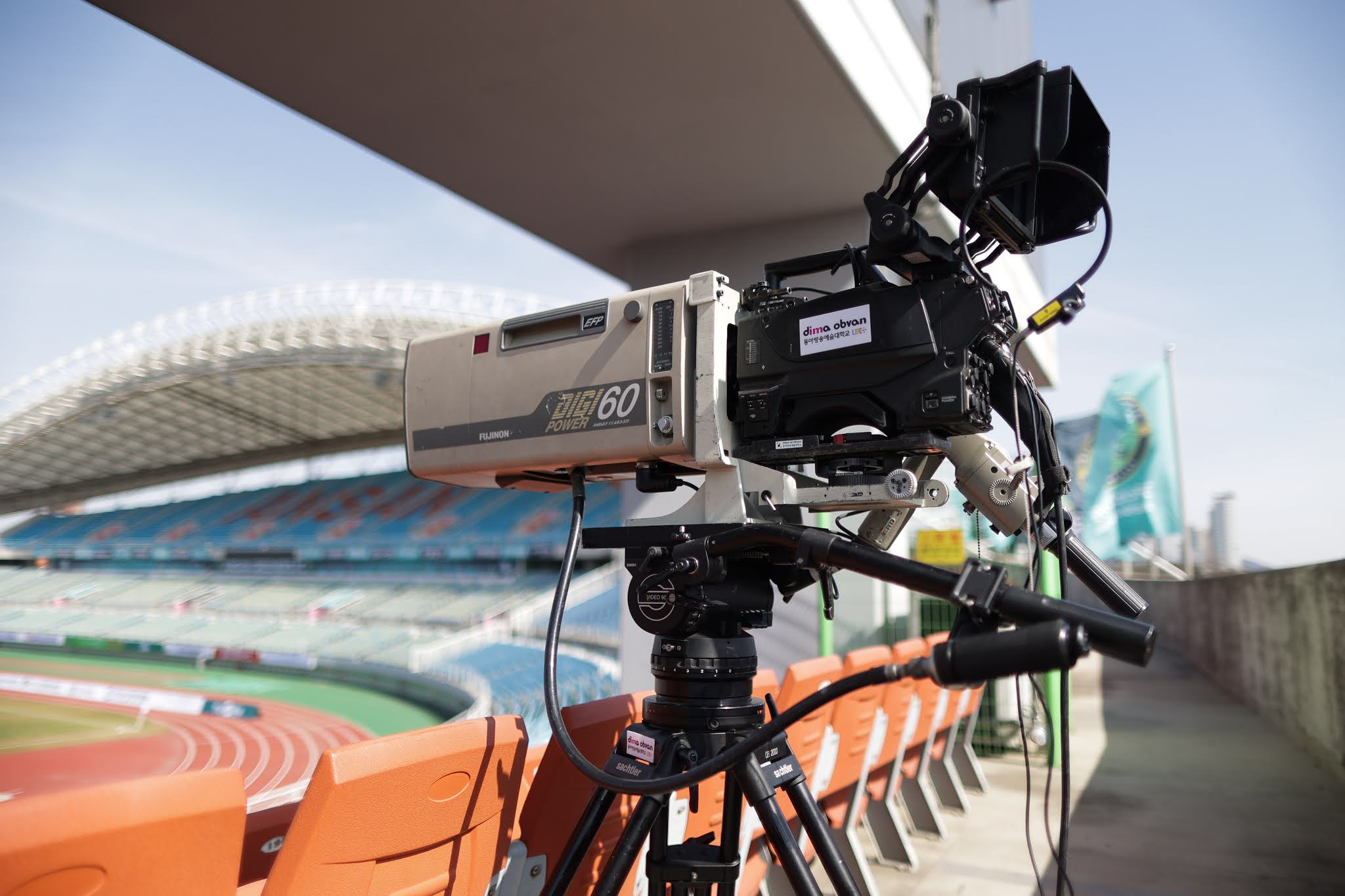 Fans in the 34 countries with overseas broadcasting rights will be able to follow the matches live on television. Full details and the list of providers can be found here.
Alternatively, there is the K League's newly launched OTT platform, K League TV, where live coverage will be available free of charge. Just log in and enjoy the action!
Paul Neat & Peter Hampshire