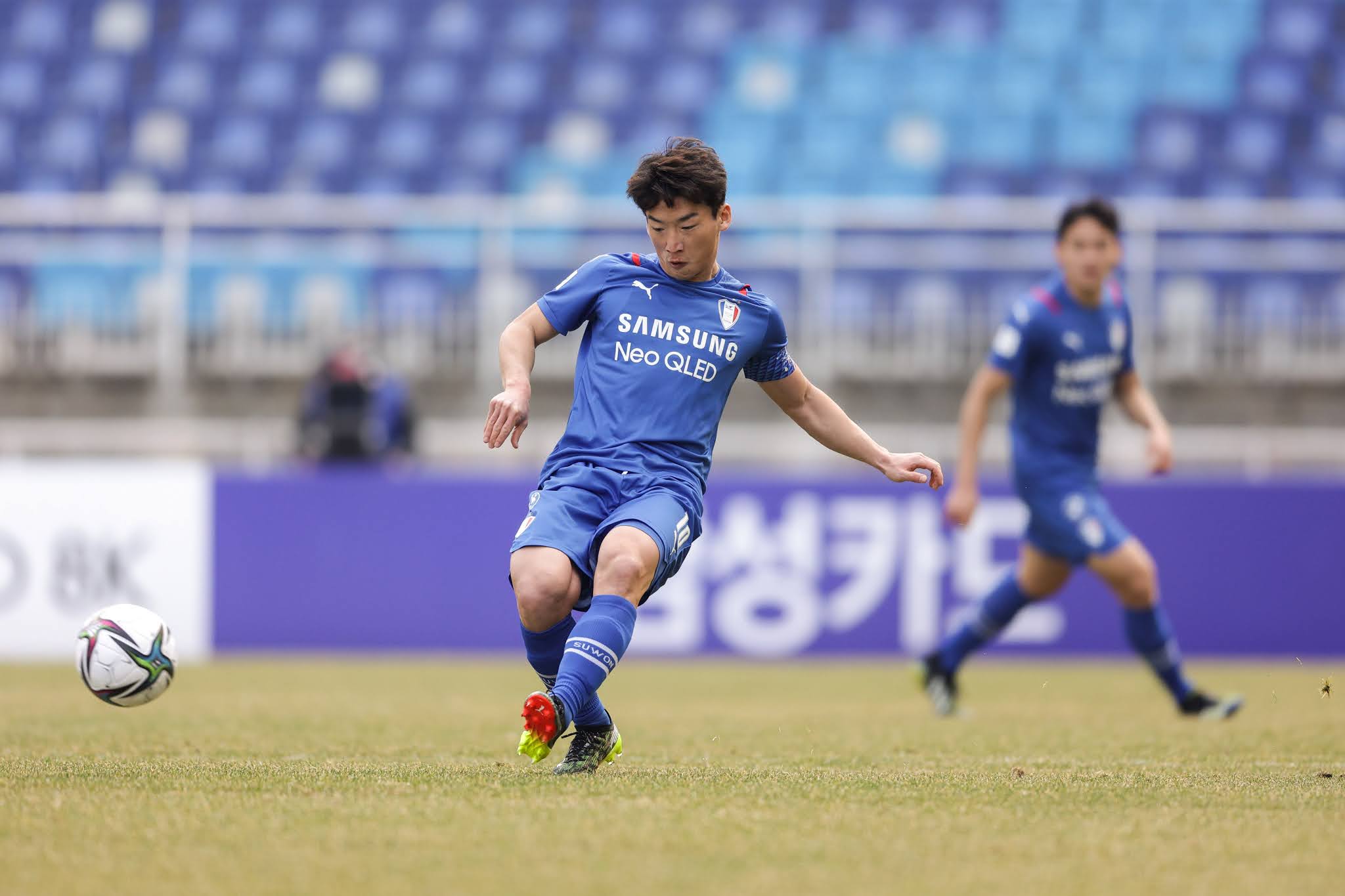 Suwon Samsung Bluewings welcome Gangwon FC to Big Bird this Sunday looking to extend their unbeaten start to the Hana 1Q K League 1 season to four matches. Gangwon, meanwhile, are yet to register a single point so far, despite taking the lead against both Pohang Steelers and Jeonbuk Hyundai Motors in rounds two and three respectively. Can Kim Byung-soo's side register their first points of the new campaign with just a second win over Suwon from their last 11 meetings, or will the Bluewings keep their unbeaten record in tact?

Suwon Bluewings head into Sunday's meeting with Gangwon FC unbeaten and without conceding a single goal so far this season. Park Kun-ha's men began the 2021 Hana 1Q K League 1 campaign with two back-to-back 1-0 wins - first over Gwangju FC with a deflected Kim Gun-hee goal, before a superbly struck Kim Min-woo volley sealed the points against Seongnam. In the first midweek action of the new season, the Bluewings drew 0-0 in the first Suwon Derby since 2016.
Gangwon FC, on the other hand, have contrasting fortunes, despite taking the lead in their last two matches. Kim Byung-soo's men are yet to register a single point following three straight defeats. Gangwon were desperately unlucky on Tuesday night having taken the lead away to Jeonbuk Hyundai Motors with a poacher's goal from Kim Dae-won just a yard or so out. But, a Kim Bo-kyung equaliser restored parity for the champions before an error from young goalkeeper Kim Jeong-ho allowed Gustavo to get off the mark in 2021. 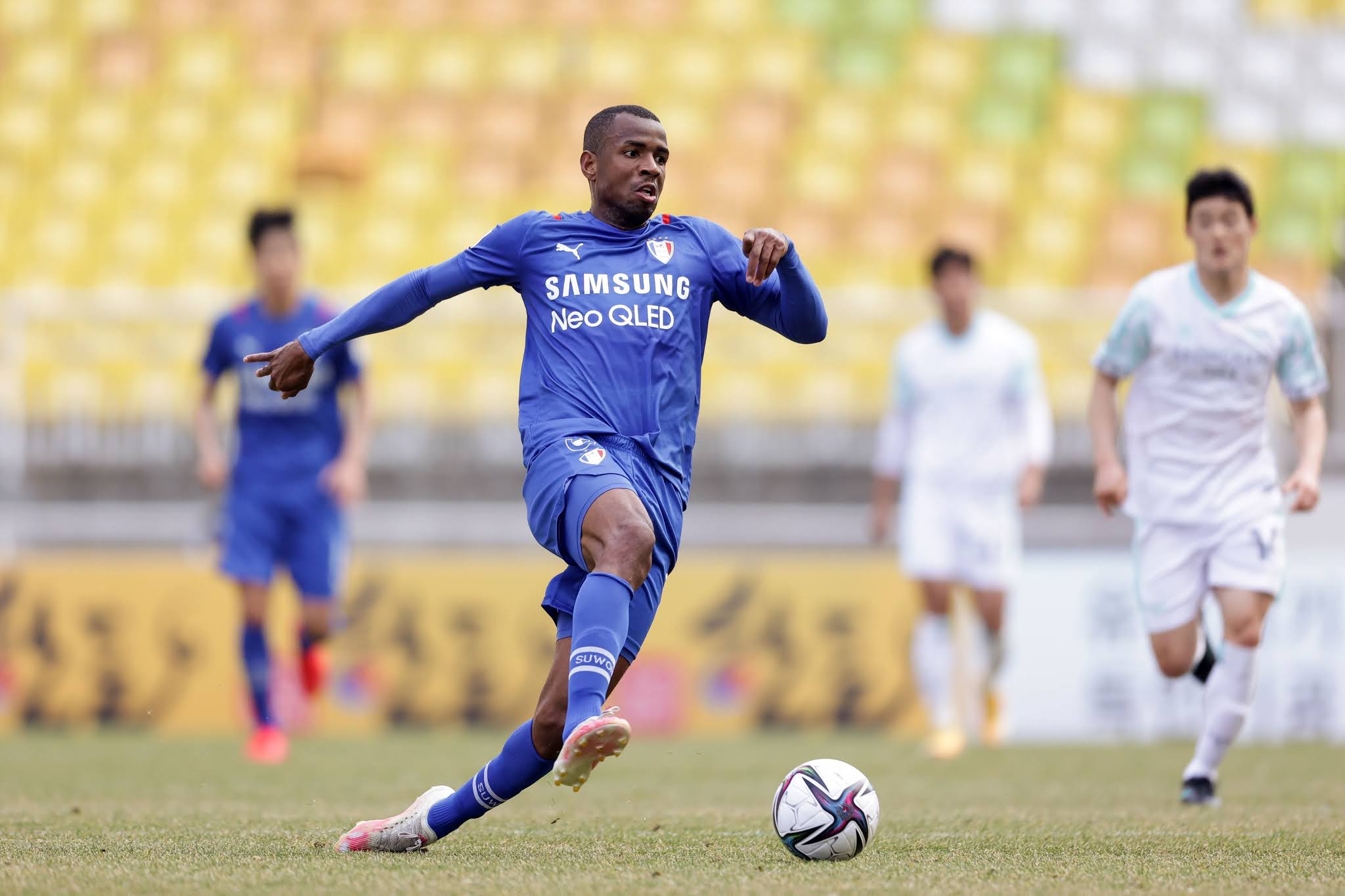 Suwon Bluewings' recent foreign signings Uroš Đerić and Nicolao Dumitru have both been limited to substitute appearances thus far having joined the club in late February. However, following Wednesday's 0-0 draw with cross town rivals Suwon FC, the pair may be given more minutes. Meanwhile, Australian midfielder Terry Antonis remains a doubt but is said to be nearing a return, same for Canadian centre back Doneil Henry.
Park Kun-ha has used a 3-5-2 formation for the first three matches of the season with exciting wing back Kim Tae-hwan on the right and Lee Ki-je on the left. Kim Gun-hee has started all three league matches so far but has been partnered by Yoo Ju-ahn and Kang Hyun-muk.
Gangwon FC 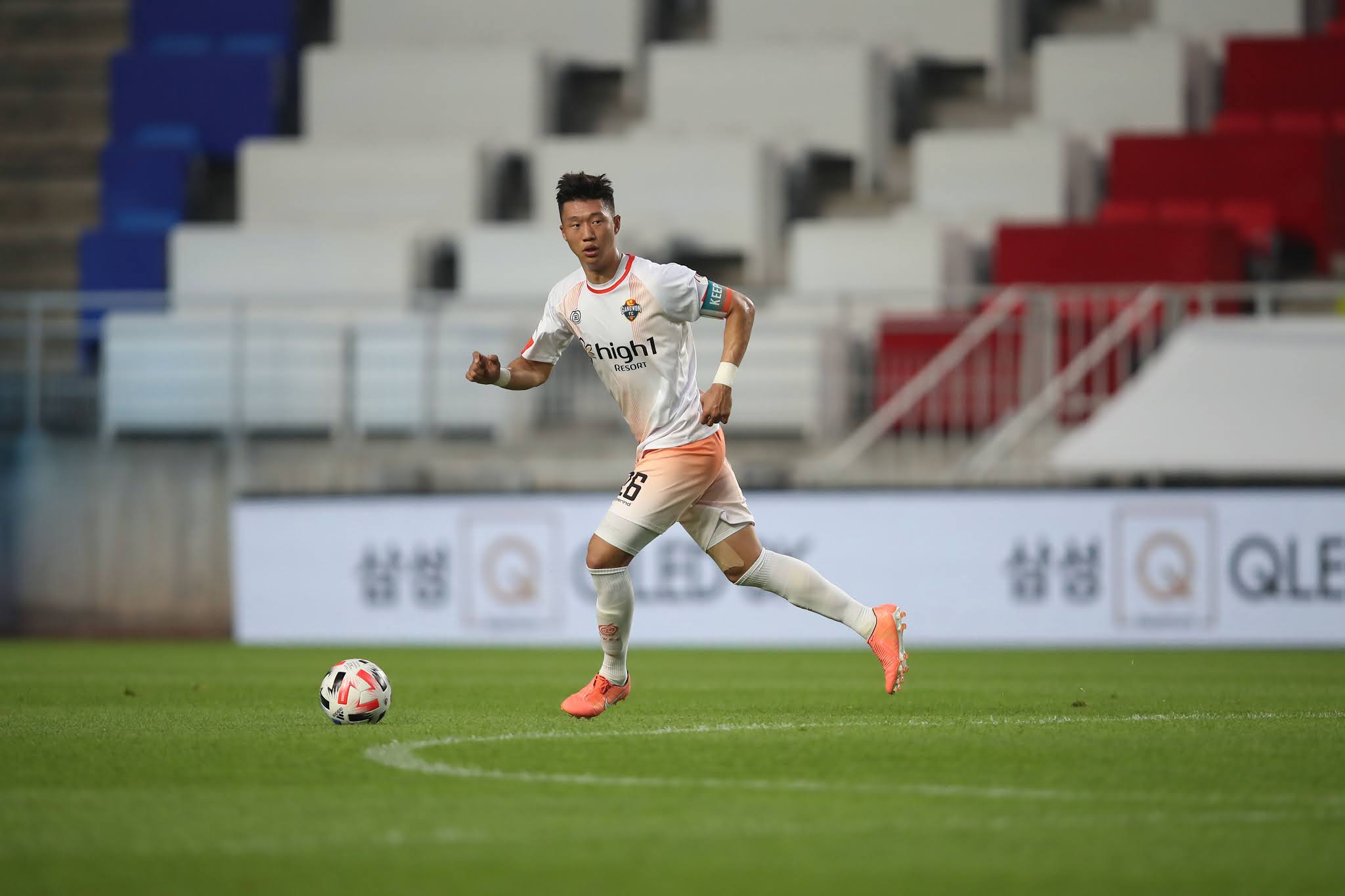 Gangwon FC, meanwhile, have opted for an U22 goalkeeper in their first three matches. Lee Gwang-yeon started the 5-0 loss to Ulsan and Kim Jeong-ho was between the sticks for the defeats to Pohang and Jeonbuk. Lee Beom-soo could be given his first start should Kim Byung-soo want to plump for experience in goal. Elsewhere, centre back Lim Chae-min is available again after serving a two-match ban.
Thus far, Gangwon have been set up in a 5-4-1, 3-4-3, and 3-4-2-1 formations. Yun Suk-young tucked in as a left-sided centre back on Tuesday with Kim Su-beom as the left wing back. Ko Mu-yeol is expected the lead the line. 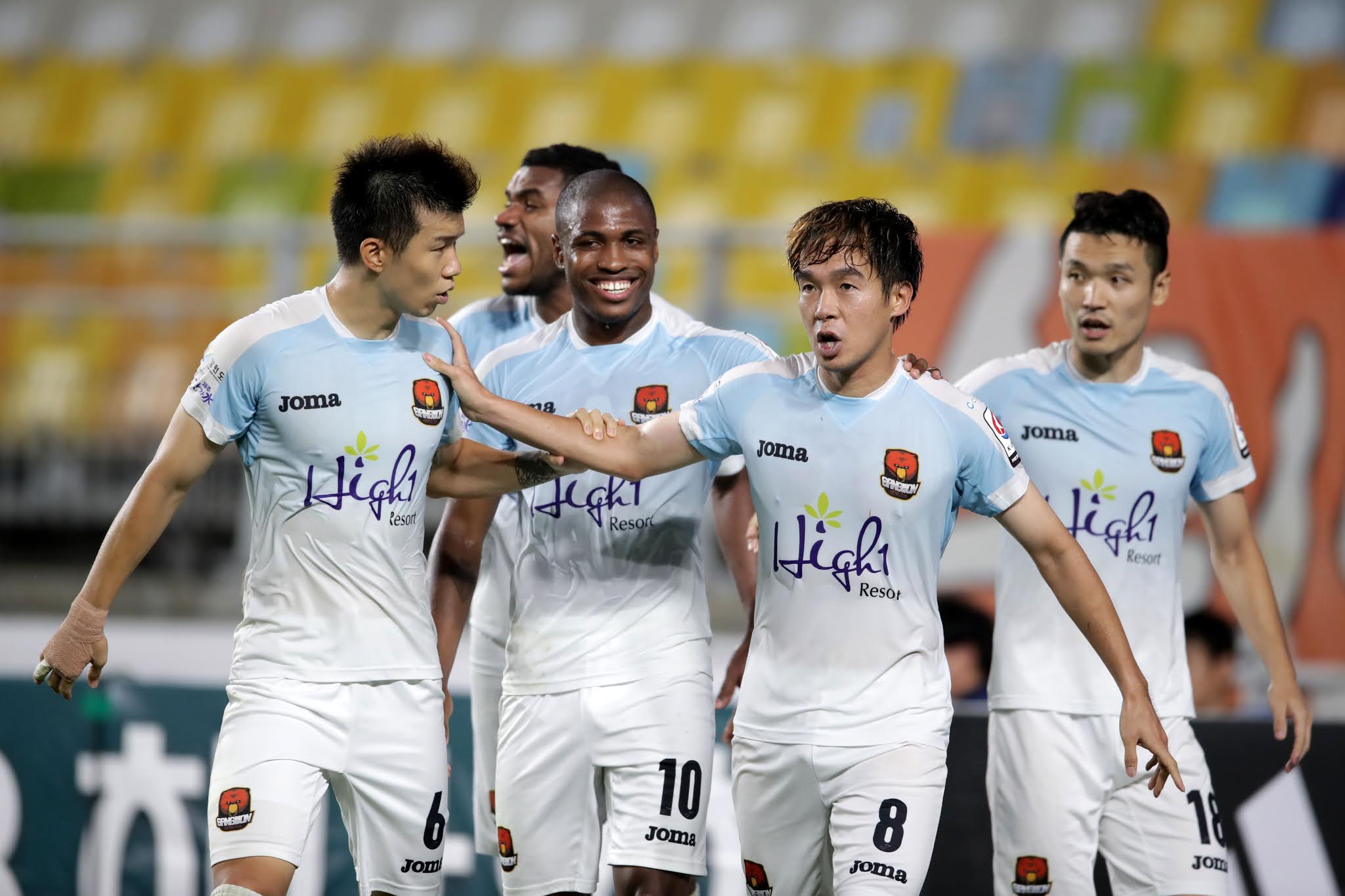 Gangwon FC have won just one of their last 10 meetings with Suwon Samsung Bluewings, scoring 10 goals to the Bluewings' 19. Said win dates back to the 2018 season when Jung Jo-gook fired in a 92nd minute winner at home. The last Gangwon away win over Suwon, meanwhile, came in 2017, a 3-2 victory with goals from Ahn Ji-ho, Diego Mauricio, and Hwang Jin-sung - Kim Min-woo and Santos for the Bluewings. There have been 24 previous meetings between the two teams, Suwon have 15 wins to Gangwon's four and five draws.
[READ: 2021 K League 1 Round 4 Preview] 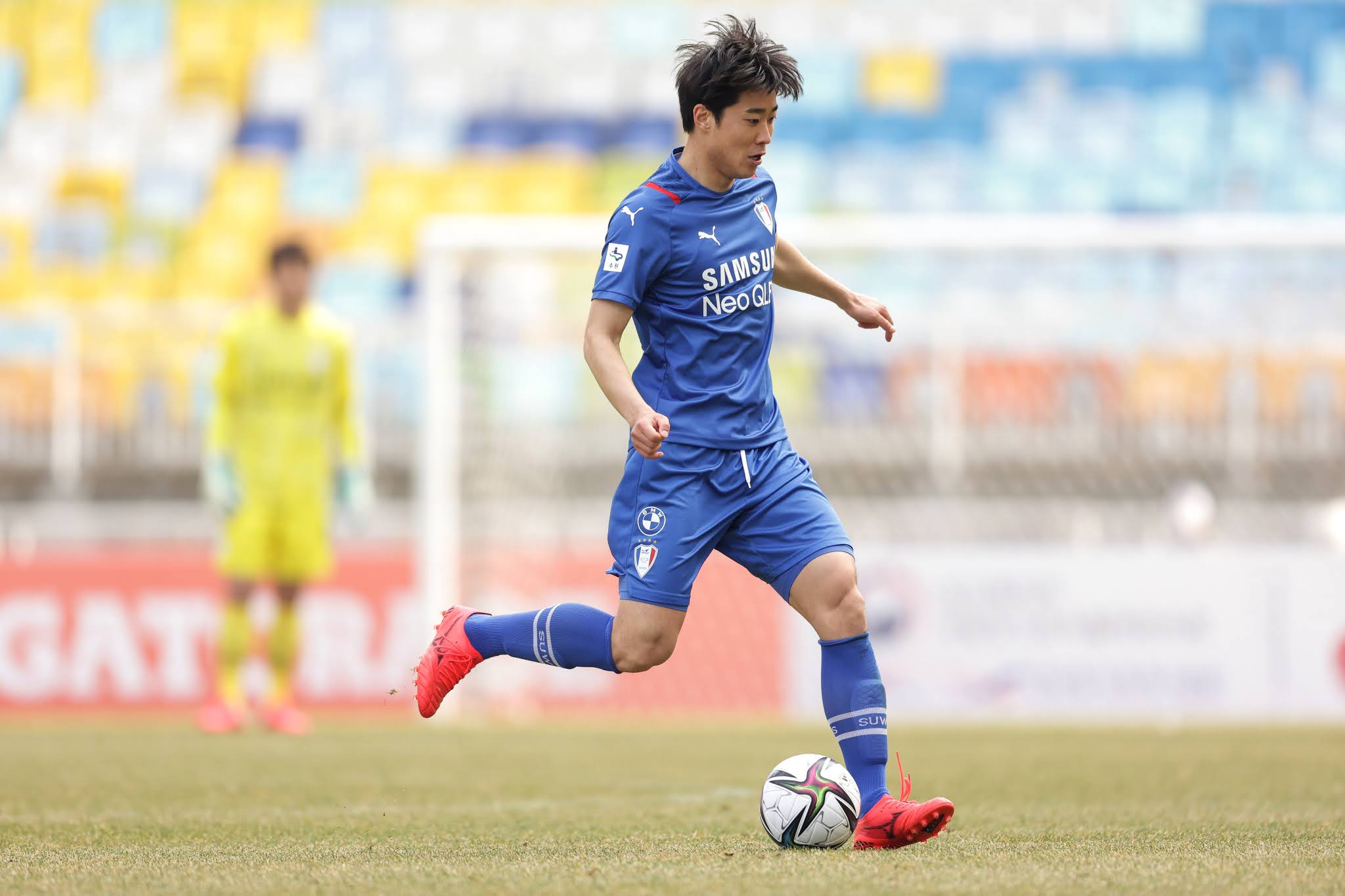 Both Suwon Bluewings and Gangwon FC are made tick by Messrs. Han Seok-jong and Han Kook-young. Han Seok-jong joined Suwon midway through the 2020 season and immediately became an integral part of Park Kun-ha's midfield,  even scoring from the half way line in the AFC Champions League. The former Incheon and Sangju man will be looking to get the Bluewings ticking in the final third, he is in the top five in K League 1 thus far for passes made and for accuracy, and ranks ninth in terms of passes made per 90 minutes. In terms of passes to the final third, Han Seok-jong ranks second with just one fewer than Pohang's Shin Kwang-hoon. Han Kook-young, meanwhile, will be deployed a bit deeper and will be looked upon to recycle possession and help keep hold of the ball as Gangwon look to pick up their first win of the season. How these two perform will have a big day in which way the points go come full time. 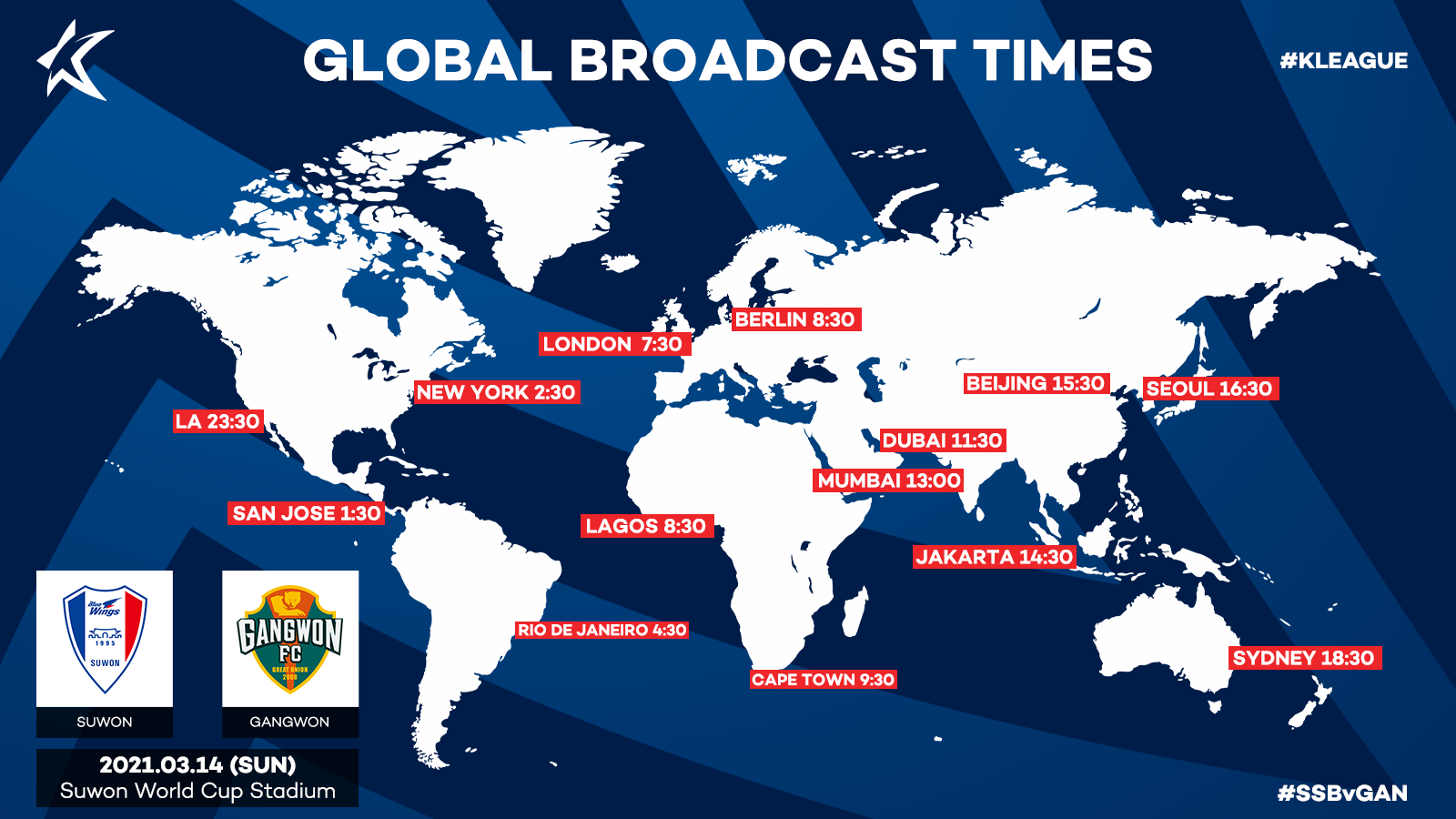 Fans in the 34 countries with overseas broadcasting rights will be able to follow the match live on television.
Full details and the list of providers can be found here.
Alternatively, there is the K League's newly launched OTT platform, K League TV, where live coverage will be available free of charge. Simply log in and enjoy!
Paul Neat
Managing Editor
paul@kleagueunited.com