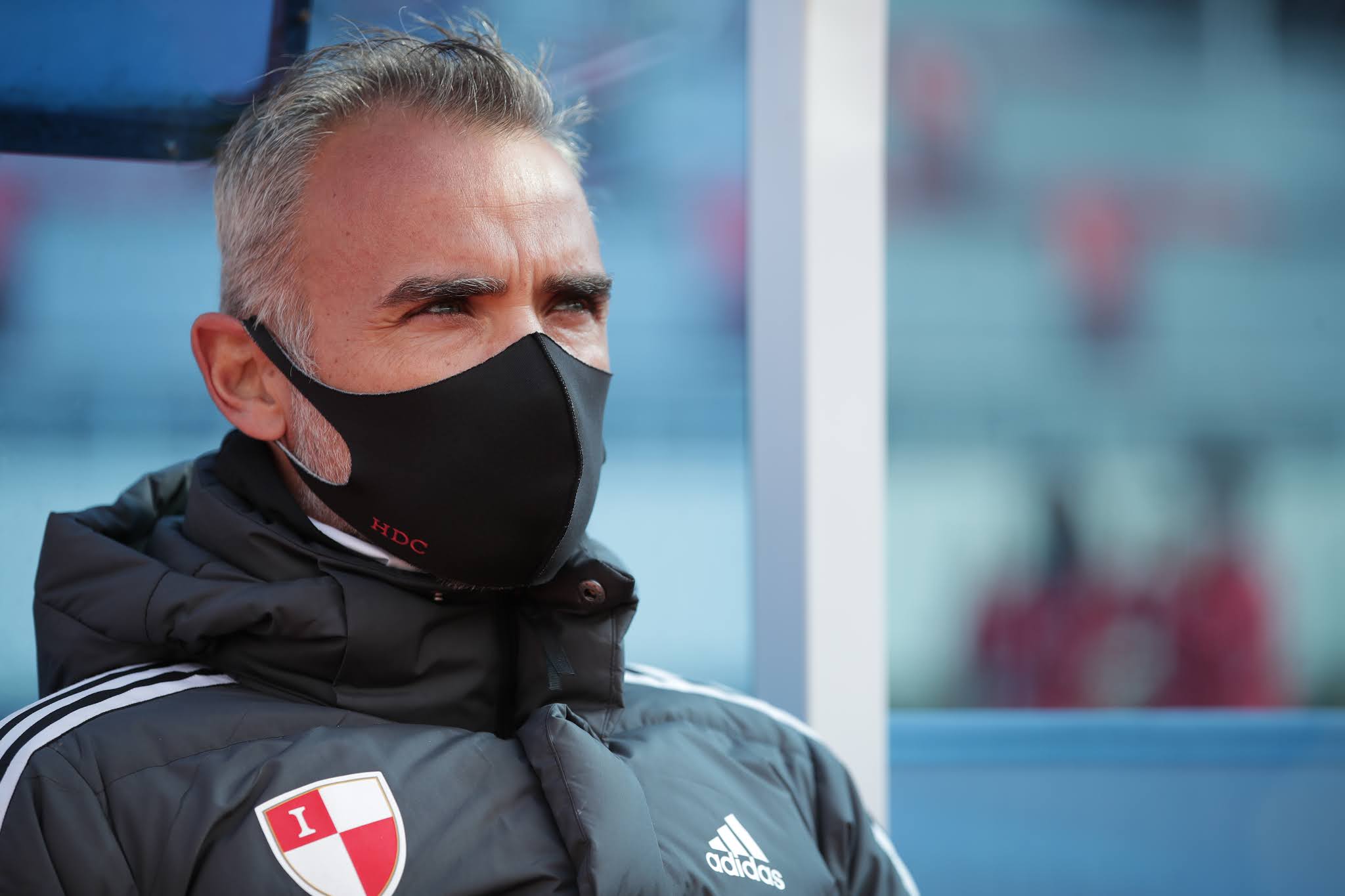 After all Hana 1Q K League 2 teams confirmed their spots in the next round of the FA Cup, their attention can now return to the league, one of the closest in recent memory. With all of the top six teams facing each other Round Five looks set to be a dramatic weekend that could see several teams rise and fall multiple places. 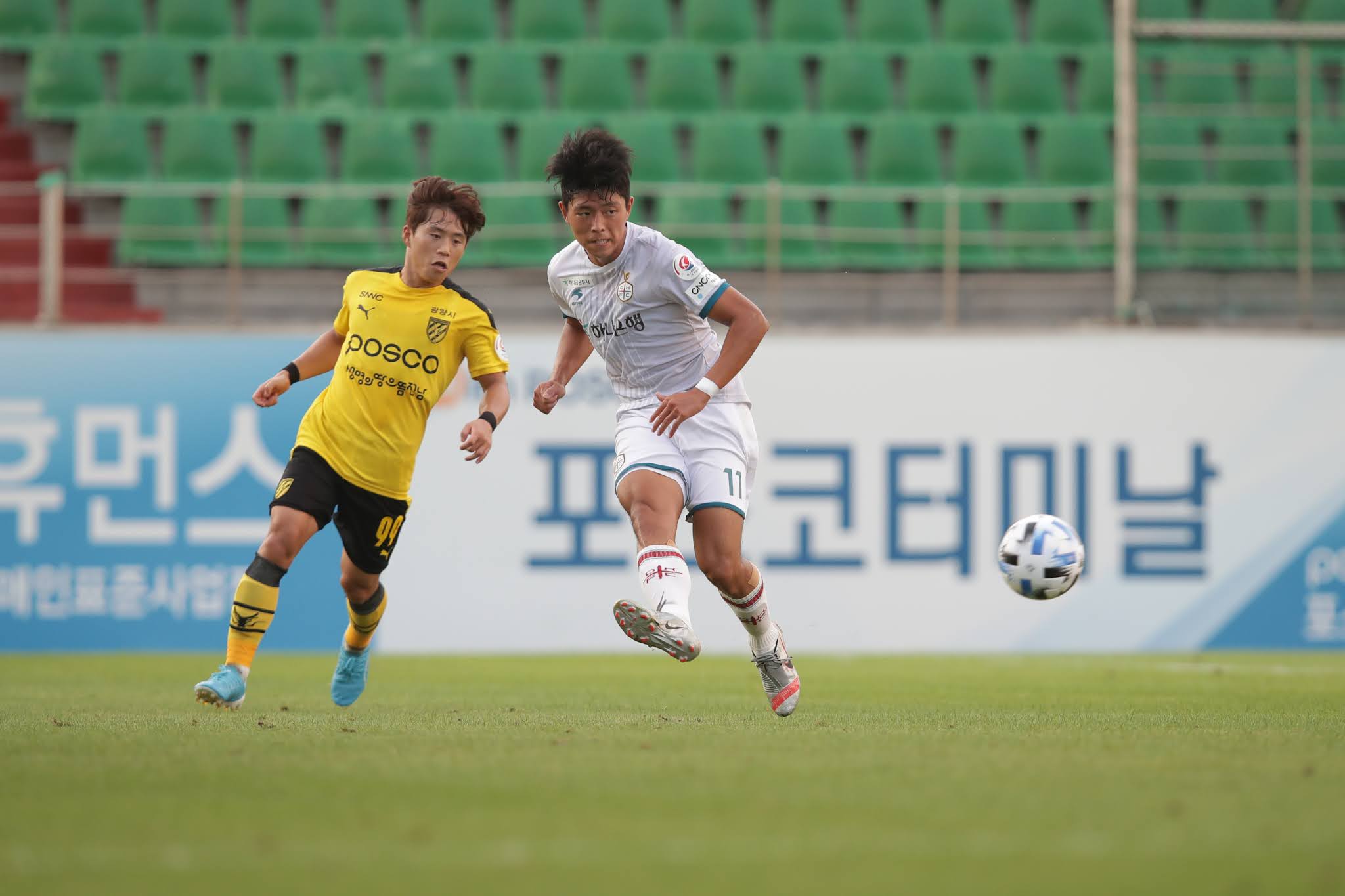 Jeonnam Dragons have conceded only two goals this season, bettered only by top of the table Seoul E-land. Up front they have been less dominant, being level with three other teams in having the worst attacking record of only three goals scored in K League 2. However, last weekend in the FA Cup Jeonnam proved that they have the ability to regularly put the ball in the net, breaking several records in an 11-0 win over K5 team Daegu Cheongsol. Daejeon Hana Citizen might be stronger opposition, but a win like that may have given several Jeonnam players the confidence to play more aggressively this Sunday. Even if this does not happen, however, Daejeon may have their work cut out as Jeonnam are one of only two unbeaten sides left in the competition and they have not yet conceded more than once in a match.
Despite this Daejeon will be hoping that their greater firepower can give them the edge. Jeonnam's defence is not impregnable, having conceded to the much weaker attack of Bucheon in their previous league match, and Daejeon' five goals scored give them the joint best attack in the league alongside Ansan Greeners and behind Seoul E-land. Unlike Jeonnam, Daejeon have a player that has scored more than once in the league this season (Edinho with two goals), they have scored more than one goal in a league match, and they have scored in every match this season. Daejeon have also travelled well this season, as every one of their wins has been away from home. Last season in this fixture Daejeon won twice and drew once, so they be hoping to carry that form over into this season. They have been less consistent than Jeonnam, though, failing to draw at all in the league so far, instead alternating between winning and losing.
[READ: K League in FA Cup Round 2 Review] 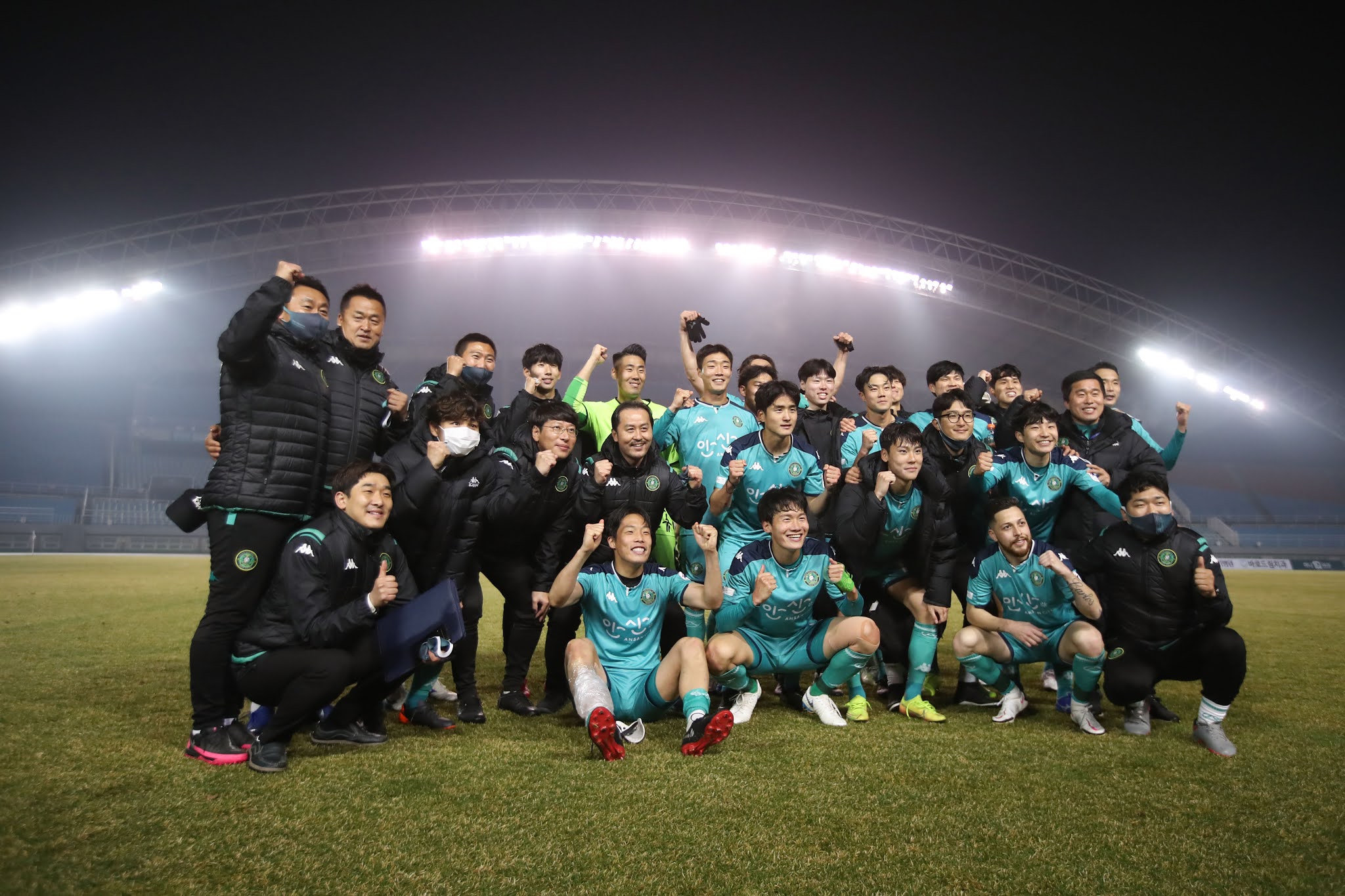 Ansan have been one of the surprise packages this season, winning twice, drawing once, and losing once to take them a point clear of Daejeon and a point behind Seoul E-land. Critics might say that they have been incredibly lucky so far as three of their five league goals this season have come from penalties, securing them six of their seven points this season.
Ansan only just managed to scrape past K4 side Yangpyeong in the FA Cup with a 1-0 win but have a couple of chances to prove that the start of this season has not been a fluke, and they are in fact resembling the 2019 side that came tantalisingly close to the playoffs. Their opponents this Saturday is Fourth placed Busan IPark who themselves have had a very mixed season, either winning 2-1 or losing by three goals or more, giving manager Ricardo Peres lots to think about in terms of tactics. 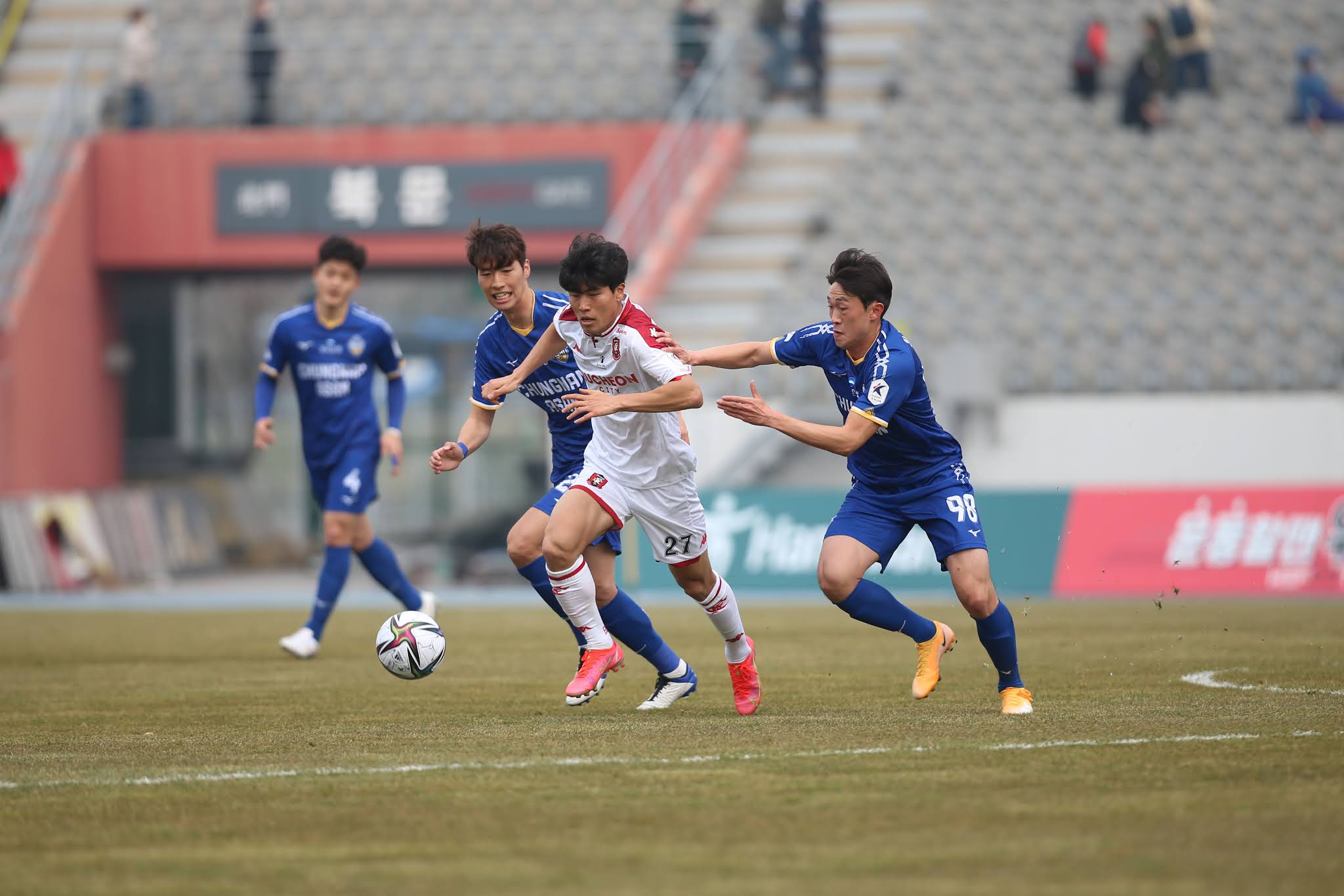 The league season is only four games old and already Park Chang-jun looks like he is having the best season of his career. The three goals he has scored make up 100 percent of Bucheon's league strikes this season, and they have also put him clear at the top of the goalscoring charts. Park only scored three goals in all of his previous seasons combined (once in 2019 with Gangwon and twice in 2020 with Gyeongnam).
While the 3-1 FA Cup win over K5 club Gimhae Jaemics last Saturday proved that Bucheon have other people capable of scoring (Jang Hyun-soo, Crislan, and Cho Beom-seok), against the top of the table side Seoul E-Land, Bucheon will need to up their attacking game against higher level opposition. Seoul remain unbeaten, are the league's top scorers with eight goals, and have the league's best defence with only one goal conceded. They have also had seven different players score in the league, compared to Bucheon's one, so they have threats all over the pitch. Bucheon, however, have only conceded two goals in a match once this season, so if they can play to their defensive strengths and subdue Seoul's attack then maybe Bucheon stand a chance. The visitors will likely only be able to sneak a win, though, if Park Chang-jun continues his fine form. 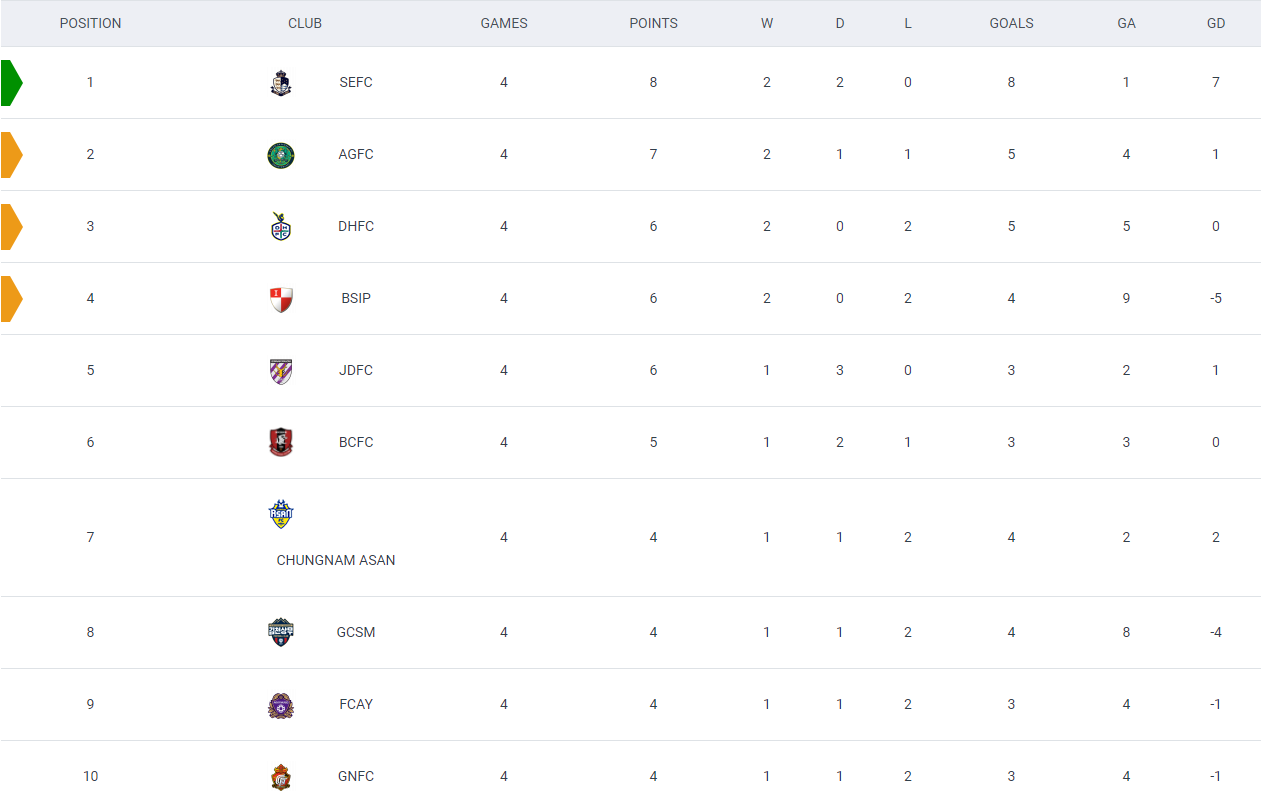