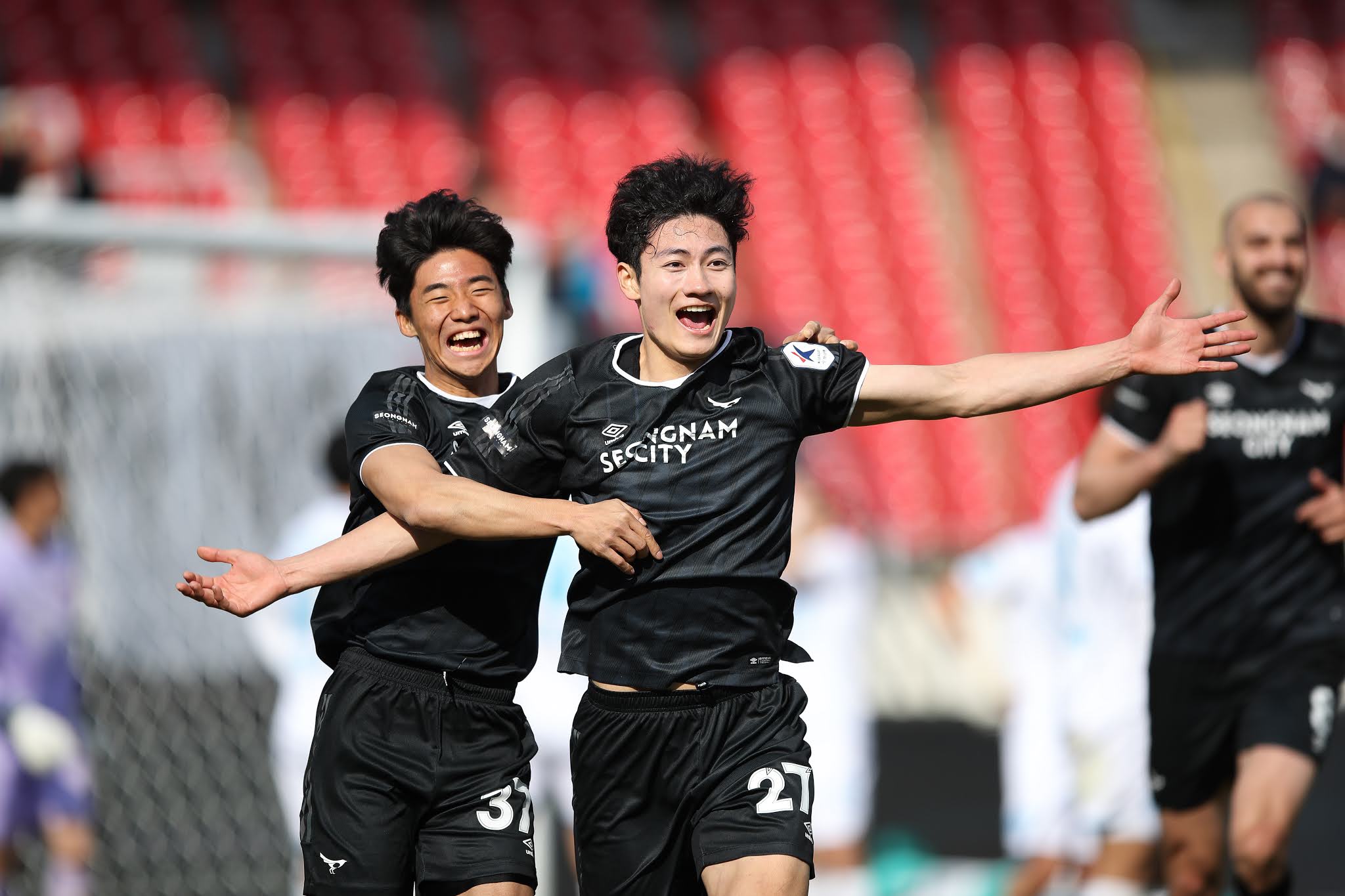 Hana 1Q K League 1 returns for Round 7 following the international break with old rivalries recommencing and a Saturday triple header to look forward to in the Gyeonggi region. K League United's Assistant Editor Peter Hampshire picks out a match, team and player to watch this weekend.

Seongnam FC (5th) vs Ulsan Hyundai (3rd) | Sat. 3 Mar. 16:30 KST
Seongnam FC are proving themselves as top half contenders if recent results are anything to go by, taking 10 points from their previous four games. Beating Pohang Steelers 2-1 in their latest victory, Kim Nam-il's side were rewarded with all three points thanks to 21-year-old Lee Jung-min's 89th-minute winner as the Magpies came from behind to win. Seongnam have not enjoyed much success in this fixture in recent times and look for their first Tancheon win against the Horangi since Jung Sun-ho's late winner secured a 1-0 win in 2015.
Hot on the coat tails of league leaders Jeonbuk Hyundai Motors once more, Ulsan's unbeaten start to the season came to an end last time out in Daegu. The first of four games against sides from the Gyeonggi region, Hong Myung-bo's side boast an U-22 star in the making of their own in Kim Min-jun, who has bagged two in five appearances this season. Ulsan sit top in K League metrics in terms of goals, expected goals and possession. They also have the lowest PPDA in K League 1, which equates to the number of passes they allow their opposition compared to their defensive actions.
[READ: March 2021 K League Newsletter]

Friday night K League is back! The first Friday fixture of the season sees Daegu make the 90-minute journey to the Steelyard to take on Kim Gi-dong's Pohang Steelers under the lights. Daegu will no doubt be boosted by the drama that capped off their victory over Ulsan Hyundai last time out. Cesinha's third of the season, the midfield maestro appeared unstoppable as he burst through to fire past former teammate Jo Hyun-woo to seal a 2-1 win.
The youngest squad in K League 1, Daegu rank second for both expected goals for and against, which often results in entertainment on the pitch. With Jung Seung-won looking likely to return to action, Lee Byung-geun will be hoping Edgar da Silva and Park Gi-dong can return from injuries sooner rather than later to play as a recognised number nine. Cesinha is certainly doing his best to fill that void though, netting three in six so far this term.
[READ: Pohang Steelers vs Daegu FC Preview]

Kim Geon-woong (Suwon FC)
Sunday sees both of K League 1's newly-promoted side's meet for the first time this season as Jeju United travel to the mainland to face Suwon FC. One player who has featured in all but eight minutes of Suwon's season this year is Kim Geon-woong, who earned Kim Do-kyun's side a memorable point with a late header in Jeonju last time out. After VAR consultation, Kim was shown to have timed his run perfectly to head past Song Bum-keun as stoppage time approached.
Kim ranks in the top 10 for interceptions across the whole of K League 1, while boasting the division's 18th best passing accuracy so far this season. A dependable presence in K League 2 for the past two seasons, the 23-year-old has shown he is capable of stepping up to the first tier. Kim Do-kyun will no doubt be hoping that a solid defence will go some way to claiming that inaugural win of the 2021 season.
[READ: Valentinos Siellis Interivew - Falling in Love with Football Again] 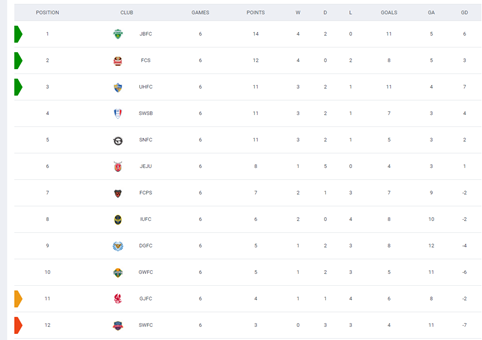