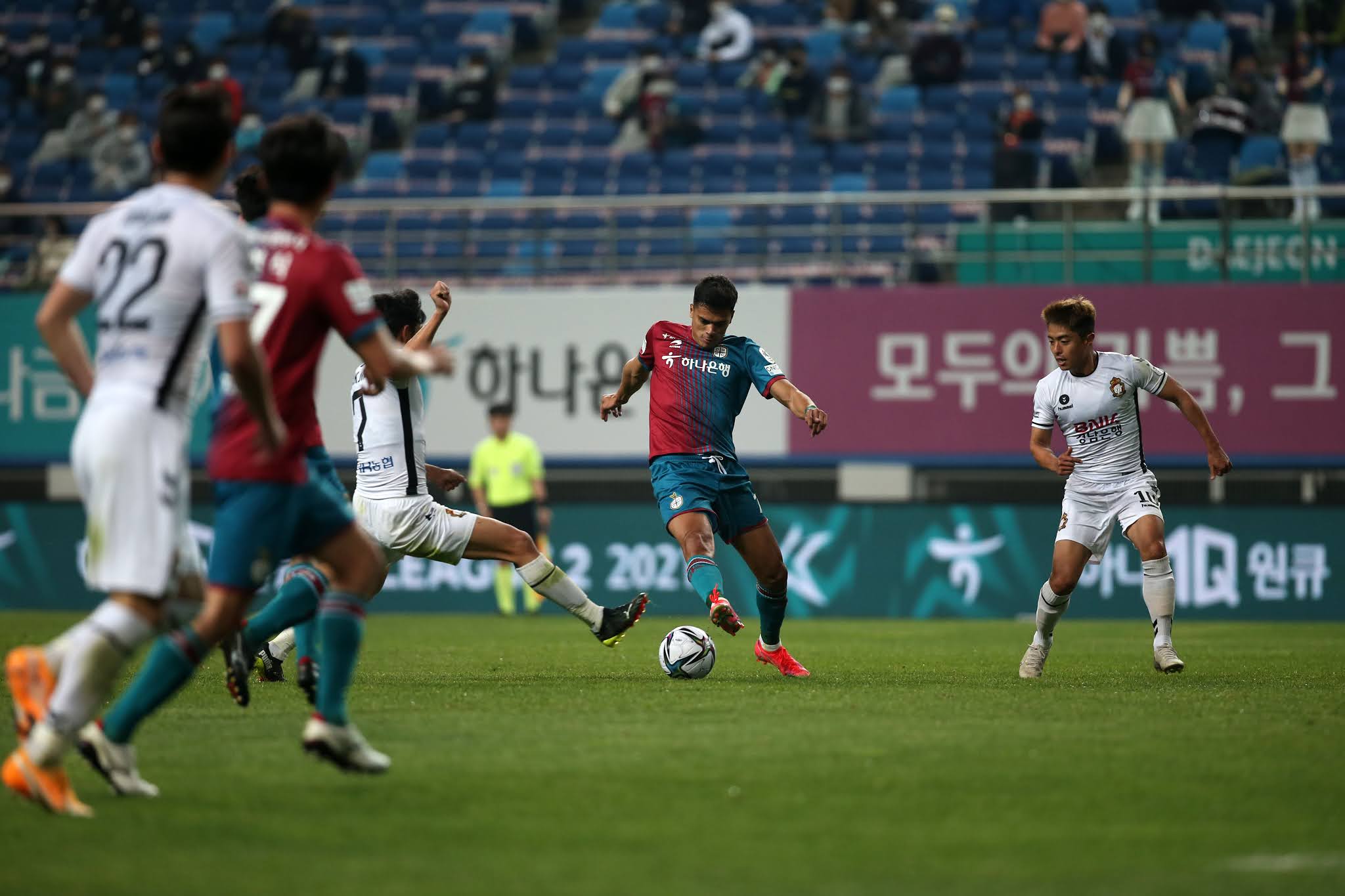 After midweek FA Cup action, attention turns back to the promotion race in K League 2. In Saturday's early kick off, table-topping Daejeon Hana Citizen host second place Seoul E-Land, before giant-killing FC Anyang take on an in-form Chungnam Asan side. Not only that, but 2020 K League 2 MVP An Byong-jun is set take part in his first Nakdong River Derby as Busan IPark face Gyeongnam FC - a side which An scored five goals against last season. 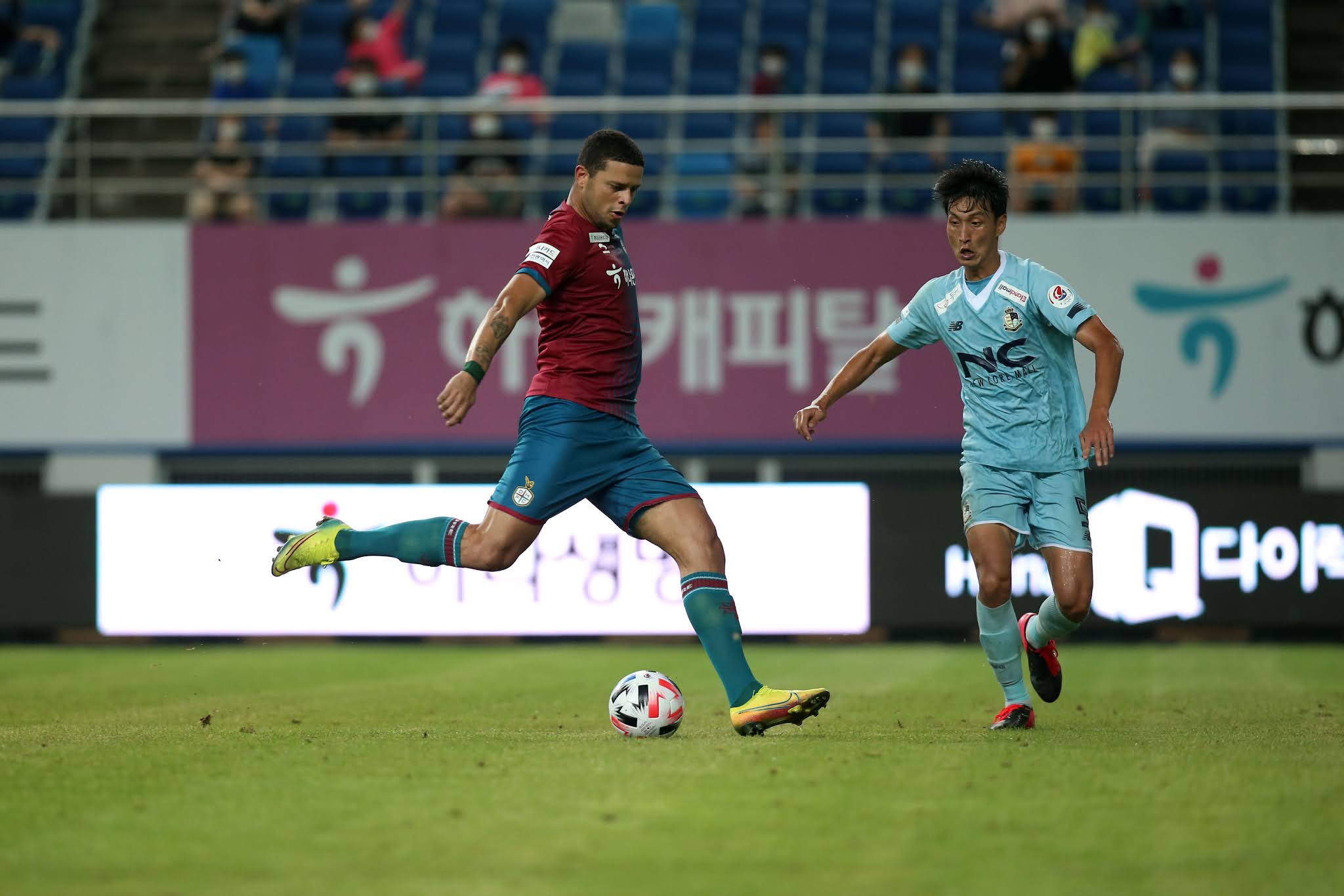 The top two in K League 2 collide in Saturday's early kick off as league leaders Daejeon Hana Citizen entertain Seoul E-Land with just one point separating the two teams. In the league, Daejeon are on a run of three consecutive wins and boast of one of the most creative forward lines in the division having achieved an xG of 12.80. Last Sunday's 2-1 win over basement side Gyeongnam FC, coupled with Seoul E-Land's 1-0 reverse to Chungnam Asan, was enough to see the two teams swap places.
Seoul E-Land may have slipped to second but the Leopards have the sharpest attack in K League 2 and on Wednesday night knocked FC Seoul out of the FA Cup with a 1-0 win in the first ever Seoul Derby. Chung Jung-yong's men have scored 12 goals in the league and, up until last weekend, were the only unbeaten side in the division. The record between the two teams overall is even with both Daejeon and Seoul picking up six wins each and seven draws. There has been nothing between the Purples and the Leopards in the last 10 meetings either with three wins, four draws and eight goals scored each. 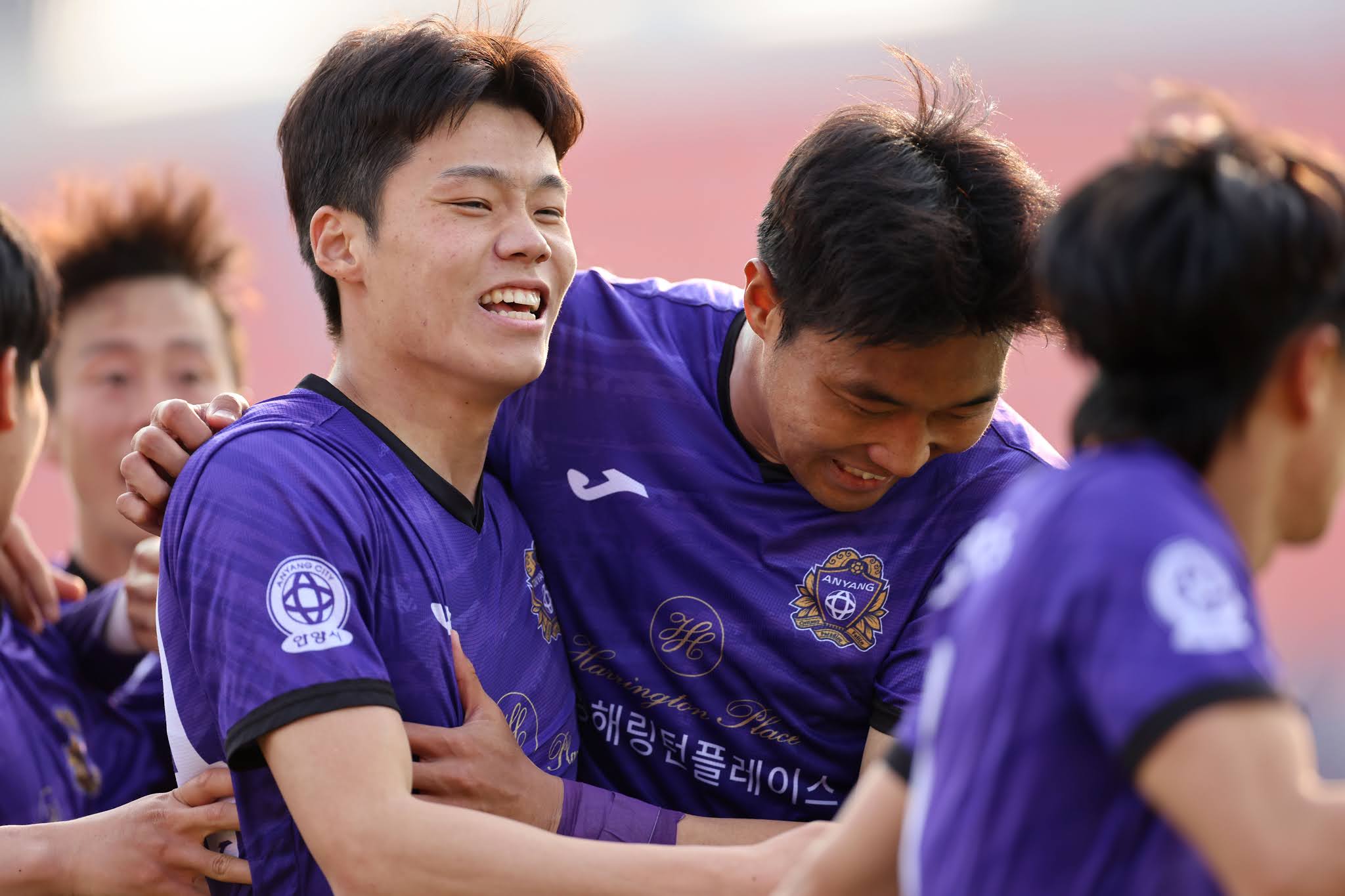 In all competitions, FC Anyang are unbeaten in their last four with three wins and one draw. The Violets on Wednesday night earned an impressive 3-0 away win over K League 1 side Incheon United in the third round of the FA Cup with goals from Nilson Junior, Jung Jun-yeon and Ha Seung-woon. In terms of league play, the Violets find themselves sitting in sixth place following last weekend's 2-1 win over Busan IPark. During which, Anyang had to come from behind too after 2020 K League 2 MVP An Byong-jun put the Royals in front on 17 minutes.
But, a goal and an assist from Mo Jae-hyeon - whose performance was enough for him to be named as MVP for Round 6 - turned the game on its head to earn Lee Woo-hyung's men four points from their last two matches. Anyang rank fourth in the division in terms of both shots made and shots finding the target and are third for key passes made as a team. Attacker Sim Dong-woon leads the division in terms of shooting accuracy with 13; 2.2 per match. A win for the Violets over an in-form Chungnam Asan this Saturday would see them leapfrog their South Chungcheong Province counterparts. 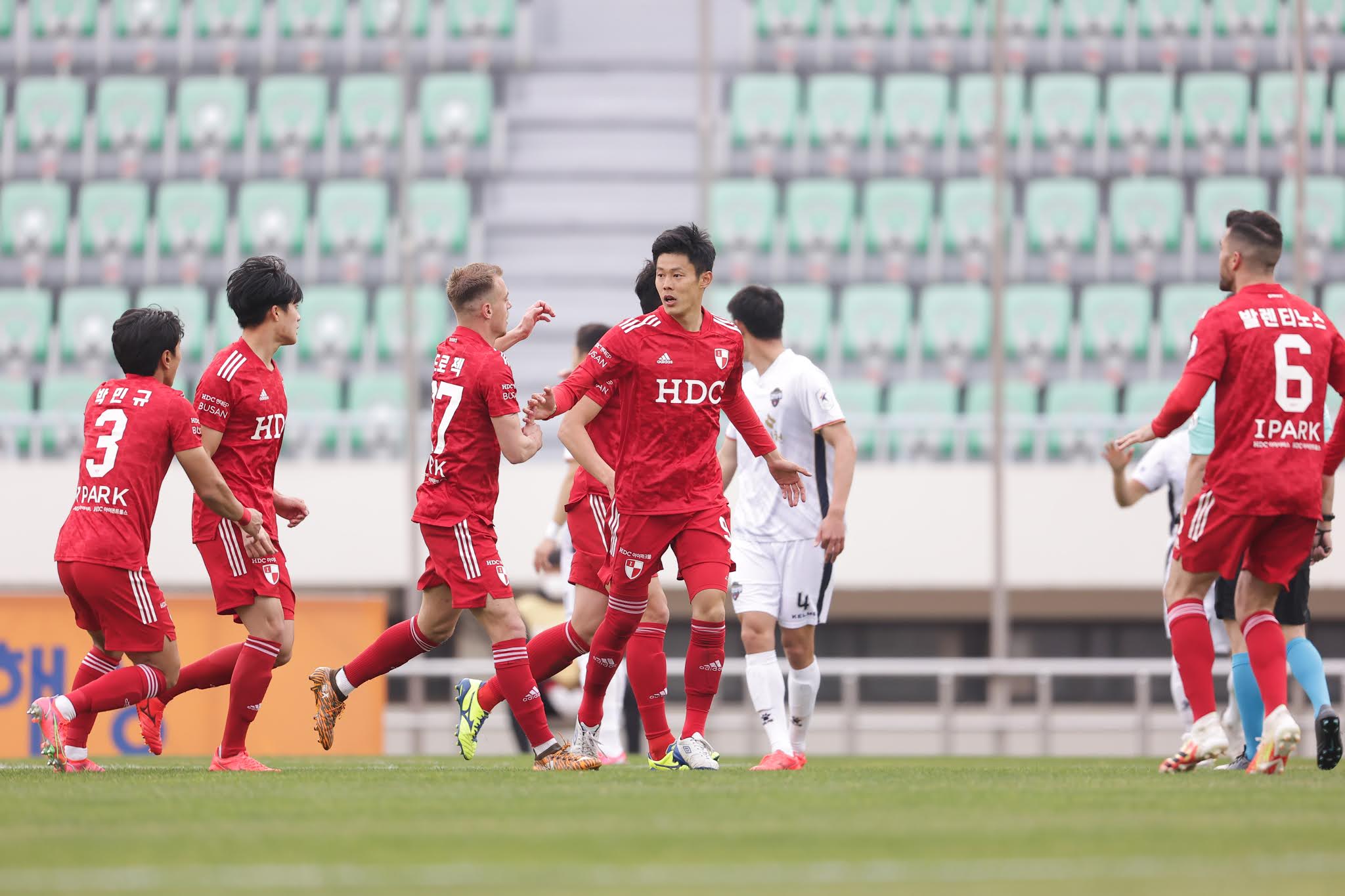 Striker An Byong-jun has three goals to his name so far this term, enough to be the division's joint top scorer. The North Korean international is also joint second for assists with three and will be looked upon by Royals manager Ricardo Peres this weekend. An is second in K League 2 for shooting accuracy with 1.7 shots finding their intending target per 90 minutes. An is a notable threat in the air and is currently joint top in terms of headed attempts on goal with six. An and his Busan teammates face rivals Gyeongnam FC this Saturday in the first Nakdong River Derby in two years. An has a rich goal-scoring record against Gyeongnam and even scored the goal which sent his former team Suwon FC into K League 1 - a late, late penalty in the Promotion/Playoff Final against Gyeongnam last year. In fact, in four appearances against the Reds in 2020, An scored five goals with the eventual promotion winners picking up three wins and a draw. 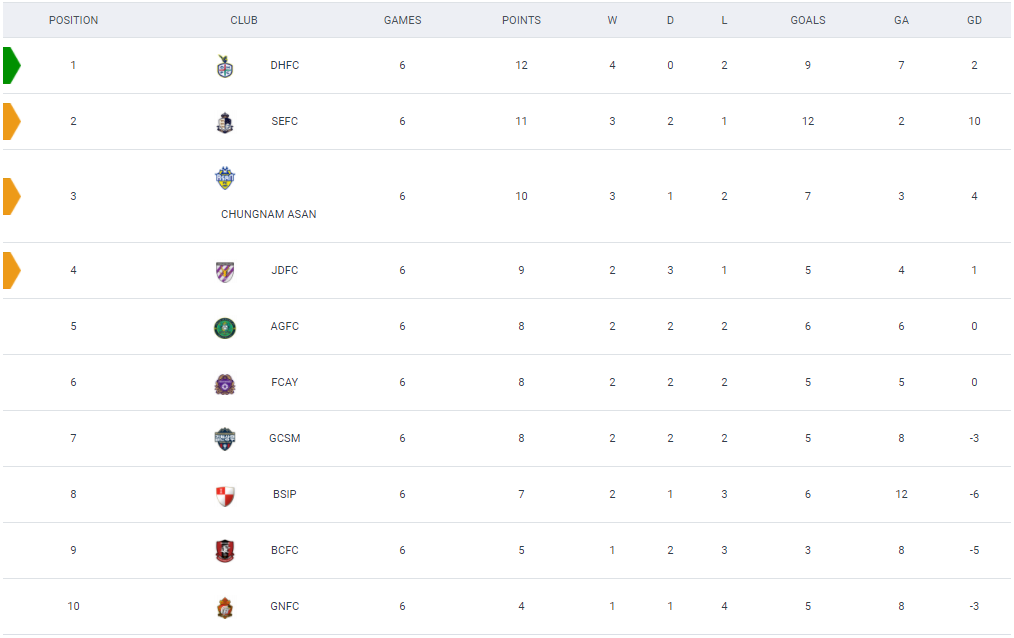 Fans can watch all the weekend's K League 2 action for FREE on tv.kleague.com.