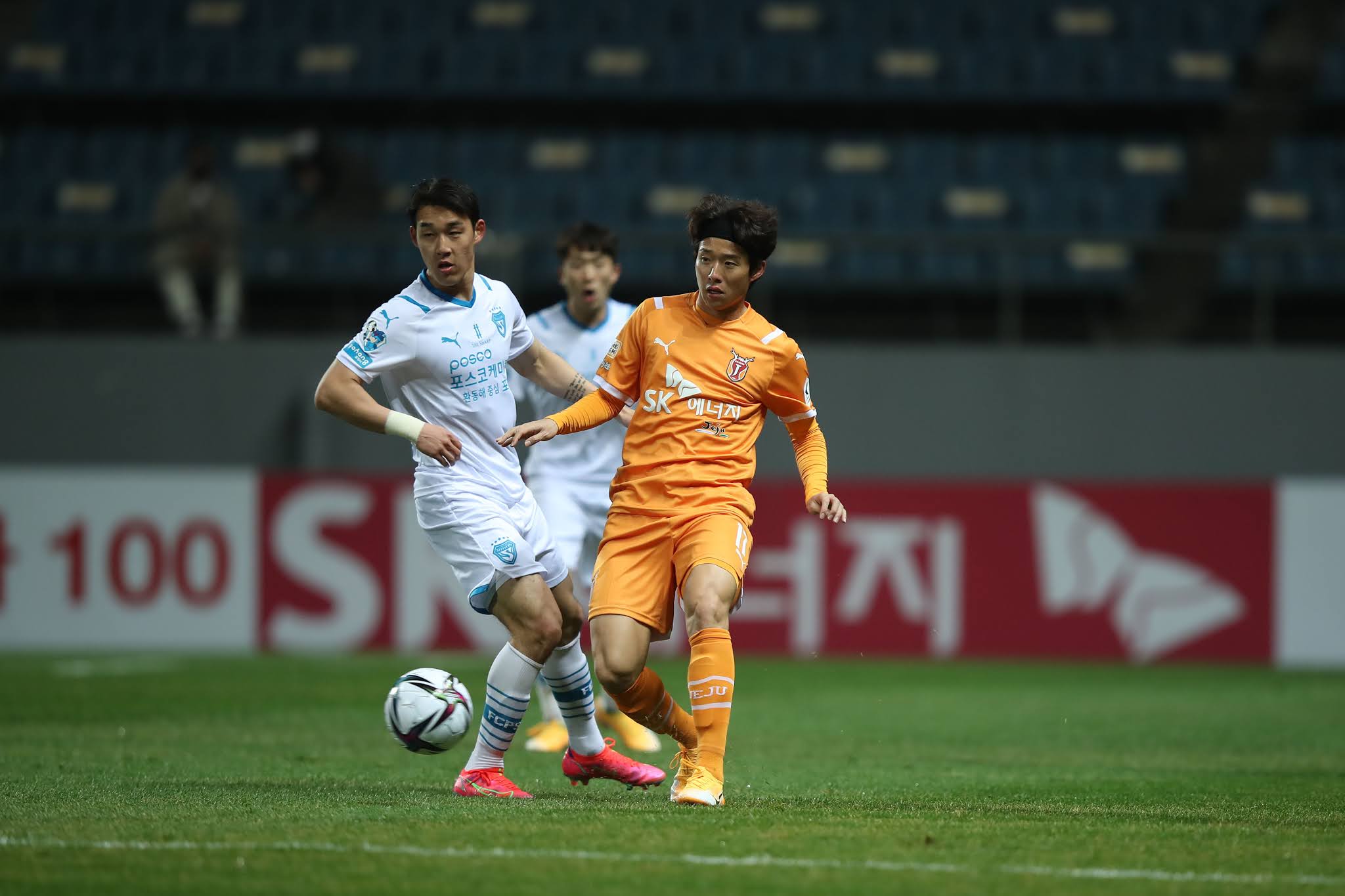 It's third versus fourth when Pohang Steelers will welcome new boys Jeju United to the Pohang Steel Yard for a mouth-watering clash on Saturday, April 24. Which of these teams will register a fourth consecutive win on the trot at the weekend? K League Columnist Shibajee Das previews this eagerly awaited encounter.

After a sluggish start to the season, the month of April has seen Pohang Steelers turn their campaign around. In the last five matches, the Steelers have suffered just one defeat while picking up three consecutive wins for the first time this season in their three recent outings. Back-to-back away victories over FC Seoul and Gwangju FC was followed by a 1-0 midweek triumph at home over Suwon FC. That marked the Steelers' first home win since the opening round win over Incheon United in February.
Visitors Jeju United come into this match on the back of exactly the same sort of form. Jeju mirror Pohang with three wins, one draw and one defeat in their last five matches. What is more intriguing is that Jeju also has three wins in their last three league matches. Nam Ki-il's side secured 2-1 home wins against Suwon Samsung Bluewings and FC Seoul, with a 3-0 away victory over Incheon United sandwiched in between. The FA Cup third-round loss to second-tier Gimcheon Sangmu has been the only dent for Jeju United in recent weeks.

Pohang Steelers
Three potential Pohang starters on Saturday will be Kang Hyeon-mu, Lee Soo-bin and Song Min-kyu. The trio is the only starting line-up survivors from Pohang's last home match against Jeju United and is again set to play a pivotal role. Youngster Go Young-joon is back in the fold again, coming on as a substitute in midweek versus Suwon FC having missed the previous two matches prior to that. 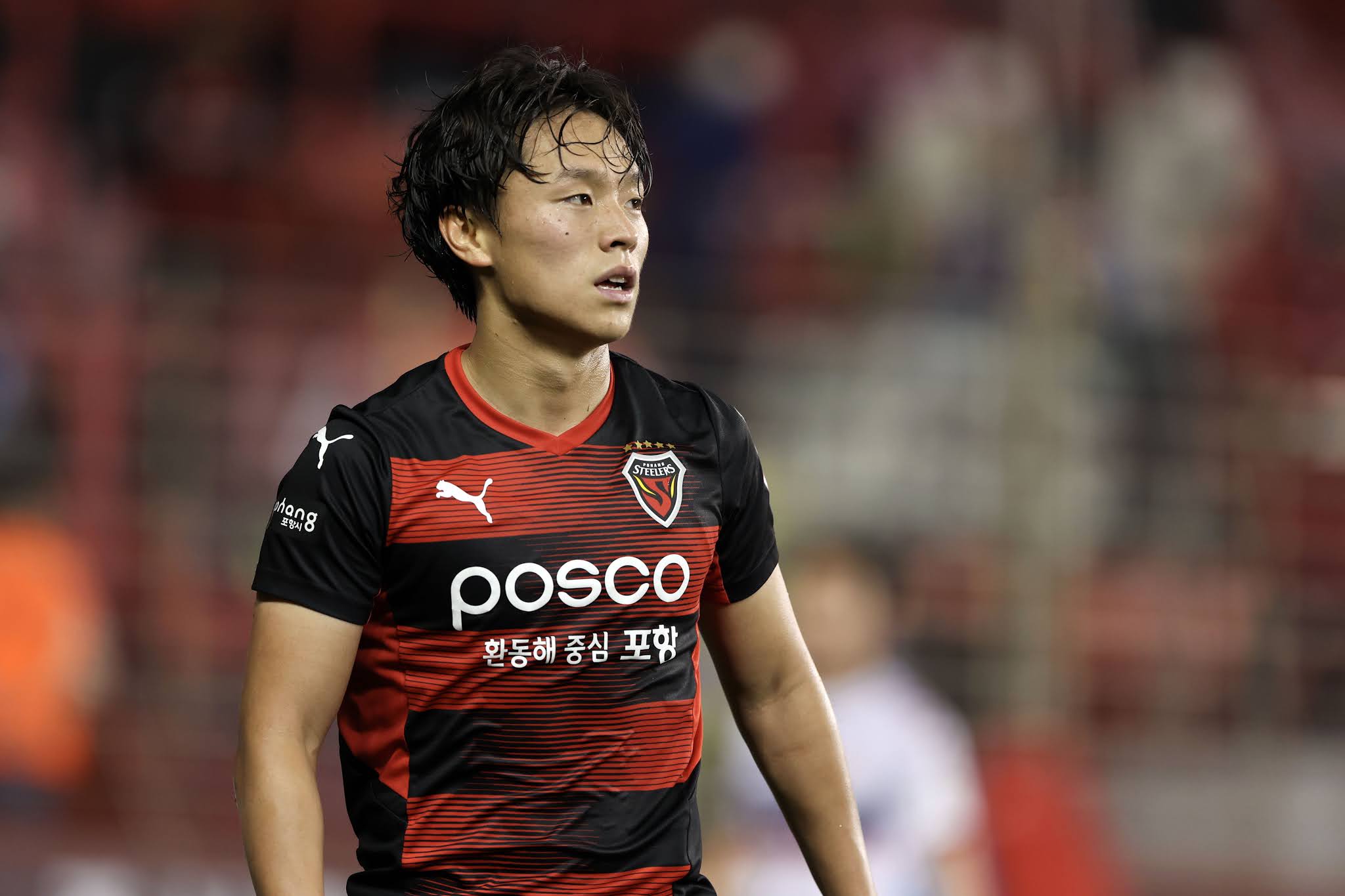 Kim Gi-dong continues to prefer the unorthodox choice of starting Lee Seung-mo as a forward, with Borys Tashchy not having started a match since the defeat to Jeonbuk Hyundai Motors in early April. Experienced winger Lim Sang-hyub will be expected to be a thorn in the Jeju defence later on in the contest. It must be noted that the Steelers have had an unchanged starting lineup in the previous two matches, however that could be set to change due to midweek exertions.
Jeju United
As for Jeju United, Polish forward Oskar Zawada continues to be absent having last appeared in a goalless away draw against Ulsan Hyundai. Fellow new signing Gerso Fernandes is expected to start again, having done so in each of the team's last two matches. Midfielder Kim Bong-soo will be buzzing with confidence having netted his first league goal of the season in the midweek victory over FC Seoul. 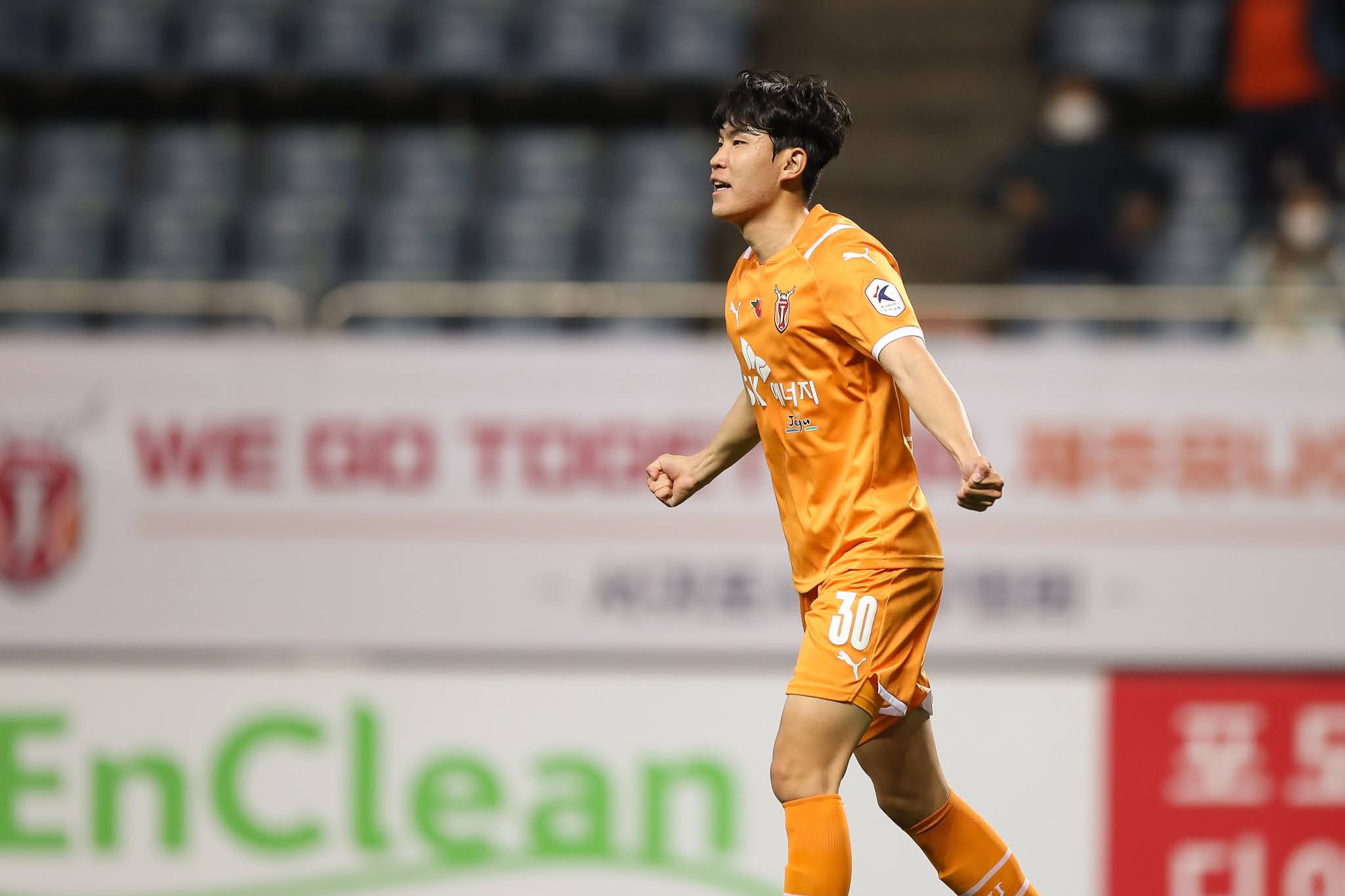 Kim is expected to yet again partner Lee Chang-min, in a solid-looking midfield for Jeju. Nam Ki-il's boys have been solid at the back in a preferred 3-4-3 setup, having conceded the second-lowest league goals this term. The tight defence has been complemented by Joo Min-kyu, whose goals have been priceless in the Tangerines' season so far.

The two oldest clubs amongst the current K League 1 crop, have faced each other in several closely fought matches over the years. The two teams have met 147 times (including Jeju's Bucheon SK era), with Pohang winning on 59 occasions while Jeju has 48 wins to their name. There have been 40 draws between the sides, with three of the last six matches ending in a stalemate.
Earlier this season, the Steelers suffered a narrow 1-0 defeat on their trip to the island. Chung Woon had scored the lone goal of the contest. Pohang's last win over Jeju, which was incidentally their only win in the last 10 attempts, dates back to 2019. Stanislav Iljutcenko had scored a brace after coming on as a substitute in a 2-1 win.
[READ: 2021 K League 1 Round 12 Preview]

The battle of the Min-kyus
Saturday will see the league's joint second-highest goalscorers square up against each other, as Pohang's Song Min-kyu and Jeju's Joo Min-kyu will battle it out in a bid to help their respective clubs push further forward in the league table.
Song Min-kyu Song Min-kyu has already carried Pohang Steelers on his shoulders multiple times in the ongoing season. And it's hard to believe that he is only 21 years old! Having got into double digits for league goals last season, the reigning K League Young Player award winner has carried on from where he left off. Song already has five strikes to his name this season and looks well placed to beat his mark of 10 from last year.
The exciting winger has netted in crucial wins over Incheon United and FC Seoul, as well as the leveller in the derby draw. Last time out, a 1-0 win over Suwon FC was secured due to another Song Min-kyu header late on in the match.
He continues to display maturity on the pitch beyond his age. Song Min-kyu will be looking to set the stage ablaze and once again drive his beloved Pohang on to yet another important win.
Joo Min-kyu Joo Min-kyu will be the obvious threat on the opposing side. The forward is a decade older than his namesake. His goals have been crucial to newly-promoted Jeju United sitting third in the league table. Joo has been rejuvenated this season and has already shown glimpses of a stellar 2017 season. He was undergoing his military service and was on the books of Sangju Sangmu. The former Ulsan Hyundai and Seoul E-Land man struck 17 times across the campaign to finish as the league's third-best marksman.
This season he has been in red hot form for Jeju, having already scored five league goals. However, he didn't hit the ground running straight away. The 31-year-old started in the first two matches but didn't look too convincing, after which he was dropped in their next game, which was against Pohang. He celebrated his return to the starting lineup with a goal versus Gangwon FC earlier this month and has been ever-present since.
Coincidentally, Joo has scored all of his five goals in April itself. He first netted against fellow new boys Suwon FC, consequently going on to score in the draw against Gangwon, the late winner over Suwon Samsung Bluewings and a double away to Incheon United. It is fair to say that his goals have helped Jeju convert their draws into wins. Jeju United will be hoping that Joo Min-kyu's predatory instincts will once again be on display, this time at the Steel Yard.

Fans in countries with K League overseas broadcasting rights can follow the game live on television. More information can be found here. Kick off is at 2 PM KST.
Alternatively, the match is also available for FREE on tv.kleague.com.
Shibajee Das
K League United Columnist