This upcoming weekend's fixtures in K League 1 look quite well-matched across the board, with FC Seoul and Seongnam kicking things off on Friday night. Suwon Samsung Bluewings at home to Pohang Steelers looks to be the big ticket on Labor Day, while league leaders Jeonbuk Hyundai Motors host third-placed Jeju United on Sunday afternoon. 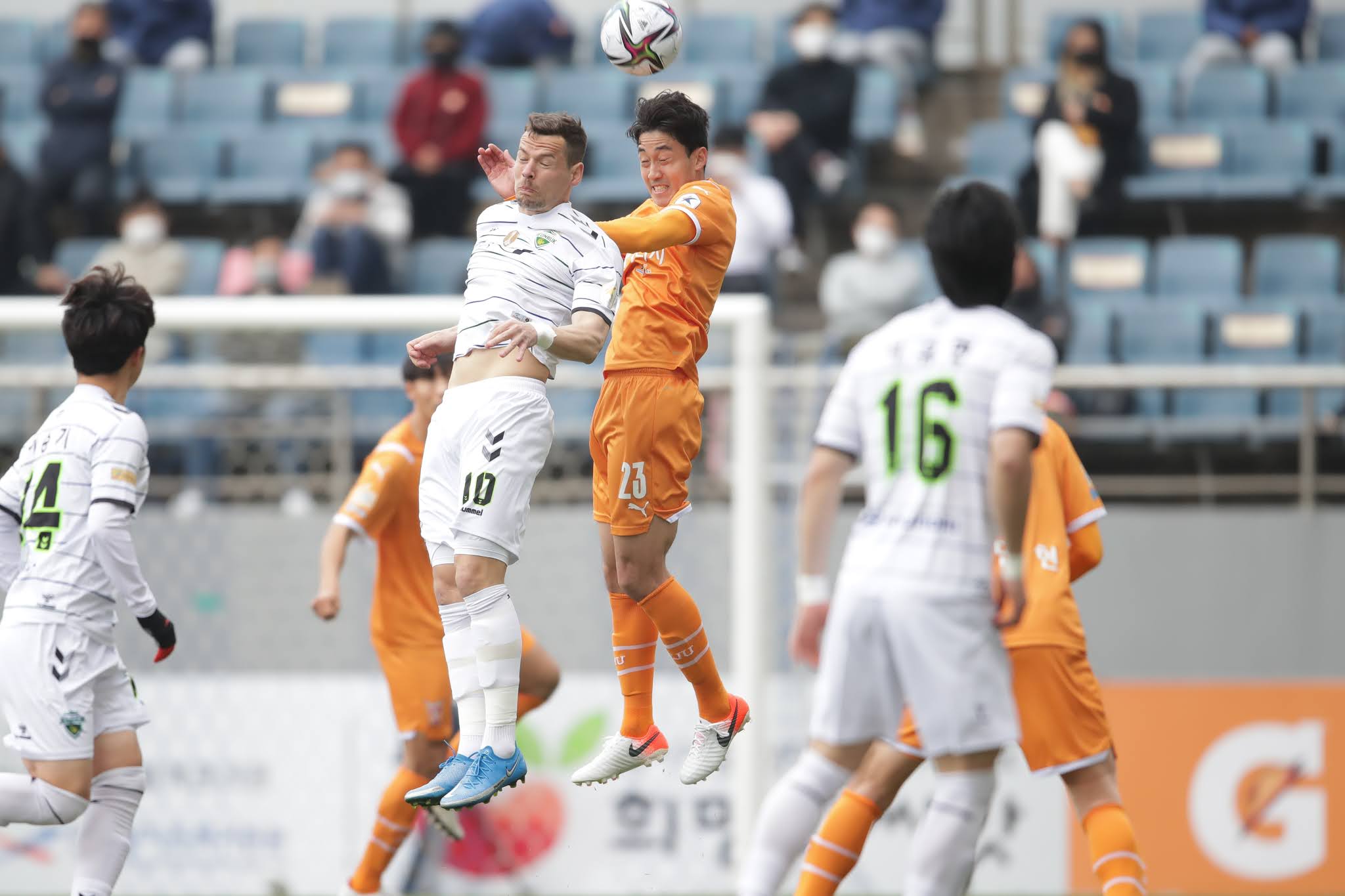 Jeonbuk have yet to lose this season with eight victories and four draws after the first twelve rounds. However, they have cooled off a bit in recent matches following a 5-0 thumping of Incheon United on April 11th, recording a 1-0 win against Seongnam FC the following week, and then back to back draws against Ulsan Hyundai and Gangwon FC. They also drew with Jeju United in the first meeting between the clubs this season in March. Stanislav Iljutcenko leads the top division with seven goals and will be the main threat to Jeju's back three. Han Kyo-won has also been a solid contributor this year with four goals from seven appearances.
Jeju United have turned some heads with their performances this year but know that their opponents on Sunday have traditionally held a strong advantage in head to head matches. The good news is that Joo Min-kyu has been on form of late, with five goals to his name so far this campaign. Nam Ki-il has found a consistent defensive alignment with Kim Oh-gyu, Kwon Han-jin, and Jeong Woon in the back, while the midfield has been bolstered by the return of Kim Young-wook and recent strong performances from Gerso Fernandes, who signed with the club in the winter transfer window from MLS side Sporting Kansas City. The emergence of U-22 prospect Kim Bong-su in recent weeks has been somewhat of a revelation. He scored his maiden K League 1 goal in a 2-1 win against FC Seoul on April 21st. The Sky Blues will look to make it three away wins in a row when they travel to bottom dwellers Suwon FC this weekend. Another three points could see them leapfrog up the table if results elsewhere also go their way. Edgar has been in good form of late scoring three consecutive match-winning goals. Daegu have a balanced schedule up until the end of May when the league goes into a break for the resumption of the AFC Champions League as well as Asian qualifiers for the World Cup, so they will want to pick up points where they can to stay in contention.
Upcoming matches against Incheon United, FC Seoul, and Gangwon FC are counterbalanced by matches against Jeju United, Suwon Samsung Bluewings, and Jeonbuk Hyundai Motors. The hope is that with such a busy schedule ahead, they will be able to avoid injuries ahead of their playoff encounter with Chiangrai United in June.
[READ: FC Seoul Vs. Seongnam FC Preview] Pohang Steelers have been charging hard up the table of late, unbeaten in their past four matches with three consecutive clean sheets over that span. One of the major reasons for the team's success has been the play of Kang Sang-woo. The 27 year old left back has been a hot topic of conversation in recent weeks with the approaching Asian qualifiers for Qatar 2022 coming once again into view. Paulo Bento is in search of a permanent solution at left back and many contend the Pohang man could be the answer.
He has played every single minute of every match thus far this season and is third in the first division in assists with four. With an important match against Suwon Samsung Bluewings coming up, it will be another opportunity for him to show his worth and perhaps increase his chances of a senior call-up to the national team. A lot is at stake with both sides level on points in the standings and Kang has the ability to change a match with his movement on the left and ball distribution to those around him. 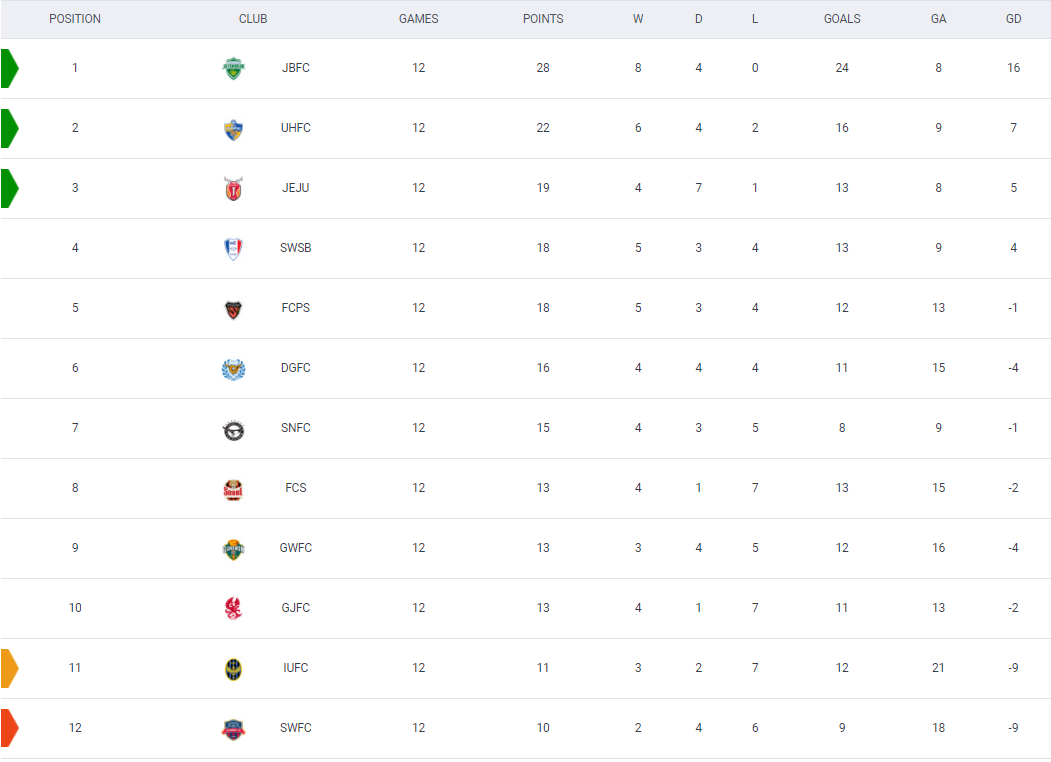