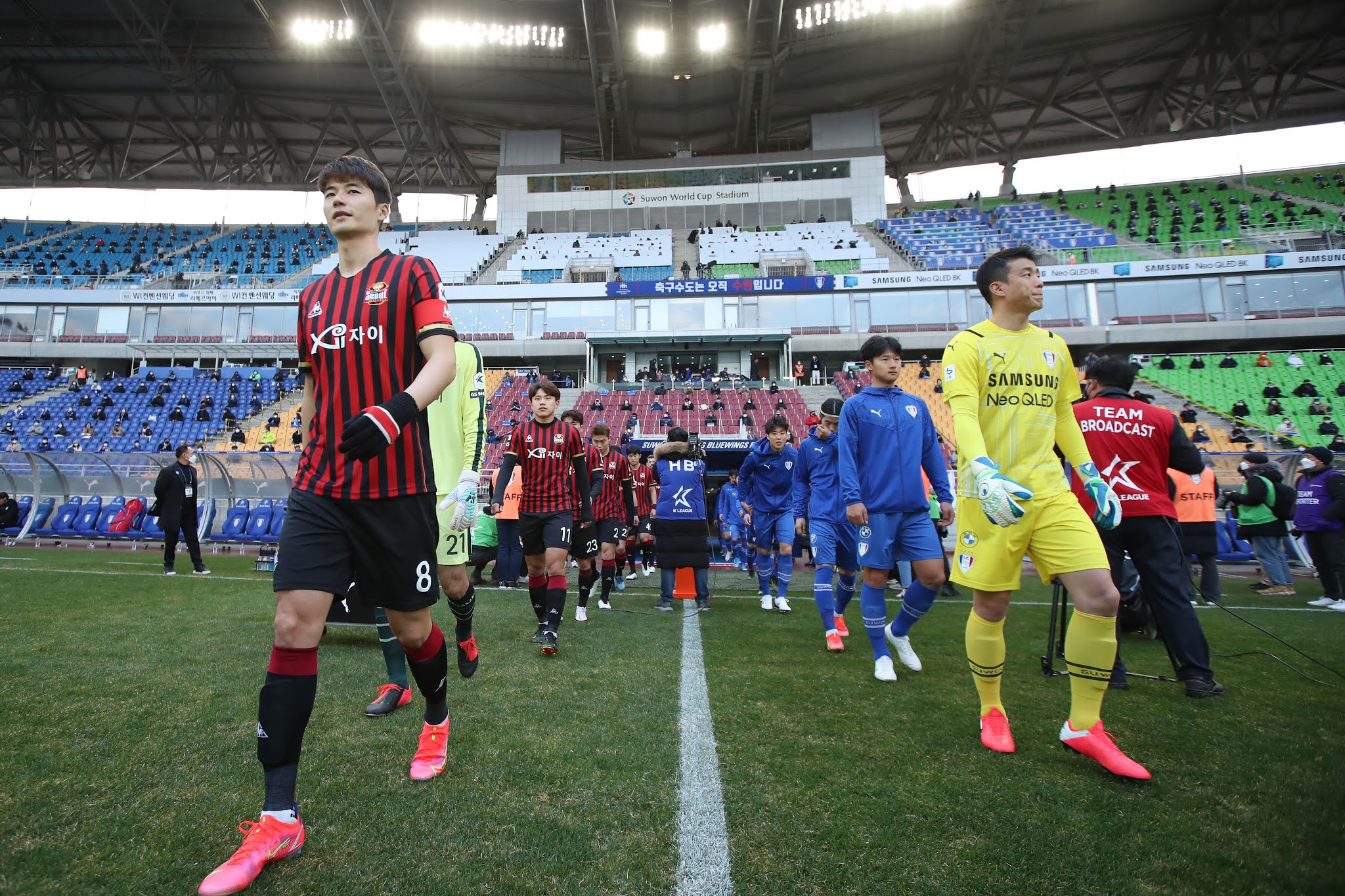 FC Seoul and Suwon Samsung Bluewings meet this Saturday for the second Super Match of the 2021 Hana 1Q K League 1 campaign. Hosts Seoul sit second bottom of the league and are without a win in their last nine matches whereas the Bluewings are seven unbeaten and sit second. But, in one of the K League's oldest derbies, form goes out of the window.

FC Seoul's last win was the first Super Match this term back in Round 6. Seoul then lost six on the spin but have began to show signs of recovery with three straight draws since including a first clean sheet since Round 5 against Gangwon FC last Sunday. Seoul sit 11th in the table but have four games in hand after the virus-forced break.
Suwon Bluewings, meanwhile, head to the capital on the back of seven matches without defeat with four wins in the league. Last weekend Suwon struck late in a seven-goal thriller away to Gwangju FC, Lee Ki-je with a free kick in the 98th minute with his fourth of the season. The Bluewings sit second in the table three points behind league leaders Ulsan Hyundai and a point above Jeonbuk and Daegu who are both locked on 29 points. The Bluewings played in midweek but it was a much-changed starting lineup which eased past FC Anyang on penalties in the FA Cup 4th Round.

Go Yo-han is a long term absentee and isn't expected to return until August. As is winger Park Jung-bin who picked up an ankle injury in late April and is expected to return in July or August. In another injury blow, Na Sang-ho is also out after picking up a hamstring problem. However, Park Chu-young is back and made his first appearance for FC Seoul since early April.
For Suwon, defender Jang Ho-ik back from a one-match ban after picking up a fifth yellow against Daegu FC. Park Dae-won would be at risk of suffering the same fate but is expected to miss the game with a thigh injury which has also kept the defender out of Kim Hak-bum's Olympic squad. Meanwhile, Ko Seung-beom is a minor doubt after picking up a groin injury against Daegu. Kwon Chang-hoon has returned to Suwon but he is not due to join up with the rest of the squad until after the World Cup qualifiers next month. However, Italian forward Nicolao Dumitru made his comeback from injury during the midweek FA Cup tie with FC Anyang.

Seoul won the first Super Match of 2021, coming from behind after teenage sensation Jung Sang-bin had given the Bluewings the lead 16 minutes in. Ki Sung-yueng levelled on the stroke of half time before Park Jung-bin bundled the ball home from point blank range in the 80th minute.
In 2020, Suwon picked up a first Super Match win after 19 failed attempts. In Round 23, an Adam Taggart hat-trick sealed Suwon the points. Saturday's clash will be the 93rd K League Super Match. Seoul have the slight advantage with 36 wins to Suwon's 33 and 24 draws. Over the last 10 encounters, Suwon have just one victory to Seoul's six and three draws.
[READ: "We're definitely on the right path": Doneil Henry Interview] 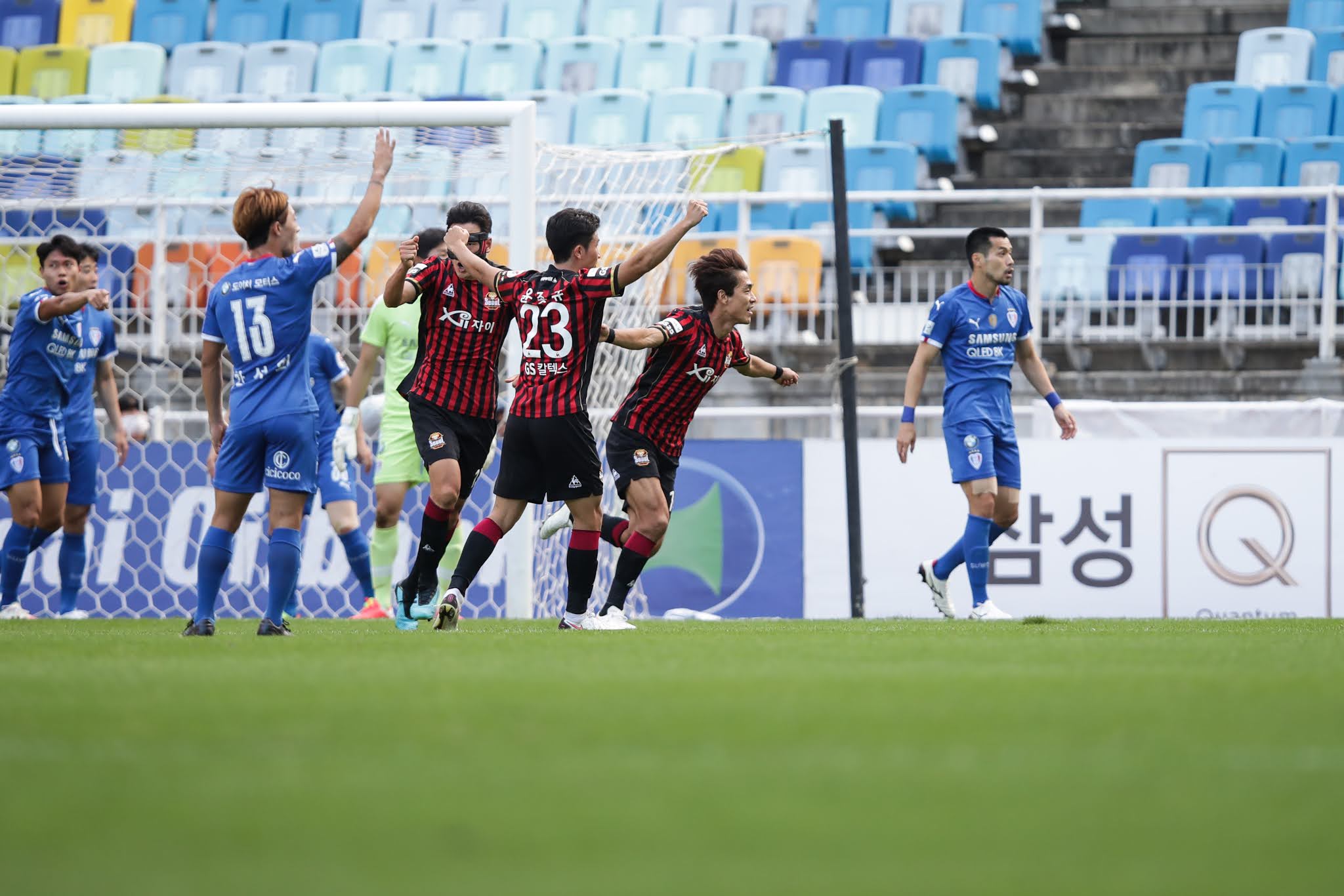 FC Seoul striker Park Chu-young has scored four goals in his last six matches against the Bluewings. In 2020, Park scored one in the 3-3 draw at Big Bird for what was the first Super Match last year and one in the 3-1 loss, the final meeting between the two teams last term. However, in 2019, Park scored the opener in the 2-1 win and one in the 1-1 draw - a late, late penalty to salvage a point. Park Chu-young is a big game player and his return from injury could not have been better timed.
Jung Sang-bin - Suwon Samsung Bluewings 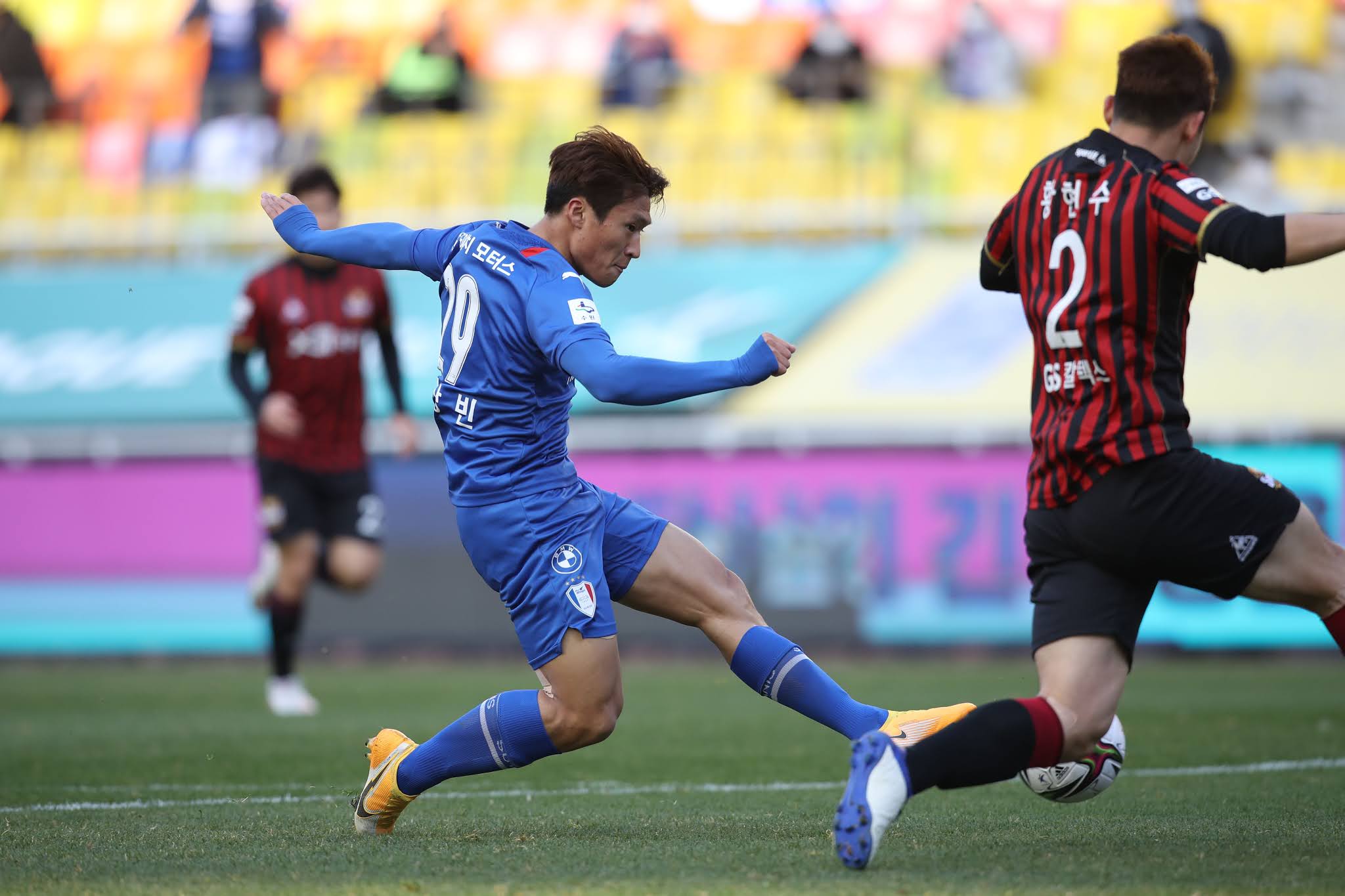 Bluewings wonderkid and first year pro Jung Sang-bin scored in the first fixture this season, firing in the opener in the 16th minute. It was his second of the season, now at four, having scored against Pohang Steelers, Jeonbuk Hyundai Motors and Ulsan Hyundai. Jung has shown himself to be a sharp shooter with the fourth-best shooting accuracy in the division at 59%. Jung wasn't amongst the goals against Gwangju last time out but laid on an assist for Kim Min-woo's 16th minute equaliser. His fine form has been rewarded with a call-up to Paulo Bento's Korean National Team squad ahead of next month's World Cup qualifiers. 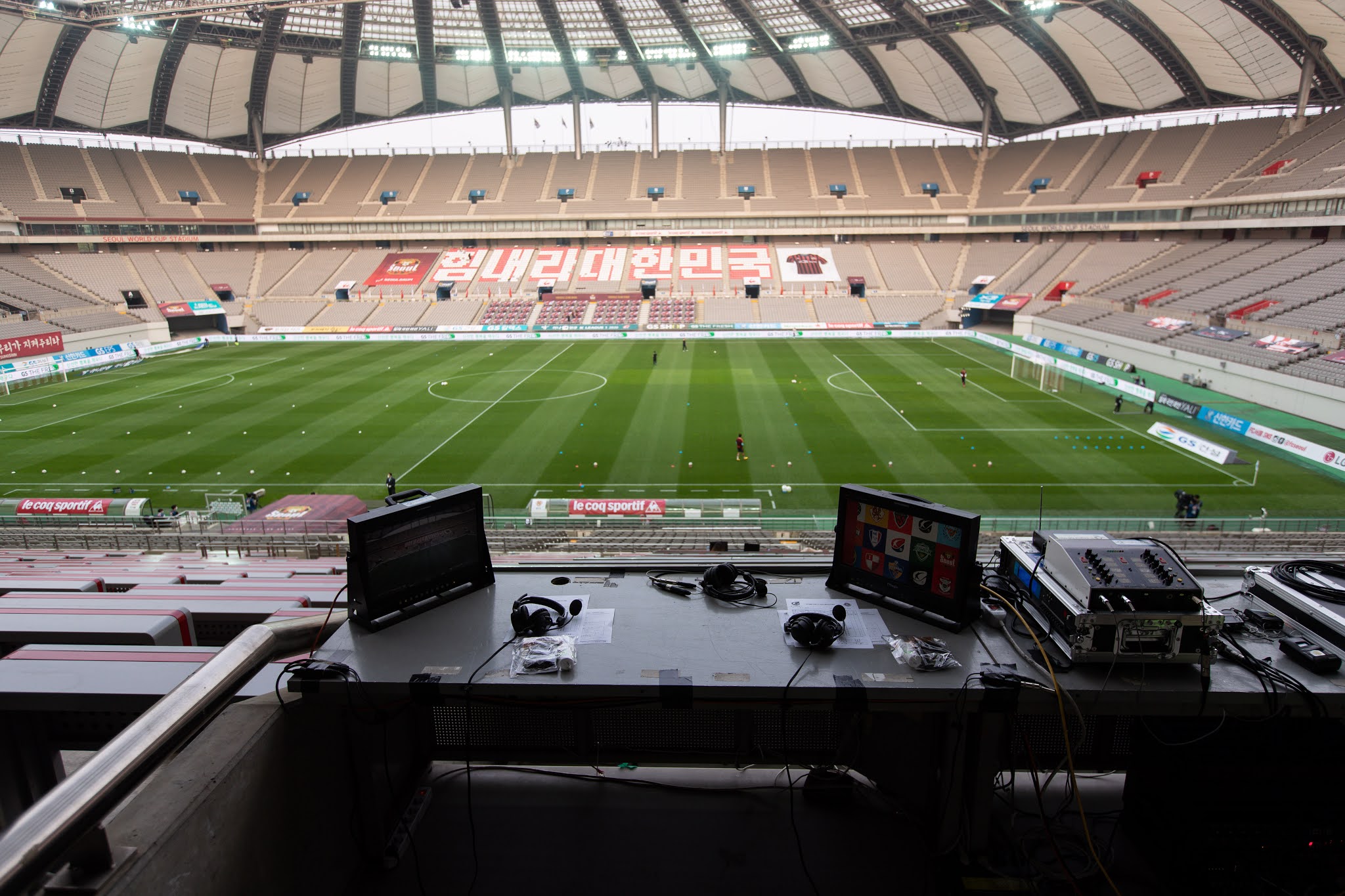 Fans in countries with K League overseas broadcasting rights can follow the game live on television. More information can be found here.
Alternatively, the match is also available for FREE on tv.kleague.com.
Paul Neat
Managing Editor