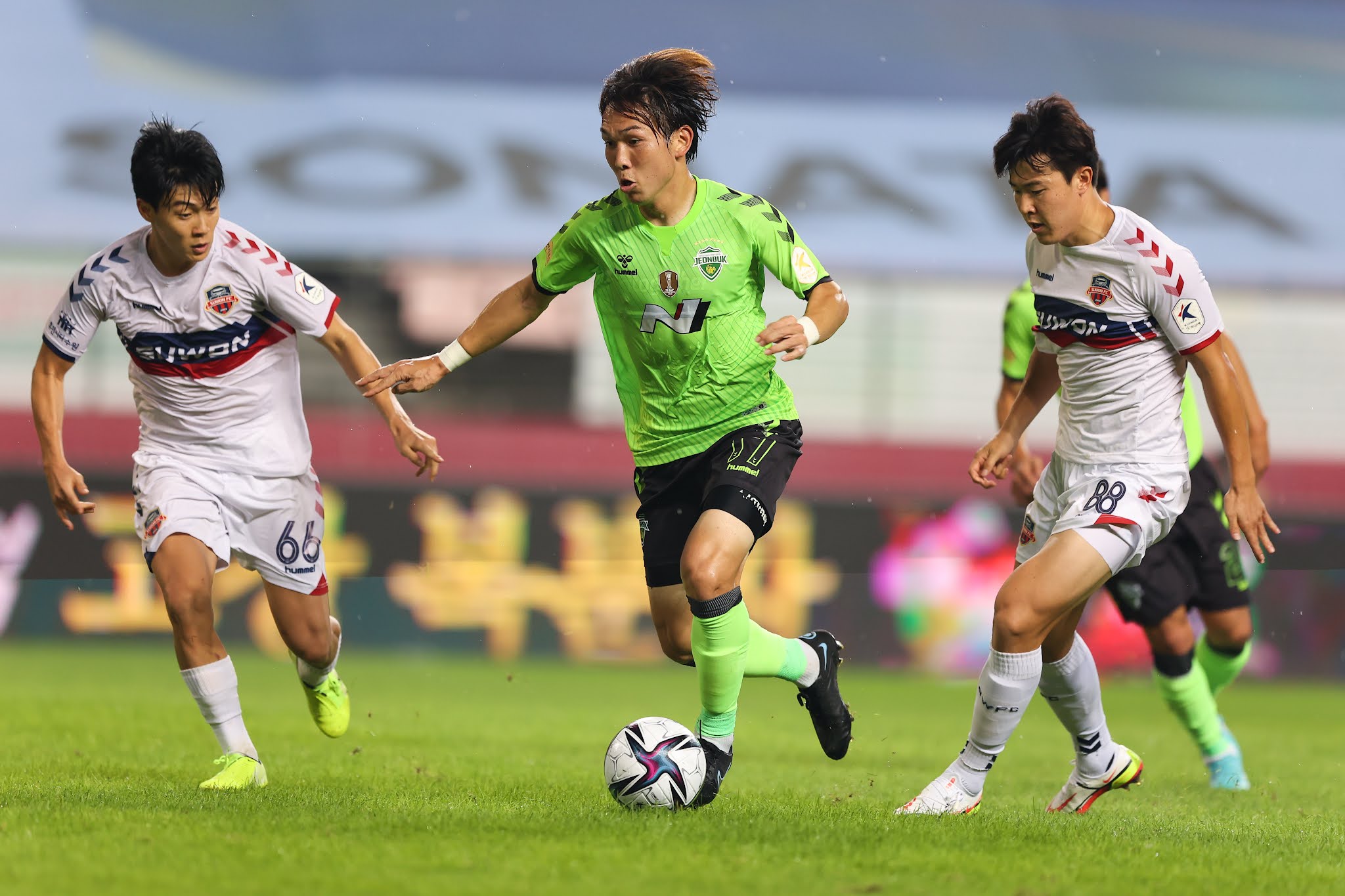 After the international break, K League 1 returns this weekend with the Final A group in action throughout Sunday. Suwon FC at home to Jeonbuk Hyundai Motors will kick things off in the afternoon's early kick-off before Jeju United take on Ulsan Hyundai and Daegu FC host Suwon Samsung Bluewings at 16:30 KST. 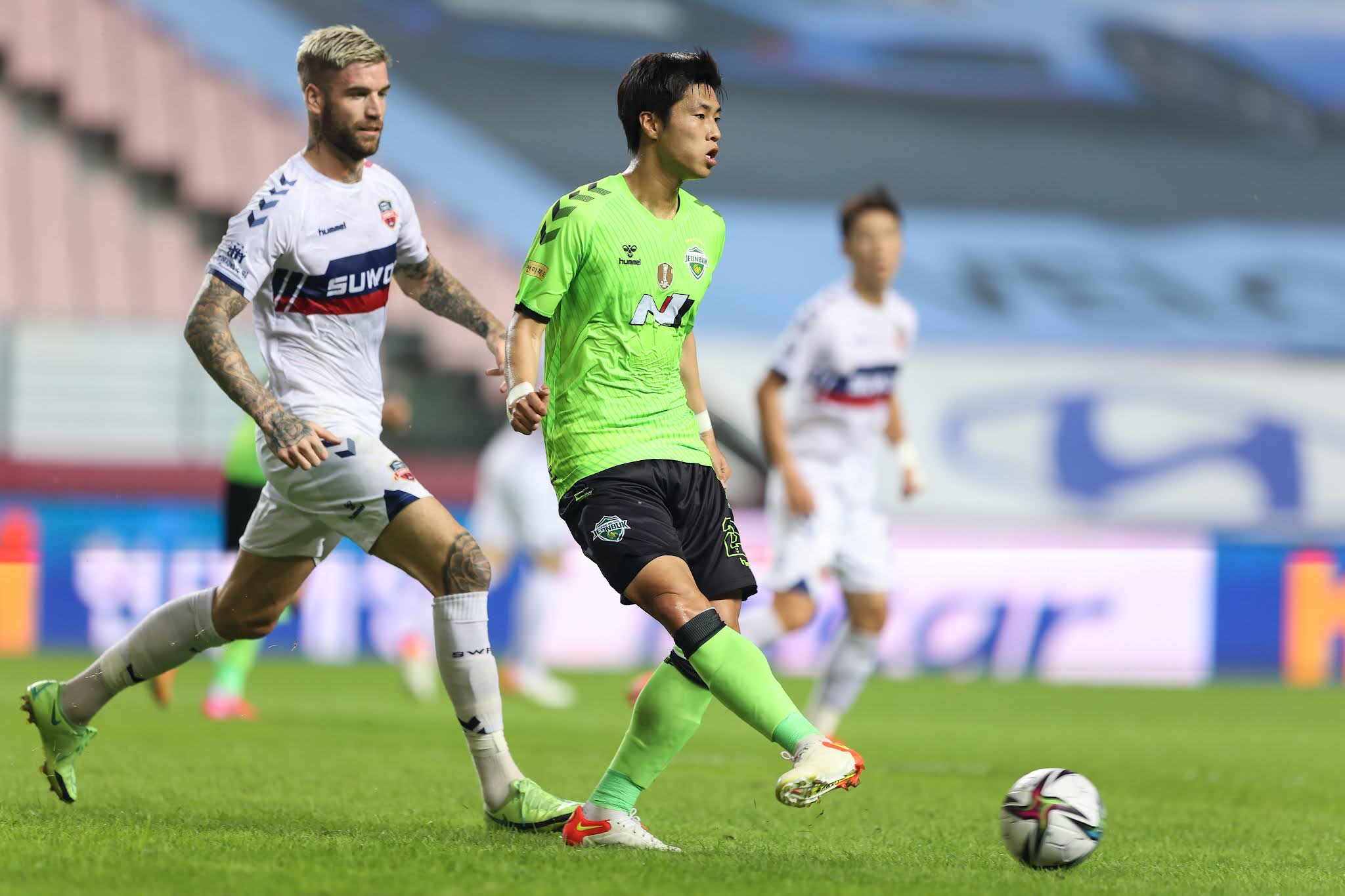 Suwon FC host Jeonbuk Hyundai Motors this Sunday at 14:00 to get Final A Round 36 underway. Suwon FC had looked set to compete for third place in K League 1 but a run of five matches without a win, including four defeats on the spin, has left Kim Do-kyun's side seven points adrift of Daegu. However, this weekend Suwon have the chance to get back to winning ways when taking on Jeonbuk, a side which they are yet to lose to this term. The two matches played at Jeonju Castle ended in draws, 2-2 in August and 1-1 back in March. The previous meeting in Suwon ended in a 1-0 win for the hosts, Tardeli Reis bagging the game's only goal 10 minutes from time.
But this is a Jeonbuk Hyundai Motors which sits top of K League 1 and on a run of nine unbeaten in the league with seven wins. The last gasp win over Ulsan Hyundai last time out moved the Green Warriors three points clear with just three matches to go. Both Suwon and Jeonbuk have proved themselves to be pass masters this season; Jeonbuk have the best passing rate per minute of possession in K League 1 with 14.9 while Suwon FC are close behind with 14.5 - above the league average of 13.88. Jeonbuk, though, have made more passes to the final third and with more accuracy. Suwon FC, meanwhile, have been better at sniffing out danger with the third-highest number of interceptions in K League 1 (1,545) and second-most per 90 minutes (41.35). A win for Jeonbuk would take the Green Warriors one step closer to a fifth straight league title while three points for Suwon FC might be needed to ensure cross-town rivals Suwon Bluewings don't leapfrog them in the table. 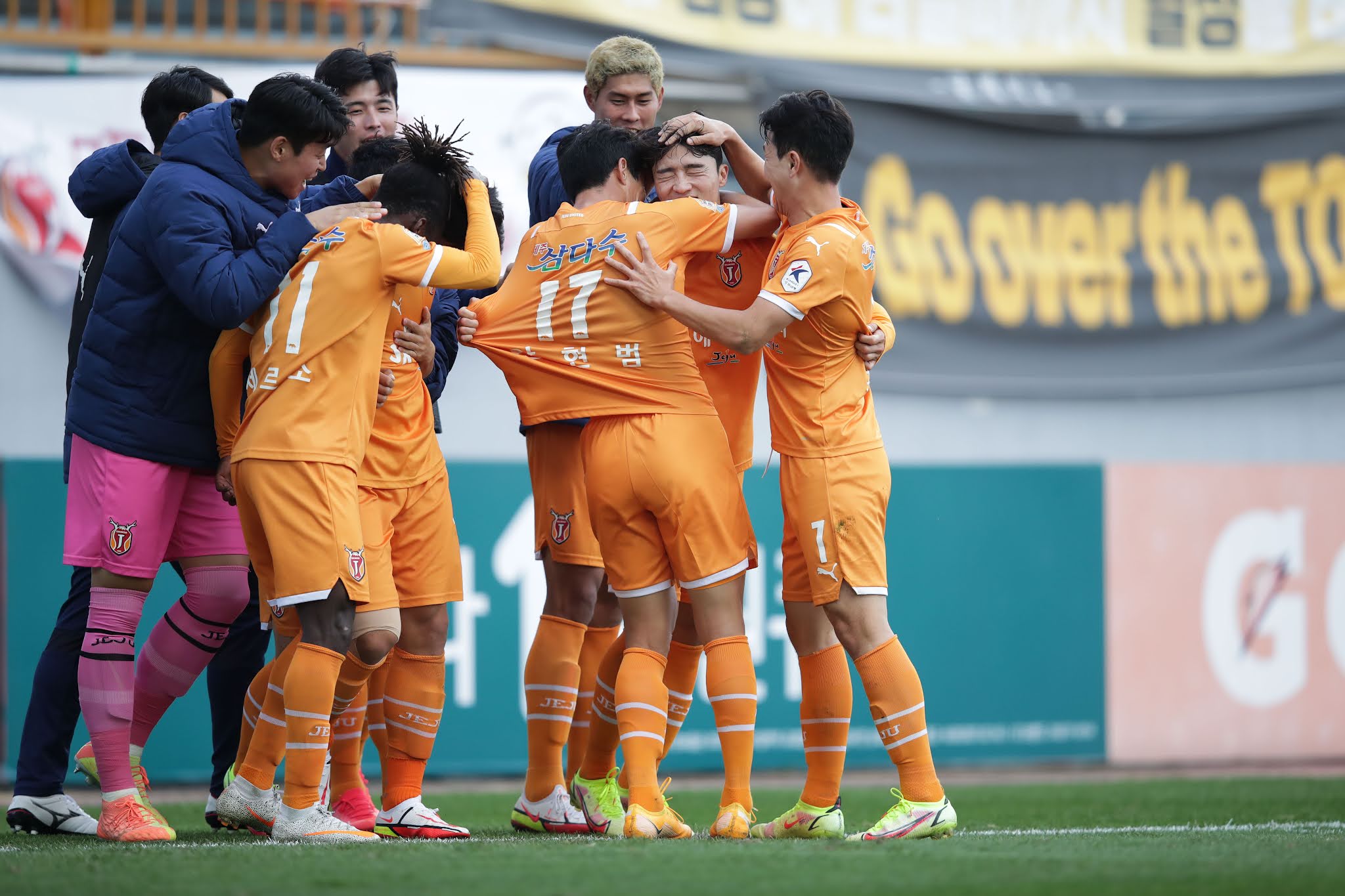 Since the start of Final A, Jeju United have gone two in two with seven goals scored and none conceded. This leaves the Tangerines on a run of six unbeaten with four wins and just one defeat in their last 10 outings. Such stellar form has given Nam Ki-il and his men a shot at finishing third and in the hunt for a potential place in the AFC Champions League. Since the start of Final Round, Jeju are joint-top scorers in the whole of K League with seven, have made most shots on target with 17 and are the most shots on target per 90 minutes at 8.5. The Islanders also second for shots from outside the area but most per 90 minutes at 8.5. In addition, no player has scored more since the start of Final A than striker Jeju's Joo Min-kyu with four. Joo sits second for shots on target and leads K League 1 for goals this season with a total of 21 - a career-best in the top flight. This weekend Jeju take on title-chasing Ulsan Hyundai and will be looking for a first win over the Horangi since November 2018. 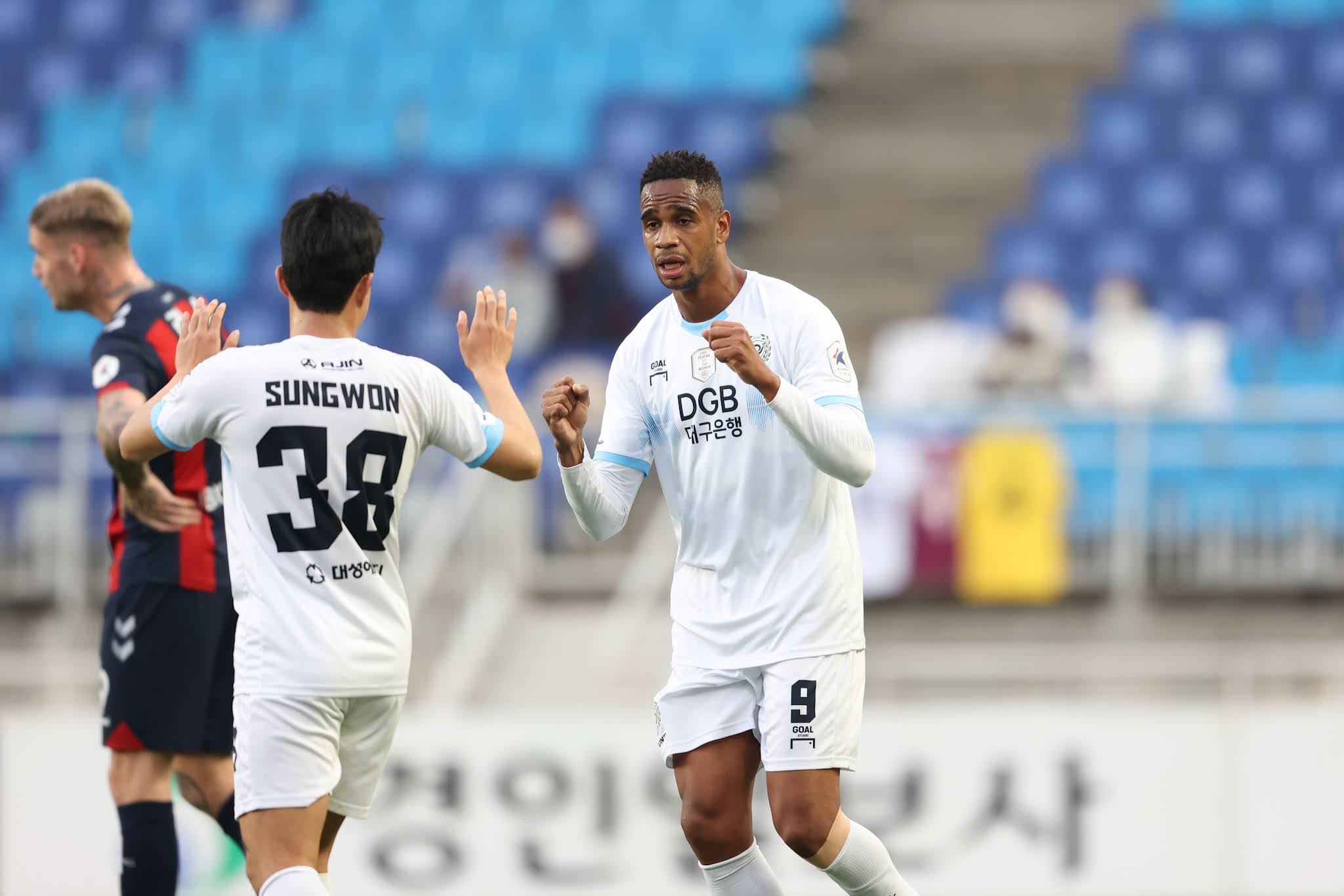 On the back of a brace last time out, Edgar Silva will be full of confidence heading into Daegu FC's fixture with Suwon Samsung Bluewings this Sunday. The Sky Blues bounced back from the 5-0 loss to Jeju in Round 34 by seeing off the challenge of Suwon FC with a 2-1 victory. That afternoon, Brazilian star Edgar struck on 20 minutes, poking home from close range after Daegu hit Suwon FC on the counter-attack. The second, and Edgar's 10th of the season, came 12 minutes later - a powerful header from the edge of the six-yard box after meeting Cesinha's corner. As well as his 10 goals, Edgar has five assists this season and ranks fourth in K League 1 for expected goals and assists at 14.58. Edgar scored winners over Suwon Bluewings back in April this year and August last year, both in 1-0 victories. Another this weekend would equal his best-ever goal-scoring return in K League, level with his 2019 tally.

K League 1 Final A Round 36 Fixtures 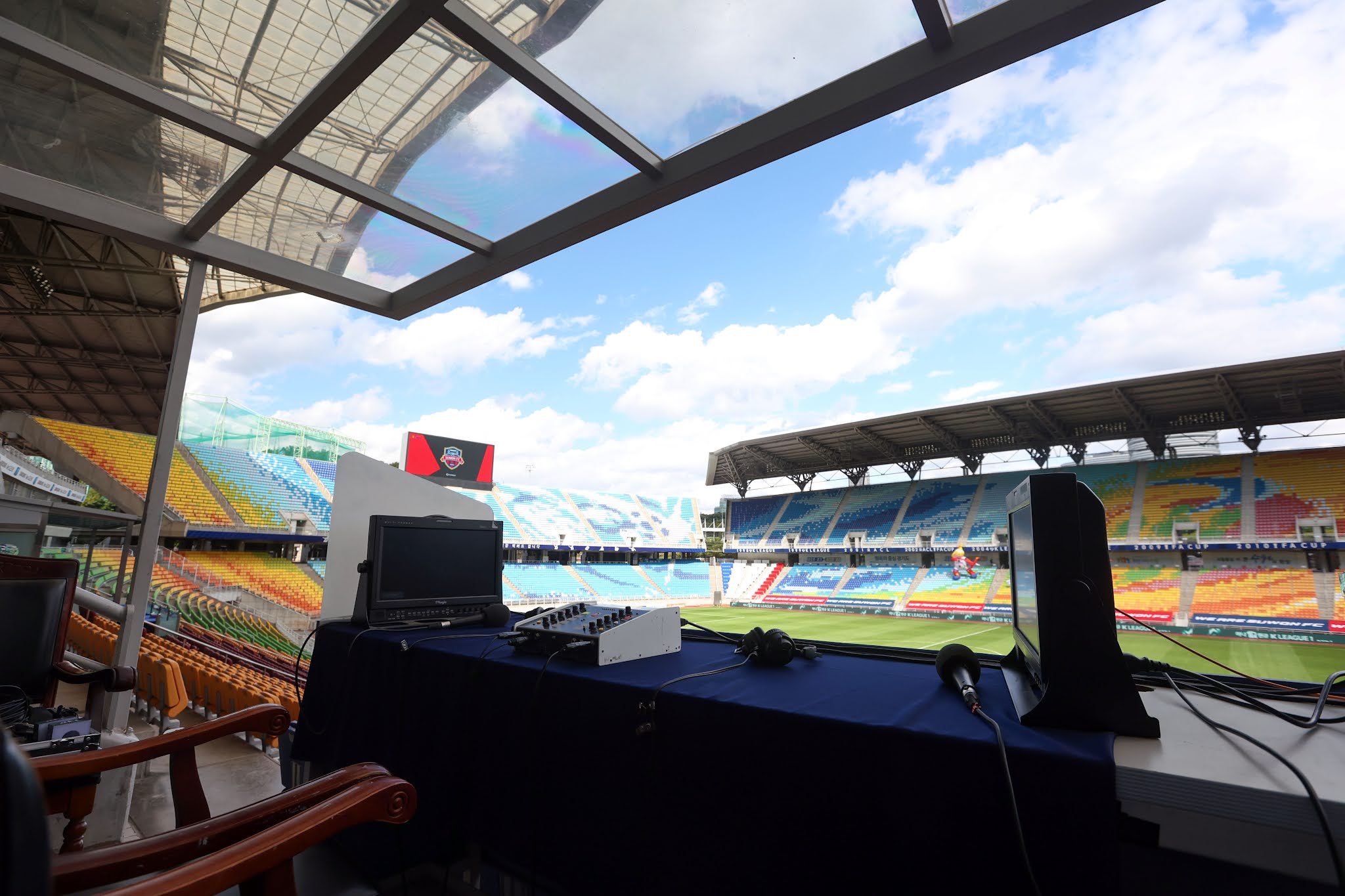 Fans in countries with K League overseas broadcasting rights can follow selected games live on television. More information can be found here.
Alternatively, the matches are also available for FREE on tv.kleague.com