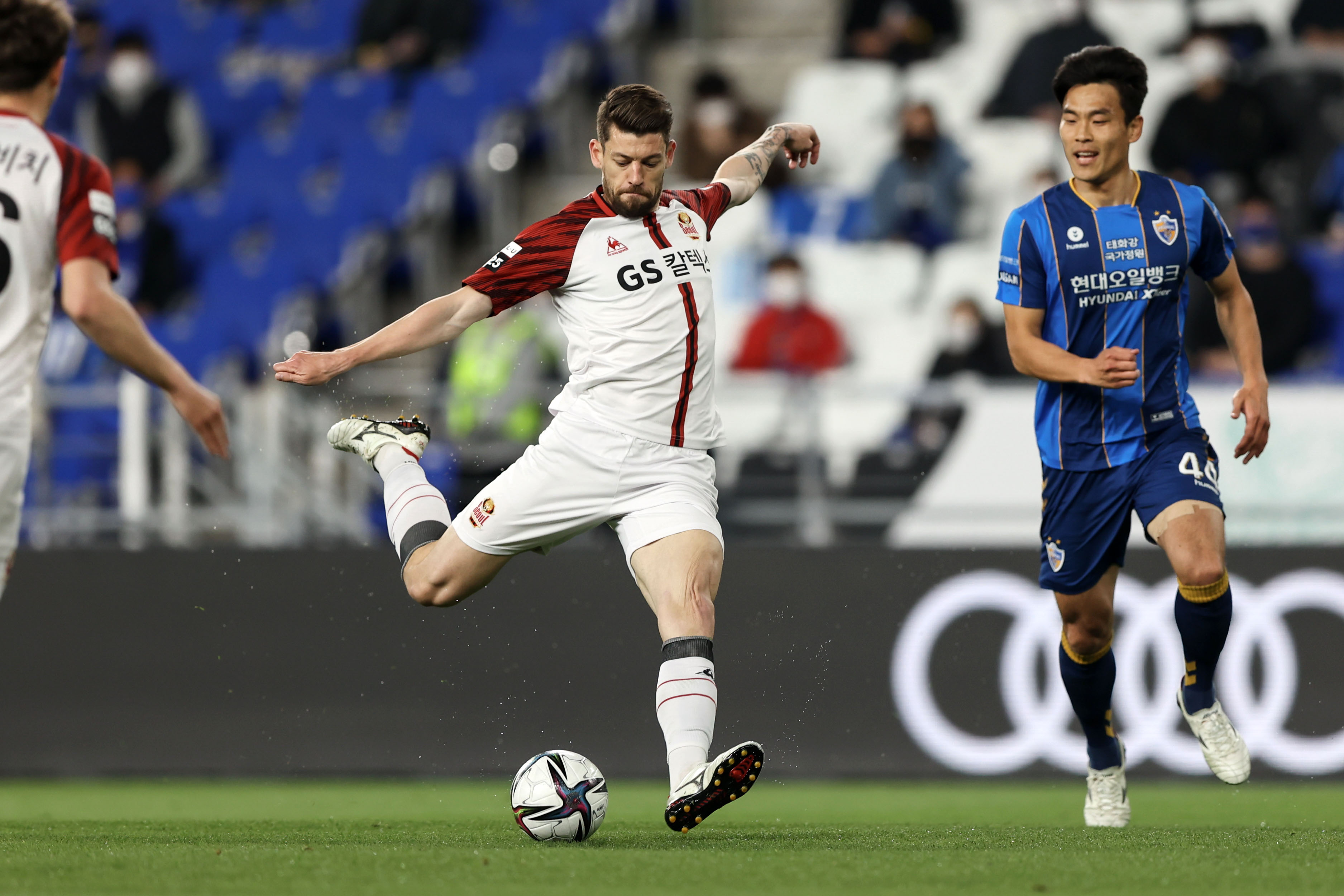 K League 1 continues into Round 5 this weekend with fixtures spread out over three days of action. Friday sees Ulsan Hyundai look to maintain momentum as they host capital club FC Seoul while Saturday sees an in-form Pohang Steelers head to the Big Bird to take on Suwon Samsung Bluewings in the hope of continuing their fine form. Gangwon FC are the team to keep an eye on this Sunday when they welcome a struggling Daegu FC yet the player to watch is Gimcheon Sangmu's Cho Gue-seung as he and his teammates head to Incheon United to round off the weekend. K League United Editor-in-Chief Matthew Binns previews Round 5. 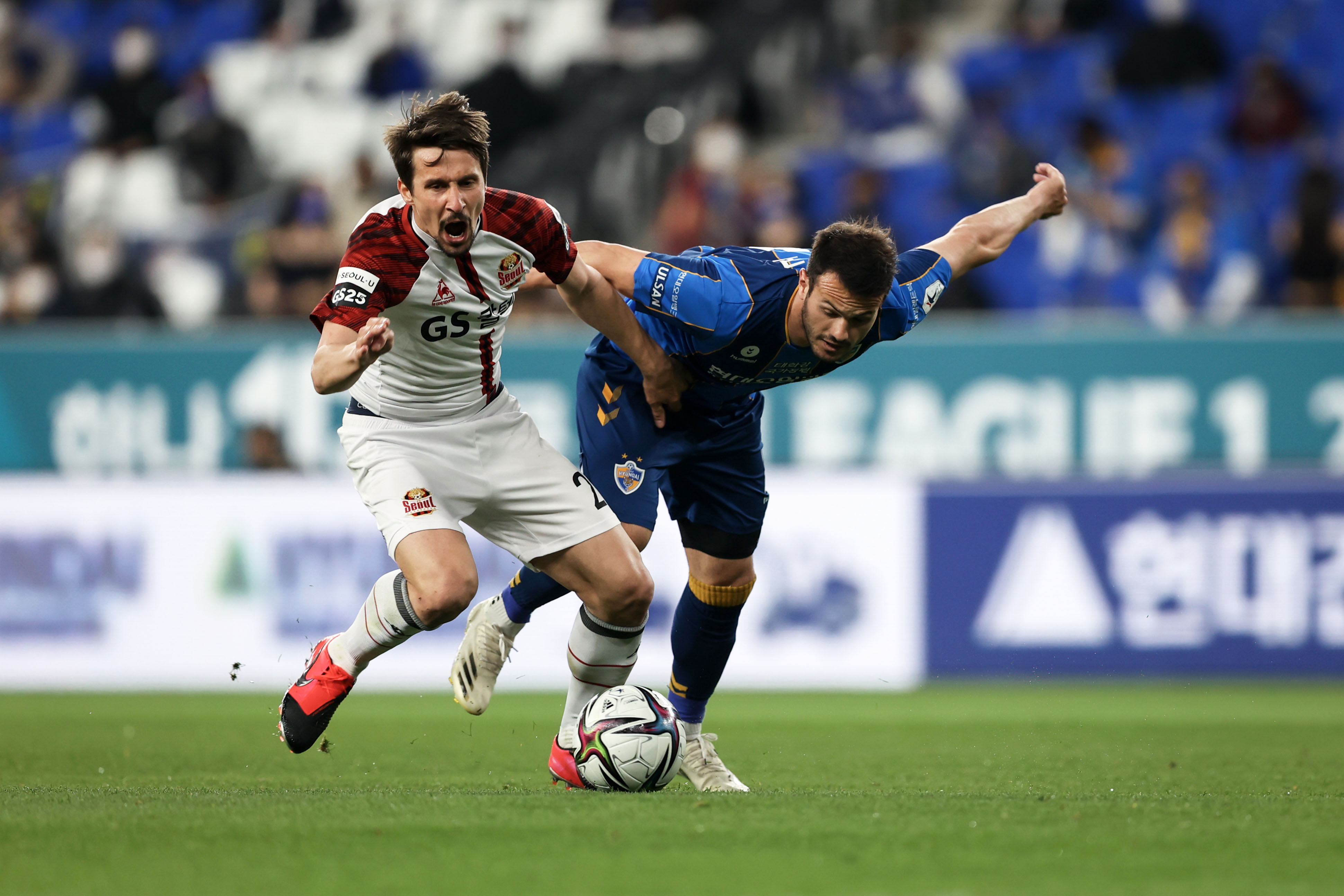 Kicking off the weekend early, Ulsan Hyundai look to build on their significant win over title rivals Jeonbuk Hyundai Motors last Sunday when they welcome FC Seoul to the East Coast. Despite some notable changes in the winter window, the Horangi moved six points clear of the reigning champions and into the top spot thanks to a well-taken effort from newly signed striker Leonardo.
FC Seoul, meanwhile, make the journey south after suffering defeat to army side Gimcheon Sangmu last Sunday. Despite having remained unbeaten for their opening three matches, a promising first forty-five minutes for Seoul was not enough to prevent Cho Gue-sung from putting them to the sword with a second-half brace.
Last season, Ulsan had the better of their capital opponents, winning once home and away in addition to drawing another. FC Seoul have to go back to October 2017 to find when they last defeated the Horangi and even further to find their last three points in the Munsu Football Stadium; a 2-1 victory thanks to Dejan Damjanović and Park Chu-young, the latter who has recently made the switch to Ulsan and could make an appearance against his former employers this Friday. 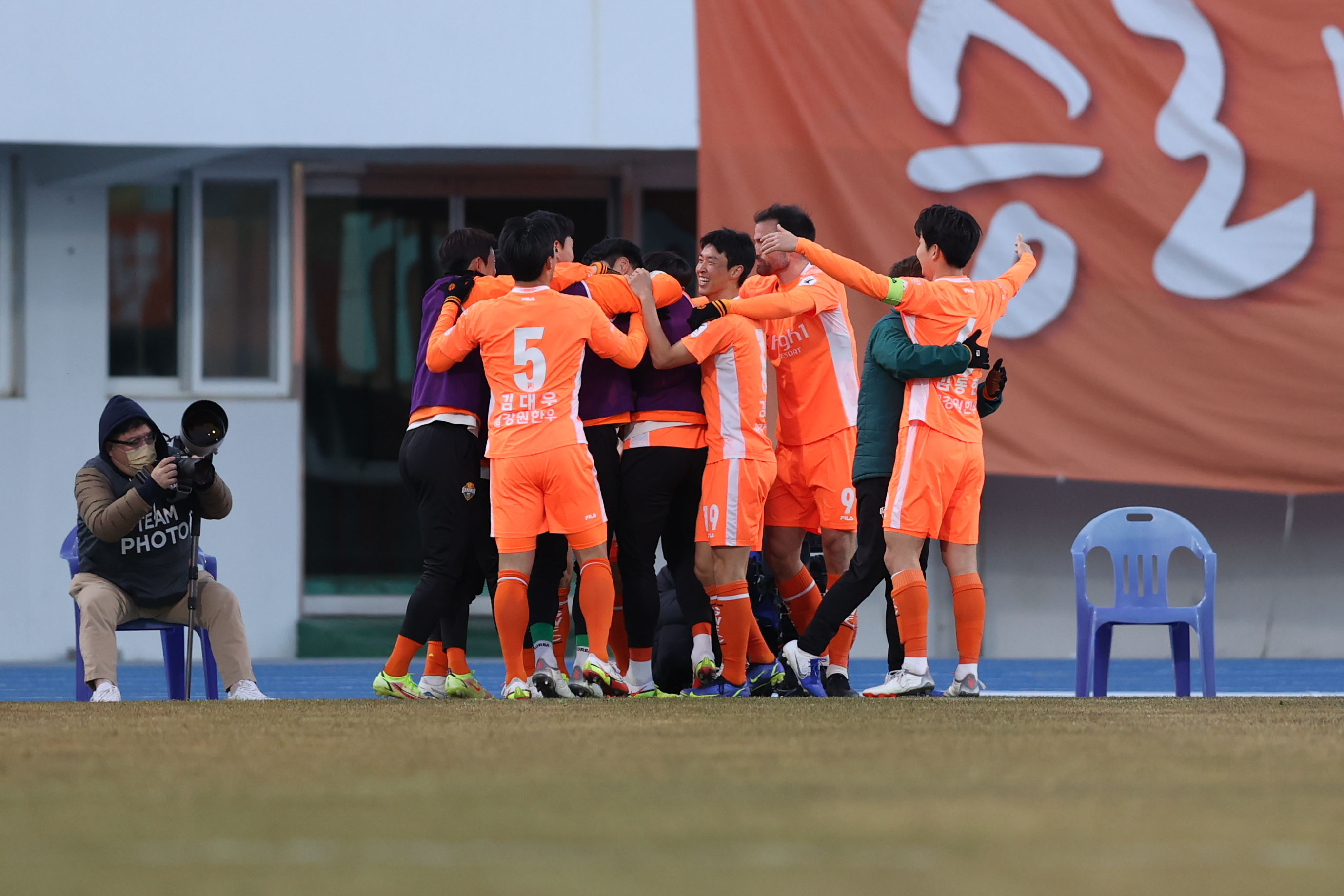 Having flirted with the prospect of relegation last season, neutrals may well have been forgiven for thinking that Gangwon could be in for another torrid time this year. However, while it is still very early into the campaign, Gangwon find themselves in fourth with two wins and a draw to their name, looking a far more trickier prospect now under the helm of the experienced Choi Yong-soo.
Round 4 saw Gangwon take Daegu FC to task, scoring two goals without reply thanks to the efforts of the recently signed Dino Islamović and forward Jung Seung-yong. This weekend Gangwon welcomes a Suwon FC side somewhat out of sorts after a difficult start to the season, not to mention contending with injuries to key personnel such as Lars Veldwijk and Murilo. It may well prove to be ideal timing for Choi Yong-soo's men to continue their excellent start and maintain their momentum. 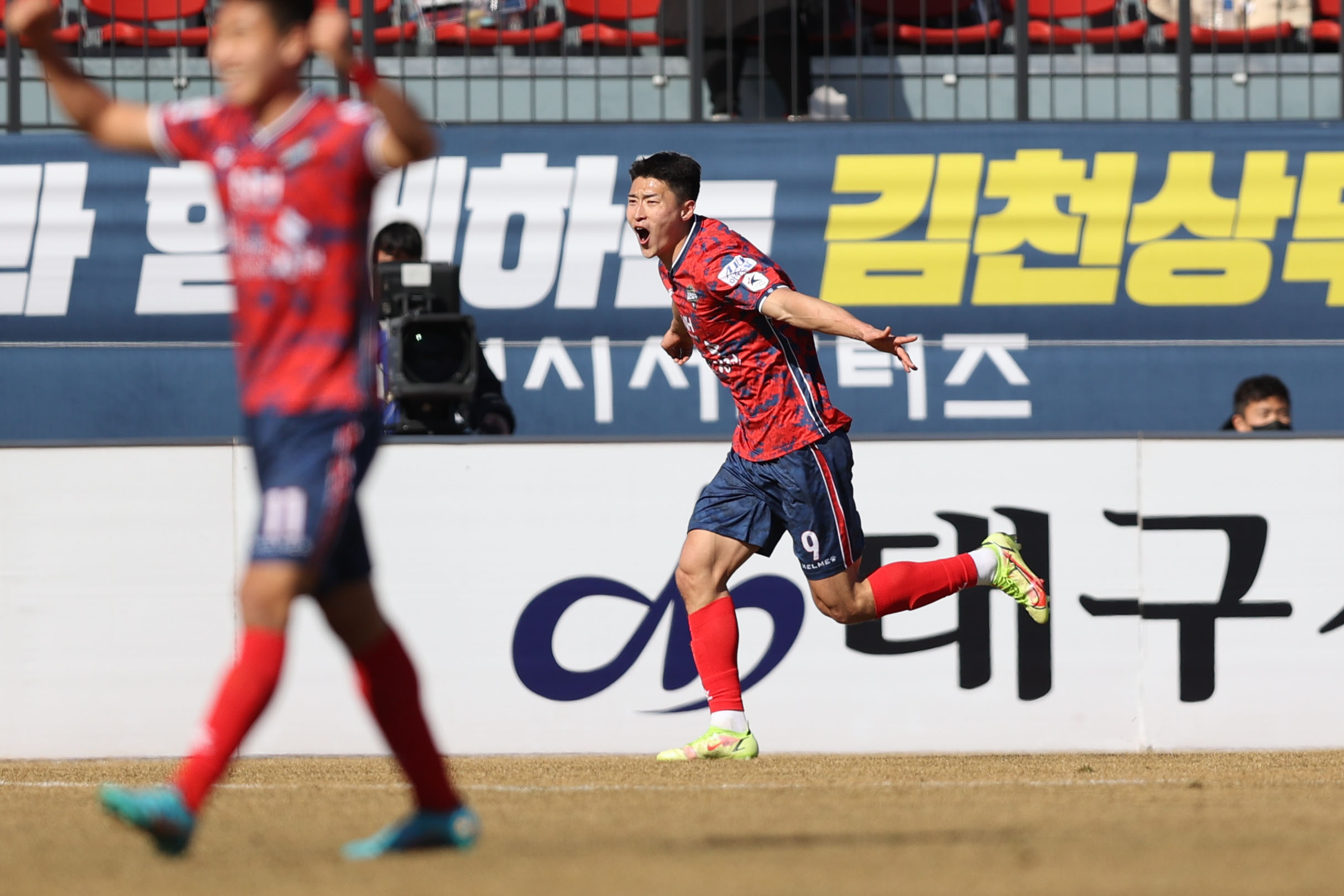 Gimcheon Sangmu striker Cho Gue-seung continued his fine start to 2022, scoring two against FC Seoul to earn his recently-promoted side all three of the points and move them into third in the table. The goals moved Cho up to three for the season in four outings, not to mention the two he scored in January while on duty for the Korean National Team. After opting to take his military service early and move to Gimcheon for the start of last season, Cho was a regular in the army side's promotion push and will be hoping this season he can continue to be a key figure in Kim Tae-wan's setup as he looks to be involved in the World Cup setup this winter. With an international break at the end of the month, Cho will be hoping to maintain his scoring start as his side travels to face Incheon United this weekend.

Daegu FC also kick-off in the earlier Friday slot, at home to Seongnam FC with the visitors continuing to look for their first victory of the season. Jeonbuk Hyundai Motors then head to Jeju on Saturday as they hope to bounce back from two consecutive defeats to get their title defence back on track. Meanwhile, late Saturday afternoon sees Suwon Samsung Bluewings play host to an in-form Pohang Steelers side 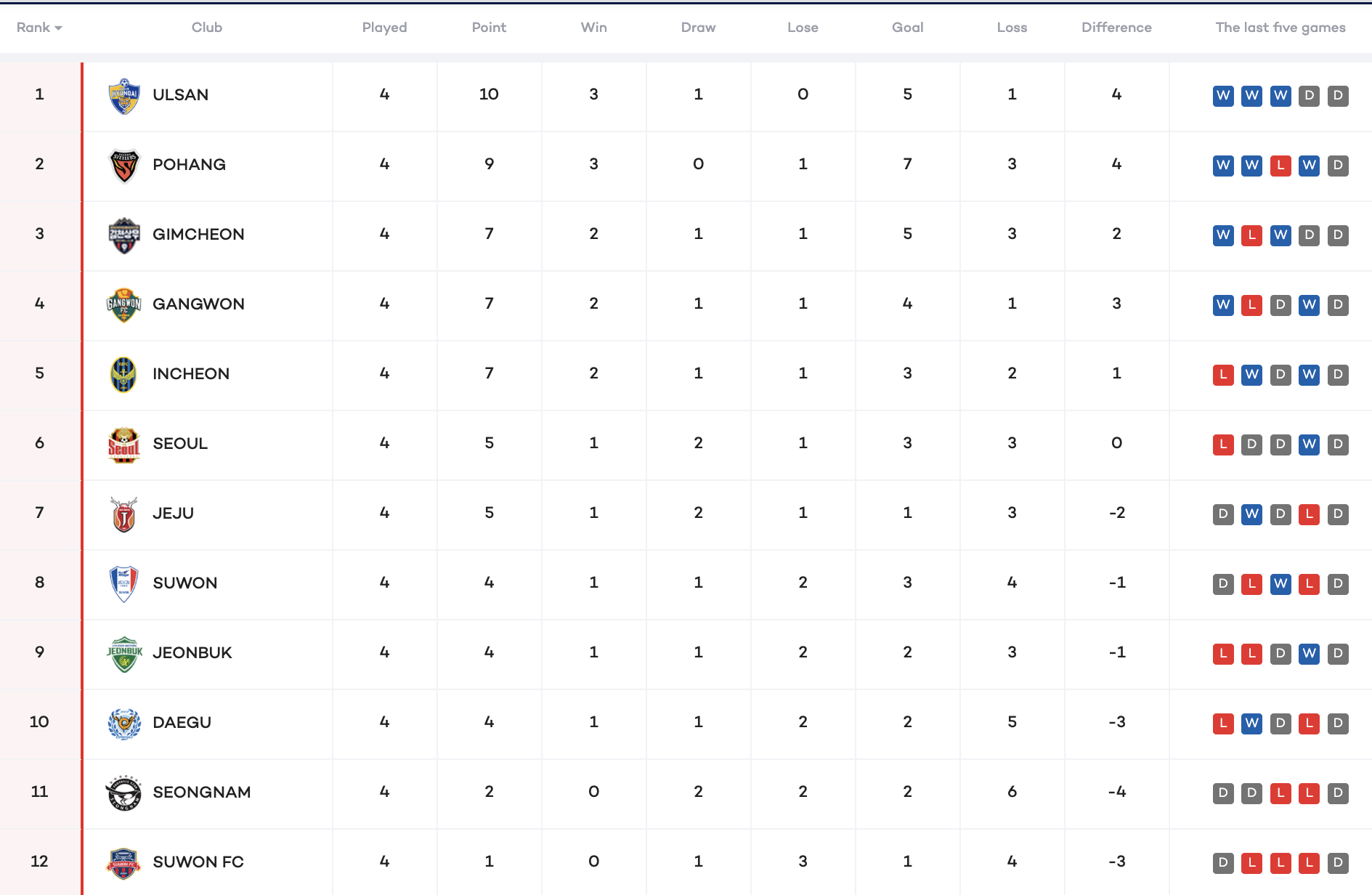 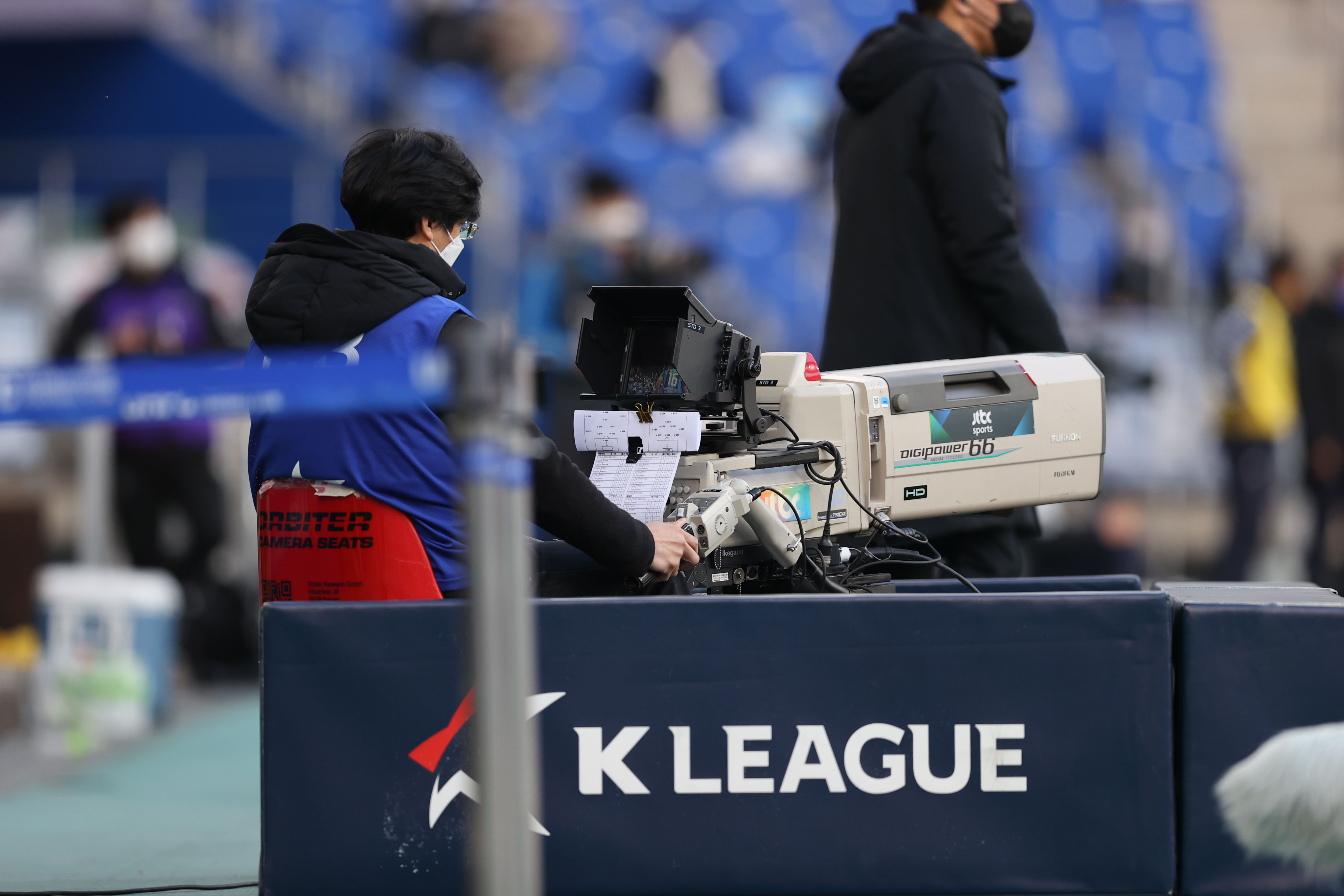