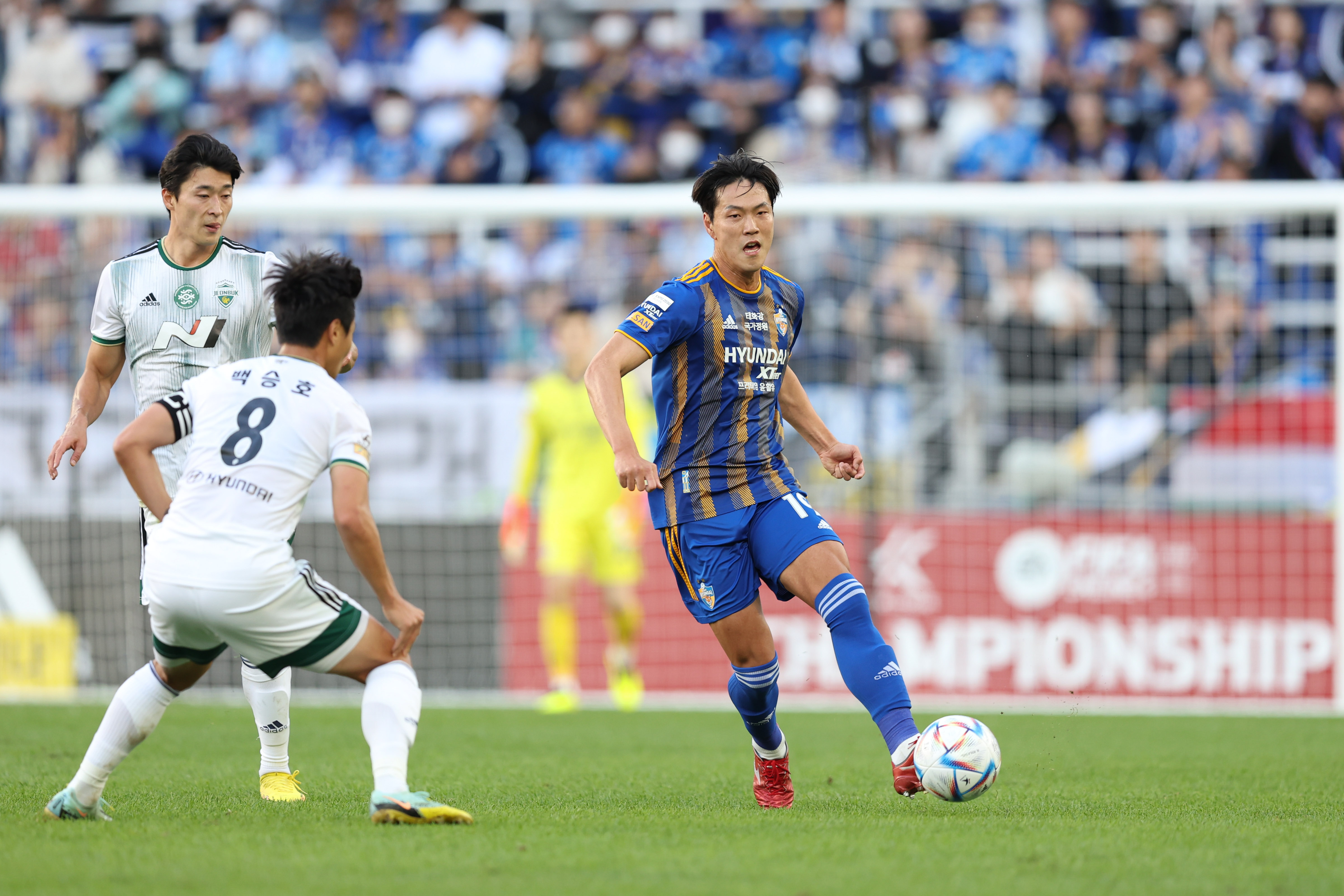 Paulo Bento has named his 26-man South Korean national team squad for the World Cup in Qatar. There are no fewer than 14 K League-based players in the final squad including 2022 title-winning defenders Kim Tae-hwan and Kim Young-gwon and goalkeeper Jo Hyeon-woo. The 2022 K League 1 golden boot winner Cho Gue-sung is one of the forward options who, along with the likes of Kim Jin-su, Kim Moon-hwan, and Na Sang-ho, are heading to their first World Cups.

The most represented K League club is Jeonbuk Hyundai Motors with six players, followed by Ulsan Hyundai with three, two from FC Seoul, and one each from Gimcheon Sangmu, Daejeon Hana Citizen, and Daegu FC.

The most-capped K League player is Ulsan Hyundai centre back Kim Young-gwon with 96 appearances for his country. Should the Taeguk Warriors make it to the last 16, Kim has the chance to reach a century of caps for Korea. For Kim, it's a third World Cup in a row having also gone to Brazil in 2014 and Russia in 2018.

Kim Jin-su is next but none of his 64 caps have come in World Cups. Hong Chul with 46 caps is third and is heading to his second World Cup.

Of the 15 selected for Qatar, seven started the 1-0 win over Iceland on Friday 11th November, including Song Min-kyu who got the game's only goal and his first for his country. Five others came off the bench.

Suwon Bluewings starlet Oh Hyeon-gyu is with the squad too to take part in training and act as a reserve in case of injury to one of South Korea's forward players.