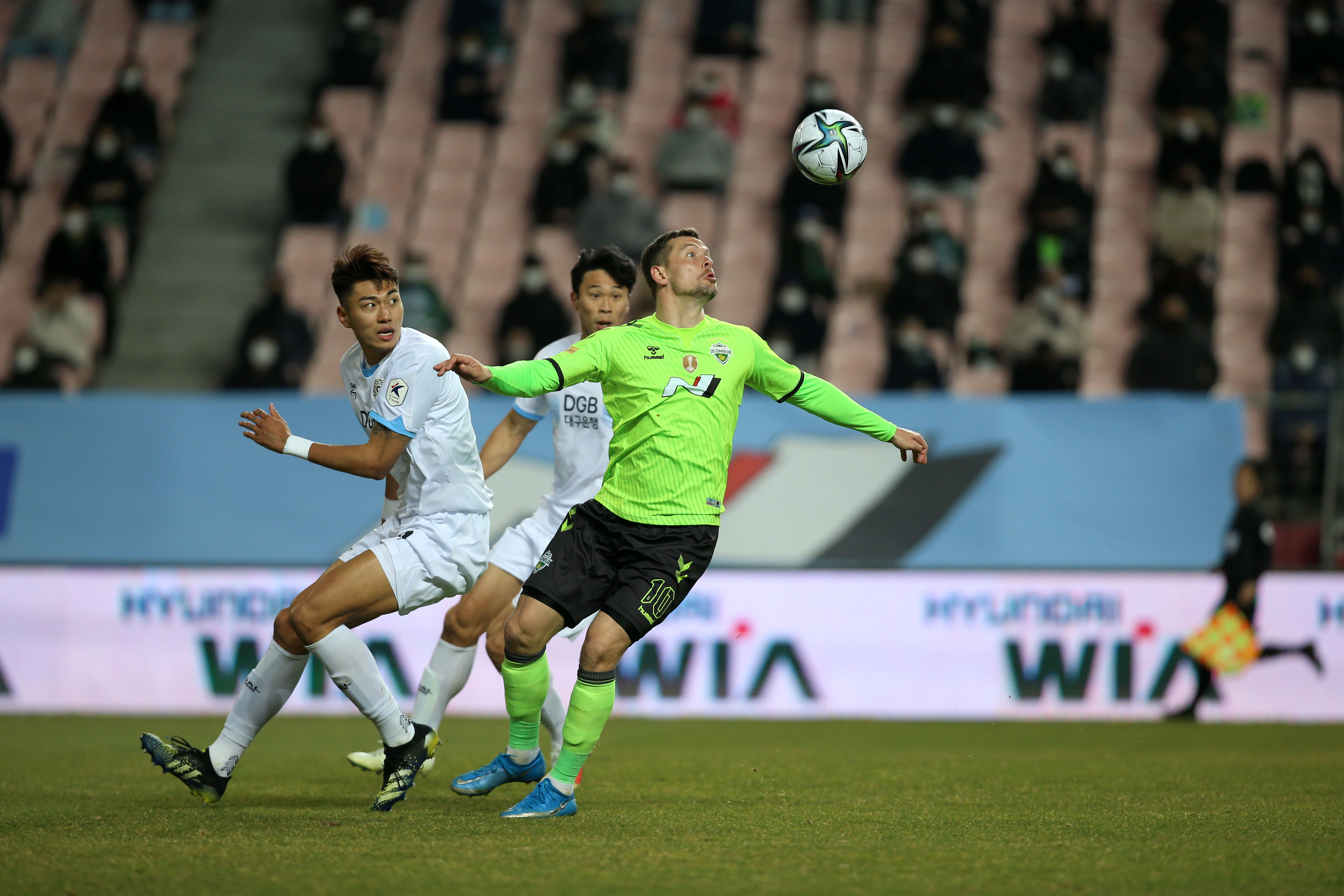 Saturday evening sees second-placed Daegu FC travel to third-placed Jeonbuk Hyundai Motors as both teams look to catch up with Ulsan Hyundai at the K League 1 summit. With both teams winless since returning from a prolonged interval, which team can get their title-chase back on track this weekend? K League United's Head of Editorial Matthew Binns previews the encounter.

Jeonbuk Hyundai Motors finally made their long-awaited return to K League action after a spell away in the AFC Champions League before then being required to self-isolate as a precaution upon return to Korea. While Jeonbuk went unbeaten in their six group matches, their return to domestic football proved to be more difficult as they fell to an in-form Suwon FC side midweek by a goal to nil. The side fielded by Kim Sang-sik saw a number of notable absentees, however, and expectations will be far higher heading into this weekend.
Daegu have also had a tricky return from similar Champions League and self-isolation requirements, first seeing them lose a lead against Pohang Steelers and settle for a point before then facing their East Coast neighbours Ulsan Hyundai midweek and falling to defeat. Against Ulsan, Daegu initially fell behind when Lukas Hinterseer converted his penalty in the 43rd minute but defender Jeong Tae-wook ensured things remained level at the break. However, Ulsan's Lee Dong-jun would have the final say, returning from the Olympics to land the Horangi the three points and inflict Daegu with the loss.

Having opted not to include their Olympians midweek despite their availability, Jeonbuk manager Kim Sang-sik will have Song Beom-keun, Lee You-hyeon and the newly signed Song Min-kyu available for selection on Saturday evening. The three had been given some time to recuperate and will meet up with the squad on Thursday. However, despite needing to field players under 22 years of age to meet the youth player quota, it seems unlikely that Kim will call on Song to make his Jeonbuk debut from the start with the youngster reportedly having struggled for fitness in Tokyo.
Other doubts include Lee Ju-young and Kim Jin-su who are both nearing their return to fitness while recently signed Sasalak is also not likely to start having not featured midweek, but could be included from off the bench. Modou Barrow, Kim Seung-dae and Kim Bo-kyung were all absent midweek with injury and also likely not to feature on Saturday, meaning Moon Seon-min will probably continue his return to the Green Warriors after military service by featuring out on the left. Finally, after coming off injured midweek, Paik Seung-ho may also be absent from the starting eleven but could still be available from off the bench.
There are also a number of doubts for the visitors, with Lee Yong-rae and Bruno Lamas potentially out for the weekend. However, there are also concerns over the fitness of Jeong Tae-wook, Hong Jung-woon and Jeong Sung-woon but they are likely to still have some involvement on Saturday. Kim Jae-woo remains Daegu's only long-term absentee as he continues his recovery from a knee injury.

While Jeonbuk has held the upper hand over Daegu historically speaking with 27 victories to nine in their 45 meetings, this year has seen them win an encounter each. Jeonbuk won their initial meeting back in March 3-2 thanks to goals from Lee Sung-yoon and a brace from Stanislav Iljutcenko but Daegu would claim victory in May thanks to a late Cesinha effort.
[READ: K League 1 Round 23 Preview]

Stanislav Iljutcenko's Turn to Shine?
Jeonbuk manager Kim Sang-sik has been spoilt for choice in attack this season with two high profile strikers in Gustavo and Stanislav Iljutcenko to choose from. Kim has often opted to rotate these two on a near game-to-game basis but opted for Gustavo to start midweek after the Brazilian performed well while on Champions League duty, scoring seven goals in six games. Iljutcenko has not faired badly either, picking up four goals in Asia's biggest club competition but hasn't found the net in his last five league outings, seeing him slip to third in the goalscoring charts where he remains with nine. With a start likely at the weekend, not to mention scoring twice when these two sides met earlier this year, could Saturday see Iljutcenko take the headlines?
Daegu's Defence Continues to be Full of Young Promise
Despite having conceded three times in the two matches since returning from the interval, Daegu have built a reputation for solid defending this season, with goalkeeper Choi Young-eun keeping a clean sheet on eight occasions, only bettered by Ulsan's Jo Hyun-woo with nine. The goalkeeper has his defence to partially thank though, with members of the Sky Blues' back line featuring highly in the league's defensive statistics.
24-year-old Jeong Tae-wook, who has recently returned from the Olympics, is top for interceptions in the division in addition to being the most successful in the air. Furthermore, Jeong's 23-year-old centre-back partner Kim Jae-woo has made more interceptions per 90 minutes than him and is the most successful at winning defensive duels in the division, although has arguable featured fewer times. However, what has been impressive is the sheer number of defensive duels of that of defensive midfielder Lee Jin-yong. The 20-year-old, who only debuted this season, has attempted the second most in the division and by far the highest per 90 minutes. It all points to a positive future for the club who continue to bring through and nurture exciting young talent that is able to compete with the best clubs in top-flight. Will they be able to hold the firepower of Jeonbuk once more on Saturday evening? 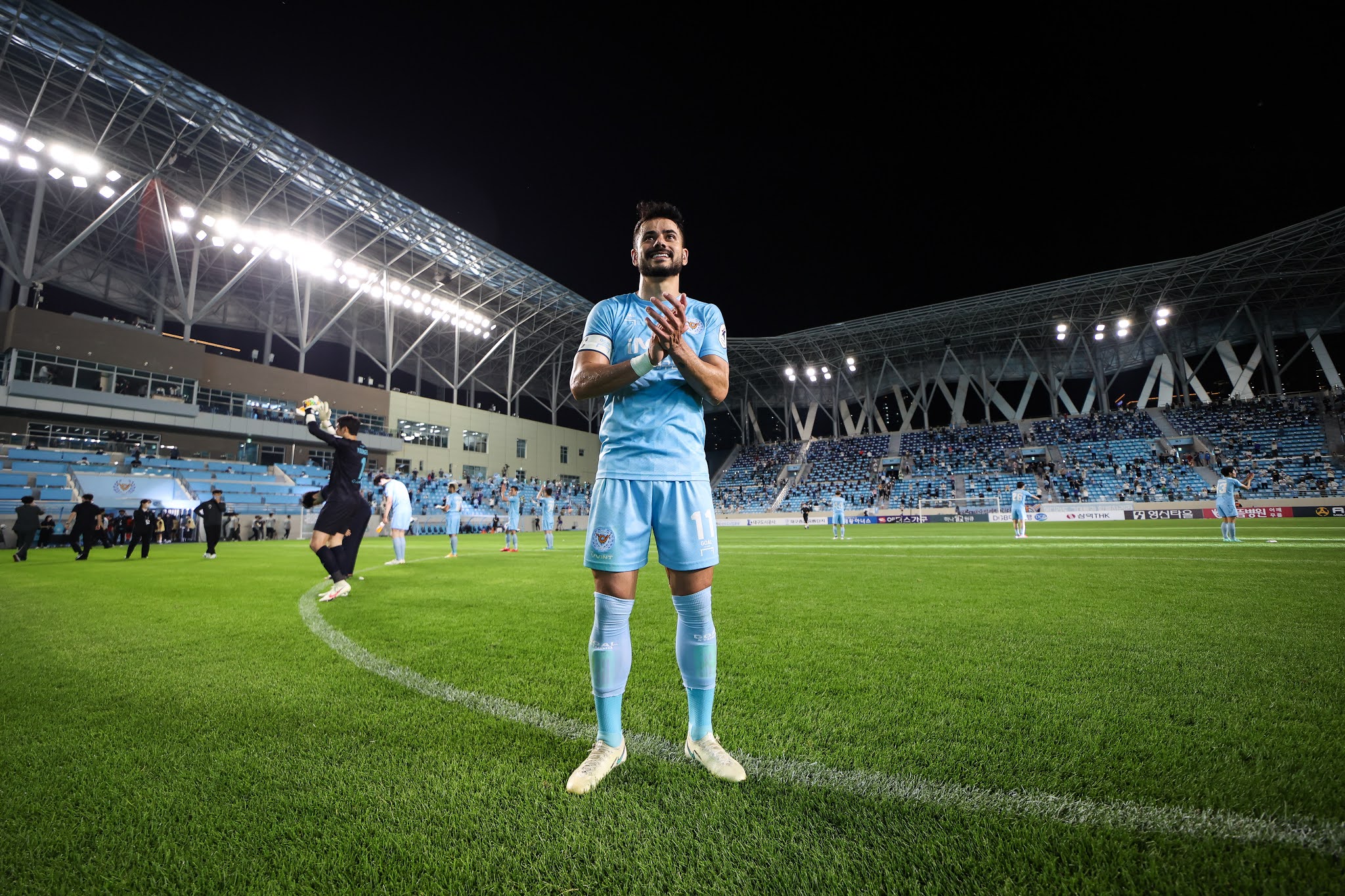 June's player of the month Cesinha is once again the most likely candidate to pose the biggest issues to Jeonbuk on Saturday evening. Two of his five league goals this season have come against the Green Warriors and the four goals he picked up in five games while in the AFC Champions League show he is a player continuing to find form. Furthermore, Daegu's captain has assisted both goals for his side since returning from the interval, in addition to three assists recorded on Champions League duty.
Having attempted to stifle Suwon FC's creativity midweek with two defensive midfielders, Jeonbuk manager Kim Sang-sik may consider trying something similar once more, particularly given the lengthy list of absentees in his ranks, in order to neutralise the threat posed by the Brazilian forward. 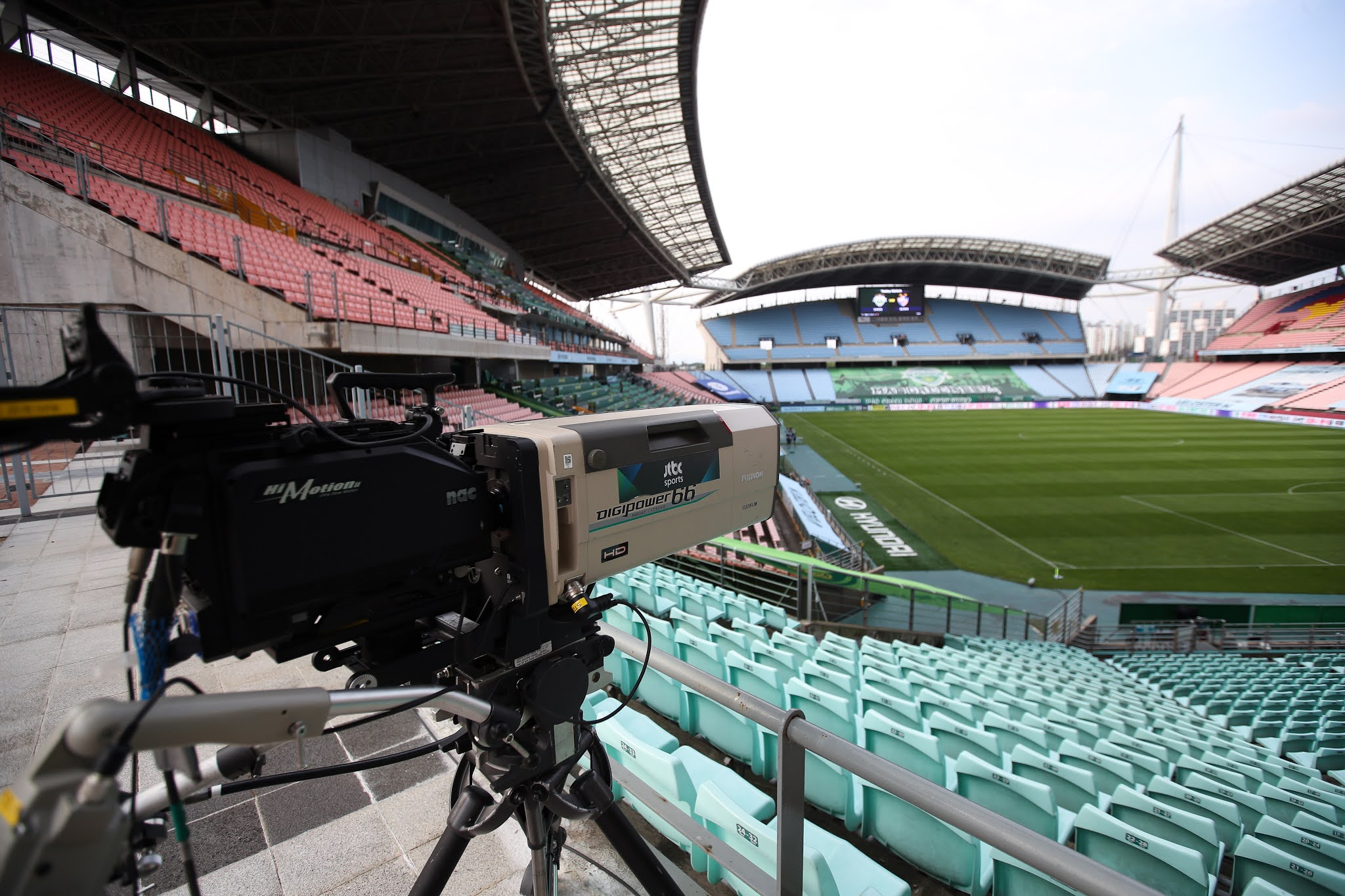