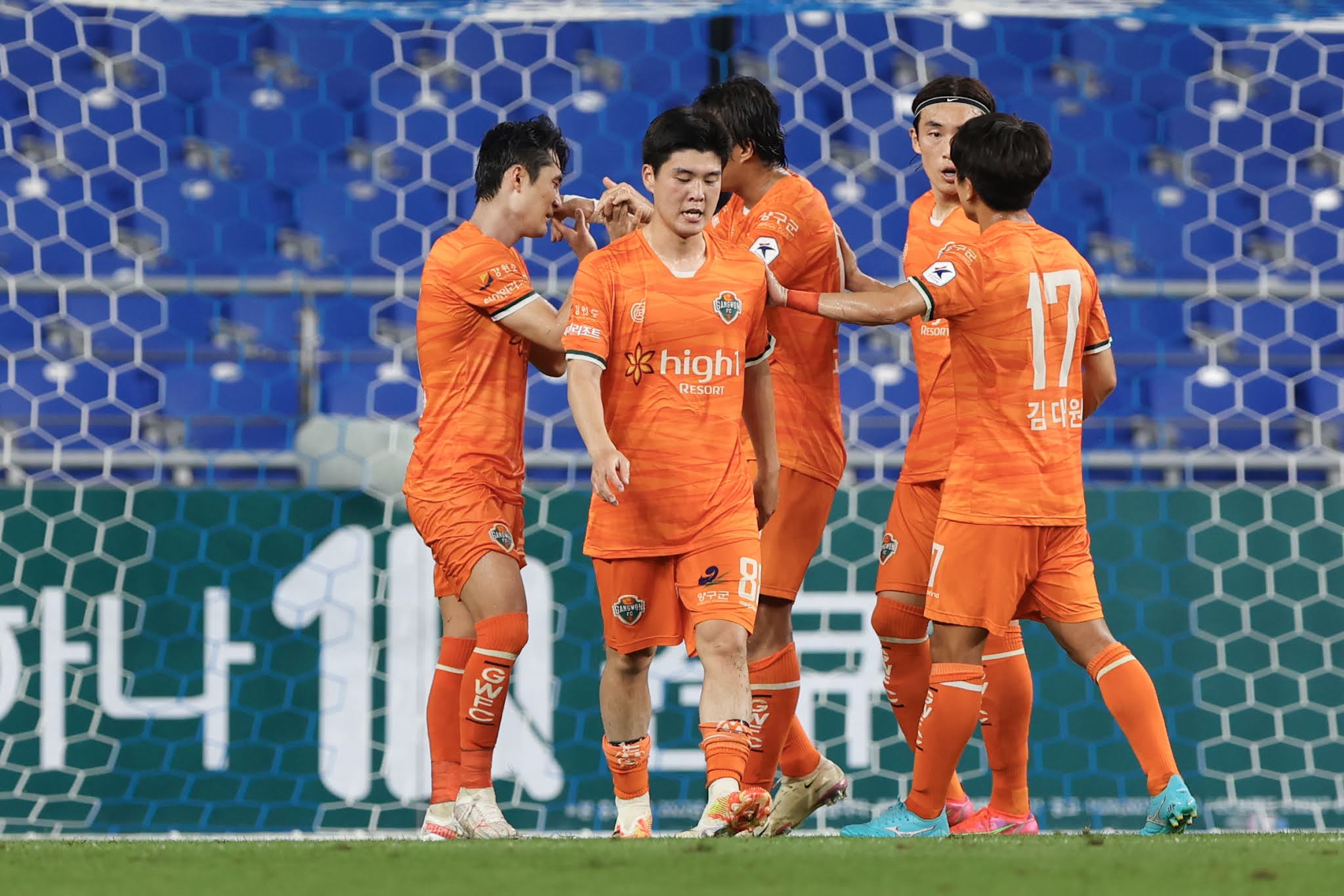 After a confidence-raising victory against Suwon Samsung Bluewings saw Gangwon progress to the FA Cup semi-final for the first time in their history, all eyes will be now shift to the visit of Daegu FC as Kim Byung-soo seeks to claim an important win The away team, who will also be the Bears’ adversaries in the final four of the FA Cup later this year, come into proceedings seeking a change to their league form after two consecutive losses, and will look to this fixture as the chance to reaffirm their Champions League ambitions.

Although results may not completely show it, Gangwon FC have largely been an improved side since the break. Even though they’ve had setbacks - the biggest of which came through a poor away defeat to bottom-placed Gwangju FC - there have been just as many important moments, such as a 3-0 win over Suwon Samsung Bluewings. After a win in the FA Cup during the week, the Bears should come into this game with confidence.

Daegu, on the other hand, have been shaky since the restart. Although their post-ACL quarantine is an obvious explanation for recent struggles, being winless in their August league games is unlikely to inspire confidence. With that being said, a dramatic cup victory in midweek may just be what was needed for the Sky Blues to get their mojo back.

Fortunately for the home side, injury issues are at a minimum. Other than the expected absence of Han Kook-young there is a clean bill of health, although the game may still come too soon for summer signings Matija Ljujić and Momchil Tsvetanov given their lack of match fitness. After heavy squad rotation in the cup game, the likes of Rim Chang-woo, Shin Se-gye and Lee Jeong-hyeop could all return to the starting lineup.

In contrast, Daegu come into the fixture with a number of issues. Lee Yong-rae, Kim Jae-woo, Park Byung-hun and Kim Woo-seok are all assumed absentees, whilst Bruno Lamas may still lack the match sharpness to feature prominently. Nevertheless, there is still a reasonably strong squad for Lee Byung-geun to choose from.

The visitors tend to have the upper-hand in this fixture, winning in 19 of the 41 meetings between the two, and losing in 11. The most recent contest went Daegu's way courtesy of a Kim Soo-beom own goal, but after a 3-0 home victory earlier in the season, Gangwon certainly won't be going into this weekend's game short of belief.

Can Gangwon set the tone for the FA Cup Semi-final? 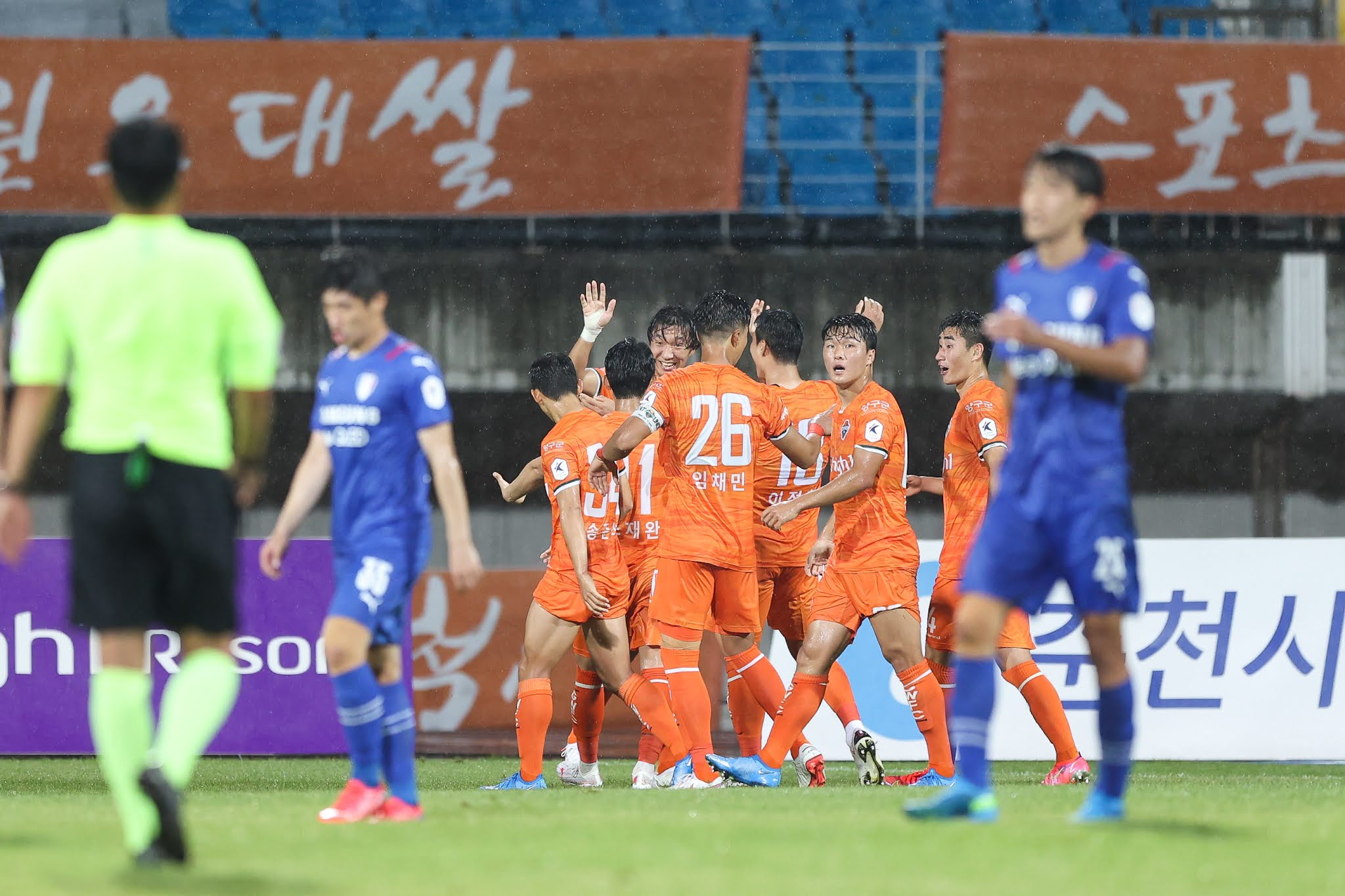 With Daegu confirmed to be Gangwon's opposition in October's cup fixture, there is no better time for the Bears to deliver a statement of intent than this weekend. Even if their league form is entirely unpredictable, Kim Byung-soo's men will want to ensure that they go into their first ever cup semi-final with the upper-hand on their opponents. 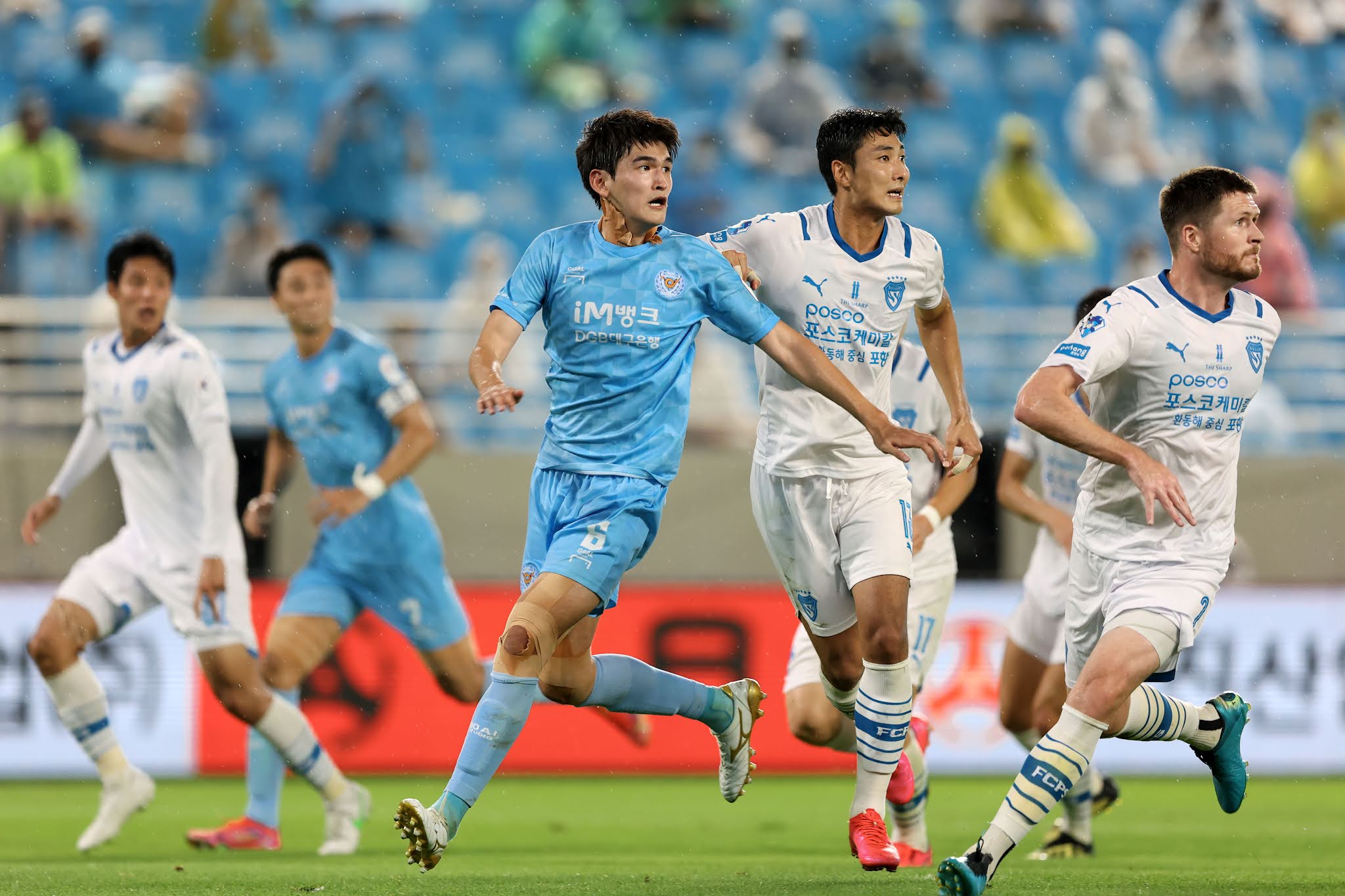 Before a disappointing defeat at the hands of Ulsan, the Sky Blues had gone 11 games unbeaten in the league. Now on a winless run of four league matches, the primary objective here has to be to get back to winning ways, even if it comes in as undesirable fashion as their cup triumph against Gimcheon. Should Daegu's key players be firing, a return to form is more than likely. 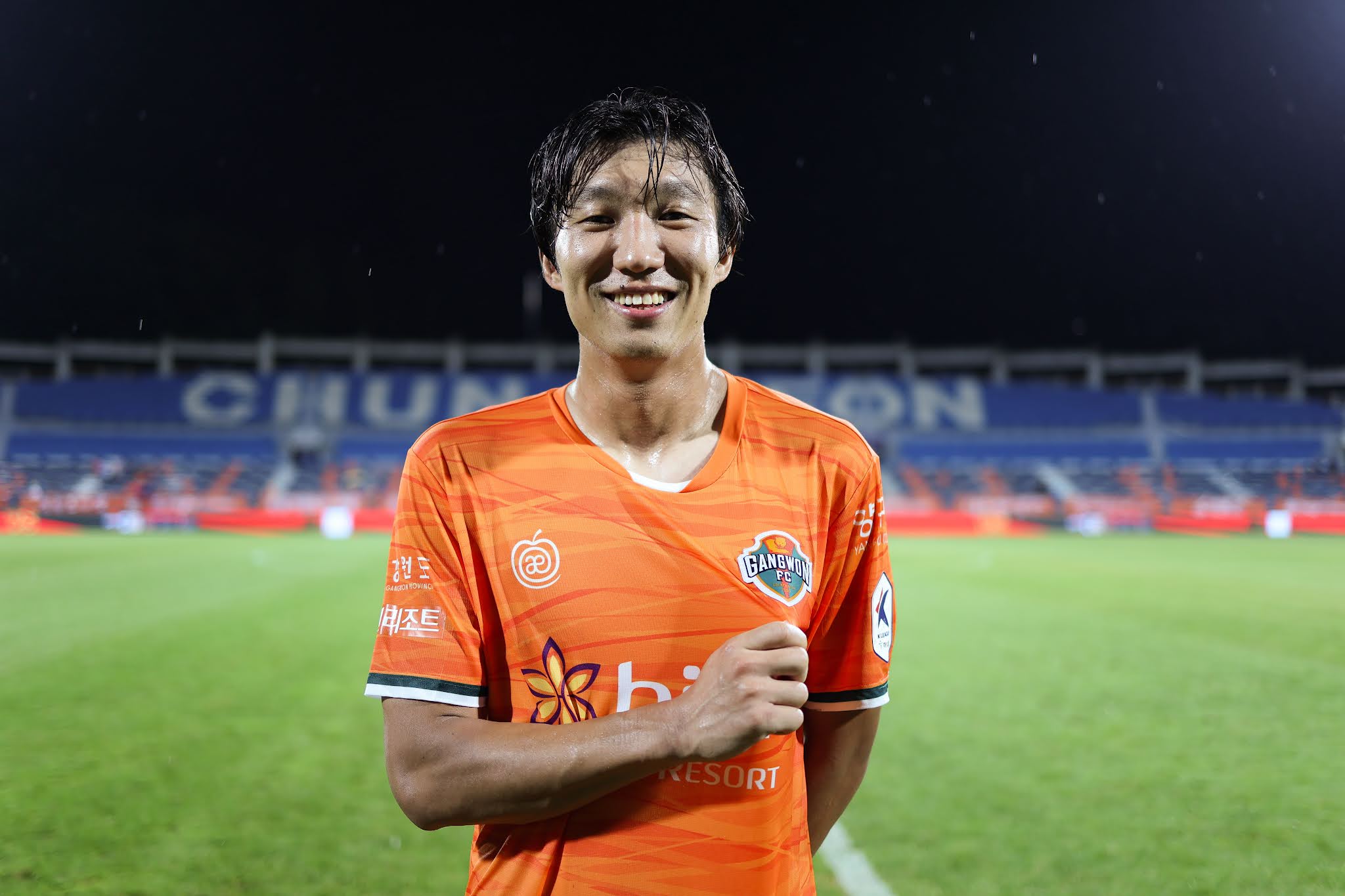 Since his return from injury, Ko Moo-yeol has been a bright spark in Gangwon's attack. Despite a penalty miss in the fixture against Gwangju, Ko's consistency has allowed for the Bears to look a lot more structured going forward, with his three goal contributions coming in handy too. On Saturday, the expectation will be for more of the same from the 30-year-old as he looks to continue his purple patch. 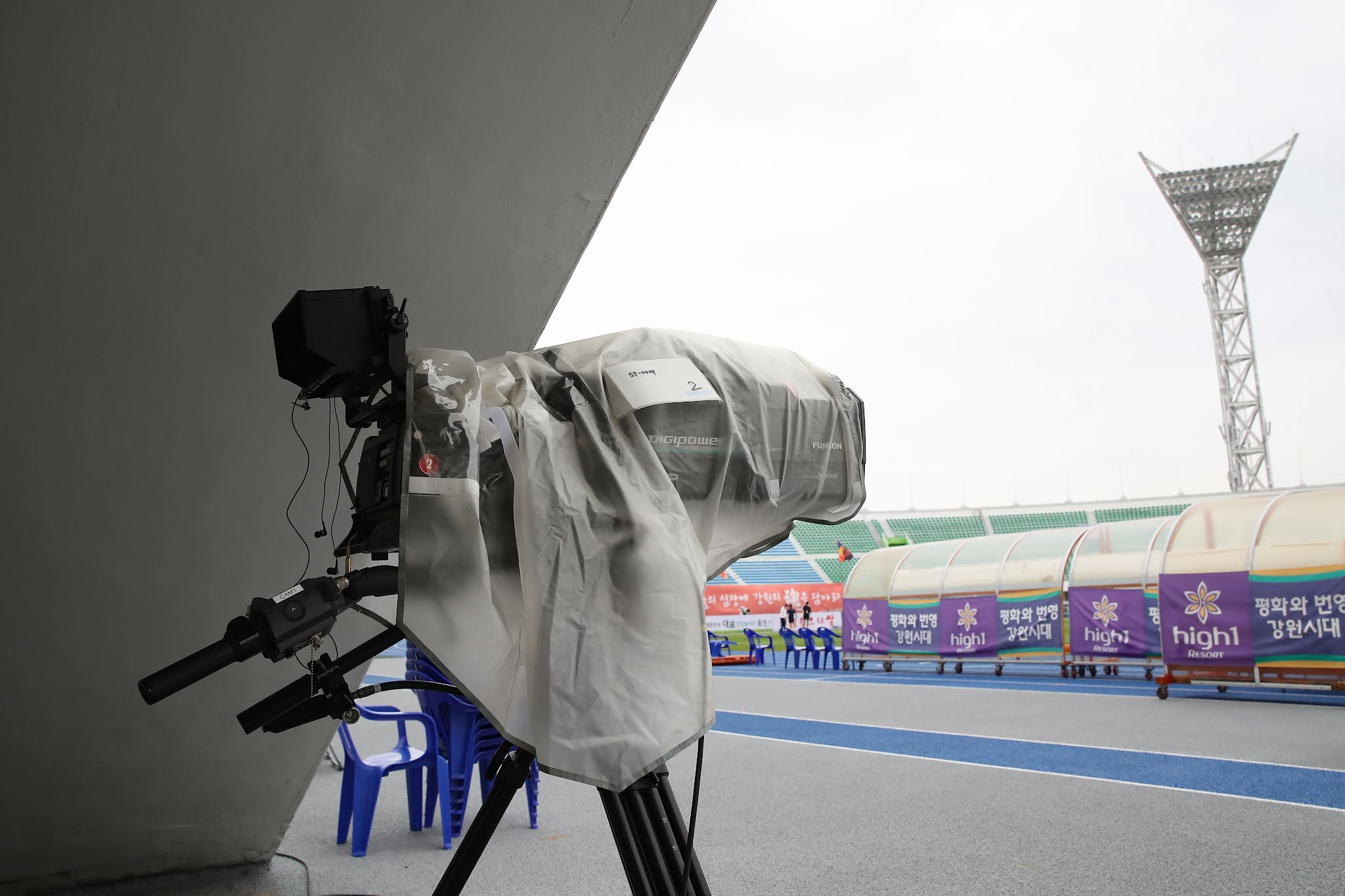 Gangwon FC versus Daegu FC kicks off at 18:00 KST on Saturday 14th August. Fans in countries with K League overseas broadcasting rights can follow the game live on television. More information can be found here.

Alternatively, the match is also available for FREE on tv.kleague.com