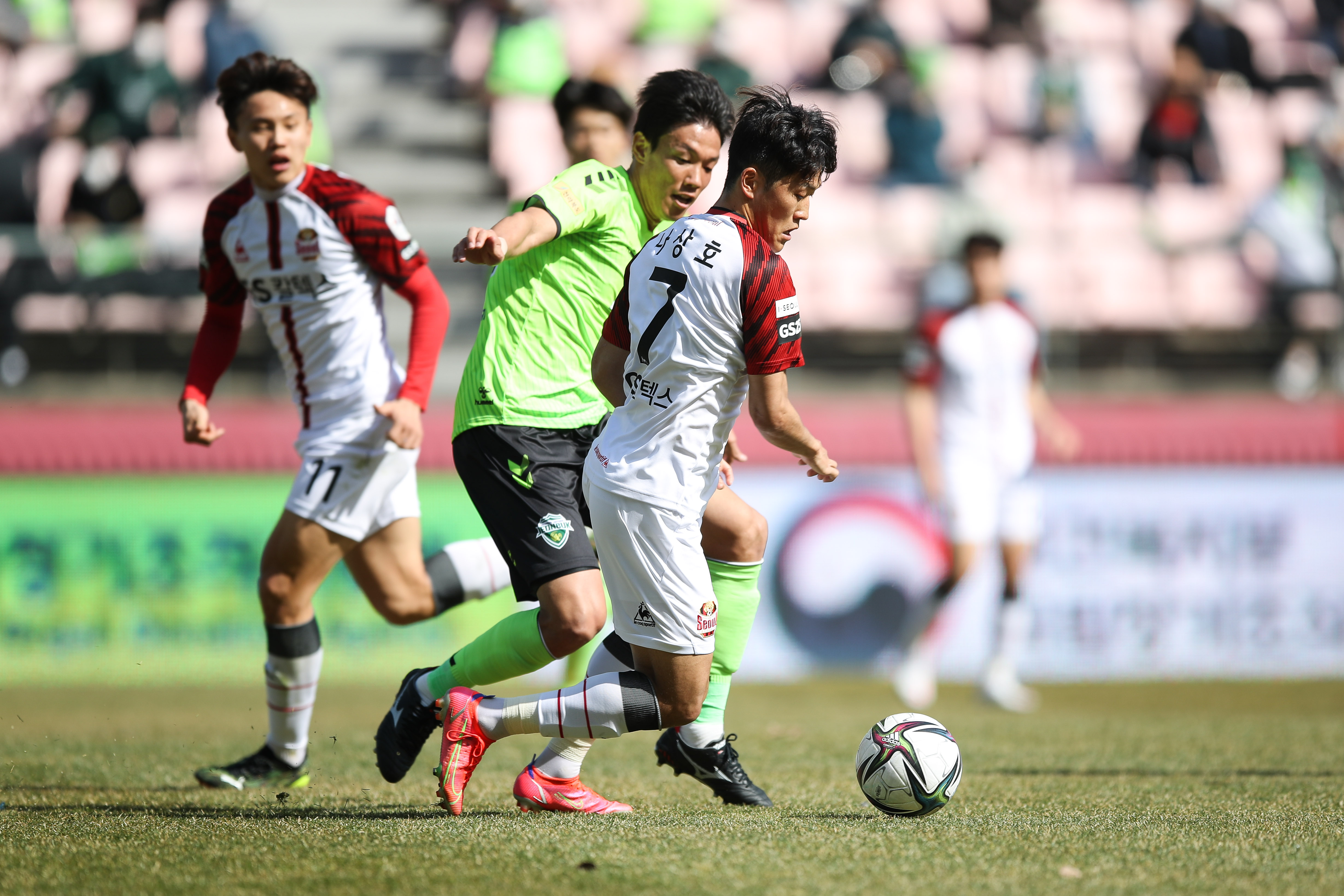 Champions Jeonbuk Hyundai Motors welcome FC Seoul to Jeonju World Cup Stadium for the second time this season as they look to maintain their pursuit of K League leaders Ulsan Hyundai. FC Seoul have not conceded in their last three outings however and have a solid away record in recent rounds. K League United editor Matthew Binns looks ahead to Sunday evening's encounter.

Jeonbuk Hyundai Motors head into Sunday's match off the back of a 3-0 home victory midweek against Gwangju FC as the side looked to catch up with a number of postponed matches. The comprehensive win, featuring goals from Stanislav Iljutcenko and Kim Min-hyeok, follows on from a 2-1 victory the weekend prior against high-flying Daegu FC and perhaps signs are showing that the Green Warriors are clicking into gear ahead of the final straight.
FC Seoul have also been finding form, however, and are now unbeaten in three as well as also having not conceded during that time. It bodes well for Seoul as they look to arrest the underwhelming start to the campaign and pick themselves up from the wrong end of the table. Last weekend saw the capital side also claim victory over Gwangju, with a ninth-minute goal from recently signed Ji Dong-won proving the difference in Sangam.

Kim Sang-sik's Jeonbuk are still without a number of key players who are in the process of returning from injury, with winger Modou Barrow, left-back Kim Jin-su and forward Kim Seung-dae being among them. Having seen improvements in performance and a couple of changes between last Saturday and Wednesday's sides, manager Kim may well have found a successful combination and could look to keep consistency by naming a similar lineup once more.
FC Seoul are also likely to make few changes to their side as Park Jin-sub looks to maintain this unbeaten streak his side find themselves on. However, Park will be unlikely be able to call on Connor Chapman, Gabriel Barbosa and Kim Won-kyun to start as they recover from minor issues but they could feature from off the bench later on if deemed fit.

Over the years, these two sides have met on 84 occasions with Jeonbuk edging Seoul by 34 to 30 victories with the rest finishing as draws. In more recent years, the Green Warriors have had the upper hand over the capital though, last losing to Seoul 13 meetings ago in 2017. These two sides last met in the K League 1 curtain-raiser with Jeonbuk finishing 2-0 victors thanks to a Kim Won-kyun own goal and an effort from Modou Barrow.
[READ: K League 1 Round 24 Preview] 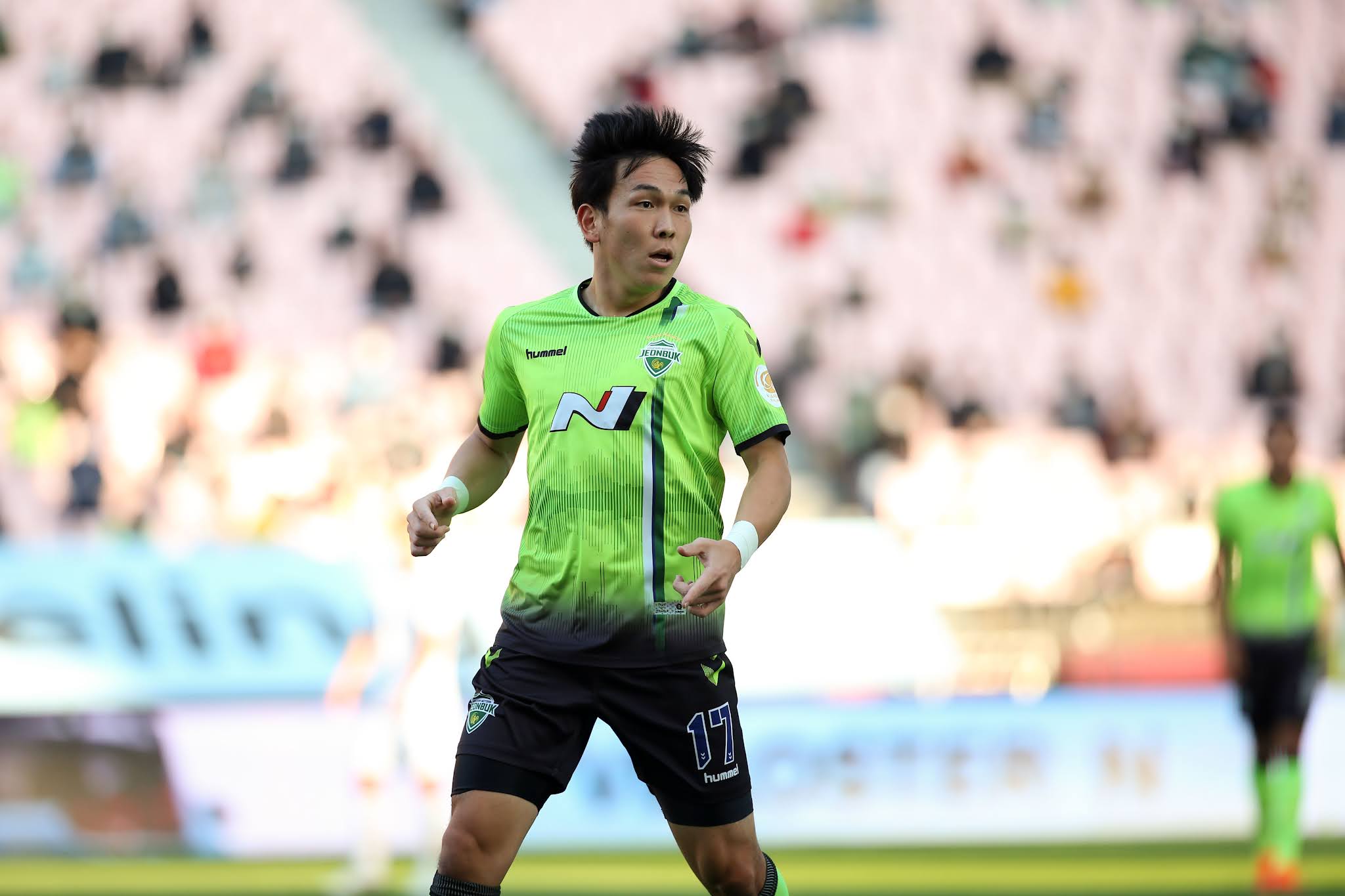 Sunday evening will mark Japanese midfielder Takahiro Kunimoto's 100th K League game having spent three and a half seasons on these shores plying his trade for both Gyeongnam and Jeonbuk. Making the move to the Champions last year was seen as a significant step in the 23-year-olds blossoming career but competition for places inevitably led to reduced minutes. It has, however, helped the young creative midfielder hone his talents in doing so.
Jeonbuk are one of the strongest passing outfits in the league alongside title rivals Ulsan and, while there are plenty of players who are ahead of Kunimoto in various passing statistics due to more appearances, when averaged out over 90 minutes the midfielder features heavily. Heading into Sunday, Kunimto is third for number of passes (70.29 per match), first for through passes (2.46 per match) and first for smart passes (Also 2.46 per match), assisting twice in his 642 minutes of K League action this season. Furthermore, Kunimoto has featured as a central attacking midfielder in Jeonbuk's last two outings from the start, rather than out wide, and has been having far greater influence on proceedings. Given the success of this shape in their recent two matches, it also seems likely the midfielder will do so once more this weekend.
Getting Away From Seoul for the Weekend 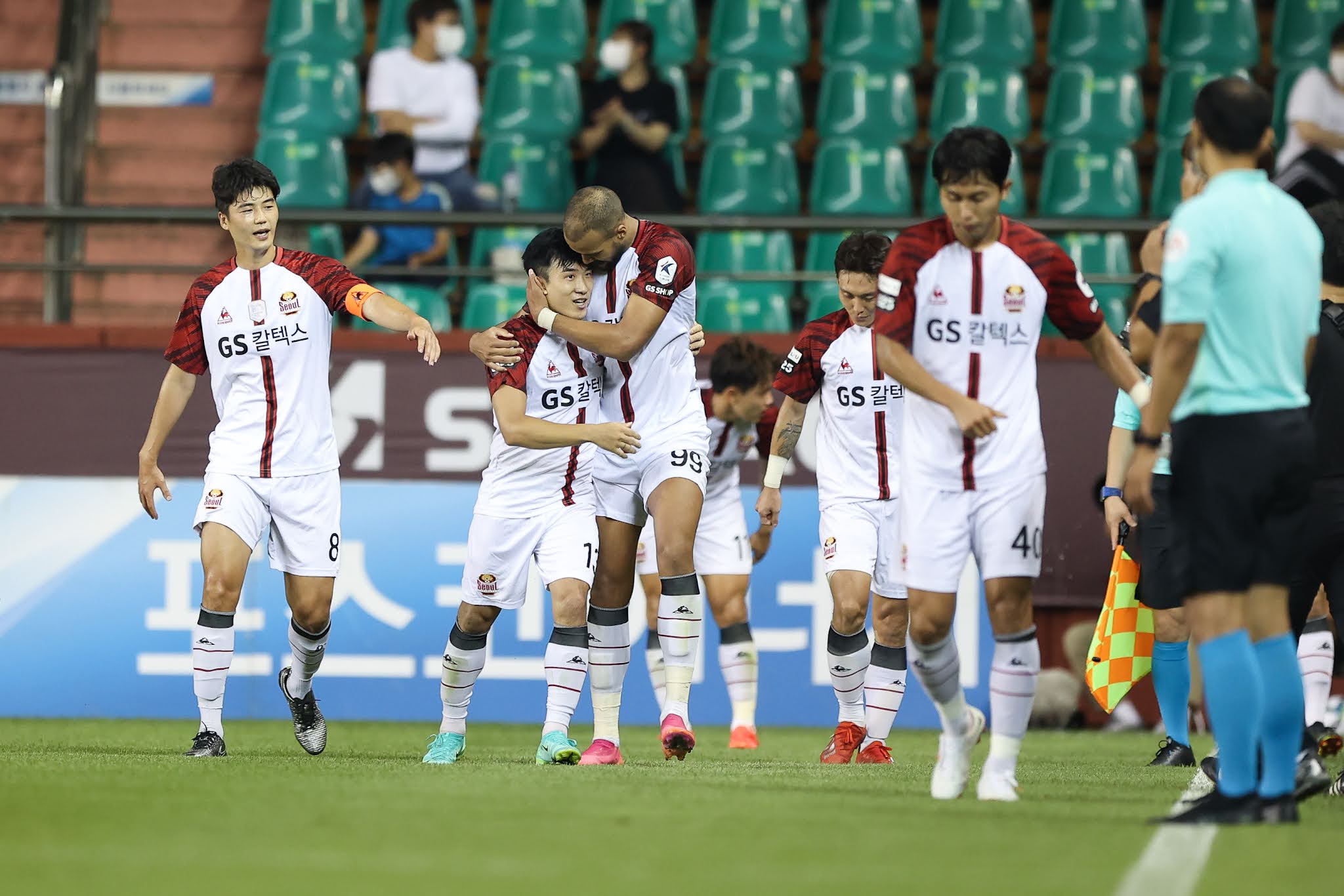 Part of rediscovering their form for Park Jin-sub's side has been ensuring that they are at least returning back to the capital with a point in hand. While four of Seoul's nine defeats this season have happened on the road, so to have half of their victories. Further to this, Seoul's last five away matches have seen them unbeaten, picking up four consecutive draws before then finding a win on their last trip away to Pohang Steelers. Jeonju World Cup Stadium has been a difficult ground to visit for Seoul in recent years, last winning there on the final day in 2016, but a result on Sunday would prove significant evidence that the team have turned a corner. 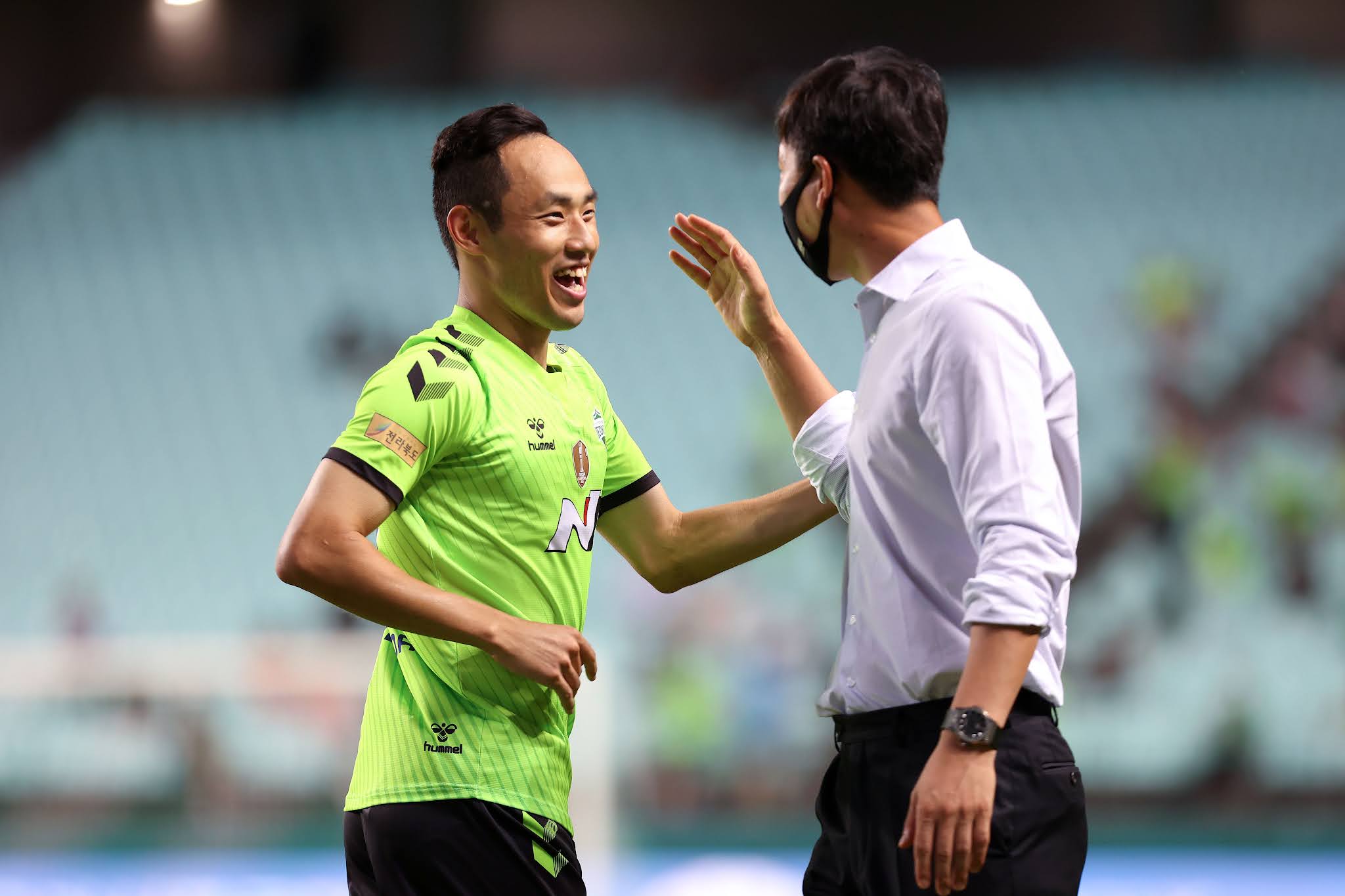 Jeonbuk's recent uptake in form has coincided with the return of winger Moon Seon-min from his military service with Gimcheon Sangmu. Moon last played from Jeonbuk in 2019, scoring ten and assisting ten also in a campaign that saw him nominated for league MVP. Just over two games back with his club and it seems he has never left, slotting in seamlessly and providing the champions with an injection of energy on the flanks. Against Daegu, Moon marked his return to Jeonju with a goal, finishing a fine counter-attacking move, and put in a performance handing him the MVP award for Round 23. Expected to start against Seoul, can Moon continue his fine return by having an influence on things this Sunday? 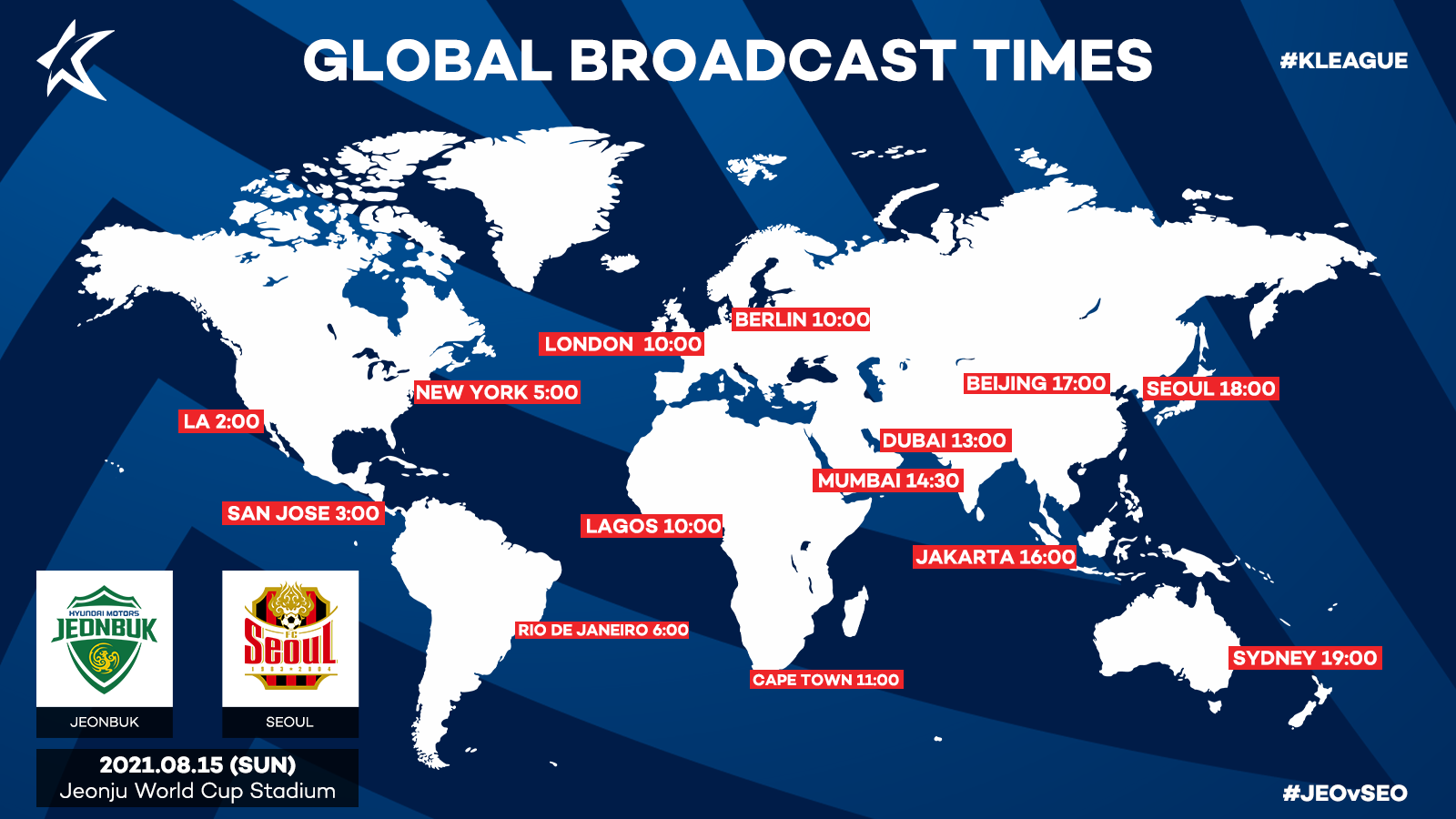