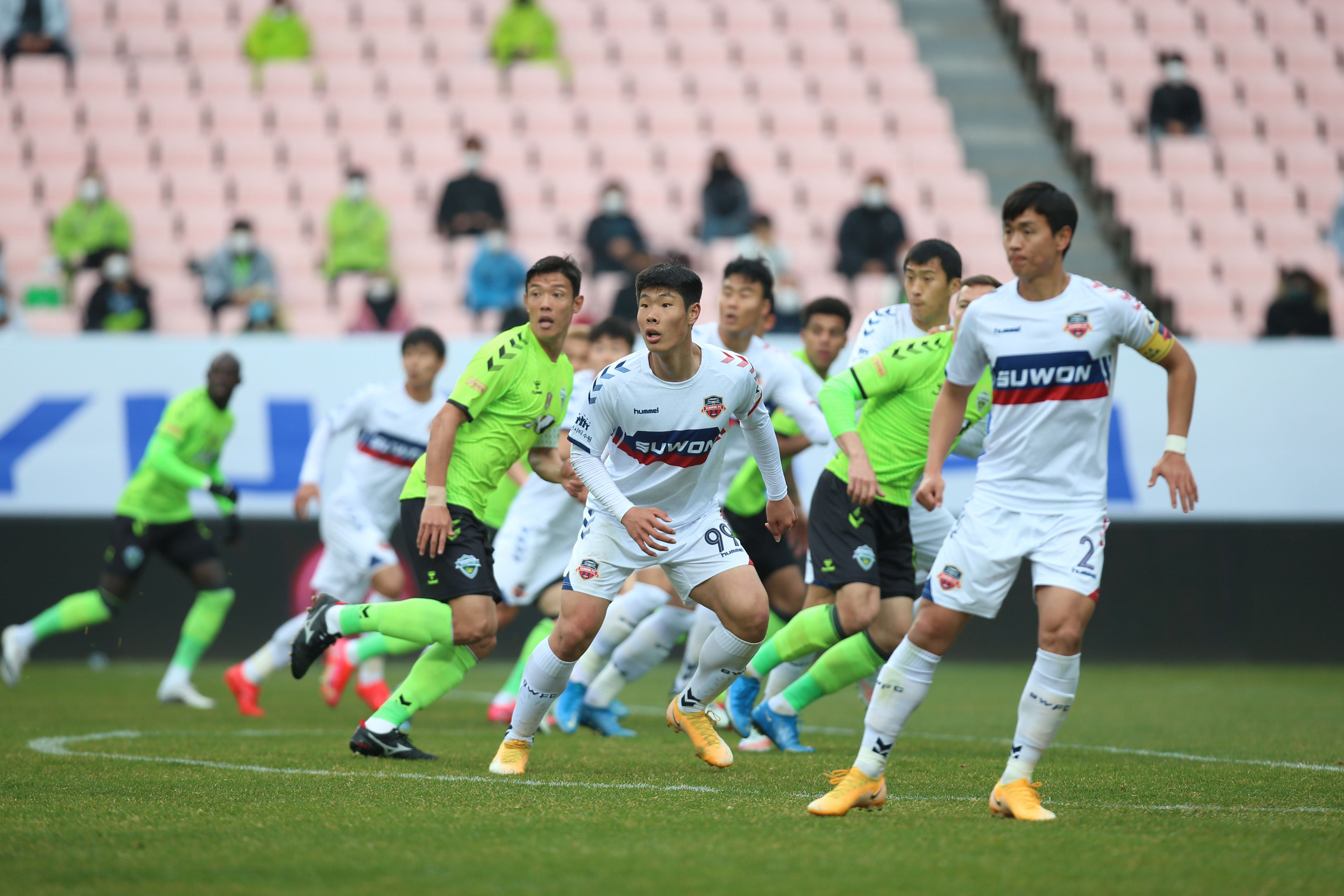 Suwon FC look to maintain their fine form when they head south to Jeonju to face a Jeonbuk Hyundai Motors side that has only dropped two-point in their last five. In a match featuring some of the K League 1's most prolific strikers at present, could fans be in for an attacking spectacle on Saturday evening? K League United's Head of Editorial Matthew Binns previews this clash.

Jeonbuk Hyundai Motors made it five matches undefeated as they saw off the threat posed by Pohang Steelers midweek by a scoreline of two goals to nil. Striker Gustavo bagged a second-half brace after being called upon to replace an injured Stanislav Iljutcenko, converting a Choi Young-jun cross before later slotting in from the penalty spot. The victory sees Jeonbuk maintain their five-point gap behind leaders Ulsan Hyundai but with two more games still to be played.
Suwon FC tasted success in the Suwon Derby for the second time this season, and the third time in their history, seeing off Suwon Samsung Bluewings by three goals to nil. Defender Lachlan Jackson opened the scoring with a superb effort, backheeling Lee Yeong-jae's cross whilst turning mid-air to catch the 'keeper off-guard before Lee himself would get on the scoresheet in the 80th minute with a powerful angled shot. Yang Dong-hyen then wrapped up the evening with a third in injury time.

After picking up an ankle injury in the midweek fixtures, Jeonbuk most notably head into this round without their top scorer Stanislav Iljutcenko after the striker was ruled out for over a month. Also taken off within the same match was central midfielder Lee Seung-gi who is not expected to feature on Saturday. Other players set not be included for Jeonbuk are Modou Barrow and Lee Ju-young who continue to recover but hopes for Kim Jin-su's first appearance in neon green since returning to club were boosted after the left-back featured as an unused substitute on Wednesday evening.
Suwon FC, meanwhile, have doubts surrounding the availability of their main creative outlet Murilo while their only other major concern is the long-term injury of Yoon Young-sun. Beside these absences, the visitors will be expected to field a similar eleven to that which sailed to victory against their crosstown rival Suwon Samsung Bluewings midweek.

Jeonbuk will meet Suwon for the sixth time in their history this weekend, having won three to visitor's two. However, Suwon FC have held the upper hand this season, claiming a draw in Jeonju back in March before then winning 1-0 at the Suwon Sports Complex at the start of August thanks to Tardeli's diving header. Only league leaders Ulsan Hyundai have had better results against the reigning champions over two meetings in this campaign, underlining just how impressive the recently promoted side have been.
[READ: "We are a dangerous team" - Lars Veldwijk Interview]

Can Gustavo carry the goalscoring mantle? 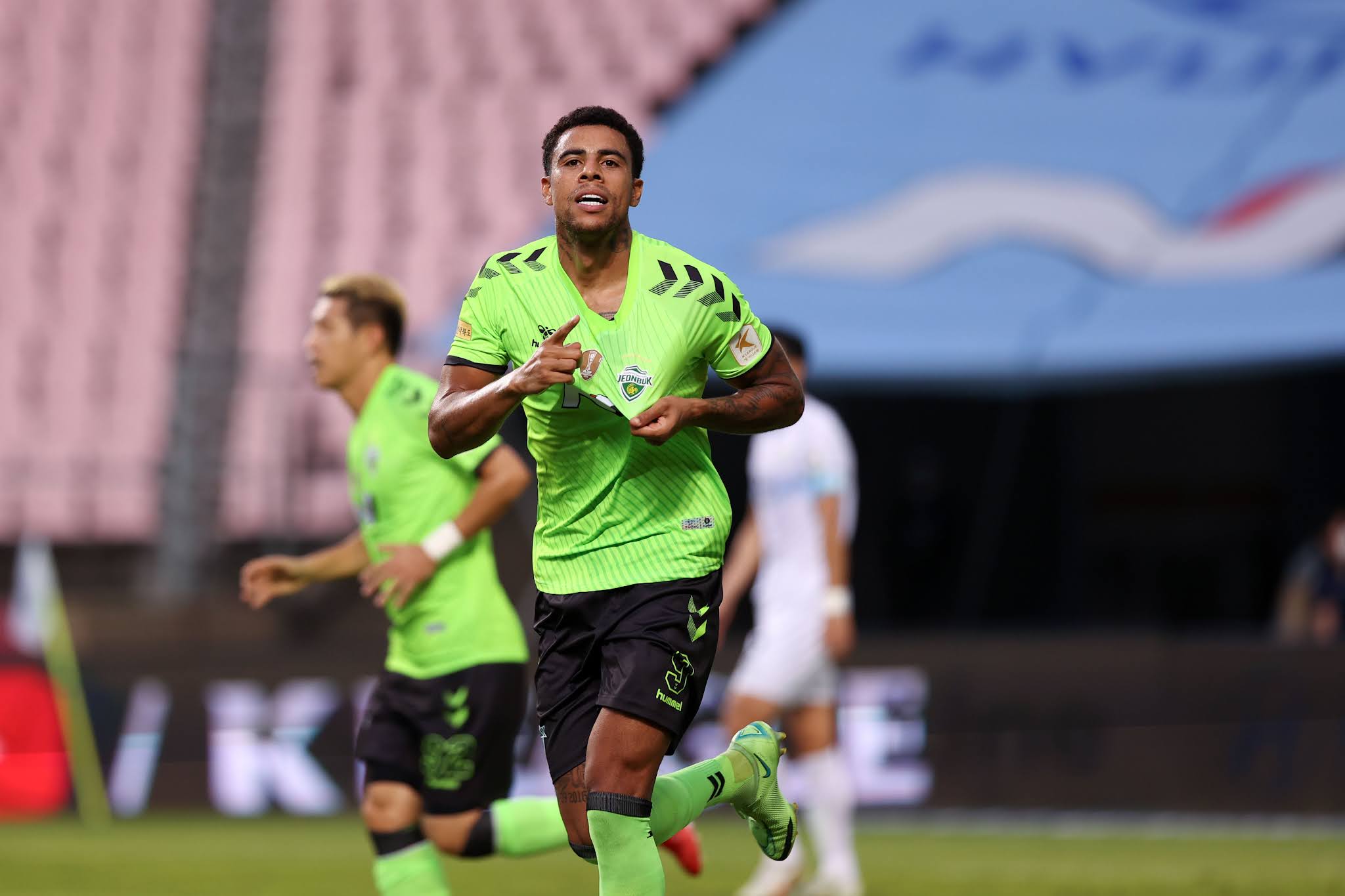 Transferring in the summer of last year to replace the outbound Lars Veldwijk, Jeonbuk's Gustavo quickly made a name for himself with a goal on his debut before a hattrick shortly after in the FA Cup. However, his start to this season was somewhat slower and, with Stanislav Iljutcenko joining the side, found himself having significant competition for playing time. Scoring in early March in Jeonbuk's win over Gangwon FC, it would take another three months and nine league appearances before the Brazilian would get on the scoresheet again. However, when he found the net in June, it opened the floodgates as he scored four in a 5-1 win over Seongnam. Gustavo would then score seven in six matches during the AFC Champions League group stages this summer, before returning back to Korea and finding the net four more times in six outings.
In addition to this, Gustavo has picked up five assists to go with his nine league goals as he continues to find form at an ideal time for the Green Warriors. With Iljutcenko set for a spell on the sidelines, and with games coming almost every few days for the North Jeolla side, Gustavo has the opportunity to cement himself as the first-choice striker ahead of the run-in where his team will be expected to be vying closely for the title once more. 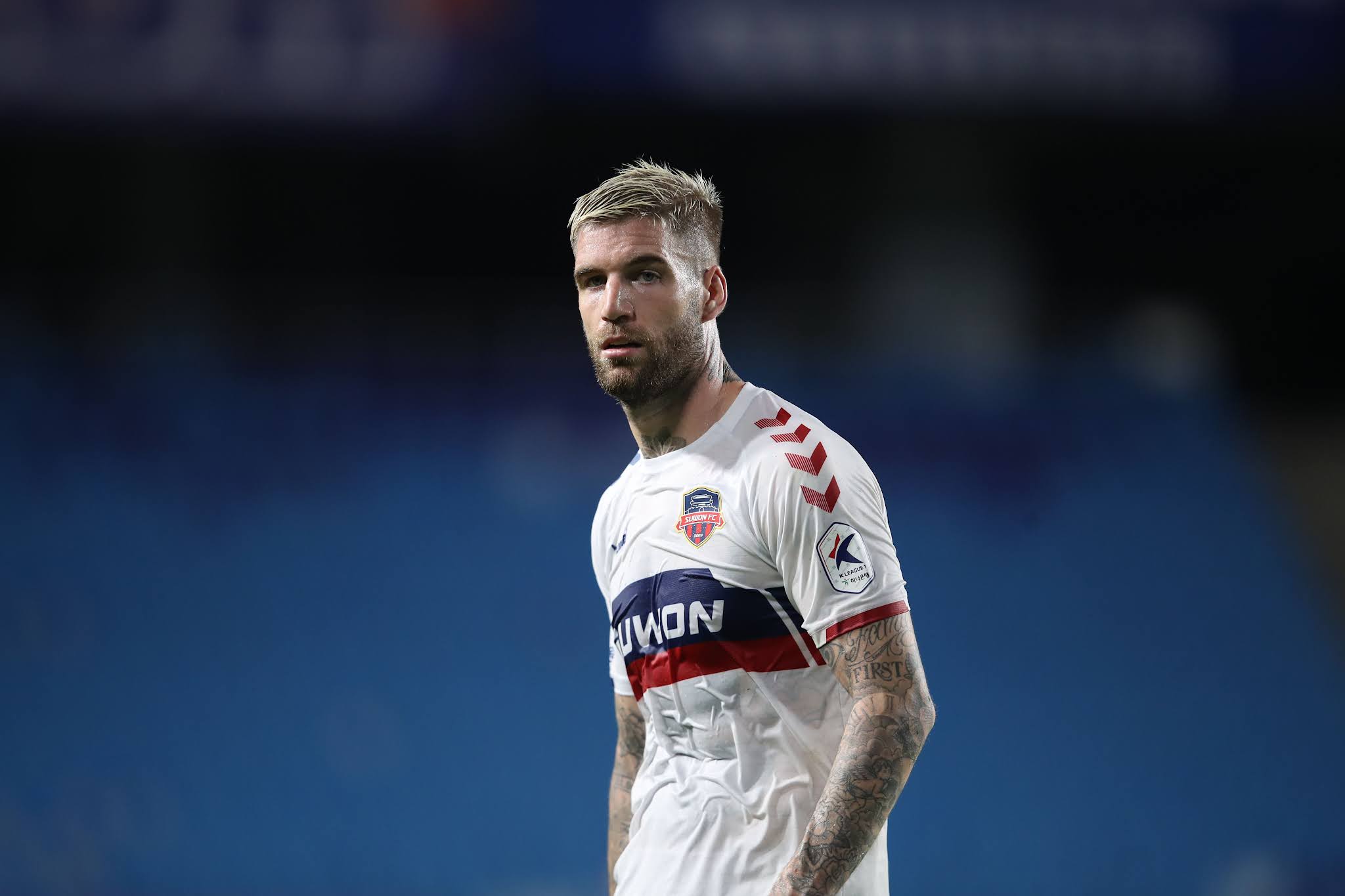 Former Jeonbuk striker and current leading scorer in the division Lars Veldwijk makes his first return to the pitch at Jeonju World Cup Stadium having departed last season and choosing to drop a division to Suwon FC. Since then, Veldwijk has helped his side win promotion before helping power them into third place in the top flight with fourteen goals and five assists to his name so far. The South African international is quickly going about putting his name into MVP contention and will be sure to make headlines if he can help engineer a victory on Saturday evening.
Eye-catching performances against Suwon Samsung Bluewings and Ulsan Hyundai prior to these two sides' last meetup at the start of August was enough for Jeonbuk manager Kim Sang-sik to resort to somewhat more conservative tactics in a bid to nullify the threat but, with the need to keep pressure on the summit, Jeonbuk will be expected to venture forward this weekend and could, in turn, create more opportunities for their former player to strike. 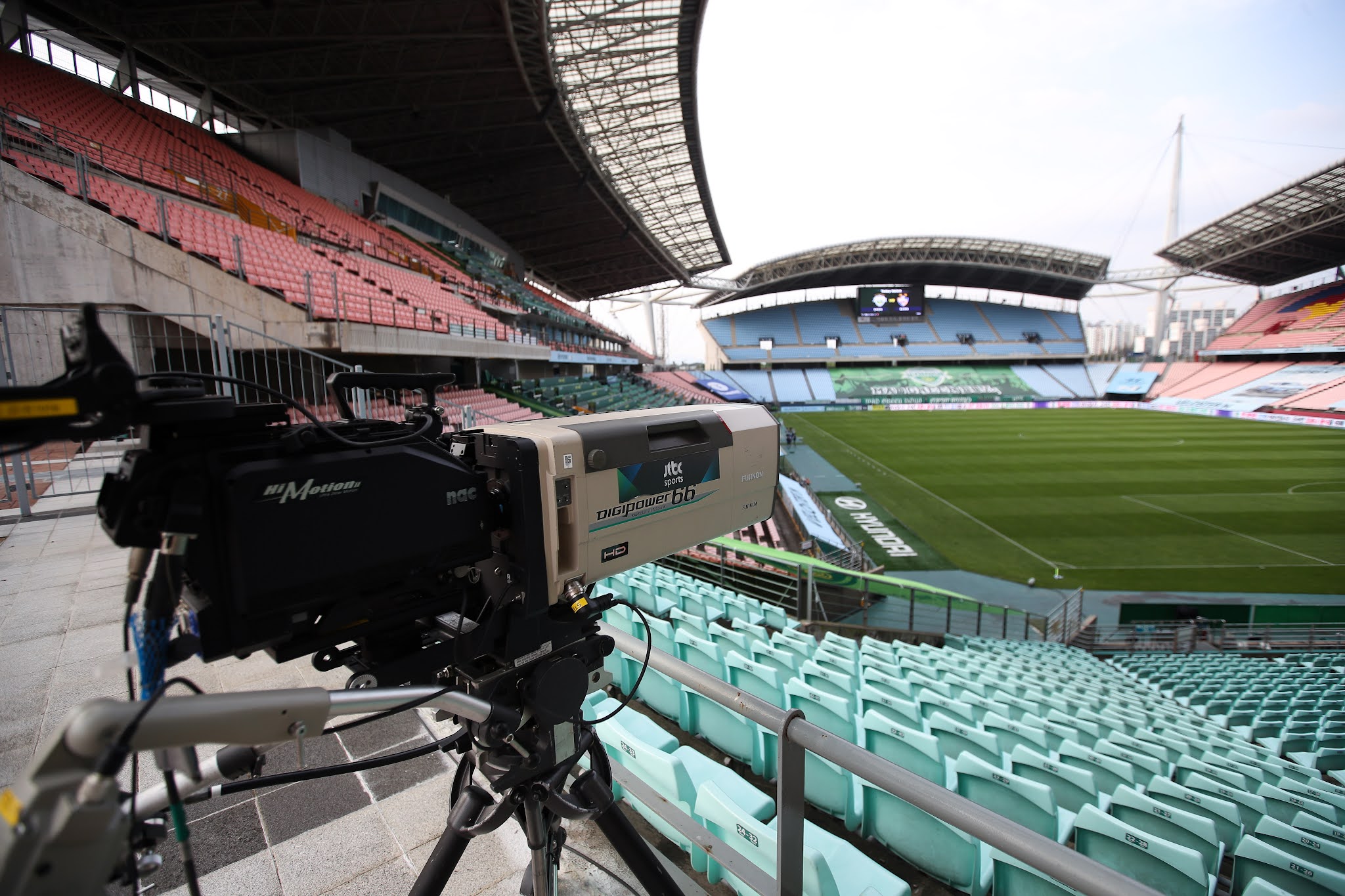