ACL Final Interview: "We deserve to be in the final" - Alex Grant 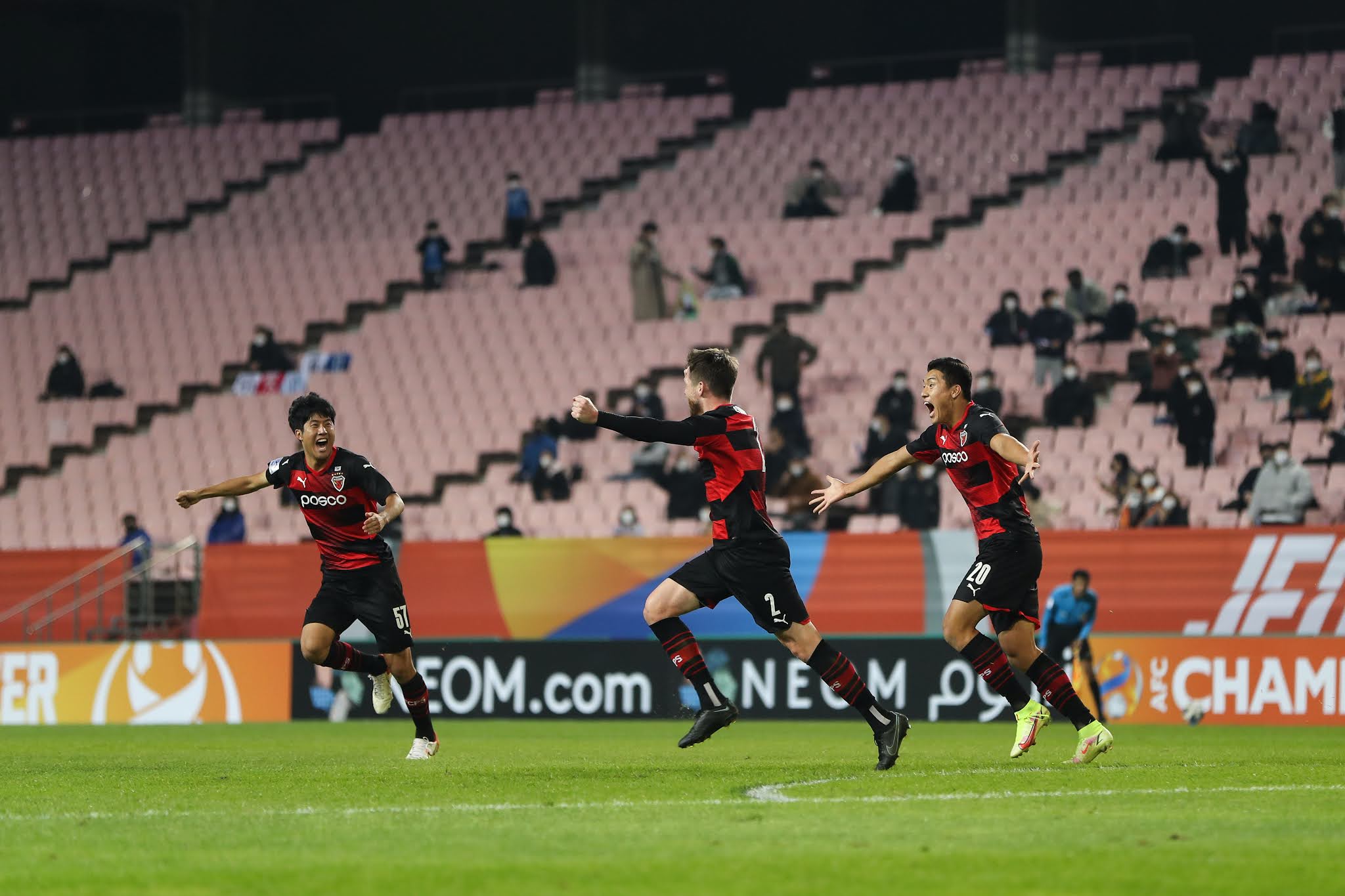 With a penalty shootout win over East Coast Derby rivals Ulsan Hyundai, Pohang Steelers last month booked their place in the AFC Champions League Final. The Steelers, locked on three titles along with their opponents Al Hilal, are gunning for a record fourth ACL win. Defender Alex Grant nodded in a last gasp equaliser in the semifinal against Ulsan to force extra time and then penalties. In part one of KLeague.com's exclusive interview with the 27-year-old, Grant looks back at the wins over Nagoya Grampus and Ulsan.

Q: Has it sunk in yet, that you are in the final of the AFC Champions League?

A: "When we were going into the games with Nagoya and Ulsan I remember saying that we felt confident. And it is surreal, I mean, I think we deserve to be there. We deserve to be in the final going off how we played in the competition. But in the league, we haven't been consistent and it's cost us at times and the position in the league that we're in is probably justified. But we've been absolutely immense in the Champions League, and the boys have stepped up we've deserved to be in the final. So, it's going to be an amazing experience for every player because it's not often you can say you can get to a final, it's extremely hard to get to any final whether it be domestically or in a competition as big as the Champions League."

Q: You scored the goal that took the Ulsan game to extra time, I understand that you weren't sure what to do for the celebration.

A: "I had no idea where to run. I thought about running to the fans, I thought about taking my shirt off, but I didn't know whether I was on a yellow card or not so I thought I might get sent off. So I just ran towards the subs' bench. I thought they'd all be happy over there and they were ecstatic." 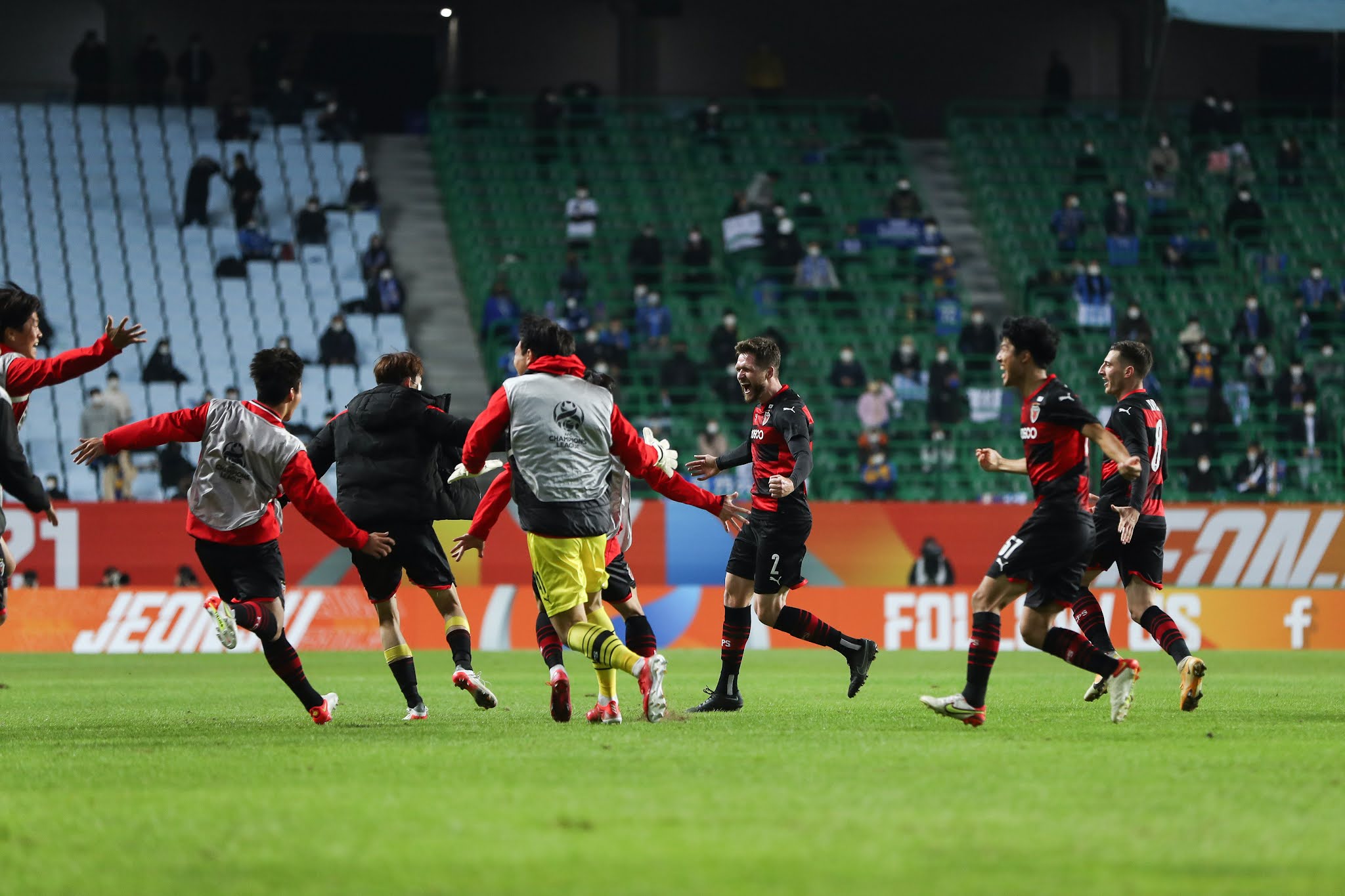 Q: It was a great ball in from Mario Kvesić too and after a difficult first season in K League that must have helped his confidence?

A: "Yeah, without a doubt. If you look at the full 90 minutes, Mario, I think, was probably the best player on the pitch. He played out position, he was asked to do a job on the right wing so a position he's not been all too familiar with. And I think if you asked anyone within the club, Mario was is one of the best trainers within the squad, and, unfortunately, he's not had as many minutes as probably what he would have liked throughout the course of the season. So, it's a credit to himself that he keeps working hard in training. Whenever he does get the opportunity to play he's always putting in 110%. So he's a good guy to have in the squad - a good player. He made it a little difficult for me (the cross), I will say it wasn't the easiest header but I guess if you put it somewhere else it might not have gone in. So yeah, lots of thanks to Mario."

Q: Did playing Ulsan just a few days after the win over Nagoya help with momentum?

A: "Yeah, we'd lost to Nagoya in the group and they were probably anticipating a similar scenario or similar result going into that game. They've been doing well in the J.League, they're around about fourth in the league over there in Japan so they've brought some good form into it whereas we probably didn't and banging three goals in against them gave us the world of confidence. I'm probably just saying this but they probably didn't show us enough respect and thought they'd walk all over us. Ulsan probably did the same. In the first half of both games there were a couple of chances - and I know Ulsan took the lead in the semi - but when they didn't put those chances away, we grew into the game and gathered that momentum. And you just sensed that we were going to grab the result in both games. Having that three-day turnaround probably did play into our favour, rolling off the back of the Nagoya game, we did take that confidence going into the Ulsan game and we felt that we'd win that game, which we did."

Q: Last time you said that it was a bit of a bittersweet moment for you to score against Ulsan because the goal came in a defeat. But this time it worked out perfectly.

A: "Yeah, I mean, it would have been nice if it had been 0-0 but to keep us in the game... I think there are a lot more downs than ups in football, in a footballer's career. But when you have the ups, they definitely outweigh all the downs put together so it's great to have a moment like that, and that I can kind of look back on. Like I said, we've struggled in the league, but to have that moment, to put that up there with probably one of the best, if not the best moments this season but hopefully, we can go one better in the final in Saudi Arabia which we're all looking forward to."

Q: In the Ulsan game, you came off at half time in extra time. If you had have still been on the pitch, would you have taken a penalty?

A: "Yeah, I would've put my hand up for sure. I mean, it's the coaches decision, he might have watched me in training the day before and said, even though he scored in training, I don't fancy him having a penalty. But, I'll always put my hand up. At the end of the day, penalties are just luck of the draw, there's obviously an art to it and, for me, if someone misses they miss, as long as they hit the target you can't really complain. If the 'keeper pulls off a good save I am not going to show any animosity towards the player but fortunately for us every single lad who stepped up delivered and even players like (Kim) Sung-ju who didn't feature much this season, put one in the top bin. It was great that all the boys had that confidence and delivered. Even (Jeon) Min-gwang, from what other people had told me, last season he missed the penalty in the semifinal of the FA Cup against Ulsan. So for him, it must have been an amazing feeling - sticking it away against them and kind of redeeming himself." 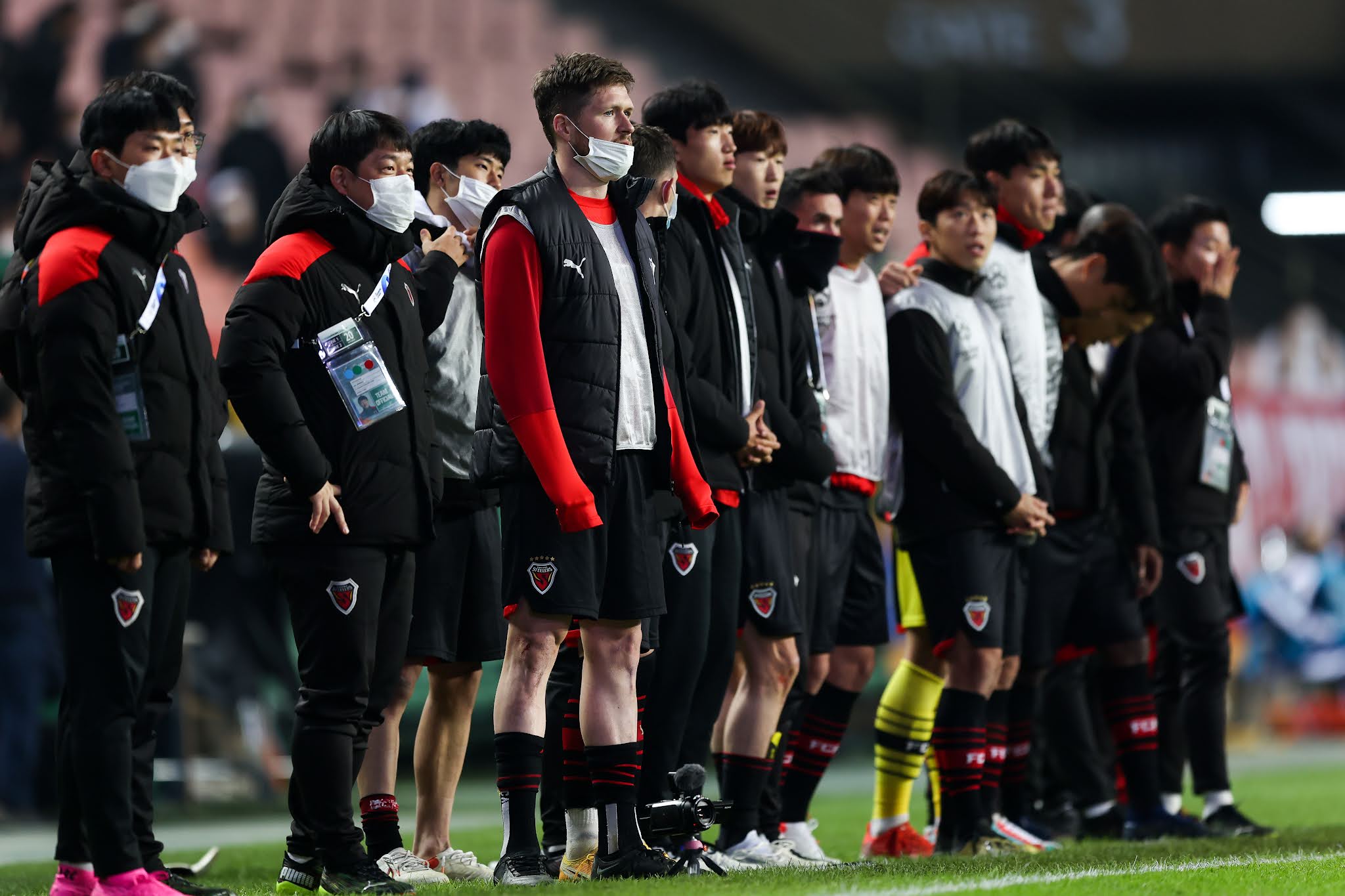 Q: What was it like watching those pens, was it nerve-racking?

A: "A couple of seasons ago when I was at Perth Glory, we had the semifinal in the A-League against Adelaide United and went through to penalties. And I remember, I was stood there on the touchline, I didn't play in the game because I was injured, but I was shaking in my boots, I was so nervous. But, against Ulsan, I had no nerves whatsoever. I don't know whether it's because maybe I had scored and I've thought 'right lads, it's kind of up to you now. I've done my bit, you've got to do yours'. But I felt so calm and I might have been a bit animated for anyone would have seen me on the sideline, but I don't know what it was I just had that feeling that we were going to win. Even if one of the players had missed, I don't know what it was, I just thought 'this is ours, we're going to win'."

Part two is coming soon where Alex Grant talks about the final itself, what it will mean to seal a fourth ACL title for the club, playing Al Hilal over one leg in Saudi Arabia and what preparation might be like in the build-up to the huge match.