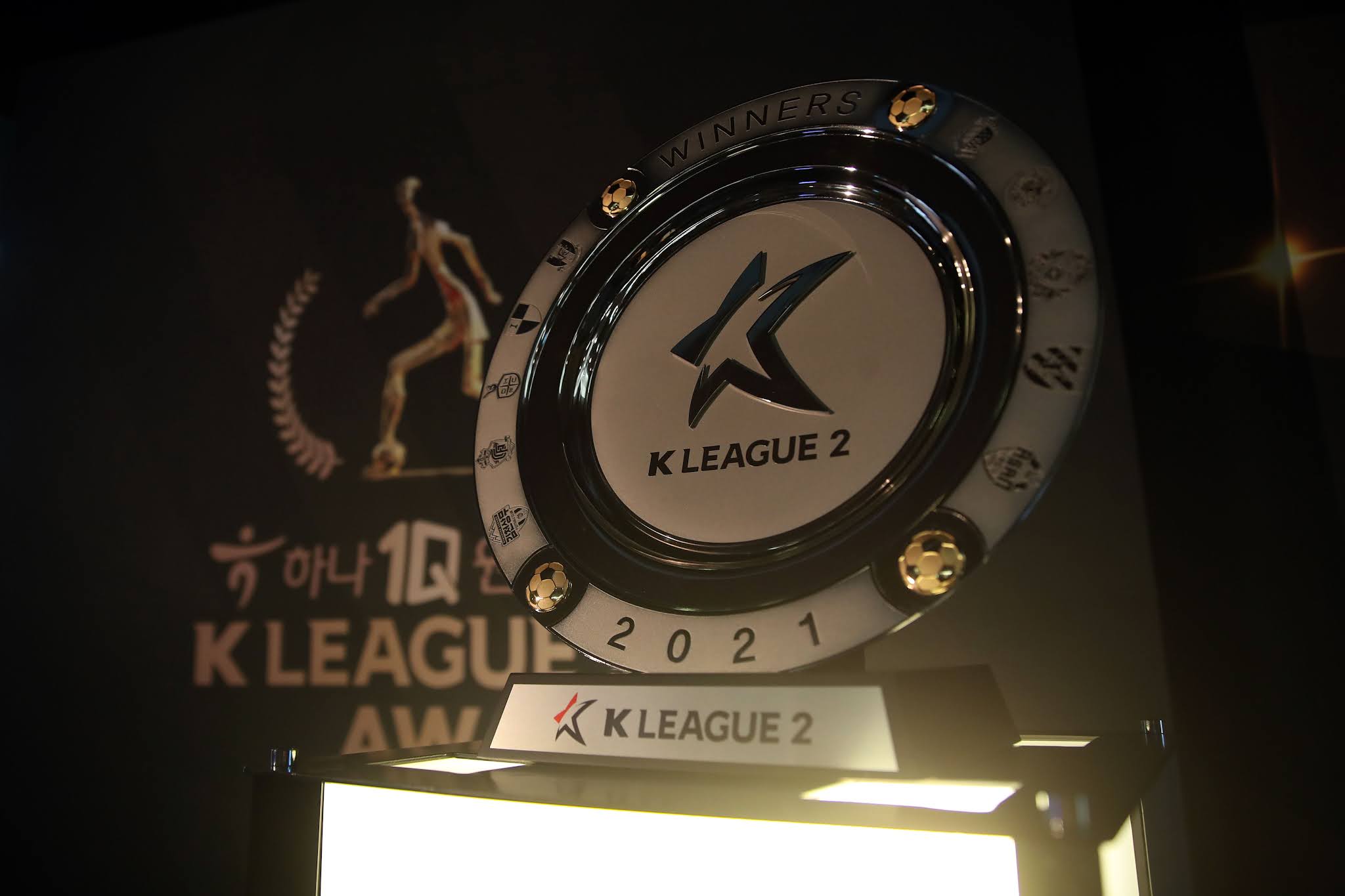 Following the official award ceremony in Seoul on Thursday 18th November, K League handed out a whole host of awards for K League 2 including MVP, Manager of the Year, Young Player as well as naming the Best XI for 2021. 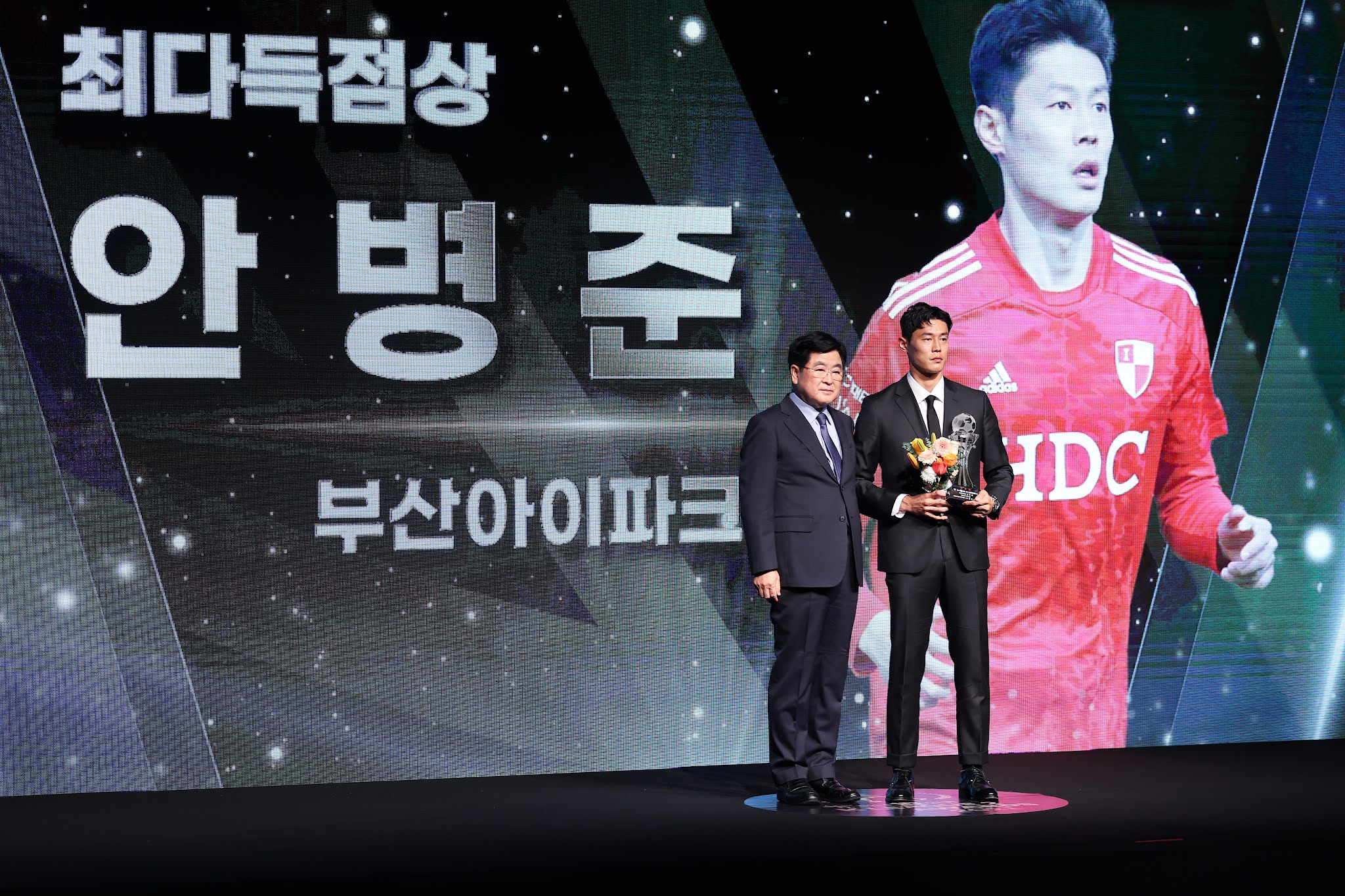 With 23 goals from 34 matches, Busan IPark's An Byong-jun has won the K League 2 Top Goalscorer Award. This is An's second golden boot in as many seasons having scored 21 last season. His first goals of the season came in the Round 4 fixture with Gimcheon Sangmu, scoring twice. An scored in six consecutive matches, starting in Round 11 against Daejeon Hana Citizen to Round 17 against FC Anyang. He scored one hat-trick and two braces in 2021. With 23 goals scored, An Byung-jun scored 50% of his team's 46. 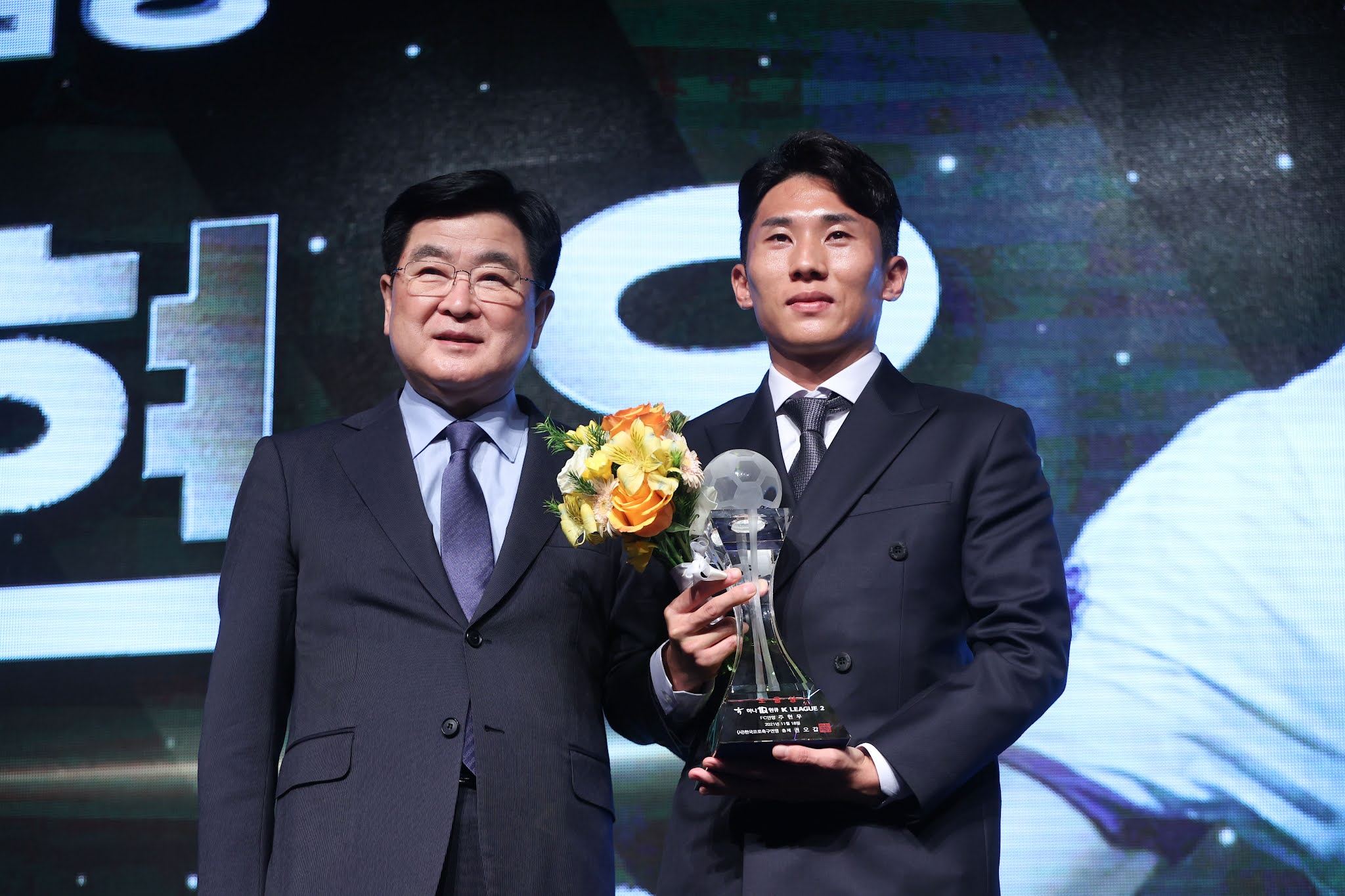 FC Anyang's Joo Hyeon-woo finished the season as the division's leading assist maker with eight and so has been presented with K League 2's top assists award for 2021. The Violets' skipper usually operates from left back but has had a profound impact on his team's attack. in what was his seventh season as a professional, Joo recorded a personal best for appearances and assists. 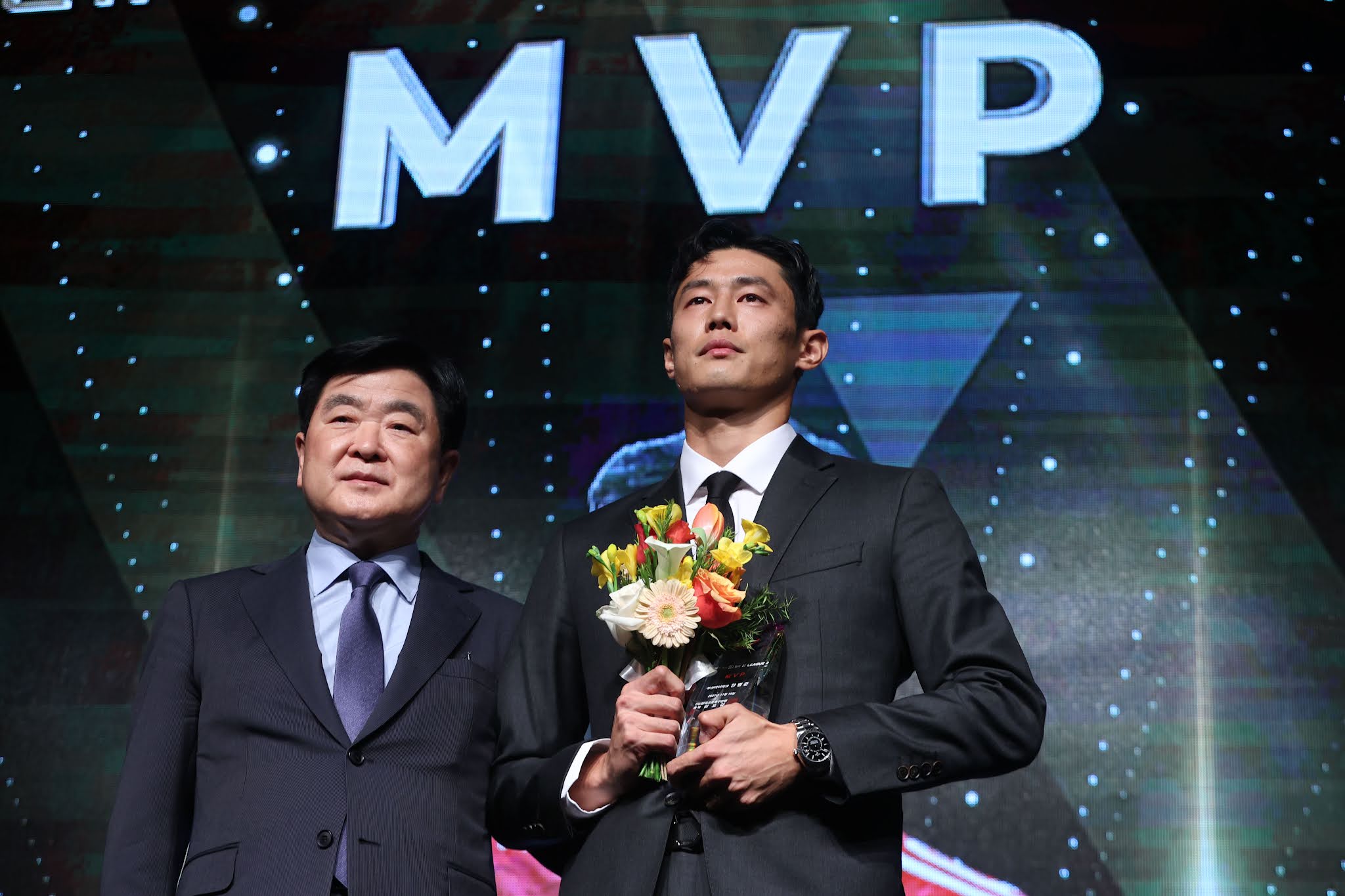 As well as being presented with the Top Goalscorer Award, An Byong-jun has also been named as MVP. An received four votes out of 10 among the 10 K League 2 managers and four from 10 among the captains. Among the 98 who voted from the media, An received 68 votes. Gimcheon Sangmu centre back Jung Seung-hyun came in second. From An's 23 goals, seven came from his right foot, four from his left, nine were penalties and three were headers. Seven of his goals came in the first half of matches while 16 came in the second. 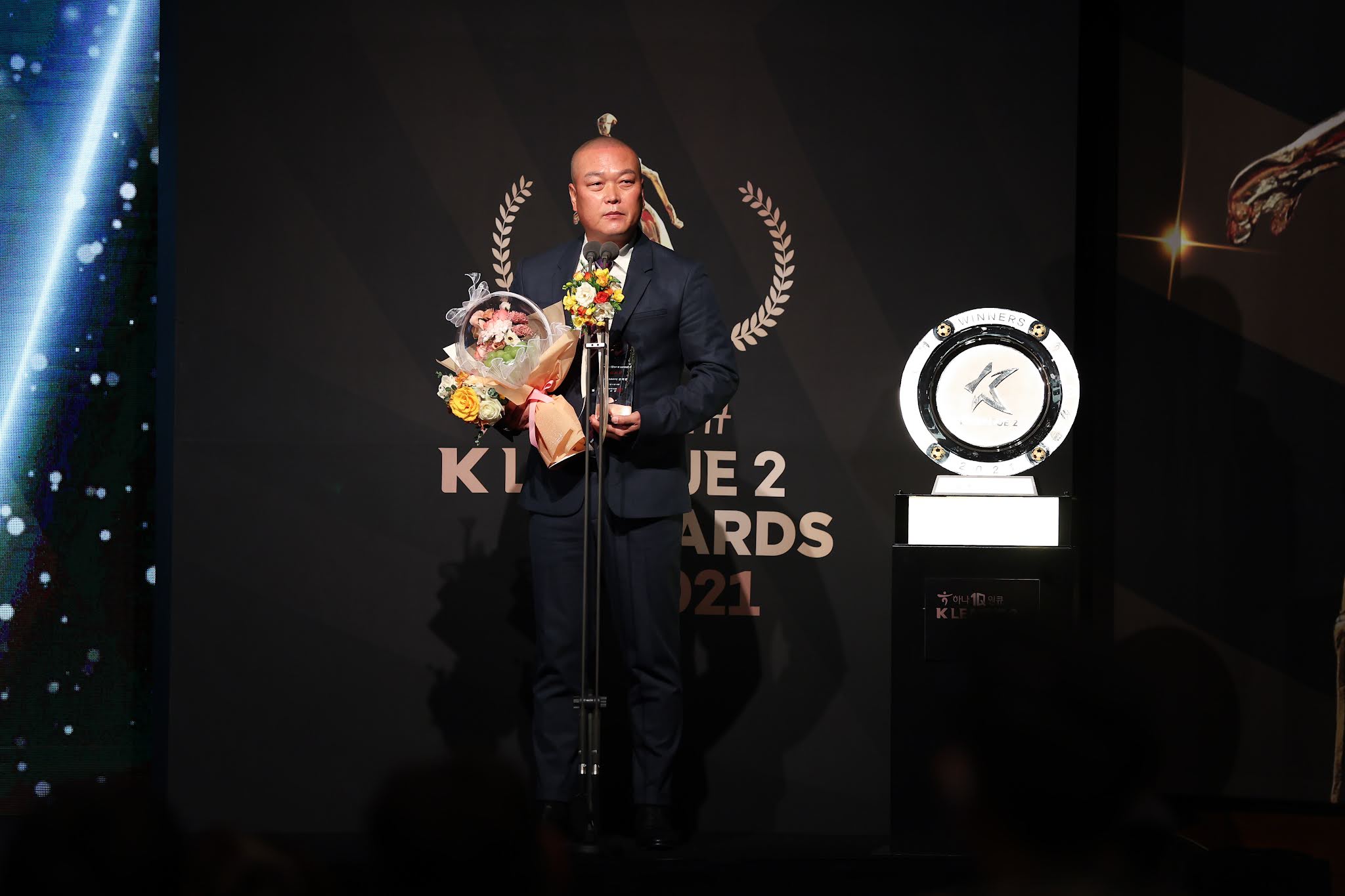 Gimcheon Sangmu boss Kim Tae-wan has been named as 2021 K League 2 Manager of the Year. Kim received five votes from the 10 managers and four from the 10 captains. Among the 98 media personnel who cast votes, 69 were for Kim Tae-wan.

Kim Tae-wan became a coach with the Sangmu setup in 2002 and was named as manager in 2017. He was in charge of the army team for its last season in Sangju in 2020, guiding the team to a best-ever finish of fourth place. The following year Kim guided Gimcheon Sangmu to the K League 2 title. 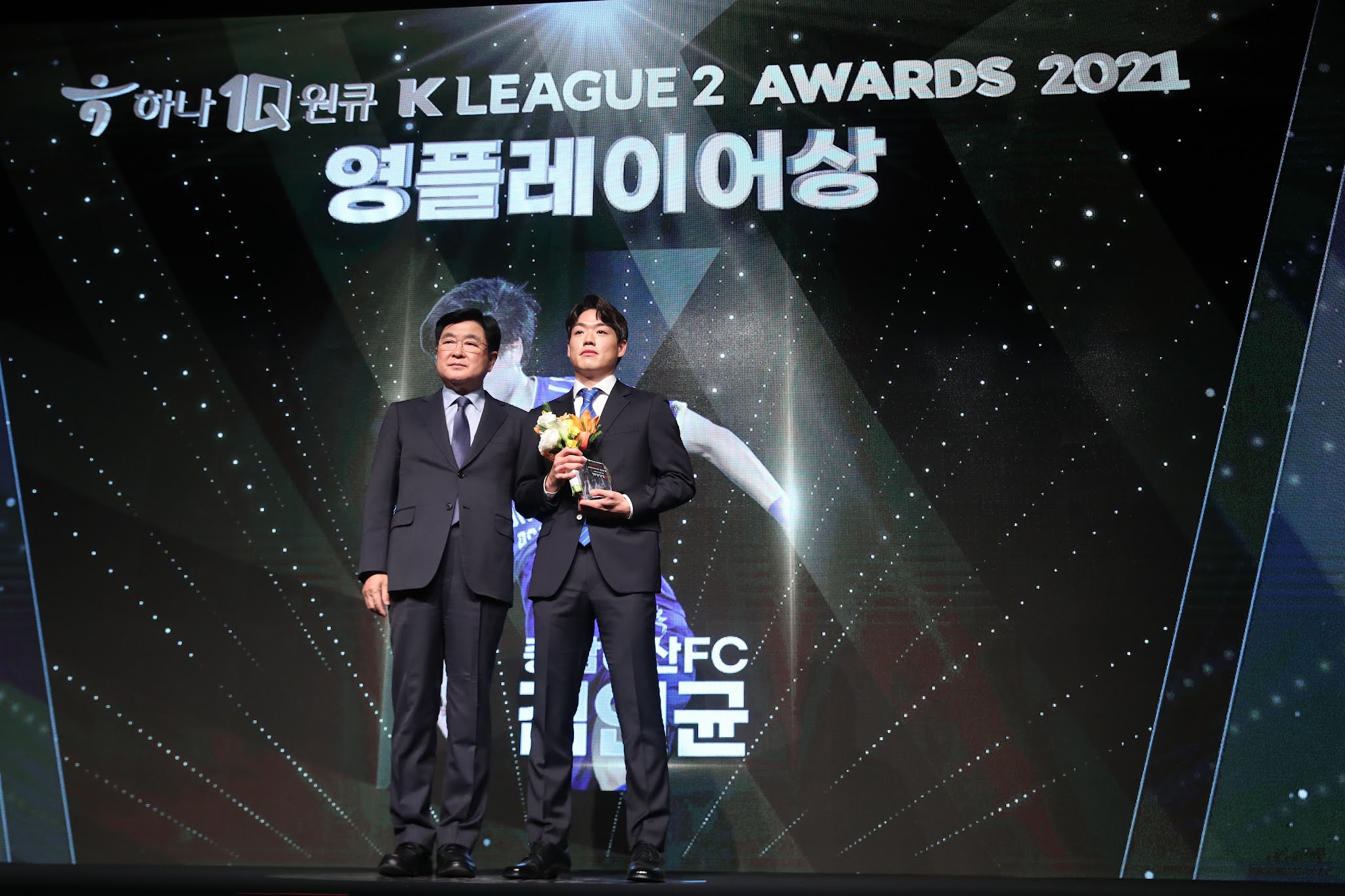 Chungnam Asan midfielder Kim In-gyun has been named as the K League 2 Young Player of the Year. The "Young Player Award" was newly established in 2013 to replace the "Rookie of the Year award". Until 2019, only players from K League 1 were considered for the award, but it was extended to K League 2 in 2020 due to the recent outstanding performances of young players in K League 2.

Kim joined Chungnam Asan last year and made 12 appearances in his first season. In his second year as a professional in 2021, he played 32 times, scored eight goals to finish as his team's top scorer and laid on two assists. He scored his first professional goal in Round 3 against Busan IPark and bagged his first brace in Round 24 against Seoul E-Land. He was also named as Round 24 MVP. 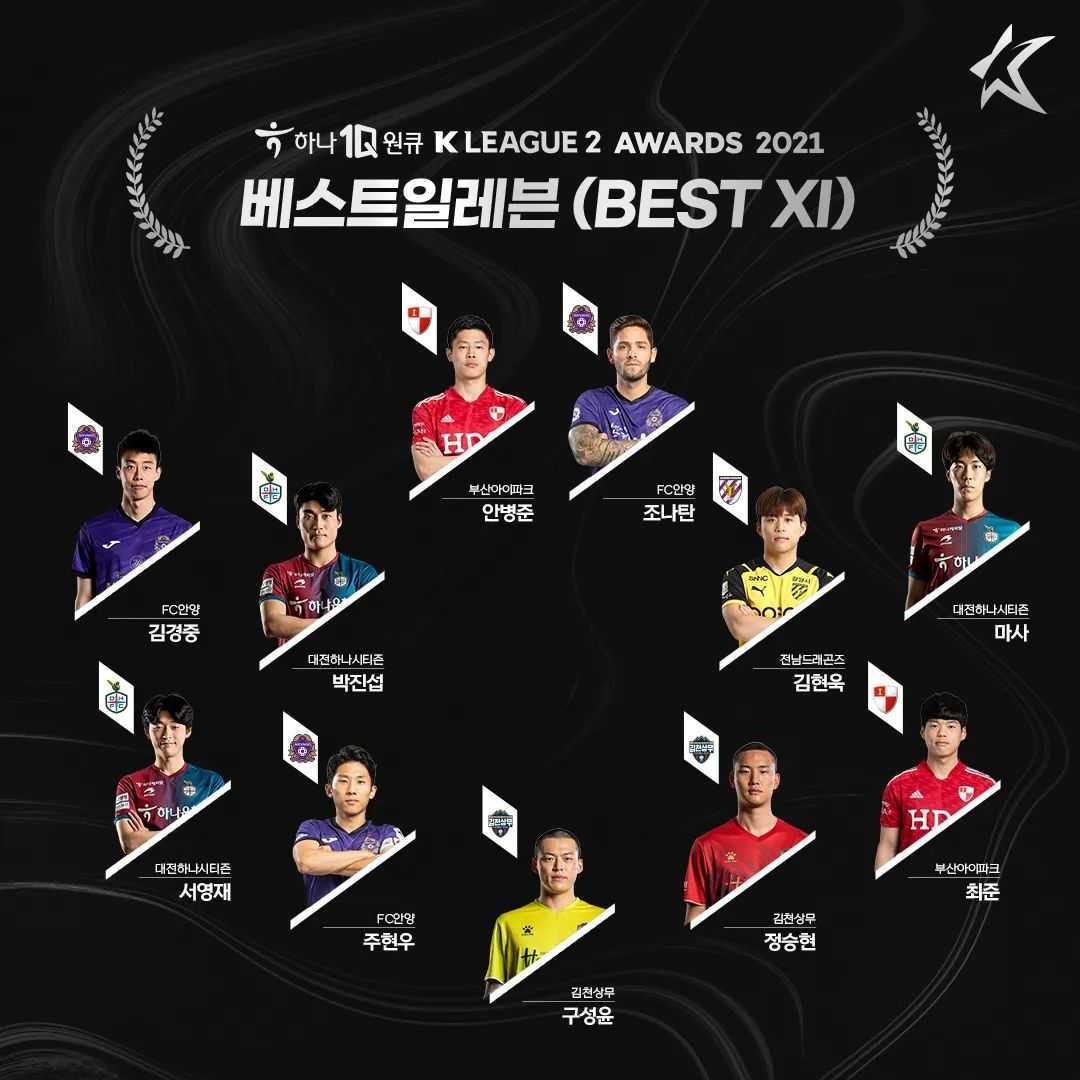