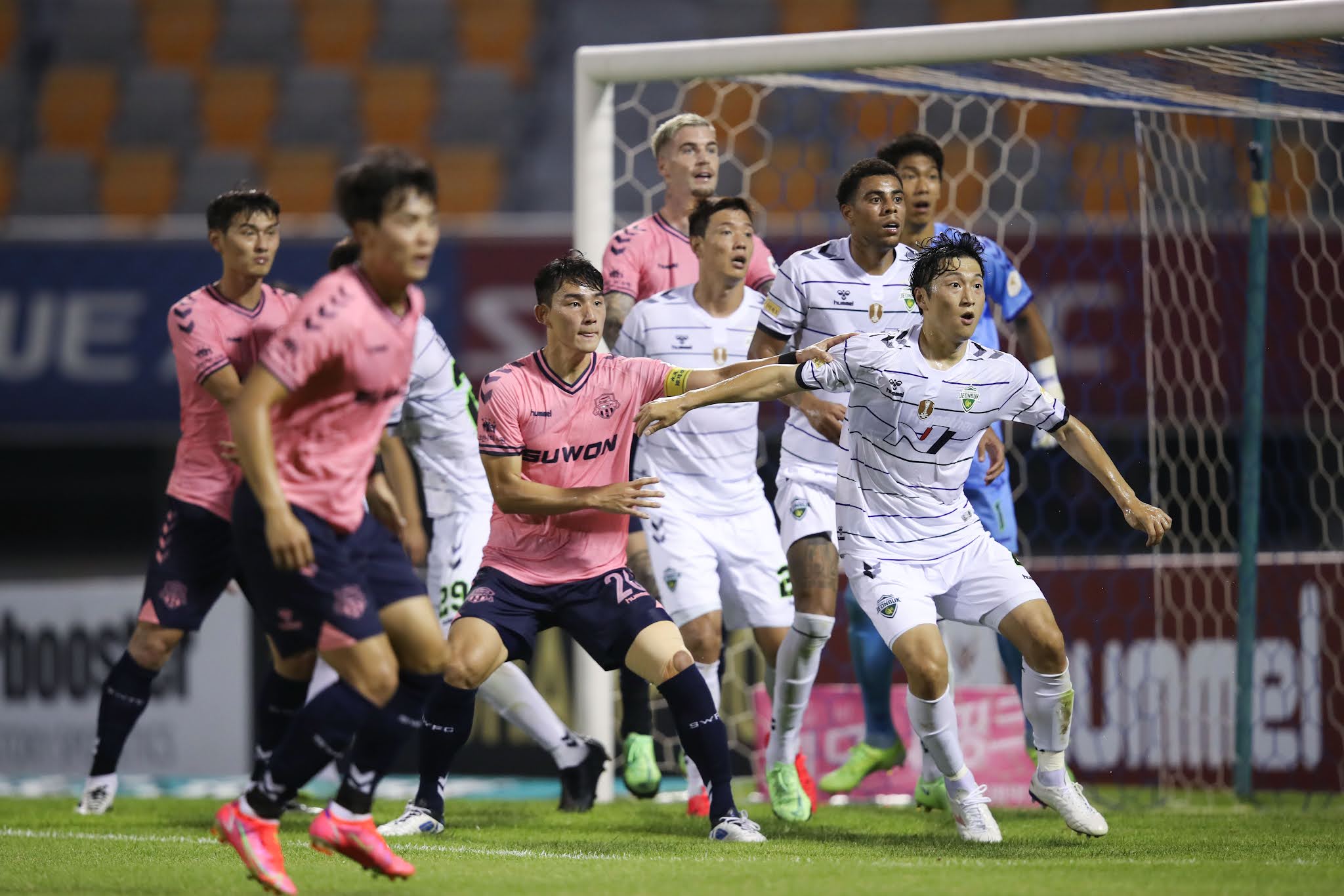 Sunday afternoon sees Suwon FC host Jeonbuk Hyundai Motors at the Suwon World Cup Stadium as the home side look to end a winless run of five and play spoiler to Jeonbuk's title charge. The Green Warriors come into this match with a three-point cushion at the summit and three games remaining but will not want to hand their title rivals Ulsan hope with anything less than a victory here. K League United's Head of Editorial Matthew Binns previews the clash.

Having confirmed themselves among the upper half in their first season back to the top-flight, securing their highest-ever finish in the process regardless of these final five matches, there were some quarters even speculating that Suwon FC could make a push for AFC Champions League qualification. However, their last two fixtures have seen that dream all but dashed with defeats to Ulsan Hyundai and then Daegu FC last time out. These latest two results mean it is now five games without a win for Kim Do-kyun's side heading into Sunday's encounter with the Champions.
Jeonbuk, meanwhile, won their second match of Final A in memorable fashion, claiming a last-minute winner against fellow title-chasers Ulsan Hyundai to hand the Green Warriors a three-point lead with three fixtures to spare. Goals from Song Min-kyu, Ryu Jae-moon and a dramatic last-gasp header from Stanislav Iljutcenko sealed the victory to Jeonbuk in pole position

Suwon FC are without any new injuries nor suspensions and may look to keep a similar lineup to that which lost to Daegu last time out. Kim Do-kyun has been fairly consistent with his starting formation, playing a 3-4-3 with Jeon Jeong-ho likely to start in the front three alongside former Jeonbuk talents Lars Veldwijk and Murilo.
Kim Sang-sik may look to make some alterations to his Jeonbuk side to account for players returning from international duty, particularly in regards to Lee Yong who Kim could well replace with either Choi Chul-soon or Lee You-hyeon at right-back for this encounter. Song Min-kyu is also expected to start if he returns fit enough, making for a similar midfield that defeated Ulsan with the likes of Modou Barrow and Moon Seon-min to feature as impact substitutes as they continue their recoveries from injury.

In seven meetings across all competitions, Jeonbuk hold the advantage over their hosts this weekend with three victories to one. Despite this, Jeonbuk are yet to defeat Suwon this season, losing once and drawing twice. Their last encounter saw the Green Warriors fall two goals behind and were forced to claw it back to share the spoils while their last away trip saw them lose 1-0, albeit with a depleted squad at the time. Can Suwon make it an unbeaten run against the Champions this season by holding them this weekend?

Strike Power on Show
Sunday's encounter will likely see three of the division's four highest scorers take to the field at some point. Jeonbuk boast the division's third and fourth most prolific strikers in Stanislav Iljutcenko (15 goals) and Gustavo (14) respectively while Suwon FC Lars Veldwijk has lit up the league and finds himself with 17 goals for the season. 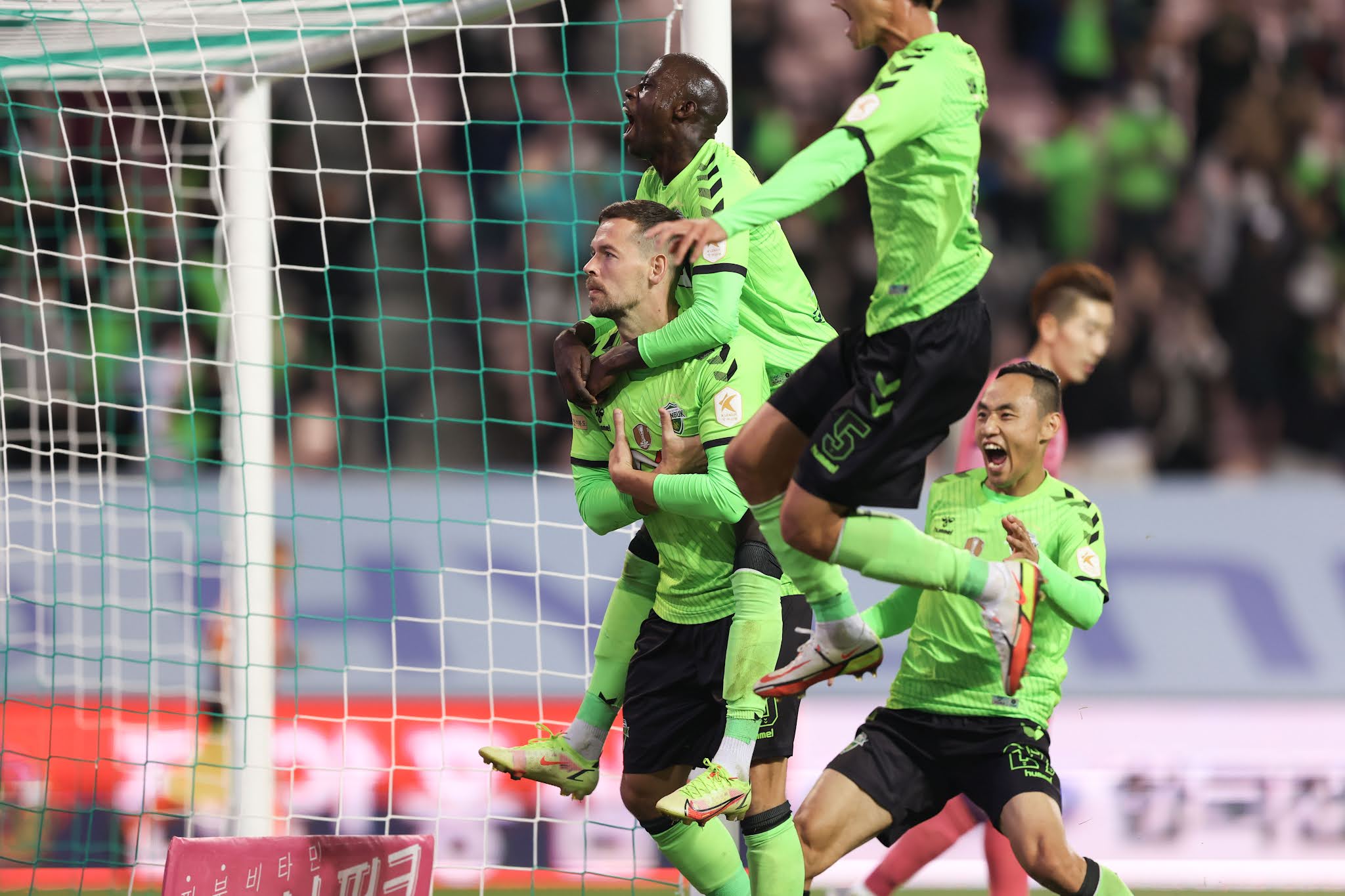 Having made his claim to the starting spot in the jubilant celebrations in Jeonju last time out, Stanislav Iljutcenko will be hoping to be handed the lead-attacking role as he looks to chase Veldwijk and his own personal best of 19, racked up when he played for Pohang Steelers last season. With three goals in his last two outings, both of which were appearances from the bench amounting to just 37 minutes of playing time, the 31-year-old is the one to watch out for in the Champions' side. 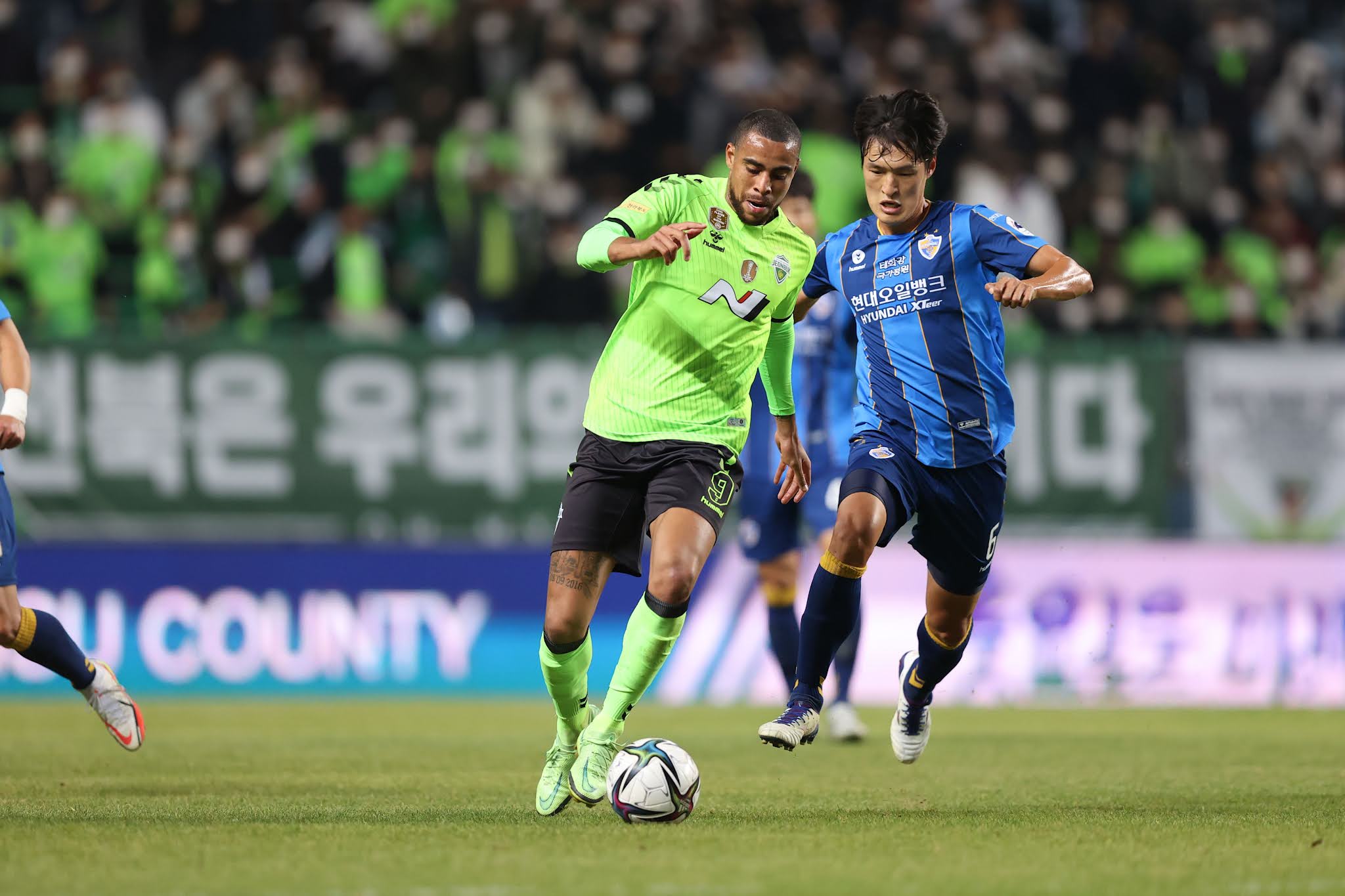 However, his strike partner Gustavo will have not given up entirely on making the league's top three scorers and has been firing successfully as recently as three rounds ago, where his two late goals pulled Jeonbuk back from behind against Jeju United. Furthermore, it was Gustavo's two well-taken penalties that saw Jeonbuk seal the point in the most recent clash between these two sides. 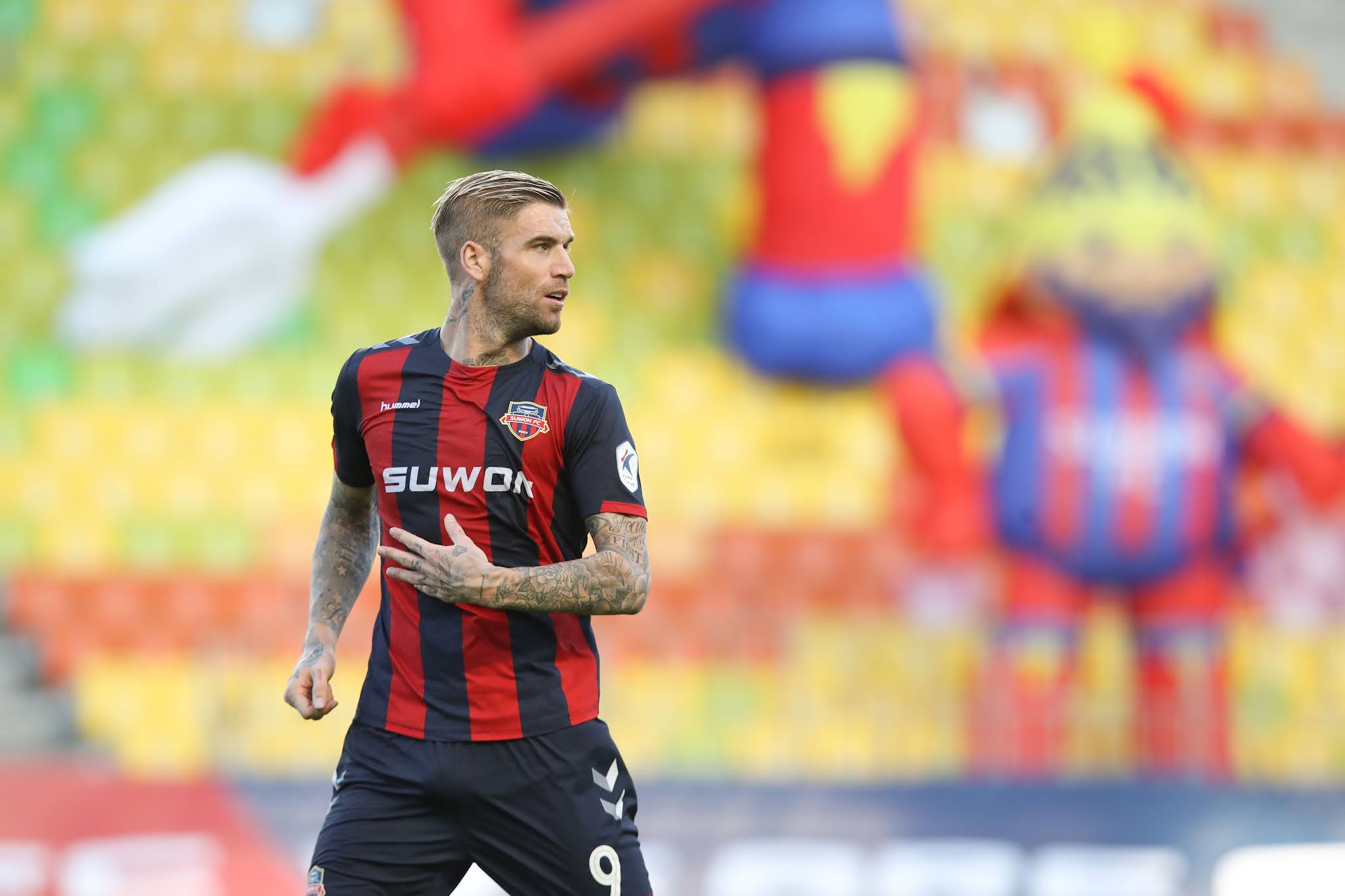 Finally, Suwon FC's Lars Veldwijk, having made the switch and drop in divisions a season and a half ago from Jeonbuk, will be hoping to maintain his own personal chase of Golden Boot leader Joo Min-kyu. While he is yet to score against his former employers, Veldwijk comes into this match having found the net in each of his two most recent outings and could be looking to slow down Jeonbuk's title chase with a goal here.
Assistance at Hand 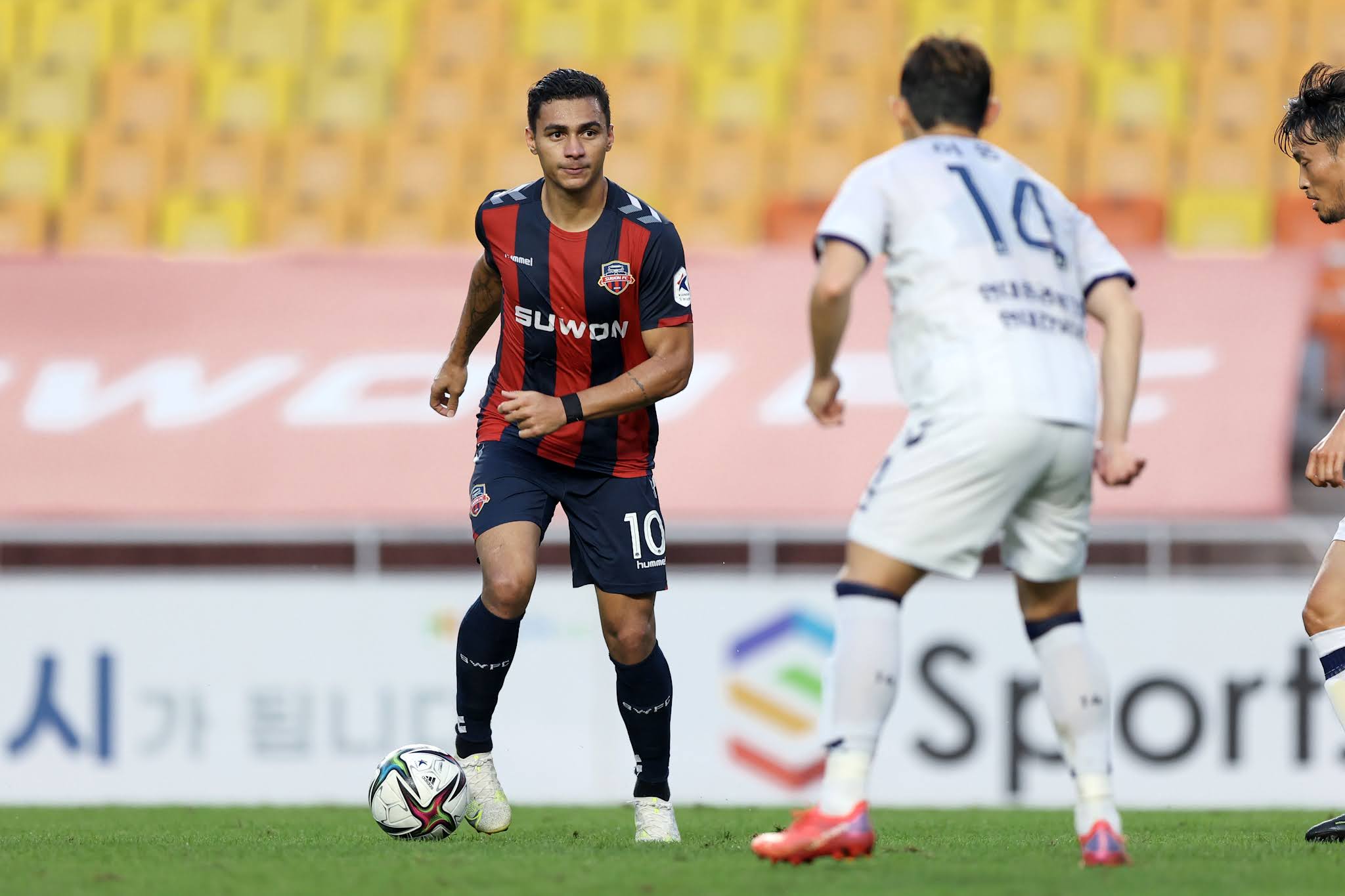 While both sides boast enviable talent upfront, it is worth noting how valuable the support is from their team. Both Suwon FC and Jeonbuk Hyundai Motors have the K League's joint assist makers for the season in their ranks who will both be looking to take a clear lead in that particular race.
Former Jeonbuk player Murilo leads the assists for Suwon FC with 10 while Kim Bo-kyung has achieved the same for the Green Warriors but with less game time. With that in mind, Kim Bo-kyung is also not considered a guaranteed starting choice for Sunday and therefore his Suwon counterpart could hold the upper hand when it comes to improving upon his tally.
[READ: 2021 K League 1 Final A Round 36 Preview] 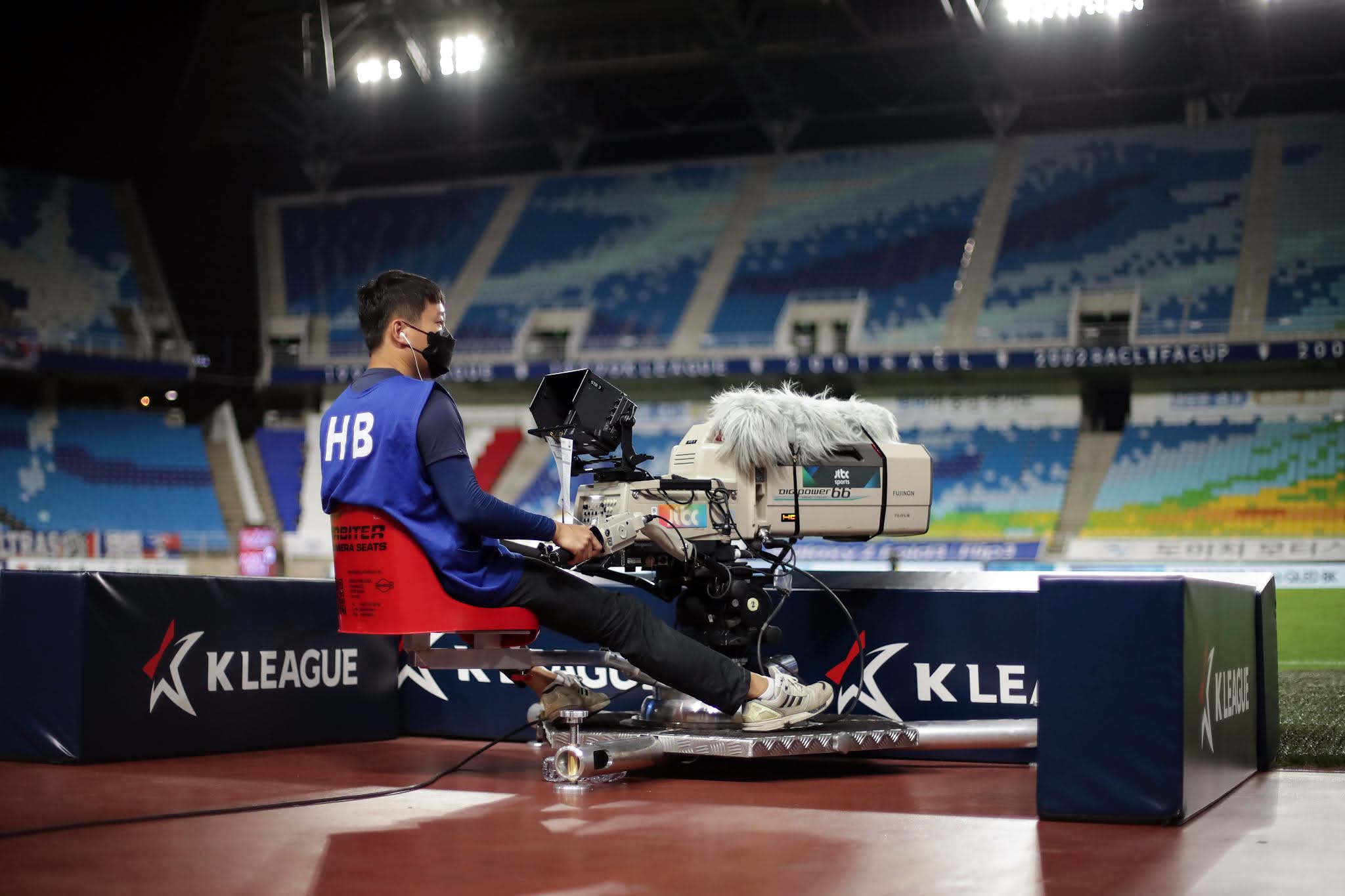