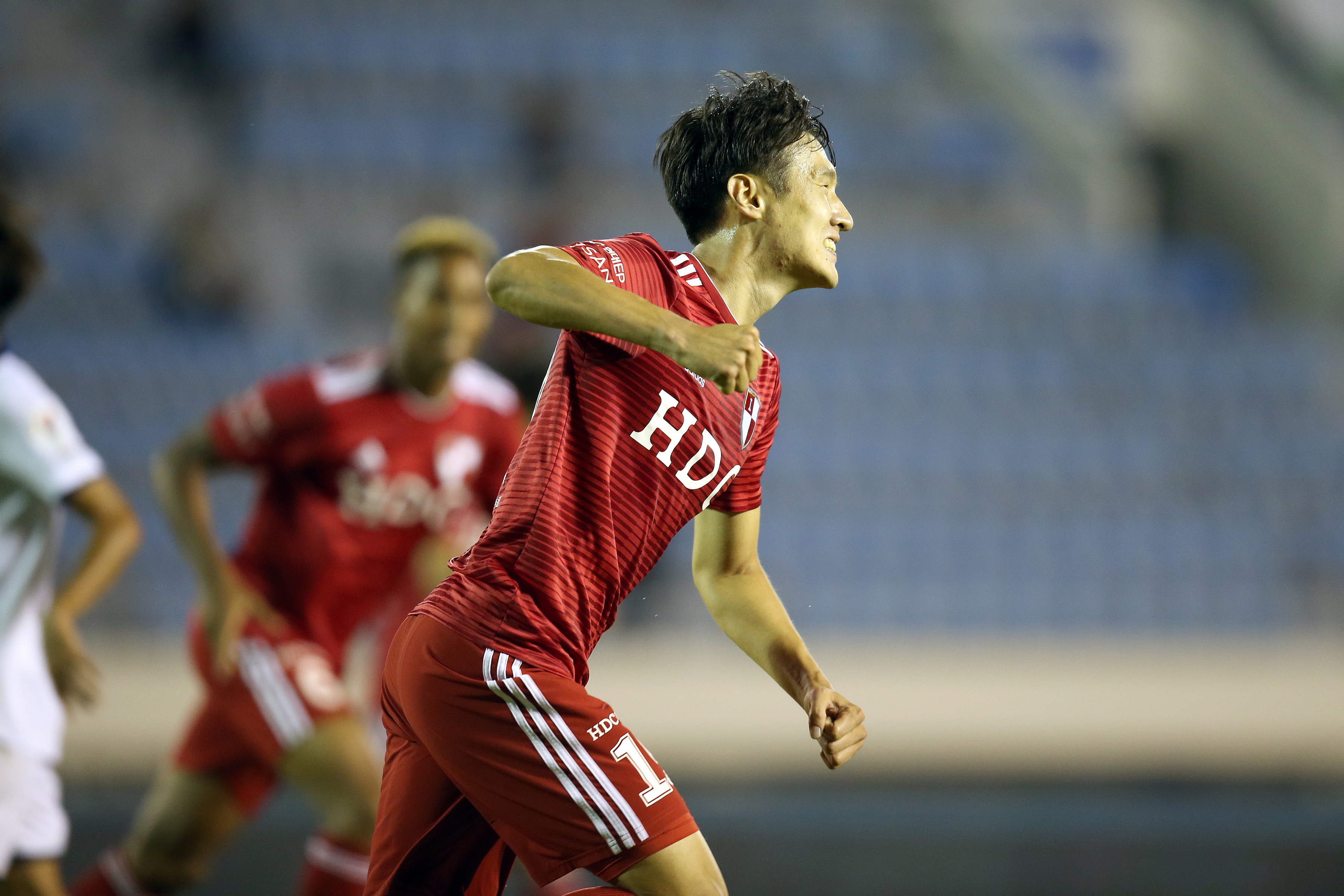 Busan IPark lost ground in their attempt to win automatic promotion from K League 2, losing 2-1 to Daejeon Citizen as they succumbed to an injury time winner from Aurelian Chitu. The home side fought to level the match through Ko Kyung-min despite playing the majority of the second half with 10 men after a red card was shown to Lee Jae-kwon.

After a thrilling comeback in the 3-3 draw to Gwangju FC last week, IPark manager Choi Yun Kyum opted to make 3 changes to his starting XI with goalkeeper Koo Sang-Min coming in for Kim Hyung-Geun, Lee Jae-kwon coming into midfield for Dutch forward Arsenio Valpoort with Kim Hyun-sung replacing Choi Seung-in in a 4-3-3 formation.

IPark have gone winless in their last 3 games since overcoming Seongnam 2-0 three weeks ago. Daejeon on the other hand came into this game unbeaten in their last 6 games, having only conceded twice in that period of time.

The home side were intent on playing out from the back on the day, forcing their wing backs up the field. These tactics started paying dividends early on in the 4th minute, with Kim Chi-woo shooting narrowly wide from distance. Citizen’s Park In-hyeok then hinted at his side’s threat with a tame shot after a well-worked 1-2 passing combination shortly thereafter.

The first big opportunity of the game came in the 14th minute after a free kick was taken quickly by Romulo. He threaded the ball through the Daejeon defence, finding Ko Kyung-min to send a fierce shot across goal, fumbled by Citizen GK Park Jun-hyuk. The ball bounced kindly into the path of Kim Hyun-sung who was unlucky to not find the net with his reaction header.

Daejeon changed their tactics to counter IPark's passing game, utilising a high pressing system to force IPark to play long balls from the goalkeeper. Busan repeatedly gifted possession to Citizen cheaply, who retained the ball and kept the pressure on IPark with good link-up play amongst their forwards. Their best chance fell to Shin-Hak-yeong after Kim Chi-woo was easily dispossessed on the left hand side of defence in the 36th minute, but he was unable to score.

IPark had a glorious chance to take the lead right before half time, but Han Ji-ho had his shot well deflected over the crossbar to leave the teams level at the break. The home side were going to need an overhaul in tactics to turn this match in their favour.

Lee Dong-jun, the hero from last time out vs Gwangju FC, was brought on for Han Ji-ho to try and trigger a turnaround in fortunes. However, any hope of this was made all the more difficult when Lee Jae-kwon was given his marching orders after a late lunging tackle on Kang Yoon-sung right on the halfway line in the 46th minute.

The away team continued to dominate proceedings with the added man advantage and duly took the lead in the 51st minute. Kim Seung-seop found himself in some space on the left hand side and lofted in a high cross. This was duly met with an expert jumping header by Park In-hyeok, who made the task seem all too easy.

The Daejeon juggernaut relentlessly plugged away for the next 20 minutes by spreading the IPark defence all over the field, creating chance after chance. The home side’s defence was having particular trouble in handling crosses into the box, gifting eventual matchwinner Chitu a glorious chance to double his side’s lead, only to head straight into the arms of Koo Sang-min. The keeper was again involved in the 69th minute when he pulled off a miraculous reflex save to keep his team in the game.

IPark manager Choi Yun-kyum opted to send on attacker Sherjill MacDonald to try and make a difference with 15 minutes to go. A glimmer of hope finally appeared after coming through Citizen’s dominant period unscathed, when Romulo won a free kick outside the box in the 77th minute. The resulting freekick was taken quickly to Ko Kyung-min, catching the defence totally off guard and he sent his left-footed shot into the back of the net off the post. A lifeline for the home side at last.

The game opened up from here on in as both sides went about seeking the winner. The deciding blow came the way of the visitors on a breakaway down the right hand side from Park Dae-hoon. The attacker sent a dangerous ball across the box for Aurelian Chitu to tap home from close range. There seemed to be confusion as to whether the goal scorer was offside, however after what felt like an eternity, the goal was correctly given.

Two last minute chances fell the way of the home team, but it was too little, too late as the referee blew the final whistle. The result leaves IPark 3rd with 41 points, now 9 points adrift of leaders Seongnam in the automatic promotion spot. Daejeon climb the table to 4th, a mere two points behind on 39.