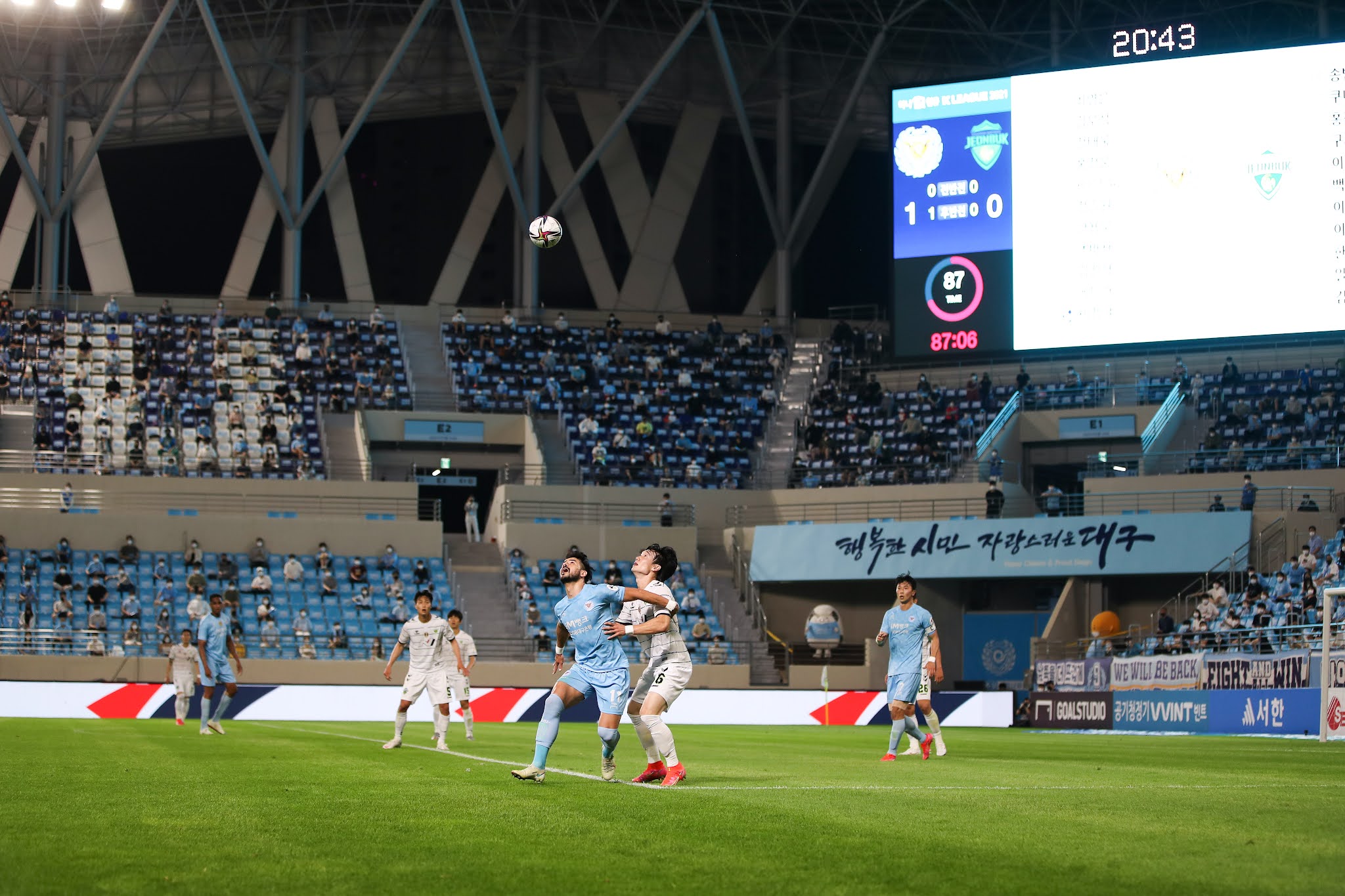 This weekend there are three games in Final A and three in Final B as the 2021 Hana 1Q K League 1 season reaches its penultimate round. On Saturday Jeju United take on Suwon FC and Seongnam FC host relegation-threatened Gwangju FC. On Sunday Daegu FC will play Jeonbuk Hyundai Motors and Suwon Samsung Bluewings face Ulsan Hyundai. In Final B, FC Seoul host Gangwon FC and Incheon United face Pohang Steelers. 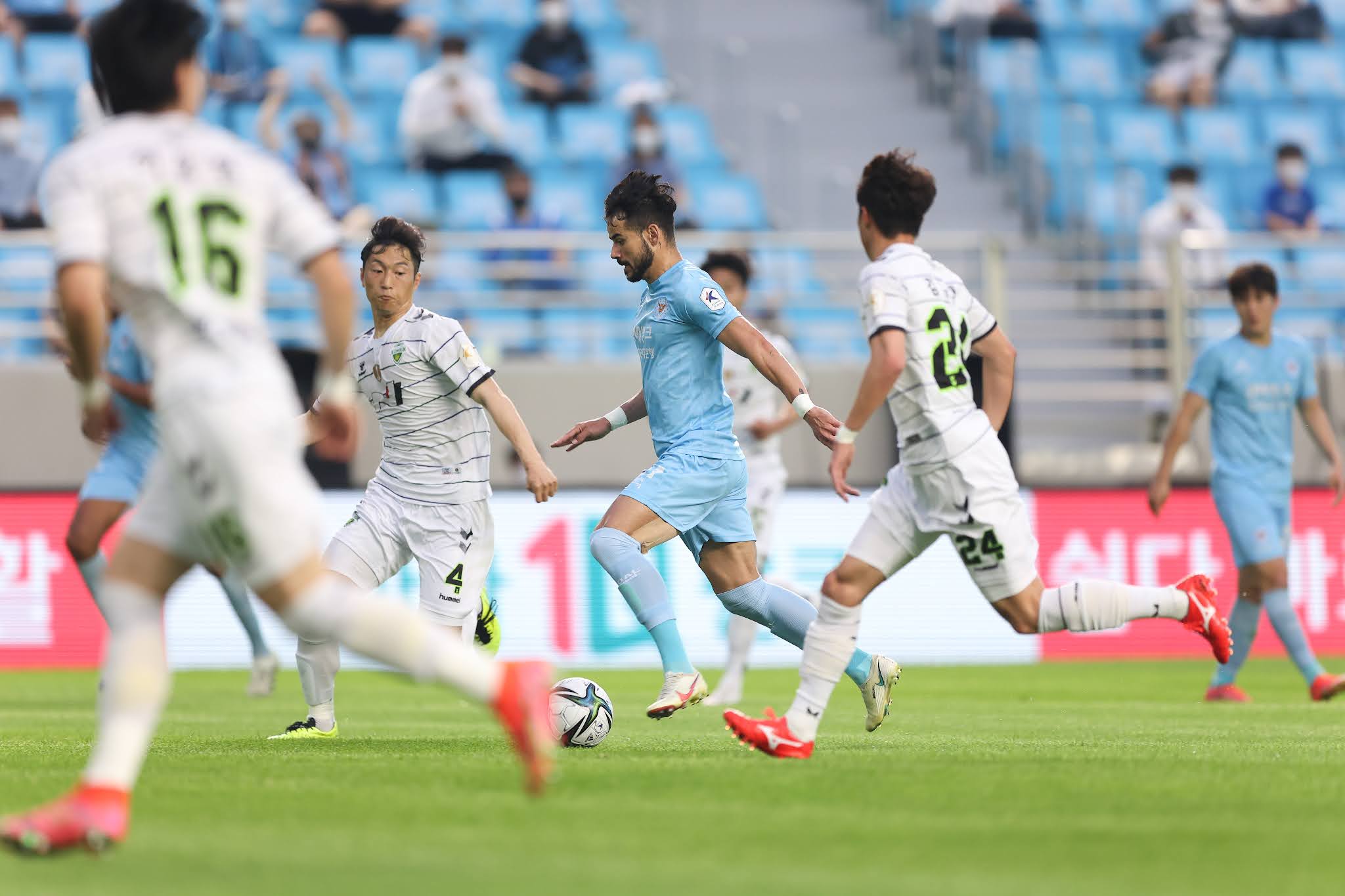 Daegu FC head into the weekend in good form as they defeated Jeonnam Dragons 1-0 in the first leg of the FA Cup Final on Wednesday night. This could, however, mean that they will be additionally tired having played a mid-week game. In K League 1 they are currently third with 55 points, four points ahead of fourth-placed Jeju United. If they manage to win on Sunday, they will secure third place before the last round next week. The all-time record is heavily in favour of Jeonbuk, they have won 28 out of 47 games between the two teams. This season Daegu FC faced Jeonbuk Hyundai three times, they managed to win one of them and lost the remaining two matches. In all three games, teams were just one goal apart, so Sunday’s game may be a tight clash.
Jeonbuk Hyundai Motors need to get six points if they want to be sure that this year’s K League 1 trophy will be theirs. They are currently in first place on 70 points, the same as Ulsan Hyundai. The last two Jeonbuk games were an emotional rollercoaster for their fans. The Green Warriors defeated Ulsan Hyundai 3-2 in Round 35 thanks to a late winner by Stanislav Iljutcenko. Last weekend, however, Jeonbuk Hyundai lost to Suwon FC which meant that Ulsan Hyundai managed to close the gap between the two teams with only goals scored separating the two K League giants. Jeonbuk still have everything under control and will win the K League 1 provided they win both remaining matches.
[READ: K League 2 Top Threes] 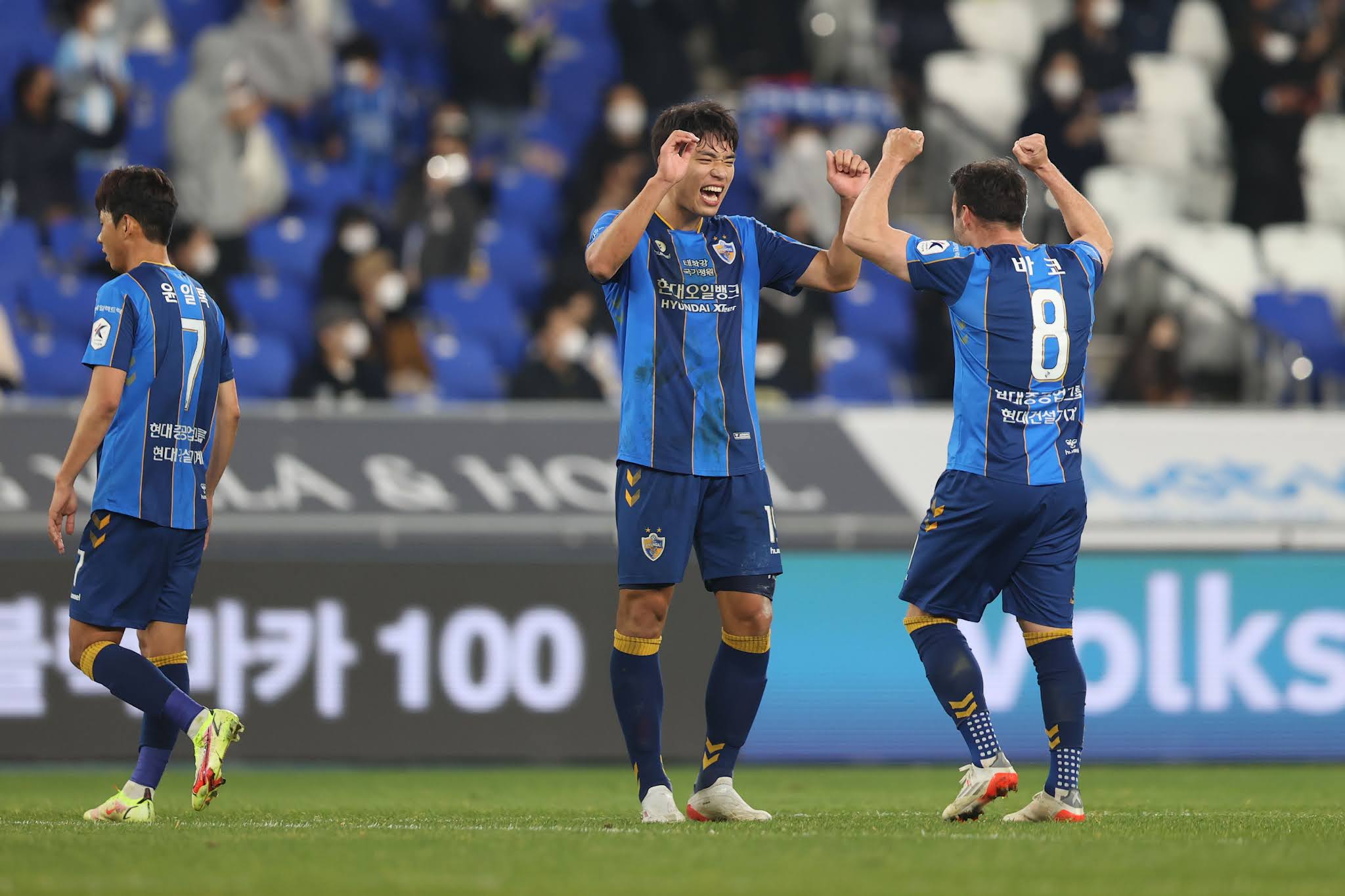 Despite leading the table for most of the season recently Ulsan Hyundai have lost their place at the top of the table, and after losing to Jeonbuk Hyundai Motors just before the international break, it seemed like an uphill struggle for the Horangi to bounce back. However last weekend they played Jeju United knowing that Jeonbuk had previously lost to Suwon FC. The Horangi managed to get a 3-1 win in a thrilling way thanks to Oh Se-hun’s brace and Lee Dong-gyeong’s late goal. They are still behind Jeonbuk Hyundai Motors but both teams have 70 points. This weekend Ulsan face Suwon Samsung Bluewings, who have lost all three games in the Final A so far, so the Horangi will try to get three points and hope that Daegu FC can pick up a positive result against Jeonbuk Hyundai.

Players of the Round 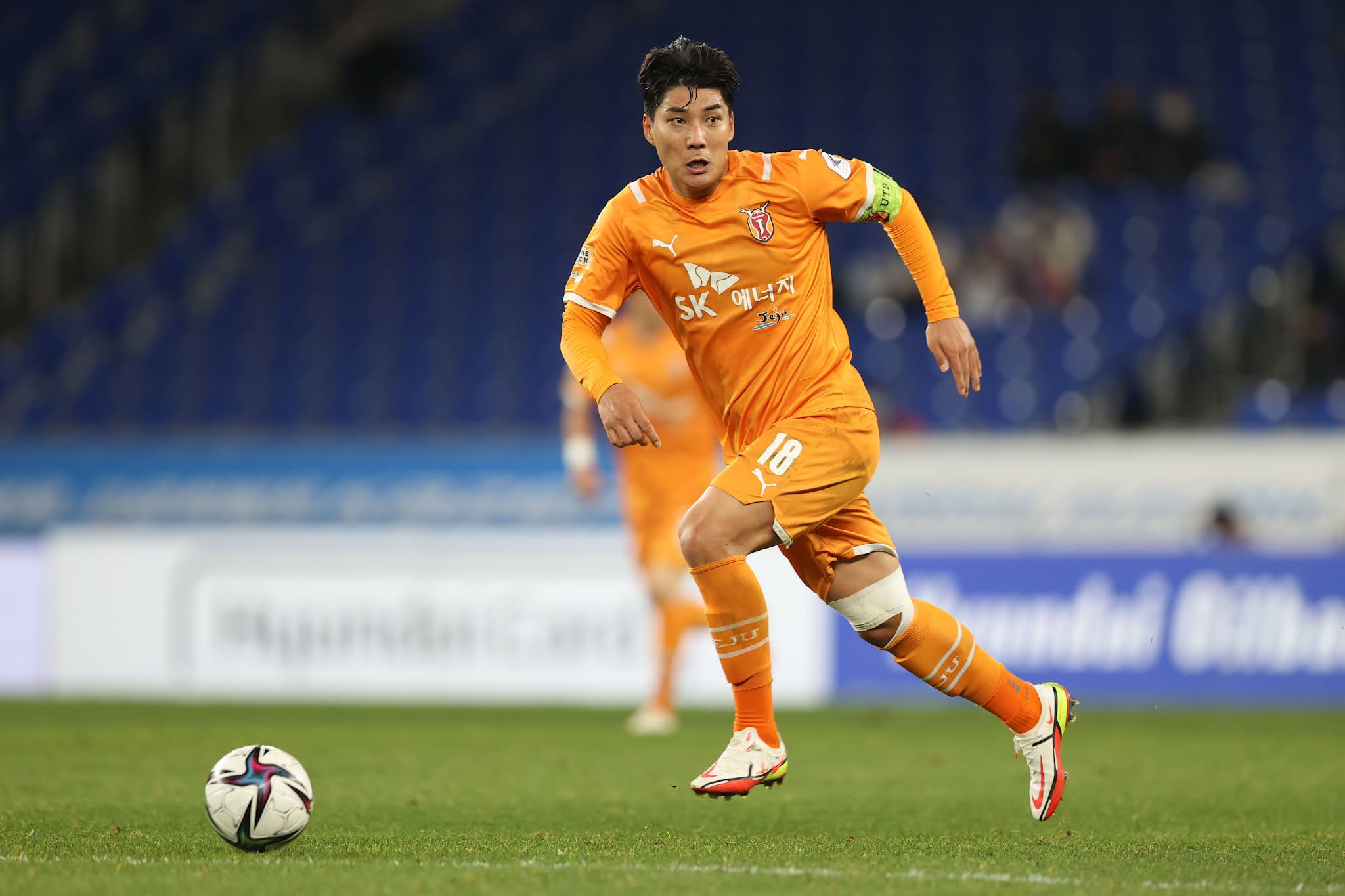 On Saturday Jeju United host Suwon FC in a game that can be seen as a clash of the two best strikers in this K League 1 season. Jeju’s Joo Min-kyu is currently leading the goalscoring table with 21 goals but Suwon FC’s Lars Veldwijk is only three goals behind. With two games left he will try to catch Jeju United’s captain. Both strikers have been crucial for their teams’ success this season and scored on more occasions than any player from their previous teams, Ulsan Hyundai and Jeonbuk Hyundai Motors. On Saturday it will be a fascinating clash between the league’s two top goalscorers and their teams, which are only three points apart. 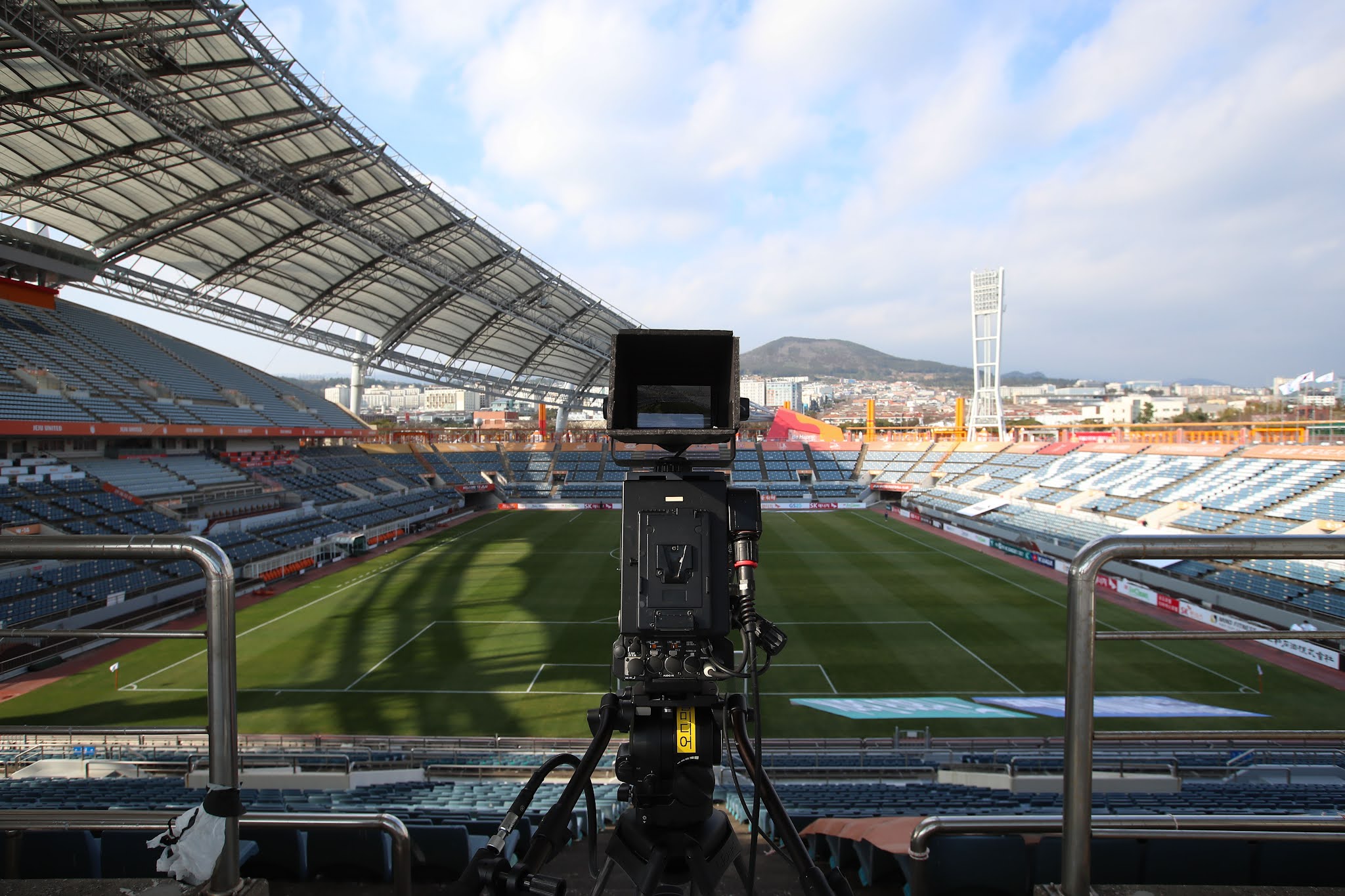 Fans in countries with K League overseas broadcasting rights can watch selected games live on television. More information can be found here.
Alternatively, the matches are also available for FREE on tv.kleague.com