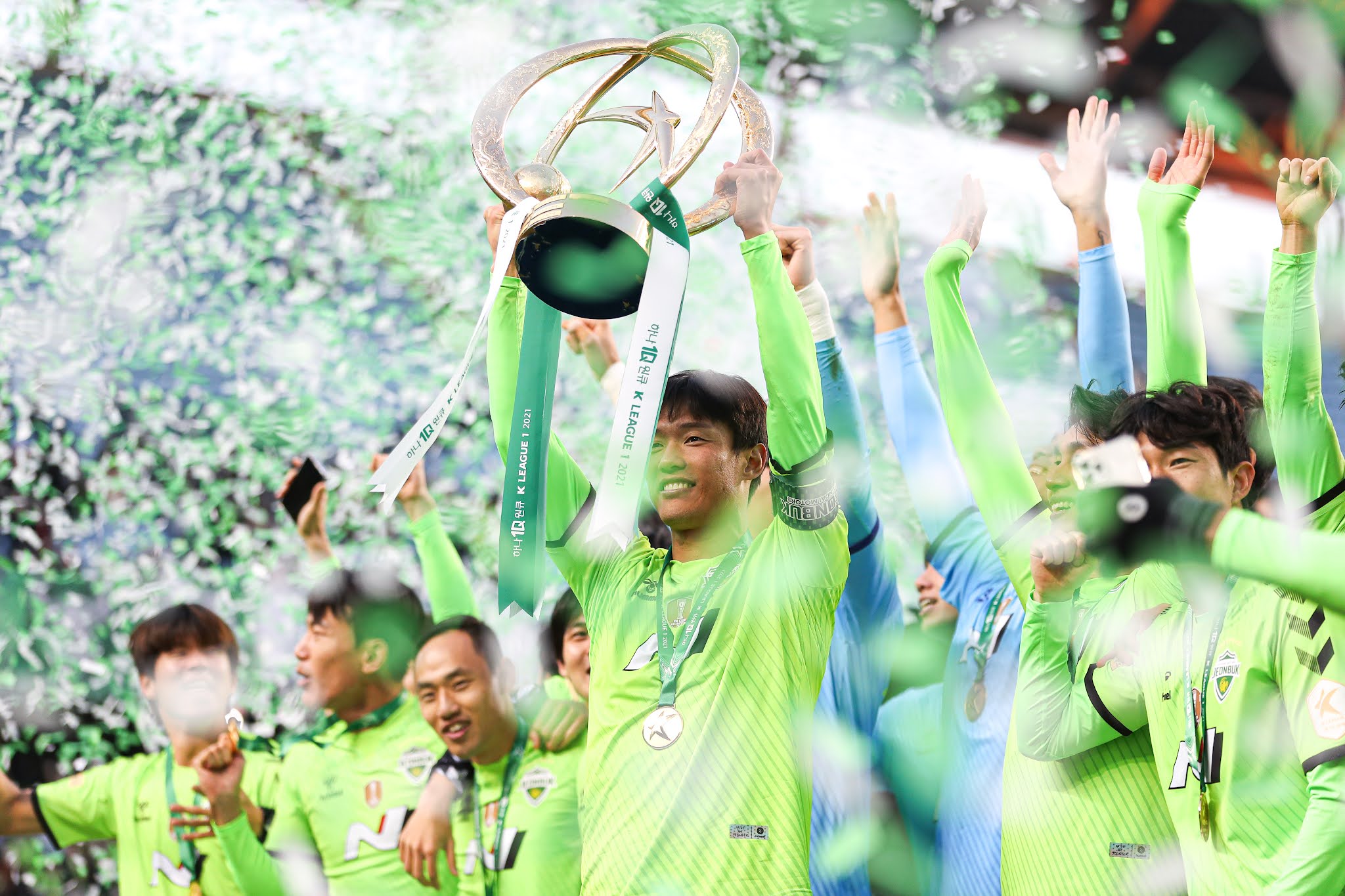 Jeonbuk Hyundai Motors are K League Champions for a record fifth consecutive season after sealing the club's ninth title overall on Sunday. The Green Warriors sealed their latest crown on the final day following a 2-0 win over Jeju United.

In what was one of the closest K League 1 title races ever, Jeonbuk Hyundai Motors have made it five titles in a row and a first for new manager Kim Sang-sik.

Needing just a draw, Jeonbuk ran out 2-0 winners thanks to second-half strikes from Han Kyo-won and Song Min-kyu.

A Jeonbuk legend as a player, Kim guided the Green Warriors to 22 victories from 38 games, giving him a 59% win ratio.

Jeonbuk's attack was led by Brazilian ace Gustavo and "first-class" Stanislav Iljutcenko who bagged 15 goals each. Both finish the season level to share the mantel of leading goalscorer.

Overall, Jeonbuk scored the most goals in K League 1 this season with 71, conceded the fewest with 38 and won 22 matches out of 38.

Kim Bo-kyung ends the season as the league's joint-leading assist maker with 10.

The 2021 Hana 1Q K League title is a first piece of silverware for Paik Seung-ho, who joined Jeonbuk in the summer from German club Darmstadt, as well as fellow Korean international Song Min-kyu who was signed from Pohang Steelers earlier this year and his former Steelers teammate Stanislav Iljutcenjko.