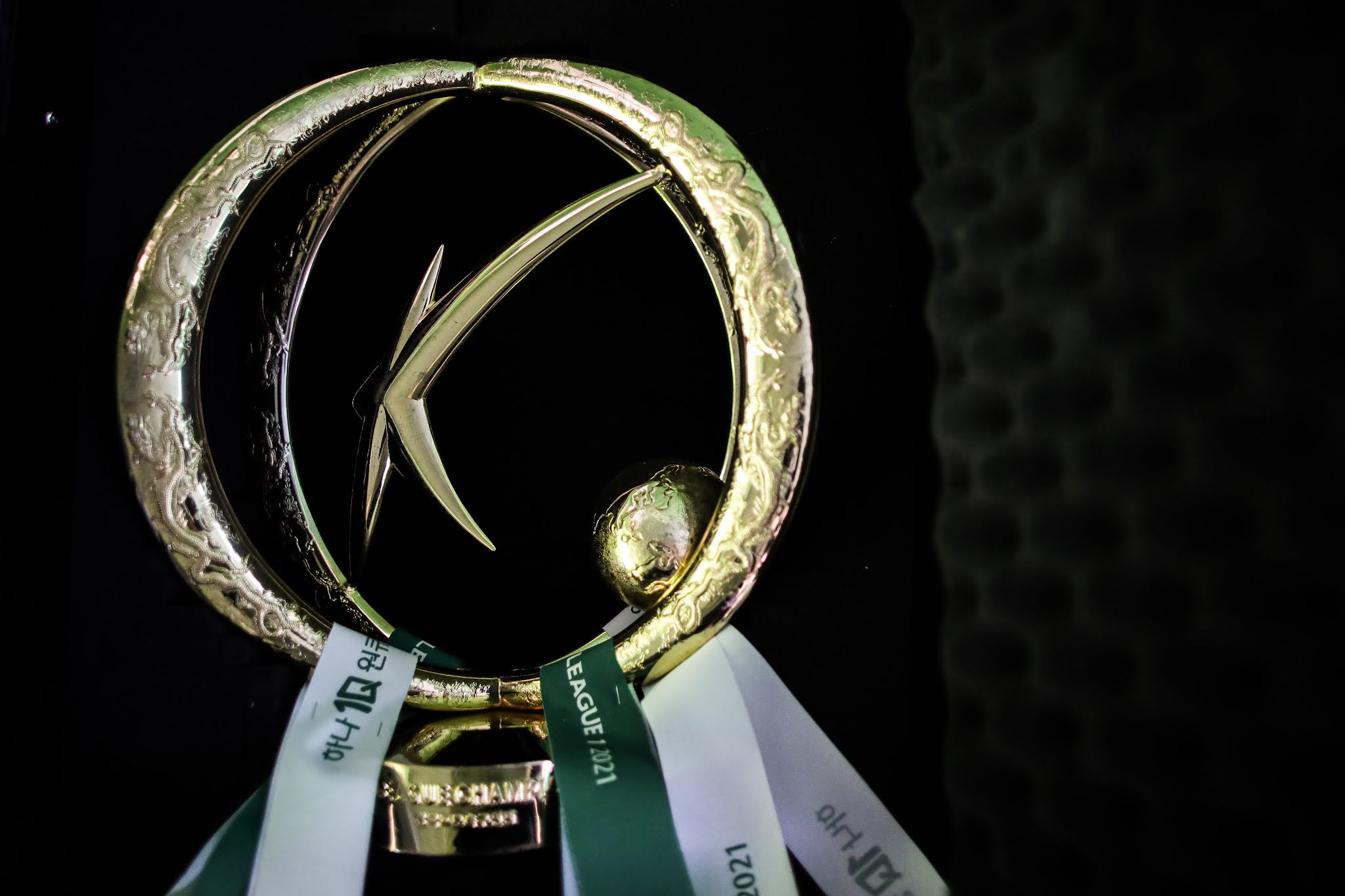 For the first time in nearly a quarter of a century a defender has won the K League 1 MVP Award. Jeonbuk Hyundai Motors centre back Hong Jeong-ho has been named as Most Valuable Player in K League, his manager Kim Sang-sik has won the Manager of the Year Award while Ulsan Hyundai's Seol Young-woo is this year's Young Player of the Year. 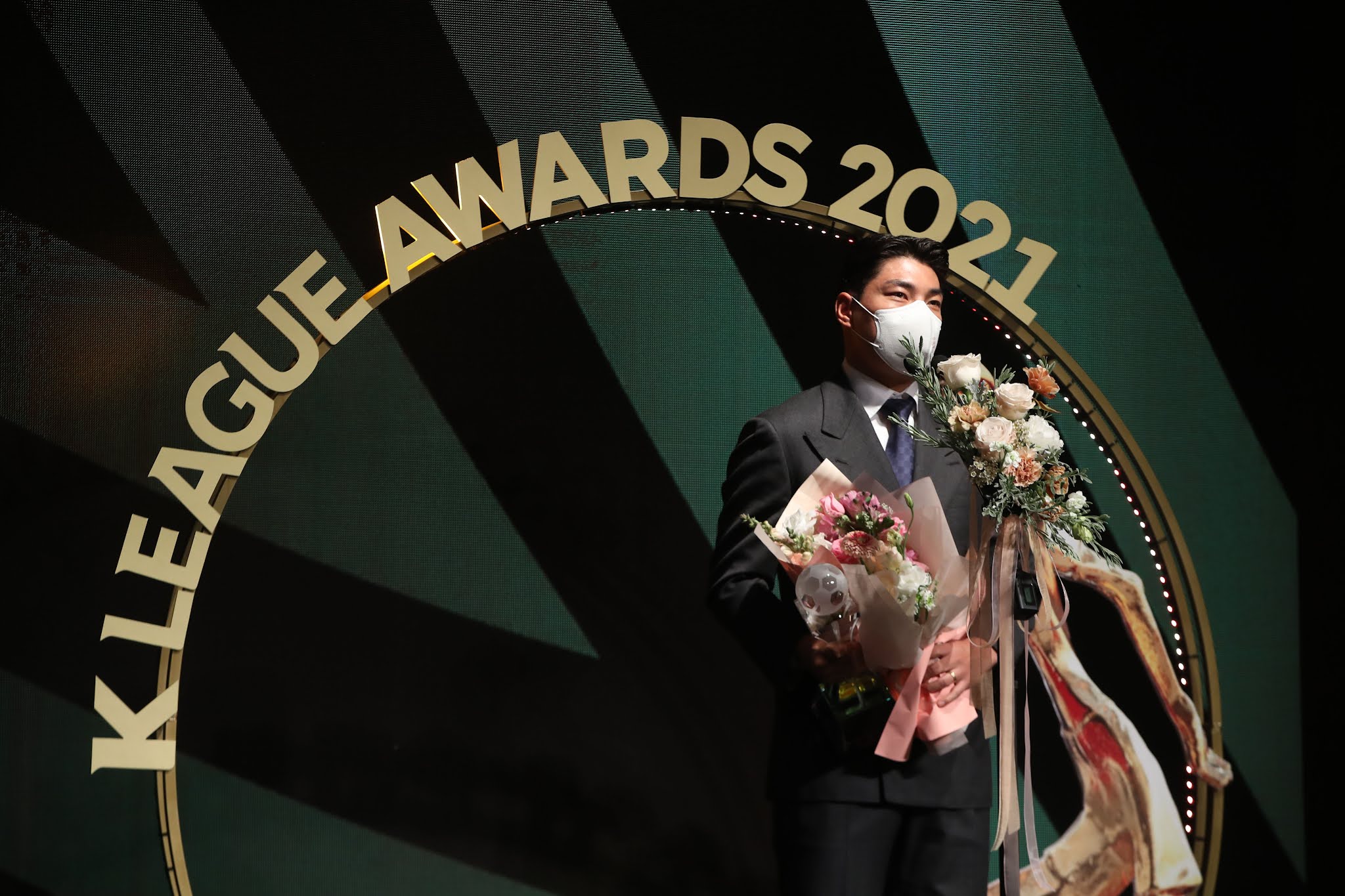 Joo Min-kyu played 34 games for Jeju United this season and scored 22 goals. Joo Min-kyu, who scored an average of 0.65 goals per game, has become the first Korean player to win the top goalscorer award since Jung Jo-gook in 2016, five years ago. Of the 22 goals, Joo Min-kyu scored just once with his left foot, eight times with his right, six penalties and seven headers. Joo's scored seven in the first half of matches and 15 goals in the second half. 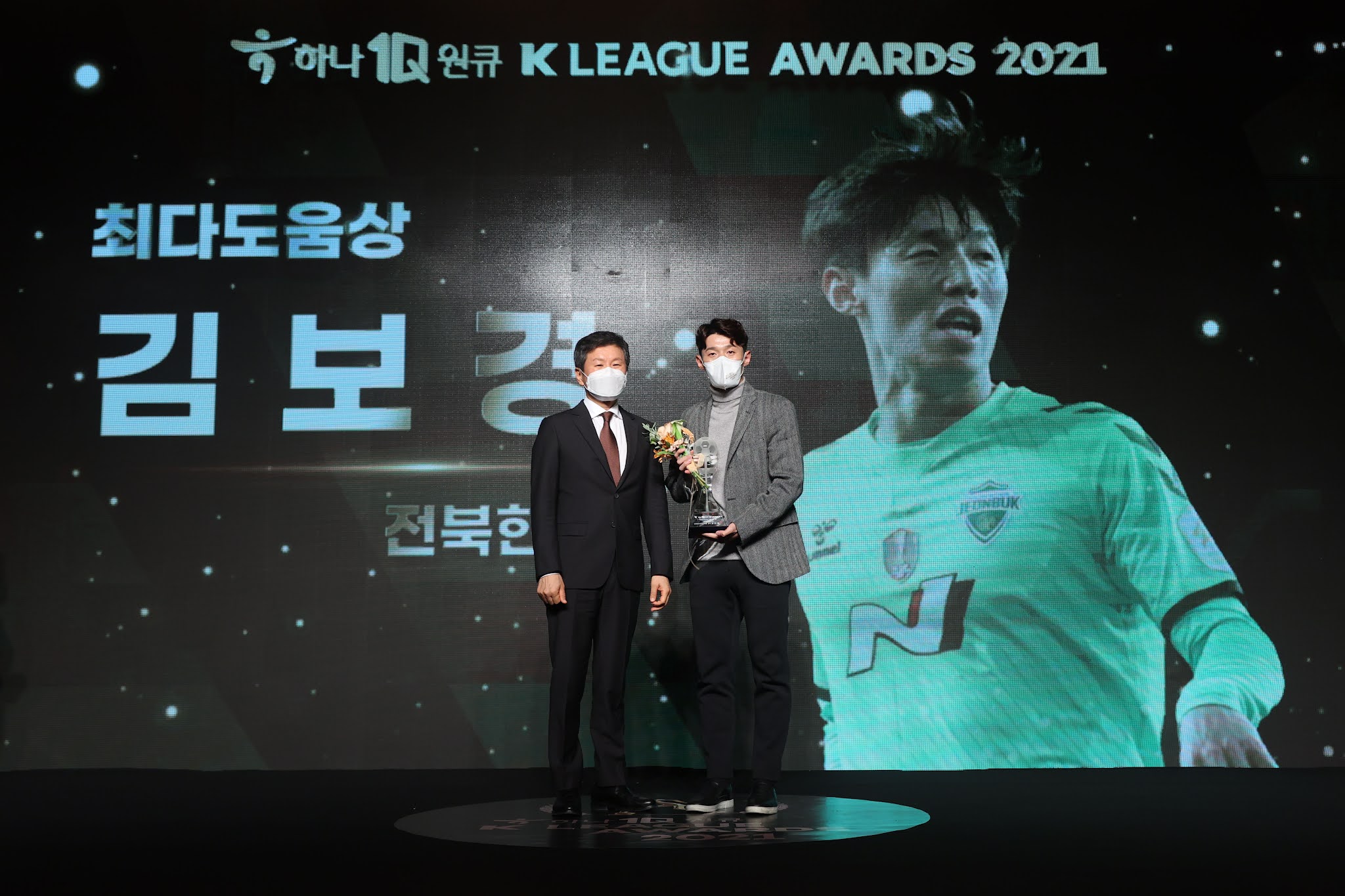 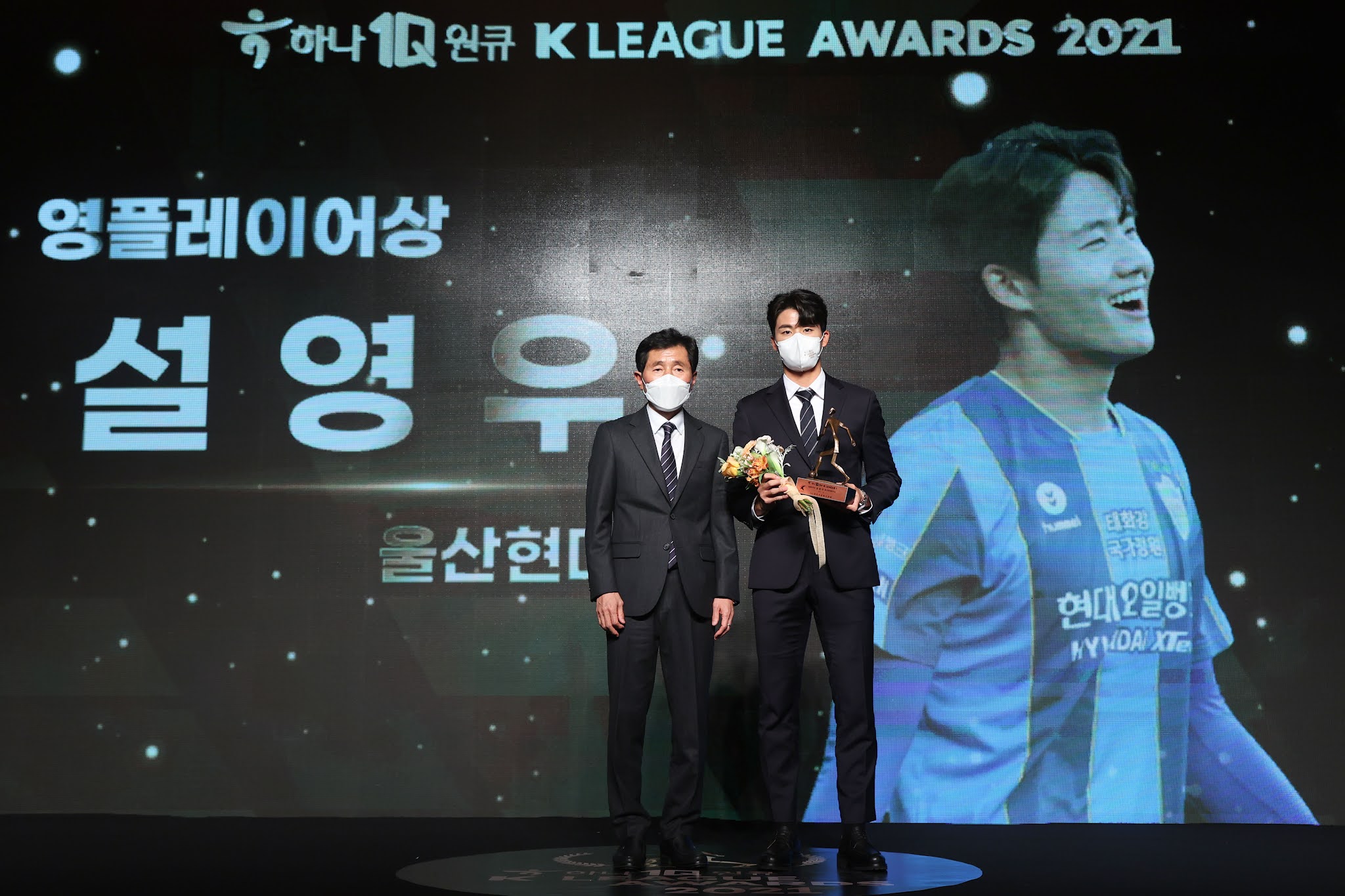 Ulsan Hyundai's Seol Young-woo has won the 2021 Young Player Award. Seol earned votes from three out of the 12 K League 1 managers, seven out of the 12 captains and 51 out of 118 votes from the media. Based on 100 points, Seol Young-woo's score was 42.29, far ahead of competitors Jung Sang-bin (26.27 points), Um Won-sang (17.92 points), and Ko Young-joon (13.52 points). Seol Young-woo, who is in his second year as a professional, played 31 games this season, scored two goals and laid three assists, playing as Ulsan's main left fullback. 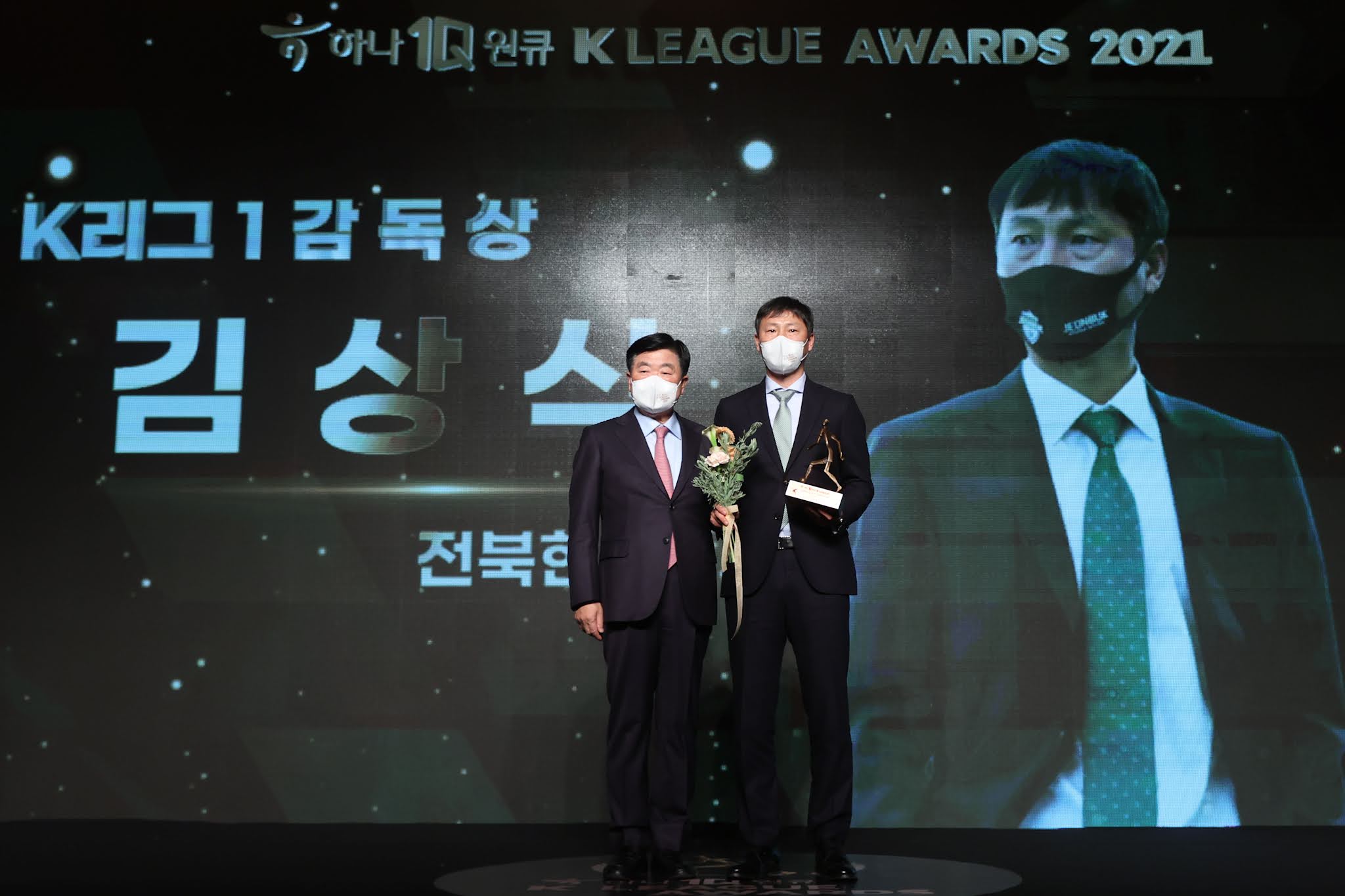 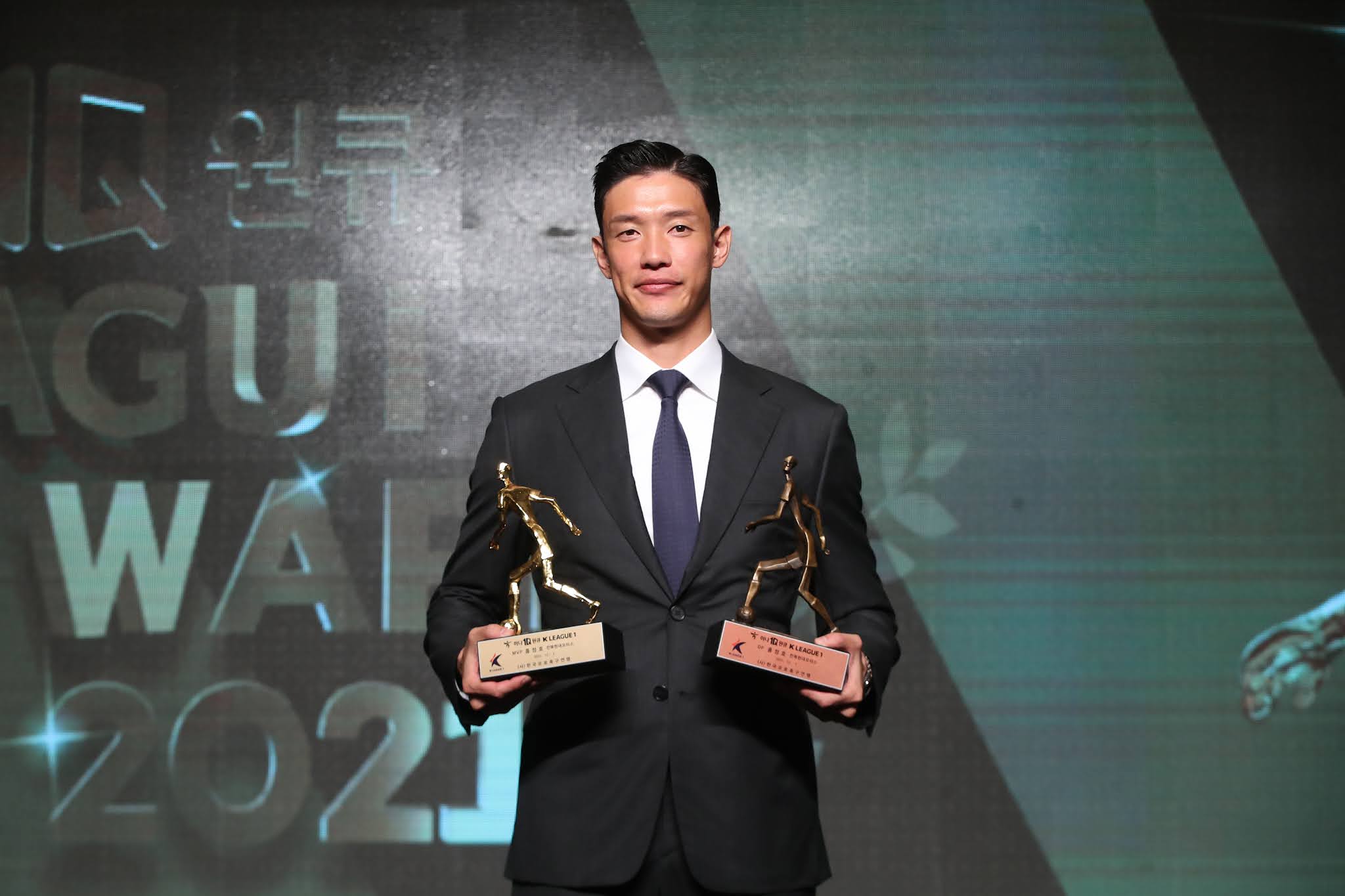 Hong Jeong-ho is 2021 K League 1 MVP. The Jeonbuk captain earned six votes from the 12 K League 1 managers, six votes from his fellow captains and 56 votes from the media. With a combined score of 48.98, Hong beat second-place Joo Min-kyu (39.45 points) who ended the season as top goalscorer. In the defensive third, Hong made 50 interceptions (2nd), 186 acquisitions (4th), 85 clearances (9th), 100 blocks (11th). In addition to defence, he scored the first goal of the 2-0 Round 37 win over Daegu FC to take Jeonbuk one step closer to the league title. 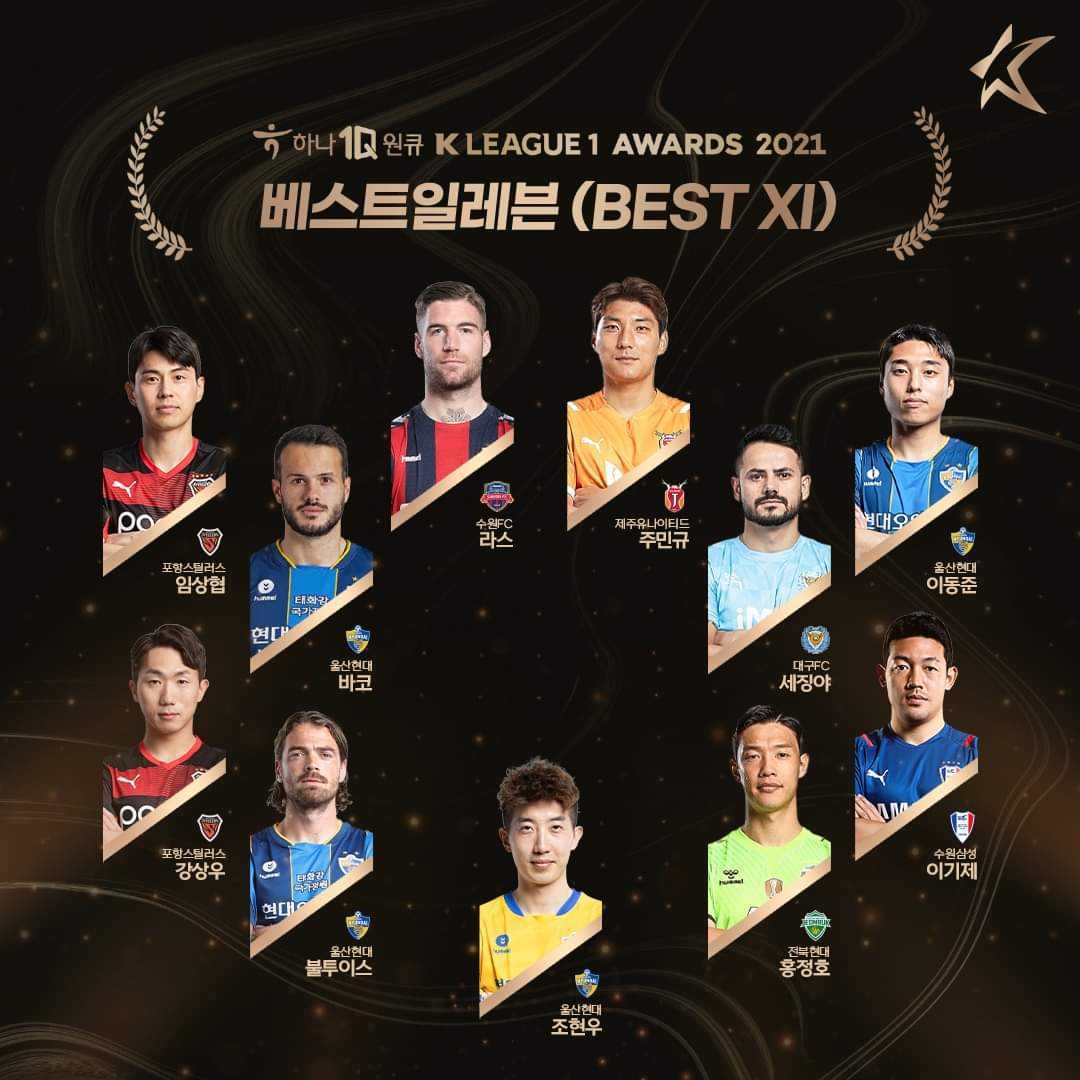