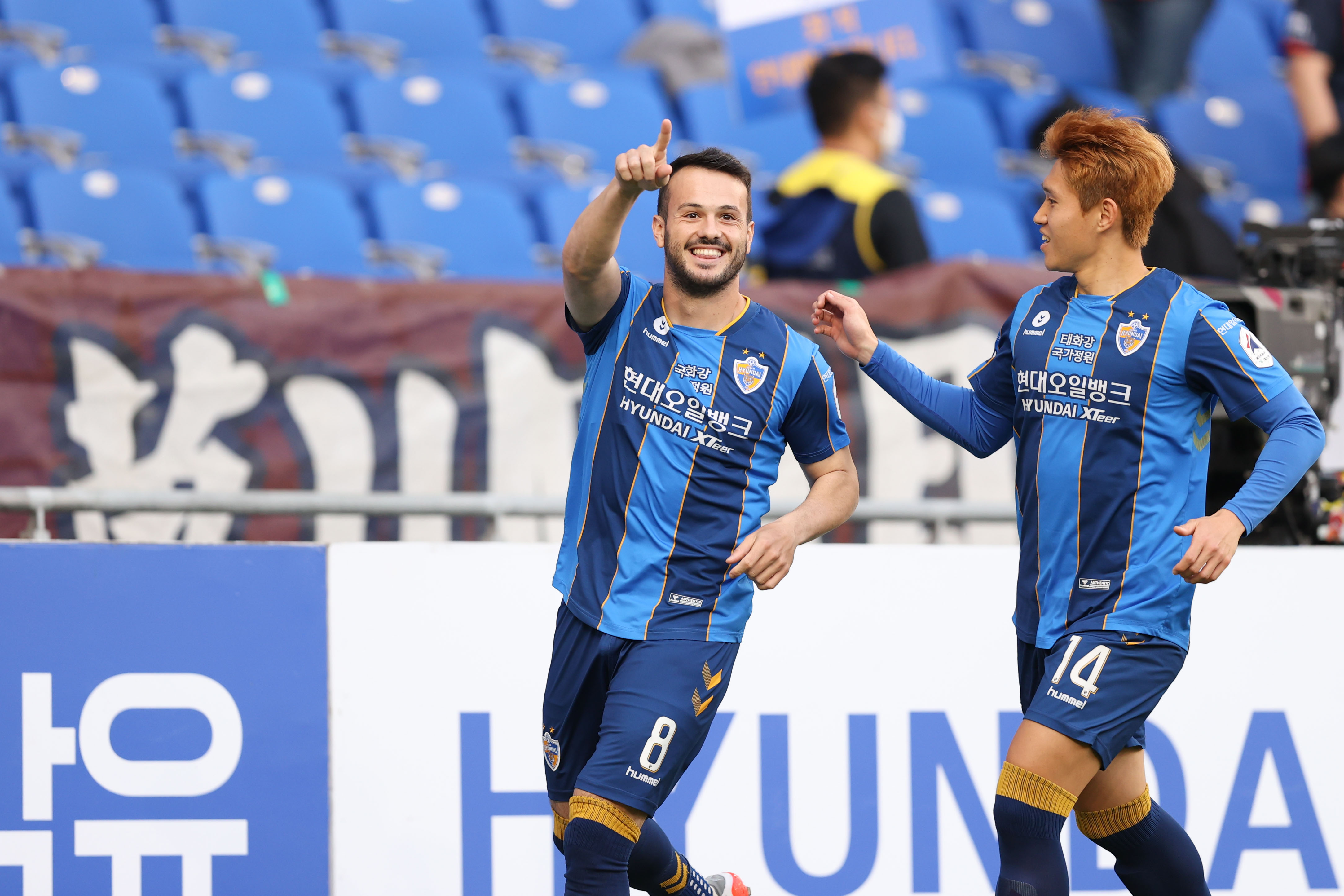 Among the players who were playing in K League for the first time in 2021, who stood out the most? Who scored the most goals? Who had the most shots on target or made the most interceptions? Those questions are answered in the latest instalment of K League 1 Top Threes.

He took to K League like a duck to water, or a magpie to grasslands, meadows or on the edges of a forest... Seongnam FC's Fejsal Mulić made his K League debut in 2021 and scored 13 goals in 36 appearances what was an impressive first season. Second in goal-scoring newcomers was Ulsan's "Vako" Qazaishvili with nine from 34 while Jeju United's Gerson Fernandes had a productive season with five goals in 32. Ulsan's Lukas Hinterseer scored six goals but left the club midway through the campaign.

It will be of little surprise, then, to say that Mulić recorded the most shots on target as a newcomer. The towering striker made 50 from 36 matches, working out at 1.4 per 90 minutes.  Qazaishvili was second with 35 at just over one per match, while Gwangju FC's Brazilian ace Reiss recorded 21 from 30 matches (0.7 per 90 minutes).

It's that man again, Qazaishvili who not only made the most successful dribbles as a newcomer in 2021 but actually, according to K League Data Portal, made the most dribbles out of any player in the top flight. The Georgia international went on 30 successful dribbles, Jeju's Gerson Fernandes came second as a newcomer with 23 while Reiss, again proving that his arrival was a bright spot in an otherwise difficult season for the Yellows, came in third with 11.

What about the creators? Gwangju FC's Reiss recorded five assists from 30 appearances, while Qazaishvili laud on four assists to take second spot in the assists for newcomers charts too. In K League 2, Busan IPark's Domagoj Drožđek recorded two assists from 19 starts and 32 appearances K League overall for the Royals.

Chances are if you lead your team with key passes then you're most likely to be seen as a key player. That certainly was the case for the players in this top three. Gwangju's Reiss made the most as a newcomer with 35, working out at just over one per match, followed by Qazaishvili with 27 (0.79 per 90) while Jeju's Gerson was third with 25.

But what about defensively? Incheon United's Harrison Delbridge made his K League debut in 2021 and made the most interceptions as a newcomer with 87 from 34 matches (2.2 per 90 minutes). Interestingly, Ulsan's Qazaishvili came in second with 48 (1.3 per 90), while Ansan Greeners defender Go Iwase came in third with 48 in K League 2 (1.8 per 90).