Looking back on 2021 through interviews with the players and managers of K League. First up, it's goodbye from Dejan Damjanović, Jeju boss Nam Ki-il looks ahead to the new season, and Busan IPark's Valentinos Sielis talks about how he had fallen in love with football again. 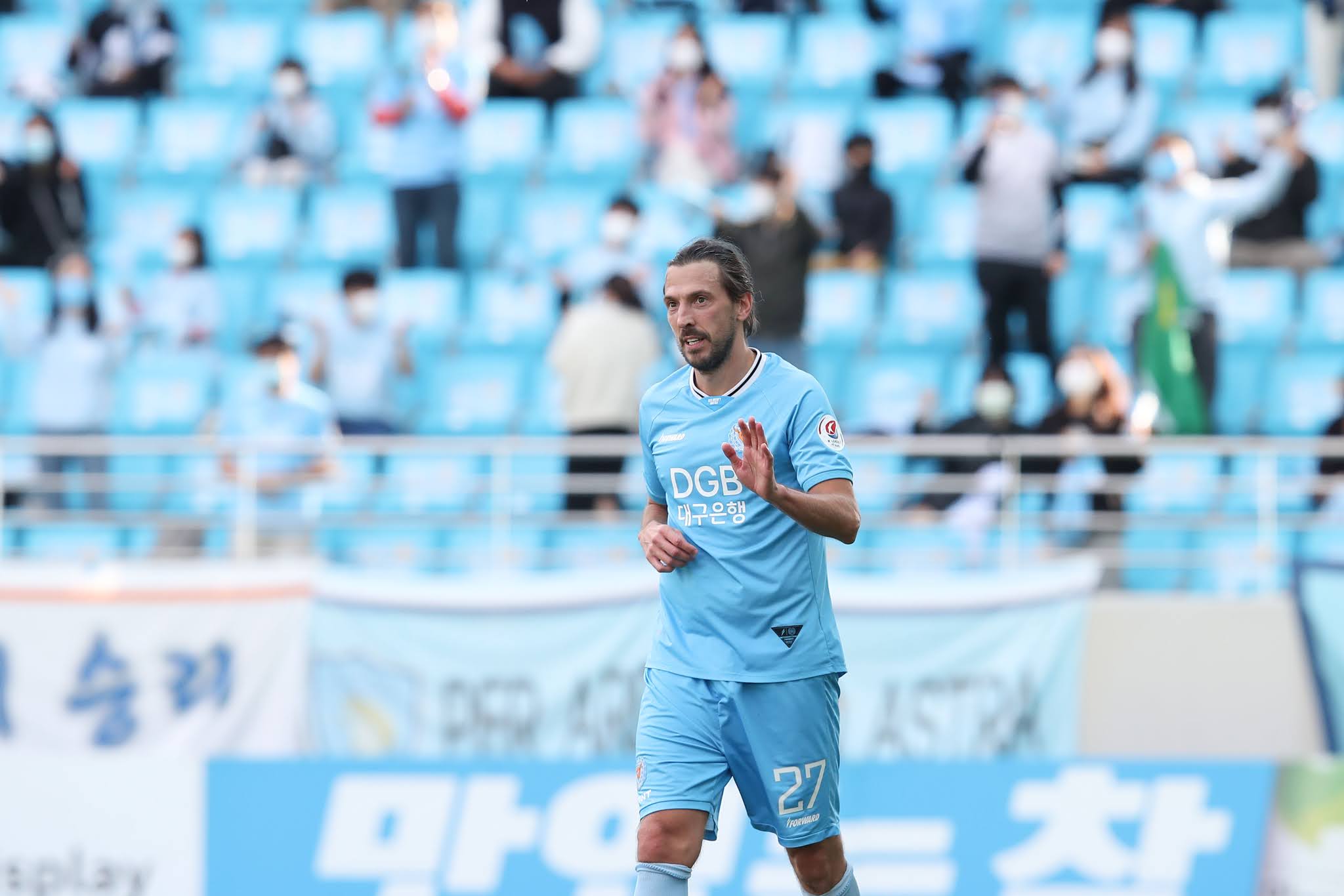 We began the year with K League legend Dejan Damjanović bidding farewell to Korea after a goal and trophy-laden K League career. Dejan left Daegu FC for Hong Kong Premier League side Kitchee but stopped by for a look back on his glittering career.

"I didn’t plan to finish like this but what can I do? I was thinking that I would stay in Korea, everybody knows that - I even I left my clothes and my stuff in Daegu. Everything was more than okay. I can’t say it was perfect but I can say it was good. I was thinking I could extend one more year there and finish my career in Korea but it’s okay. Probably it’s a goodbye for playing football in K League but maybe after football for sure I will be back in Korean football but now I’m in Hong Kong." 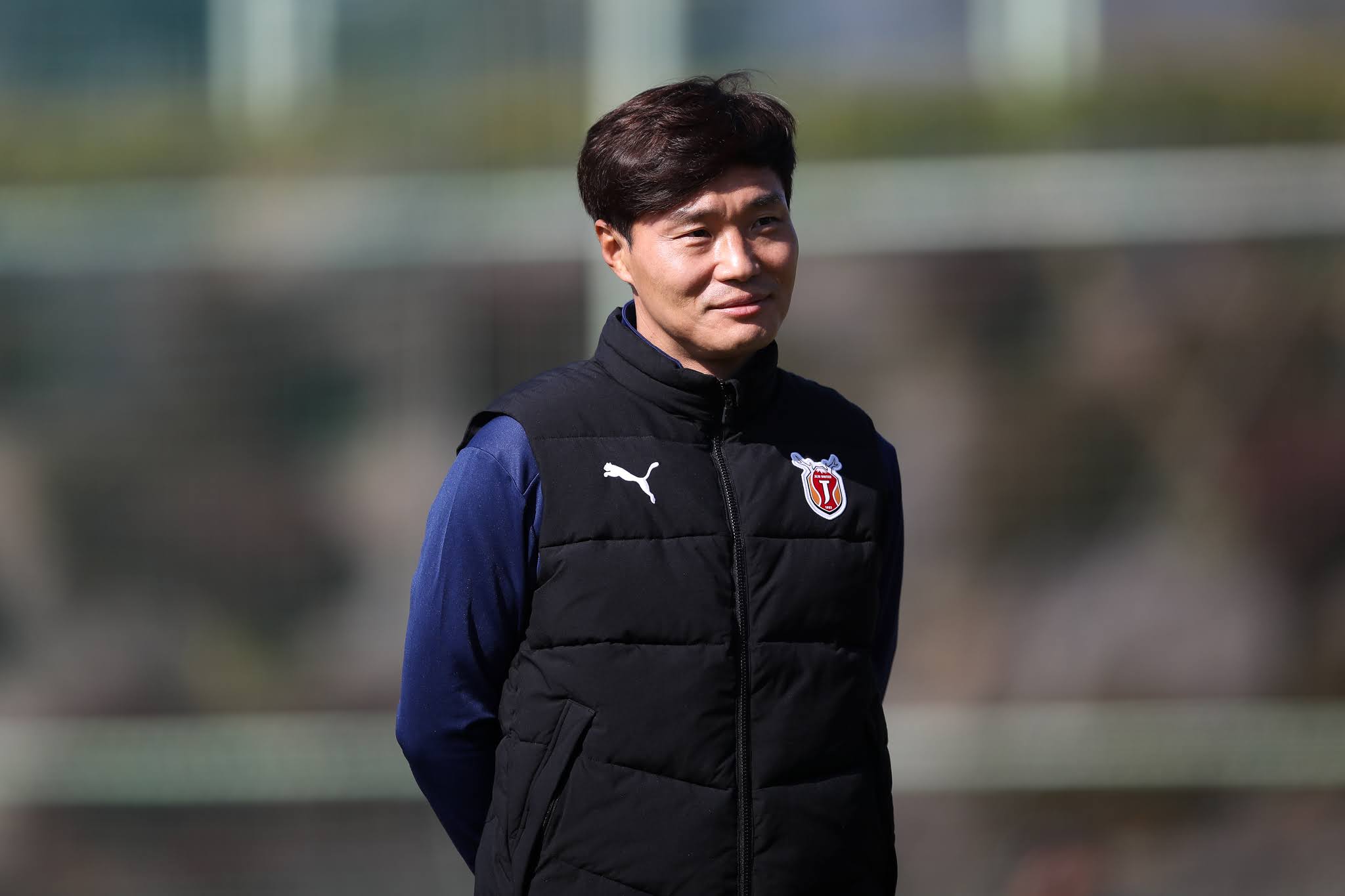 Jeju United manager Nam Ki-il almost guided his team to the AFC Champions League, narrowly missing out on their place on the final day of the season. But even back in February, despite the Islanders being newly promoted, Nam said that there were bigger things to come for his team.

"Our achievement of promotion to K League 1 was not the end goal. It was merely a part of the process for our long term plan. Our ultimate goal is to be at the top of K League 1. That’s why we cannot separate last season from this season when you’re assessing our team as a whole. We’re in the process of consolidating our tactics and strategies, whilst encouraging growth for our players individually."

"Before the start of last season, I set a short term goal, which eventually put us under an excessive burden. We aimed to at least win four and draw one in our first five games. In the end, the result in our first three games was one draw and two losses, which was a big failure. I realized that football never works in the way you planned it to, so for this season, I didn’t set a short term goal for the start of the season." 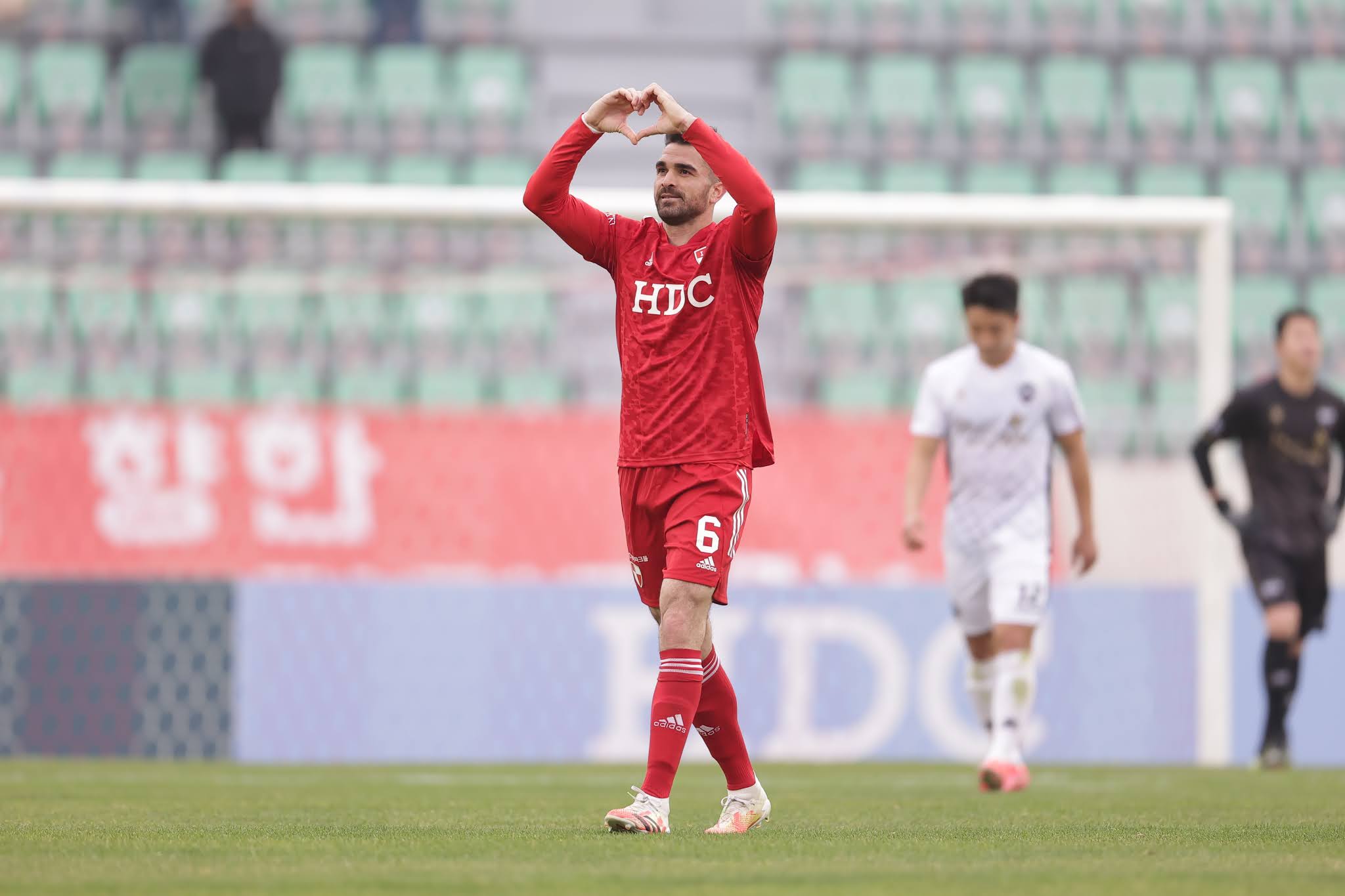 Regular football and even getting on the scoresheet was enough for Valentinos Sielis to fall in love with football all over again. The Cyrpus international was tasked with shoring up Busan IPark's defence and helping Ricardo Peres guide the club back to K League 1 at the first time of asking. It proved to be a season of transition for the Royals, but Valentinos spoke of how he was enjoying his football again.

It's always good to be on the score sheet. Especially if your team wins. So yeah, I can't wait to be on the scoresheet again. It was a hard year for me last year, but I learned from every experience, I only keep the good stuff - I learned a lot in Jeju. It's important for me now that I get full support of Busan. And I'm really, really enjoying my time. I'm falling in love with football again. Not like I wasn't in love already, but it was a really hard year for me last year. And they really are helping me here so I'm giving my best so I can give back as much as I can."