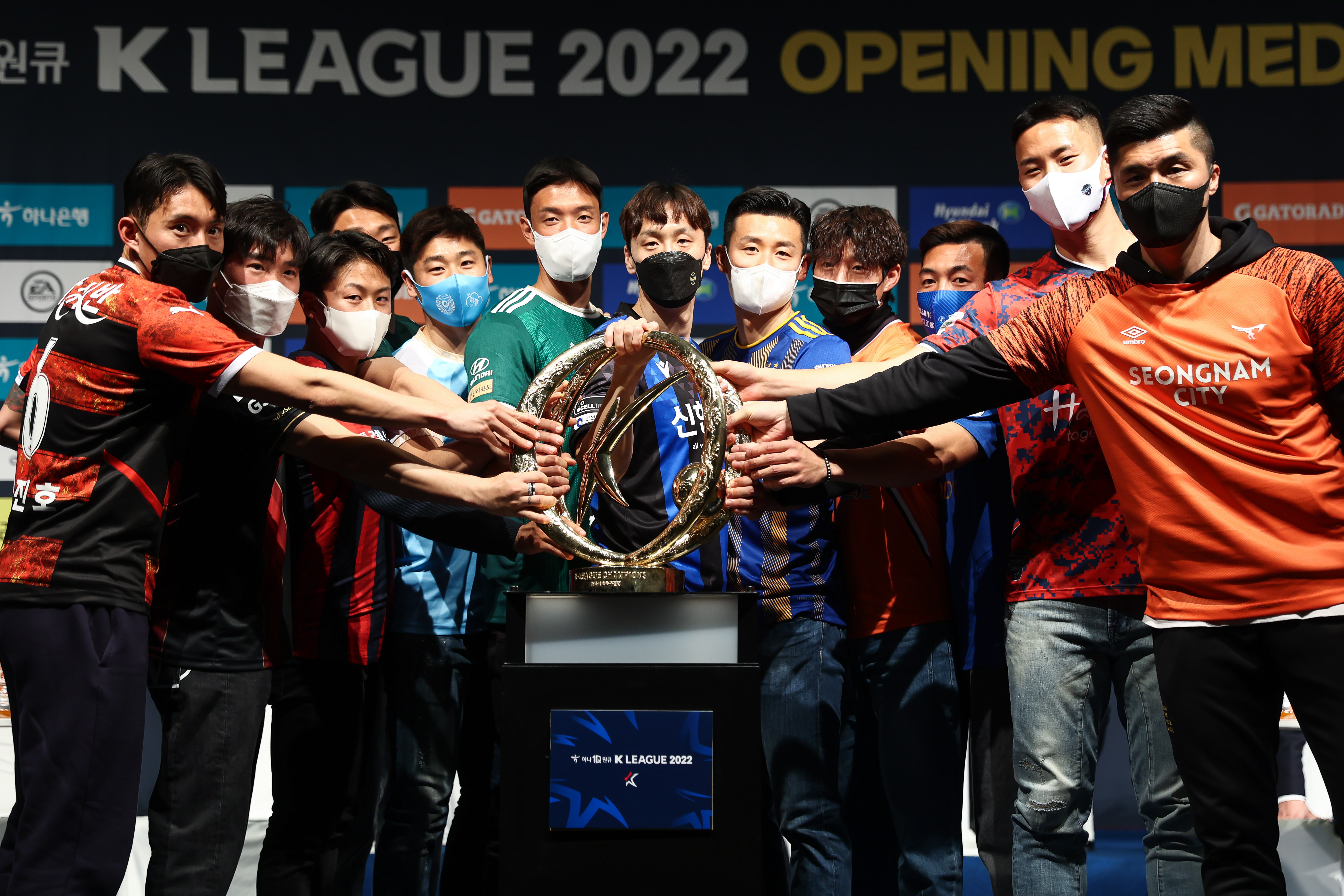 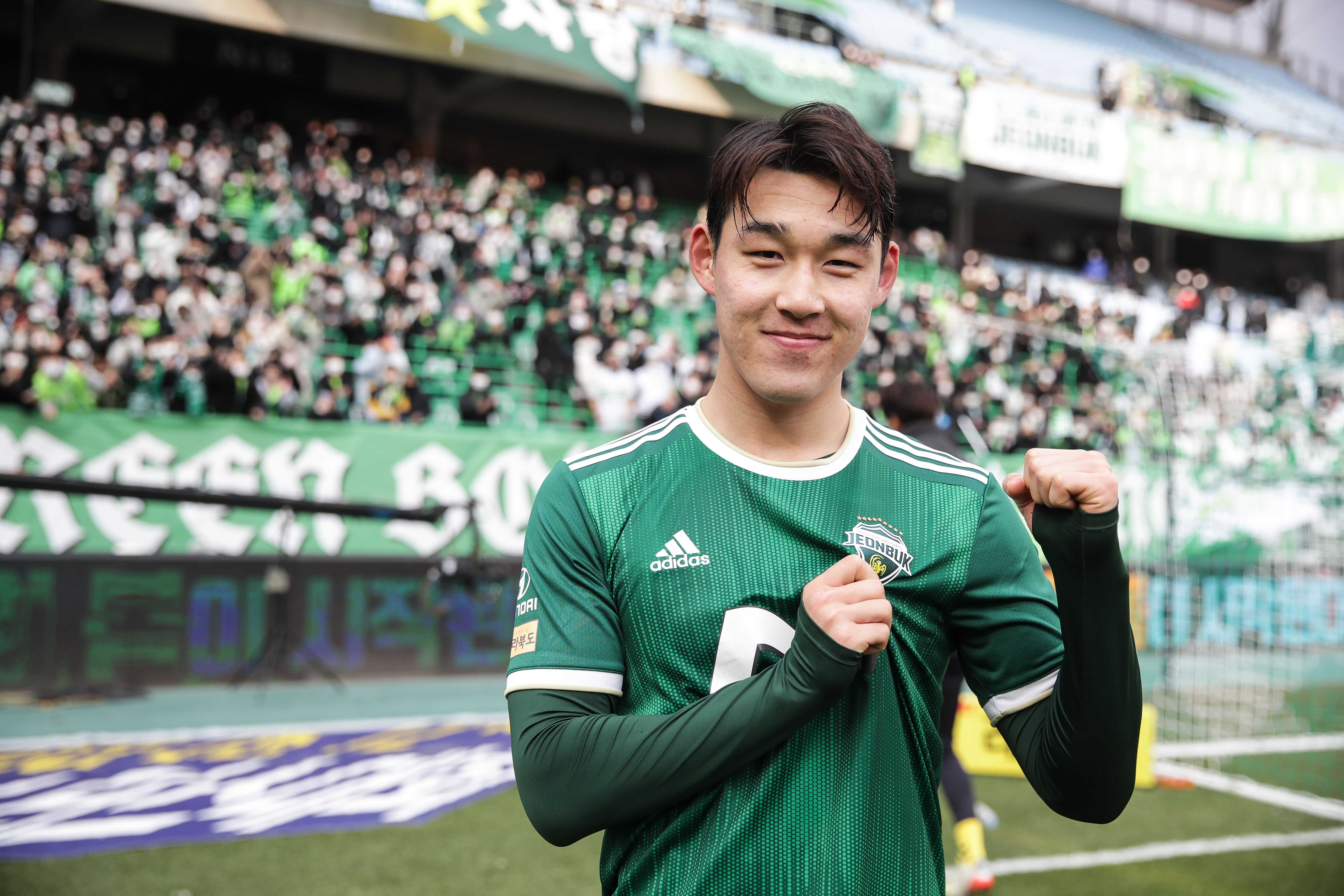 Starting earlier than usual this season due to the Qatar World Cup this winter, both K League 1 and 2 sides kicked off their campaigns for 2022 at the end of February. Jeonbuk Hyundai Motors and Suwon FC raised the curtain on the top-flight in a match that saw Korean internationals and former Barcelona teammates Paik Seung-ho and Lee Seung-woo line up against each other for the first time. In a tense affair, the game was ultimately decided by a moment of brilliance from winger Moon Seon-min to play through Song Min-kyu and net the game's only goal, earning three points for reigning Champions Jeonbuk.
Elsewhere in the top flight that weekend, fans around the country were able to take in victories for FC Seoul, Incheon United, Pohang Steelers and Gangwon FC, while K League 1 newcomers Gimcheon Sangmu started their campaign off with a draw away to Ulsan Hyundai. 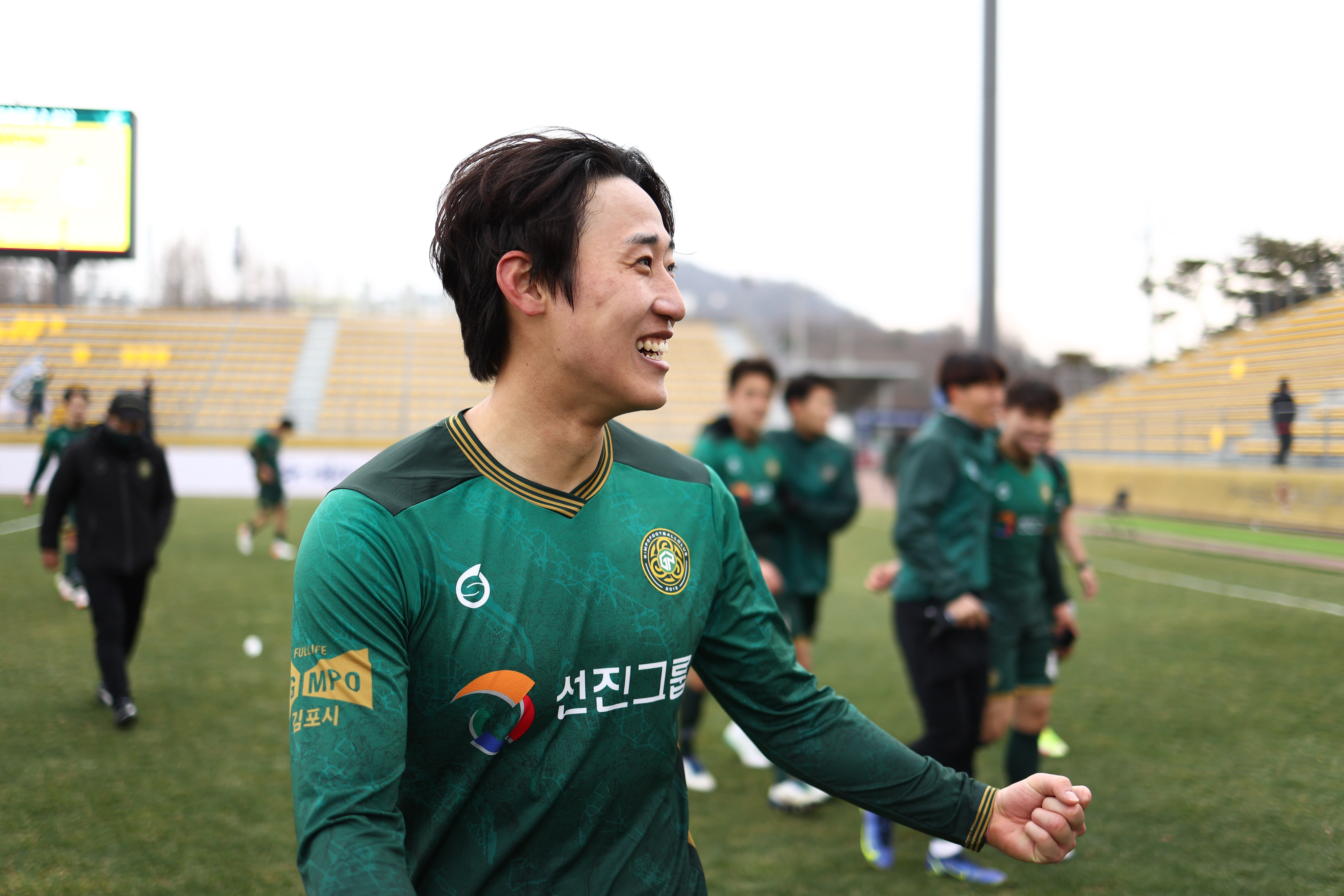 In K League 2, two sides new to the division this year in Gwangju FC and Gimpo FC got things underway with K3 League Champions Gimpo earning a 2-1 victory against the former first division side, claiming a first-ever K League victory in the process. Elsewhere, FC Anyang got off to a winning start along with Seoul E-Land while Ansan Greeners held Busan IPark and Bucheon FC 1995 picked up a goalless draw against Chungnam Asan. 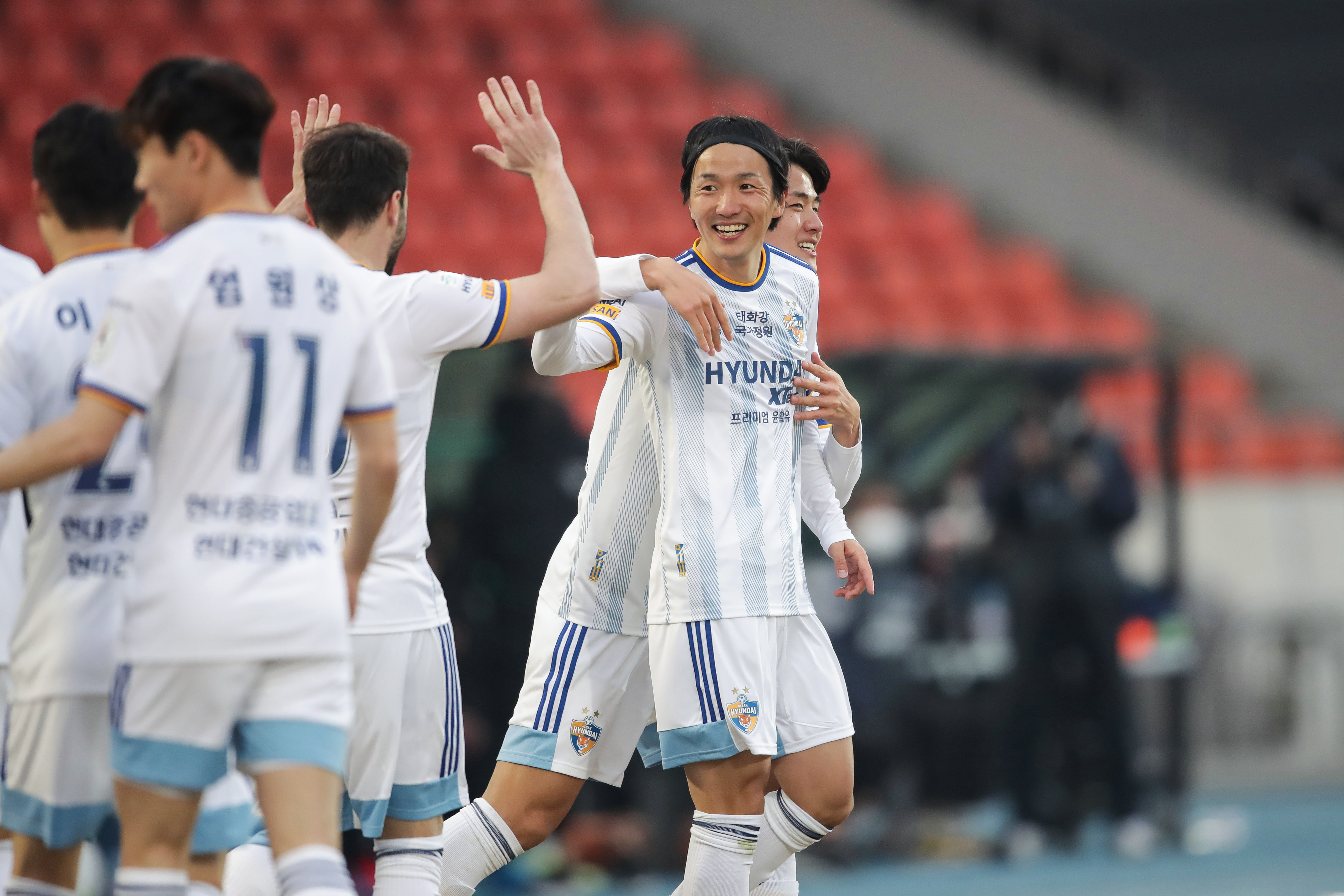 Having signed for Ulsan Hyundai in the winter, seasoned J.League midfielder Jun Amano has taken to life in the K League well, scoring twice in his second appearance of the campaign. Amano's first goal for the club, a left-footed half-volley on a loose ball in the penalty area to break the deadlock against Seongnam, would go on to earn the Gatorade G Moment for February. In competition with Jeonbuk Hyundai Motors' Song Min-kyu, Jun Amano's goal would record 61% of the vote to declare him the winner of the award. 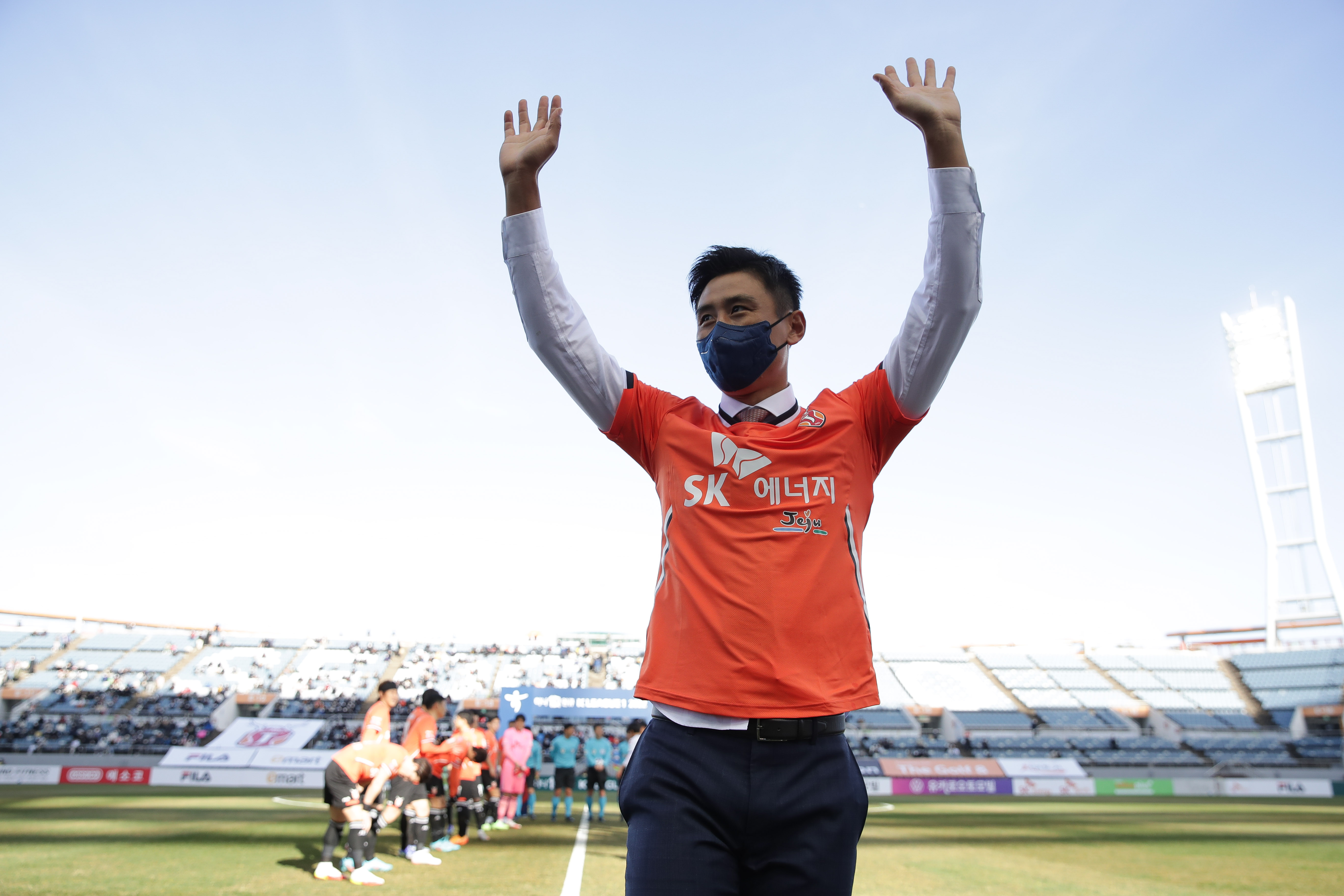 There are a number of renowned Korean players that have made their return to K League this season or are stepping foot in the division for the first time in their careers. Jeju United welcomed home midfielder Koo Ja-cheol after having spent 12 seasons abroad in Germany and in Qatar. Koo was a regular at Jeju between 2007 to 2010 and now the 33-year-old comes home in the hope to help push Jeju into AFC Champions League contention this season.
Elsewhere, Incheon United have signed Lee Myung-joo. The former Korean international midfielder is returning to K League after two years in the UAE with Al Wahda. Lee won the Young Player of the Year award back with Pohang in 2012, scoring five goals and providing six assists in 35 games. He also had spells with FC Seoul and Asan Mugunghwa to register 27 goals and 27 assists in 152 K League appearances. 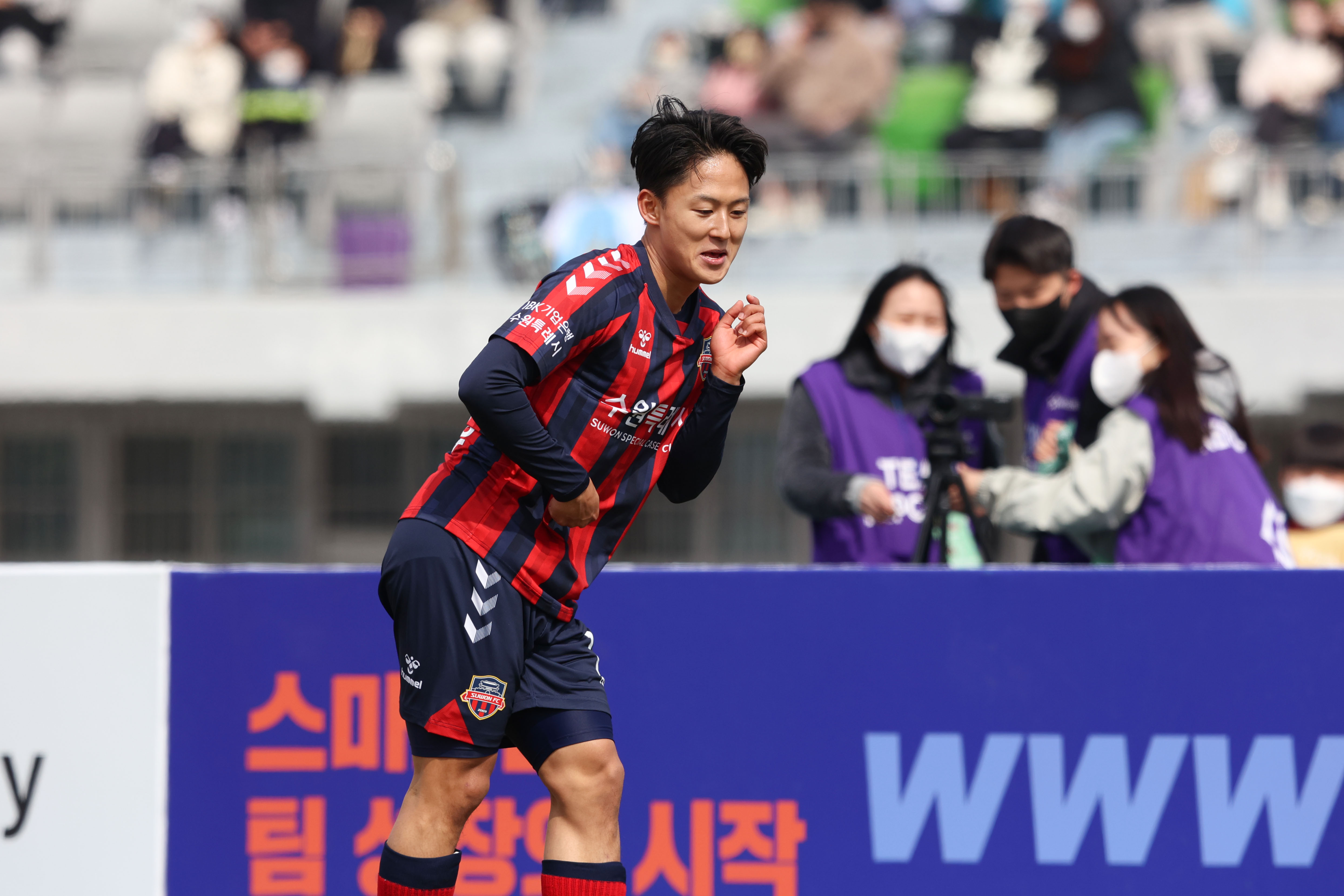 There are a number of Korean internationals who have also made the move to the K League after stints overseas. Suwon FC grabbed headlines for acquiring the signature of former Barcelona youth product Lee Seung-woo as he vyes for inclusion in this year's World Cup. Elsewhere, Ulsan Hyundai have signed Korean National Team centre-back Kim Young-gwon from Gamba Osaka as they look to shore up their defence for another title push this season.
Read More on KLeague.com

"This year will be much better than last year, I'm sure." - Incheon United's Stefan Mugoša 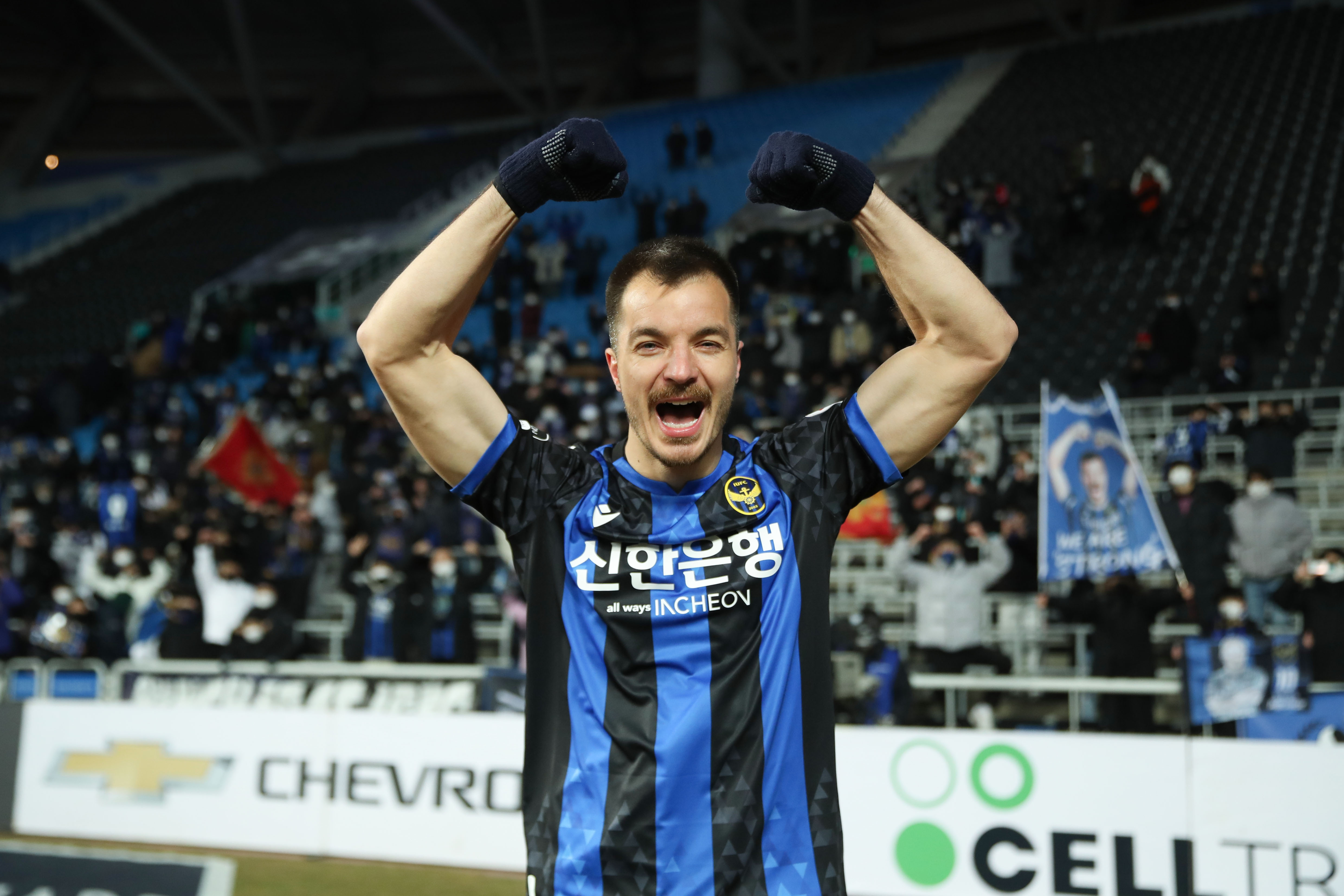 "This year, I think we have a better team than last year, some good players have come to Incheon and they will help us for sure. Especially this year in K League, it's very important to start with a win and this is good for all the players for confidence. Especially Incheon, we need to be strong when we play at home, this needs to be our strong point and we need to play stronger and we need to show good performances. I hope we will win many home games this year."
Read the full interview on KLeague.com
"The job is not done so we'll keep fighting." - FC Anyang's Maxwell Acosty 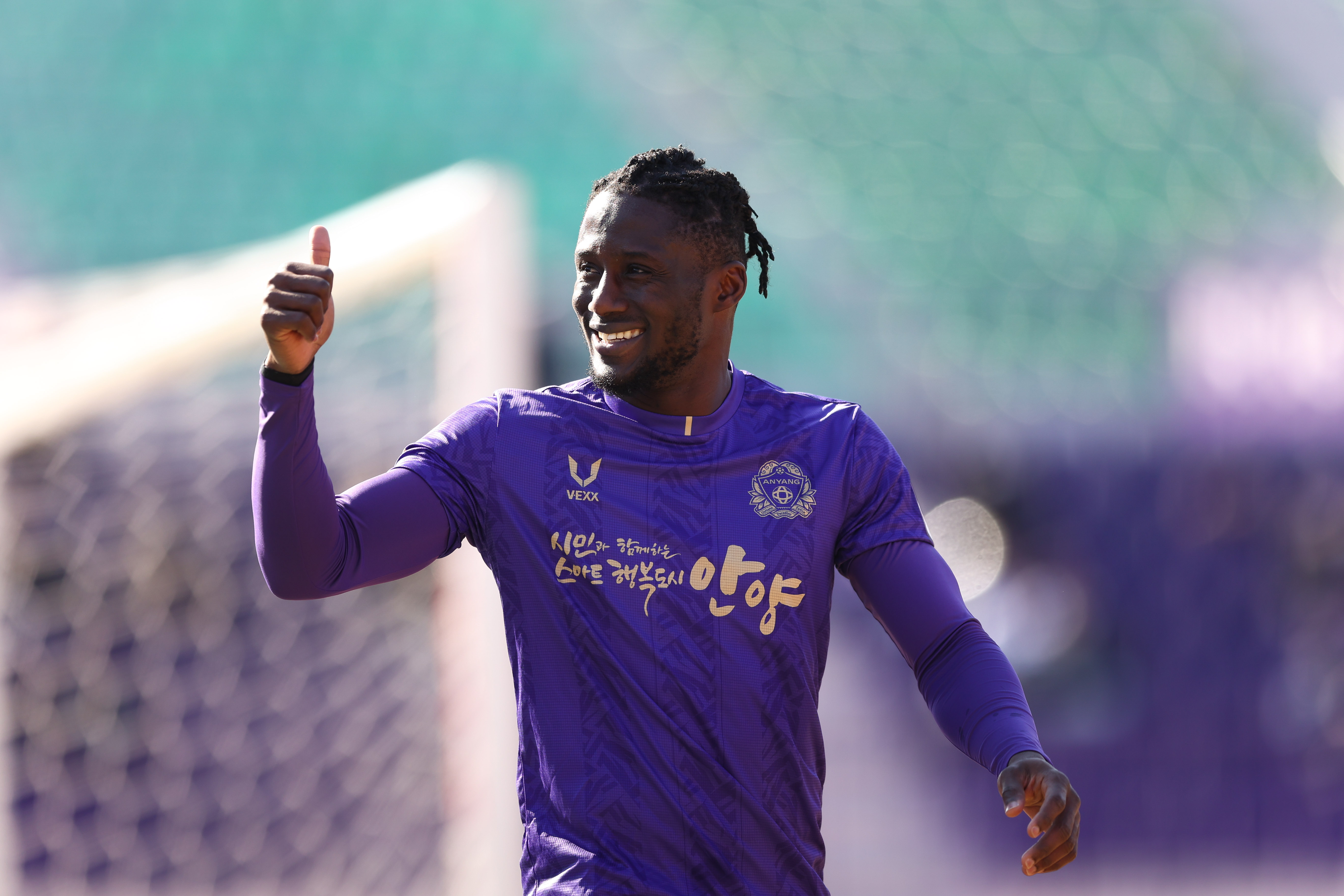 "In our team right now, it doesn't matter who scores. For us, the most important thing is we win the game so if it's (Kim) Kyung-joong who scores or (Hong) Chang-beom who scores, we all celebrate like we've scored. You can see in the clip that I almost broke my shoulder celebrating so hard, you know, so we are really happy, we have very good chemistry. So we're just hoping to play every game like the first and second games and hopefully, we'll get the three points."
"Last season still hurts. It's so hard because we were really close. It was a really big opportunity for us. But as everybody knows, we couldn't make it because we had some bad games, and we lost some points which were really important for us. But this season, the team is better than last year, the chemistry is really good. We are really working really hard. So we have a big, big chance to go up this season and we'll make sure we take the chance."
Read the full interview on KLeague.com With the end of March concluding with World Cup Qualifiers, a number of K League stars were in action for their countries over the international break. Republic of Korea manager Paulo Bento called upon the talents of fifteen K League players from across both divisions including debut call ups for the likes of Suwon FC's Park Min-kyu and Seoul E-Land's Lee Jae-ik, while players such as Kim Jin-su, Kim Tae-hwan and Kwon Chang-hoon were entrusted to start in the side's crucial fixture with Iran. Korea would defeat Iran 2-0 in front of a sellout crowd in Seoul World Cup Stadium, defeating their opponents for the first time in 11 years.
Elsewhere, Ulsan Hyundai forward Valeri 'Vako' Qazaishvili was in action for his native Georgia, starting in a friendly with Albania that finished 0-0.
다음 글 "We are going there to take first spot": Nika Kacharava & Leonard Pllana ACL 2022 Interview
이전 글 Preview: Suwon Samsung Bluewings Vs. Pohang Steelers
K LEAGUE