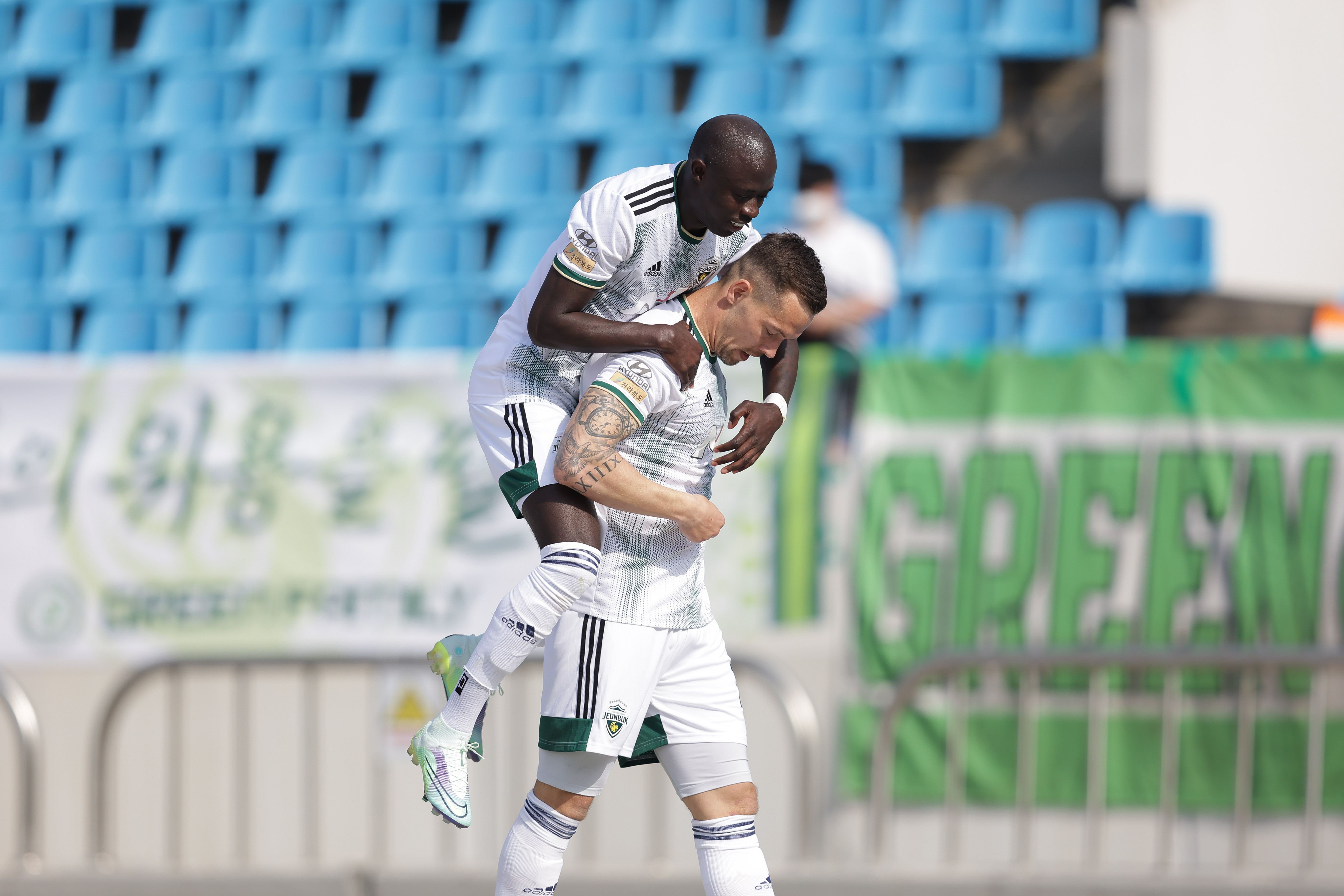 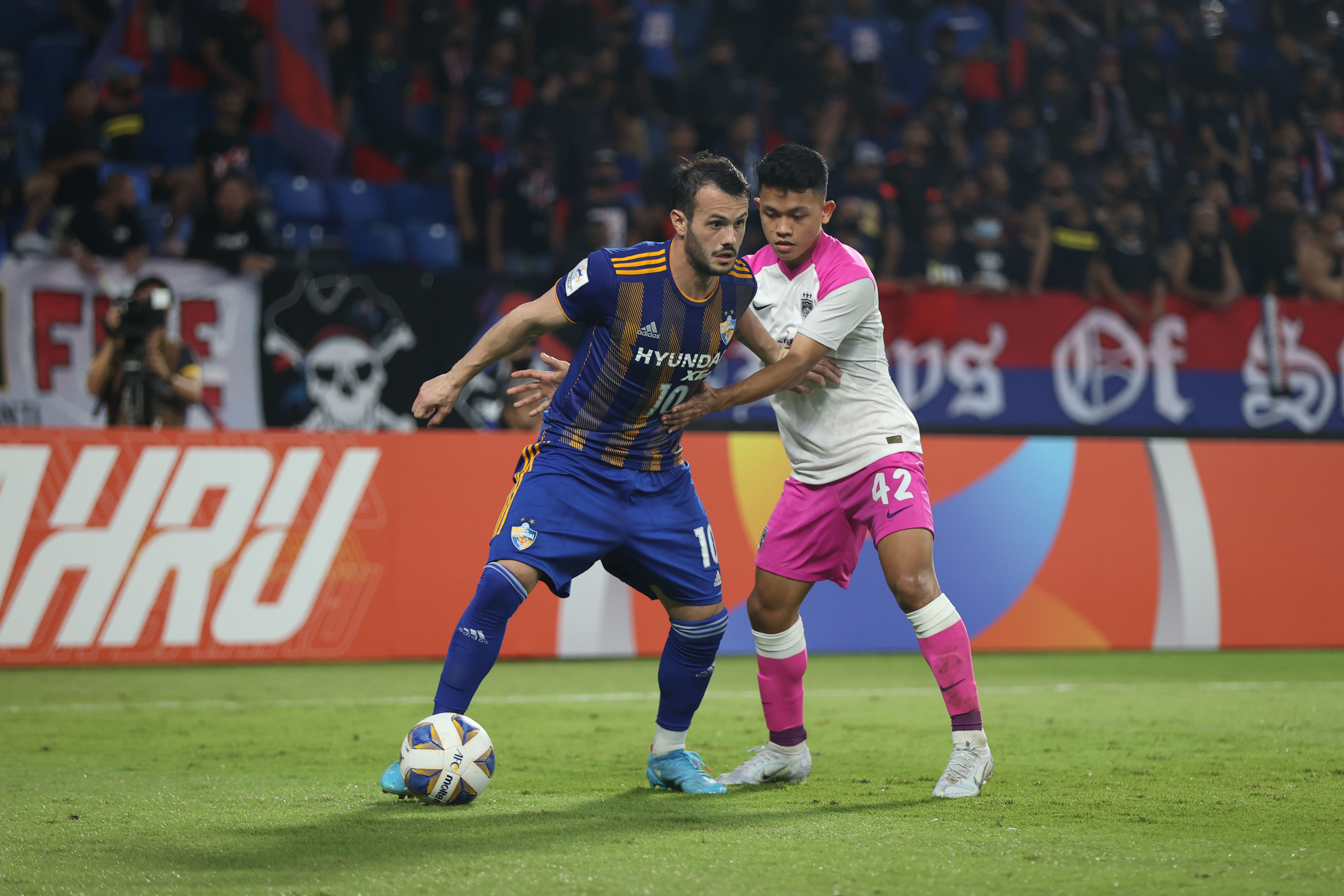 A 2-1 loss to Johor Darul Ta'zim from Malaysia on Monday means that 2020 ACL champions Ulsan Hyundai are still without a win in ACL 2022. The outcome is the Horangi sitting third in Group I and three points behind second place. However, a first ACL goal from Korean international winger Um Won-sang, who came off the bench at halftime, as well as a debut for new acquisition Márk Koszta, will have been seen as positives heading into Thursday's important match with Guangzhou FC.

Guangzhou FC have endured something of a tough time in ACL 2022 so far, conceding 13 and scoring none from their first two matches. The first was a 5-0 loss to Johor, who now top the group, and then an 8-0 loss to Kawasaki Frontale. Thursday's clash will be the first-ever meeting between Ulsan and Guangzhou but against Chinese opposition, the Horangi have a record of played 13, won eight, drawn two and lost three. The most recent meeting with a team from CSL was in 2020 and against Beijing FC in the quarter-finals where the Horangi emerged as 2-0 winners. In terms of standout individual performers in this year's competition thus far, Vako Qazaishvili's 1.17 key passes per 90 ranks him second among players from the East side of the competition. Heading into the match Leonardo will be aiming to score in a third straight ACL match. 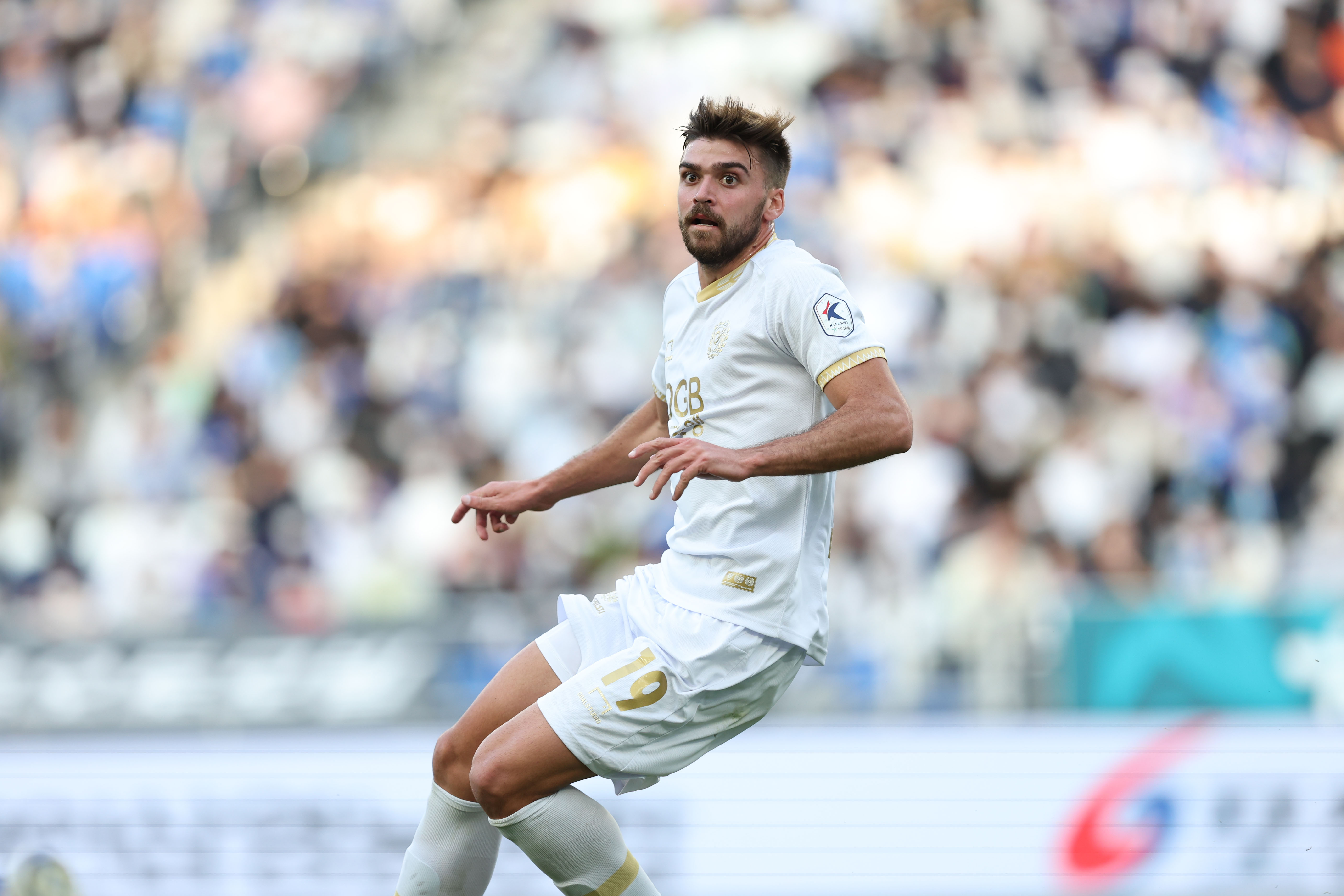 A Korea versus Japan clash sees Daegu FC take on 2021 Emperor Cup winners Urawa Reds on Thursday. Daegu got off to the best possible start in matchday one, putting seven past a young Shandong Taishan side but then suffered a shock defeat to Lion City Sailors of Singapore last time out. Sitting third in the group, the Sky Blues will be keen to get back to winning ways this Thursday. Urawa, meanwhile, sit top of Group F after two straight wins. The first was a 4-0 victory over Lion City Sailors, and the second was a 5-0 thrashing of Shandong Taishan. It's Urawa's first appearance in ACL since 2019 but have faced K League opposition on 20 occasions, winning six, drawing four and losing 10. The most recent was in 2019 when the J.League giants played both Ulsan and Jeonbuk. Daegu, meanwhile, are yet to record their first win against Japanese opposition in five encounters.

For Daegu, Zeca's hat-trick in the 7-0 win over Shandong puts him joint-second in the goal-scoring charts so far, the highest-ranked player from a K League team. The towering Brazilian striker is also second in the whole of the competition in terms of expected goals and assists with 3.86 so far. His xG alone is the second-best at 3.51. Zeca is fourth for shots made per 90 minutes with six - compatriot Bruno Lamas is third with 6.46 - and is first for touches in the box at 23. His shooting accuracy is second among all teams from the East side of the competition with 53.85%.

[READ: "In ACL the goal is to be champion, we are no different" - Cesinha] 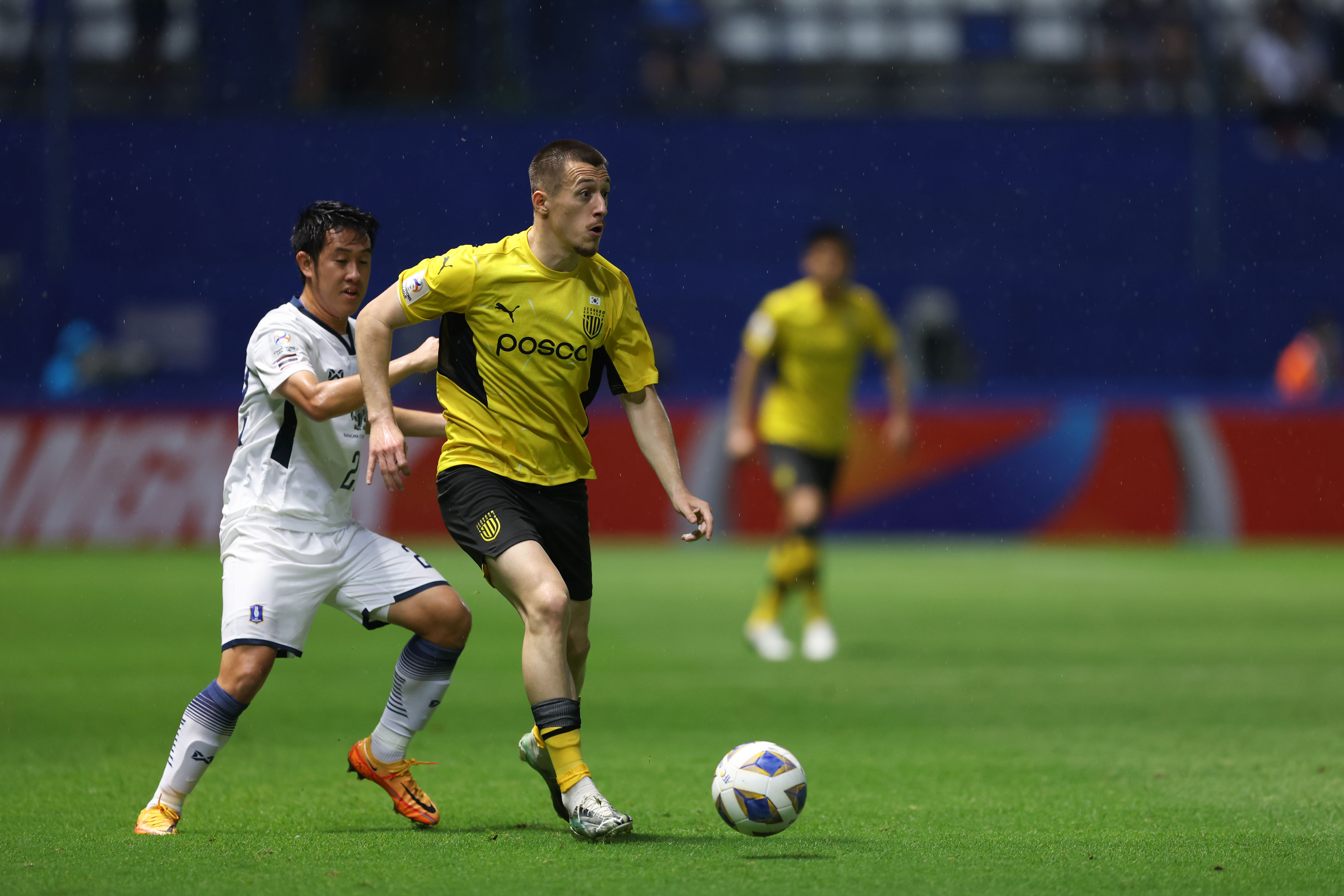 Jeonnam Dragons also suffered defeat last time out, also to Southeast Asian opposition following a 2-0 loss to Thailand's BG Pathum United. The result leaves the Dragons third in the group but only a point behind the top two which includes this Thursday's opponents, Melbourne City. The A-League Men side are unbeaten with a win and a draw in ACL 2022. Last time out, a brace from Marco Tilio and a goal from Stefan Colakovski earned City a 3-0 victory. The win was actually Heart's first-ever in ACL with the club making its first appearance in the Champions League this season. Patrick Kisborno's men made it into the ACL this season after winning both the A-League Premier (regular-season title) and the A-League Grand Final in 2020-2021. Thursday's match will be their first against a K League side.
While this isn't Jeonnam's first season in ACL it is their first in continental competition since 2008. That year, Jeonnam came up against City's cross-town rivals, Melbourne Victory, in what was the club's only previous meetings with teams from Australia. A draw and one loss that season means that the Dragons will be looking for a first win over an A-League side. Jeonnam will have to keep an eye on City's dangerman and top scorer Jamie Maclaren who has 14 league goals to his name this season. For the Dragons, meanwhile, Leonard Pllana's 50% shooting accuracy places him sixth among players from the East side of the competition. And 2.87 shots per 90 minutes is enough for the Kosovo international to rank fifth.
[READ: "We are going there to take first spot": Nika Kacharava & Leonard Pllana] 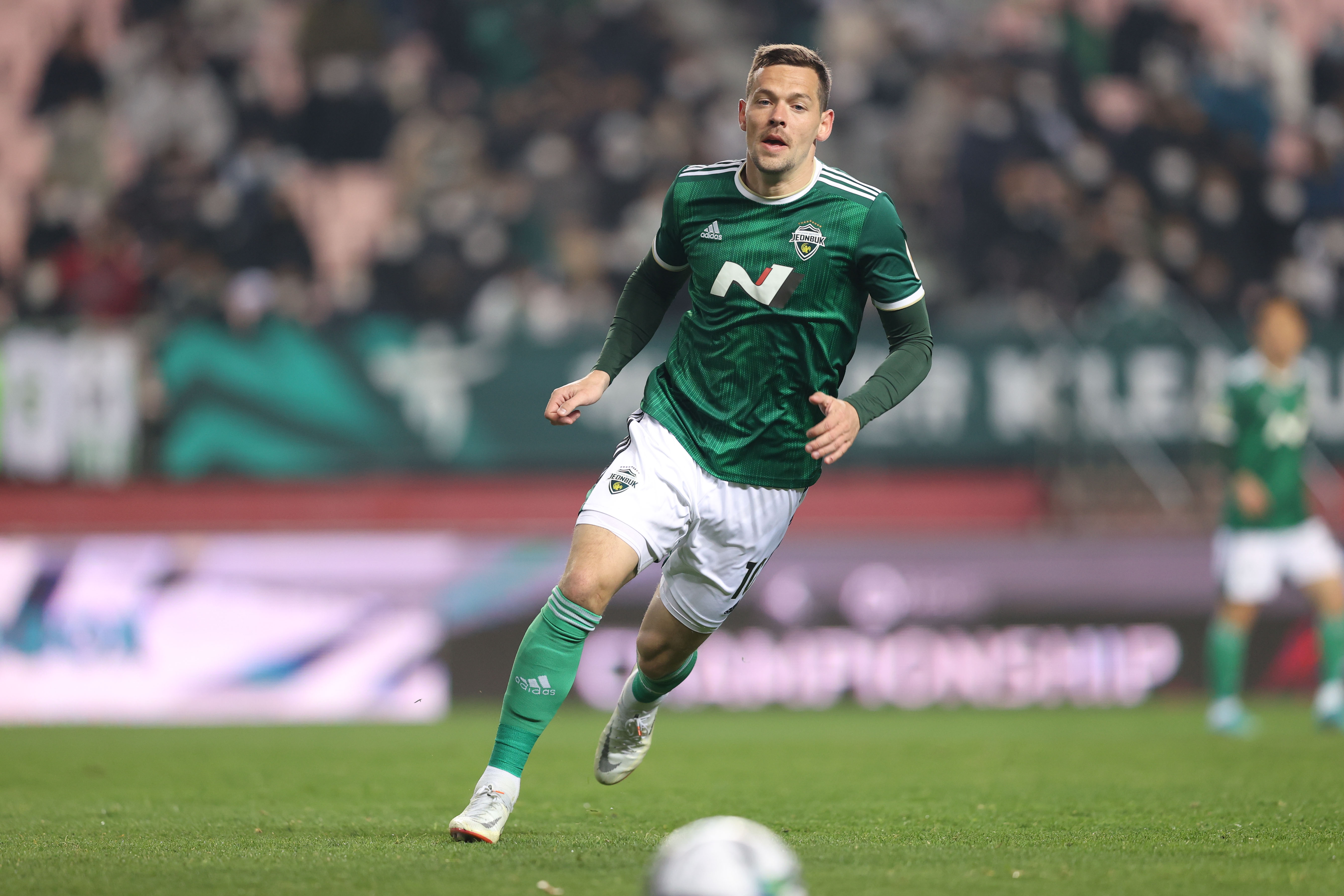 The only K League team to win on the second ACL 2022 match day was Jeonbuk Hyundai Motors, easing past Yokohama F. Marinos 1-0 thanks to a Stanislav Iljutencko penalty. It was also another cleansheet for Lee Bum-soo who was called into action in the absence of first-choice goalkeeper Song Bum-keun who has been unavailable for selection. Incredibly, just 10 days ago, Lee started a K4 match for Jeonbuk's B team in a 4-2 loss to Seoul Nowon United. But a first cleansheet and a series of impressive saves earned Lee a place in the AFC Champions League Team of the Round. The Green Warriors, then, are the only team in the competition that is yet to concede a goal.

Jeonbuk's opponents on Friday are Hoang Anh Gia Lai, who are back in ACL for the first time since 2005 following a V-League title win in 2021. Last time out, Hoang Anh Gia Lai earned a very credible 1-1 draw with Sydney FC but the Mountain Town are still without a win in 2022 having failed to win any of their first four matches of the new V-League season. Nguyễn Công Phượng, the former Incheon United attacker, is on the books of Hoang Anh Gia Lai and is the team's top scorer with two goals, both came in the 2-2 draw with Viettel in mid-March. Hoang Anh Gia Lai have come up against K League opposition before having faced Suwon Bluewings in 2005 but lost 5-1 and 6-0 in the two group stage matches. Jeonbuk have faced Vietnamese opposition on six previous occasions winning three, losing two and drawing one. The most recent was against Binh Duong in 2016, winning 2-0 at home and losing 3-2 away.