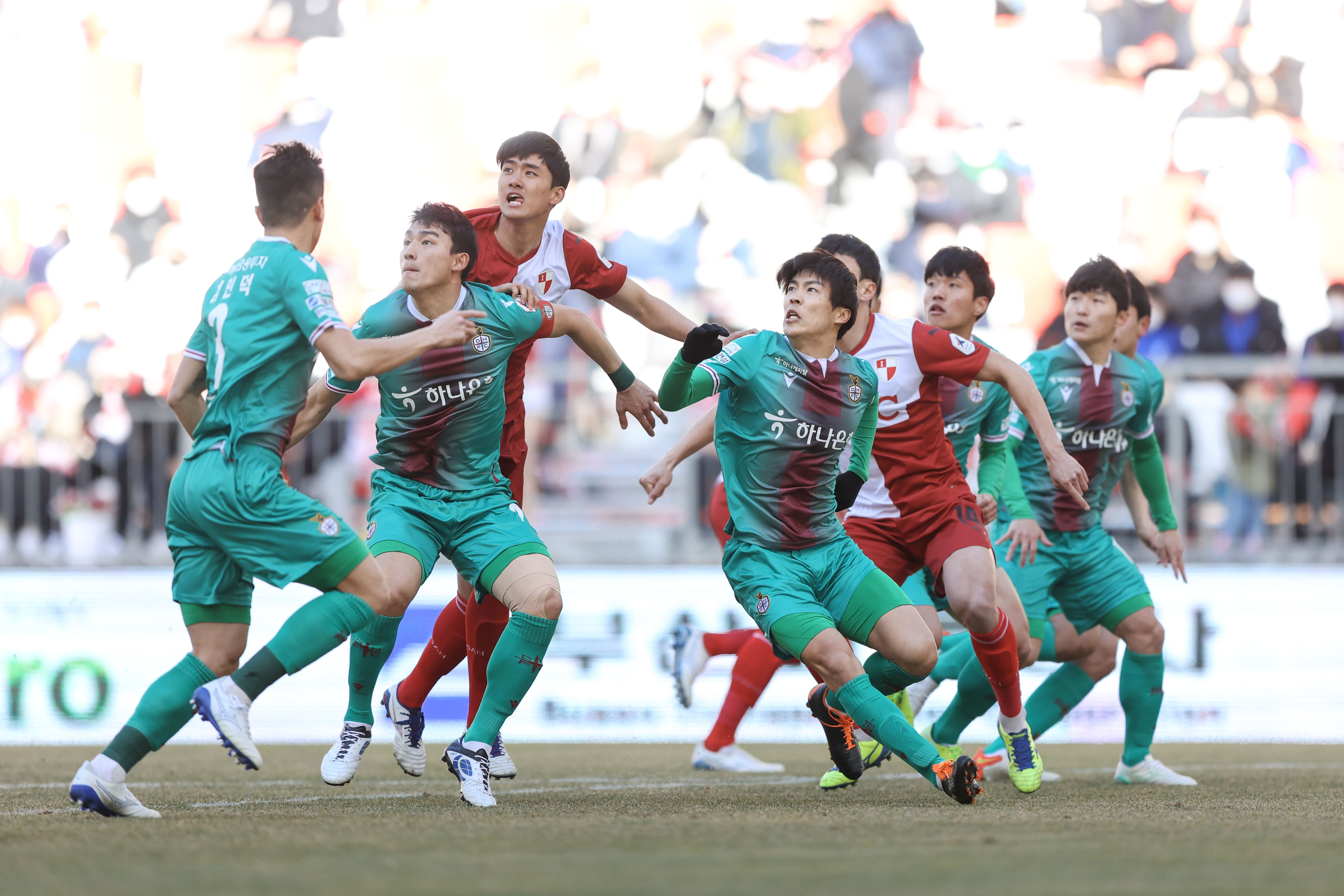 More K League 2 mid-week action sees 10 of the 11 teams take to the field. With Gwangju FC sitting Round 16 out, Bucheon FC 1995 will be looking to move within a point of the top with a win over Gyeongnam FC. Elsewhere, Daejeon Hana Citizen host Busan IPark looking to extend their unbeaten home record to 15 matches while FC Anyang and Joo Hyeon-woo will be looking to build on the weekend's win over Gimpo FC.


Match of the Round 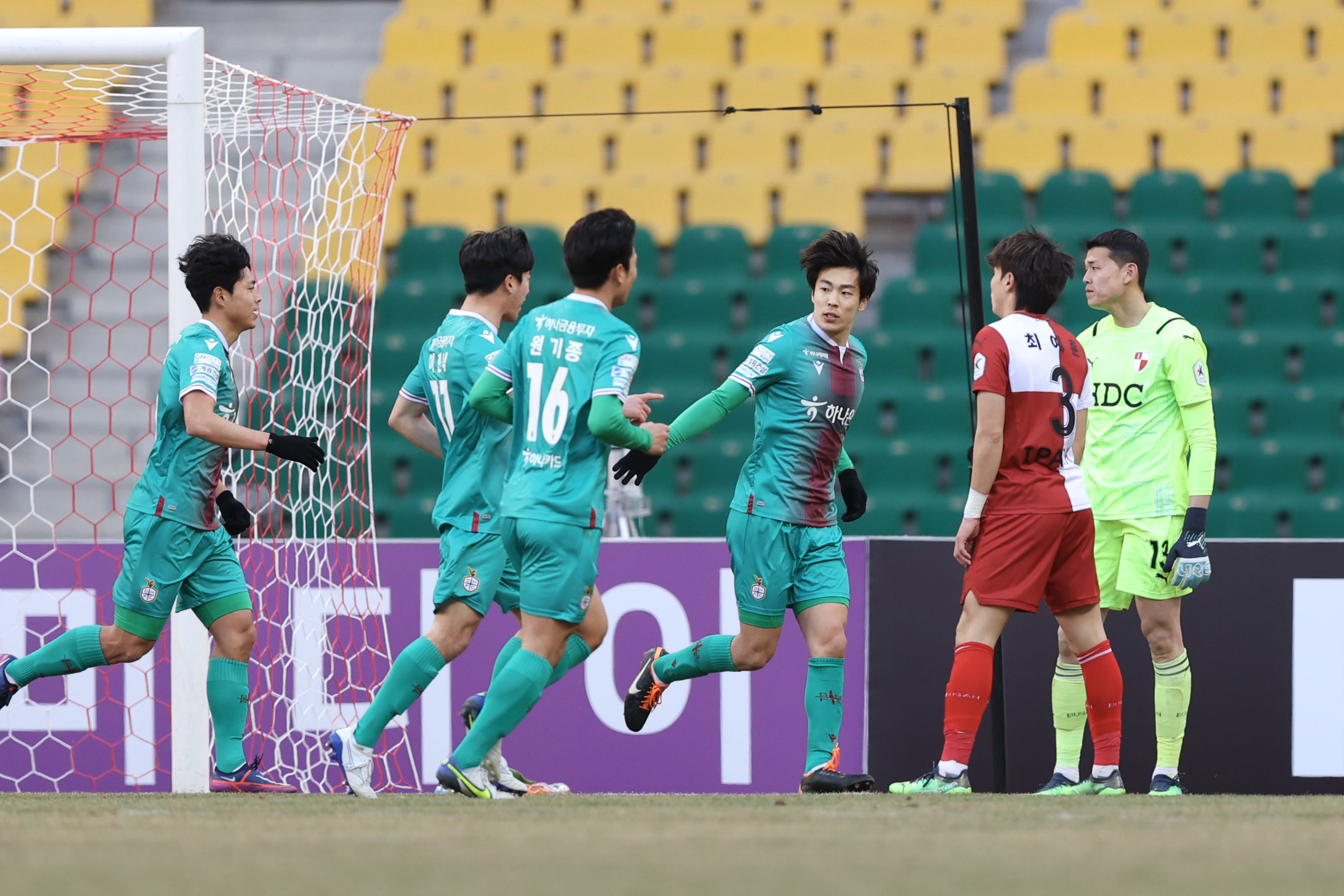 Daejeon Hana Citizen versus Busan IPark will be seen as the stand-out match in K League 2 Round 16. Daejeon will welcome Busan on the back of back-to-back draws to make it six unbeaten. At home, the Purples are looking to make it 15 matches without defeat having not lost on their own patch since July last year. Visitors to Purple Arena on Tuesday, Busan, look to have turned the corner as last time out, the Royals came from behind to earn a late draw at home to Jeonnam. Before that, Ricardo Peres' men picked up a comprehensive 3-1 win over Chungnam Asan thanks to a Lee Sang-heon brace and a goal from Park Jeong-in.
Daejeon have shown themselves to be one of the more proactive teams in the division and have the highest expected goals ratio (xG) of 24.93. Their actual goal tally of 22 shows they are slightly below what is expected of them, despite being second-highest scorers in K League 2. Busan have the third-highest expected goals against (xGA) but have dispatched the most shots from outside the box so far this season. The first meeting of 2022 ended in a 1-1 draw at the Busan Asiad Stadium thanks to a late leveller from Royals right back Park Se-jin who cancelled out Masa's 71st-minute strike. The historical head-to-head is stacked heavily in Busan's favour with 49 wins to Daejeon's 20 and 17 draws. In the last 10, Busan have lost just once to Daejeon. A win for Daejeon will be seen as essential given how wide the gap is between the Purples and the top two. A win for Busan could move them up to eighth should results elsewhere go their way. 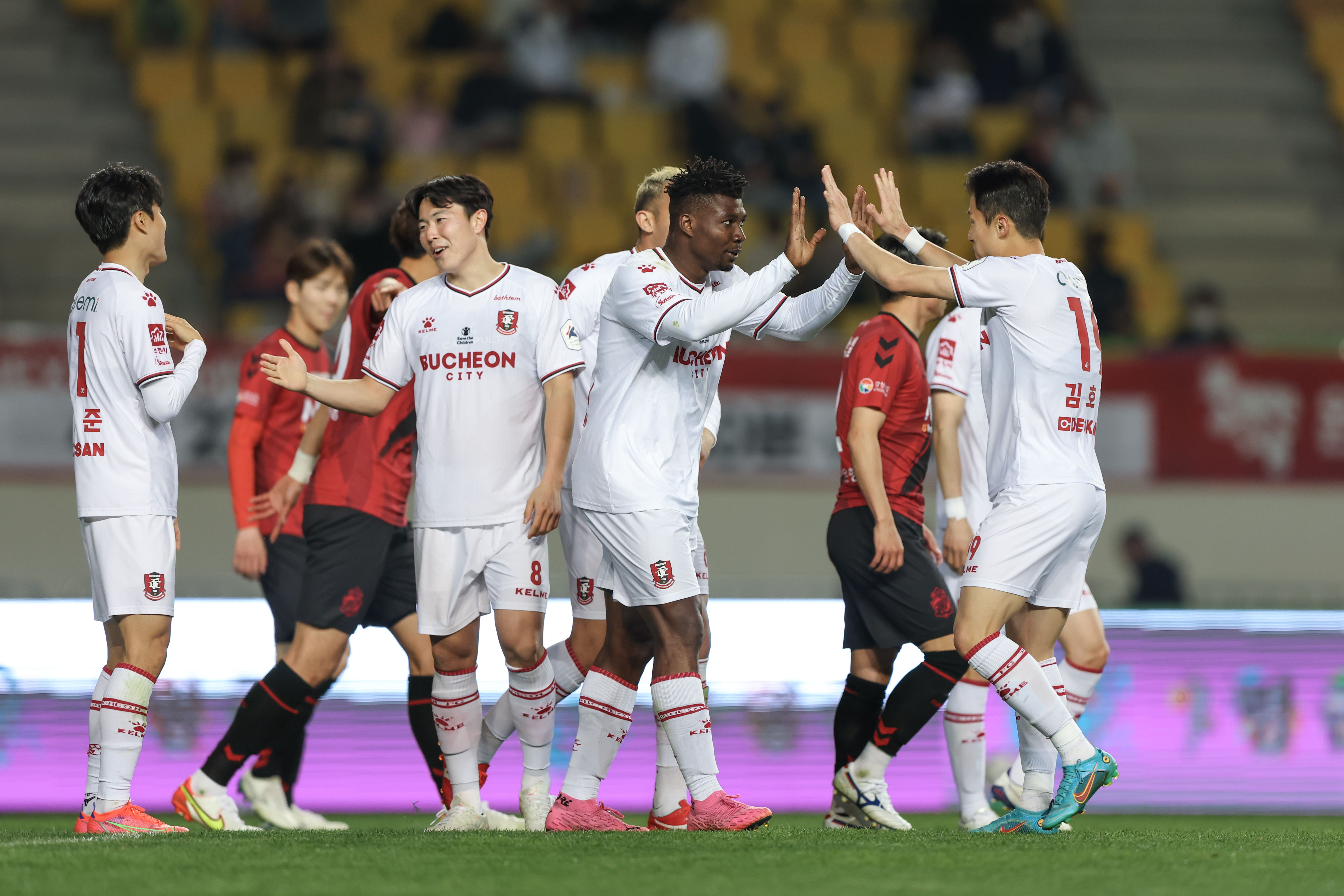 Of all the teams in action in midweek, Bucheon FC 1995 are one of the most in form having earned a record of just one loss in 10 with seven wins. Experienced forward Han Ji-ho leads the club's 'attack points' charts with four goals and two assists and looks set to line up against his former employers when Busan take on Gyeongnam FC on Wednesday. Han has already scored against another of his former teams this term, a late winner away to Busan in Round 4. At the opposite end of the pitch, Bucheon have the meanest defence in the division having shipped just nine so far this season and have kept seven cleansheets. With Gwangju not in action this round, a win for Bucheon would narrow the gap to just one point and so Lee Young-min's men will be looking for a repeat of the first meeting between these two teams which ended in a 3-2 win. 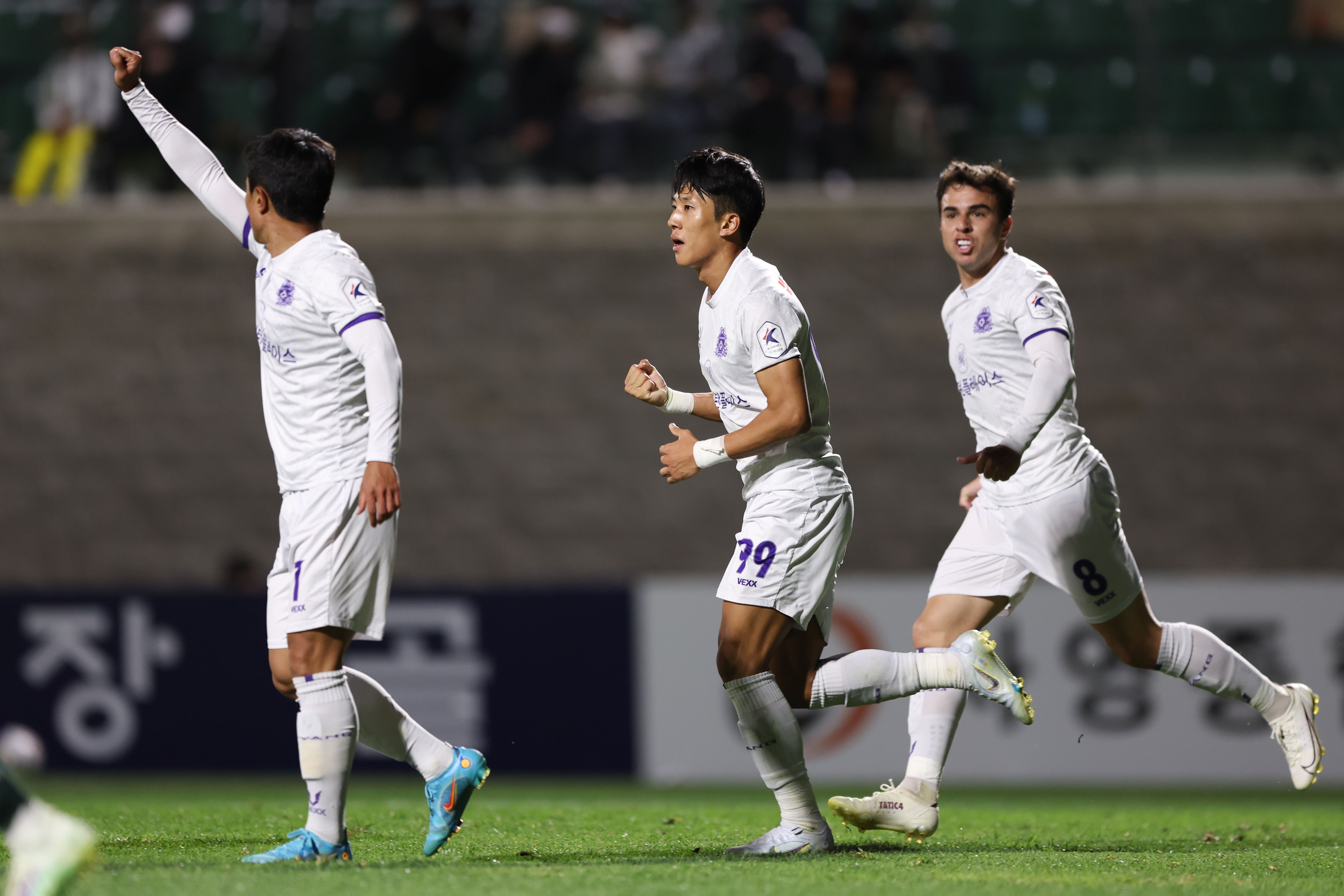 Last weekend, FC Anyang picked up a 1-0 win over Gimpo FC to bring the Violets' five-match winless run to an end. The winning goal was scored by Joo Hyeon-woo for what was the left-back's first goal of the season and first in three years. Joo is more accustomed to assisting having provided seven of them last year, the most for the Violets. But it's not just his in attack where Joo contributes as he is fourth for defensive duels in K League 2 and second at Anyang for interceptions made. This Tuesday, Joo and Anyang take on Jeonnam Dragons in what is a clash between two of last year's playoff teams. The former Gwangju and Seongnam man will be keen to add to his 'attack points'.

Elsewhere in K League 2 Round 16

Elsewhere in K League 2, Ansan Greeners take on Chungnam Asan still looking for a first win of the campaign. Chungnam, meanwhile, sit fifth and are the only team this season so far to have scored the number of goals they have conceded.
And in the capital, Seoul E-Land take on Gimpo FC in what will be the Leopards' first match back at Mokdong Stadium since the relaying of the pitch. Seoul E-Land have lost their last two and while Gimpo are without a win in six and so both teams will be keen to return to winning ways.