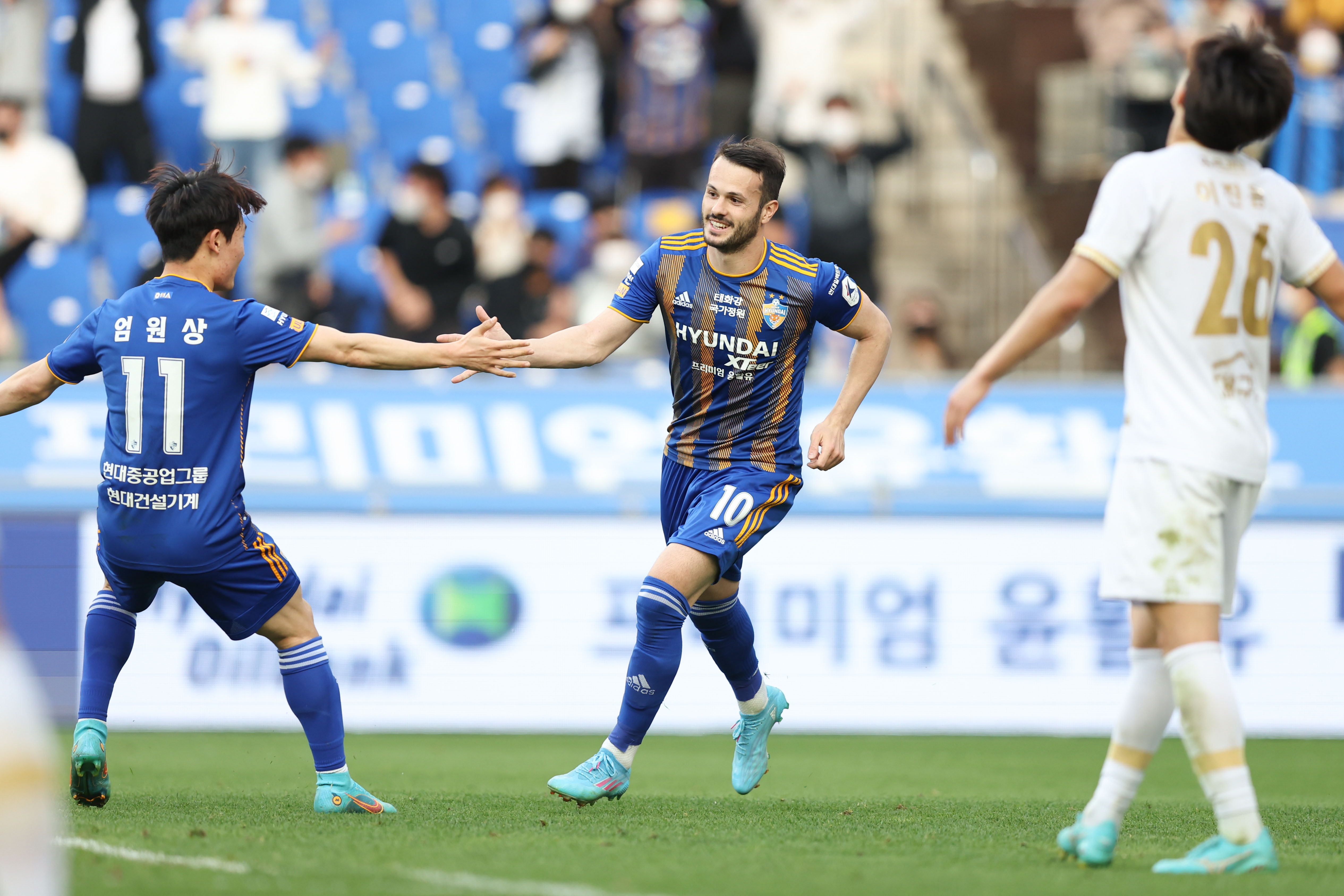 From the UEFA Nations League to the AFC U-23 Championship, K League Internationals returns for matches featuring K League starts in June 2022.

Incheon United's Stefan Mugoša helped Montenegro pick up a 2-0 win over Romania in Saturday 4th June's UEFA Nation's League B Group 3 opener.  At Stadion Pod Goricom in Podgorica, Mugoša gave his side the lead in the 66th minute. It was Mugoša's 11th goal for his country and first since November 2020. Up next is Finland away on 7th June.

Speaking of Finland, Suwon FC midfielder Urho Nissilä started the Eagle-owls' 1-1 draw with Bosnia and Herzegovina on Saturday, also in the UEFA Nations League B Group 3. It was Nissilä's ninth cap for his country.

Elsewhere in the UEFA Nations League, Ulsan Hyundai's attacking midfielder Valeri Qazaishvili has been in fine goal-scoring form. In League C Group 4 on Sunday night, Vako scored the fifth in a 5-2 over Bulgaria. This came after Ulsan's number 10 scored the fourth in the 4-0 win over Gibraltar on Thursday last week. Up next for Georgia is North Macedonia away on Thursday night.

South Korea's men's team got their first of four June friendlies up and running with a 5-1 loss to Brazil at Seoul World Cup Stadium. Five K Leaguers were in the starting lineup, namely Kim Young-gwon, Hong Chul, Lee Yong, Paik Seung-ho, and Hwang In-beom. Kim Moon-hwan, Na Sang-ho, and Kwon Chang-hoon came off the bench in the second half.

Up next for Korea is Paraguay in Suwon on Friday 10th June.

South Korea maintained their unbeaten start to the AFC U23 Championship thanks to a 1-1 draw with Vietnam on Sunday night. It was a very K League-heavy lineup named by Hwang Sun-hong. Gyeongnam FC goalkeeper Goh Dong-min, Busan IPark at left-back Choi Jun, Suwon Bluewings' Kim Tae-hwan on the opposite side, Chungnam Asan's Lee Sang-min and Gyeongnam's Park Jae-hwan as the two centre backs in a four, with Daegu FC's Lee Jin-yong as the holding midfielder behind a four of Park Jeong-in from Busan, Daegu's Go Jae-hyeon, Pohang's Goh Young-jun, and Gwangju's Eom Ji-sung.

FC Seoul's Cho Young-wook came off the bench to put Korea 1-0 up after 63 minutes but Daegu's Lee Jin-yong was shown a second yellow and sent for an early bath in the 78th minute. Korea went on to concede a late equaliser to see the spoils shared.

There were also appearances off the bench by K Leaguers Lee Kyu-hyuk (Jeonnam Dragons) and Cho Hyun-taek (Bucheon).

Kim Tae-hwan and Lee Sang-min got their names on the scoresheet, as did Cho Young-wook of FC Seoul who came off the bench to bag a brace with two late goals. Bucheon's Cho Hyun-taek, Daegu's Lee Jin-yong, and Pohang's Goh Young-jun also made cameos off the bench.

Up next for the young Taeguk Warriors is Thailand U23 on Wednesday and with both teams locked on four points, the match will be the Group C decider.