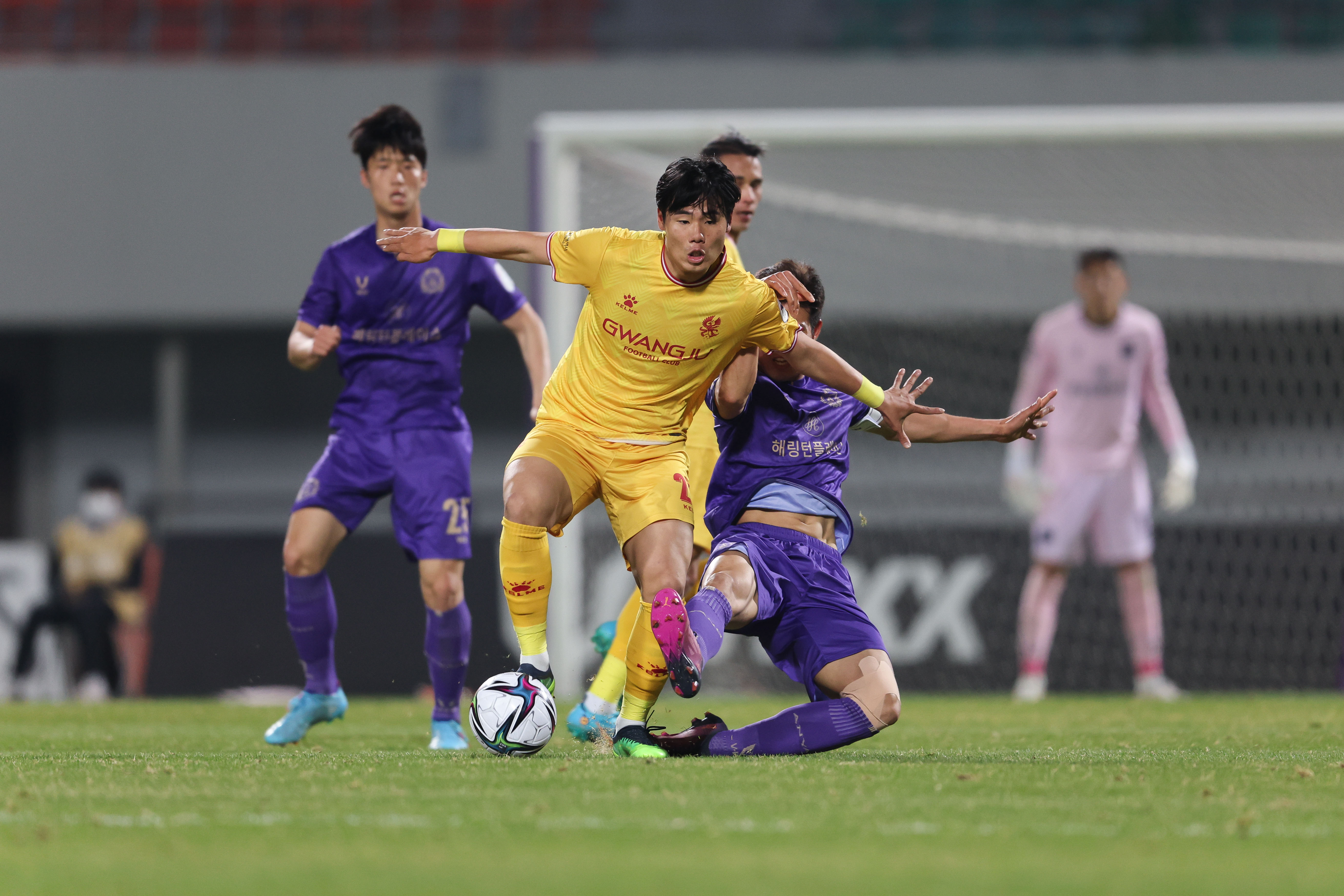 In Round 20 of the 2022 Hana 1Q K League 2 campaign coming up this weekend, top clash with fourth as Gwangju FC take on a returning FC Anyang, Busan IPark will be looking to make it back-to-back wins for the first time since last September when facing Seoul E-Land, while Gyeongnam FC's Hernandes takes on his former employers Jeonnam Dragons looking to add to his already impressive goal tally. 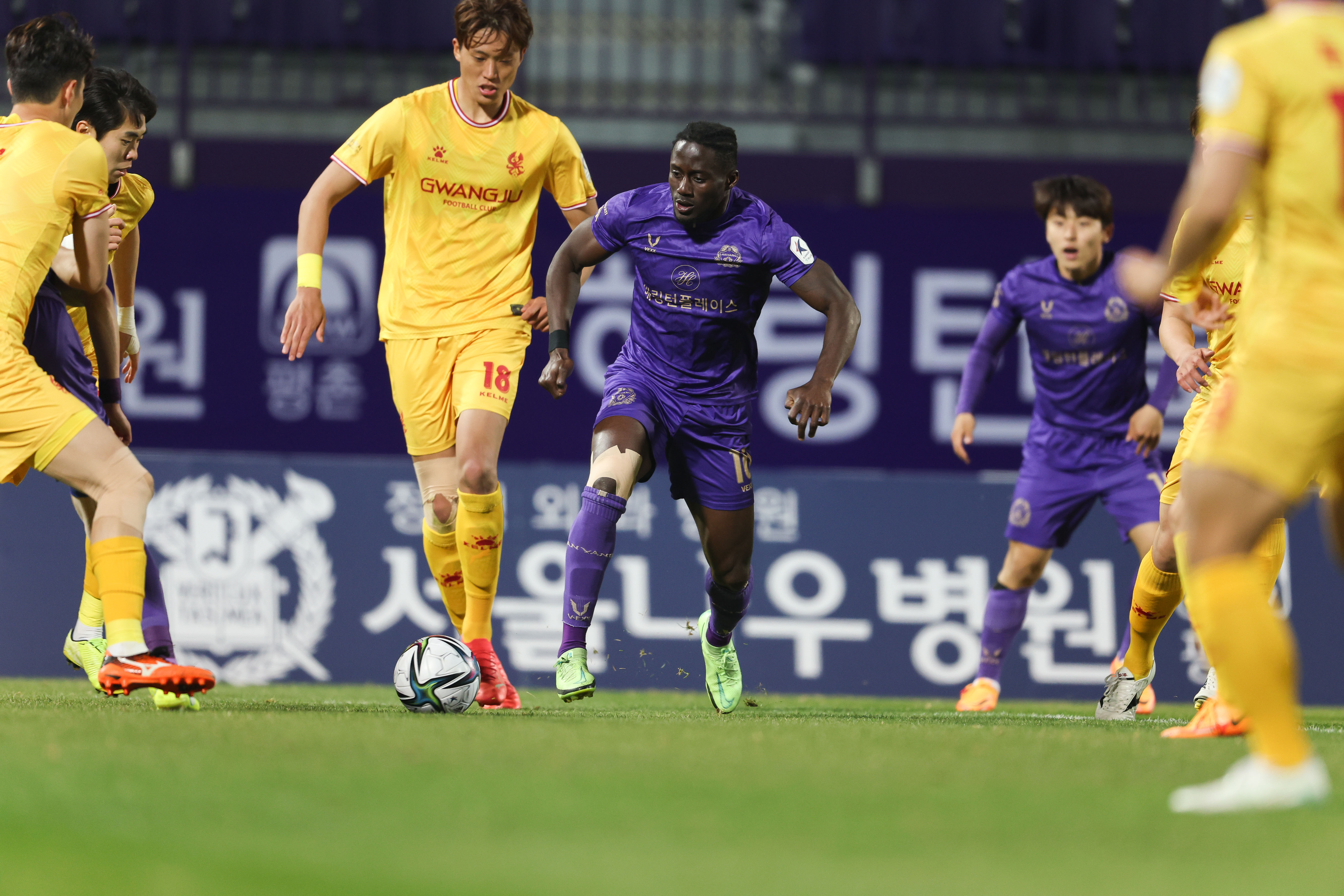 Top versus fourth on Saturday sees Gwangju FC host fellow promotion hopefuls FC Anyang. The Griffins are unbeaten in 12 with 10 wins and have lost just twice this term. Opponents FC Anyang's recent form has been mixed with two wins, two draws and one loss in their last five. But, the Violets sit fourth in the table with a three-point cushion over fifth and a five-point lead over sixth, the first spot outside the playoff places. Anyang will be well-rested heading into this after sitting out last weekend's fixtures. The week before, though, Lee Woo-hyung's men earned a last gasp win at home to Gyeongnam FC. Former Reds forward Baek Sung-dong bagged the game's only goal in the 94th minute.
There's usually no shortage of goals in this fixture, certainly going off the most recent encounters. The first of 2022 ended in a 2-2 draw in was a topsy turvy battle with each team trading blows. In 2019, when Gwangju were in K League 2 last, 15 goals were scored across the four meetings in this fixture - eight alone came in a 7-1 FC Anyang win in July of that year but Gwangju got some sort of revenge a few months later, winning 4-0. Both teams have proven to be accurate shooters this season, Gwangju's 43.5% sits them fourth in that regard while Anyang with 38.8% are fourth. Reiss is the league's second top scorer and also scored in this fixture earlier in the campaign, while Anyang's Kim Kyung-joong is the team's sharpest shooter with 57% of all attempts on goal finding the target.
[READ: "K League's U22 rule has been a great help to me": Goh Young-jun] 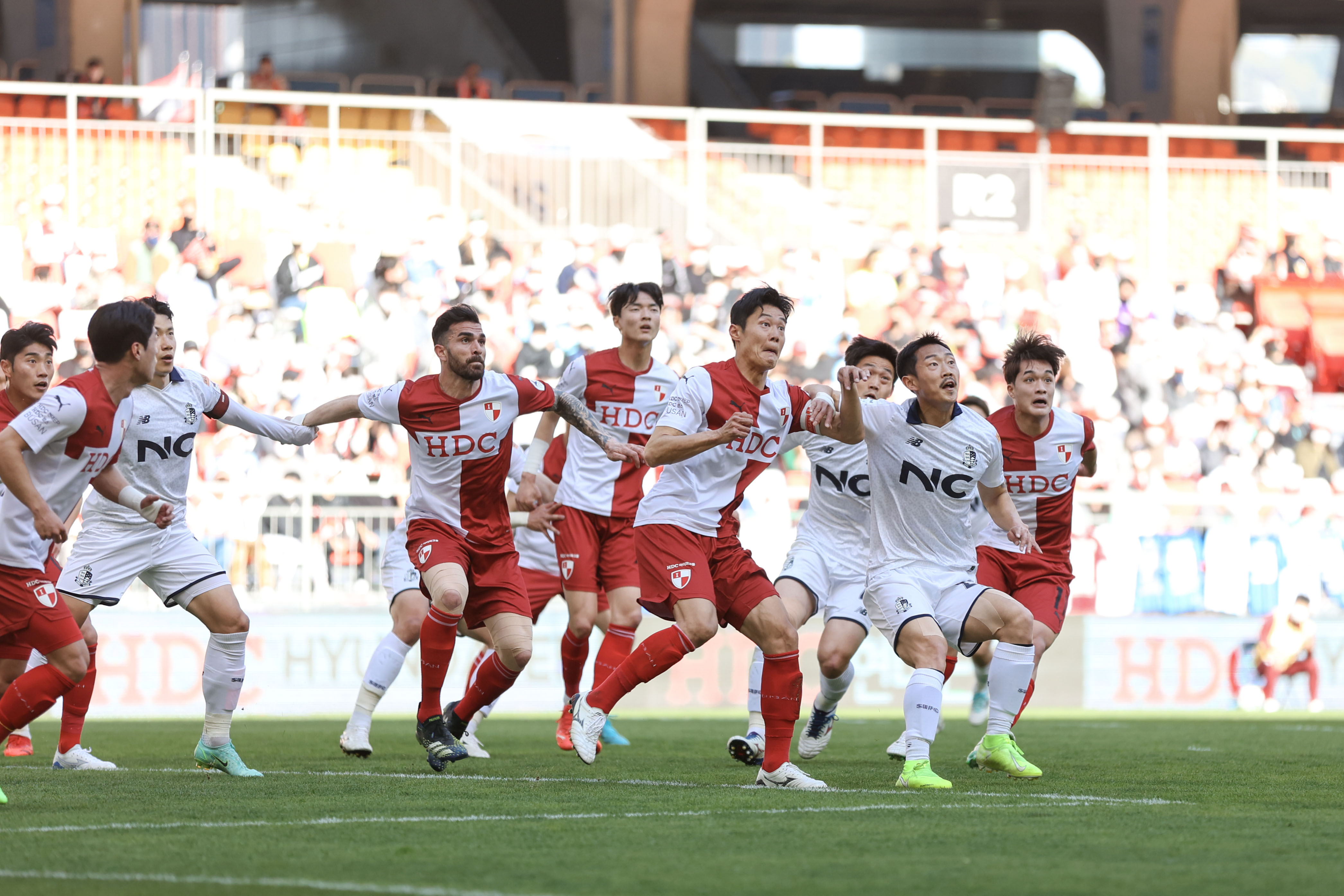 New Busan IPark boss Park Jin-sub is one in one having had just around 40 minutes with his team in training before guiding them to a win last weekend. Busan picked up a 2-0 home win over Ansan Greeners thanks to goals from Lee Sang-heon and Domagoj Drožđek for what was the team's first win in five matches. It was also the first cleansheet in five matches and just second this season in the league. The task at hand for Busan now is to make it back-to-back wins in the league for the first time since September and October last year, 23 matches ago. Up next for Busan is Seoul E-Land away this Sunday night. 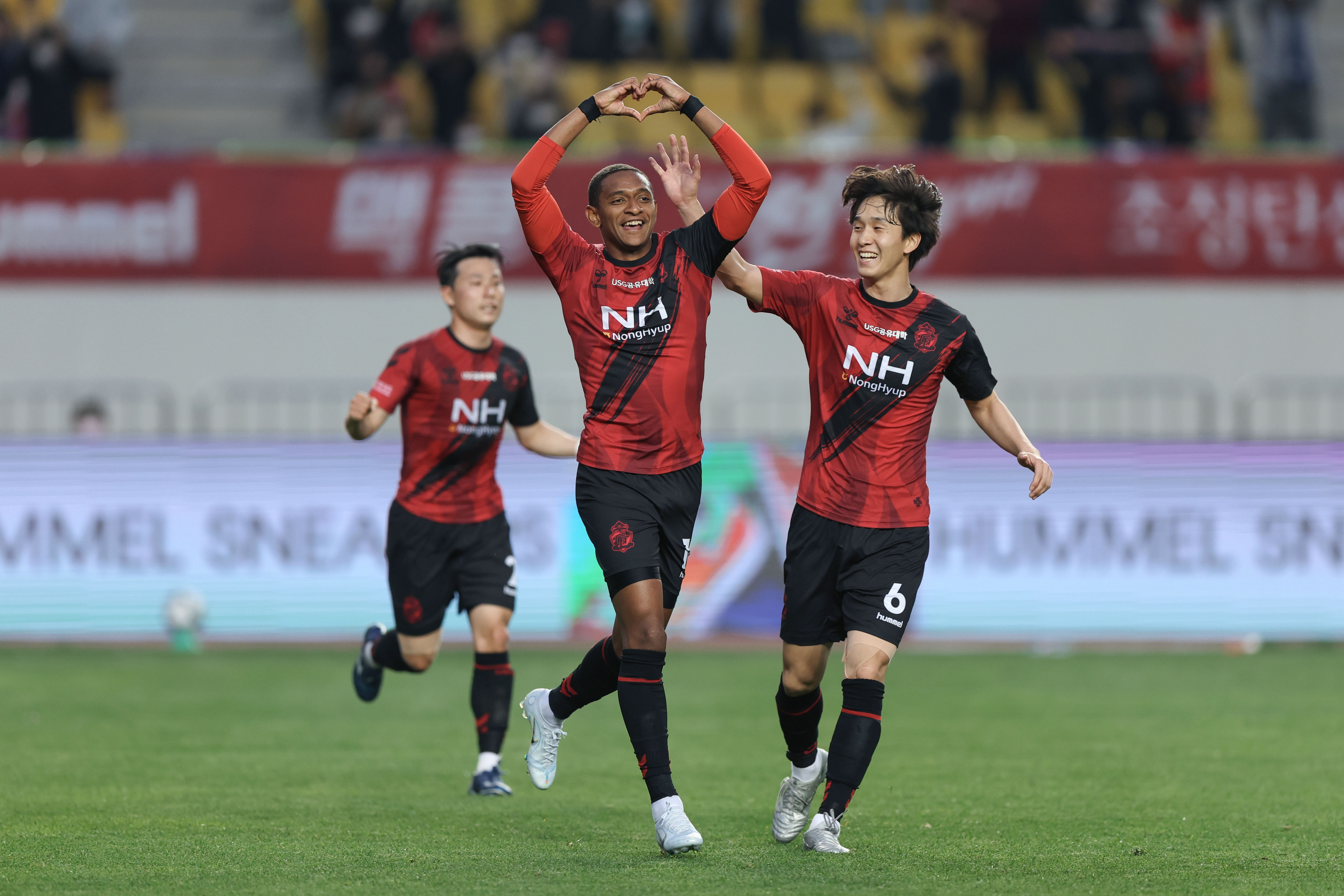 In a 6-1 demolition of Gimpo FC last time out, Gyeongnam FC forward Hernandes bagged a hat-trick with goals on seven, 41, and 62 minutes. That took his tally for the season to seven from 14 starts which is just three fewer than his tally for the whole of last season. The 22-year-old also has three assists to his name to make it 10 goal contributions so far this term. Hernandes began his K League career with Gyeongnam's opponents this Saturday, Jeonnam Dragons. While in the yellow of Jeonnam, Hernandes scored three in eight starts and 16 appearances overall. He and Gyeongnam will be looking to build on last week's performance which turned out to be quite the show of Brazilian skill with Tiago Orobó also getting on the scoresheet, as did Willyan with a brace.

Elsewhere in K League 2 Round 20

Elsewhere, there's the Chungcheong Derby as Chungnam Asan take on Daejeon Hana Citizen on Monday. One of the newer derbies in K League, this fixture tends to throw up interesting scorelines and long-range screamers. The added element in this Round 20 fixture is that both teams are looking up with aspirations of winning promotion.
On Sunday, Ansan Greeners take on Bucheon FC 1995 in something of a Gyeonggi Province derby. Bucheon have slipped to third after a run of four matches without a win while Ansan are still stuck on one win for the season. Anything less than three points against Bucheon this weekend could see the Green Wolves cut adrift at the foot of the table.