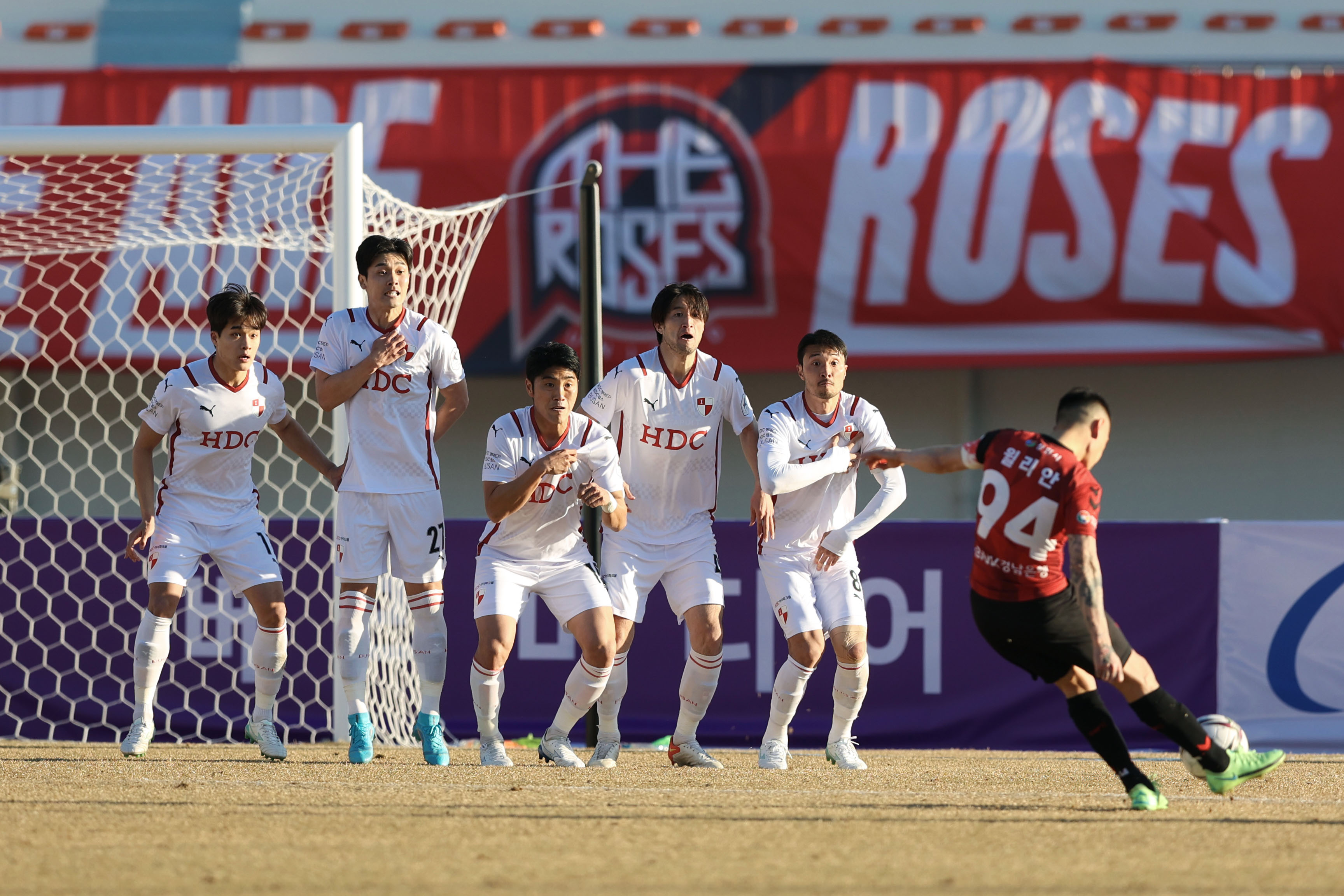 In K League 2 Round 21 this weekend, Busan IPark take on Gyeongnam FC in the second Nakdong River Derby of 2022, Gwangju FC look to maintain their dominant start to the season when facing Jeonnam Dragons, while Cho Yu-min looks set to rejoin Daejeon Hana Citizen from international duty ahead of their trip to FC Anyang. 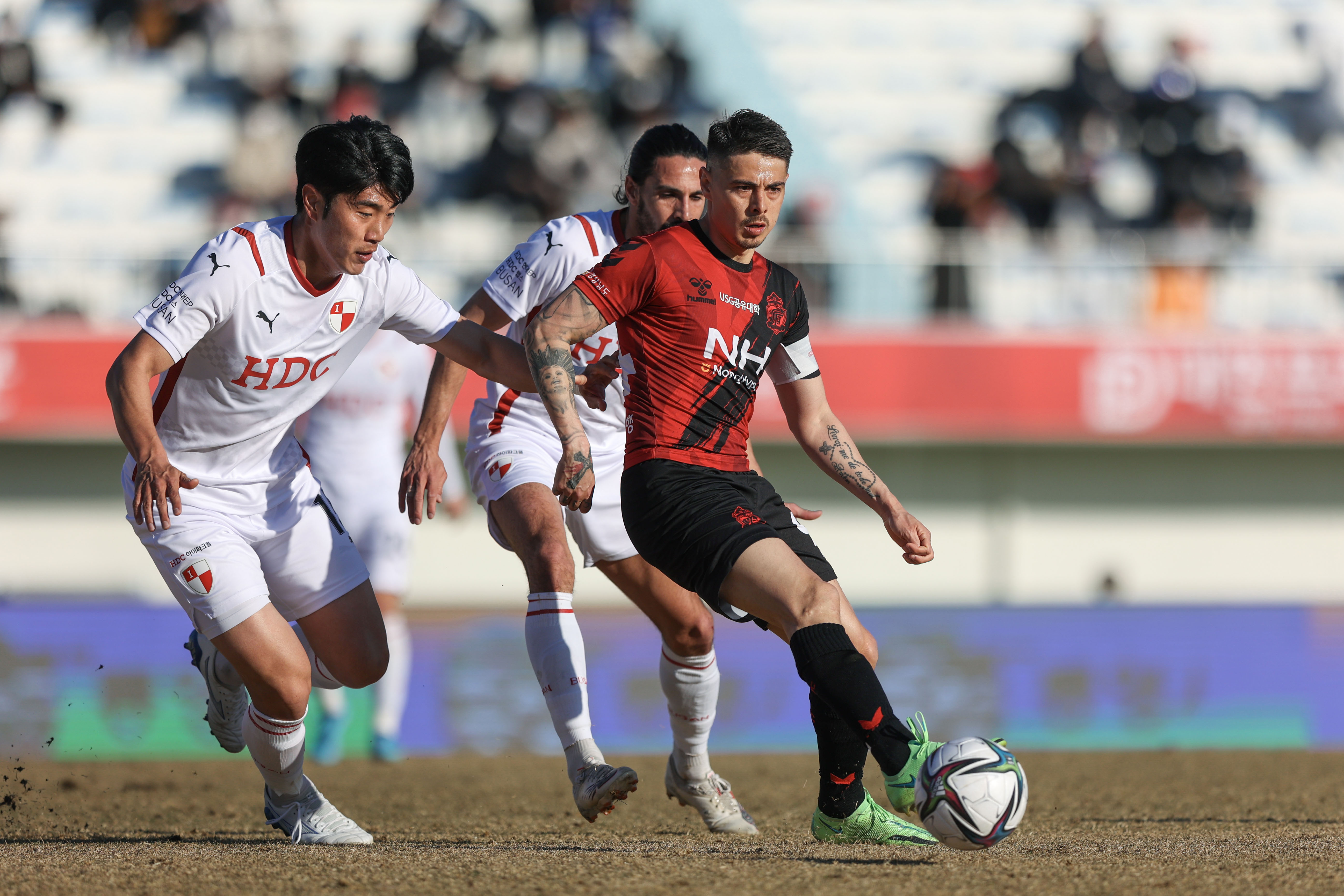 The Nakdong River Derby will be seen as the match of Round 21. Not only is Busan IPark versus Gyeongnam FC a heated rivalry, but the two sides have also been in decent form of late. For hosts Busan, this has been since new boss Park Jin-sub took over two matches ago. The former Gwangju and Seoul gaffer has guided Busan to a win and a draw in his first two matches, helping to move the South Coast side away from the foot of the table. Gyeongnam, meanwhile, have scored eight goals in their last two games alone - six of which came in the 6-1 hammering of Gimpo FC two rounds ago.
Since Park Jin-sub took over, Busan have improved in terms of defensive duels and aerial duels, ranking third in the division for both during that time. Gyeongnam, though, have the best shooting accuracy in the division and are the division's top scorers. Sunday's clash will be the 44th K League meeting between the two clubs. Gyeongnam lead the way with 22 wins to Busan's 14 and seven draws. Over the last 10 encounters, Gyeongnam have six wins, Busan three, and one draw. The first meeting of 2022 ended 3-2 to Gyeongnam in a game which saw Seol Ki-hyeon's side fight back from 2-0 down to earn the win. 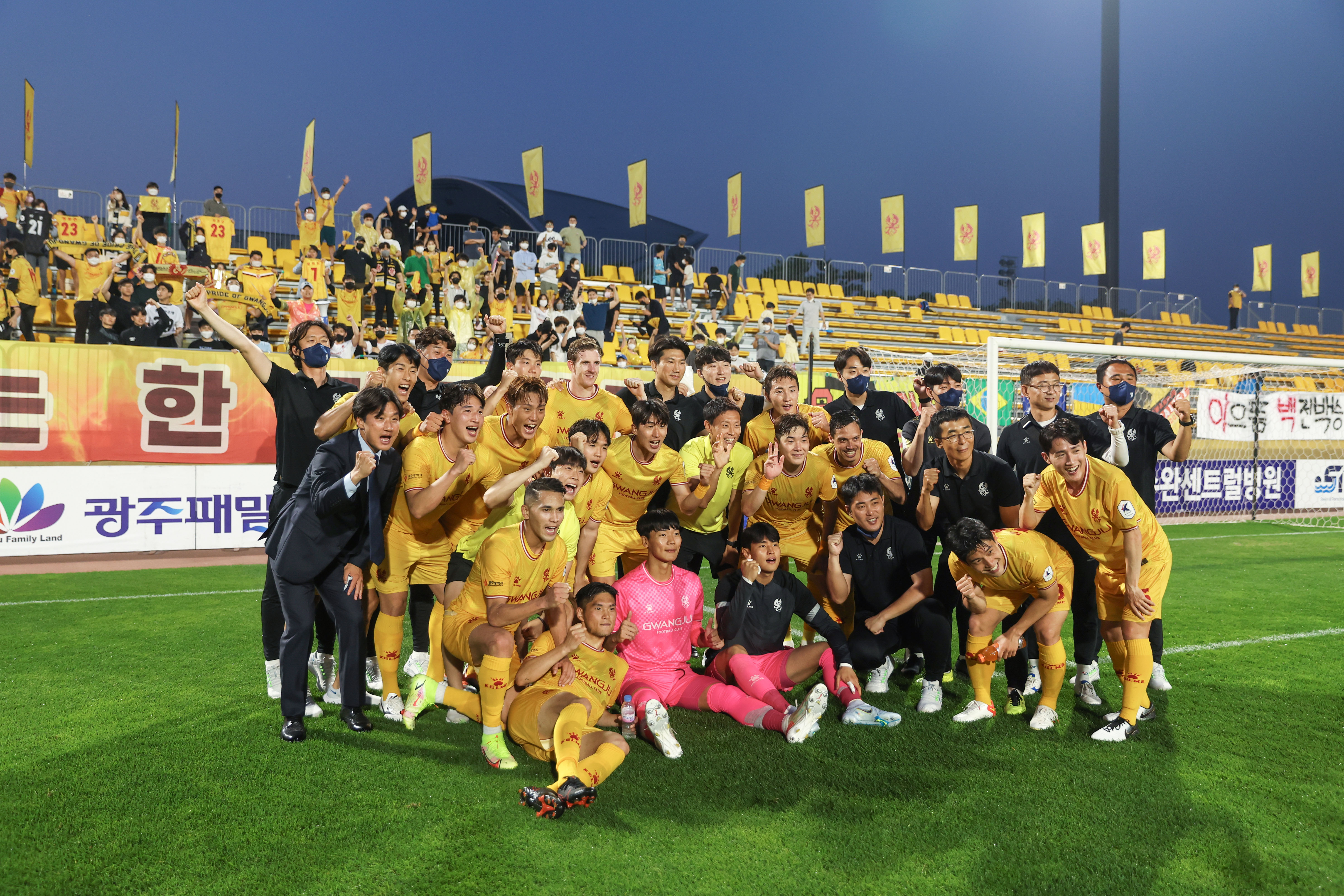 Gwangju FC's 4-0 win over FC Anyang last time out, coupled with Daejeon's loss to Chungnam Asan, meant the Griffins' lead at the top was widened to nine points. Lee Jung-hyo's men are now on a run of 13 matches unbeaten with 11 wins. Gwangju are also the second-top scorers with 33 goals and have the best defence with just 14 goals conceded. This Saturday, Gwangju take on Jeonnam Dragons - a side which is now on a run of five matches without a win with three losses. The first meeting between the two teams this season, which was the first in three years, ended in a 1-0 Gwangju win - Ahn Young-kyu with the game's only goal on 75 minutes. 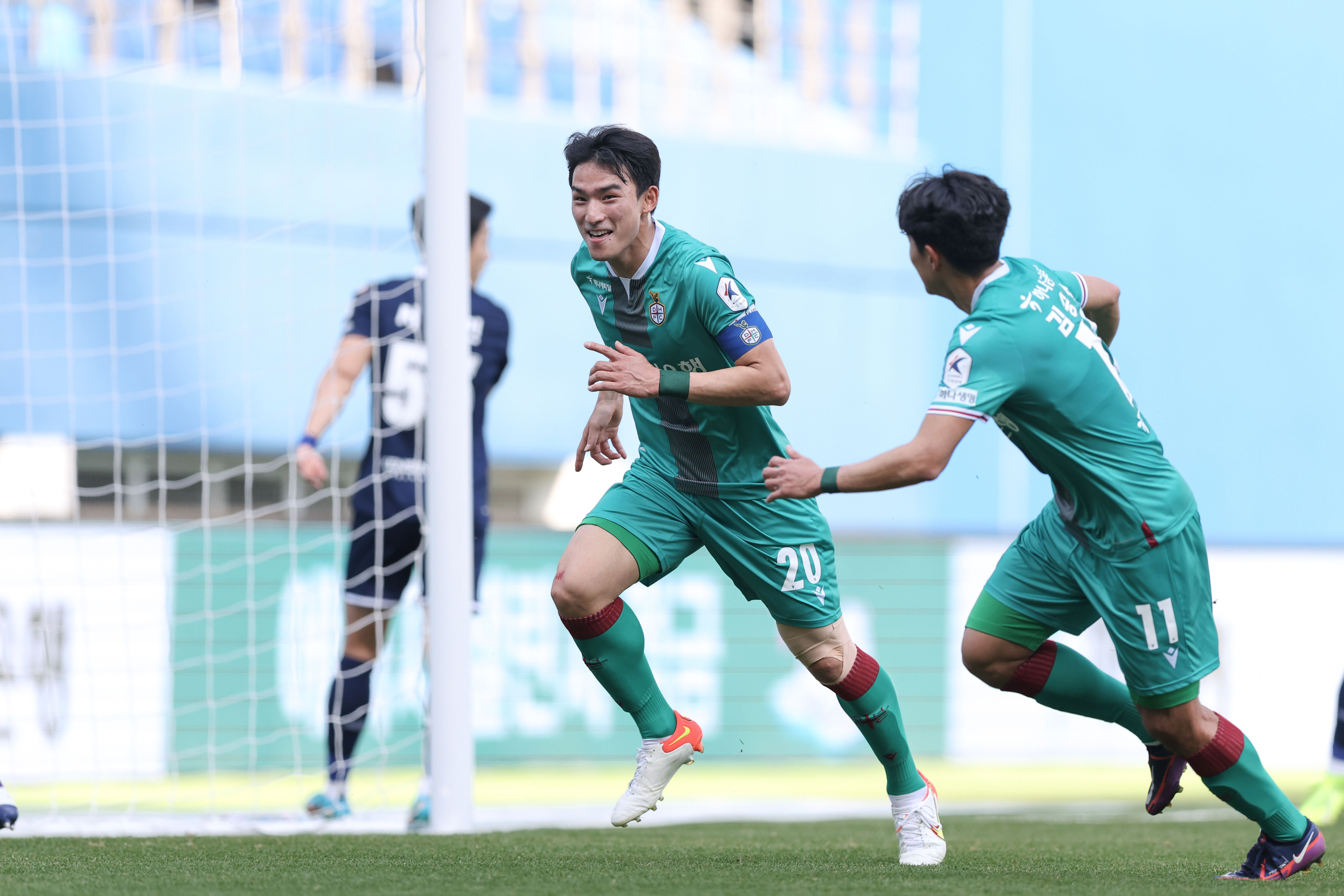 Daejeon Hana Citizen captain Cho Yu-min has been in fine form this season, enough to earn him a call up to the full Korean national team for the first time. The centre back, however, wasn't used by Taeguk Warriors boss Paulo Bento in the four June friendlies, even the match against Paraguay which took place at Daejeon World Cup Stadium. Cho will return to his club like a coiled spring and ready to go. His team suffered defeat last time out, a 1-0 loss to Chungnam Asan away from home, and so, if selected, the 25-year-old will be aiming to guide the Purples back to winning ways. Despite being a centre back, Cho has five goals to his name already this season - that's the same number as Willyan, Kim Kyung-joong, Park Jeong-in and Leonard Pllana who are all forward players. Most of Cho's goals have come from headers at set plays and so FC Anyang, Daejeon's opponents this Saturday, will have to be alert.

Elsewhere in K League 2 Round 21

Gimpo FC take on Bucheon FC this Saturday night in a game which will see two teams desperate to return to winning ways. Gimpo were hit for six last time out and have managed to just one win in their last nine. Bucheon, meanwhile, despite sitting third, are also struggling for form with just one win in six and lost to 12th-place Ansan Greeners last time out.
Chungnam Asan, meanwhile, have moved up to fourth after a win over Daejeon Hana Citizen on Monday. This week they will be looking to see off the challenge of Seoul E-land, a side which has drawn its last three matches.