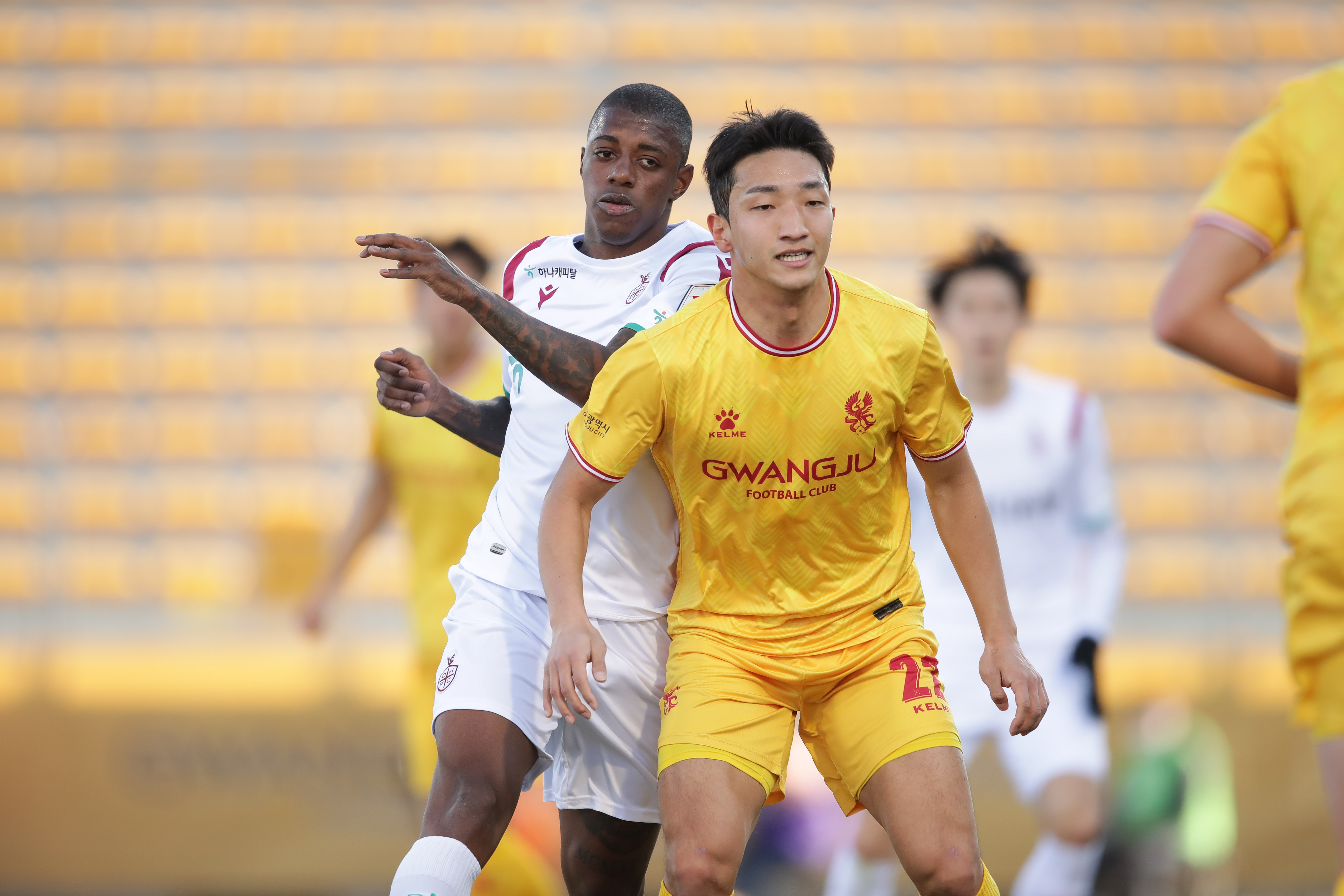 The 2022 Hana 1Q K League 2 campaign reaches the halfway point in midweek with teams due to take to the field in Round 22. The top two collide at Purple Arena on Tuesday where Daejeon Hana Citizen host Gwangju FC, Gimpo FC will be seeking back-to-back victories for just the second time as a K League club when Jeonnam Dragons visit Solteo Stadium, while Jonathan Moya will be looking to build on his brace last time out when FC Anyang face Bucheon FC 1995. 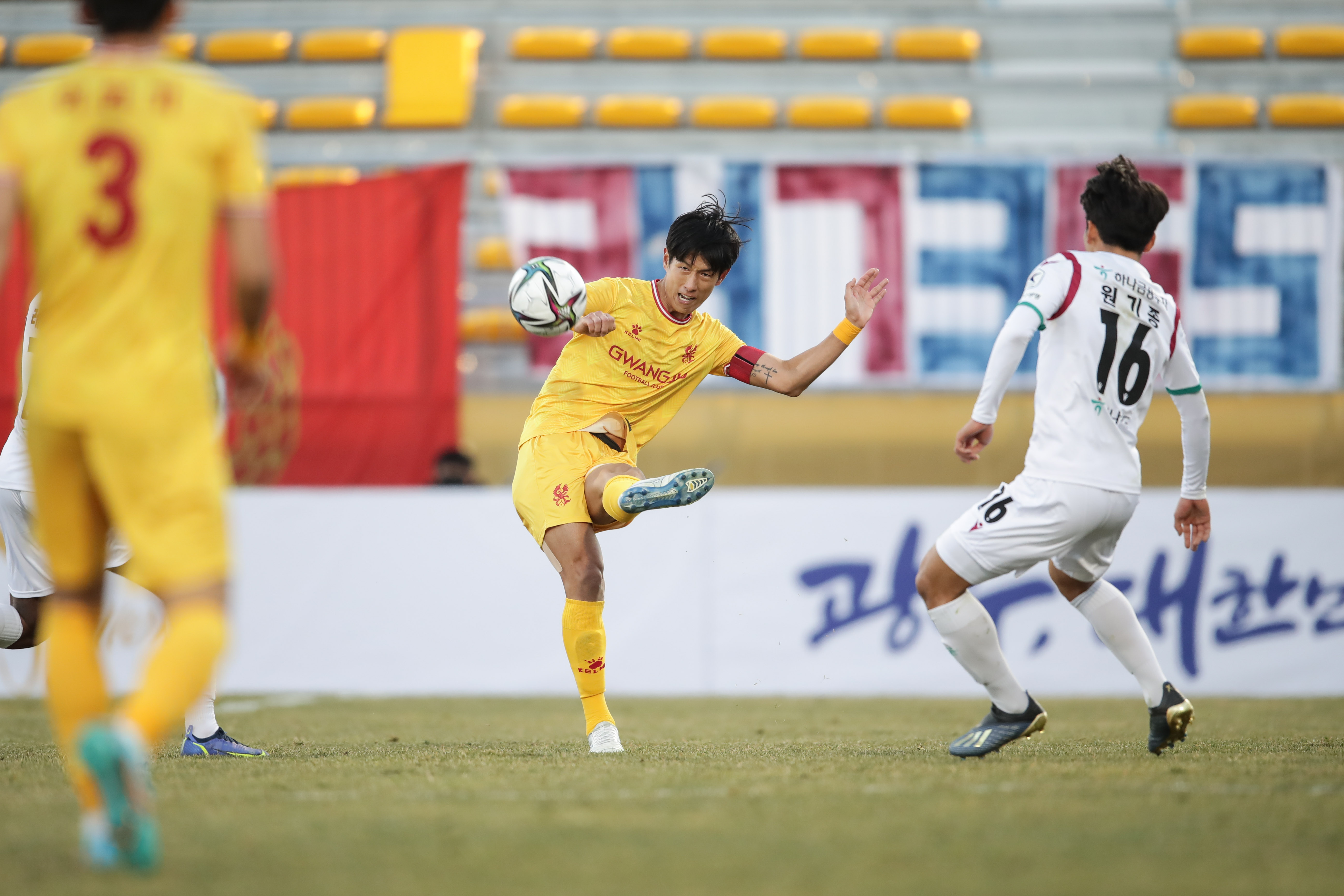 The top two collide this Tuesday when Daejeon Hana Citizen take on Gwangju FC. Both teams drew at the weekend but both teams will perhaps be feeling a bit different about how their respective stalemates. Daejeon let a two-goal lead slip away to FC Anyang to draw two-all while Gwangju came from behind away to Jeonnam Dragons to earn a share of the spoils with a 1-1 draw. Both teams earning a point each means the gap at the top of the table remains at nine points. With such a strong lead, a win for Gwangju would give Daejeon a mountain to climb in terms of the title race while three points for the Purples would put them right back into it.
Both teams have shown a willingness to shoot so far this term. Daejeon sit second in K League 2 for shots while Gwangju are third. Daejeon have had the most touches in the box while Gwangju round off the top five. Gwangju like to get crosses into the box and sit third in K League 2 in that regard and are first for accuracy, but Daejeon are first for aerial duel success rate. The first meeting this season ended in a 2-0 win for Gwangju, in a match that came on the second week of the new season. The previous meetings before that date back to 2019 when each team picked up a win and the other two games ended as draws. 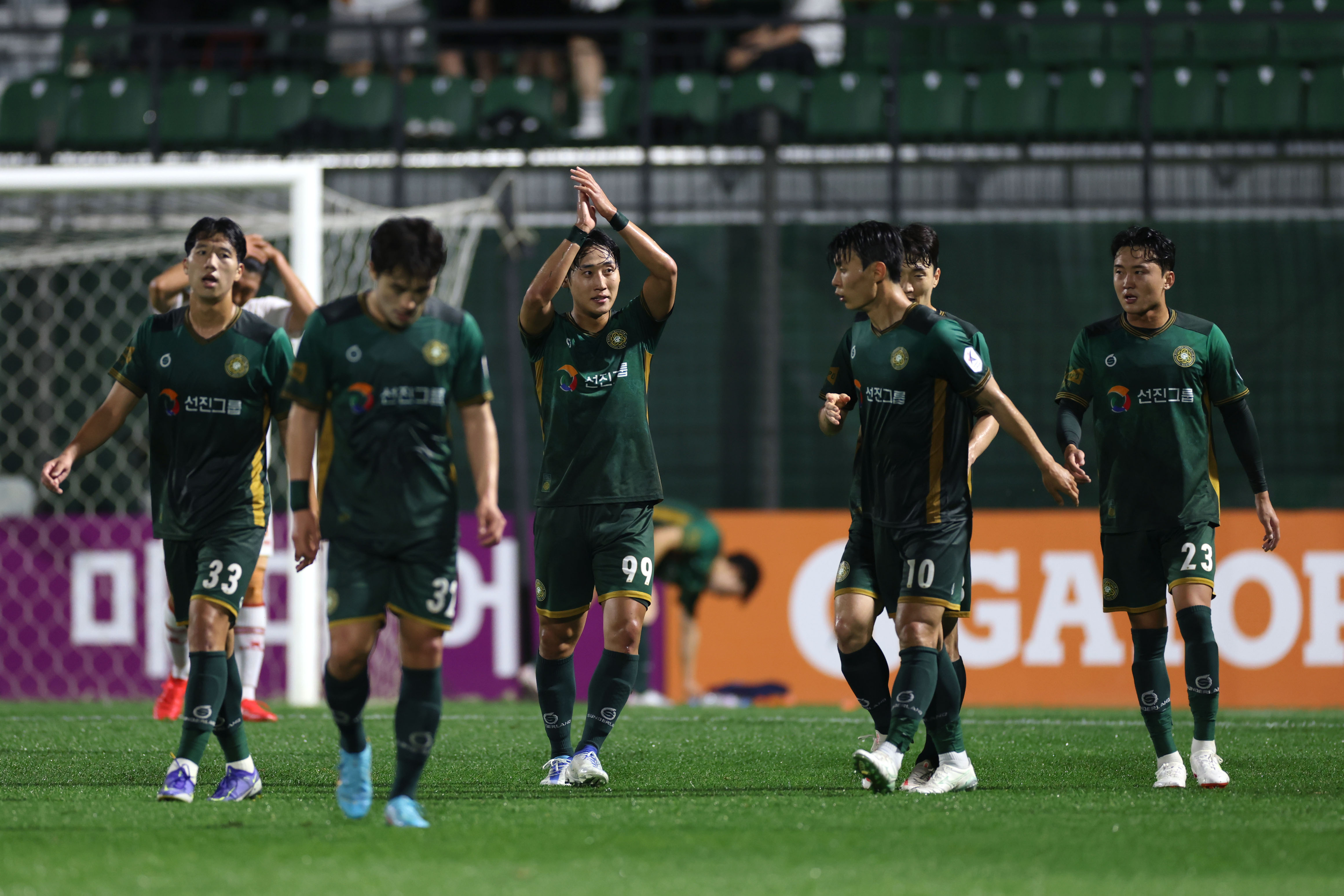 K League new boys Gimpo FC bounced back from the 6-1 defeat to Gyeongnam in the previous round by seeing off the challenge of Bucheon FC 1995 on Saturday, 2-1. Son Seok-yong scored two in 10 first-half minutes to have Ko Jeong-woon's side two goals to the good just shy of the interval. And neither a Han Ji-ho goal on the stroke of half-time nor a red card to Yun Min-ho were enough to prevent Gimpo from going on to seal all three points.
Gimpo games usually produce goals, The Gyeonggi Province outfit have scored 24, the fourth-most in K League 2 but they have also shipped the most at 37. Just over half of Gimpo's shots come from outside the penalty area, 103 of 202 - the third most in K League 2. Son Seok-yong has been Gimpo's busiest striker, sitting fifth in the league for shots made. Up next for Gimpo is the visit of Jeonnam Dragons on Tuesday night. Both teams are locked on 19 points and sit within a place of each other in the table. Gimpo won the first meeting of 2022 2-0, Son Seok-yong and Han Jeong-woo on target. 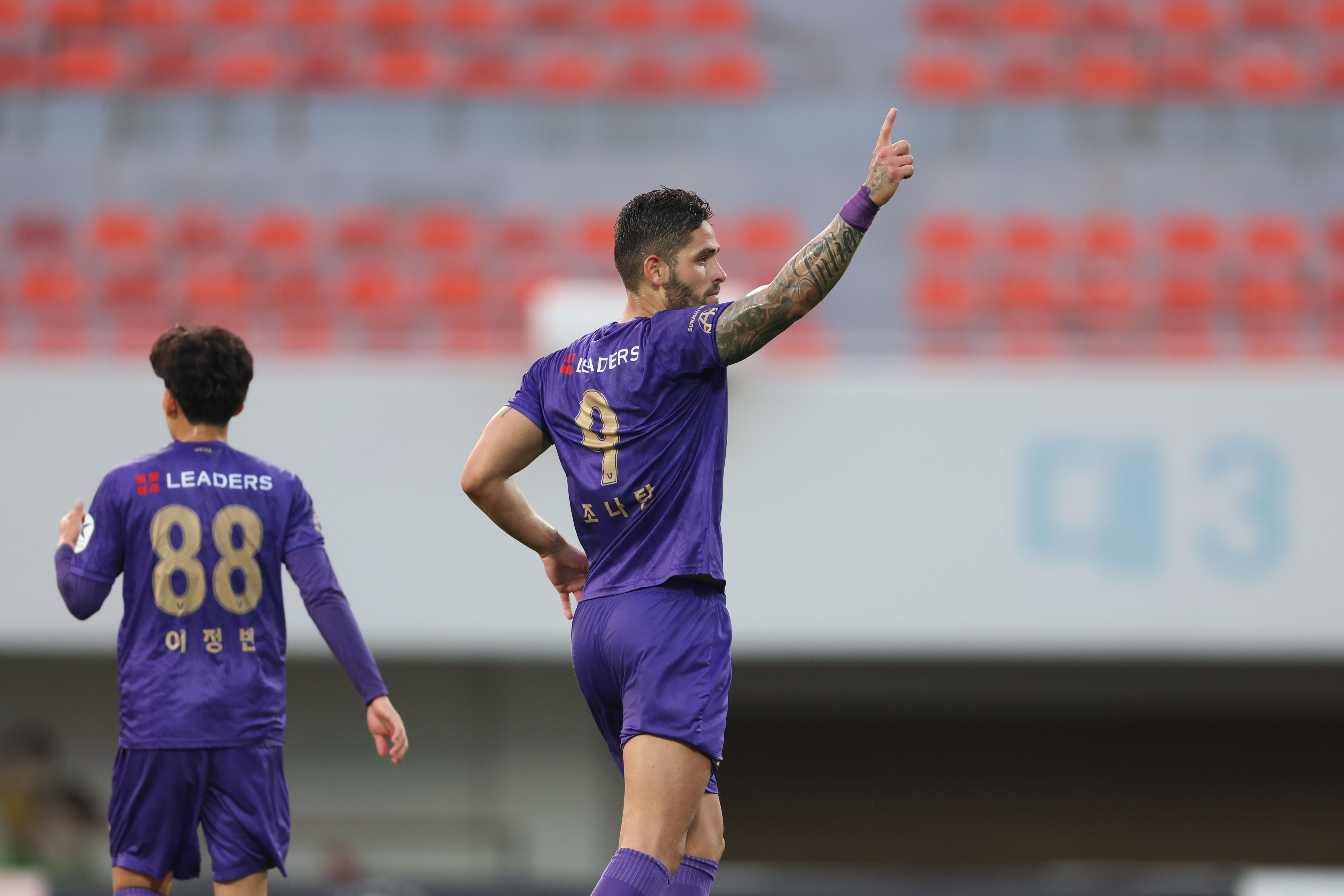 A brace for FC Anyang's Costa Rica international Jonathan Moya on Saturday earned a late draw at home to Daejeon. While the Violets are still on a run of one win in five, the injury-time winner will have given both Moya and Anyang a boost. Moya is now on six goals for the season and ended a six-week goal drought. His goals have earned Anyang five extra points by turning defeats into draws or draws into wins, the difference in being fourth or seventh. Moya is performing more or less as expected in terms of expected goals with six from an xG of 5.84. He also ranks fifth in the division for touches in the box.

Elsewhere in K League 2 Round 22

Among the other games to keep an eye on in midweek, Gyeongnam FC take on Chungnam Asan on Wednesday. Gyeongnam are looking to break into the top half whereas Chungnam Asan are fighting to keep their place in the playoff places.
Elsewhere, Seoul E-Land take on Ansan Greeners looking to end a run of consecutive draws. The Leopards have drawn their last four and are without a win since mid-May, the 3-1 victory over Gimpo FC in Round 16. Ansan, meanwhile, beat Bucheon 3-0 in their last game and sat the weekend out and so will be ready and raring to go come Wednesday night.
[READ: 2002 World Cup Rewind: So Jun-il Interview]