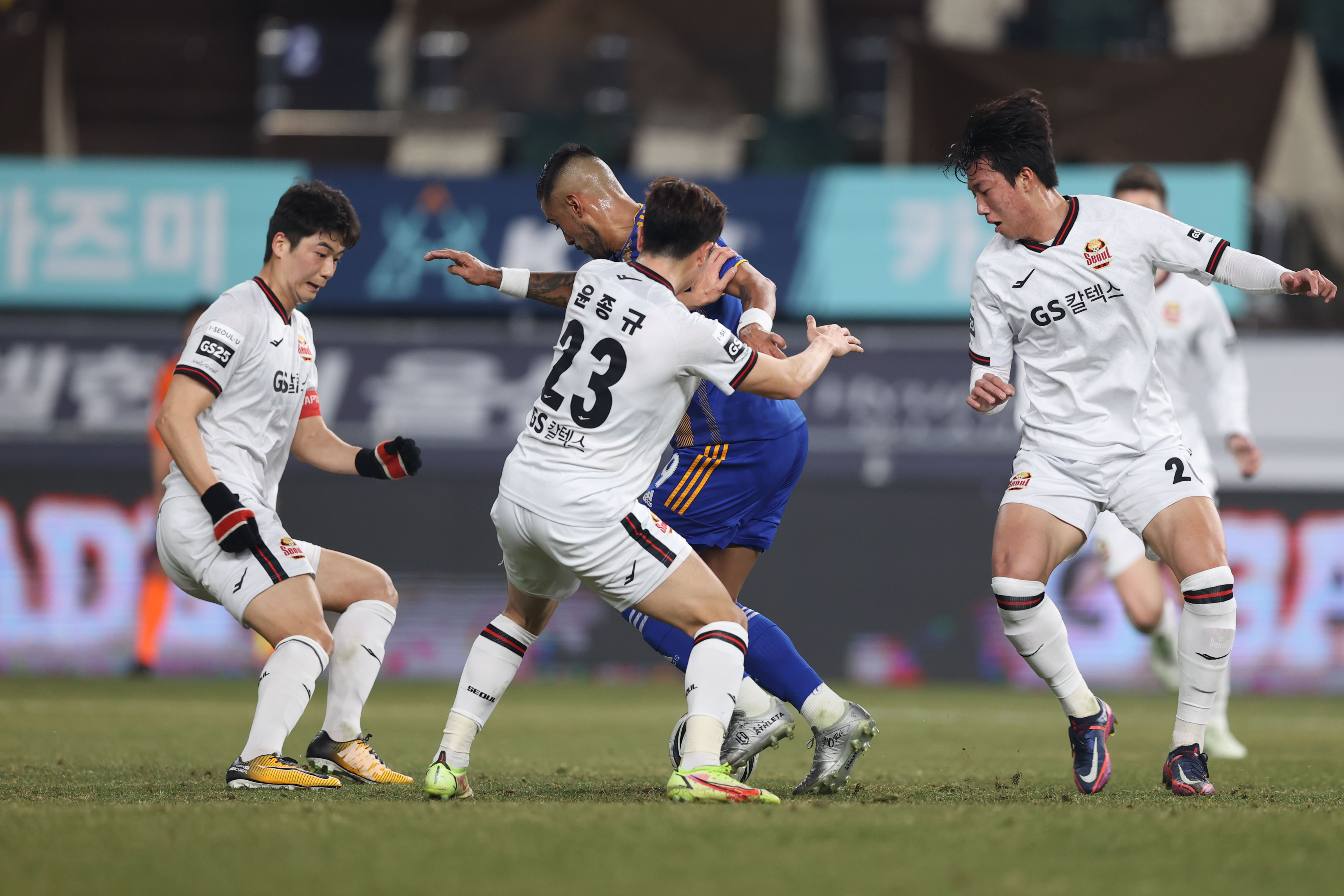 Double game weeks are back already with the 2022 Hana 1Q K League 1 season reaching Round 17. There are no shortage of big matches, too, with FC Seoul taking on Ulsan Hyundai, Jeonbuk Hyundai Motors taking on Suwon Samsung Bluewings, and Daegu FC taking on the Team of the Round Jeju United to name just a few. Keep an eye on Lee Seung-woo of Suwon FC who is looking to score in three straight matches for the first time this season. 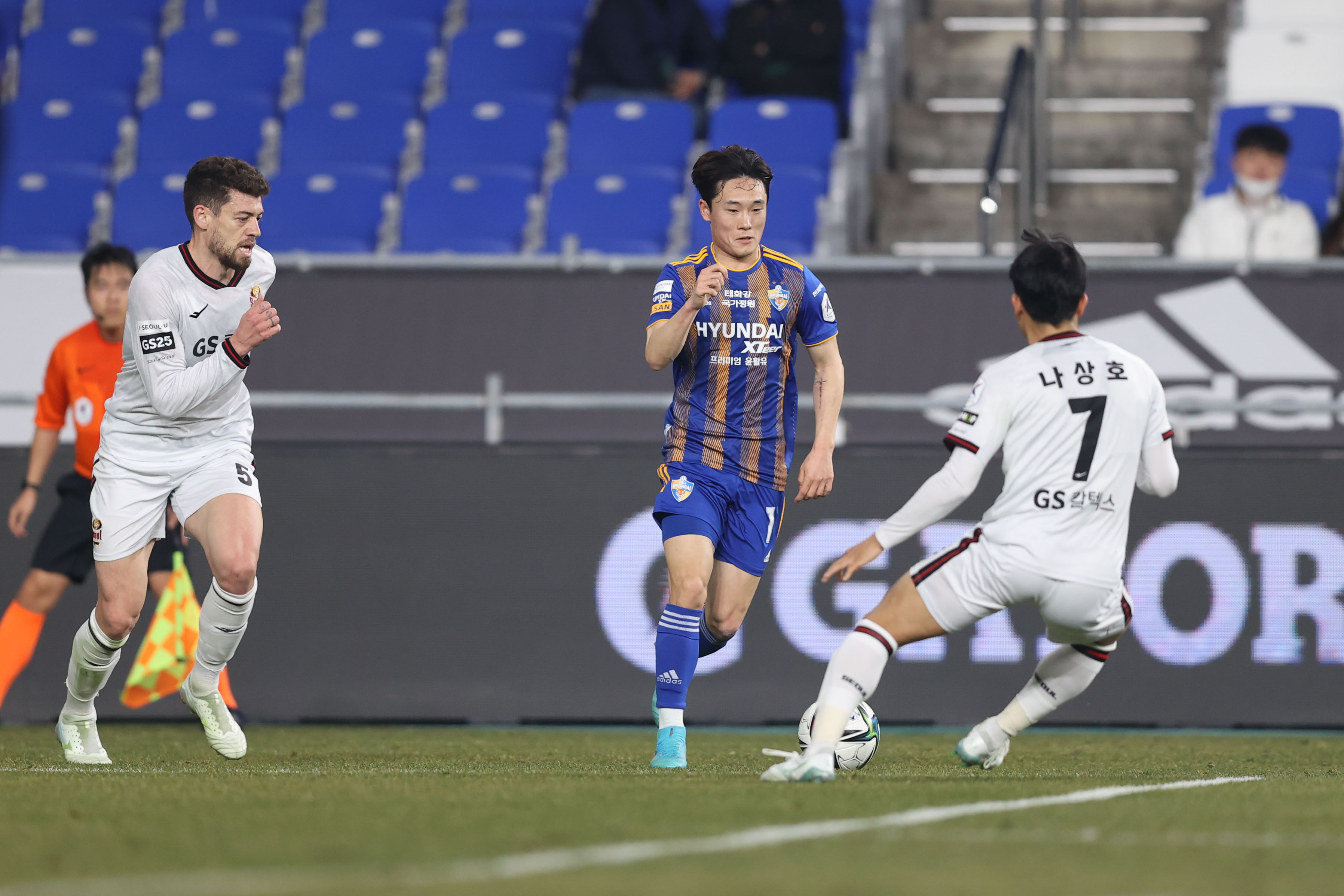 League leaders Ulsan Hyundai make the long trip north to the capital to take on FC Seoul this Wednesday night looking to bounce back from the loss to Jeonbuk on Sunday. The Horangi conceded three in the first half to lose 3-1 and end their five-match unbeaten run. With Jeju also winning, Ulsan's lead was cut to seven points. FC Seoul, meanwhile, beat rivals Suwon Samsung Bluewings 1-0 in Sunday's late kick-off Super Match. A Cho Young-wook header at the back stick from a Park Dong-jin cross the difference between the two teams. Seoul are now on a run of three unbeaten in all competitions with two wins.

But FC Seoul welcome the league leaders to Seoul World Cup Stadium this Wednesday night looking for a first win over the Horangi since the end of 2017, 14 meetings ago. Cho Young-wook has scored in each of the last two meetings but both ended in 2-1 Ulsan wins and so the Korean youth international will be hoping it's third time lucky this Wednesday. A win for Seoul could move them into the top half of the table, proving that Daegu FC drop points against Jeju United. A win for Ulsan, however, would maintain the Horangi's healthy lead at the top of the table. 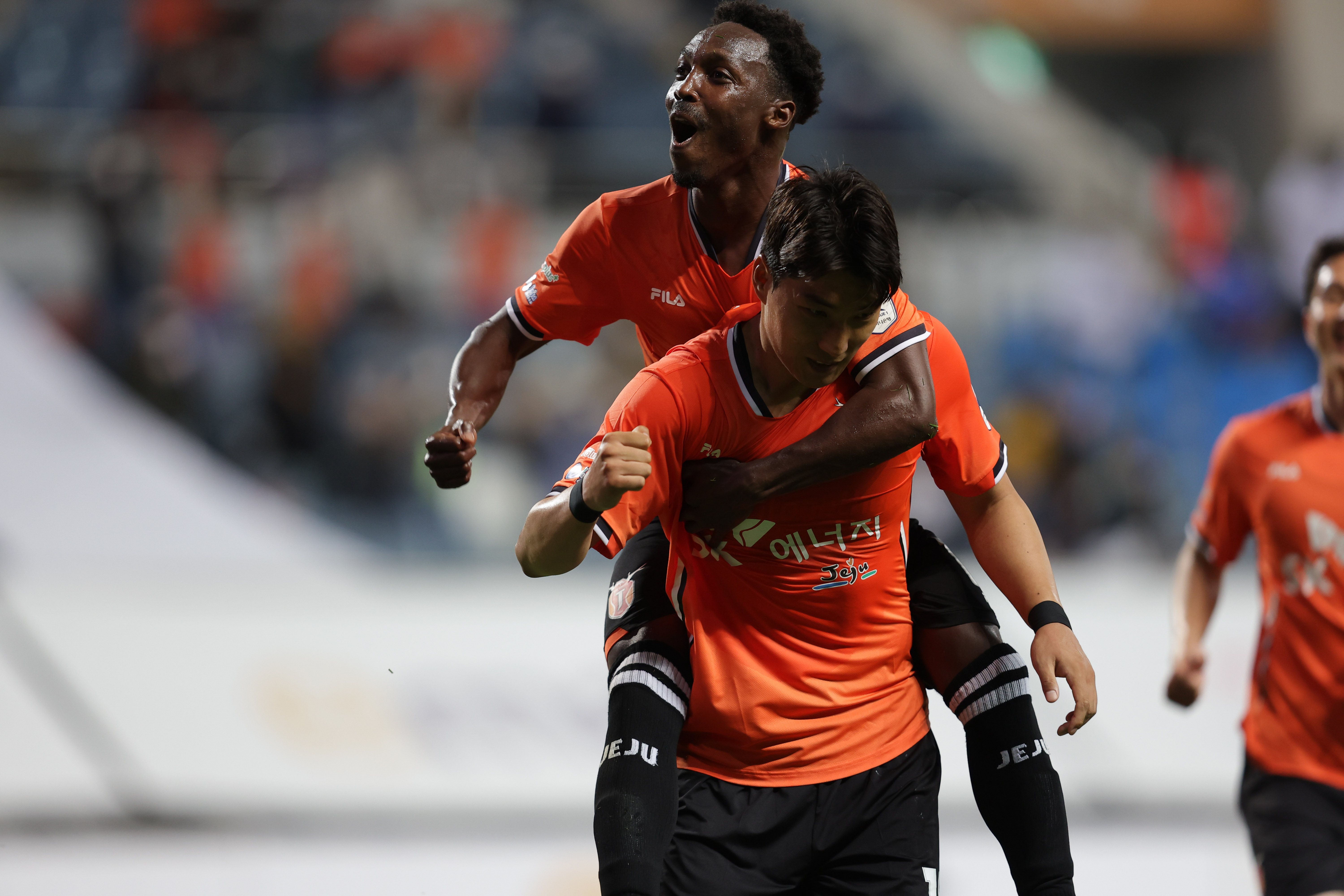 A Joo Min-kyu goal in the 88th minute at home to Incheon United on Saturday secured a 2-1 win for Jeju United. Joo is now on 10 for the season, just one behind K League 1 top scorer Stefan Mugoša. But for Jeju, Nam Ki-il's men have since moved back up to second place after Pohang had momentarily gone above them. Another positive for Jeju was a goal from Guinea-Bissau forward Geros Fernandes who gave the islanders the lead 33 minutes in.
Jeju's expected goals (xG) is 22.05 and so with 20 goals scored this term, are slightly under-performing in that regard. The law of averages, though, would suggest that United will be expected to put away those chances. No side has had more shots in K League 1 this season than Jeju but accuracy has been an issue, the third-worst in fact. This could be explained by the fact that Jeju sit top in the division for shots dispatched outside the box. Joo Min-kyu remains their sharpest shooter and with 41.67% accuracy, that's enough to sit 12th in the division. Gerso Fernandes is just below him, though, with 41.38%. The duo also sit in the top five for touches in the box, Fernandes second and Joo third. This Tuesday, Jeju United take on Daegu FC - a side which is unbeaten in five but with just one victory. 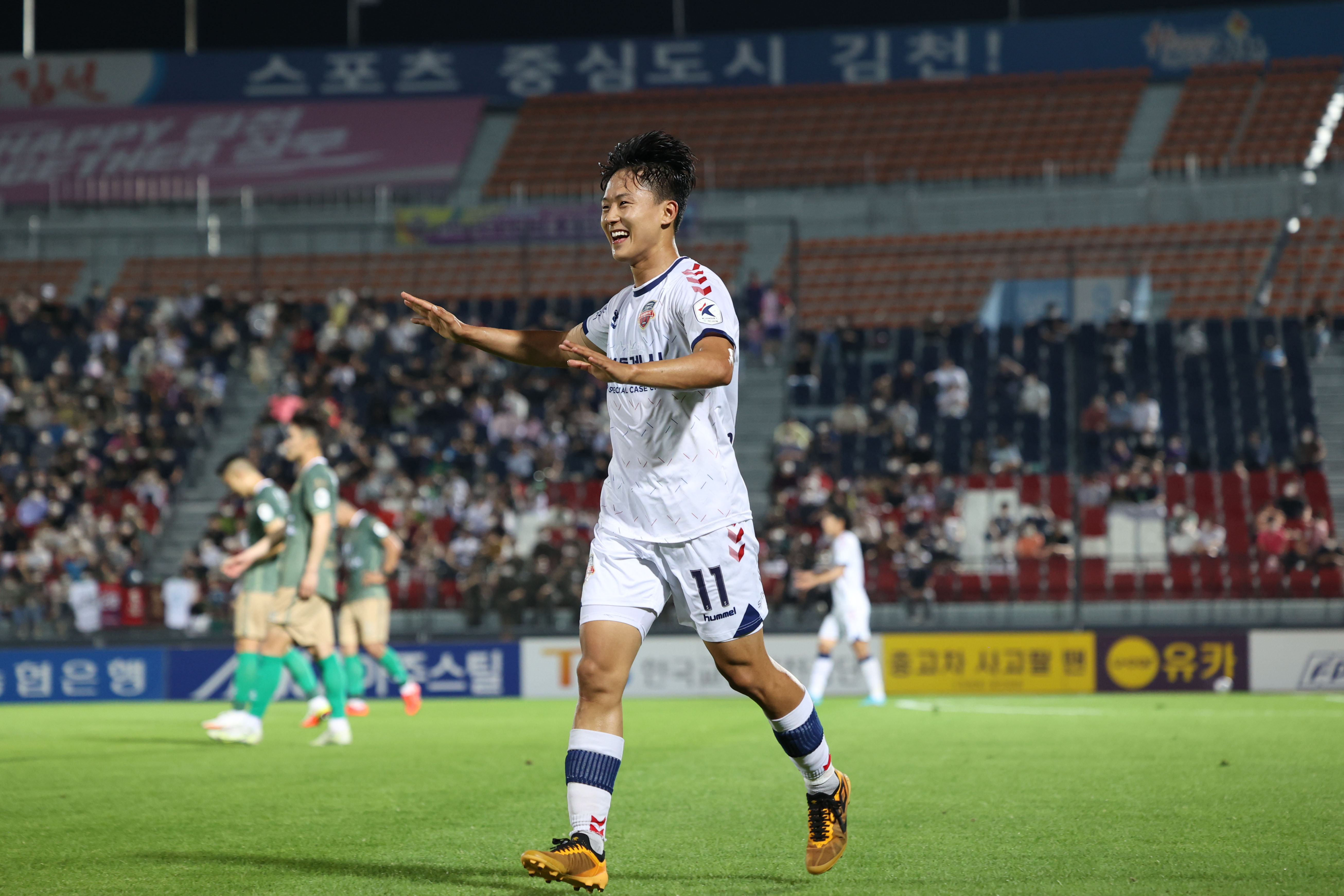 Suwon FC star Lee Seung-woo nodded home the winner for his team last time out, sealing a 1-0 win away to Gimcheon Sangmu on Friday night. It was Lee's sixth goal of the season and helped his team onto a first win in seven matches. Lee's goals have helped Suwon earn seven extra points in terms of turning defeats into draws or draws into wins. But it's not just his goal-scoring ability which has been a real asset to Suwon this season as Lee also sits in the top four in K League 1 for key passes.
The challenge for Lee will be to find the net in three straight matches for the first time this season. The 24-year-old has bagged in back-to-back games three times this season, showing he has the tendancy to follow up one goal with another in the following match as was the case in rounds five and six, nine and ten as well as 15 and 16.  Up next for the former Barcelona youth and Suwon FC is the visit of Pohang Steelers on Wednesday night. Pohang were also in action on Friday, sealing a 3-1 win at home to Gangwon FC.

Elsewhere in K League 1 Round 17

In the pick of the action elsewhere, Jeonbuk Hyundai Motors return to Jeonju Castle to take on Suwon Samsung Bluewings. Jeonbuk will no doubt be buoyed by the 3-1 win over Ulsan last time out while Suwon will be looking to get back to winning ways after the 1-0 Super Match loss to FC Seoul on Sunday. There's seldom a lack of drama in this fixture, whether it be goals or red cards. There have been 14 goals scored in the last five meetings, or, on average, 2.8 goals per match.
Two sides desperate for a return to winning ways in Gimcheon Sangmu and Seongnam FC meet on Tuesday. Gimcheon lost to Suwon FC on Friday night and are now on a run of six without a win with four losses. Kim Tae-wan's men have now slipped to ninth while Seongnam remain bottom of the table. The Magpies earned a 1-1 draw with Daegu last time and have just announced the signing of Montenegro international midfielder Miloš Raičković who could be in line to make his debut.
Capping off the midweek action, Incheon United host Gangwon FC. Incheon should be able to welcome star striker Stefan Mugoša back from international duty. Incheon lost to Jeju last time out and will be seeking just a second win in nine.